Week of a Lifetime
by ILikePike

Trip Type: Paddling Canoe
Entry Date: 08/01/2008
Entry & Exit Point: Clearwater Lake (EP 62)
Number of Days: 3
Group Size: 6
Part 2 of 4
August 1, 2008. We woke up in the car at 5am and had a quick drive up the gunflint trail. We arrive at EP 62 Clearwater Lake around 6am with a beautiful day ahead of us. After 15 minutes or so we launched the canoe while there was still a fog on the lake. There was no wind so paddling was a breeze with the glass-like water. The paddle to the portage to Caribou was only 20 minutes. A swarm of mosquitoes greeted us as we arrived. We single portaged because we had all the gear but one pack at the campsite. A fairly flat portage but there was a lot of standing water that was almost impossible to avoid. My shoes were soaking wet and muddy by the time it was over. My dad told me that he and the others camped in the site 689(the one in the middle). It was a nice site with slanted tent pads, great bear tree, kitchen area with log seating, and good camp fishing. The others greeted us around 7 o'clock. I told them that we got second place in the tournament. 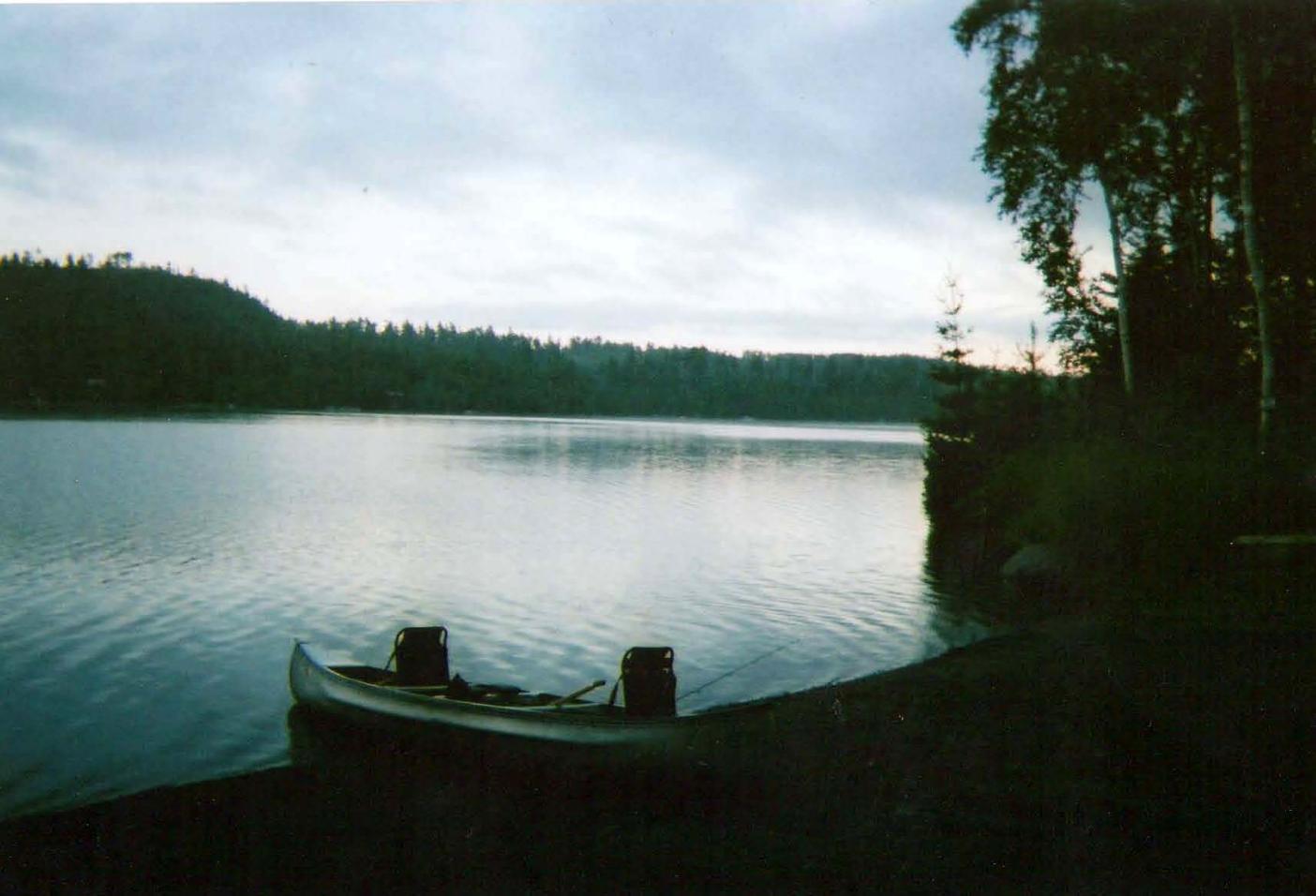 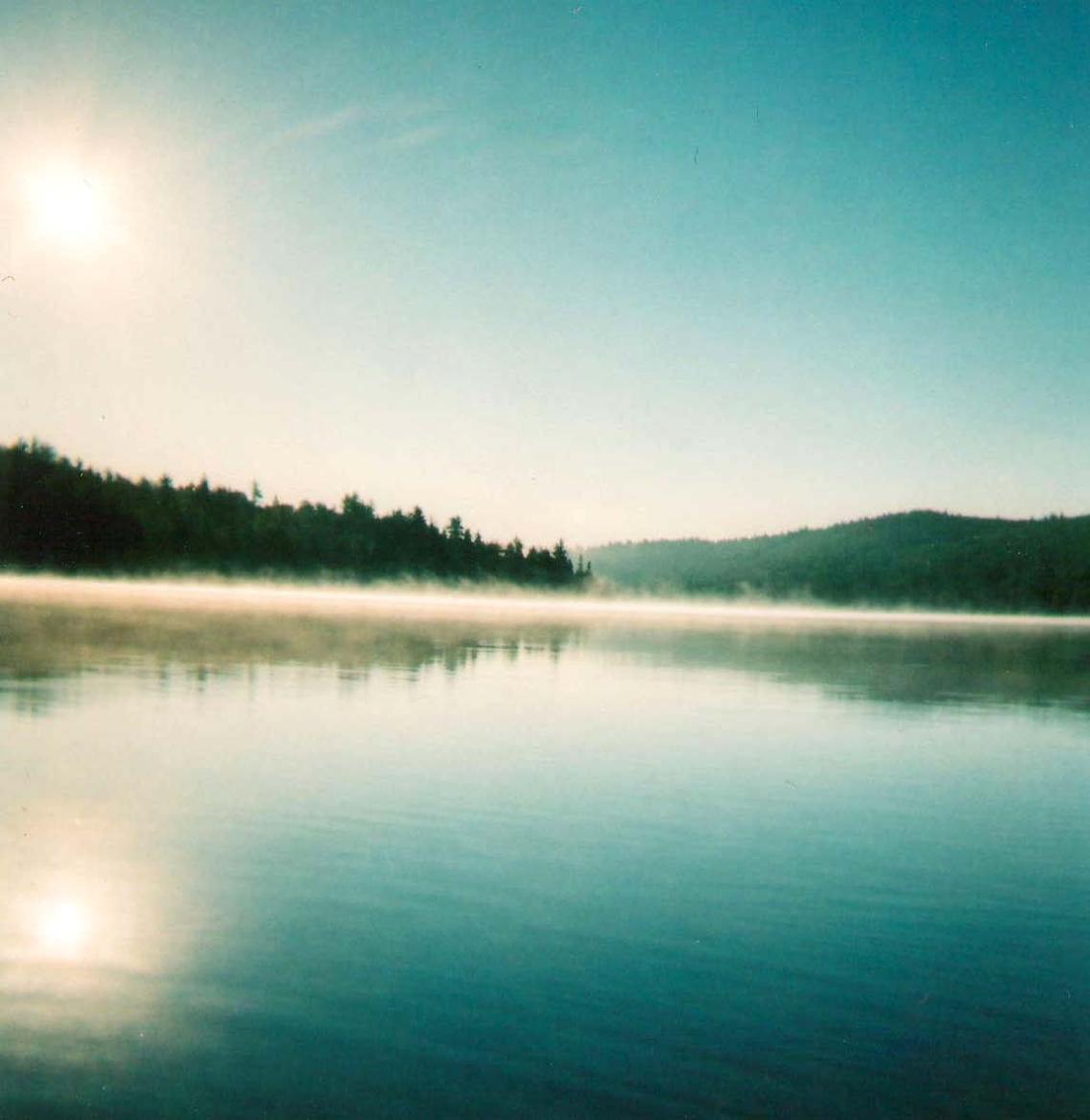 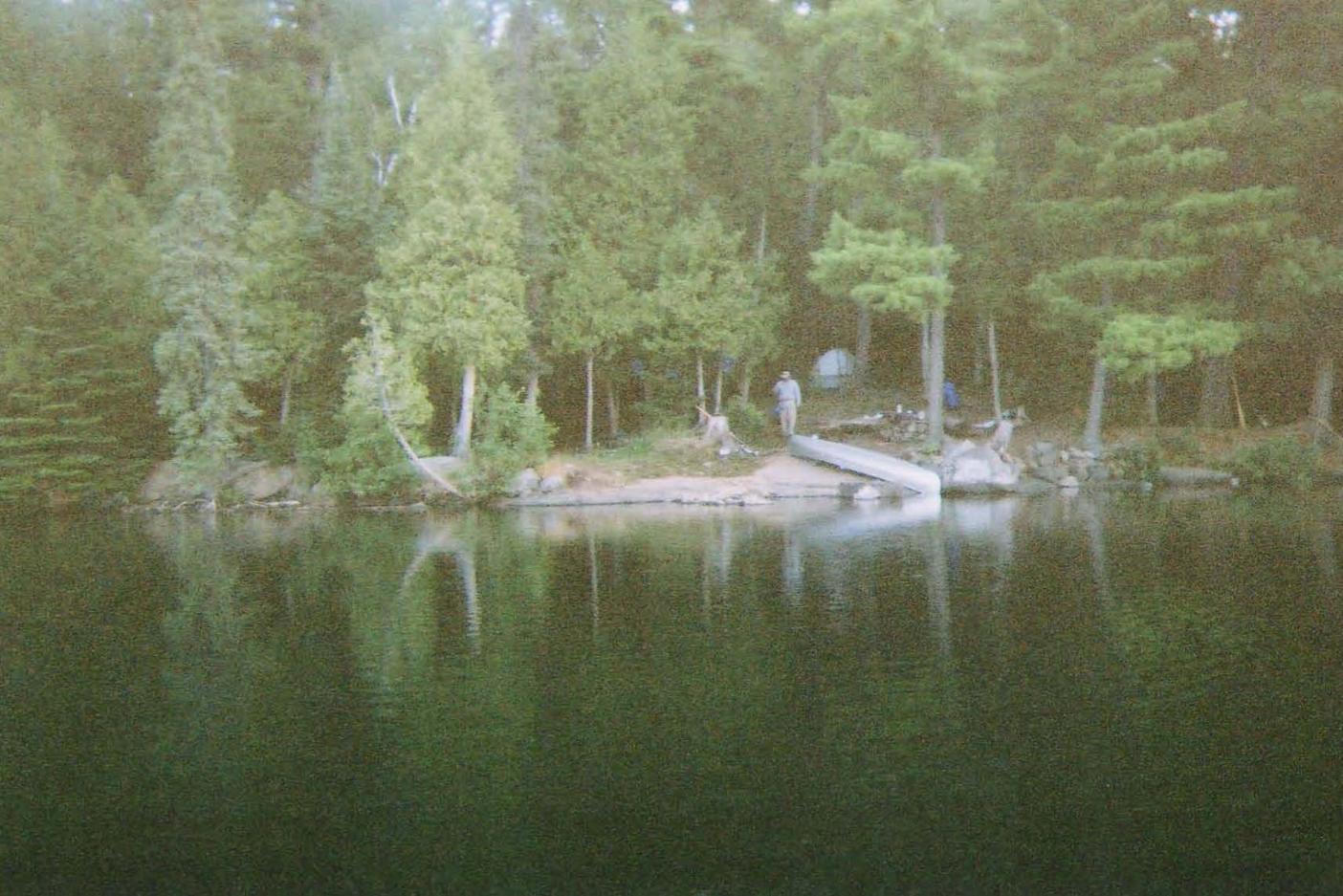 A fast breakfast of poptarts and oatmeal and I was off fishing with my uncle Tom. We started fishing a quarter mile east of camp where it drops off. Not long I hook up with a decent 28" northern. Good way to start off the trip for me. We fished around that area for an hour or so and caught 6 fish, 5 smallmouth and 1 northern. We were all going to head to Johnson Falls so we fished our way down. My uncle George caught a nice 18" smallie right after the simple portage into Little Caribou. Tom and I caught a few smallies and pike before we headed to the Pine lake portage. The site on Little Caribou is a dandy 5 star site that is highly elevated above the water. 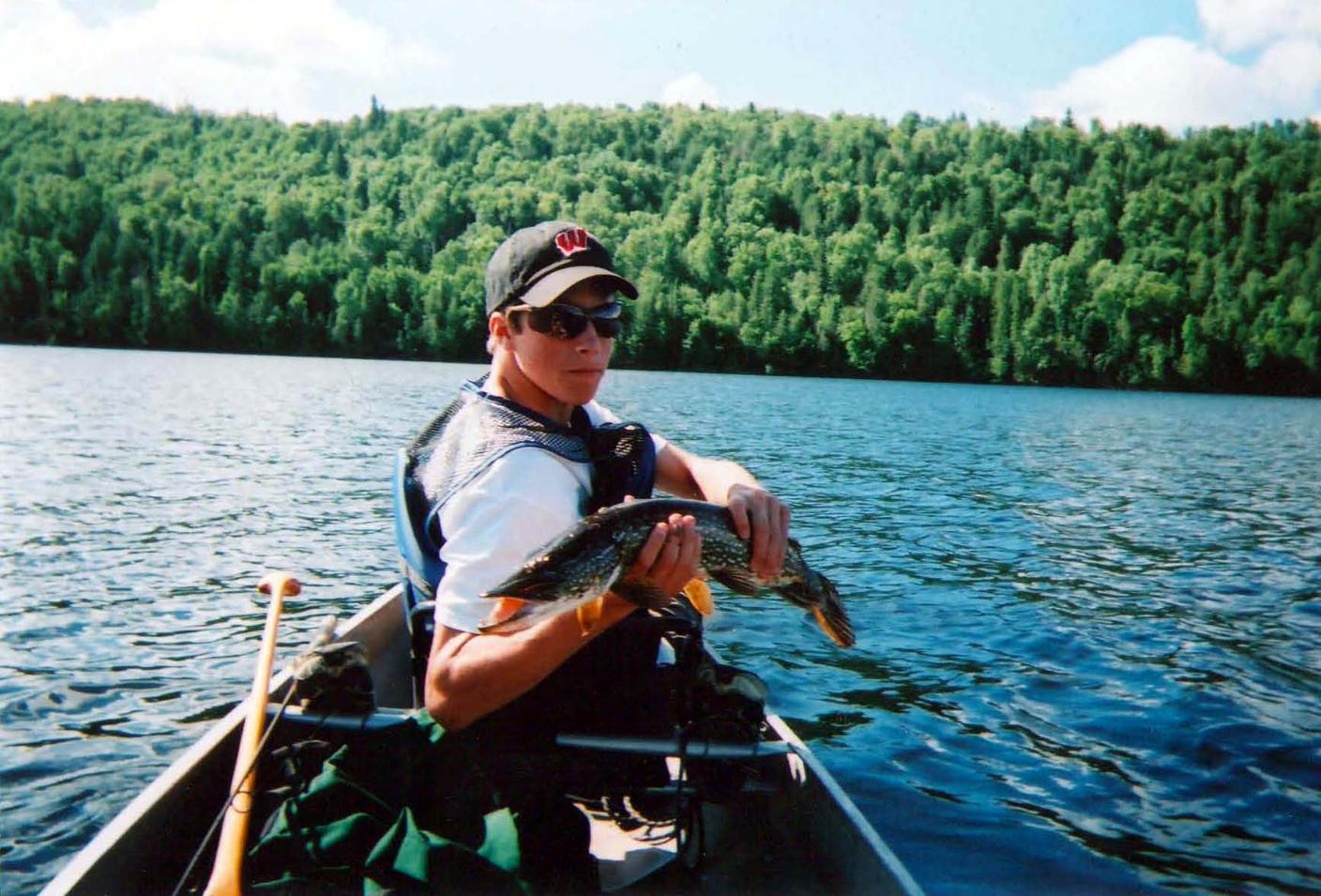 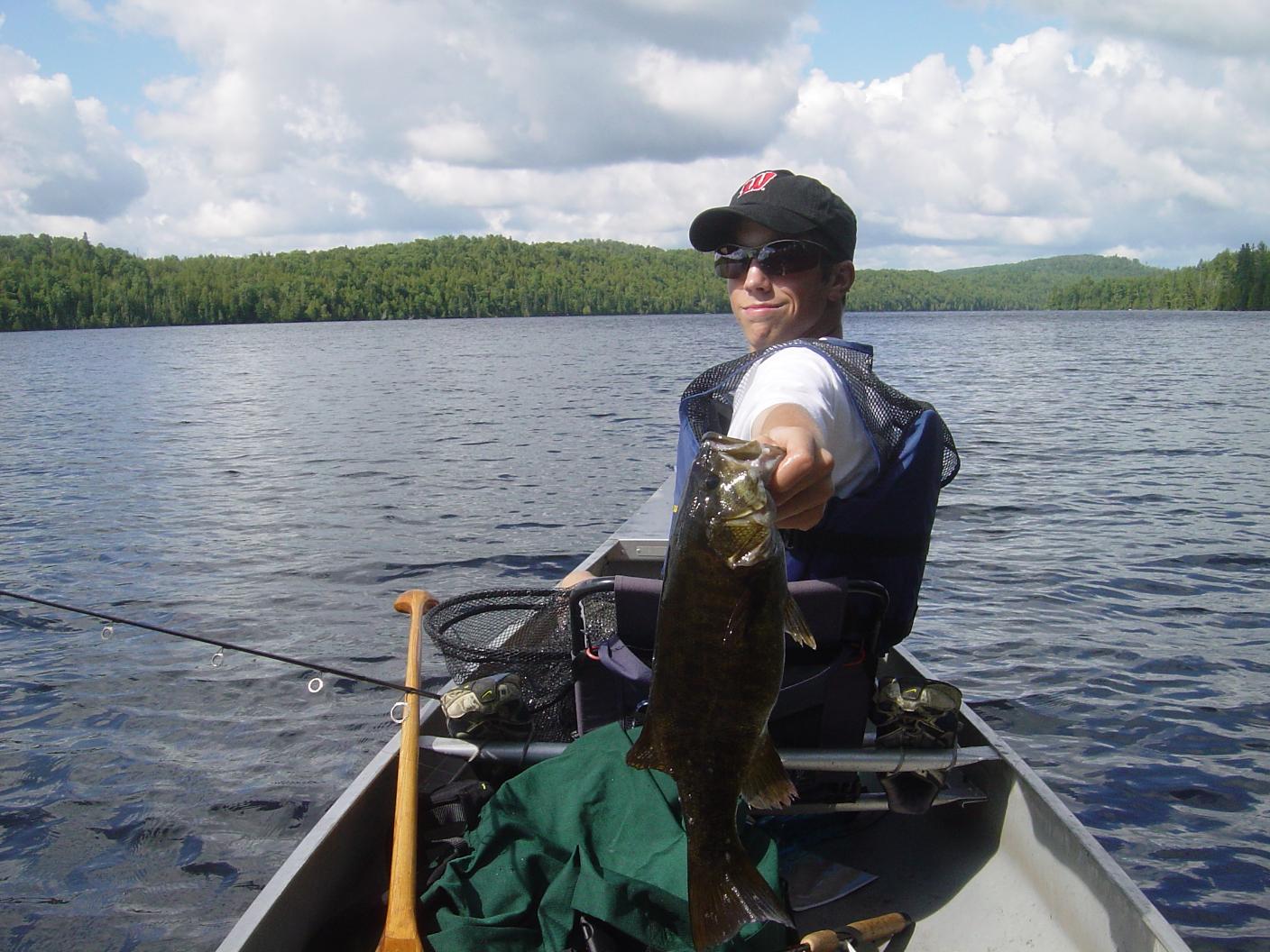 All six of us met up at the beginning of the Pine Lake portage, and we leave our gear at the beginning of the portage and make our trek to Johnson Falls. After the portage we see I little trail that we believe heads to Johnson Falls. We have to wade across the river to get to the actual trail. We could hear the roaring getting loader and louder and finally it appeared. What a gorgeous site both the upper and lower falls. My dad and I climbed up the trail beyond the upper falls to see what led into it and being the adventurous people we are, we saw a cow and a calf moose in the weedy brook. I stayed there and stood still for 15 minutes so my dad could get the rest of our group to see them. Only George and my uncle Gene wanted to see the moose and it was the first moose they've ever seen. After that great experience, we headed straight back to our camp to eat dinner. 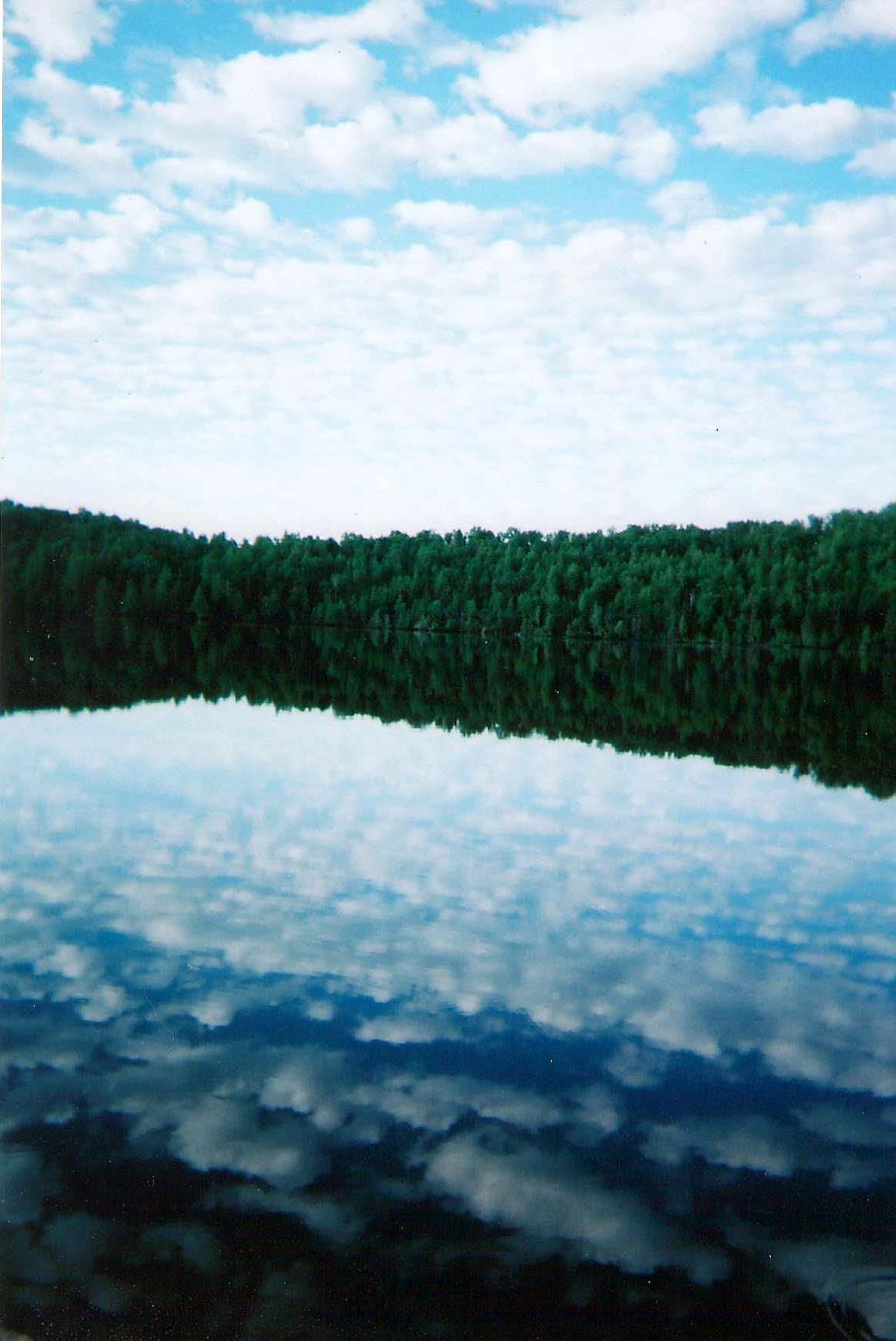 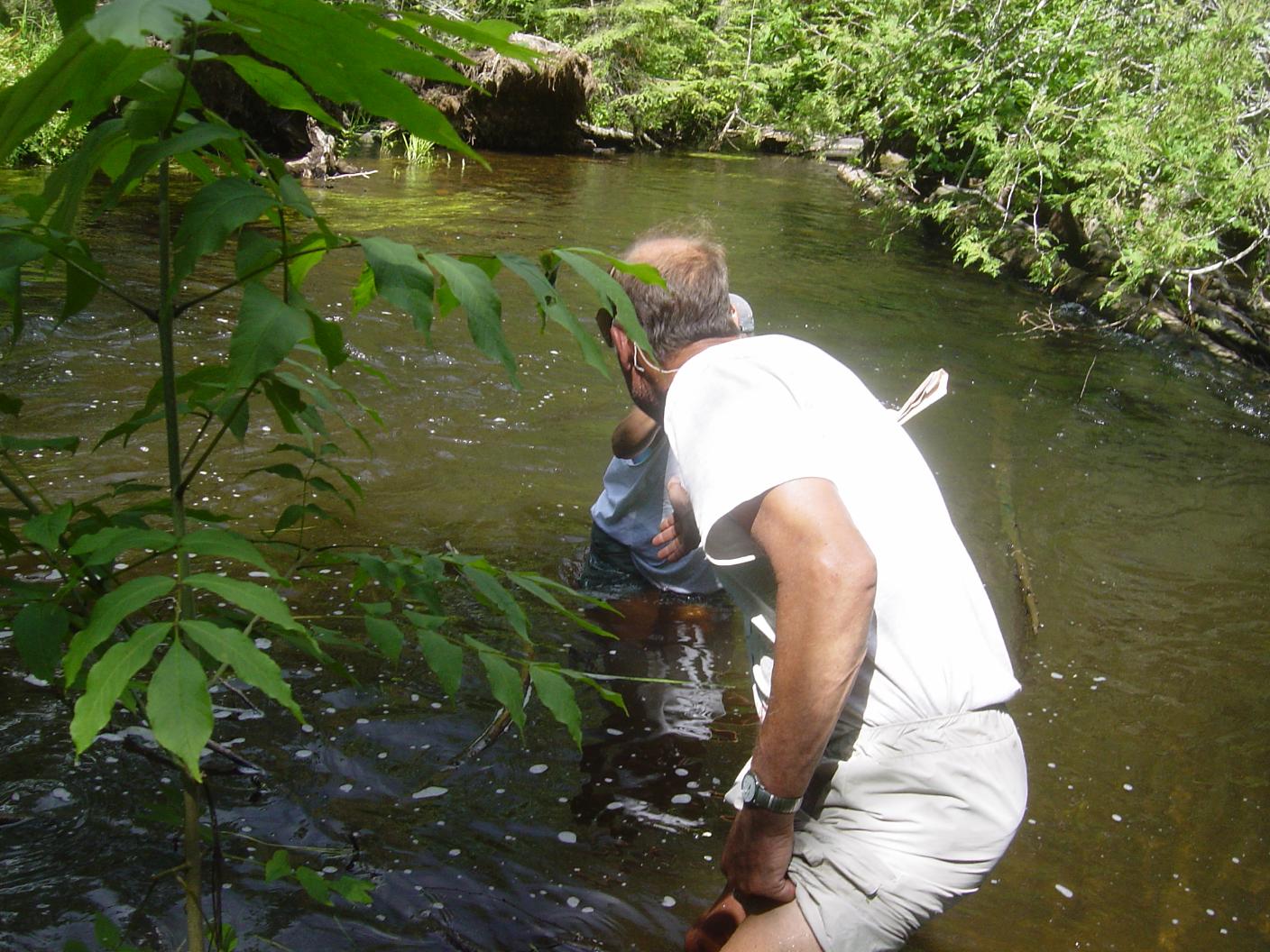 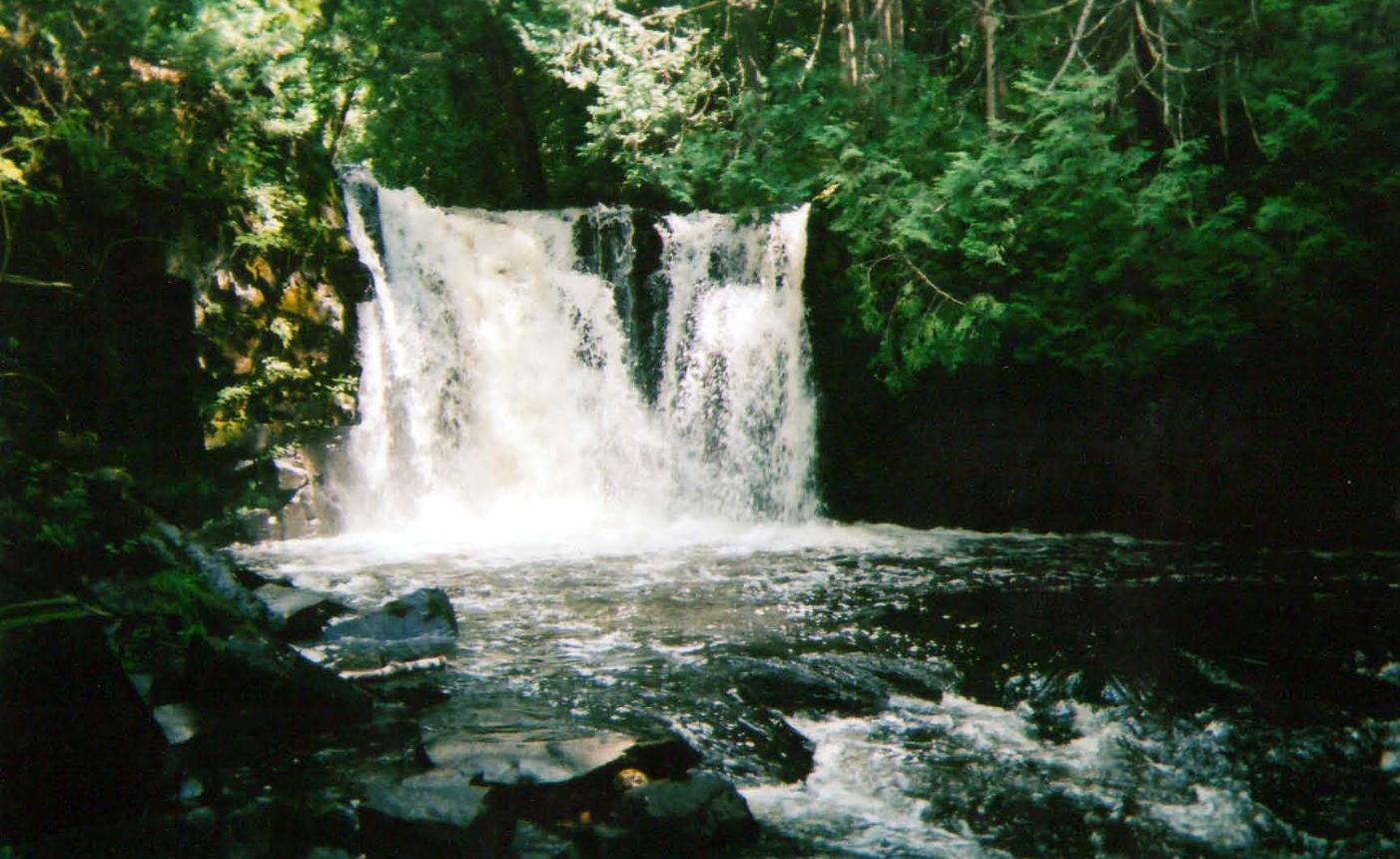 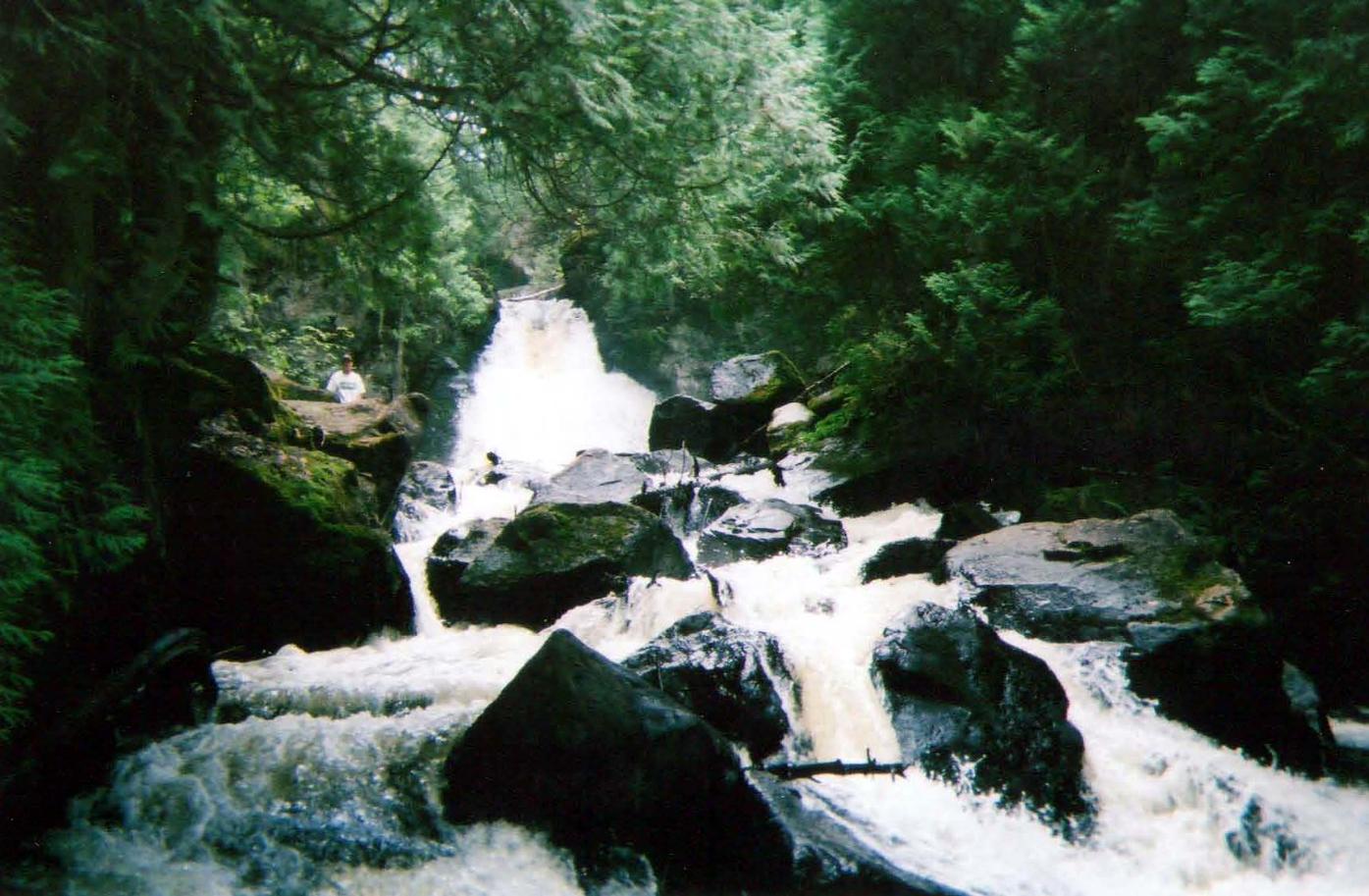 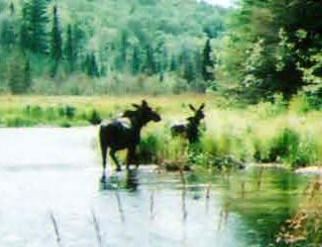 Spuds and rice on the menu with the dessert of strawberry cheesecake(easy to make with powdered milk and well worth it during a long trip). After dinner my uncle George and I went out fishing. It was dead calm so we fished with topwater lures hoping for some action near camp. A few little smallmouth and we headed directly south by where the creek from Deer Lake comes in. Caught some smallies and hammerhandles, and trolled back to camp in the pitch dark. We made a fire at camp and went to bed shortly there after. 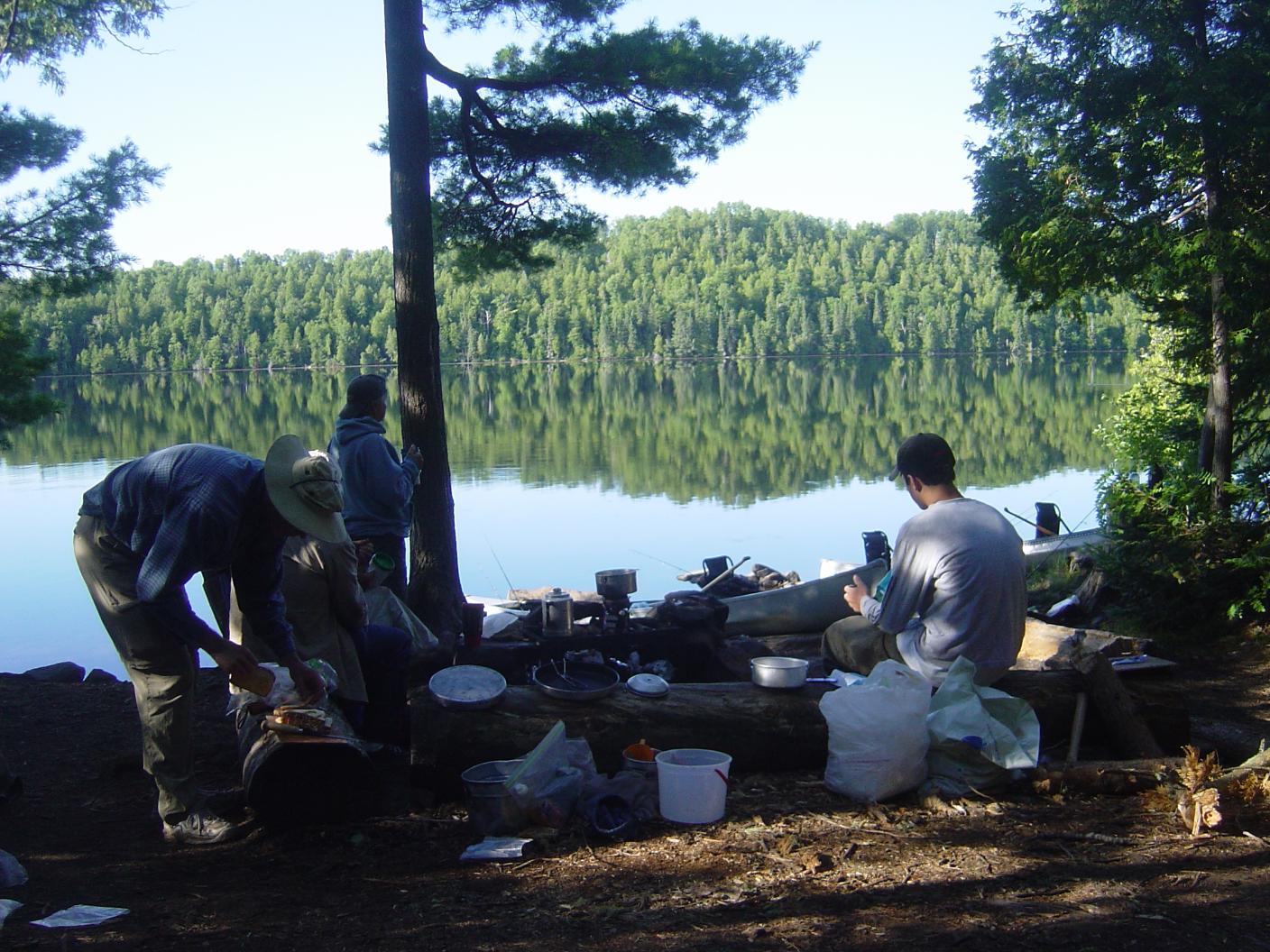