After looking at the maps again Monday night and hearing the weather report we became alot more confident that we could do the loop through to the Pike lakes and John lake. Our plan then was to start early and get as far down Mountain as we could and camp for the night. There are 3 portages that skirt the base of Moose Mountain with a little bit of paddling in between. 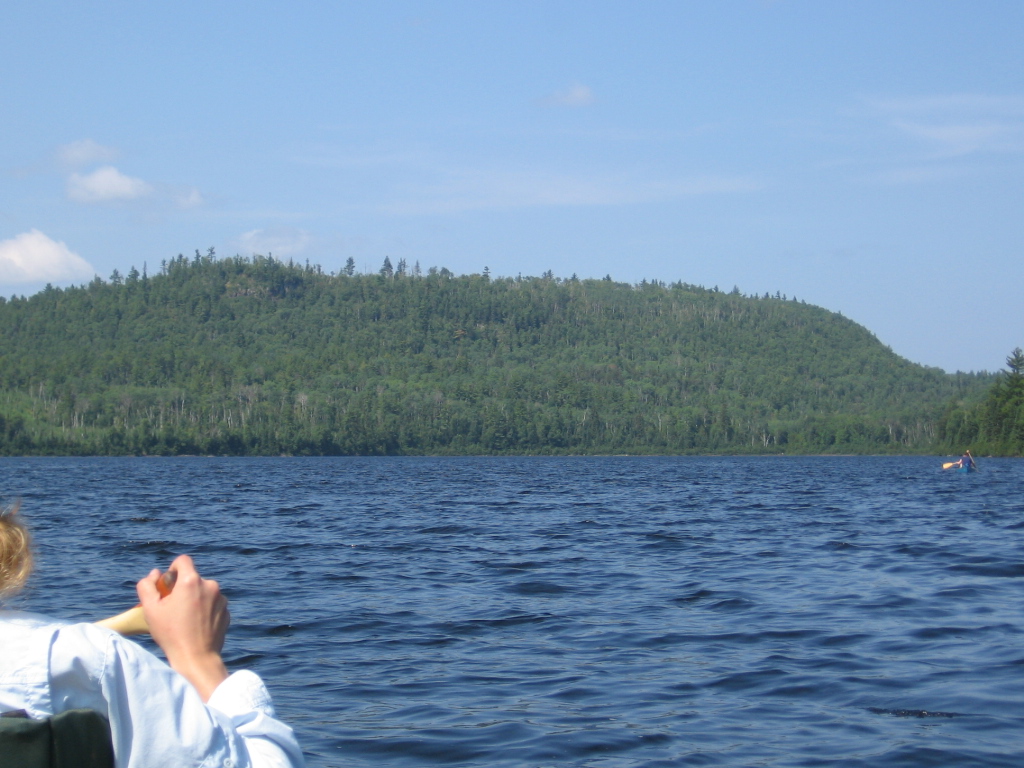 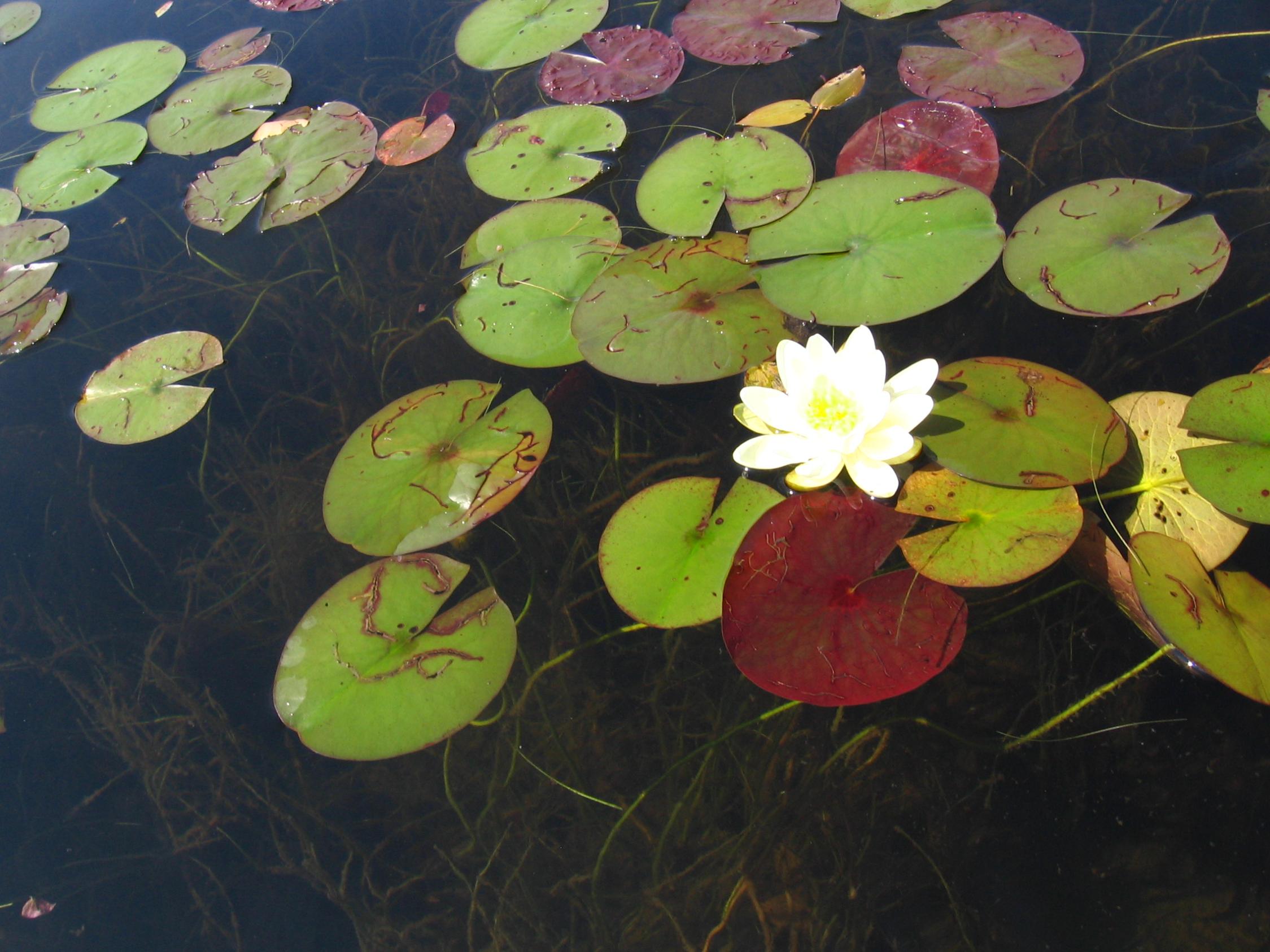 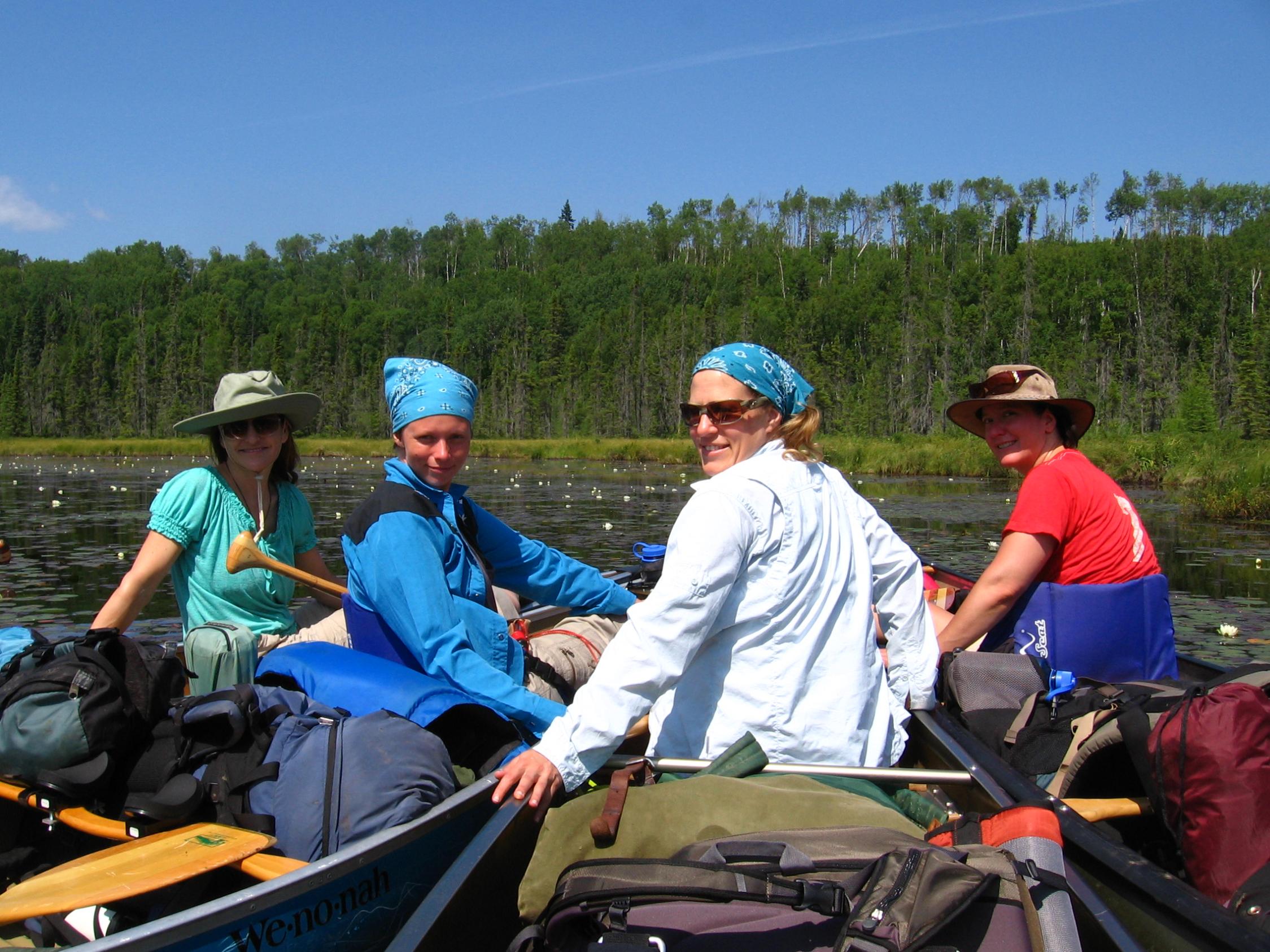 After getting through the portages and talking to another group heading the other way(they had 8 people also), our weary muscles and the report that the first campsite on Mountain was great talked us into going no further that day. We took the first site which was at the base of the mountain. It was a beautiful site, the only slight problem is the latrine is about 30 rods straight up the mountain! 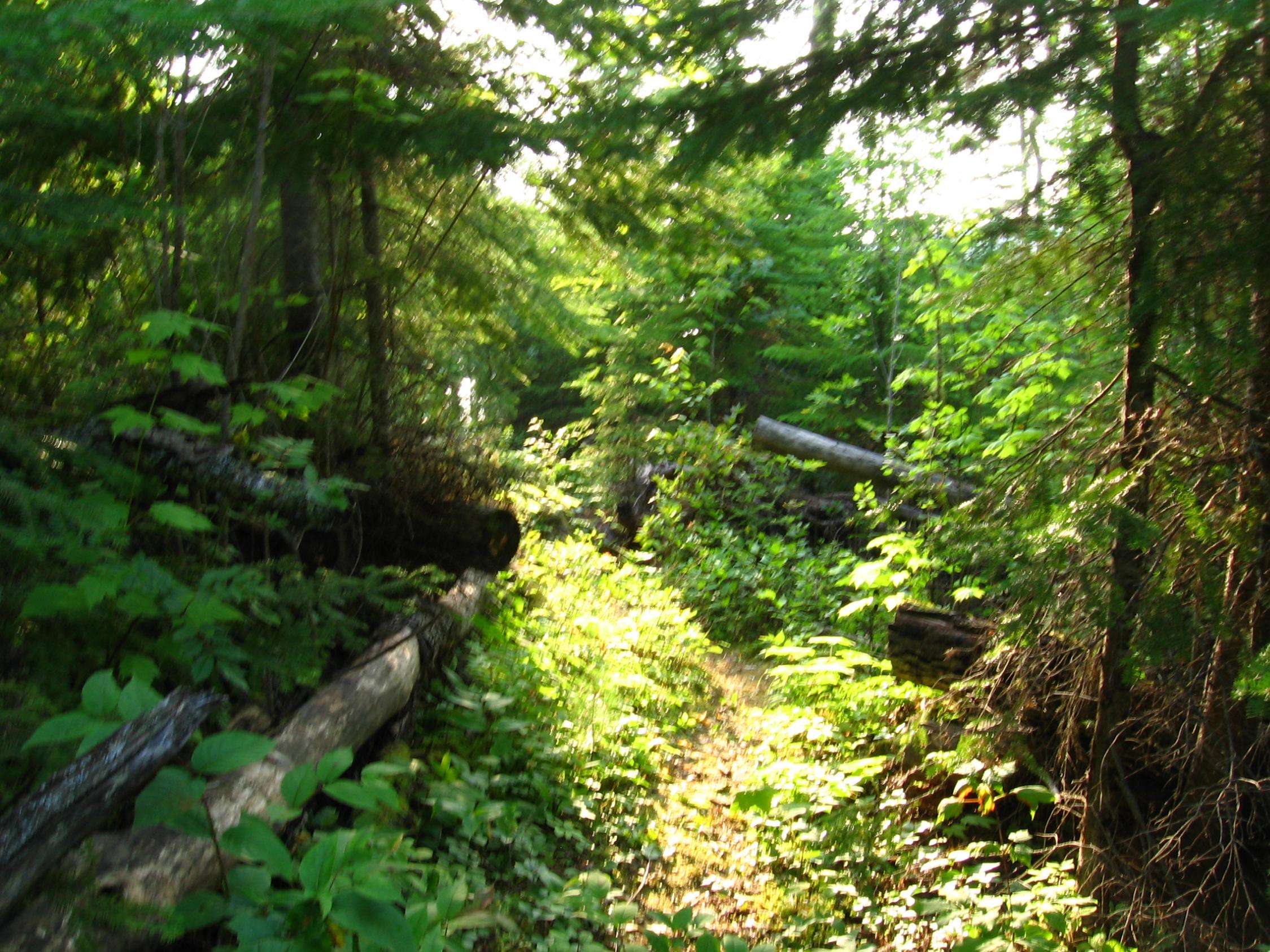 Dinner was pesto pasta with salmon, pitas on the fire grate and a couple more smallies caught from shore. One of the best sunsets was to follow... 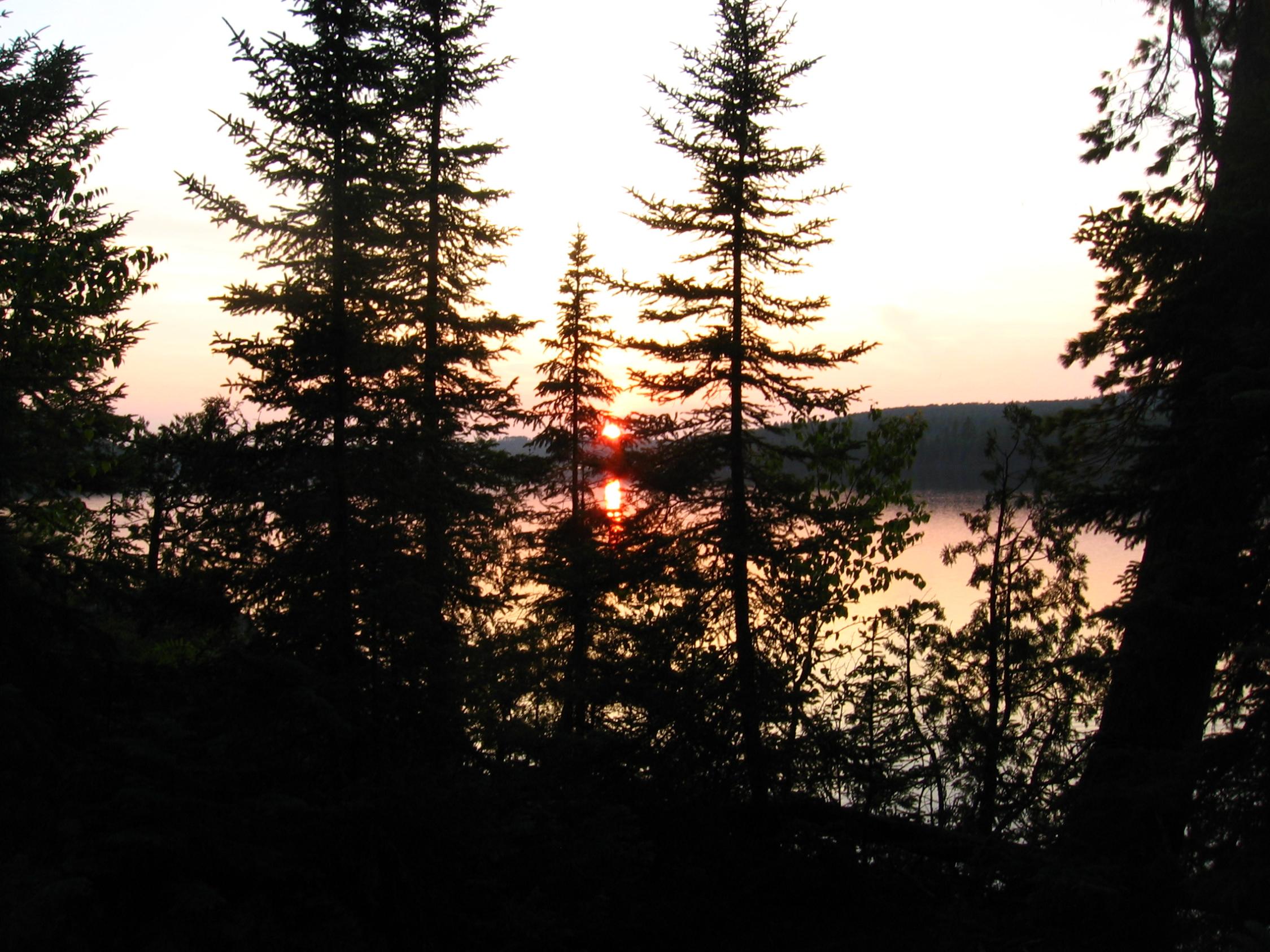 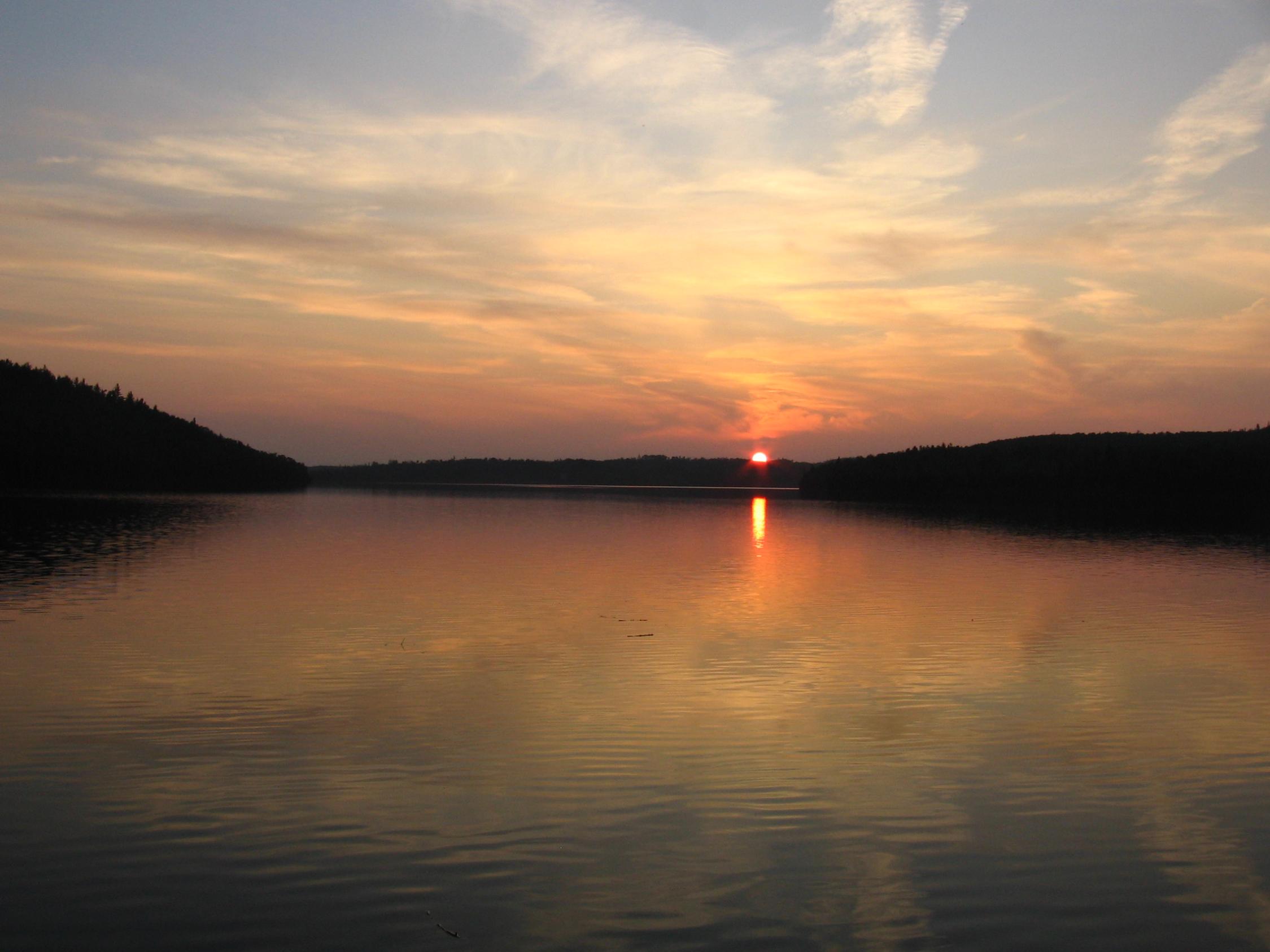 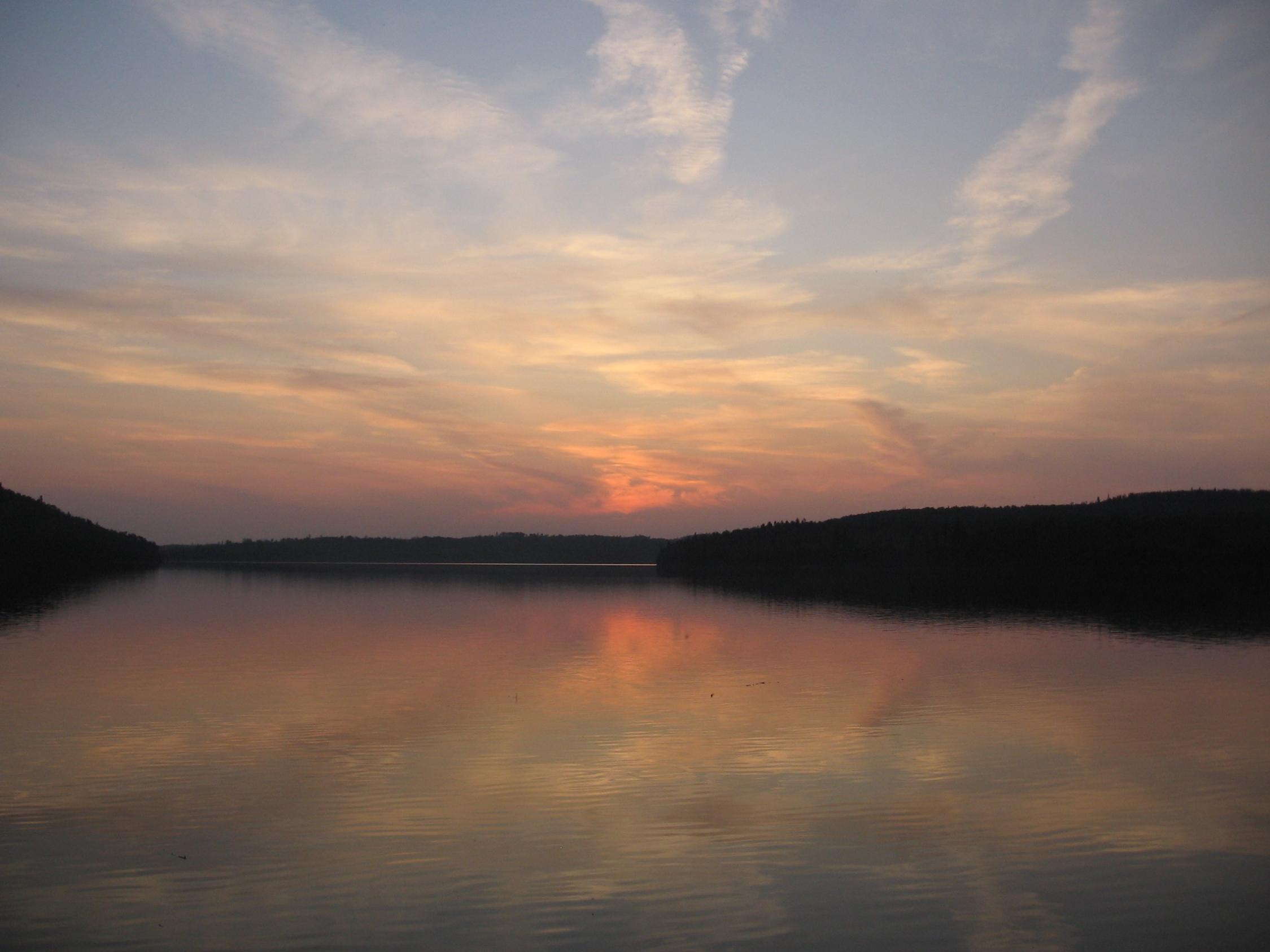 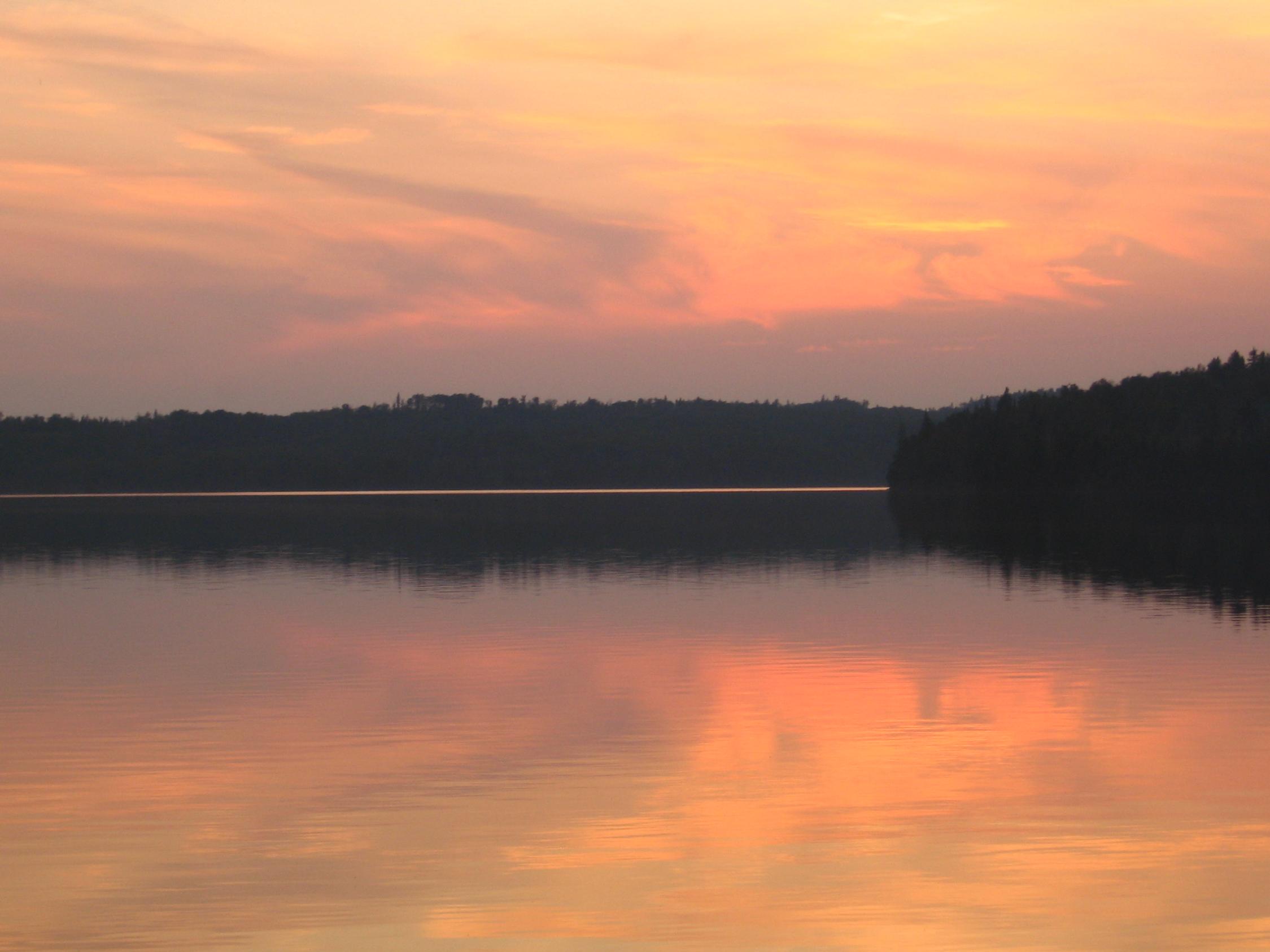 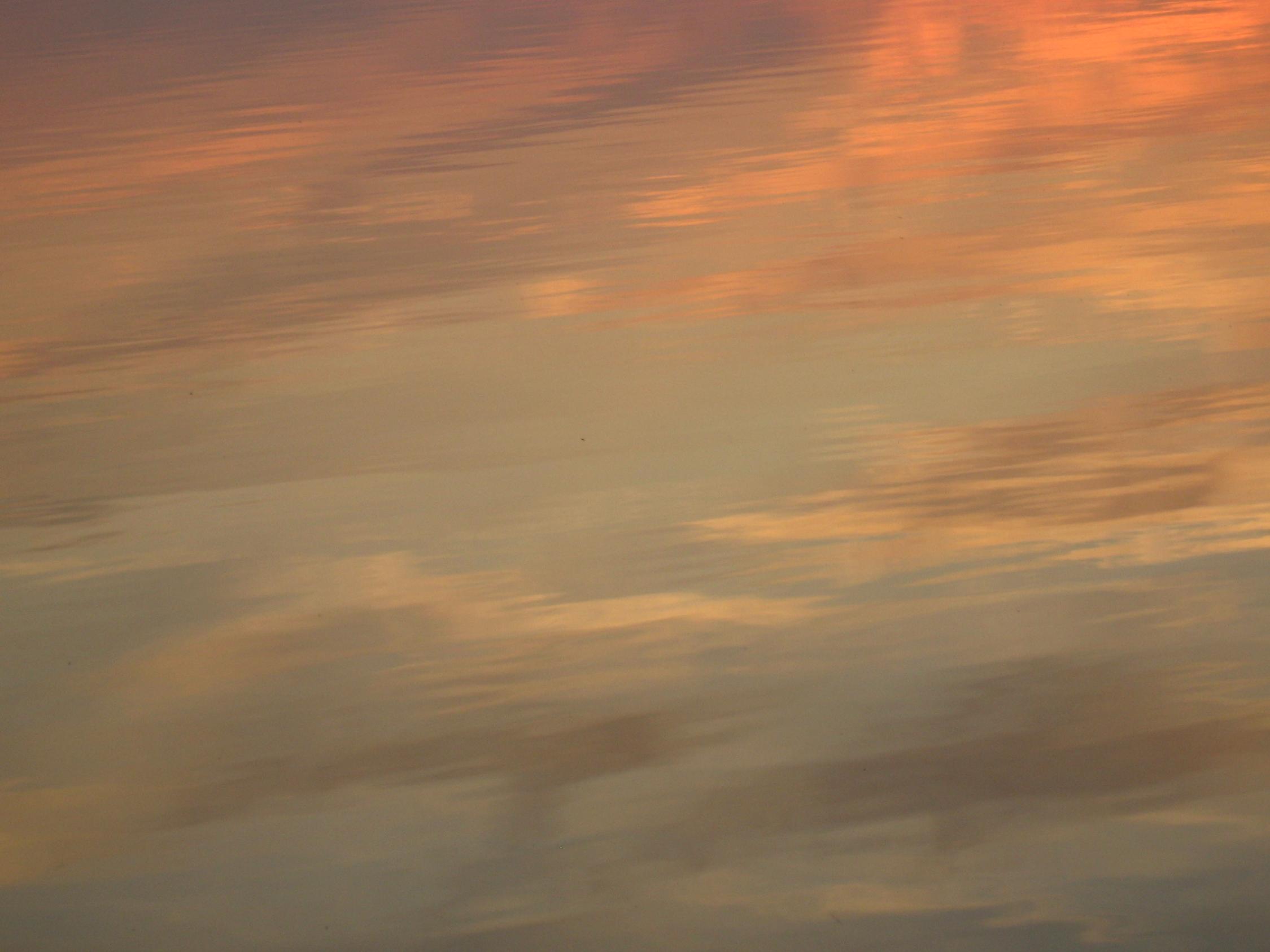