Peace and Solitude on a Snowbank Loop
by oldgentleman

Trip Type: Paddling Canoe
Entry Date: 09/14/2009
Entry & Exit Point: Snowbank Lake (EP 27)
Number of Days: 5
Group Size: 1
Discuss Trip: View Discussion Thread (9 messages)
Part 2 of 6
I got up early Monday morning and was paddling my Bell Magic east on Snowbank just as the sun came up. The water was smooth as a mirror, so I was paddling directly into a double sunrise, blinded by the light. That's my excuse for paddling the wrong way around the island just east of the entry point and adding about a mile to get to the portage. I made the 140 rod portage into Disappointment Lake and started paddling. I had a real sudden surge of euphoria as the canoe glided silently up the lake. I went past the first island campsite which was the first BWCA site I ever camped on. Add a dash of nostalgia to the euphoria. I stopped at the second island camp for a snack break. While there a group of 4 couples in four canoes, along with a little dog, came by and said good morning. They were looking for a place to camp. I told them I wasn't camped there, just taking a break. One boat came ashore and the couple got out and checked place and decided they didn't like it. They had been camped back on Jordan for a few days and were on their way out. They all seemed to be older than I am, probably well into their 70s, but still camping and paddling, enjoying the wilderness. They continued on down the lake. After my snack I headed up the lake. I did the portage into Ashub Lake. I decided to camp on the high bluff on the west end of the lake. I had camp set up by 11:30. When camp was set up I pressed the “I'm OK” button on the Spot. I spent the rest of the day paddling around the lake or just relaxing. I ended up doing a lot of that on this trip.   Last year I had entertained guests my first night, and one of them had given me 4 very good cigars. I smoked two of them last year around the camp fire and saved the other two. When I got home I sealed them in a Ziploc bag and put them in the freezer. I had them with me now, and smoked one sitting by my fire on Ahsub to celebrate my first night in the wilderness. They were amazingly fresh and I really enjoyed them. If you read this, “Thanks Paul”. 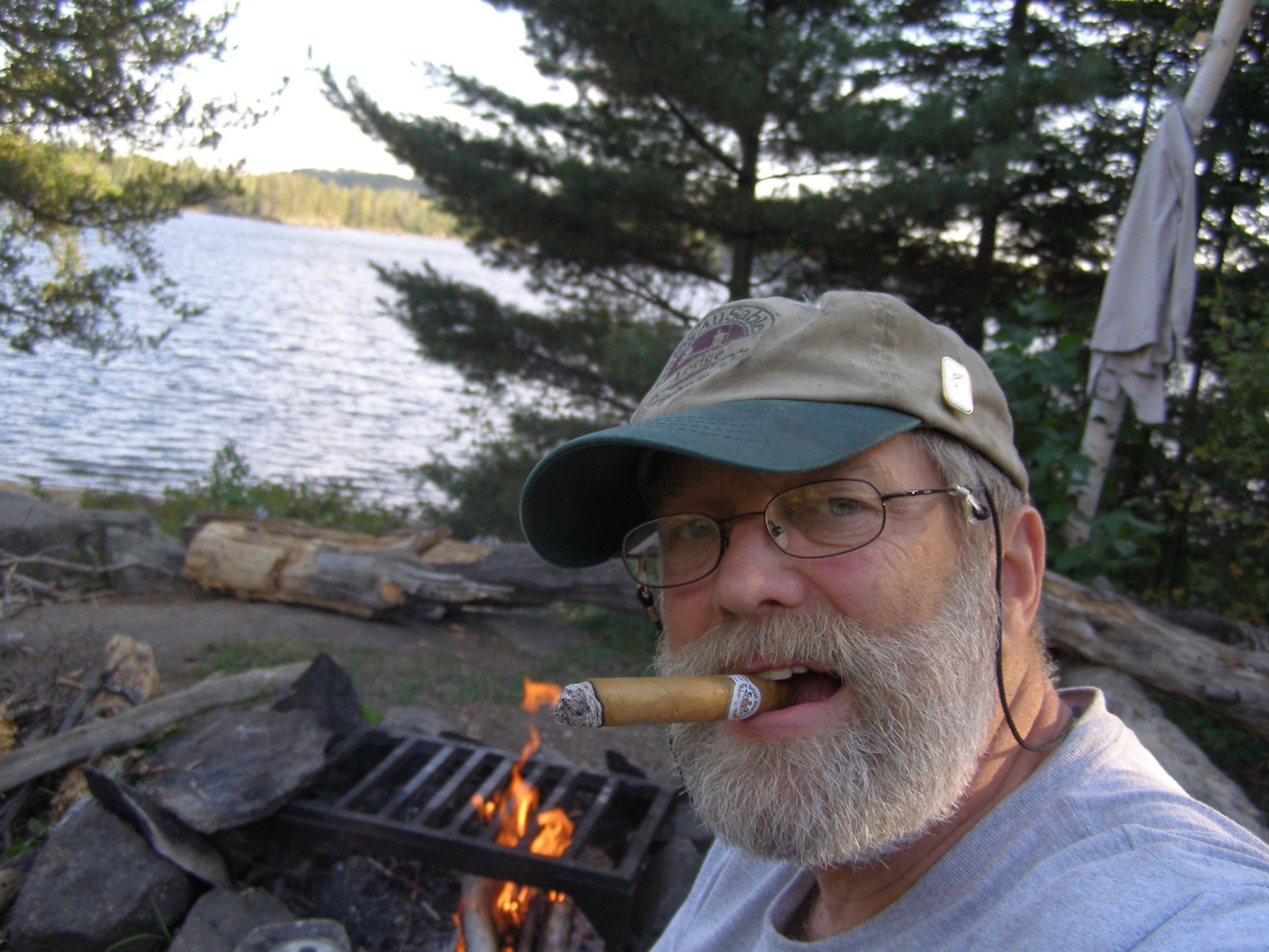