Trip Type: Paddling Canoe
Entry Date: 08/25/2014
Entry Point: Other
Exit Point: Other
Number of Days: 9
Group Size: 4
Trip Introduction:
Nine days in Canada
Discuss Trip: View Discussion Thread (11 messages)
Report
I drove up to northern Iowa to meet up with FOG51 on sat the 23 spent the day with talking about past trips and our families. We waited for his son and his girlfriend to show up. 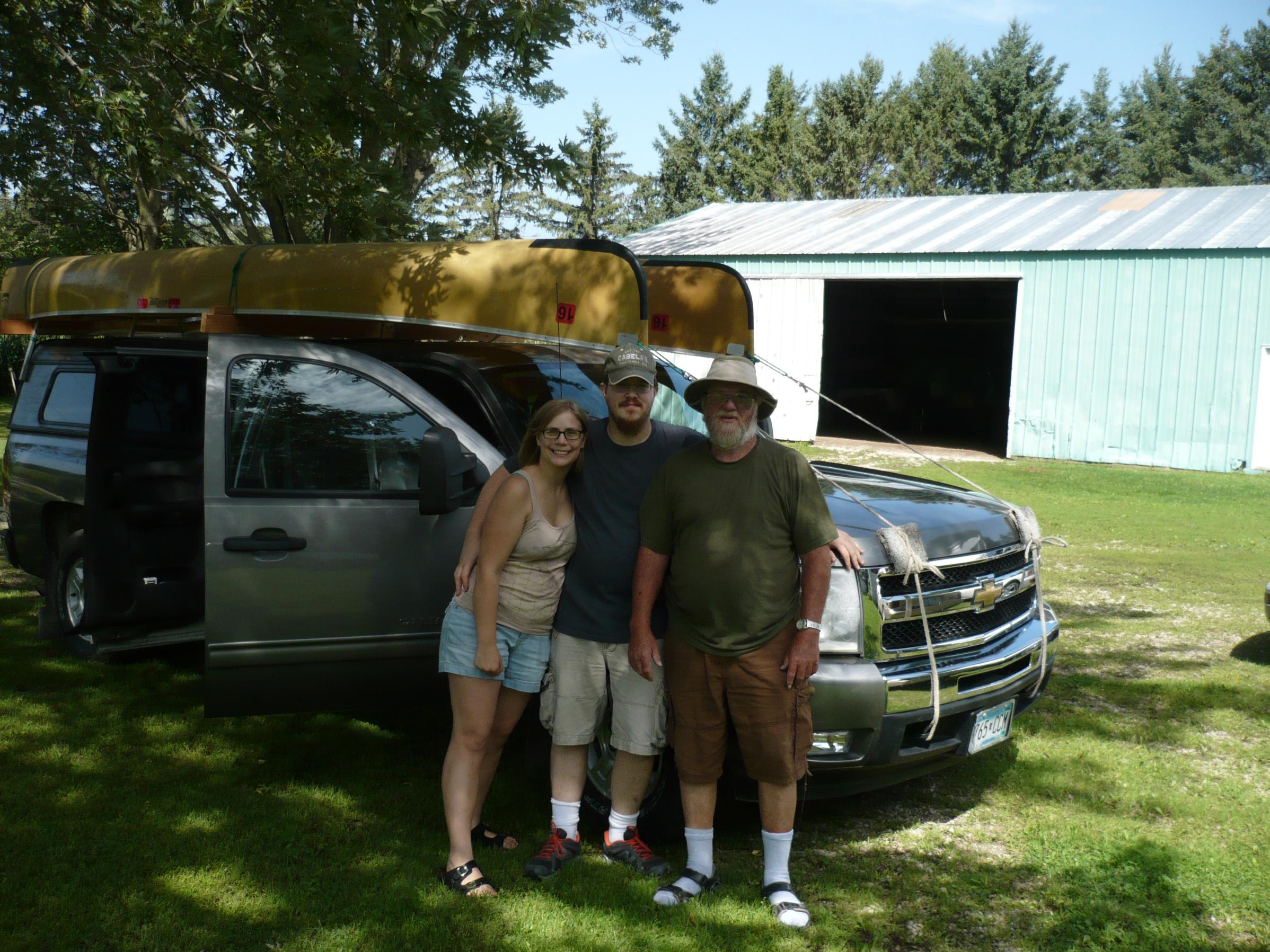 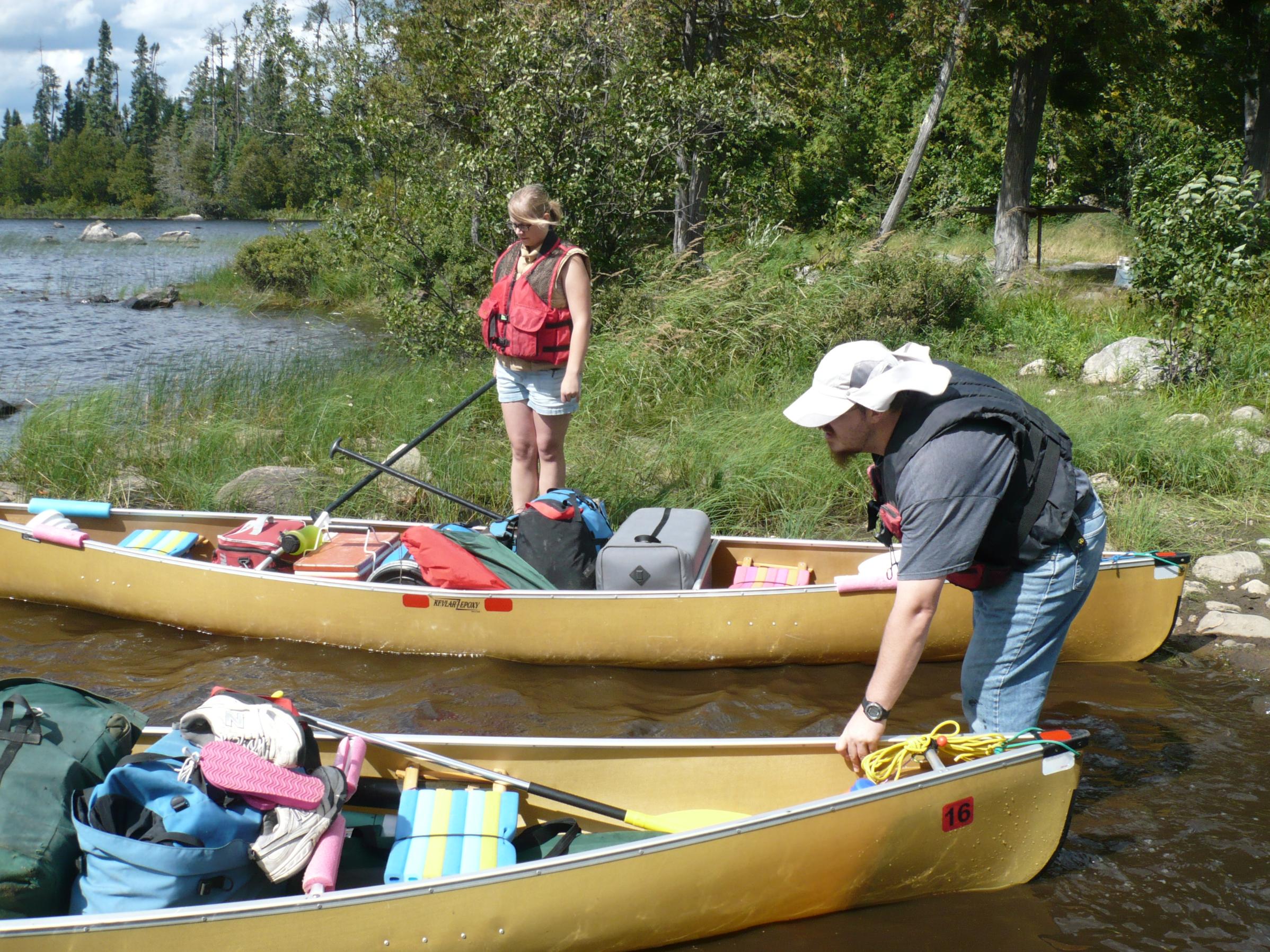 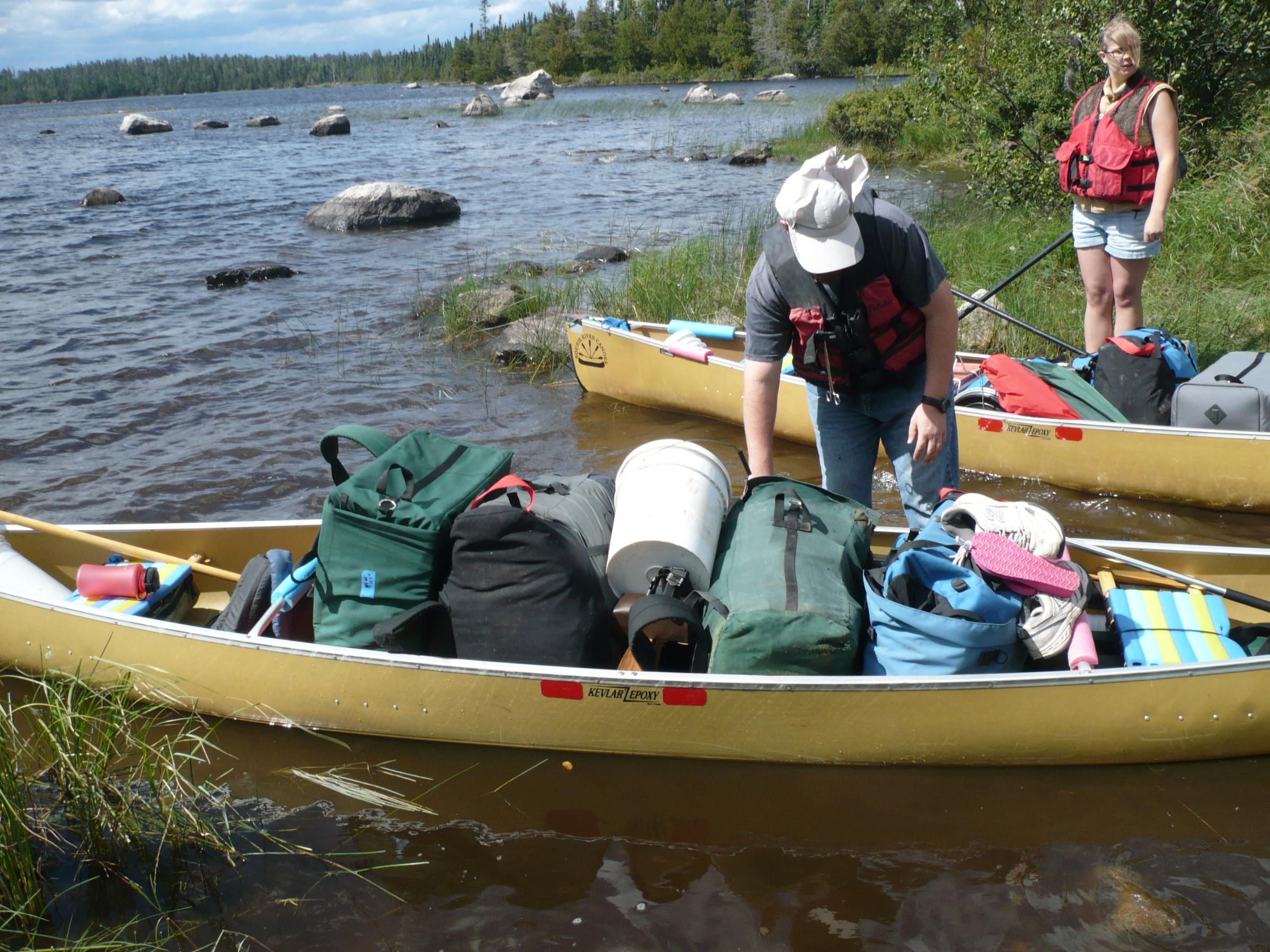 After about a 1/2 hour of paddling we got to our first portage. It was a pretty easy short portage around a set rapids. 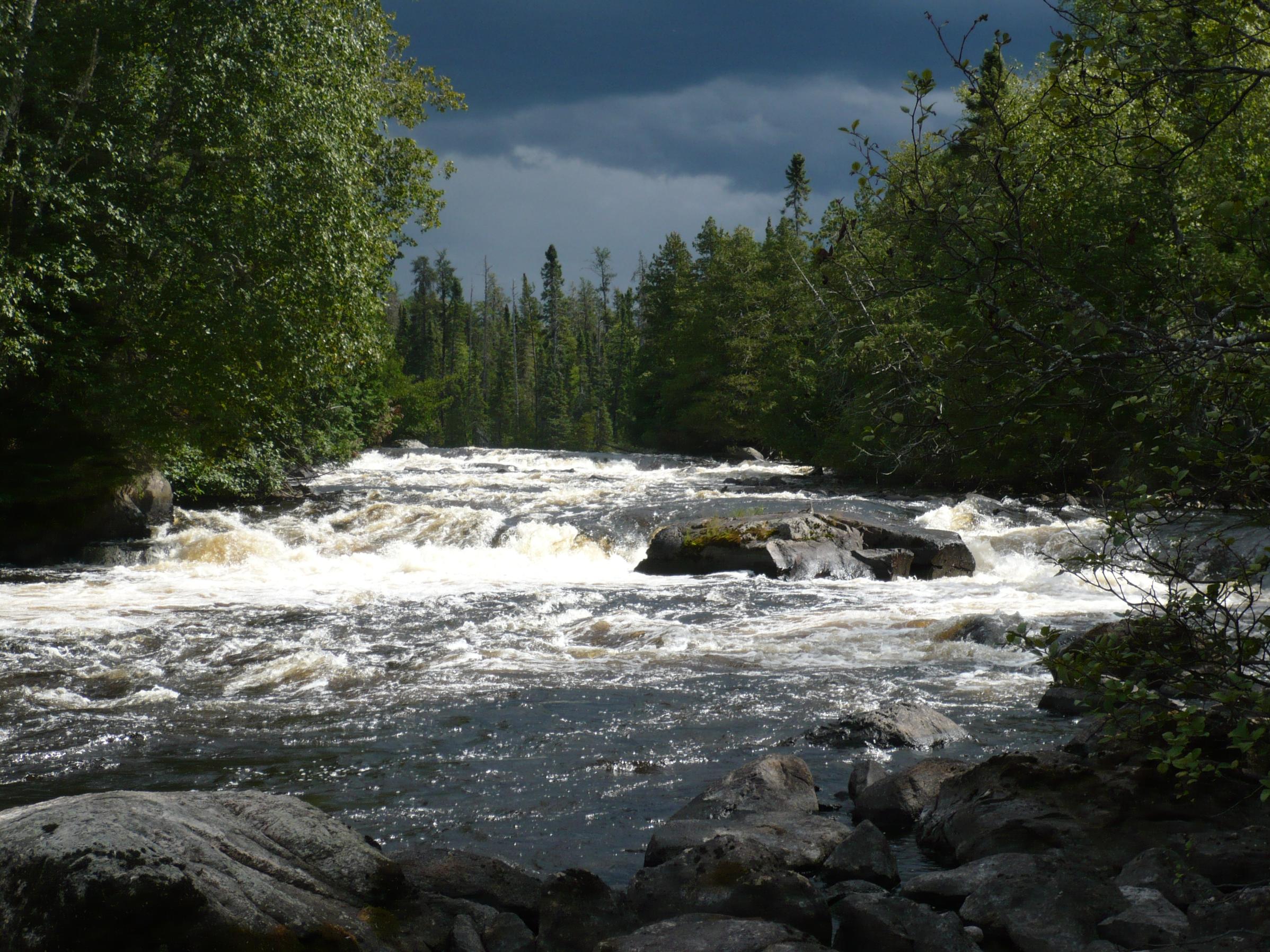 We shot through another rapids and got to our camp site. 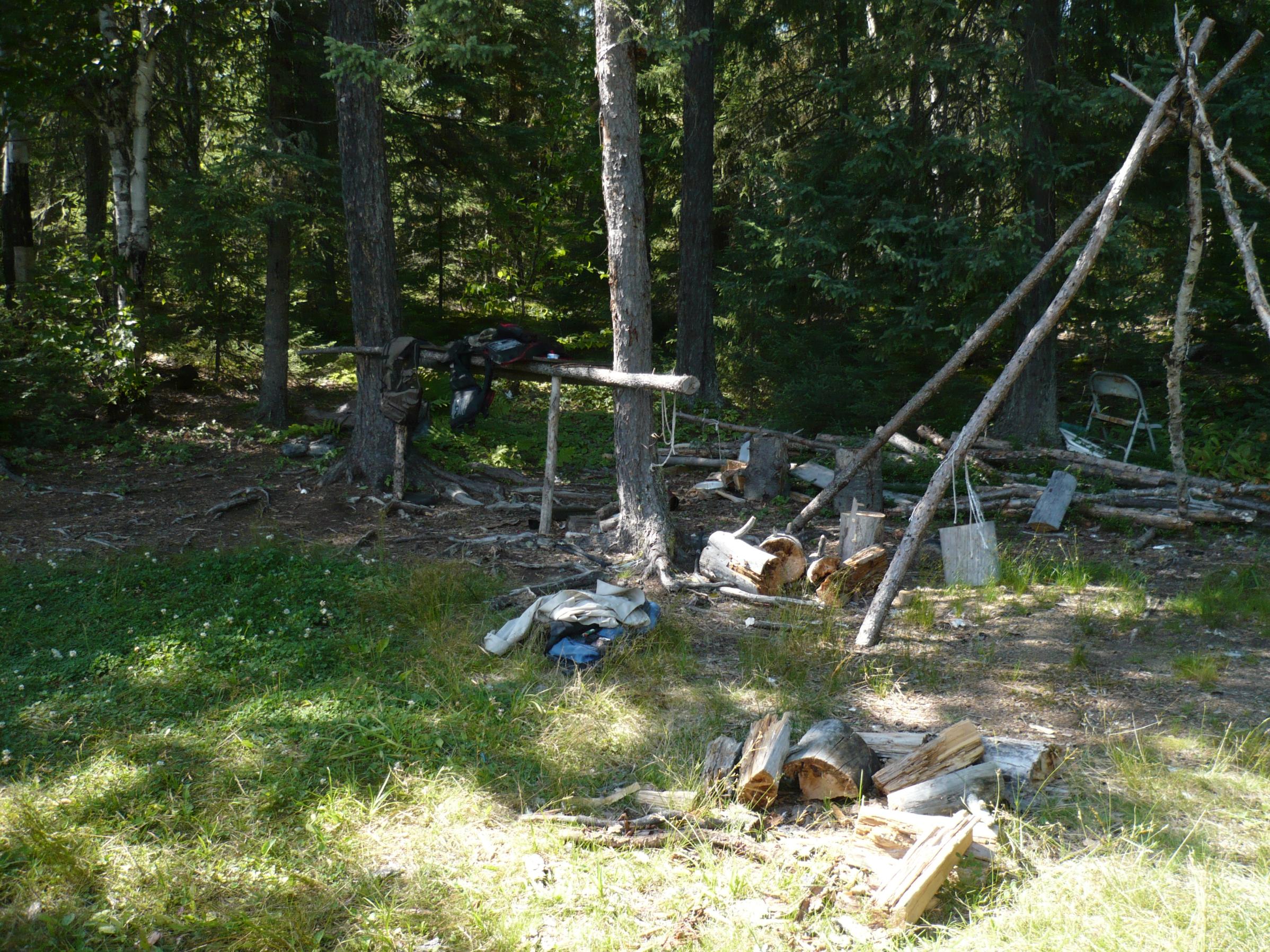 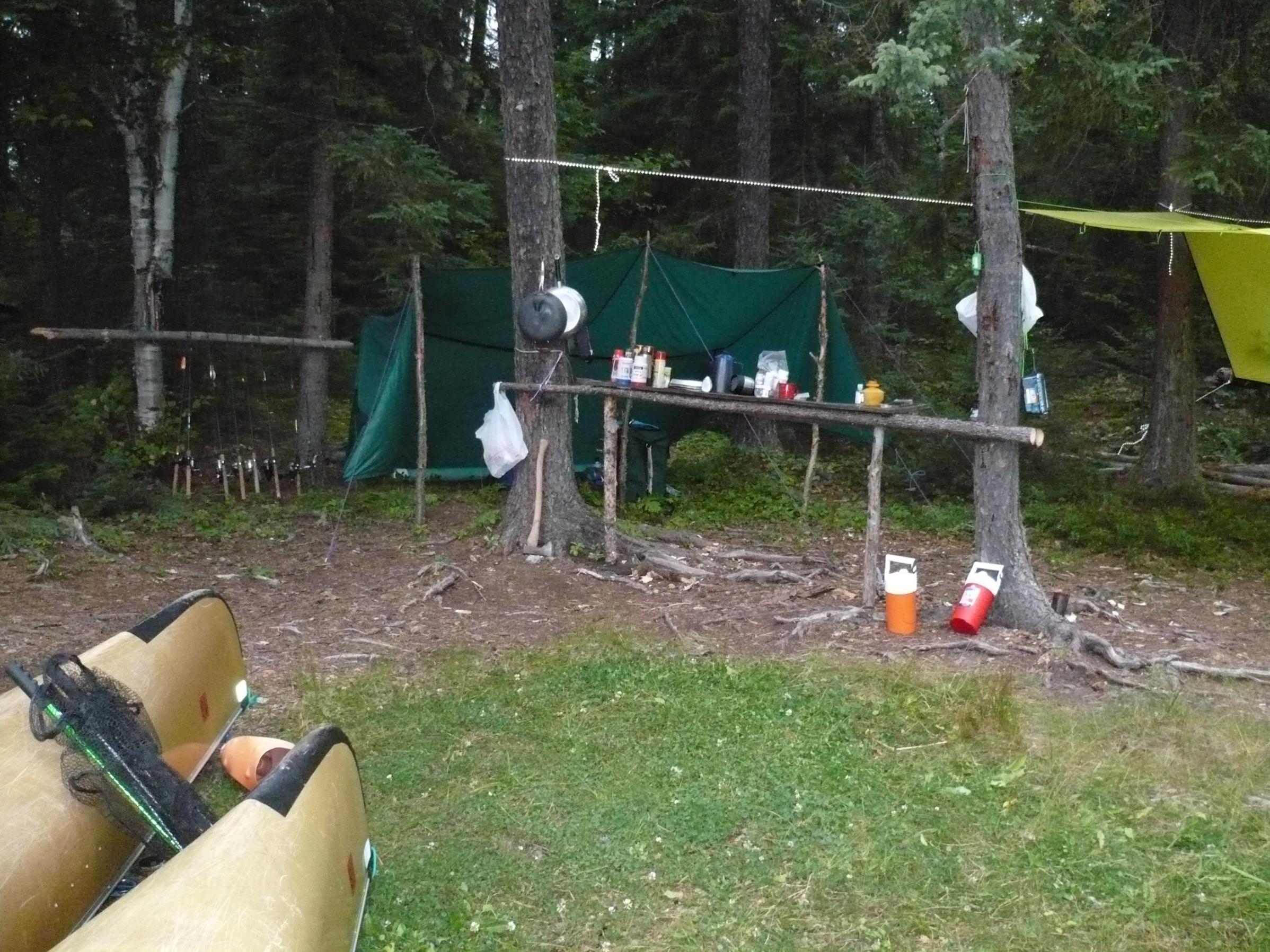 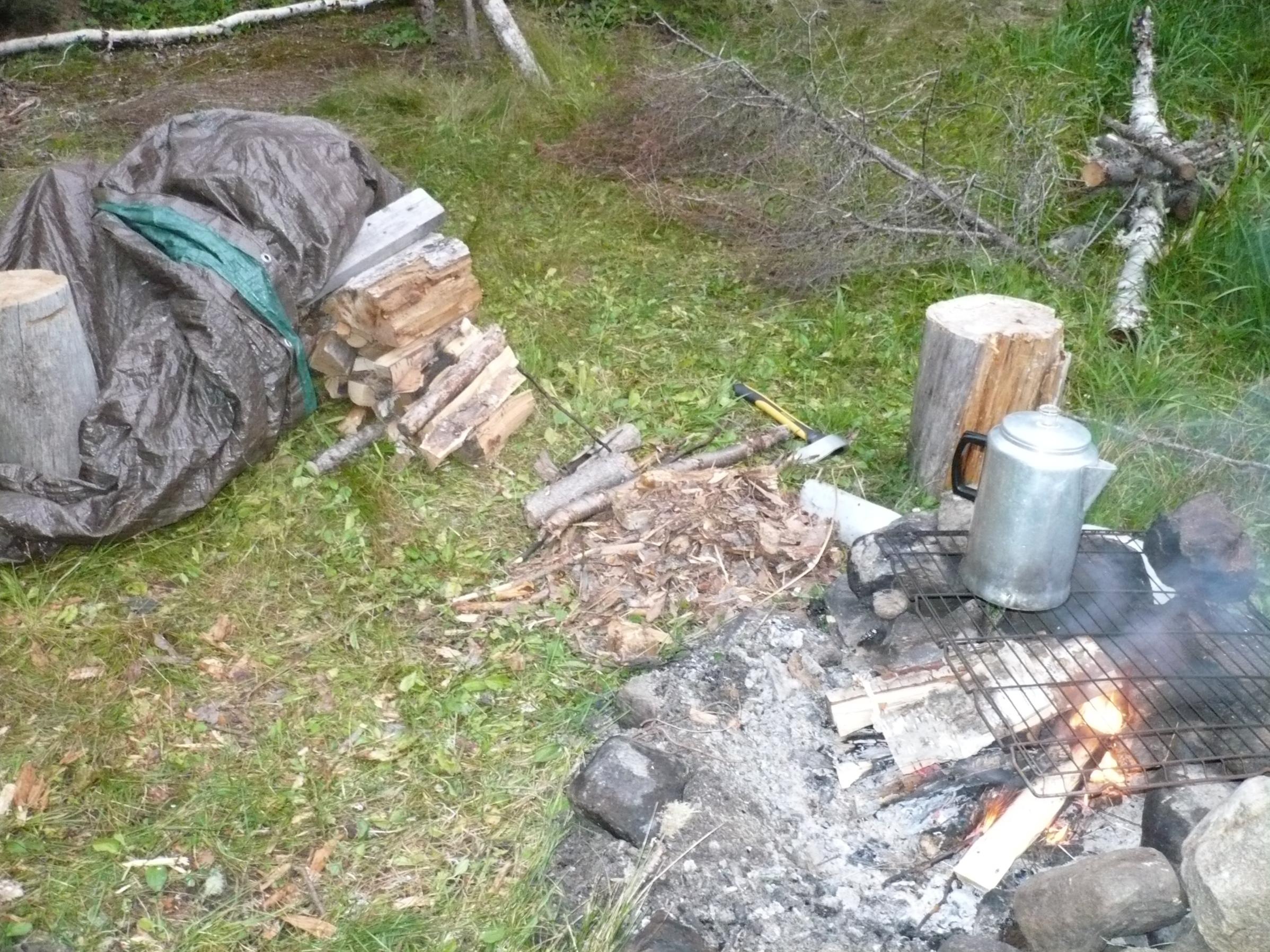 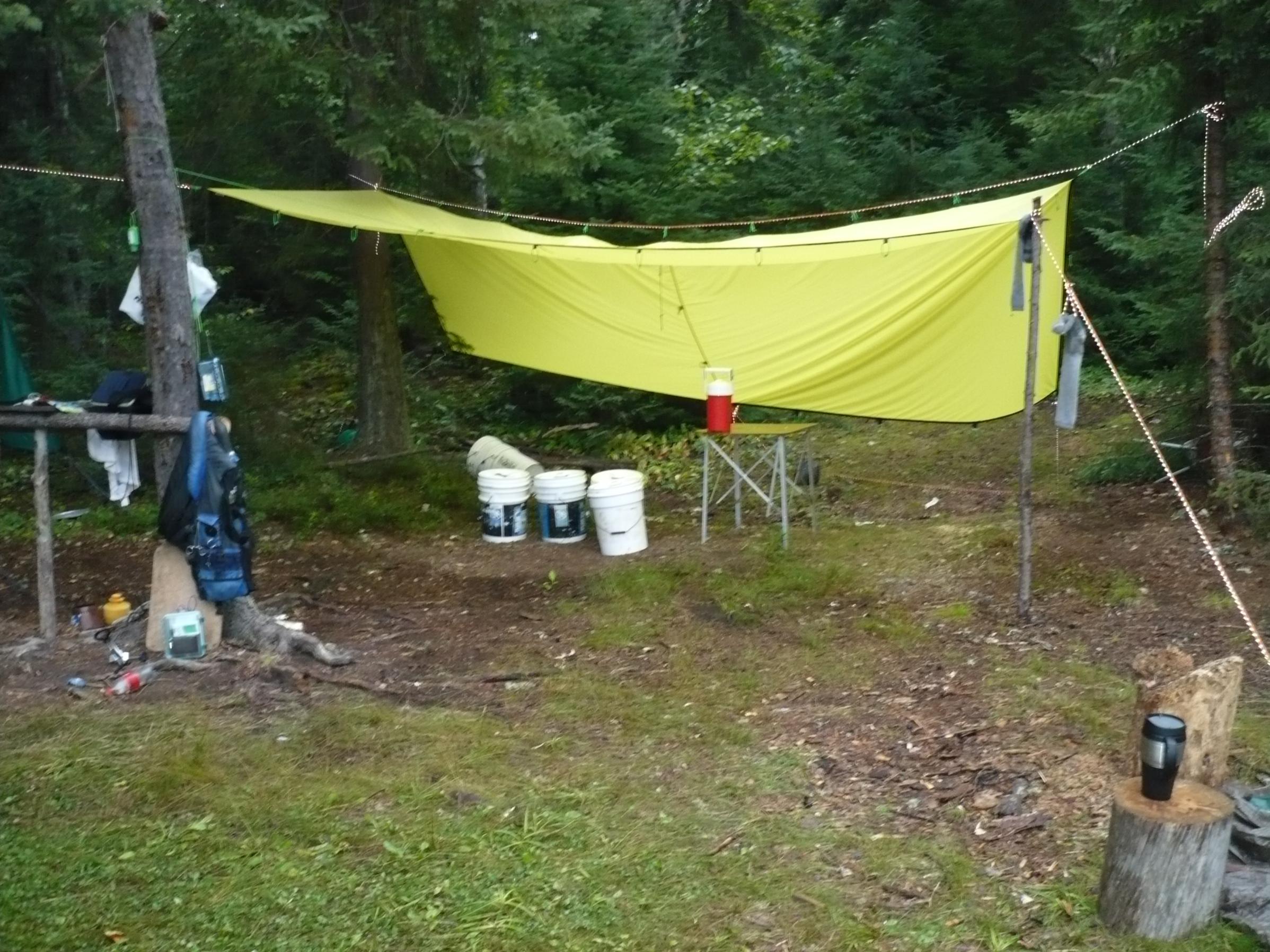 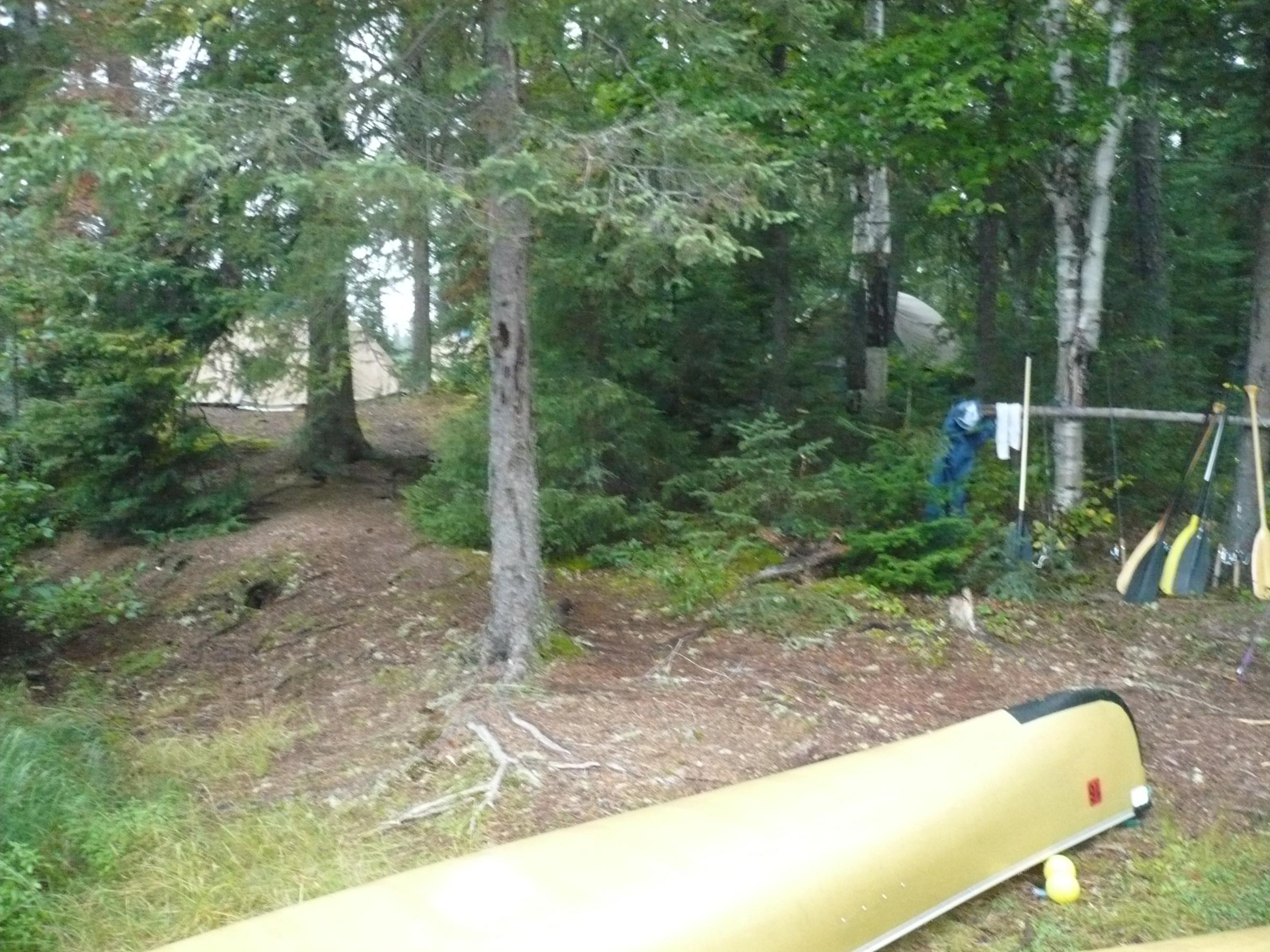 We cooked up dinner and hit the rack for the night.

I got up in the morning and started and my coffee and looks like it is going to be a great day. 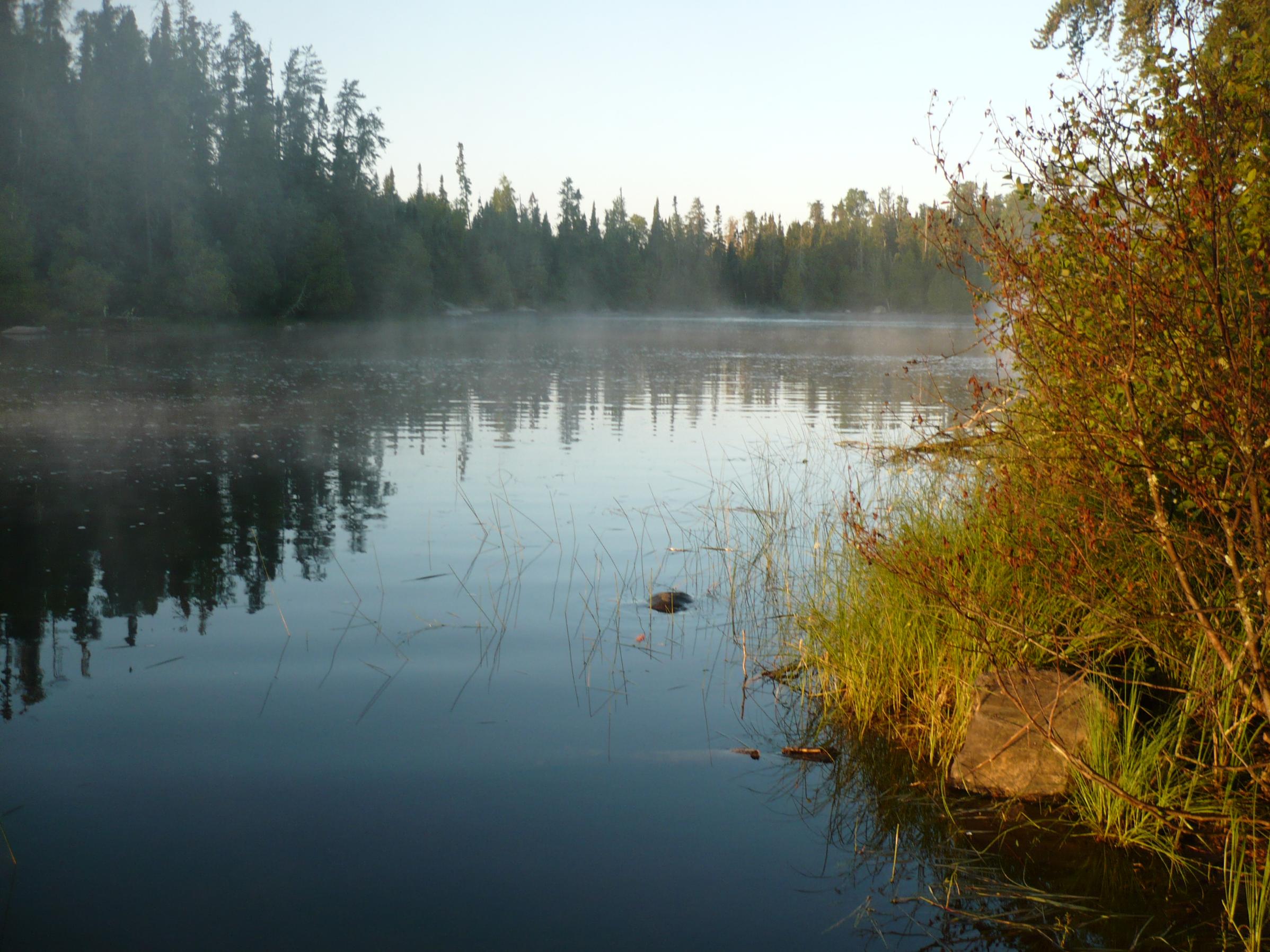 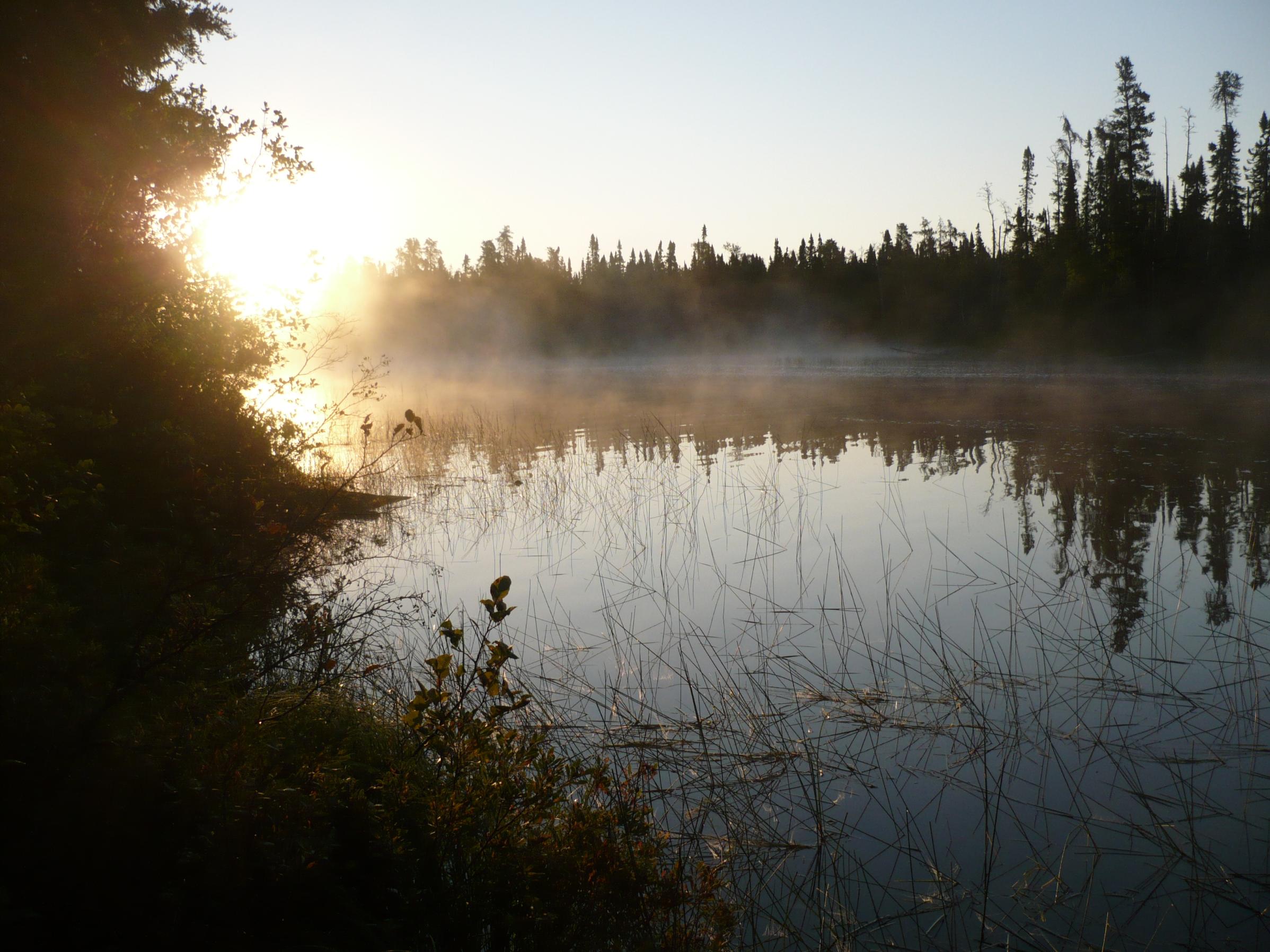 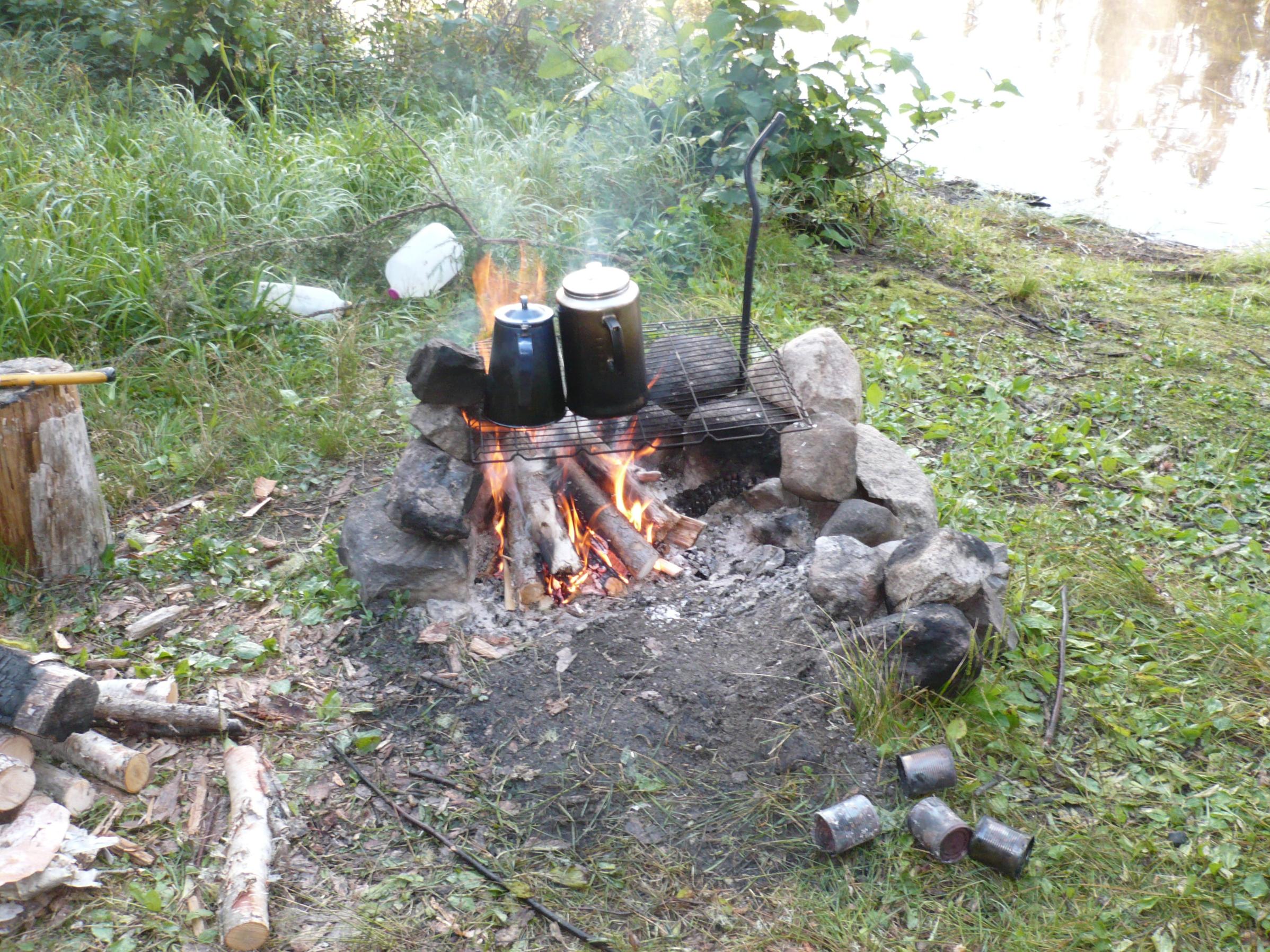 We headed out fishing and we caught enough walleye for dinner. Nothing really big but some nice eaters. We fished the river for three days, nothing really big. on the 5th day we went out a little further. Went to the south end of Harmon and we found some nice northern. 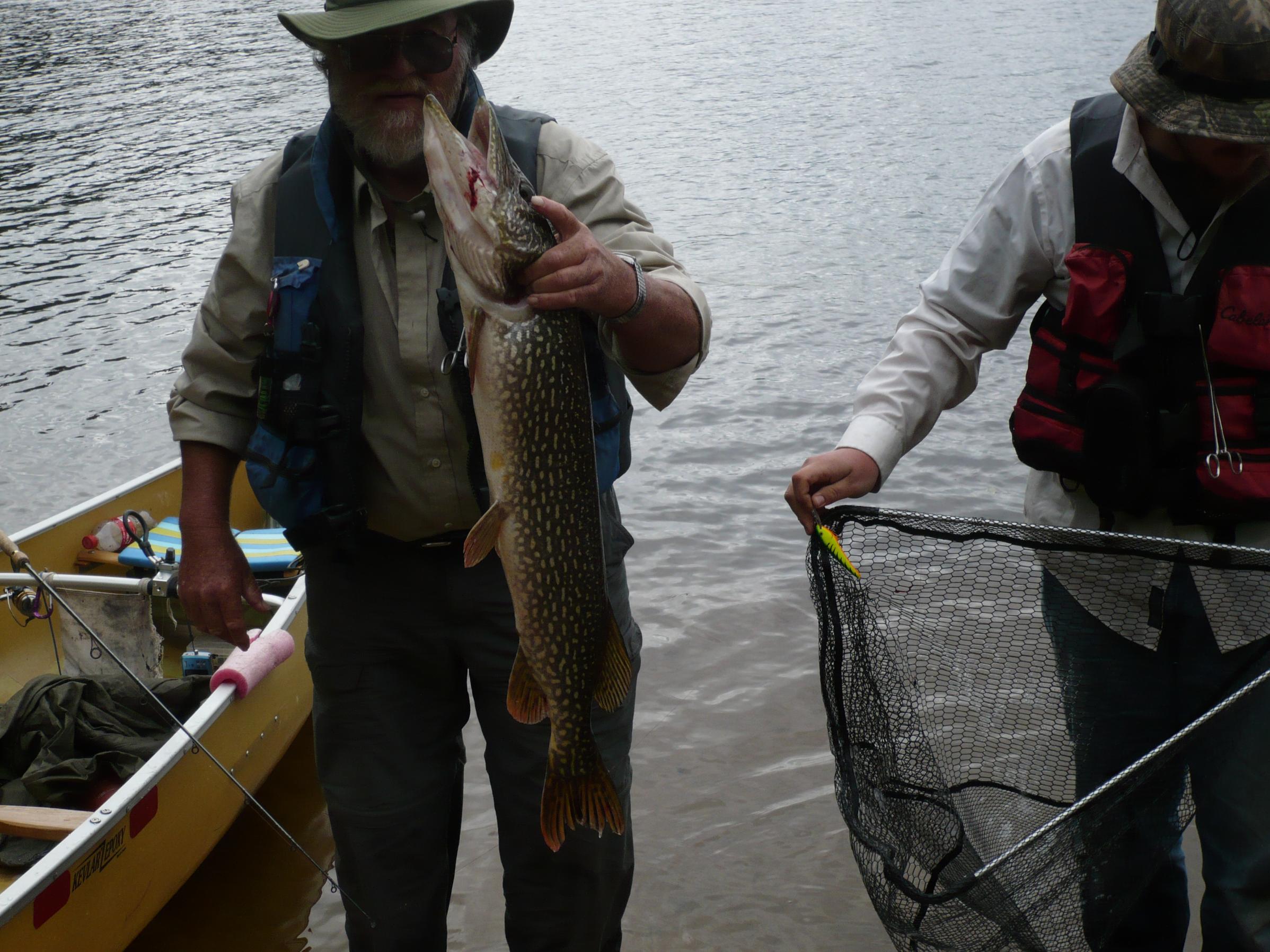 The next we went for a day trip to Rude lake and FOG51 thought we could wet foot it up rude river. 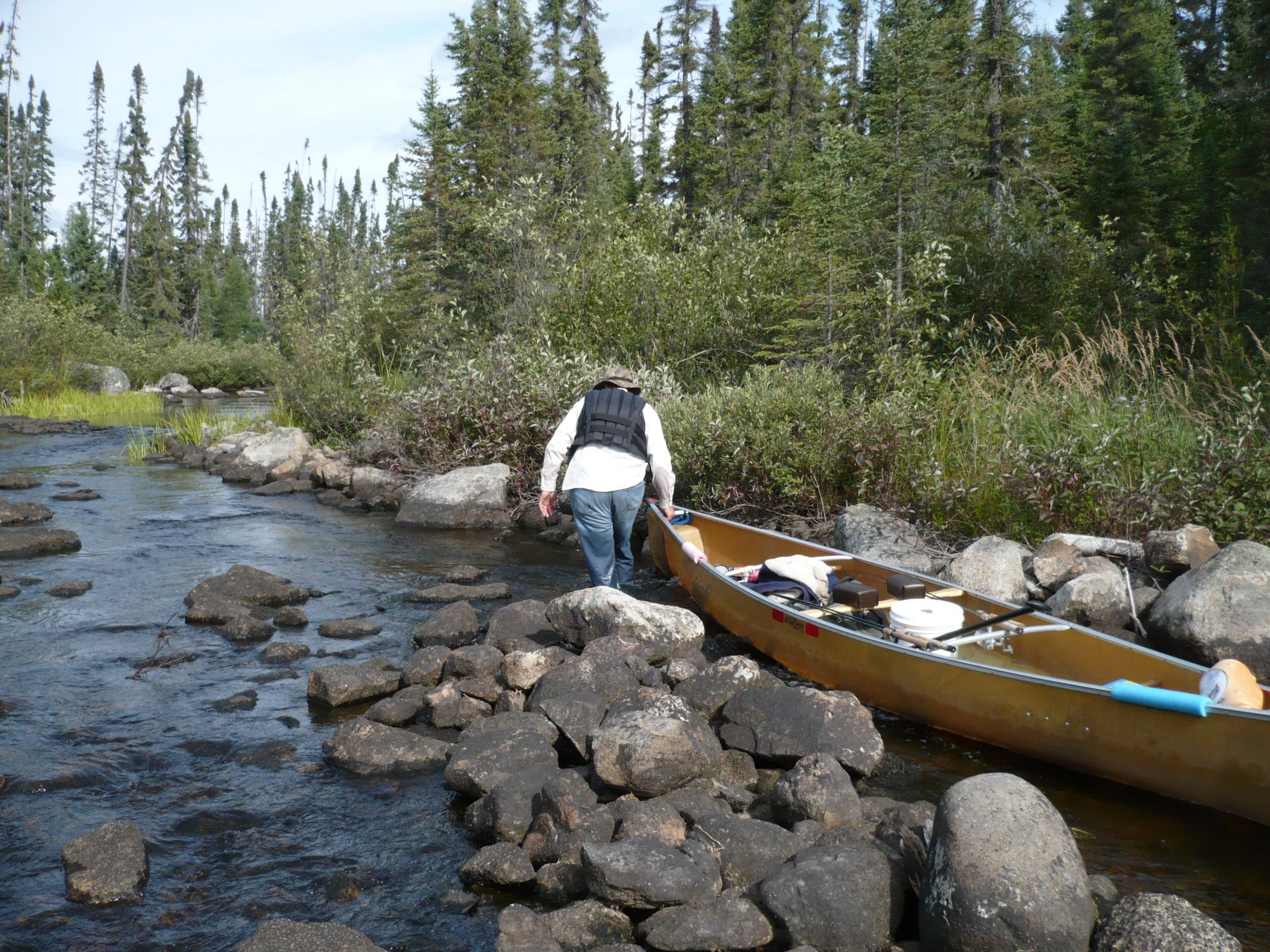 we come up a road that crossed over the river that Fog51 said wasn't there the last time he was there. 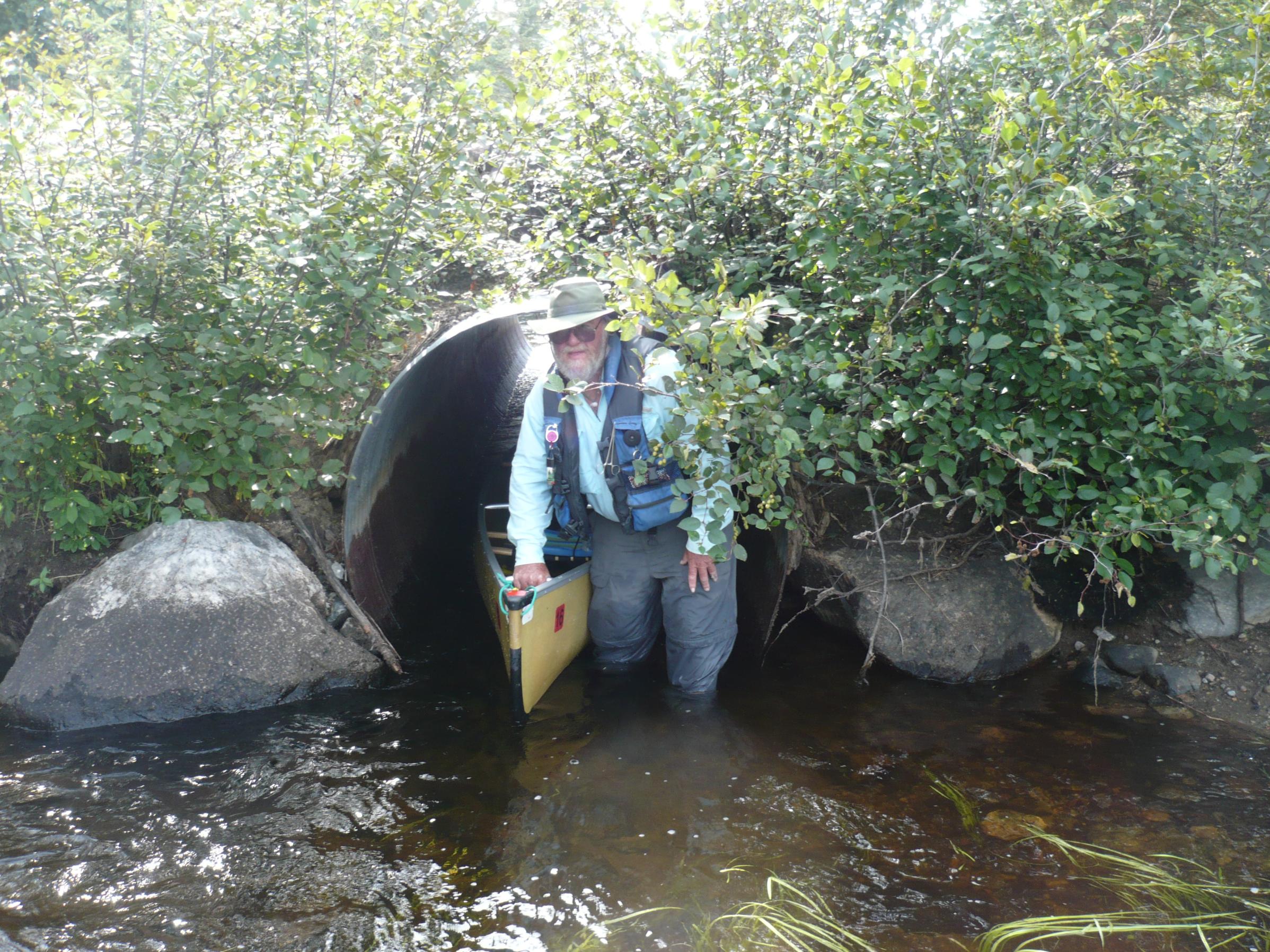 We finally made Rude and some trappers had left their boats there on the portage landing. It took about three hours to get there. We split up and we started fishing we were catching fish but nothing really big until Steven came around one of the islands flagging us down. FOG51 and I thought something was wrong at first. We started to paddle over and it happened at first I was snagged up and then I could tell it was no snag. It was a 37 1/2 inch pike weighing 11 to 12 pounds. 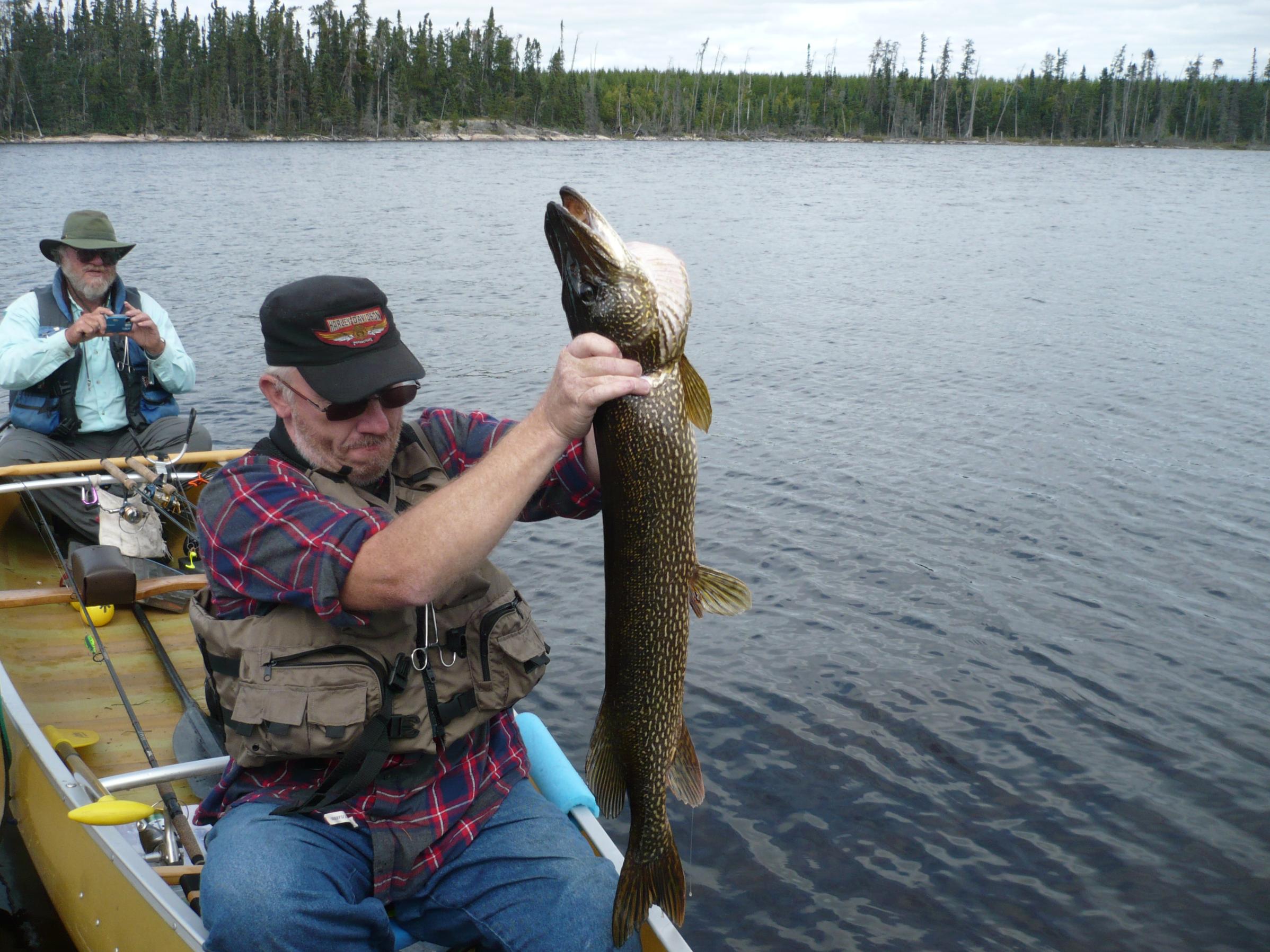 I went to release him and he would not recover after about 15 minutes I put him on a stringer to bring home. 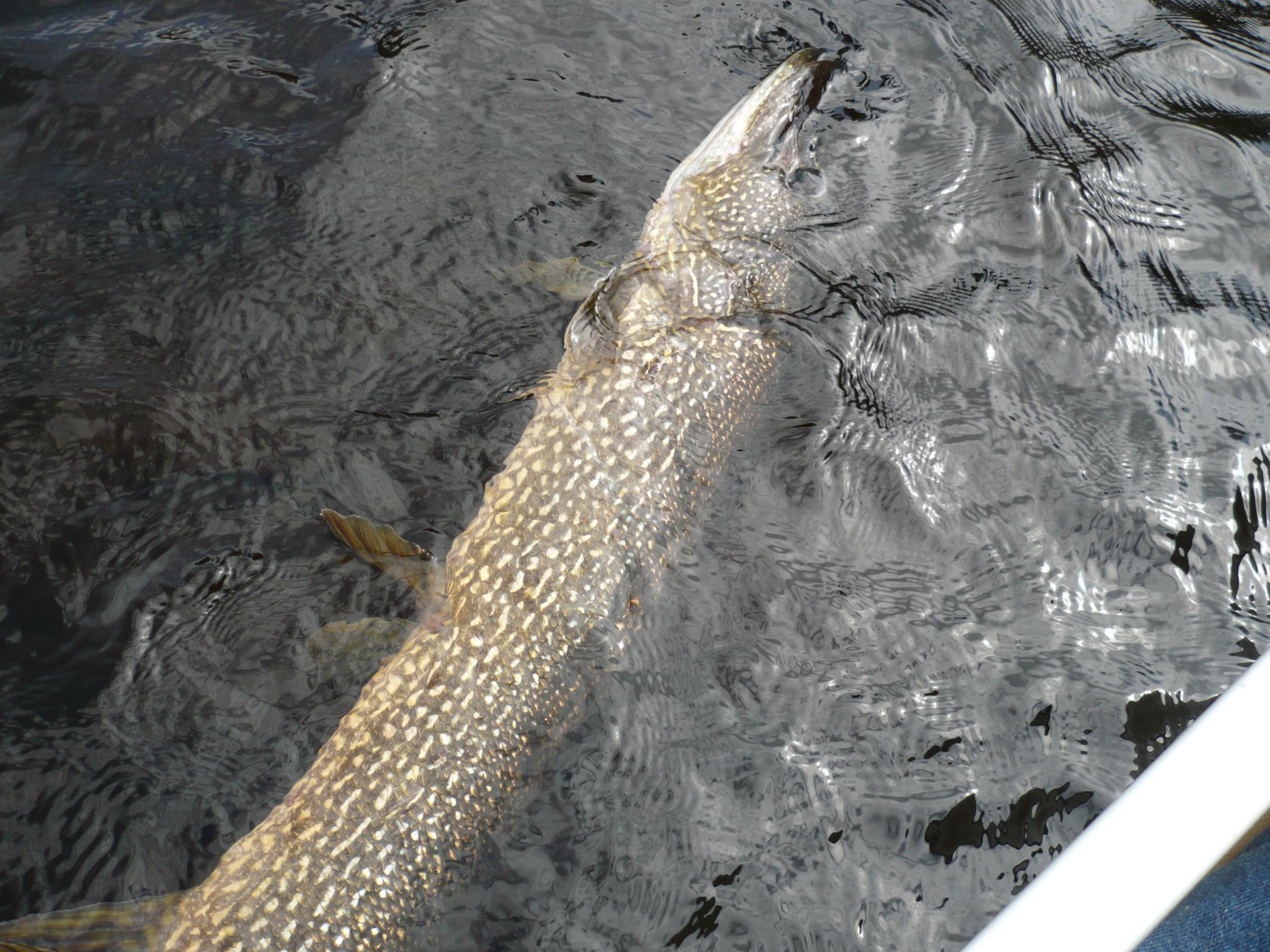 The next day it rained all morning. It finally let up around noon and we hit the water. The next day we packed up and headed out, and the way out we stopped at Johnson falls we stopped to fish a little more. 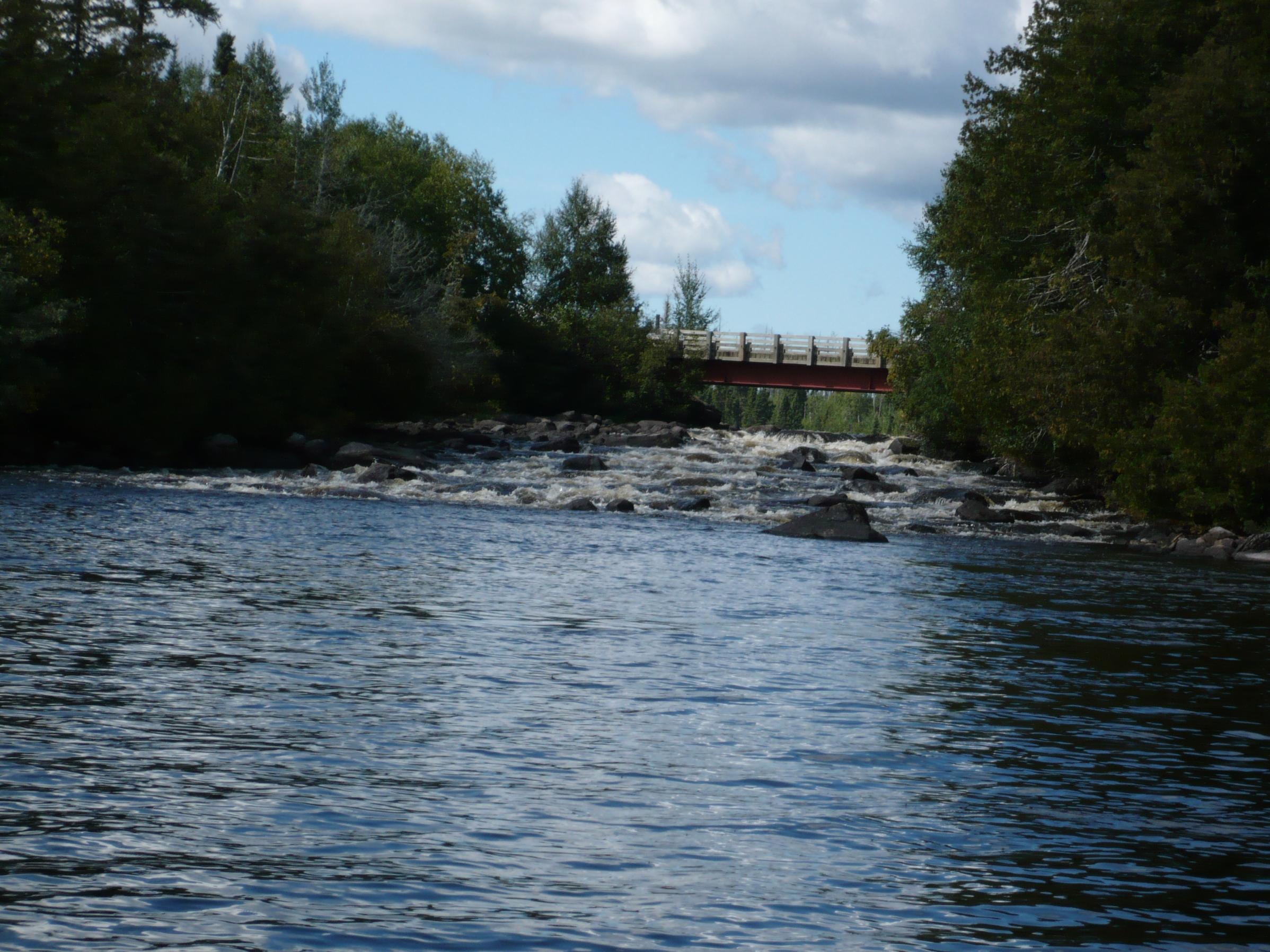 We caught a few more and we headed for the truck. 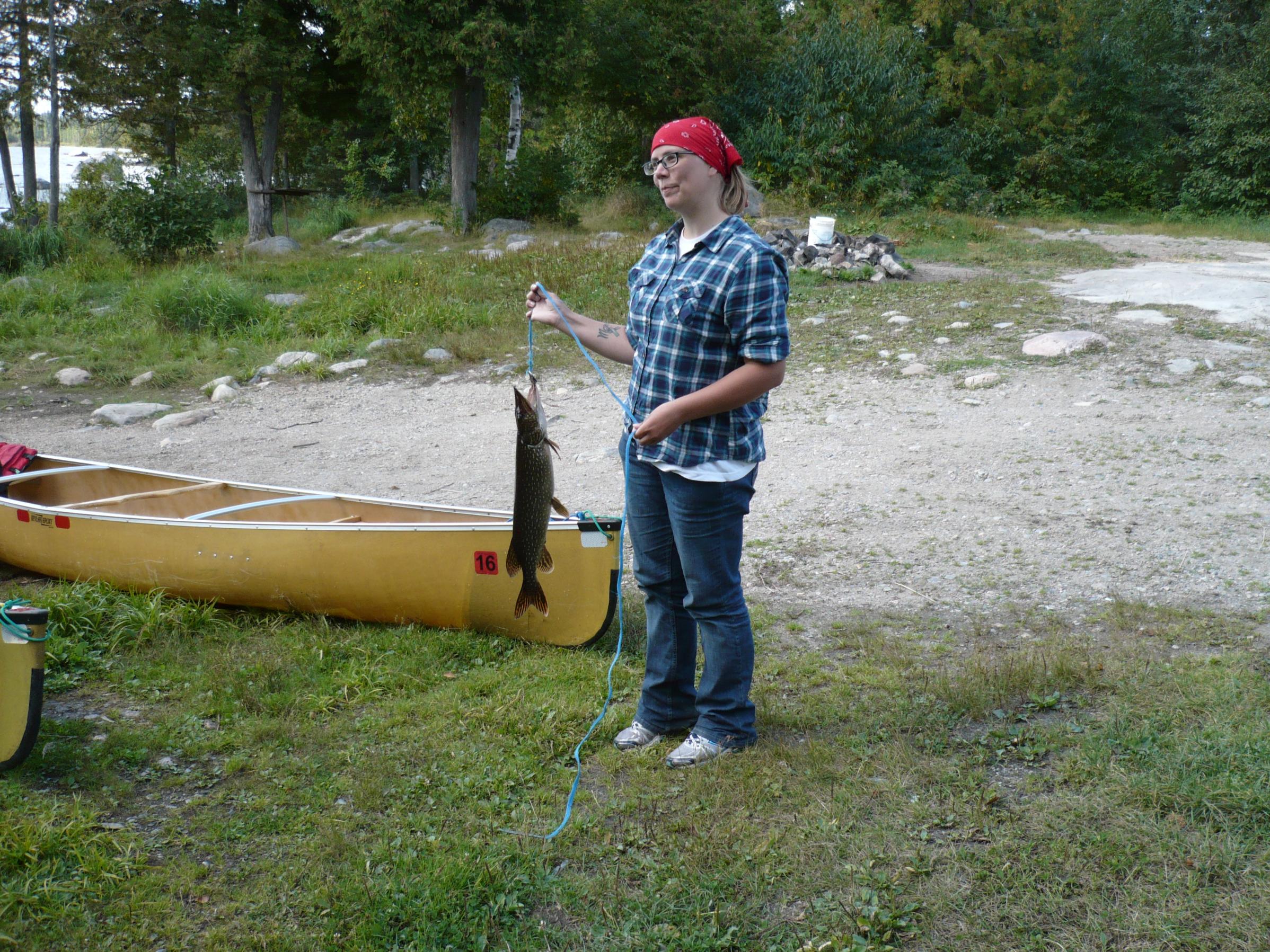 After we got things loaded back up we hit the road and the long drive home. It took 7 hours to make it back to the border. And there we ran into a little trouble. The border asked us if we had any old compasses then he said that we had some radiation in the truck and asked to pull over to the side and get out of the truck.

And yes we had a old compass with us, I had my Dads old Army compass that I brought with me. Not knowing it had radiation in it. After about a 1/2 hour or so they let us go. 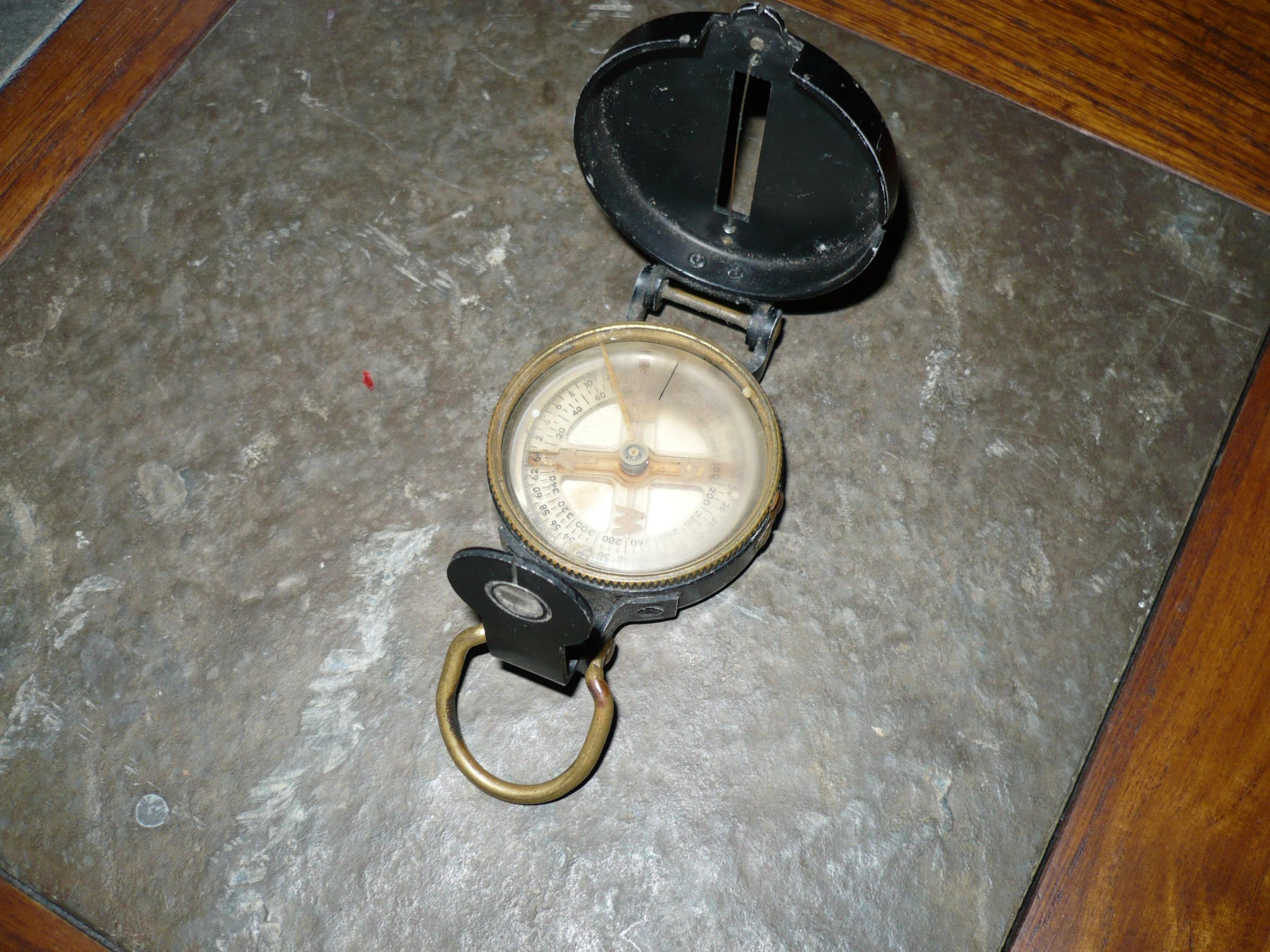 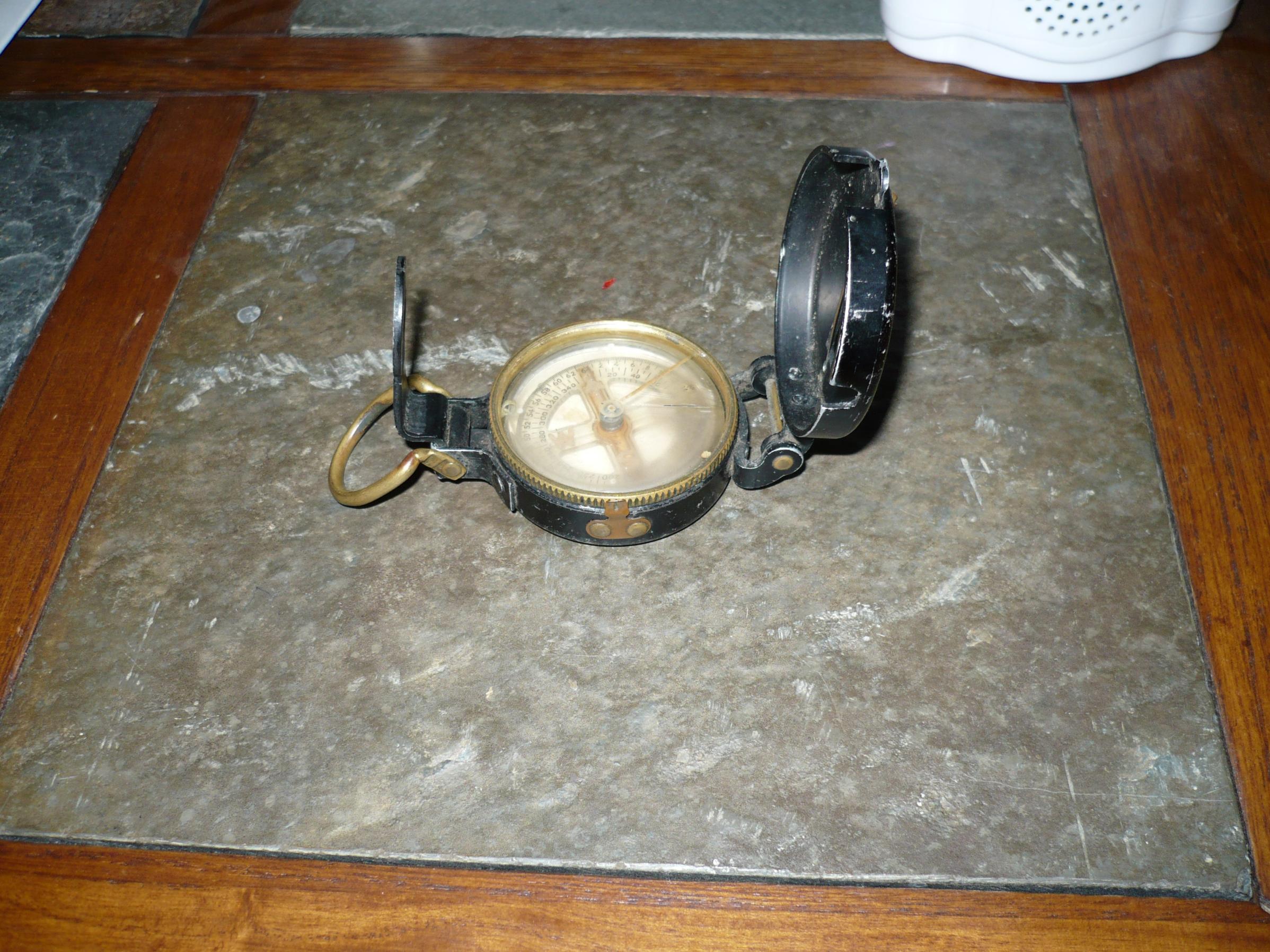 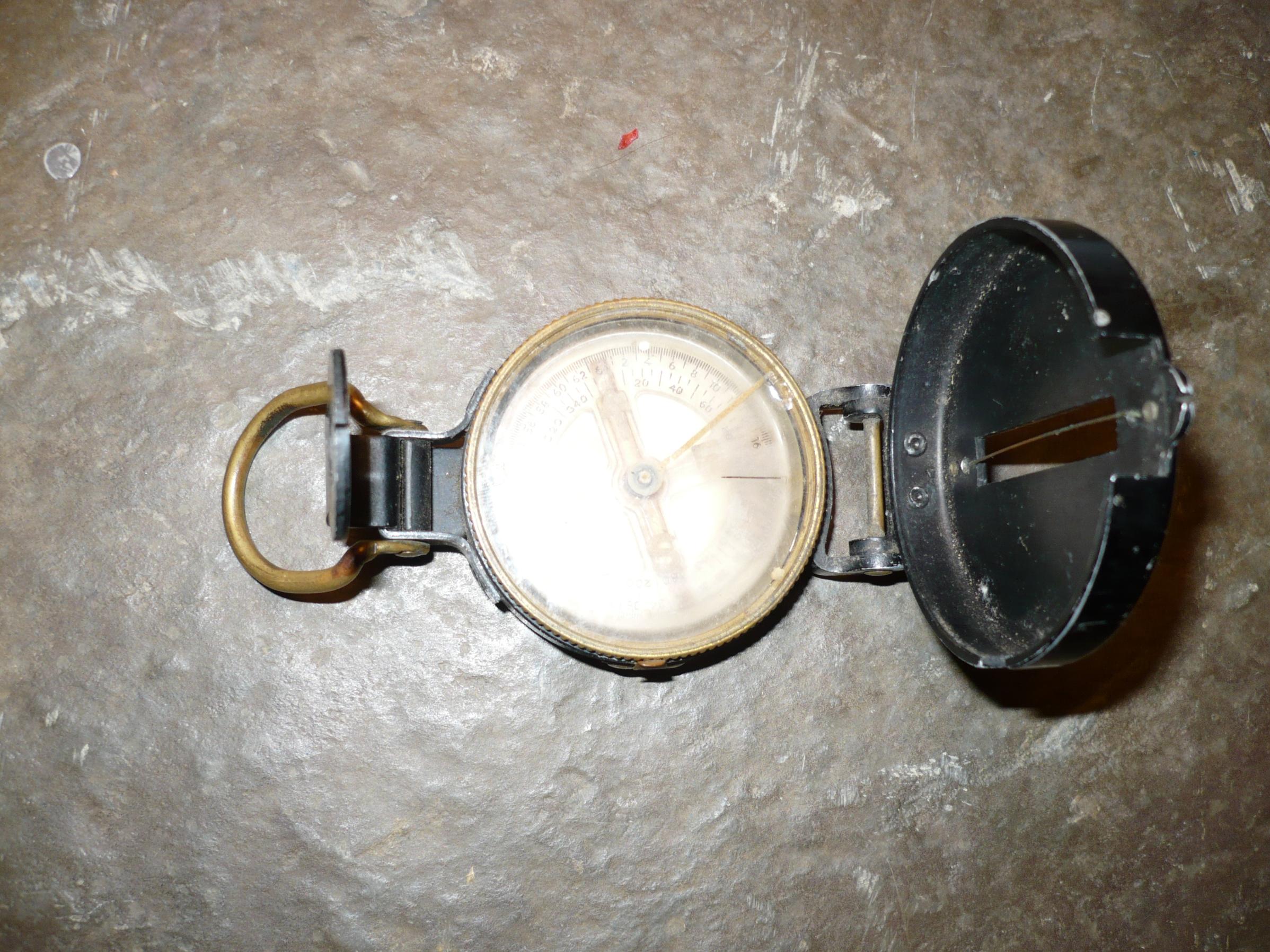 We finally made it back to Iowa about 430 am wed morning I caught a couple hours of sleep and I headed back home. All in all I think it was a great trip, made some new friends and had a wonderful time.