We woke up to civilization blaring in our ears as Brown Bear left his 6 AM alarm on his tablet. After several minutes he got out of his bug net and dug in his pack to turn it off. He then proceeded to start talking until Troll and I growled at him to let us sleep longer. We got up around 8 and boiled some water for coffee in the Aeropress. We decided to not do breakfast again and just eat bars as needed and packed up. We were on the trail by 9:30, later than usual, but we weren't in much of a rush to leave and go back to civilization. I resigned myself to hiking alone this time and made sure to study Troll's topo map thoroughly before heading out. We weren't along the water too much this last day, but we got fantastic views of a marsh below us. I was really hoping to see a moose. I made sure to stop anytime I found an above average blueberry patch, knowing I likely won't be up again before they are gone for the year. We hopped off the trail at the apparent logging campsite and saw the two giant tanks and giant gas lamp stashed in the woods. We proceeded into a rockier section of the trail where we had to find it a few times. Luckily there were small cairns most places that the trail was hard to find. With a map and decent trail experience it is certainly navigable but those cairns sure helped. Noobs prepare or beware. We descended to the bottom horn of Angleworm and spotted the grove of dead trees in the swampier section. I reached the water and found Brown Bear and Troll looking around for the trail. We all knew which direction we had to go and noticed that the beaver dam was way too straight and figured there used to be a wood bridge under it. We walked across carefully and followed the switchbacks up the steep rock face. We made another blueberry pit stop at an amazing lookout point and proceeded to the portage crossing. We knew that the walk from the portage back to the car is the easiest and flattest section, but also significantly buggier. We hurried through the last two miles without a break. This end section was the first time our shoulders started to ache, as we were excited to get our packs off. Brown Bear told me that he finished before Troll, because Troll rolled his ankle a bit and was moving slower. Hmmm. It was bittersweet to leave, but we'll be back in another section of the BWCA in a few weeks, this time with a homemade kevlar canoe. 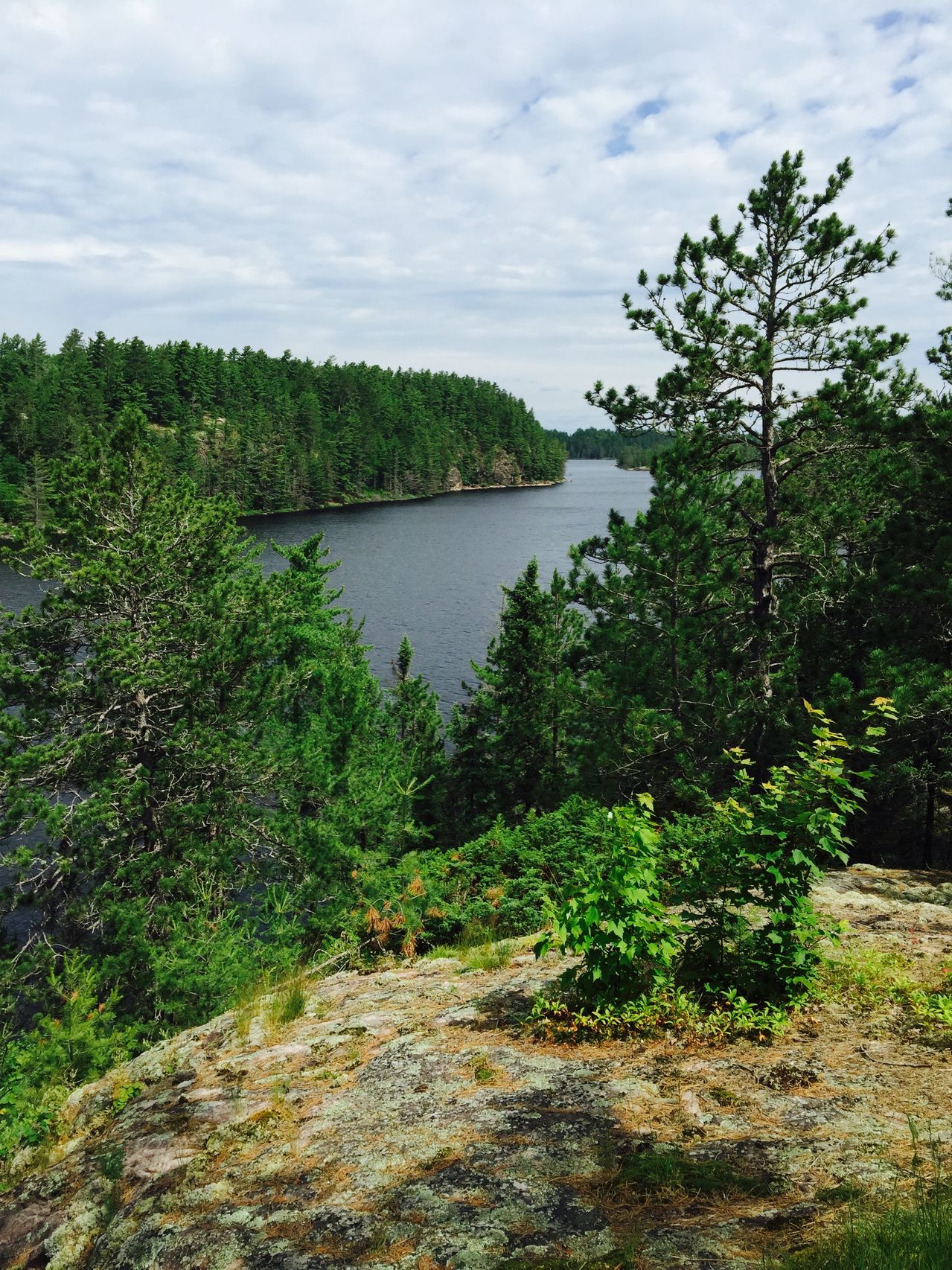