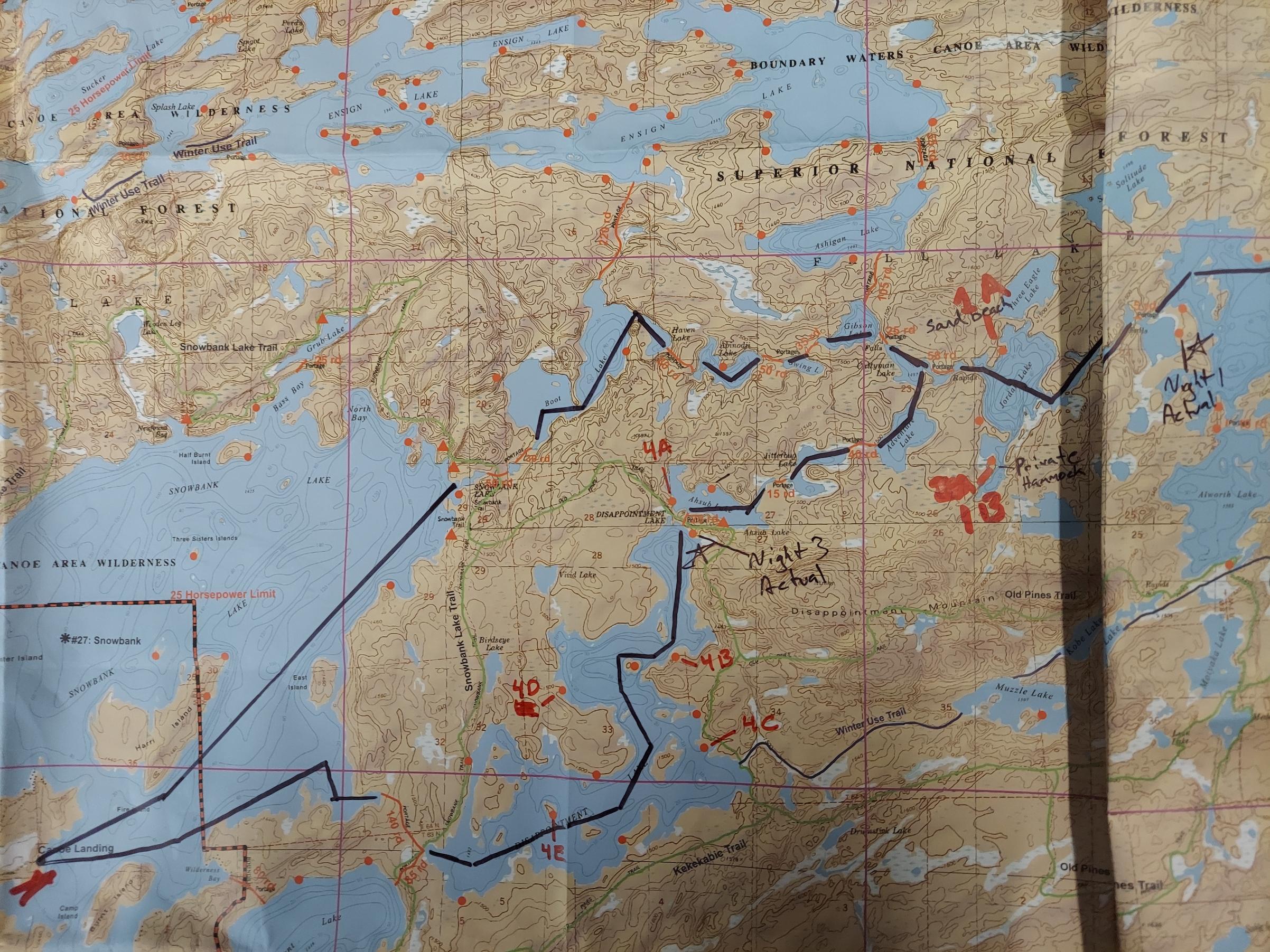 Opening day and it was fairly beautiful weather: slightly overcast in the morning and sunny the rest of the day. As is the norm only one of my friends reviewed the route prior to getting on the water, so the other one was a bit surprised by the announcement of 7 portages to our preferred campsites for night #1 on Jordan.

Of note here would be the Swing to Gibson portage. I can imagine a rainstorm going on during that route would make things challenging. The photo doesn't do it justice 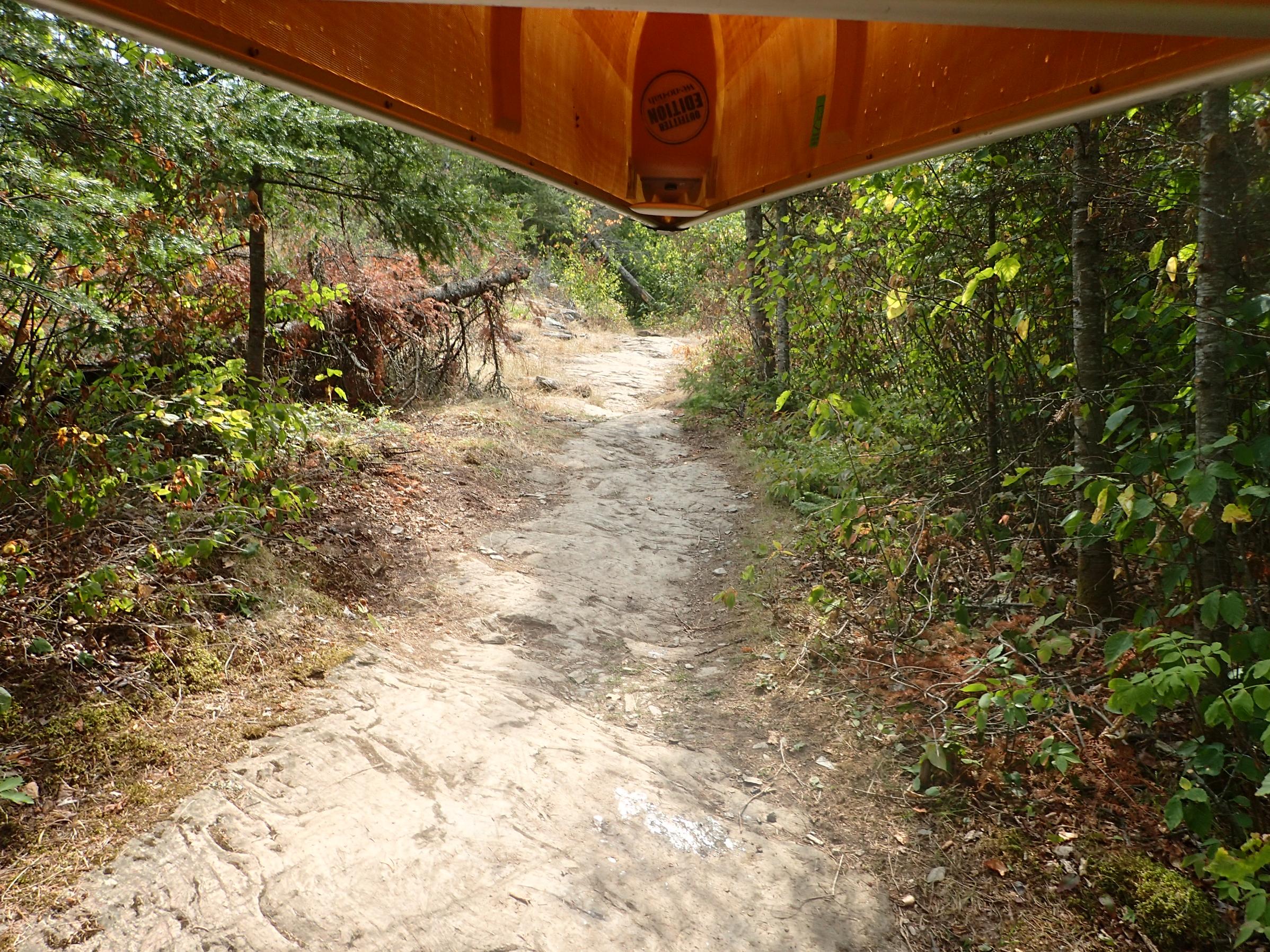 Cattyman Falls was much reduced from its normal recorded splendor and the false ending to the portage is annoying, but the rock on that false ending is very cool looking 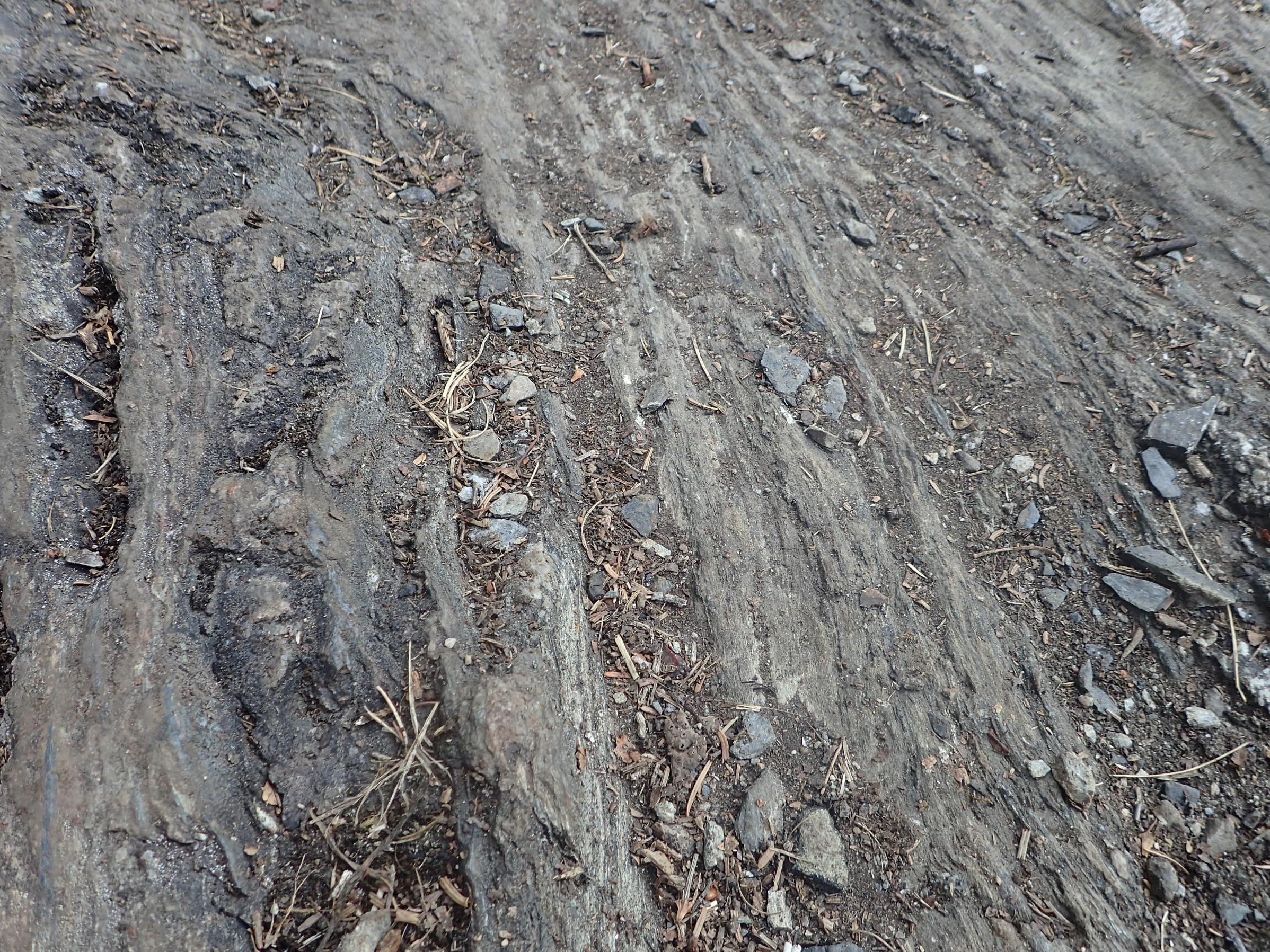 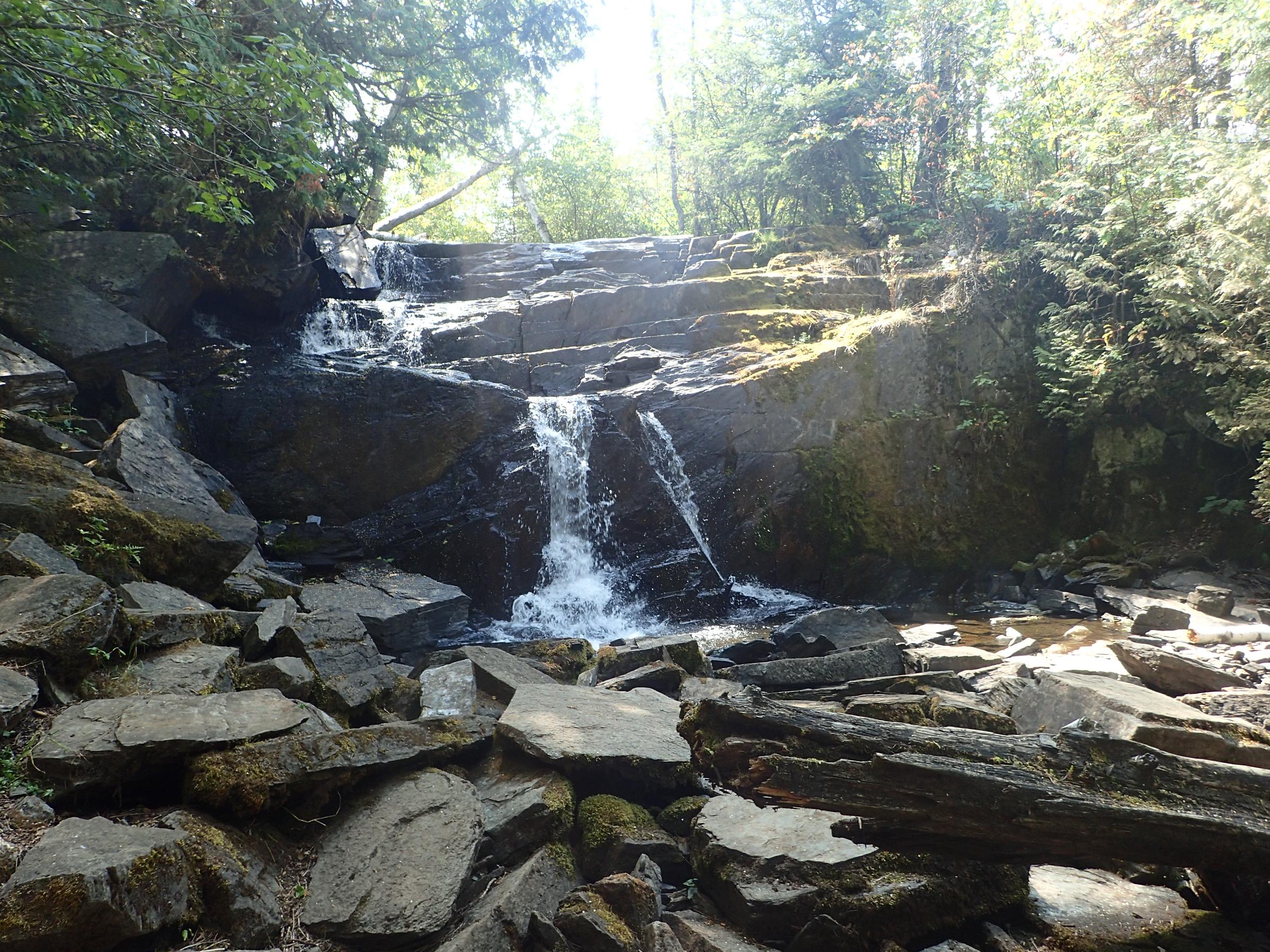 I try to do as much homework as possible when identifying the choice campsites, but as we all know that doesn't always work out and you when things are full. I planned for us to stay on Jordan, but those sites were full. We ended up camping on the site (#1198) in the bay on the west side of Ima and it was a good site, though the wind had begun to kick up, so it made fishing tricky. I did some casting into some lily pads and took the canoe around the lake trying a few spots, but ultimately caught nothing :/

As the sun went down we could hear the mosquitos come out, but they really didn't bug us outside of a few random bites the whole day 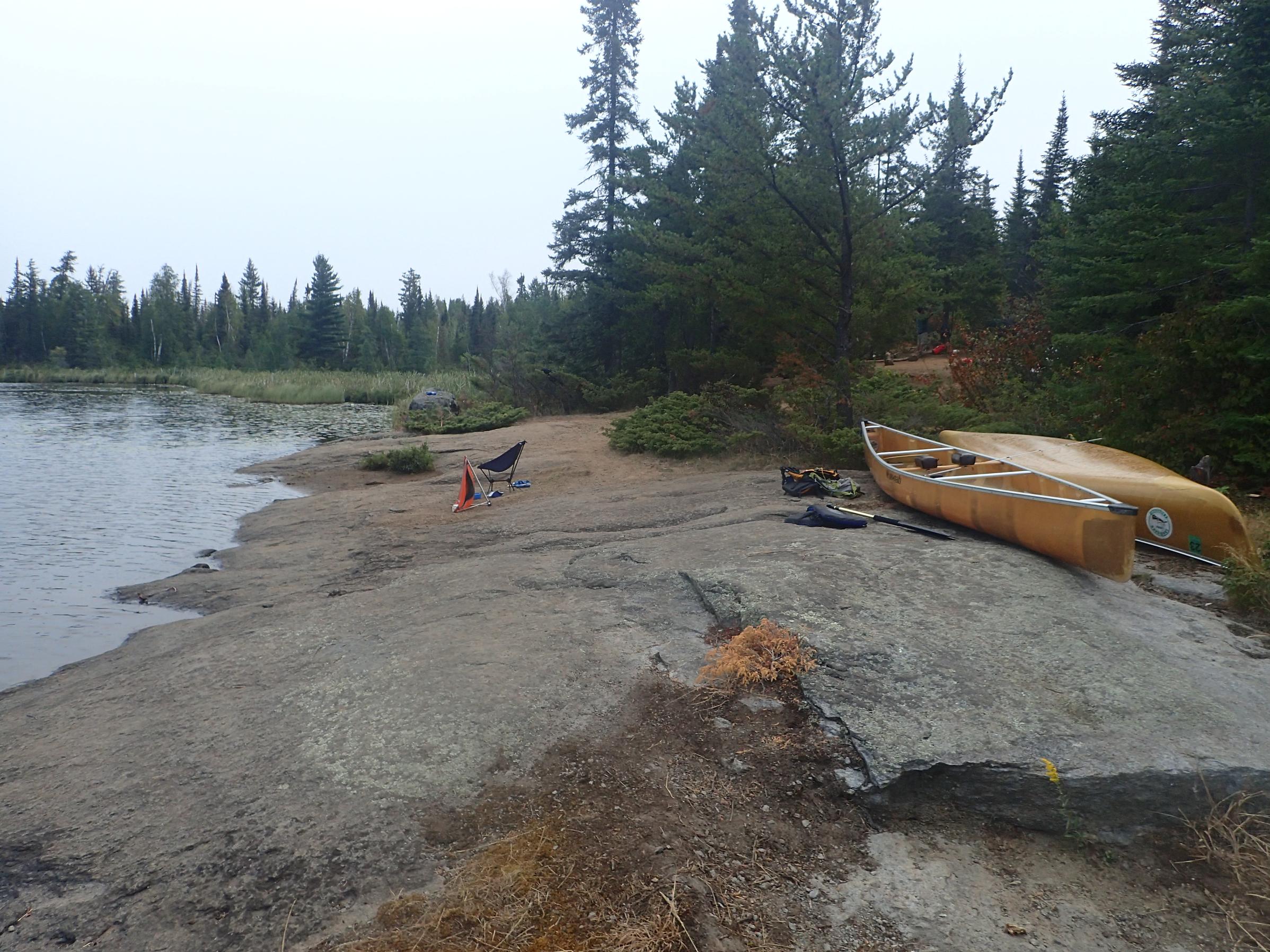