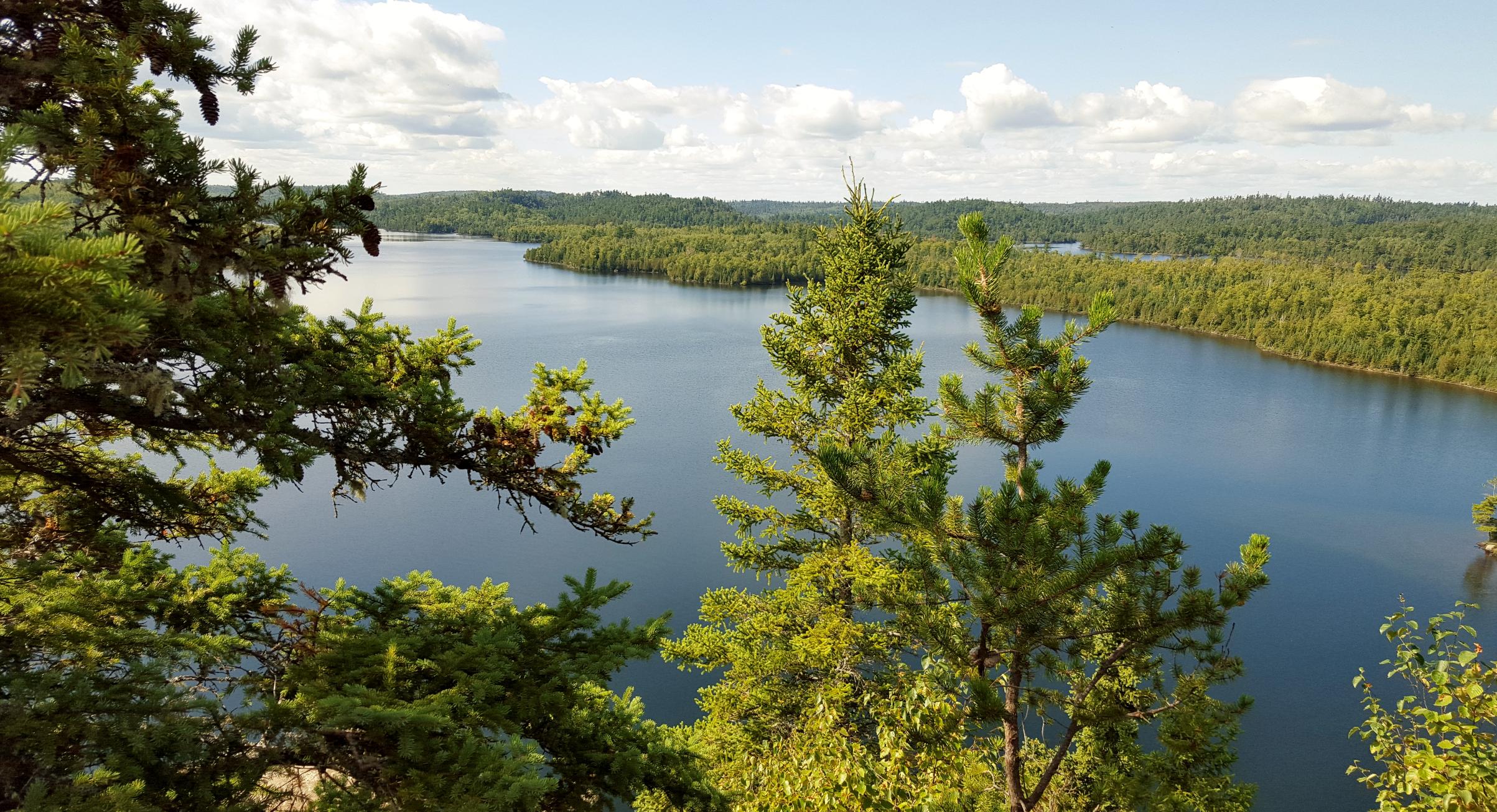 The view from the top of Honeymoon Bluff 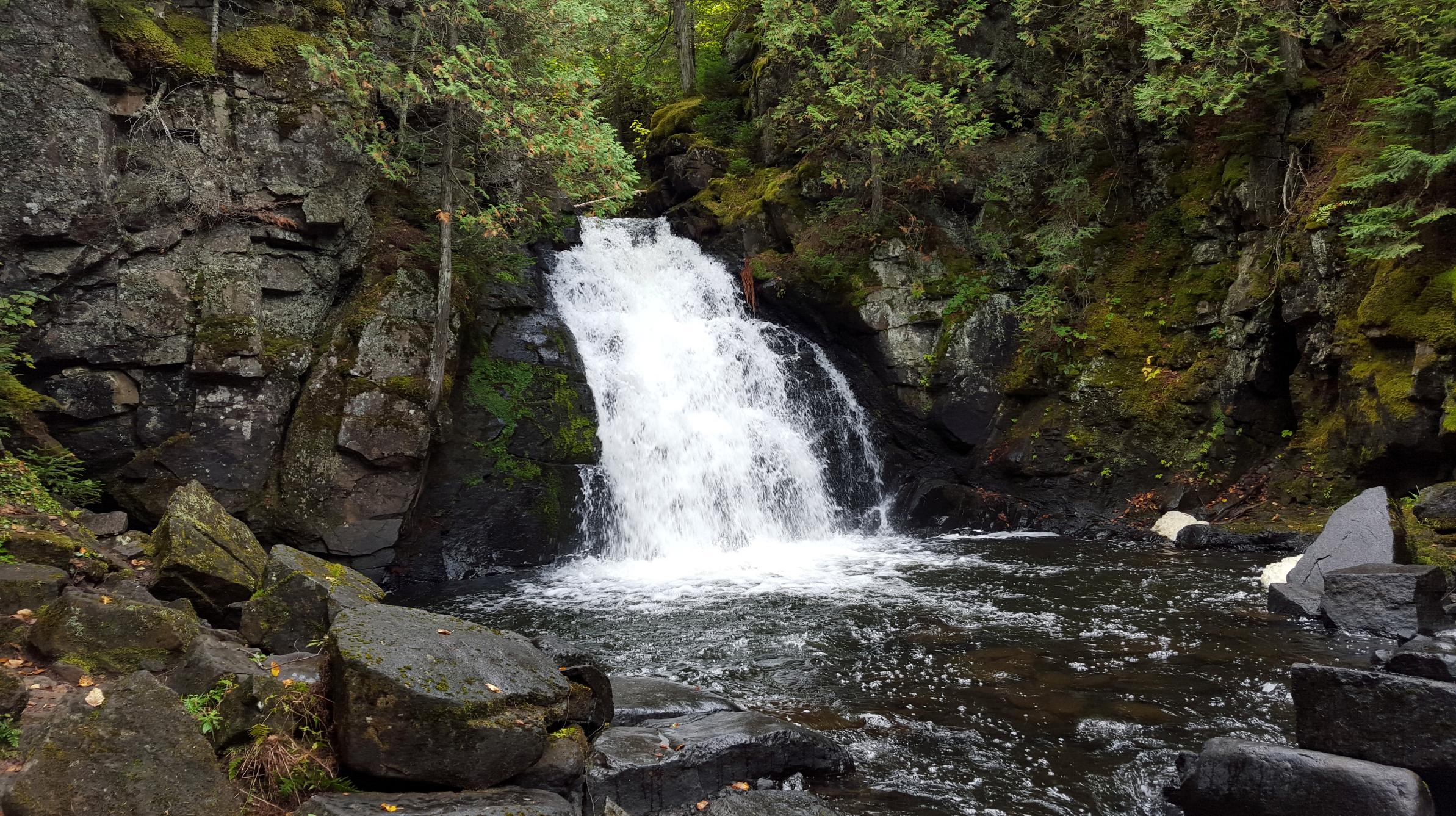 The upper set of falls at Johnson Falls 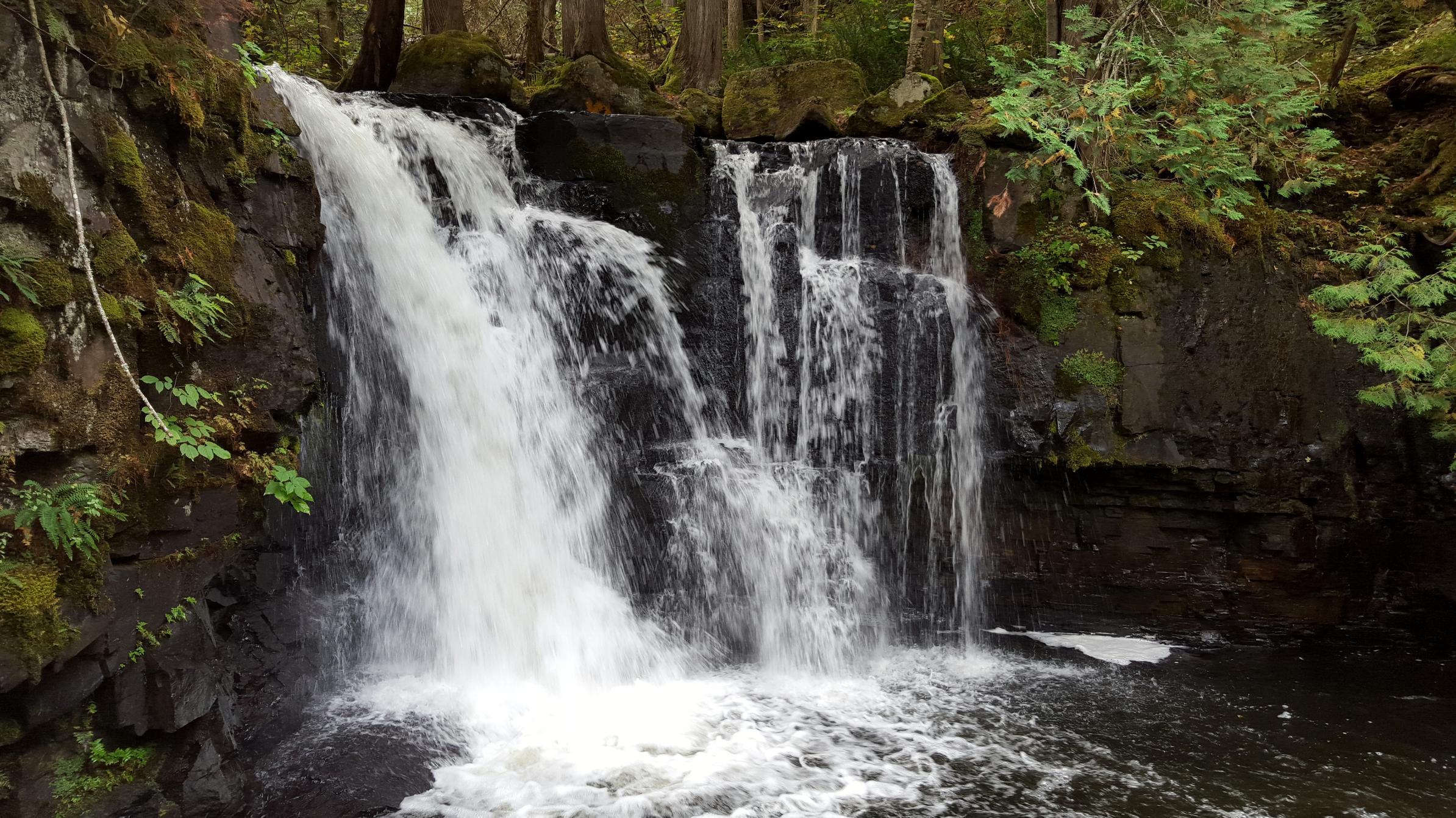 The lower set of falls at Johnson Falls 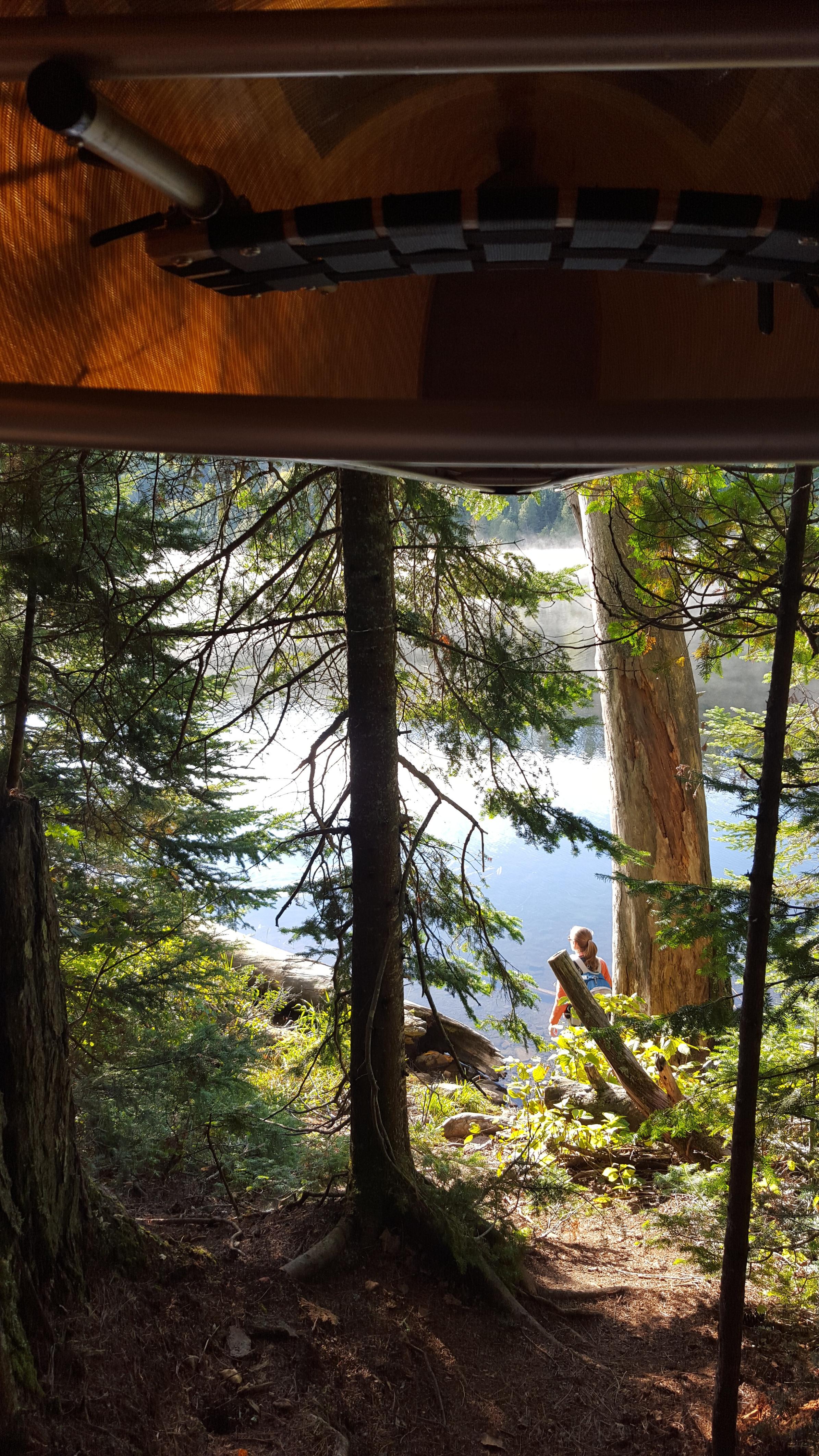 The Alder End of the portage to East Bearskin 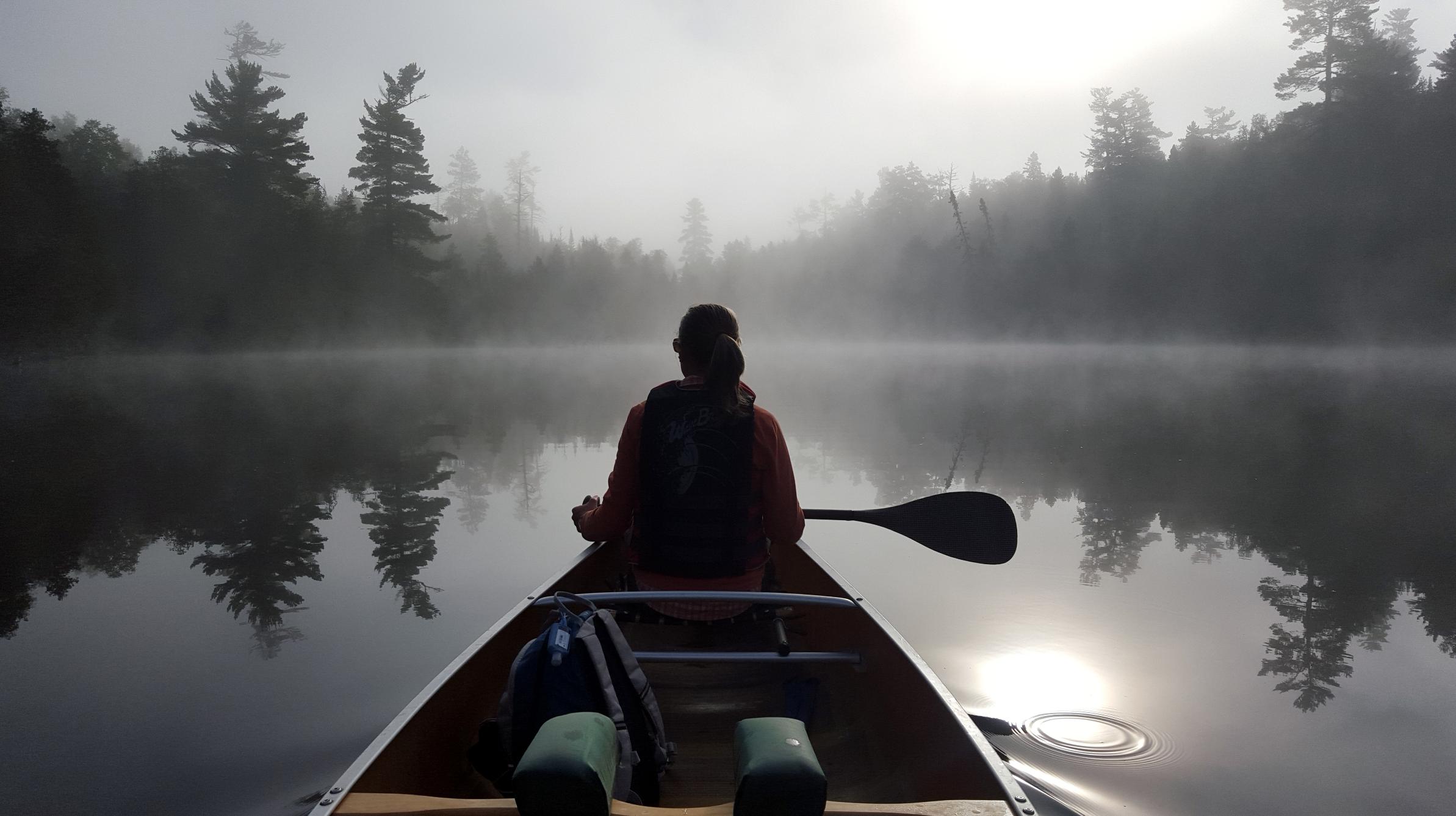 The NE arm of East Bearskin just before the portage 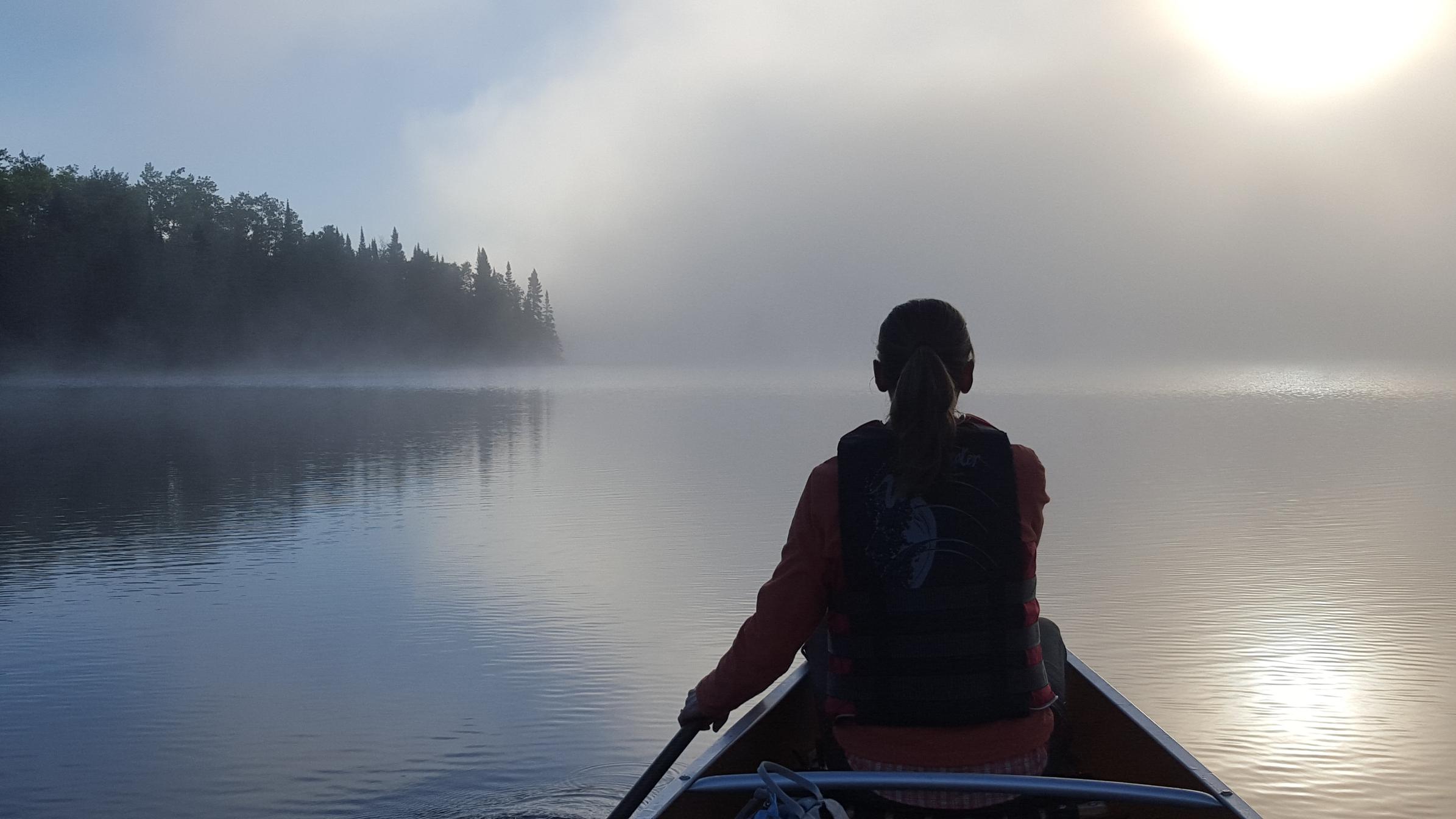 Paddling into the fog on East Bearskin 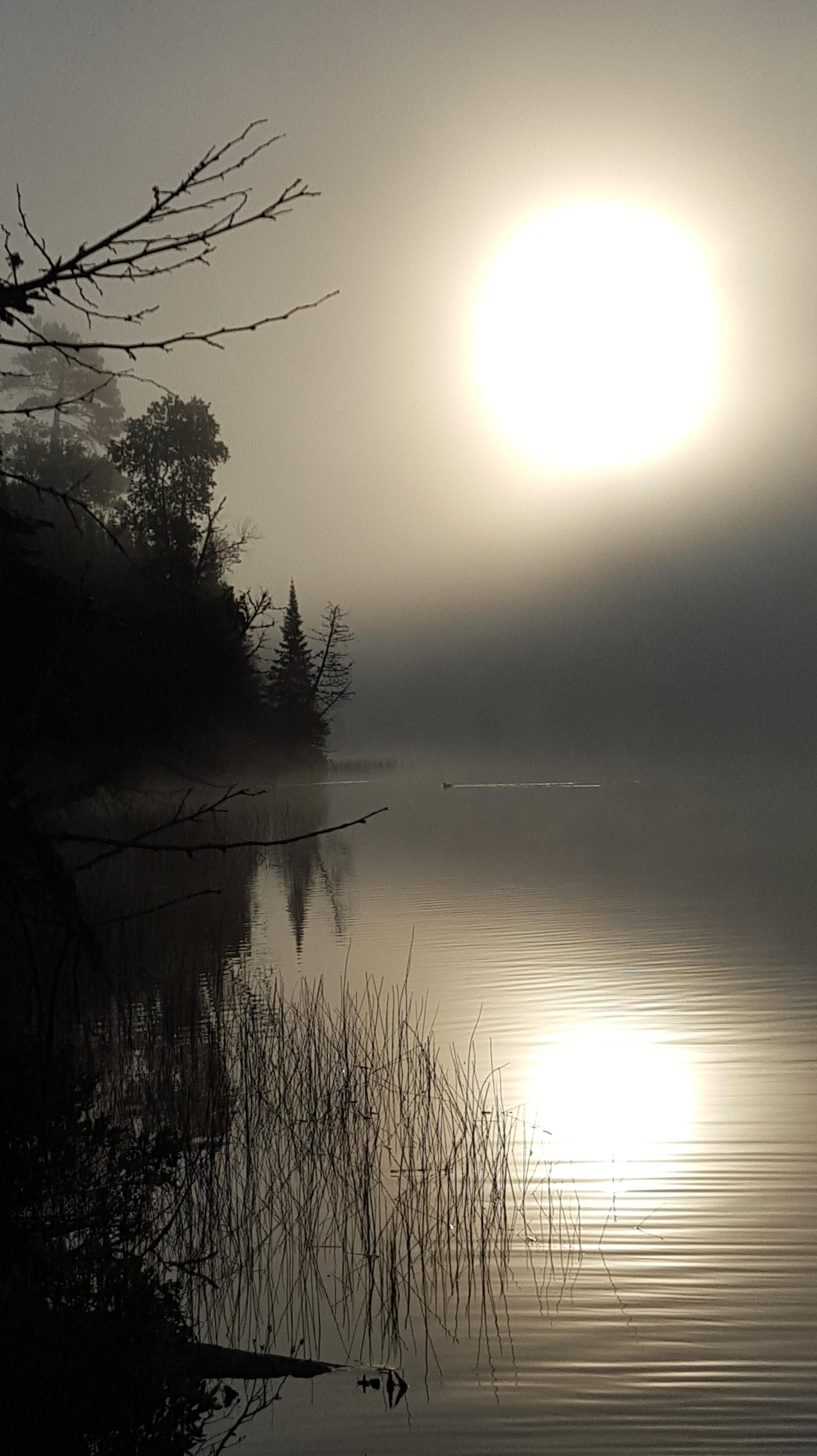 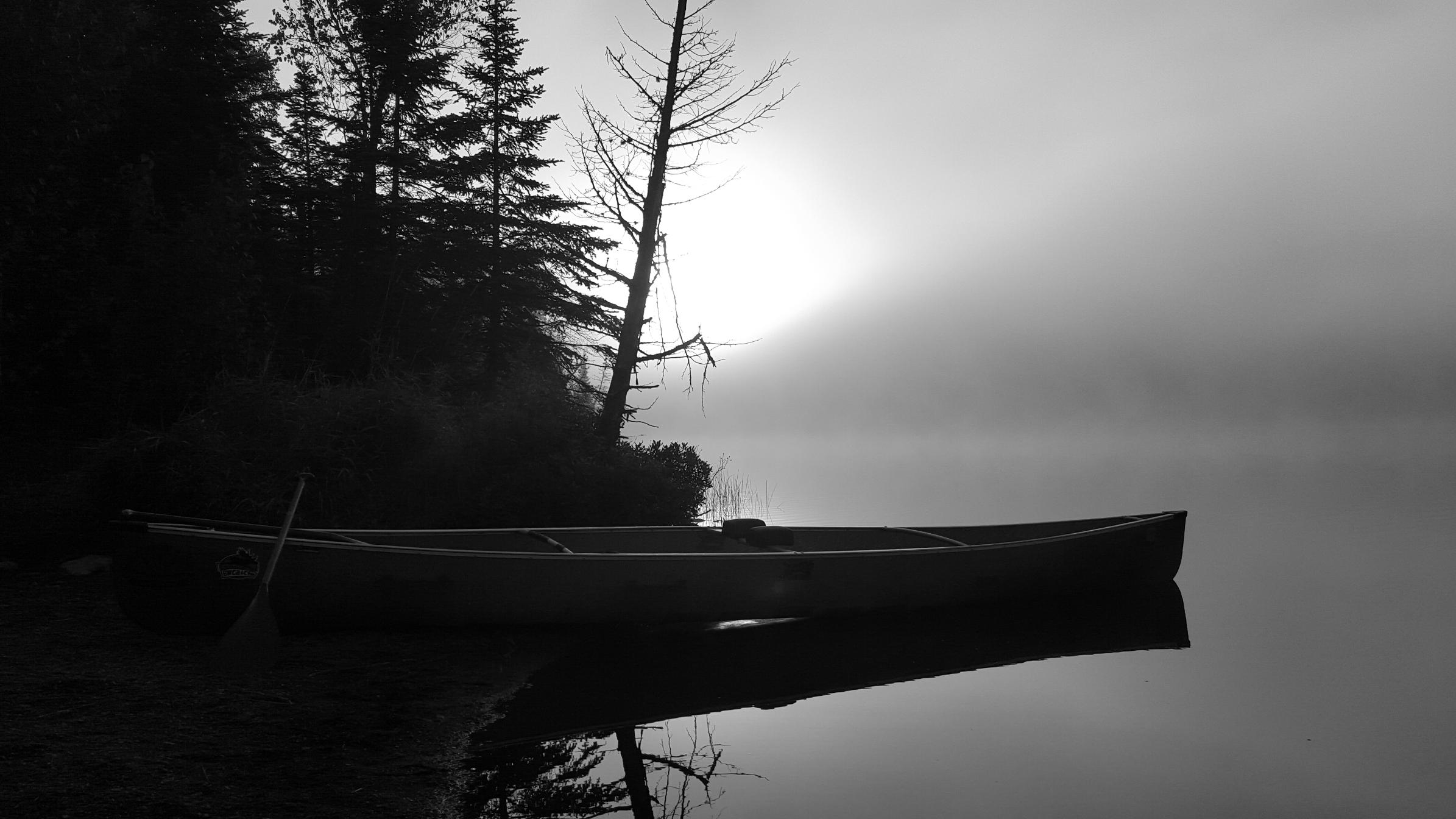 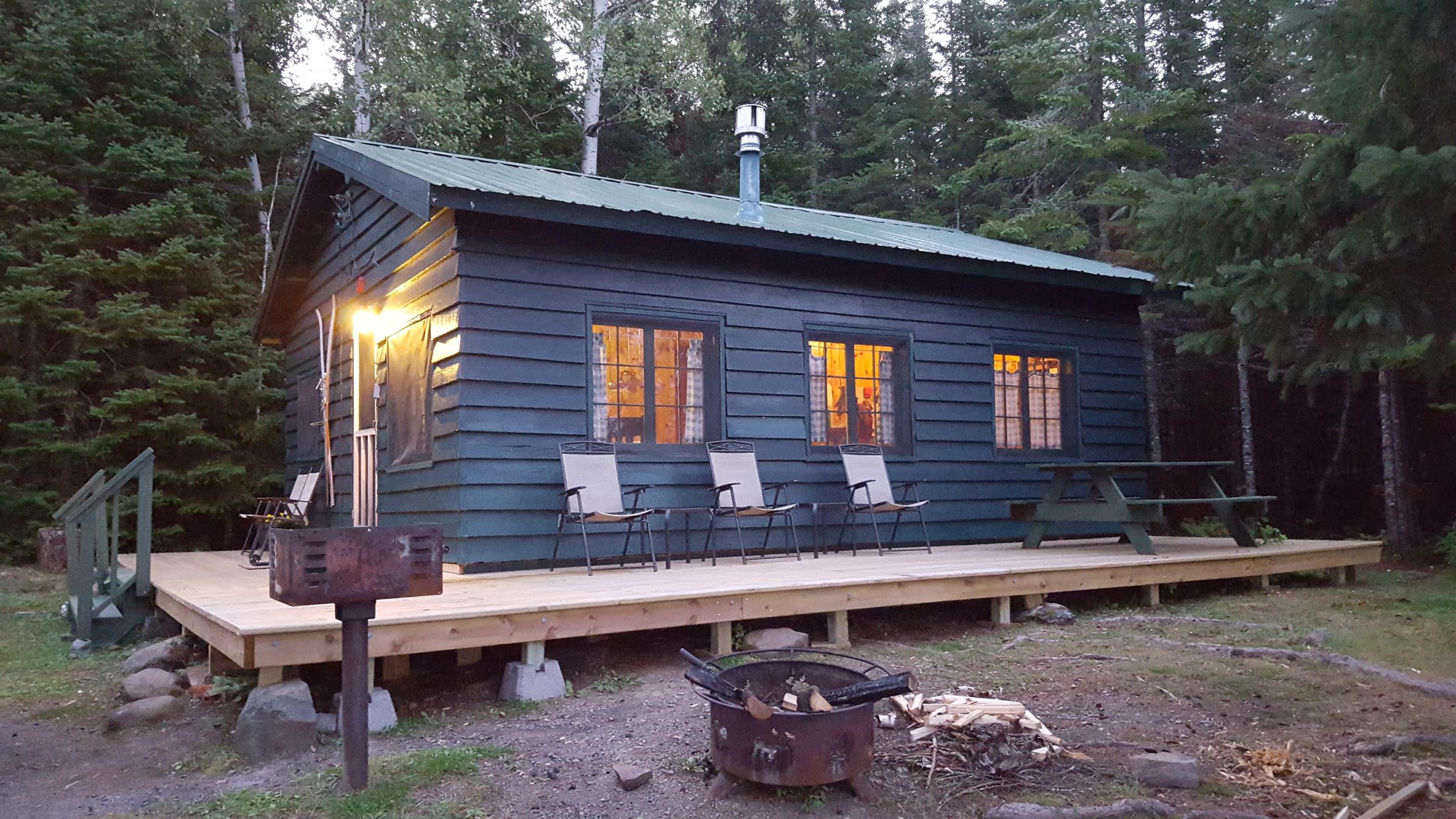 Cabin #2 at the Trail Center