Trip Type: Paddling Canoe
Entry Date: 05/16/2008
Entry & Exit Point: Little Gabbro Lake (EP 33)
Number of Days: 5
Group Size: 8
Trip Introduction:
After seven trips to Lake Agnes/Boulder River, we decided we wanted a different trip. We did some research and decided this would be a nice change of pace.
Day 1 of 5
Friday, May 16, 2008

Since we weren't going in that far we took a more leisurely pace on Friday morning and were to the entry point by 9:00 a.m. Temps were in the low 50's but the wind was starting to pick up. Thankfully we had all of a 40 minute paddle to our campsite--1710 on the north side of Gabbro. We were all very pleased with the site and would rate it much higher than the 3 stars schweady gave it in his review. Even with a group of 8 we found three nice tent pads and the view from kitchen to the east was awesome. The only drawback to the site was the lack of downed cedar and pine for the cooking fire. We found some, but it was a haul to bring it back to camp.

After we set up camp the weather took a turn for the worse. The wind picked up and it started to sprinkle, but that only seemed to help the fishing. Buzz17 and I fished a pool just off the current between Gabbro and Little Gabbro, and in the course of two hours I limited out. The rest of our group tried other areas without a lot of success. We were, however, pleasantly surprised when one of the guys came back to camp with some nice perch.

Probably the excitement for the first day was my battle with the food pack. I overloaded it, so while we were hanging it the handle snapped and it body slammed me into a small rock wall. I survived, but I really felt like a moron. Live and learn to never stand directly below the food pack. 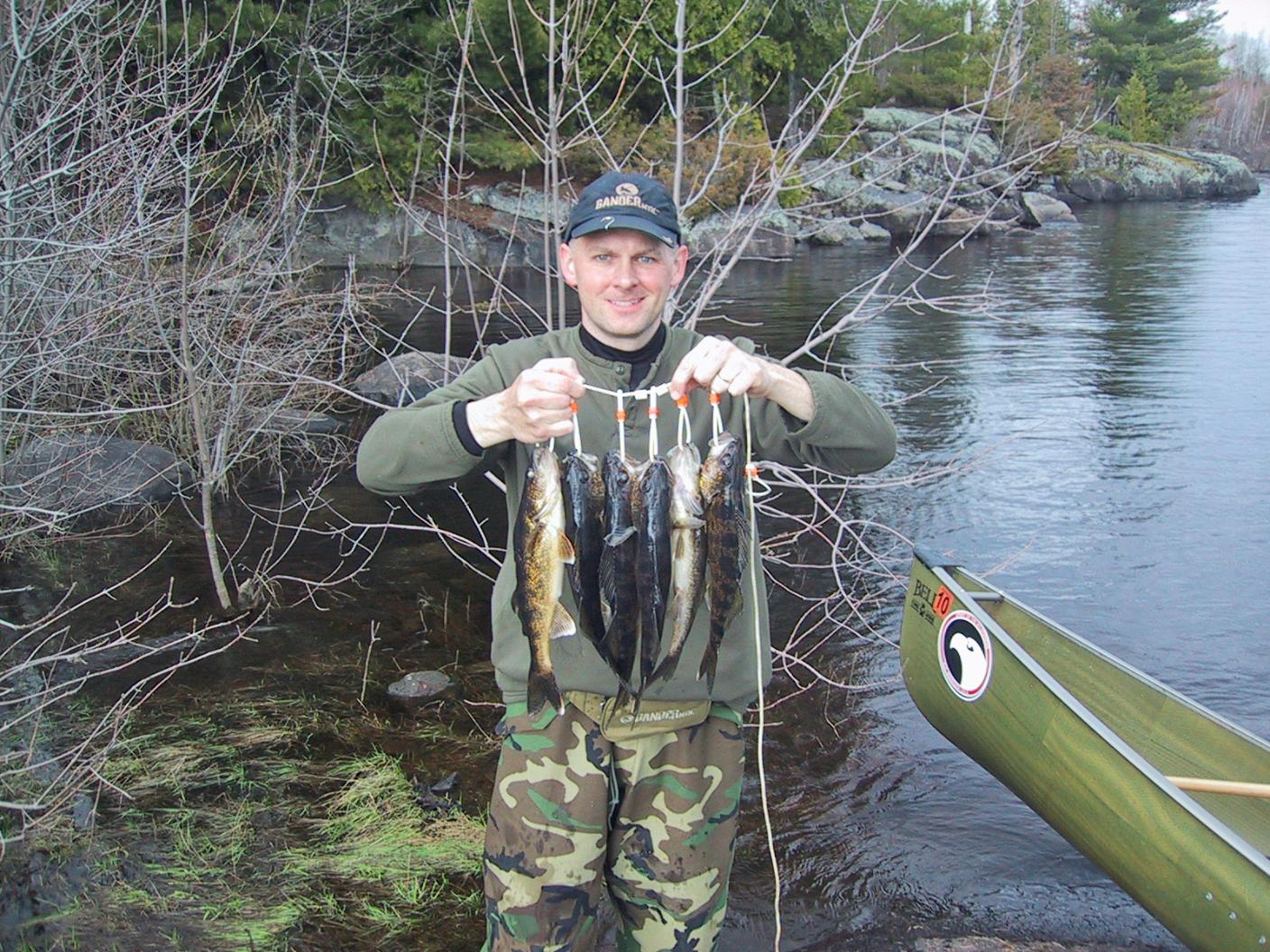 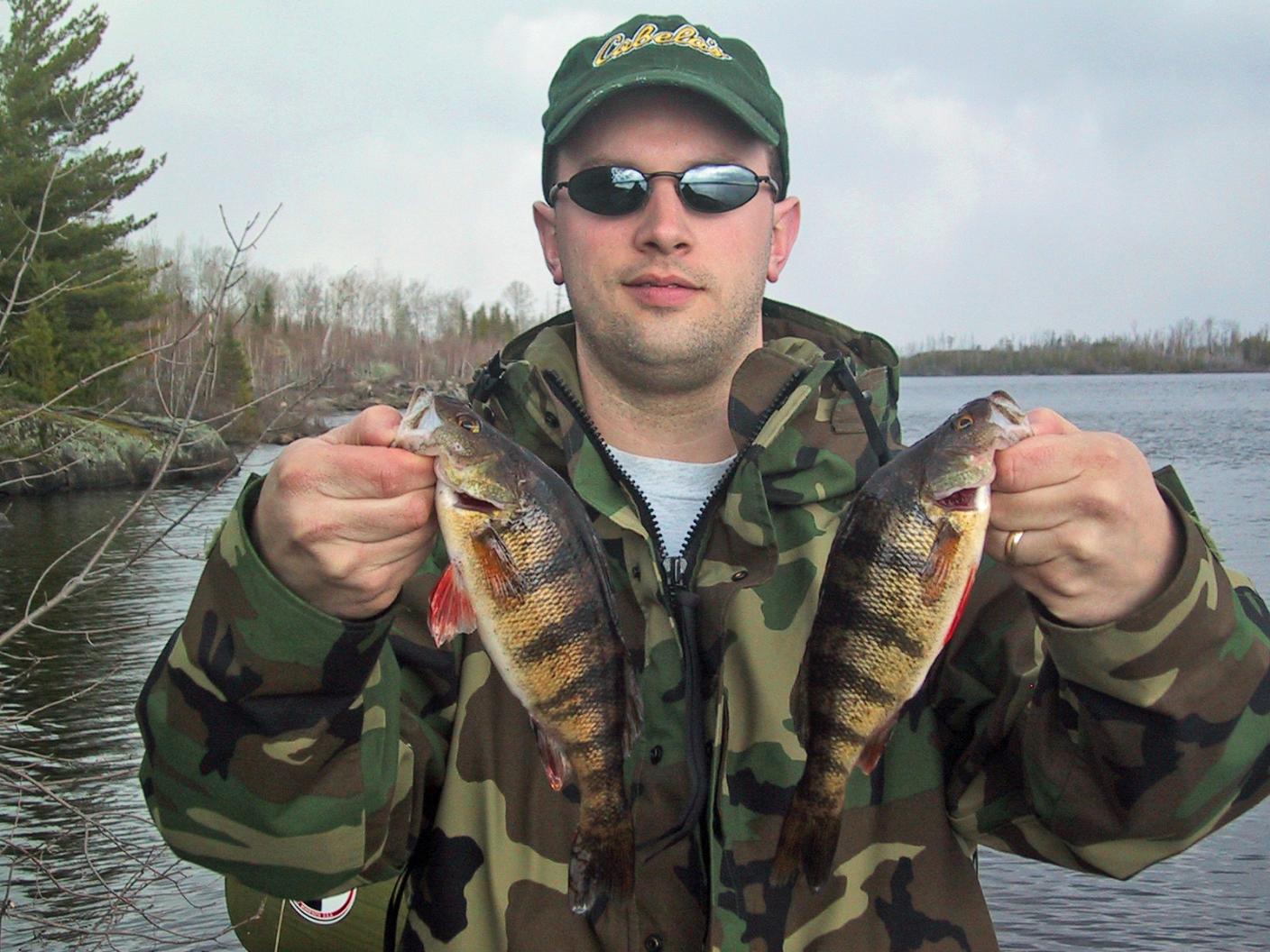