Trip Type: Hiking
Entry Date: 05/23/2008
Entry & Exit Point: Isabella Lake (EP 35)
Number of Days: 3
Group Size: 2
Trip Introduction:
After reading Lost in the Wild by Cary J Griffith I really wanted to hike this trail. Although I had been interested in the Pow Wow Trail before, that book finalized it for me.
Day 1 of 3
Friday, May 23, 2008 Day One- Monticello, MN to Superstition Lake

Annie and I left my house at 5:30 and made it to Duluth by 8:00. We met Todd at Pizza Luce’s for breakfast. This was my third backpacking trip with Todd. The previous two were both around Snowbank Lake. I found out that Todd had been around the lake a few more times since our first hike. After breakfast which was pretty good, we debated about what we should do with the extra car. While going to school in Duluth, I had accumulated a staggering amount of parking tickets and that lesson among many others had been learned. We decided to park my car at Two Harbors and drive together to the trail.

We picked up our permits at the Isabella Work Station and watched the video. The rangers said that they had expected a group to register at 8:00am but they hadn't stopped in yet, so they thought we would have the trail to ourselves. We found the entry point at about 1:30 and started hiking at about 2:00.

The trail starts out real nice and easy with pine needles covering the path, and it stayed rather flat the entire day. There were some blow downs, beaver dam crossings and some swampy low spots, but the first part of the trail was pretty dry and clear. We passed a group of four that were headed to Pose Lake and they said we could share the site if we needed to, but we were heading the opposite direction. We also passed a group of day trippers (canoeing) that had made their way from Diane Lake and were eating a late lunch on Marathon Lake. I made a point to stop by Campfire Lake to take a picture and found the campsite to be pretty shabby. I wouldn't stay there unless I had little other choice in the matter. The fire grate is almost three feet above the rock upon which it stands-terrible for cooking. The site offers poor water access and the lake was hidden from view.

We made it to our destination at Quadga Lake, but after hiking the short spur trail found that it was occupied by a group of canoeists. The site was very nice with a great view of the lake and a good spot for at least one large tent. We decided to push on figuring we could make the next campsite on Superstition Lake before the sun set. 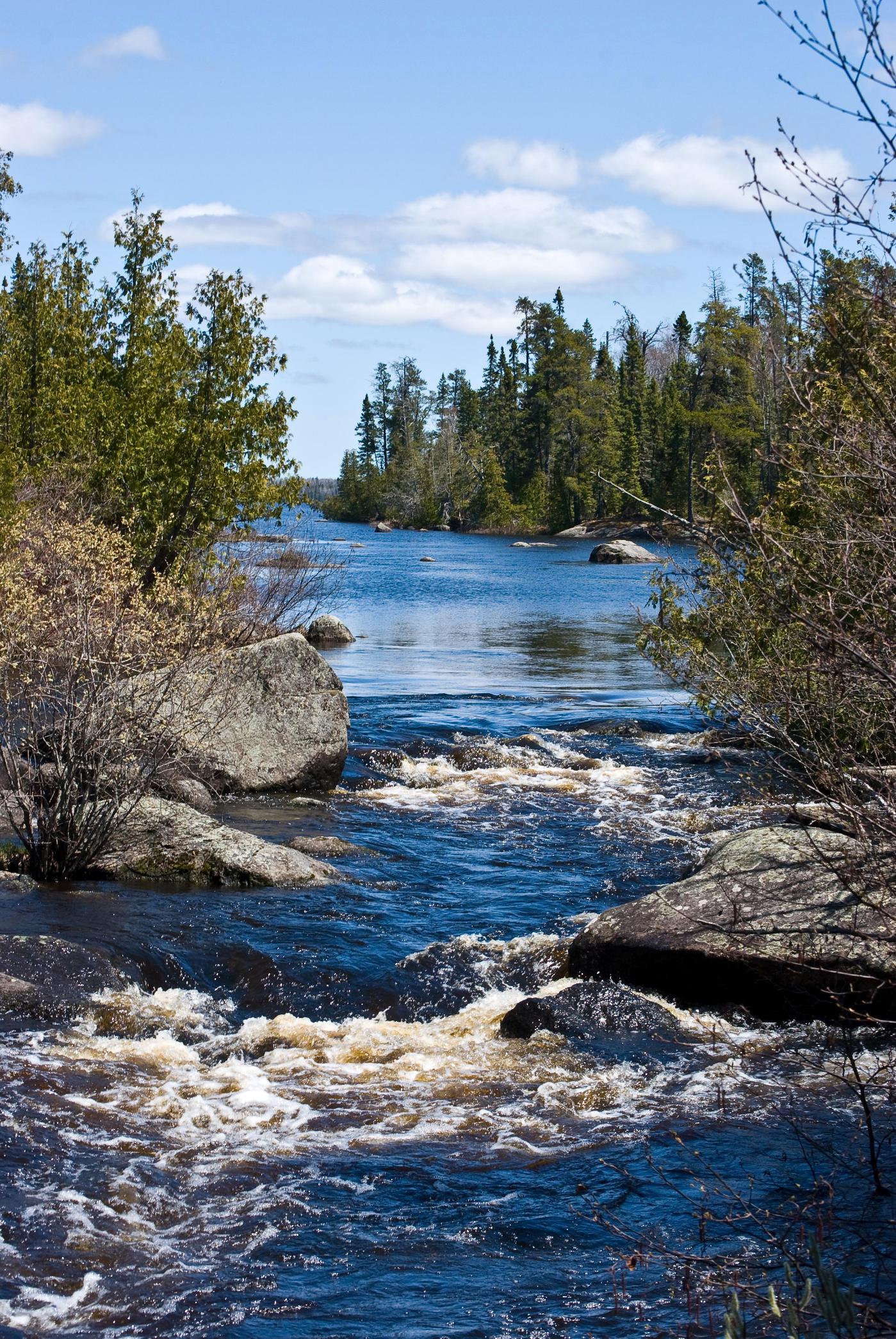 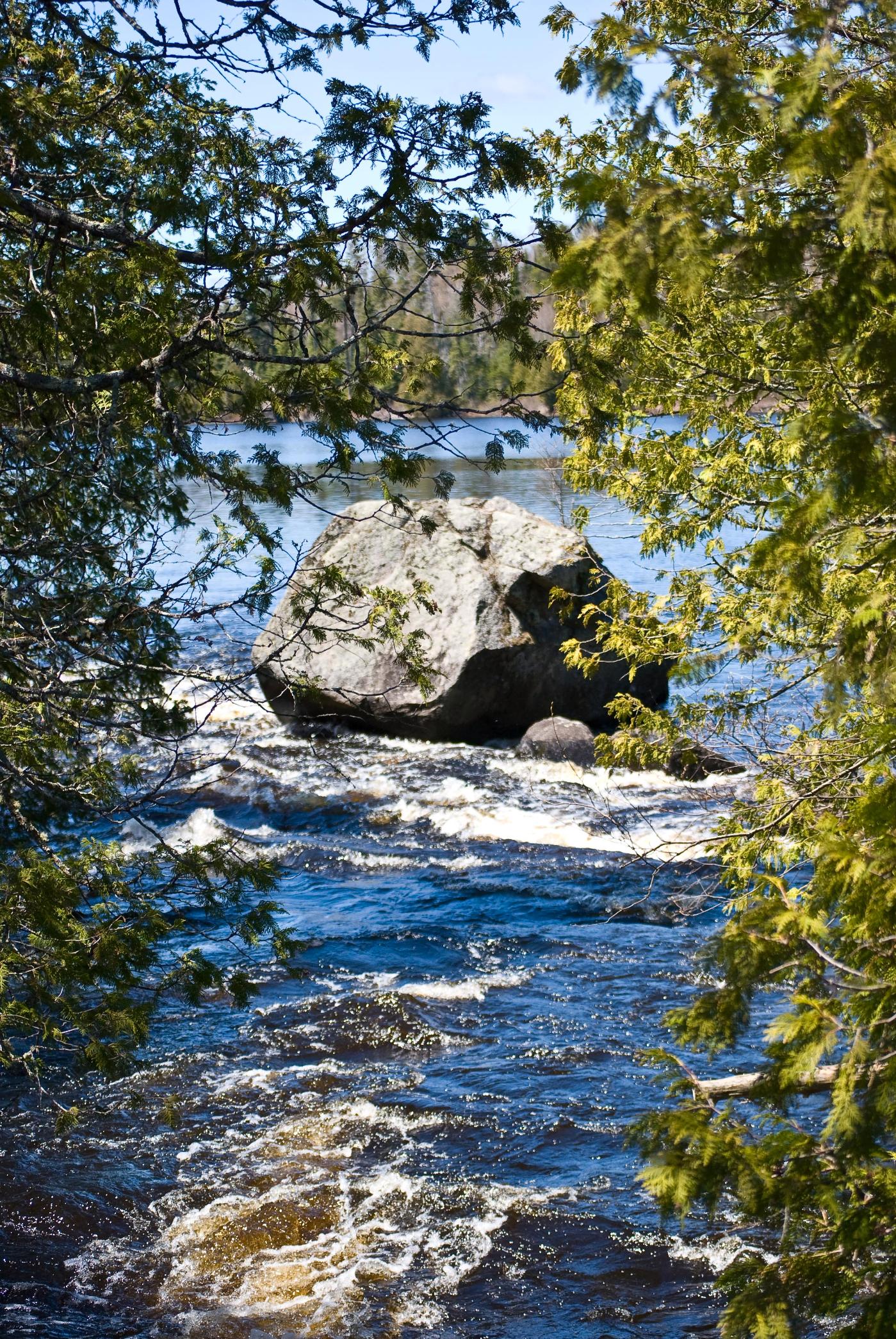 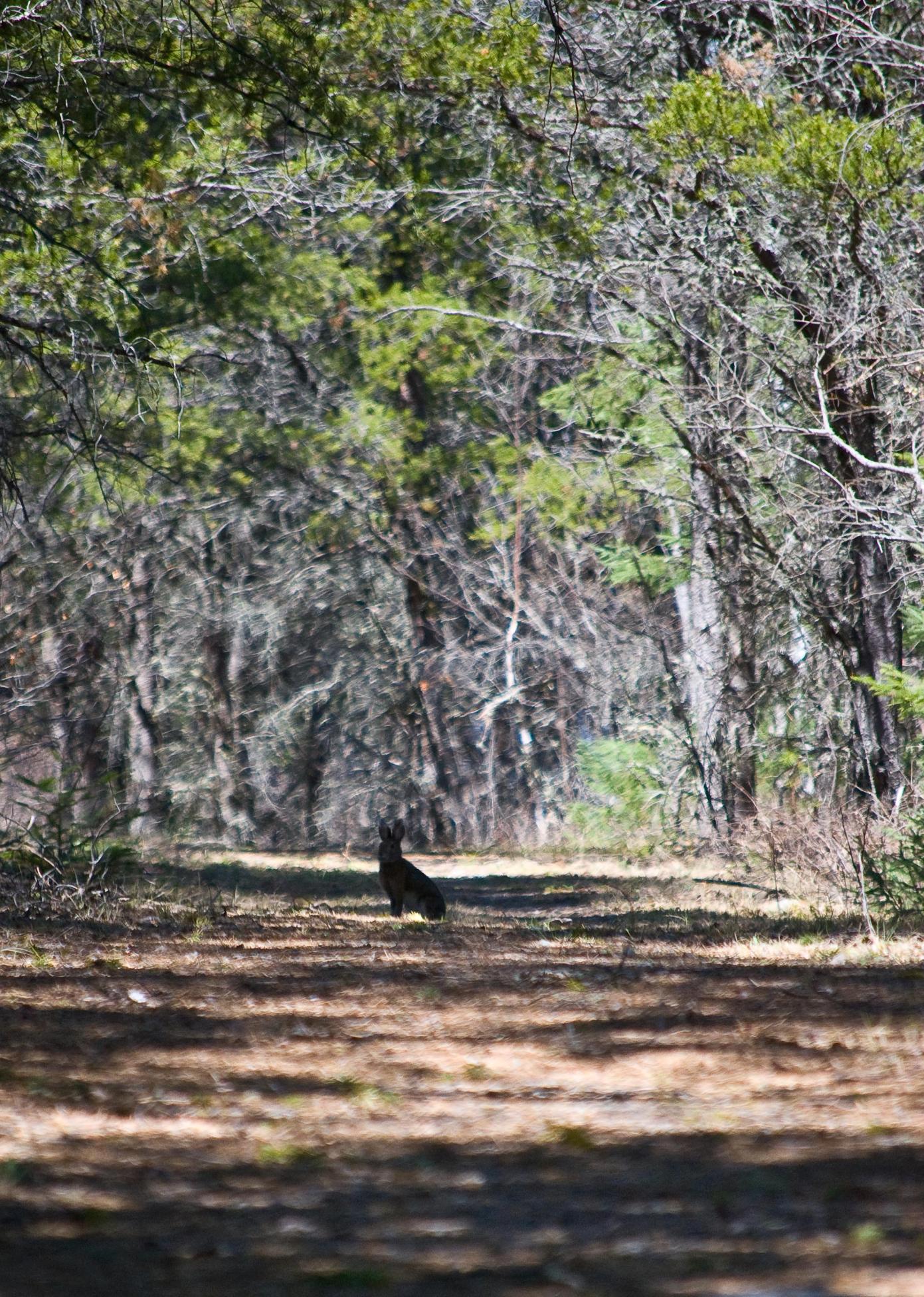 We were short on water so we filtered some right when the trail passed the first part of Superstition Lake. From that spot we could see that it was taken as well. It was going on 7:00, and we were getting tired so we decided to talk to whoever was at the site to see if anyone was already at the Mirror Lake campsite which was another mile or two up the trail. Alex was hiding behind his tent in only his boxer shorts, and was a little surprised to see us. Alex was from Chicago and was a real nice guy. He said that the next site was pretty bad and didn’t mind if we stayed. We took him up on the offer without too much arm twisting. I set out to get some firewood and Todd got some more water. Todd had brought some steaks and I made up some potatoes, carrots onions, green peppers etc. in tinfoil to compliment the meat. We both thought that the meal was one of the best we had ever had while backpacking. Although food always tastes better while camping, I am pretty sure that was the best steak I have ever had on a grill.

Six miles into the trail I had blisters on both heels from my boots which I will never wear again. First day on the Pow Wow Trail we saw 10 other people. Todd and I did not expect to see anyone at all so that was all a bit of a letdown especially when it came to finding open campsites. We figured we hiked about 10 miles that first day. No bugs, great weather pretty easy trail- it was a great day of hiking. 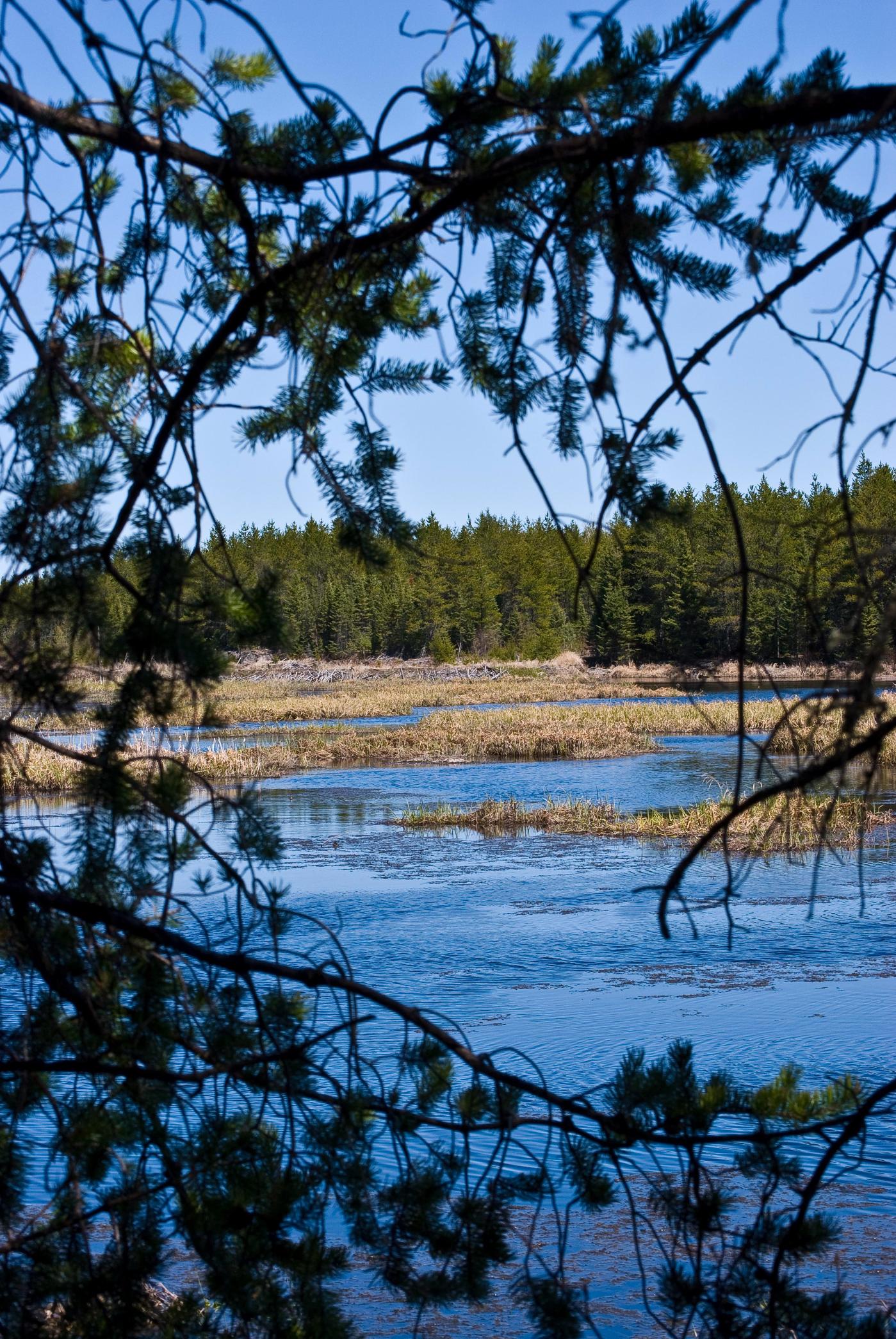 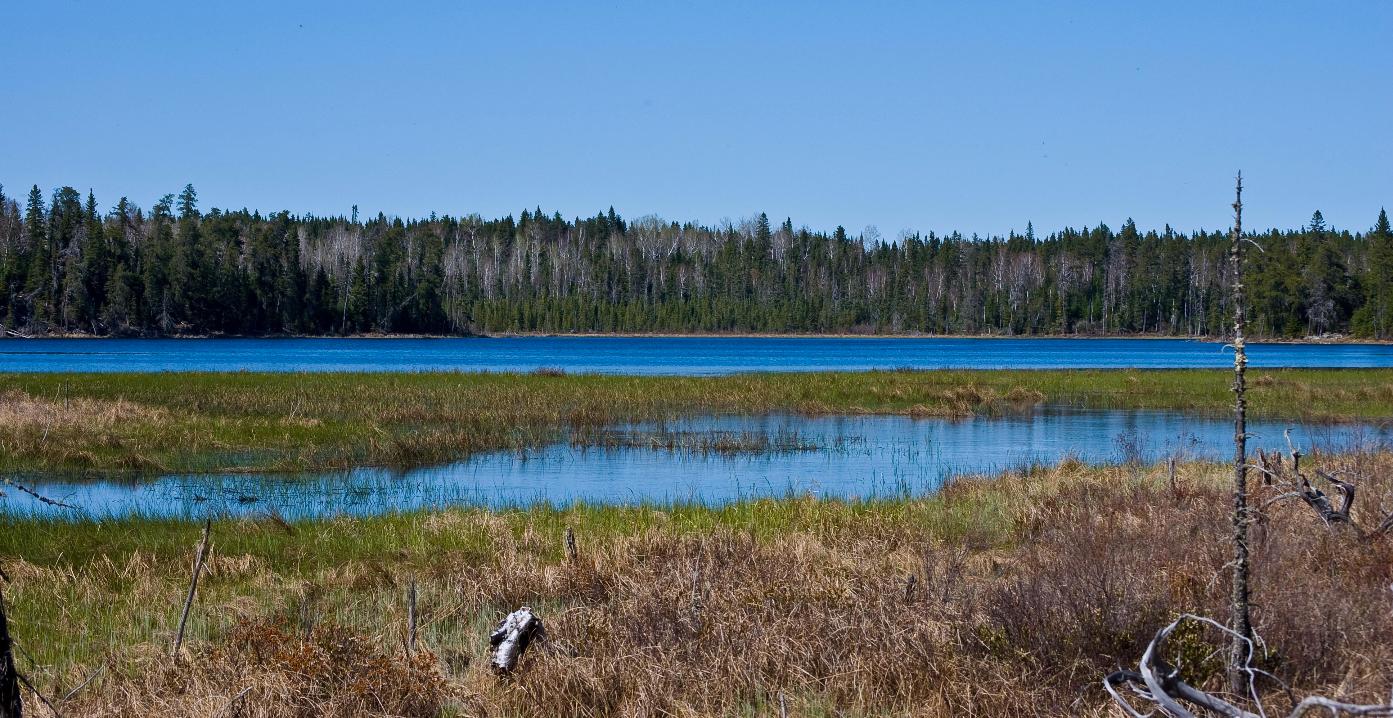 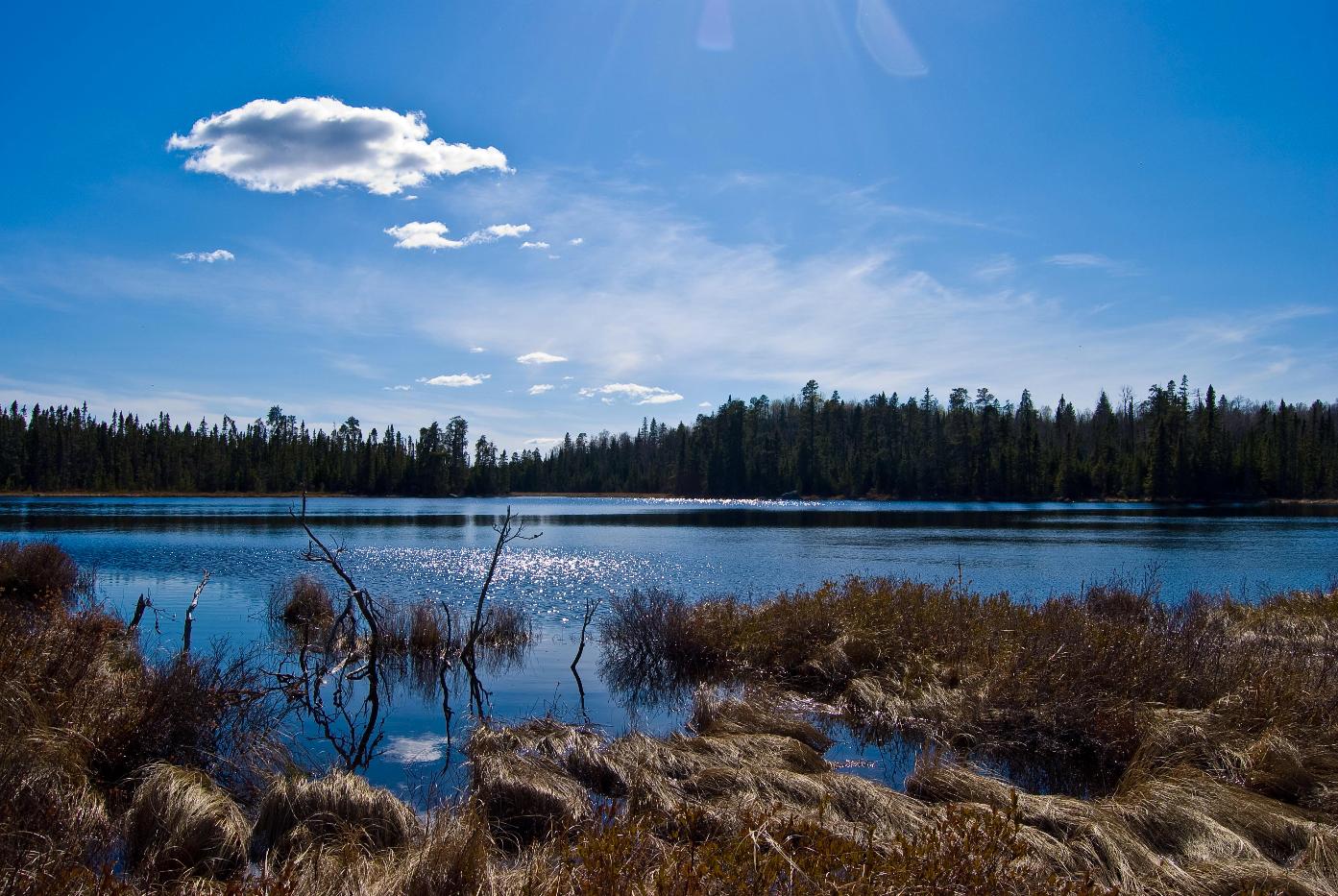 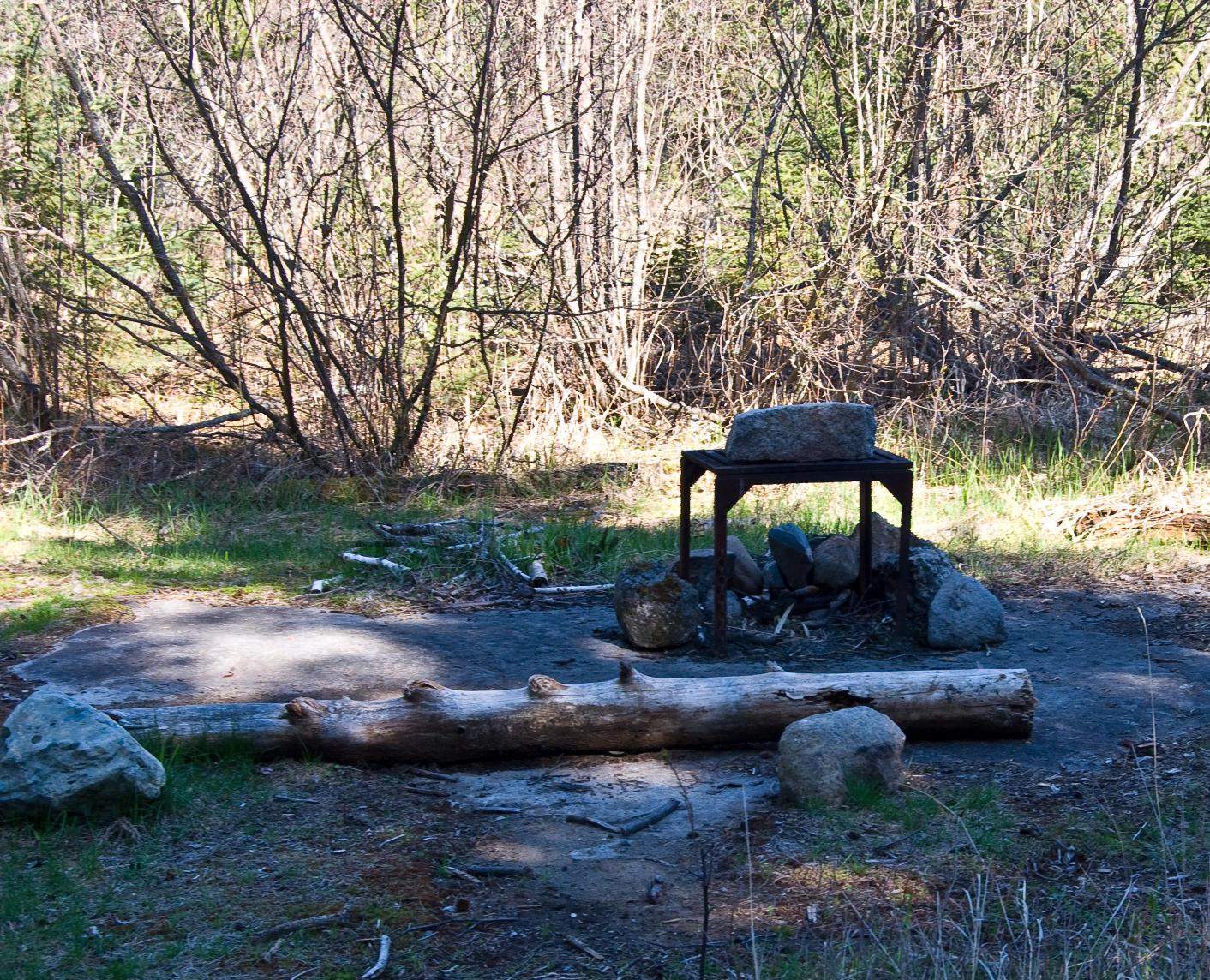 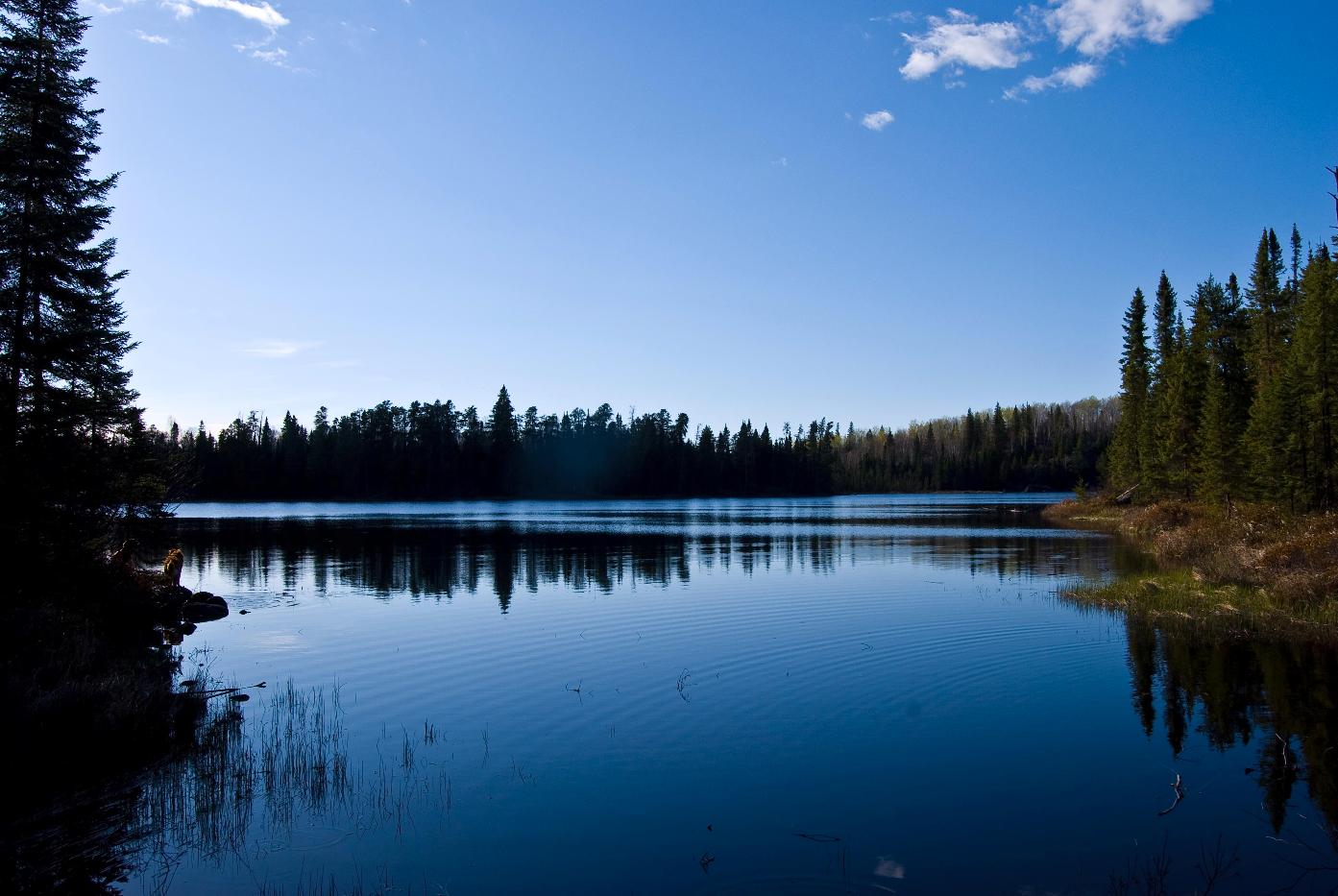