The Sundial PMA
by PaddleAway

Woke up to frost on the life jackets & a temp of 25 degrees. After the “eyes” I was glad to wake up at all! A good travel day that warmed up into the low 60s. We broke camp & portaged into Boot, Fairy, & Gun, which had a nice little waterfall tumbling to the west of the portage. Met a gentleman soloing into Gull who I chatted with for a few minutes about the Beartrap River, which he’d canoed previously with his son. Portaging into Mudhole we were very, very, grateful for the high water; otherwise it would have been a long, muddy slog into canoeable water. We moved through Thunder & into Beartrap, where the single campsite was mercifully unoccupied. We fish a bit, caught a few pike, watched the immature bald eagles criss-crossing the sky, & had our only fire of the trip as the temp plummeted yet again. But we were set for our assault on the Beartrap River. 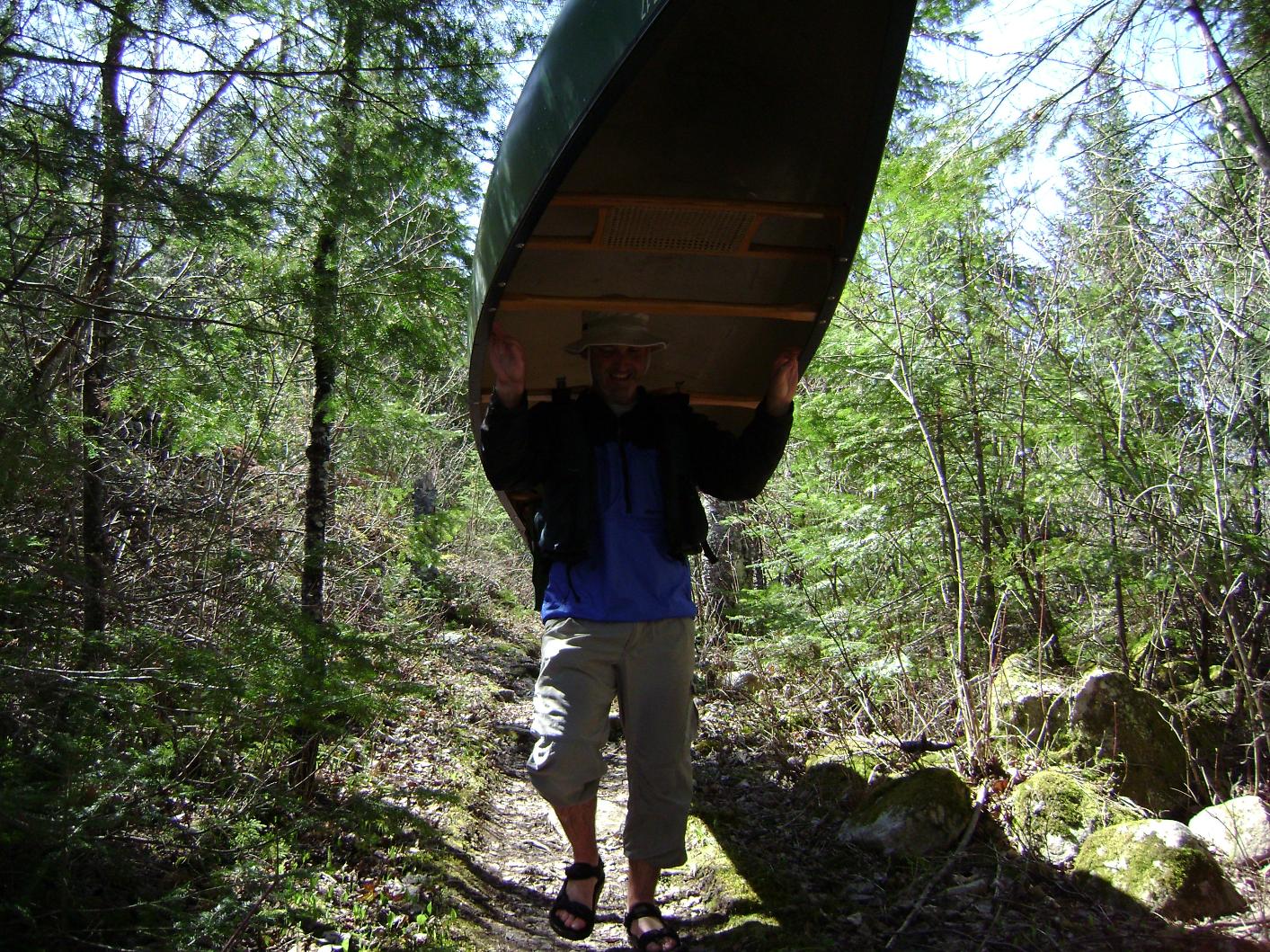 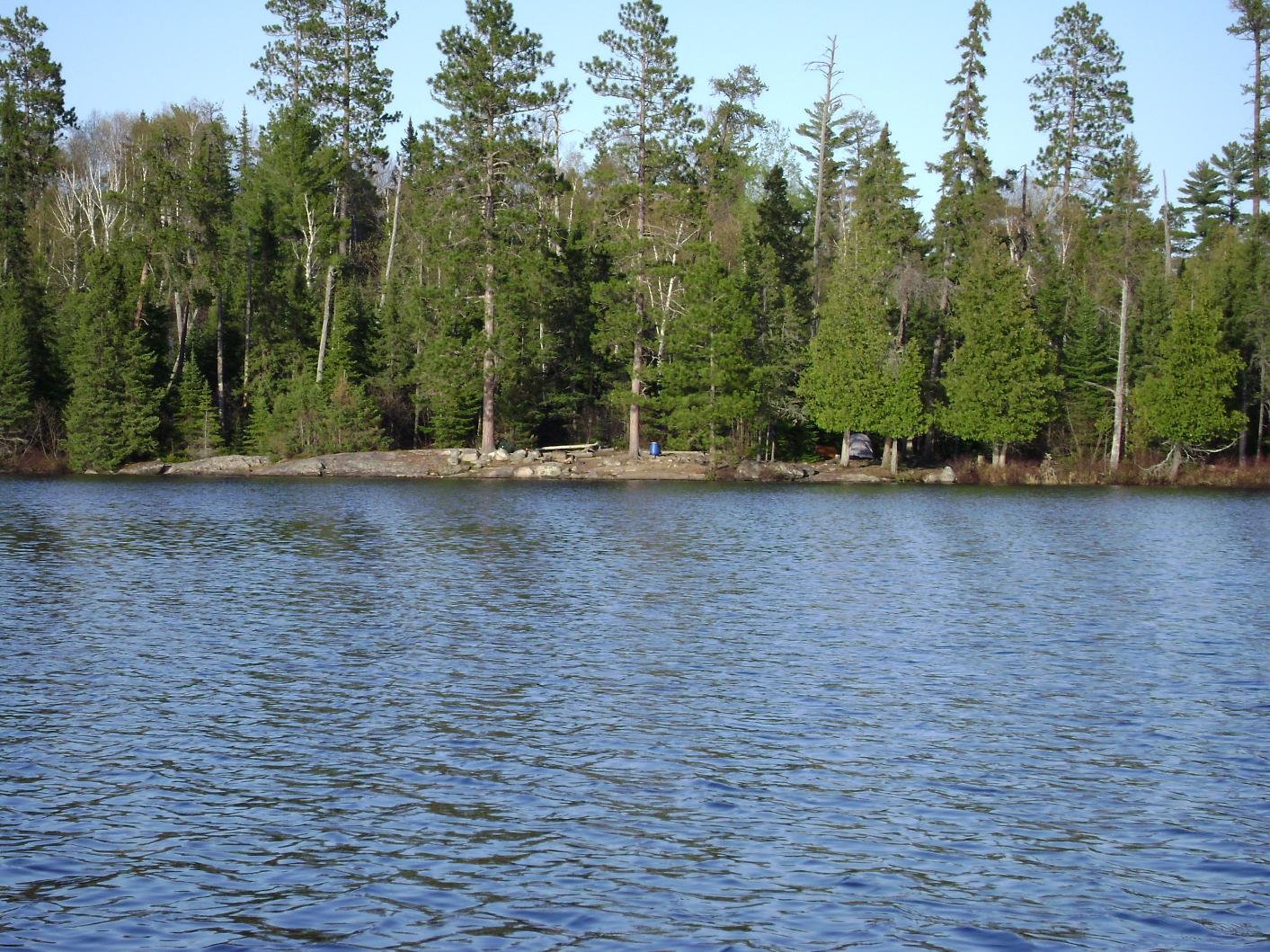