Tyler (my son) graduated high school yesterday. Yea! That is why we didn’t start our trip earlier and made it fairly short.

Jim picked me up at my house and we left at 9:15 a.m. We had a beautiful day for a drive. It was about 60 degrees and partly sunny. We traveled up the WI side to Duluth up the North Shore (Hwy 61) to Grand Marais, and then up the Gunflint Trail. The scenery of the trip was as beautiful as the day.

At 12:15 p.m. we stopped at Veterans’ Memorial Wayside by Spooner, WI. This is a regular “stretch & potty” stop for us and is kind of a milestone of our progress. The weather was still pretty nice, but by the time we reached Superior, WI, about 1:30 p.m., it had clouded over. McDonalds for lunch (they have some healthier stuff now).

Up the North Shore to Sawtooth Outfitter - we needed a map and a Nalgene bottle holster. Since we were there I asked if we could pick up permit as well. Nope. They couldn’t do that for another Cooperator (our Permit Issuing Station was Hungry Jack), but a Rangers’ Station could, so headed to the Tofte Ranger Station. Got the permit and left about 4:15. The day was beautiful again with blue skies and fluffy clouds. Even Lake Superior was calm.

We had been hearing about the flooding in the area, and, in fact, there was some washed out areas along the Gunflint Trail. I guess things were bad before we got there – we could tell – but the road was totally passable for us. Orange cones marked the bad edges of lanes in just a few spots.

The first night we stayed at the East Bearskin Lake Campground approximately 27 miles from Grand Marais up the Trail. There weren’t many sites occupied, probably because of the recent bad weather. Here I was worried we might not get a site.

Supper was in camp. Jim put together foil pack dinners of steaks, potatoes and veggies. He brought along charcoal and the packets were cooked right on the coals. The food was great and washed down with Spotted Cow (beer). Mmmm good.

After dinner we walked around the campground to check out all the sites and the entry point which is located at the campground. We came across these purple boxes. I believe they were insect traps for the Emerald Ash Borer. I couldn’t tell if any were trapped or not.

We brought extra gear such as tents and sleeping bags to use in the campground just so we wouldn’t have to repack in the morning, especially if it rained. We had foresight. The rain started at 8:00 pm. We sat under the extra tarp for awhile and then bed at 10:30 p.m. 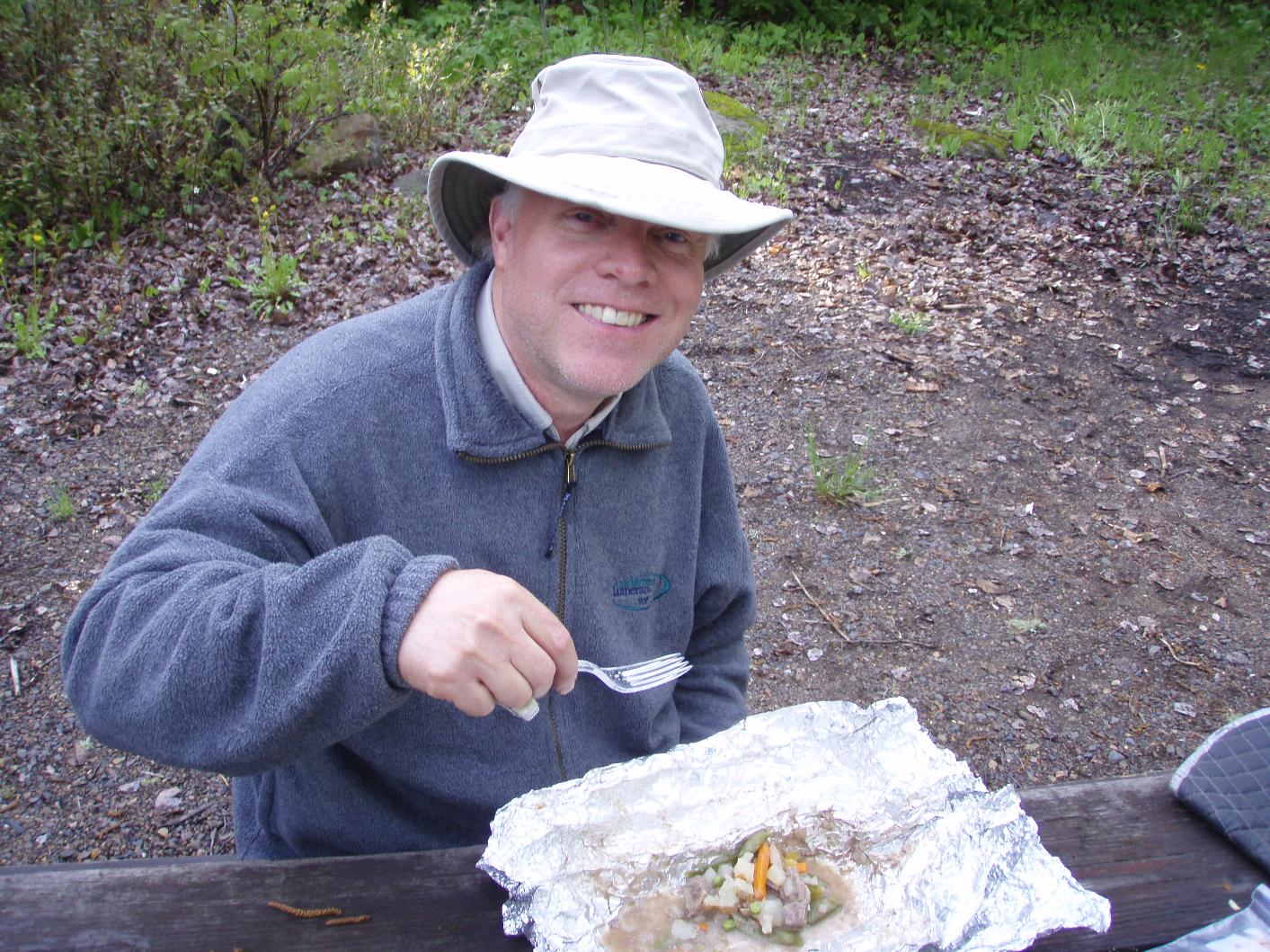 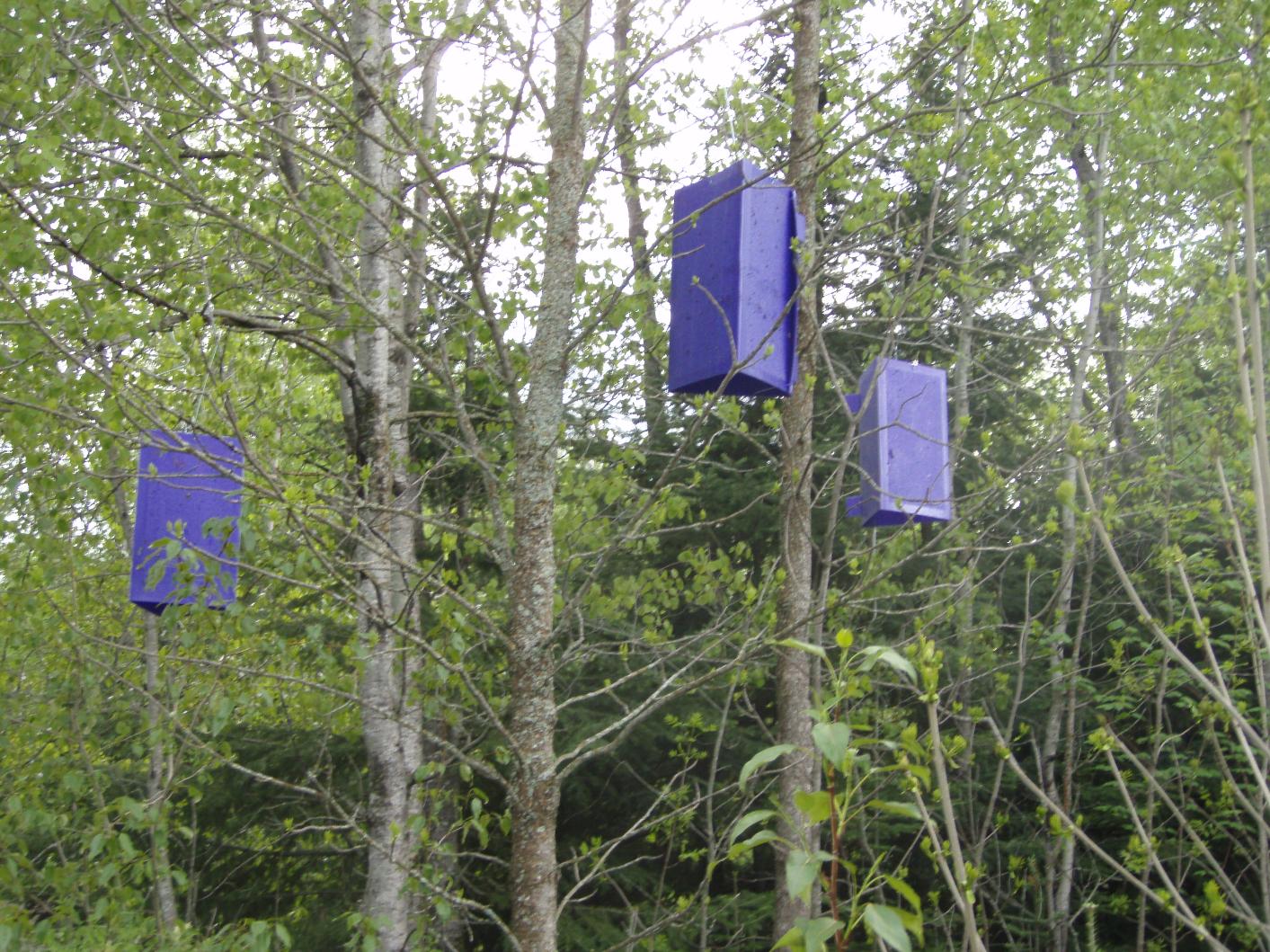