I ate a hearty breakfast at Britons in Ely (excellent) at about 5:20am. I gathered my equipment and was off from the VNO to take the tow across Burntside at 6:20am. The tow drivers are very colorful and good guys. The weather was in the low 50's with a breeze and we crossed Burntside without incident. There were less waves than I anticipated which was a good sign. As Joe the driver pulled away in his boat the gravity of the situation hit me. I was alone (relatively) in the expanses of the BWCWA. Interesting. I strapped my rods and PFD to my equipment pack (# 4 Kondos) and headed down the trail. The Crab Lake portage is really not that bad. There are a few elevation changed and rocks to climb up and over on the 1st part then it becomes smoother and rather scenic over the next ¾ mile. The 420rod portage took about 30 minutes to walk each way. It skirts some swampy areas but I did not get wet feet yet. The entire double portage took me about 1 hour and 45 minutes with rest breaks. I realized half way in that I may have overdone it a bit with the equipment and food items as far as weight. The price of a few luxuries…

I loaded and was off up Crab Lake in a matter of minutes and crossed with an east wind at my back. What luck? The portage into Little Crab was very smooth and easy and I met 4 canoes coming the other way. They were coming from Cummings and when I said I was on my way to Buck they gave me an interesting look. Hmmm. I entered the creek which connects Little Crab with Lunetta. This was a very pretty paddle with lots of beaver huts on the shore. I really like small lakes and intimate streams and rivers to paddle. I will psyched and making remarkably good time. The Prism was very fast even loaded. Lunetta is a pretty little lake with supposed good pike fishing. I paddled through.

I entered Schlamn creek which Schalmn lake was my destination for the day. The wind was still a breeze at my back and I moved along as the clouds gave way to patches of sun. I arrived at and traversed the first short portage which bypasses some of the creek. I was back into the creek and paddled for a bit until the creek choked down again. After combing the left shore for 20 minutes I finally found the portage which was hidden in the high grass. I started the 1st of several muddy and mucky portages for the next few days. The initial few rods were dry but I soon encountered sections of mud and fallen logs in the mud making for a tricky hike through.

I finally reached a section of old logging road which someone else wrote about in a previous report. The road was nice for the few rods until I came to a 2 foot deep by 15 feet wide gushing stream. I thought about wading it in my bear feet and actually tried (stupid) for about a foot. The stream bed was too rocky and the black flies hatching were enjoying my exposed legs. I resigned myself to having wet boots and jumped in. The carry to the actual put-in on the next part of the creek was not too far and I could paddle the remainder of the way out into Schlamn.

Schlamn lake is beautiful with abundant wildlife. I paddled up to the only campsite on the lake and a deer was standing at the site to greet me. This was 1 of seven I saw around the lake that afternoon and evening. The site is up off the water on a hillside but is generally level. If affords a nice view of the low lying fields across the lake. This is where I saw most of the deer. The campsite is a nice site with 1 good and another fair tent site. I would rate it a 3.5 out of 5 stars.

I made camp and went about my chores, tent, tarp, drying boots, etc. I had a nice rib eye over the fire and had an early retreat to bed. The bugs were not much of an issue and the sun was out that evening. I woke up @ 1:00am to the worst thunder, lightning, and thunder I have encountered in a while. The sound of the coming waves of the storm actually sounded like locomotives coming. If you have ever been close to a locomotive, which I have, you will understand the feeling I had while in my tent. Add wind and rain and you have quite an interesting mix of nature being thrown at you! Some will question my judgment but I held fast in my tent as it passed. It actually scared the S#@T out of me! I did make sure there were no widow-makers around the tent site before I setup that day. 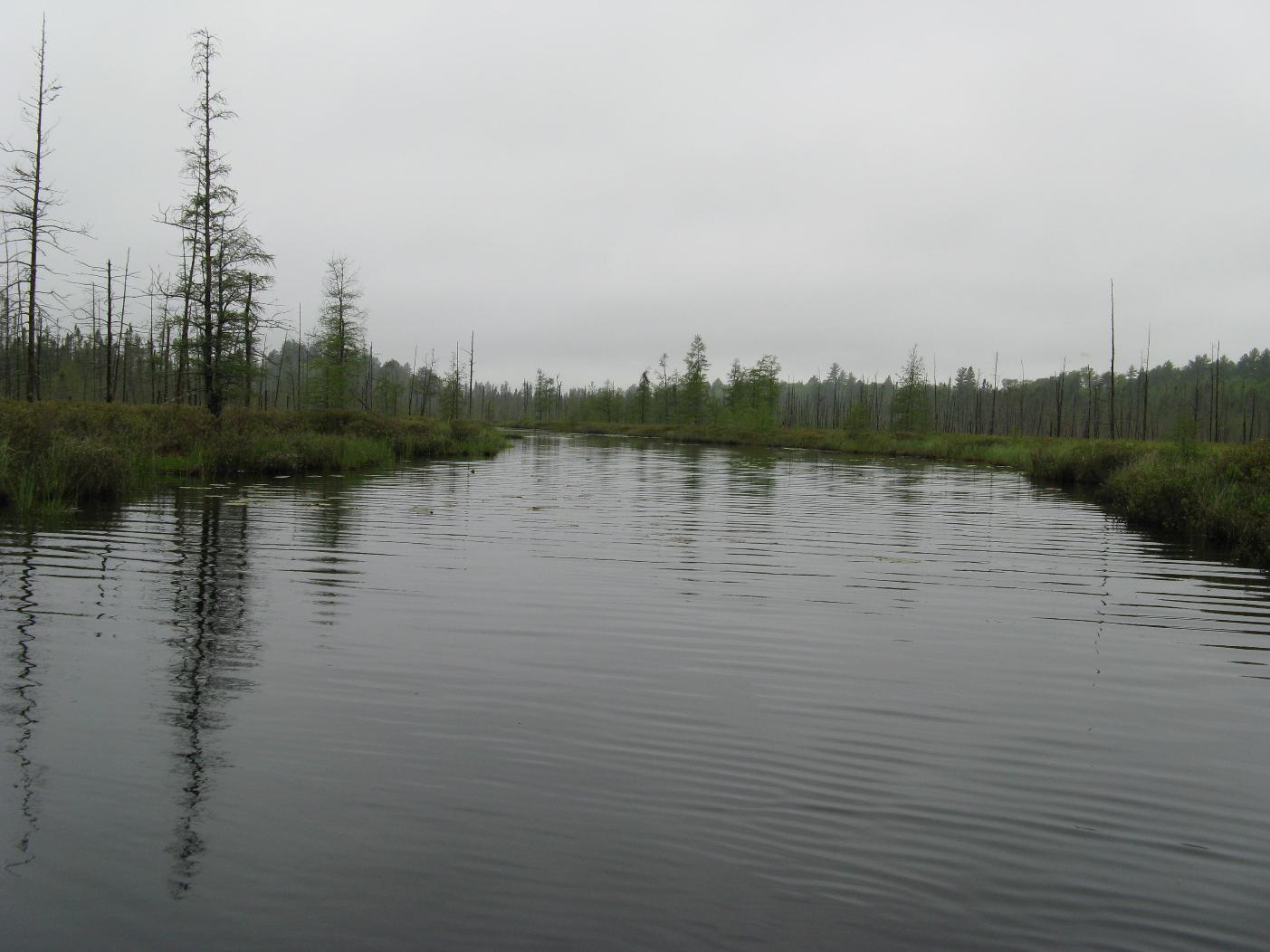 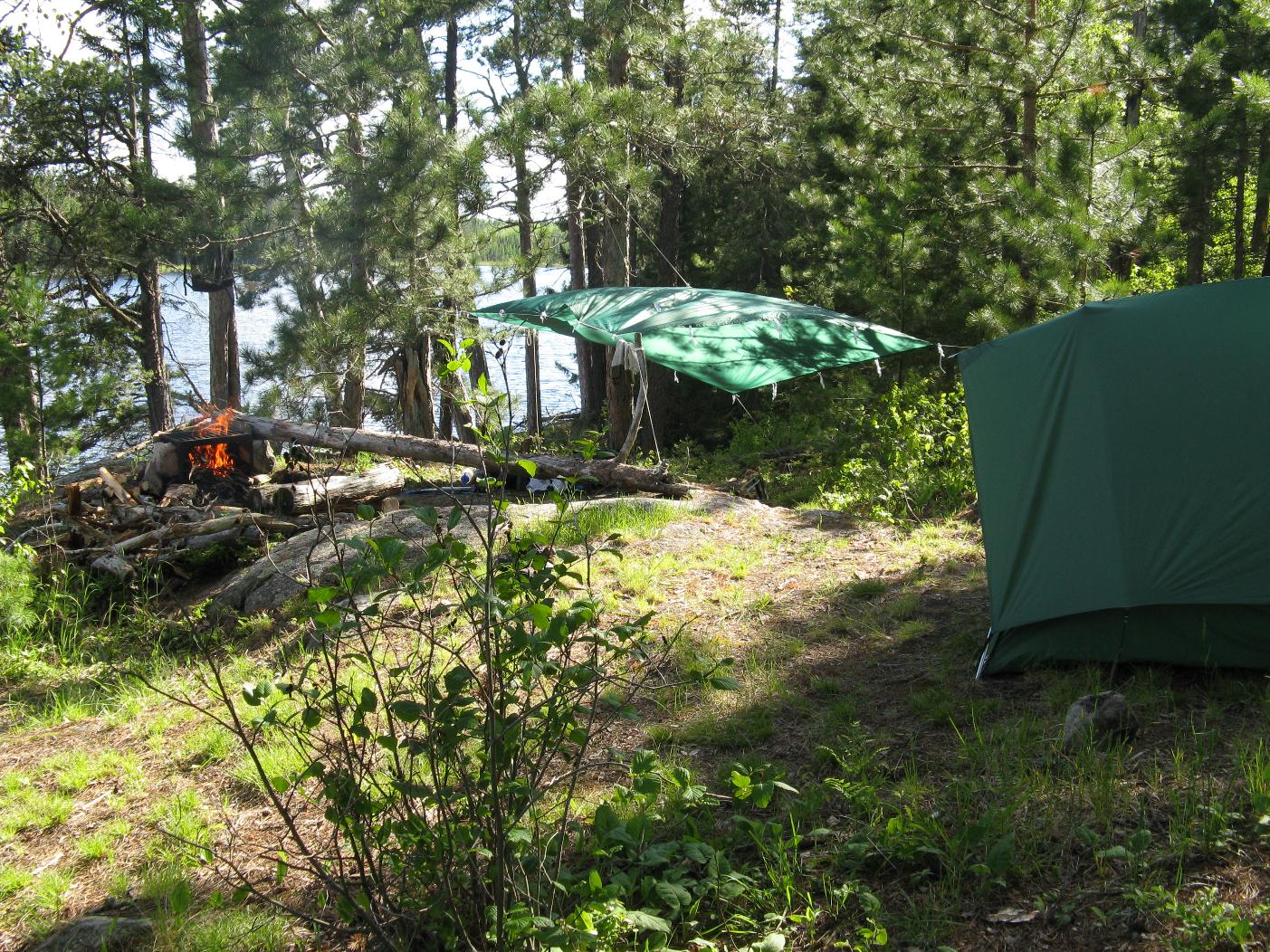 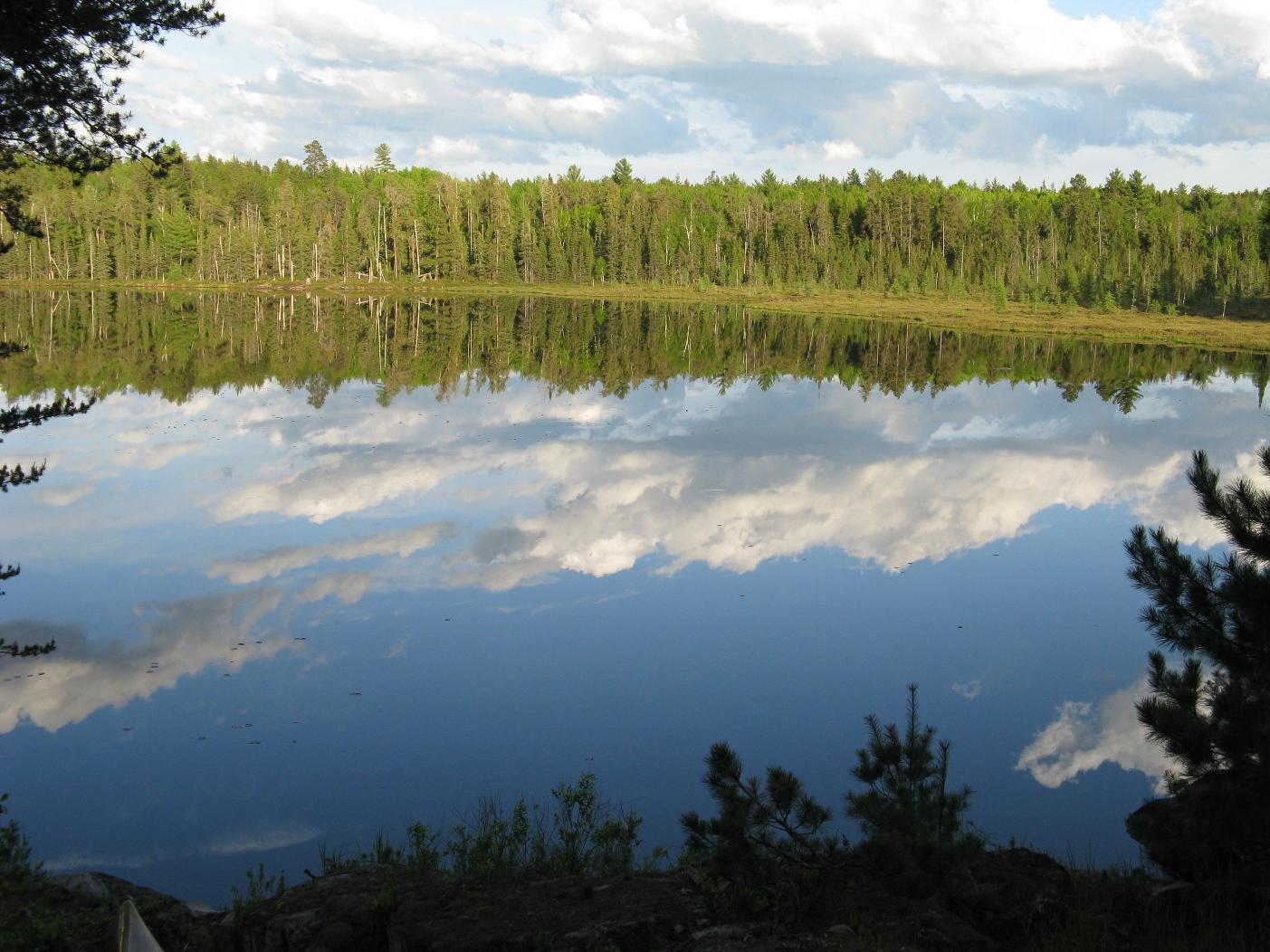 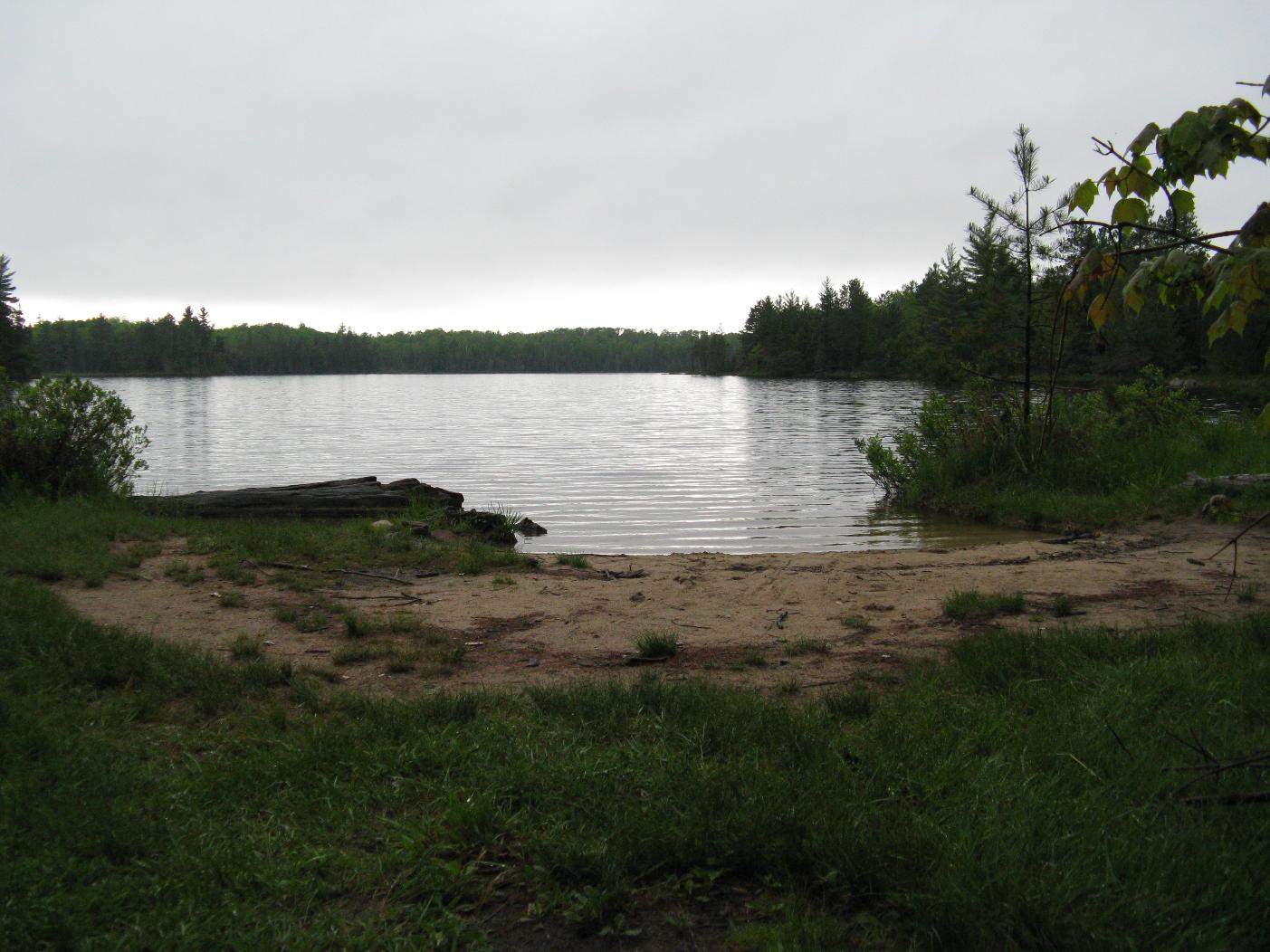