Trip Type: Paddling Canoe
Entry Date: 05/08/2008
Entry Point: Mudro Lake (EP 23)
Exit Point: Moose/Portage River (north) (EP 16)
Number of Days: 6
Group Size: 6
Trip Introduction:
This was a large loop made over fishing opener in 2008. I learned alot and had a great time. I hope everyone enjoys our adventure!
Part 1 of 6
Day one, we picked up our permits in Ely at 11am and headed toward Mudrow Lake entry point. After what seemed like an eternity, we arrive at Mudrow and unload our equipment. Two guys stayed there while the other four of us went to drop off the truck at Moose River entry point for the way back. An hour later, we were all back and started on our way to across Mudrow. As soon as I hit the water, it seemed like ages since I had paddled a canoe, and before I knew it, we were on the portage to Sandpit. The portage was memorable since the last time I had been on it was my solo trip last year. For anyone who hasn’t taken this portage, it’s up and down with rocks all over, making for some fancy legwork. After Sandpit, we headed to Tin Can Mike Lake. There was still snow on the portages, at this point, the new guys were starting to wonder what they had gotten themselves into. The plan was to make each portage in one shot, and we seemed to be making it happen. Paddled across Horse Lake and onto Horse River. The water was high and the current strong, but we safely made our way to Basswood River in about 4 hours. At the Upper Basswood falls, we took a MRE break. I was really surprised how filling those things were. Back to paddling with only a brief stop to at the crooked pictographs. By 7 pm we were in Wed bay, tired, but almost to our camp. We hadn’t seen many people up to this point, but we were surprised to see our desired camp taken….plan B. We ended up taking a different one and arrived as the sun was going down and temps were falling. 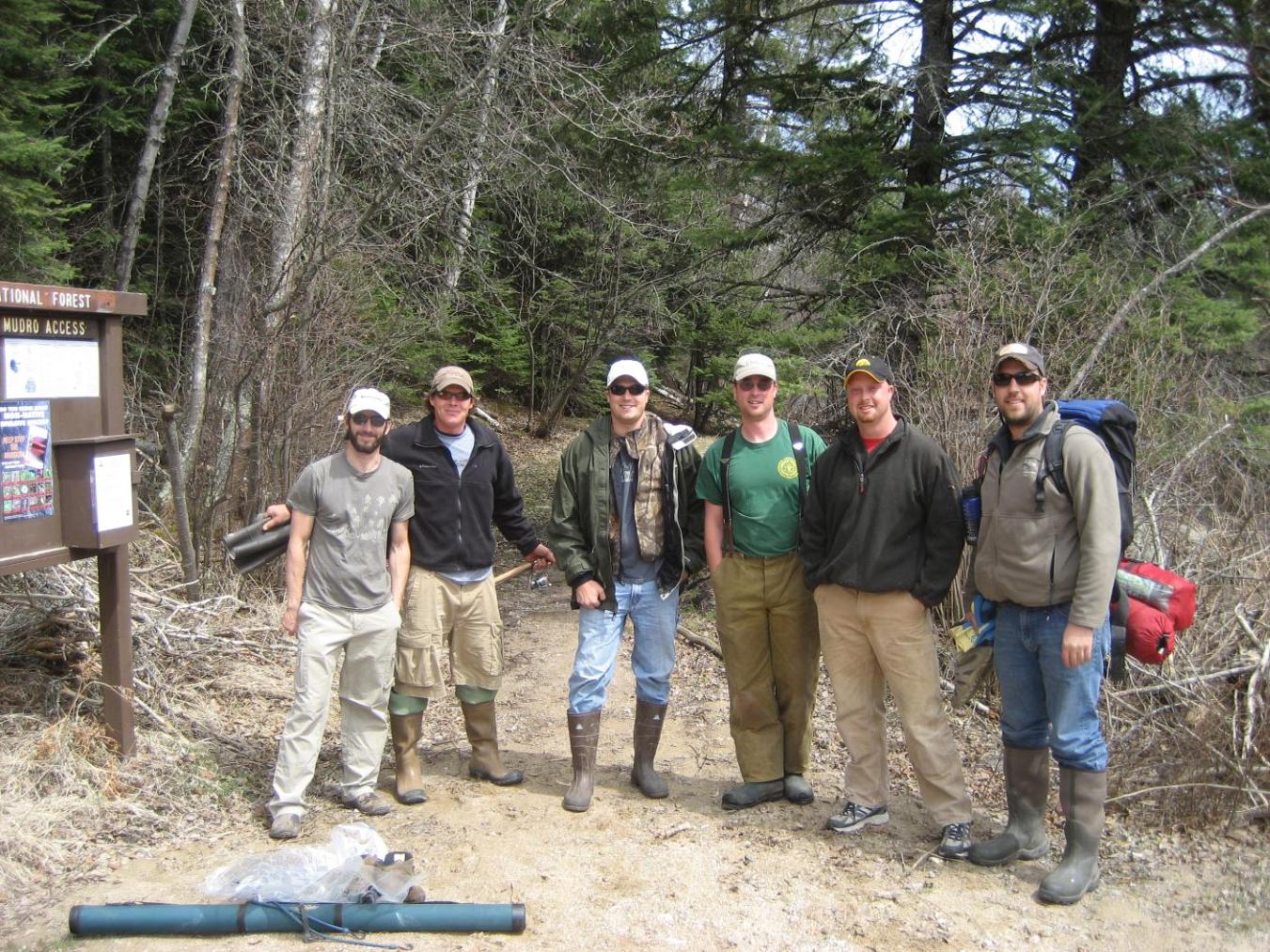 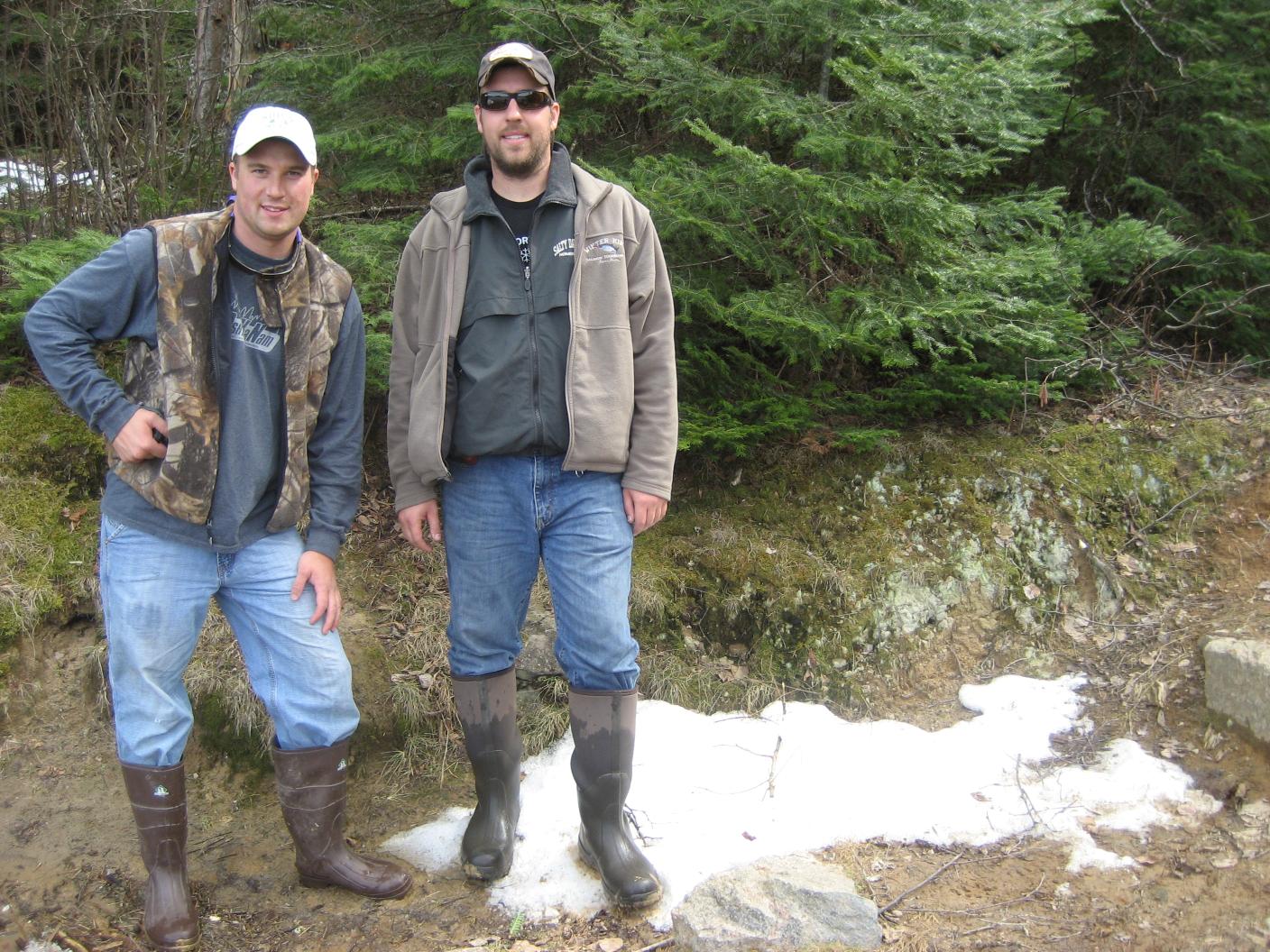 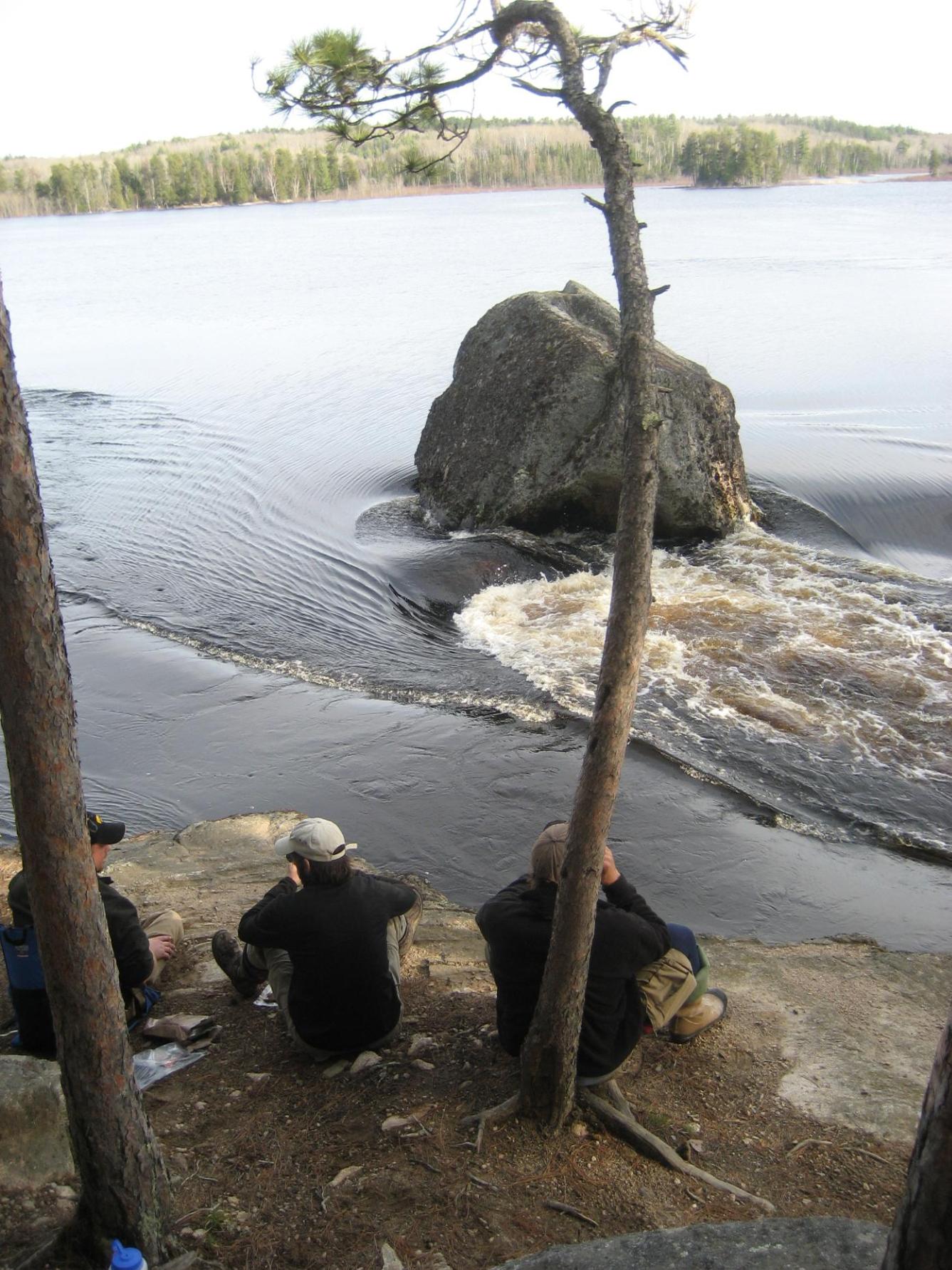 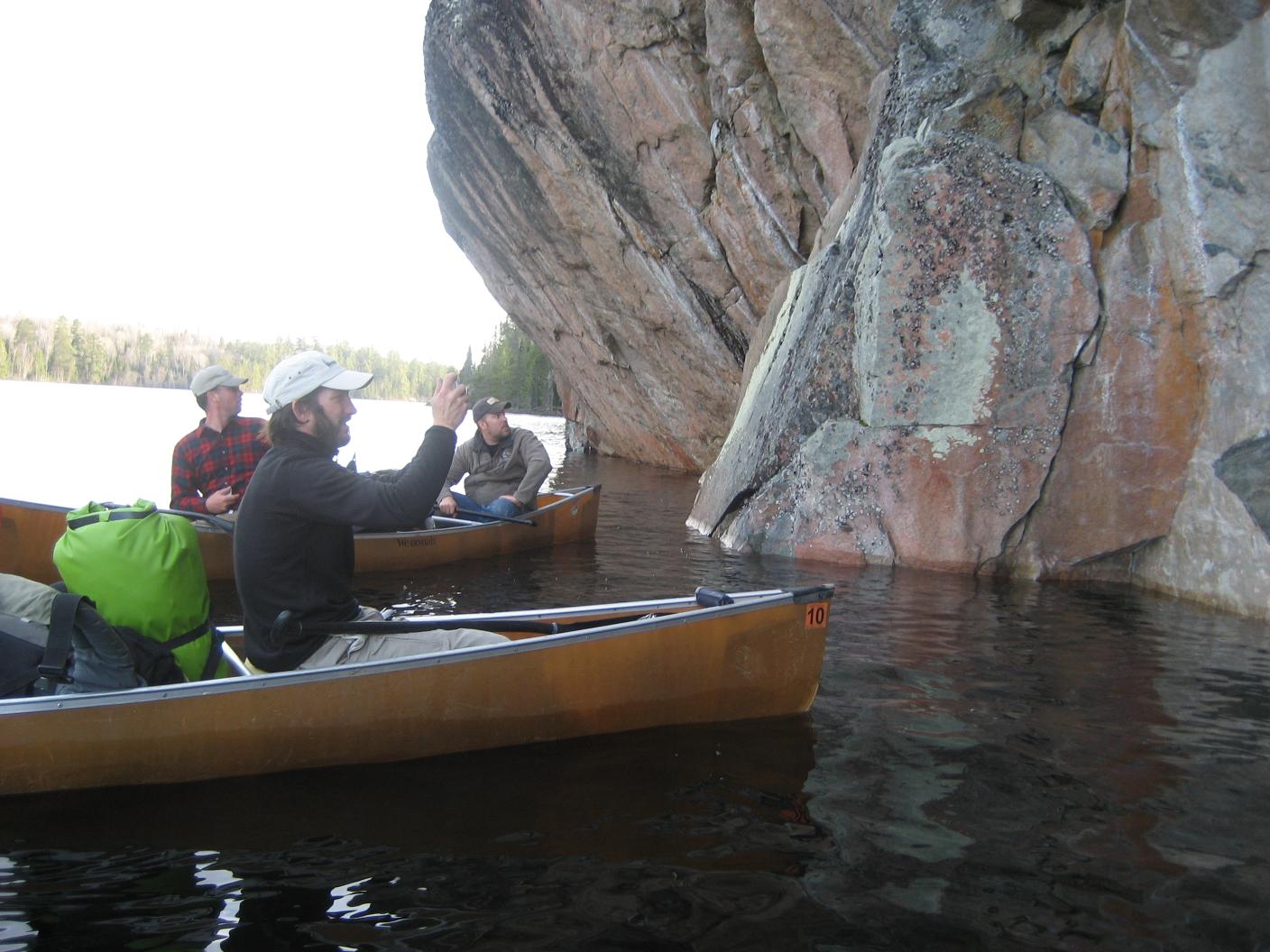 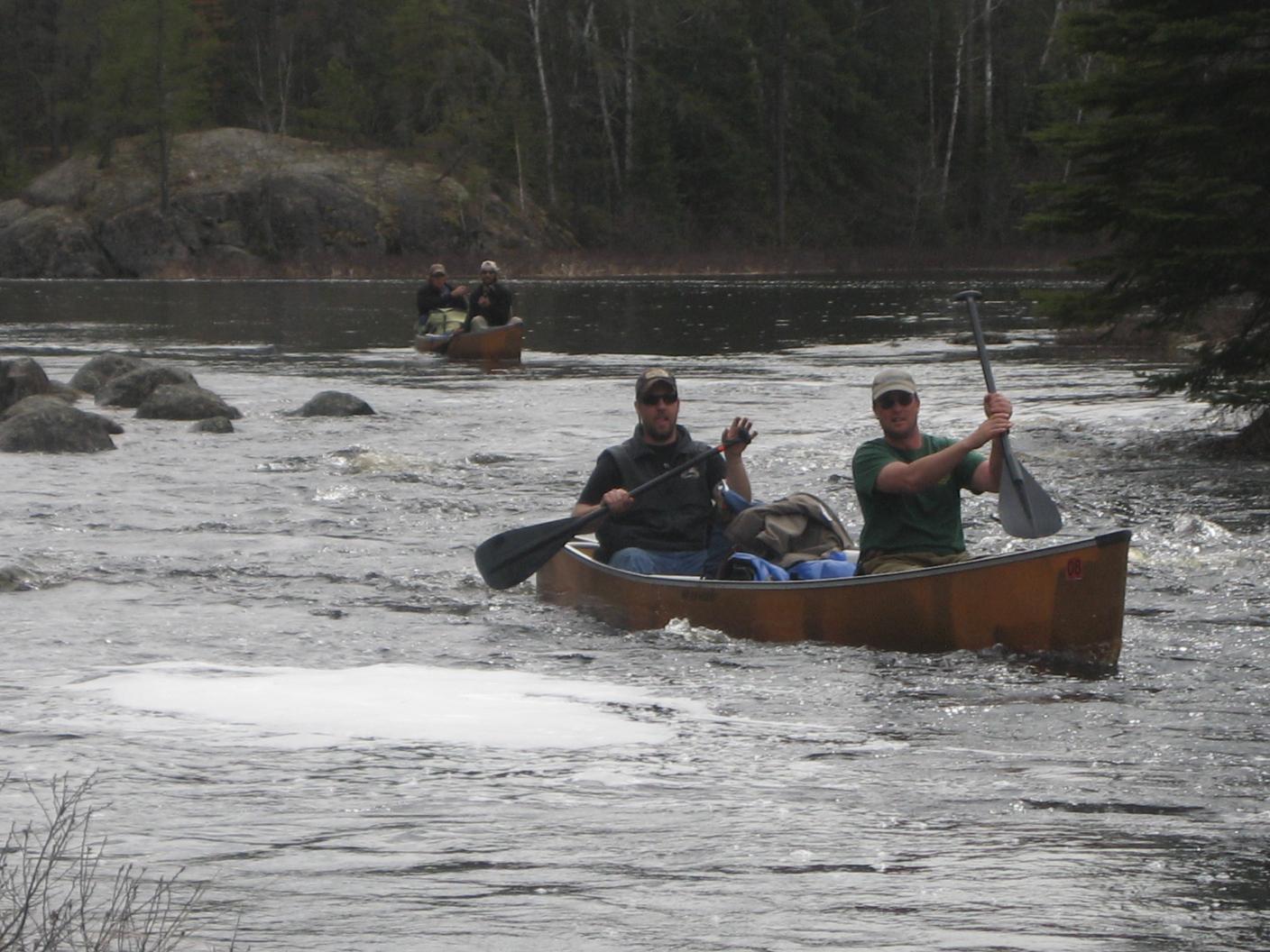 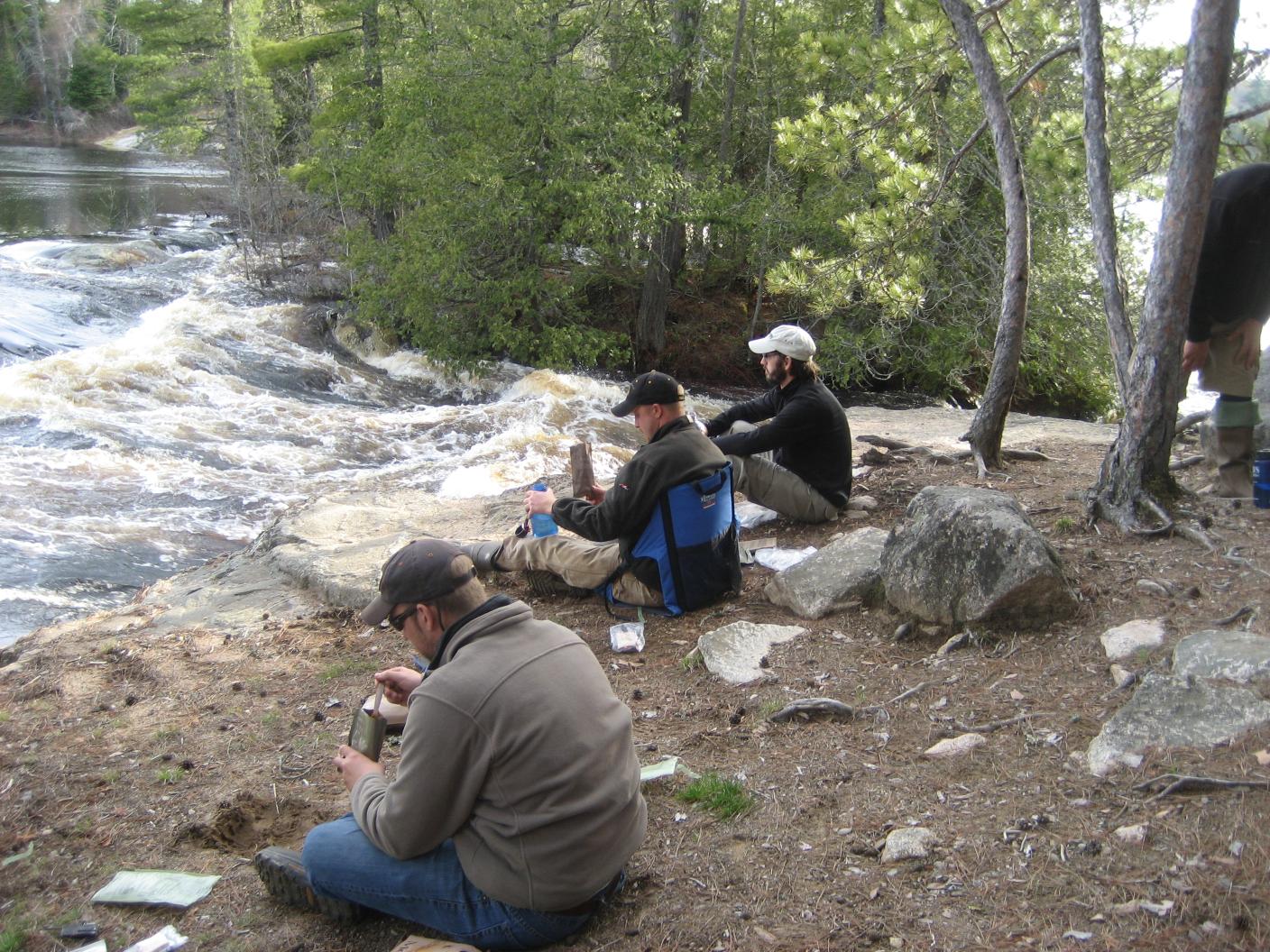