Trip Type: Paddling Canoe
Entry Date: 08/22/2008
Entry & Exit Point: Snowbank Lake (EP 27)
Number of Days: 10
Group Size: 2
Trip Introduction:
Second trip of the year with a new canoe and area new to my paddling partner.
Day 3 of 10
Sunday, August 24, 2008 Slept in and finally got up to clear skies and light breeze blowing from the south. A quick breakfast of oatmeal and trailmix and we were on our way to, no place in particular on Ima. We planned on checking reefs and shorlines for fish. Using the depth finder is always interesting watching the change in depth, especially the drop offs and long reefs that show up. We marked plenty of fish supposedly and tried to catch them to no avail. We trolled shallow to deep, spinner baits to deep diving crankbaits, leeches on slip bobbers, leeches on single hook, leeches on floating jigs, spinner baits, spoons, mepps, plastics and most anything but gummy worms. The lake was flat and sky clear and it was hot. We saw 3 groups of canoes headed out and 4 groups coming in as the day progressed. We checked several campsites during the day. The sites on the northern side are mostly surrounded by shrubs and bushes having been hit by the blow down, which seemed to have hit only the northside. The south sites are in good shape and there is still a site just south of the east portage on the mainland, this was not shown on the McKenzie map, but has a good view of the sunset, with shade and wind protection. Late in the day with the wind coming up we headed back to camp. We noticed smoke to the north of Ima and discussed if there was a small forest fire developing. 30 minutes after getting back to camp a FS plane flew north headed to the smoke.  A little later there were two more planes, these looked to be water bombers. Then there was a helicopter. Later in the afternoon then flew back in the direction of Ely. While this was going on we were constantly visited by the grouse that called the island home. We had a supper of Kung Pao chicken and rice with an apple dessert. We sat up watching the sunset and first stars coming out and then went to bed in the dark. Later we were both up at different times marveling in the brightness of the stars.

We had discussed needing to name the Mad River Borealis. We both had picked several names but finally settled on "Gisselle". She is long, sleek elegance and class. 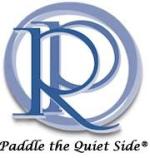