Trip Type: Paddling Canoe
Entry Date: 08/26/2008
Entry & Exit Point: Mudro Lake (EP 23)
Number of Days: 5
Group Size: 2
Trip Introduction:
My normal "August Group" couldn't make it this year. I was either going to not do a trip or maybe do a solo. Then Jim, with whom I had already done a trip in June and would be doing another in October, suggested that the two of us do another in August. Both of us used our solo canoes (as usual) and separate tents. Everything else, however, was shared.
Part 1 of 4
Friday, August 29, 2008

The morning was windy and threatening rain. Jim made pancakes for breakfast and they were the BEST pancakes I ever had ... Ever!

I tried a little fishing from shore. I didn’t catch anything though I did have something on for a few seconds. That’s pretty good for me. That may have kept me fishing longer but my reel broke. Oh well, that gives me a chance to start my journal. I haven’t written a thing up to this point.

We slept in today. We had a big day yesterday.

I had been in a funk. Not really a depression, but certainly not myself. I was happy about the trip but not excited as I usually am. A lot of things were going on at home. Nothing big separately, but collectively it was weighing me down.

The drive up was fine and so was our night-before stay at Fenske Lake Campground. Jim made a great supper.

We entered the BWCA on Tuesday the 26th at the Mudro Lake entry point and made for Horse Lake. It was different seeing the bare hillside where the steps to Chainsaw Sisters used to be. I went up to the top to see the open space where it sat. Nothing’s there.

The Mudro to Sandpit portage was a heart-thumper. The portages to Tin Can Mike and Horse were longer but not difficult at all. The Sandpit to TCM was like a walk in a State Park and shortly after you hit the boardwalk you are treated to a great view of the lake. It was also on this portage that I shared the trail with a pine marten for a rod or two. At first it was just standing there staring at me trying to figure out what I was and then scampered ahead of me on the trail before dashing to the side.

It took us about 4 hours to reach Horse Lake double portaging. Only one campsite was occupied when we arrived. We took the site on the entrance to the Horse River (#1116).

The site was spacious with a sand beach and easy landing. Good tent sites. It is on a point with lots of tall, red pines. We couldn’t have asked for more.

It rained a bit during the night.

On Wednesday the 27th my funk was still with me. The wind was a good excuse to hang around camp. We didn’t even canoe that day. The only thing of note I did was read a lot of “To Kill a Mockingbird”.

When I went to bed I noticed a frog on the ceiling of my tent. He was between the netting of the tent and the rain fly. I wished him a goodnight and started to feel my funk lift. After about 10 minutes, while I was reading “To Kill a Mockingbird” by flashlight, I heard the frog slide down the tent to the ground.

After a few minutes there was a tap on my mesh tent door. There was my friend, Mr. Frog. He was standing in my vestibule apparently catching bugs attracted by my light. The occasional tap on my door kept me company while I read and until I fell asleep.

On Thursday afternoon (the 28th), although still not quite myself, I felt better. We took a day trip to Lower basswood falls and the nearby pictographs. Again, I wasn’t excited about it but knew I should.

The map shows three short portages to Basswood Lake. We made at least three more than that plus 2 where we walked or lined the canoes. I think it took us 4+ hours to make Basswood.

I loved paddling the Horse River and the Falls were great. There were lots of people there, which normally I wouldn’t have considered a good thing, but today it lifted my spirits. I think it was because it was a beautiful day and this sight, which is not easy to get to, attracting so many people.

A lot of them were young folks enjoying the day, but also behaving themselves. There was no party attitude or rowdiness. We watched one young man land a 36” northern above the Falls while amongst his group’s three canoes that were crowded together. There were big, genuine smiles among that group of 20-somethings.

As Jim and I had lunch sitting between the Falls on the American side, I watched a family that we shared much of the Horse River with us enjoy the area. This group consisted of Grandpa and Grandma, their adult son and daughter, and the daughter’s two kids. The adult son told us he hadn’t been there in 15 years, it was the kids’ first trip, and Grandpa used to lead many youth groups for his church. Nice folks.

As I approached the pictographs a strange thing happened. Right in front of me was a splash and then a wake of water coming towards me, then it started to spin quickly. I braced myself expecting to be caught in a whirlwind, but it died out just before it reached me. I think it might have been the start of a water spout that didn’t quite become one. It was sort of eerie.

Once I saw the pictographs, I was in awe. I didn’t expect that to happen. I kept thinking that I should have brought some tobacco for an offering. I hoped that my good vibes would suffice.

Paddling away I realized my funk was gone.

Jim and I were both very worn out on the paddle back to Horse Lake. We reached about the limits of our exertion traveling to the pictographs and back in one day. I’m getting old, but in defense, we did travel 9 hours, some of it in cold water and on slippery rocks. We also sat out a storm (with some hail) about 3/4s of the way back. We pulled up to our campsite just as the sun was setting.

We were more than tired. We were wet and camp was dirty from the storm. It was also getting dark.

We took our time and did what needed doing. We had supper, a fire, dessert, and drinks. Then it was off to bed, the latest yet – 10:30.

I was tired and only read a couple of pages of “To Kill a Mockingbird” before falling asleep. 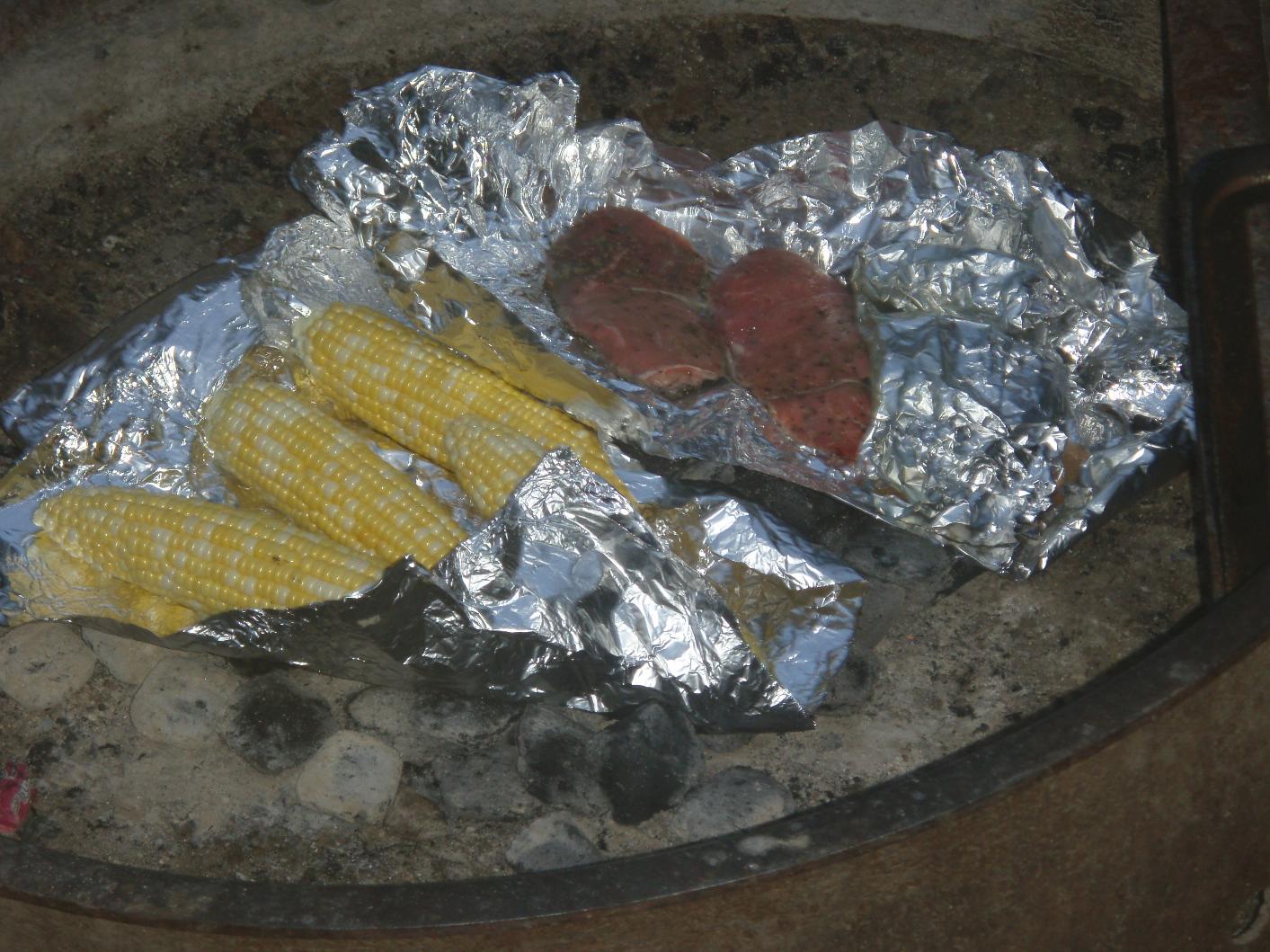 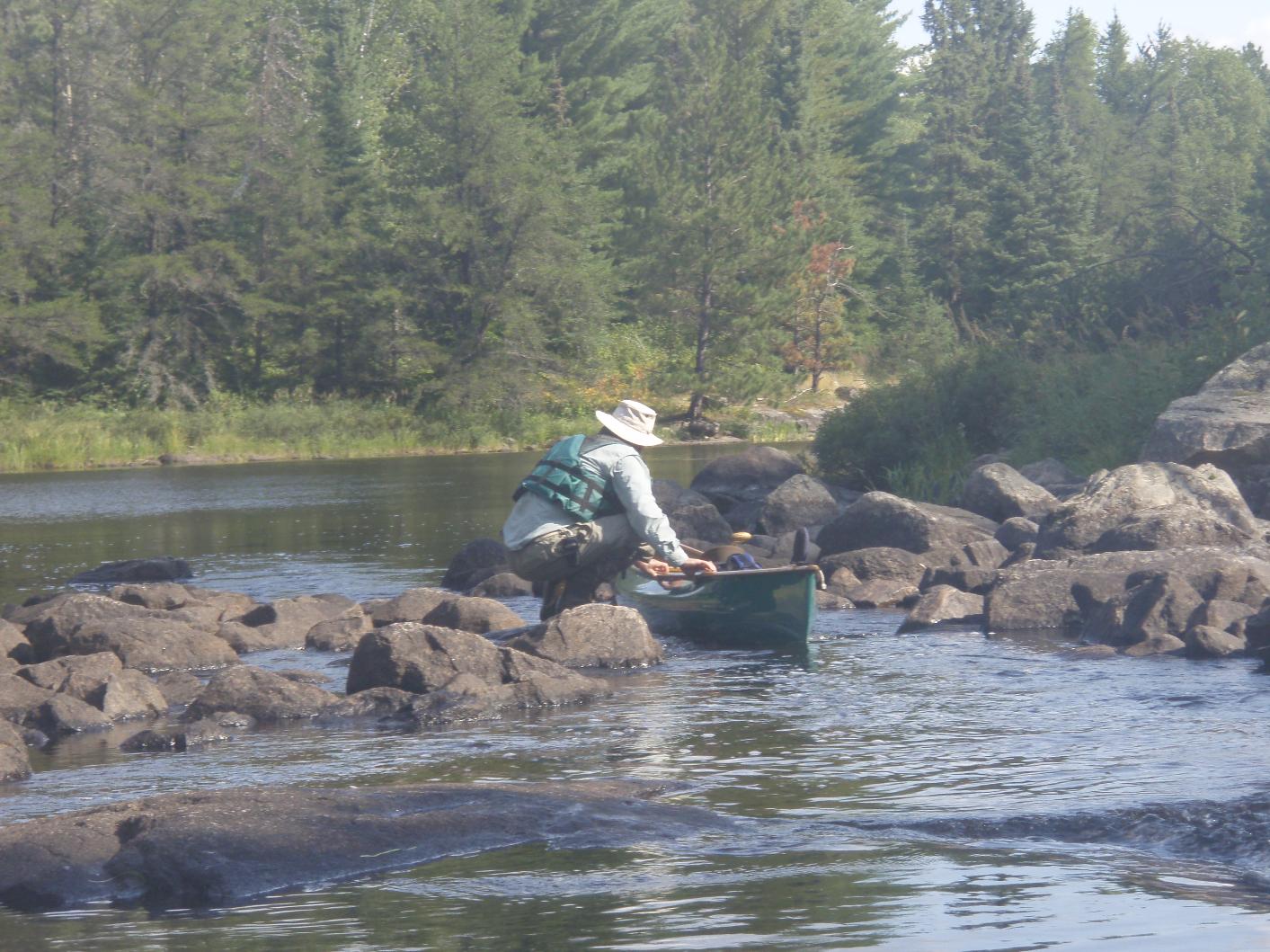 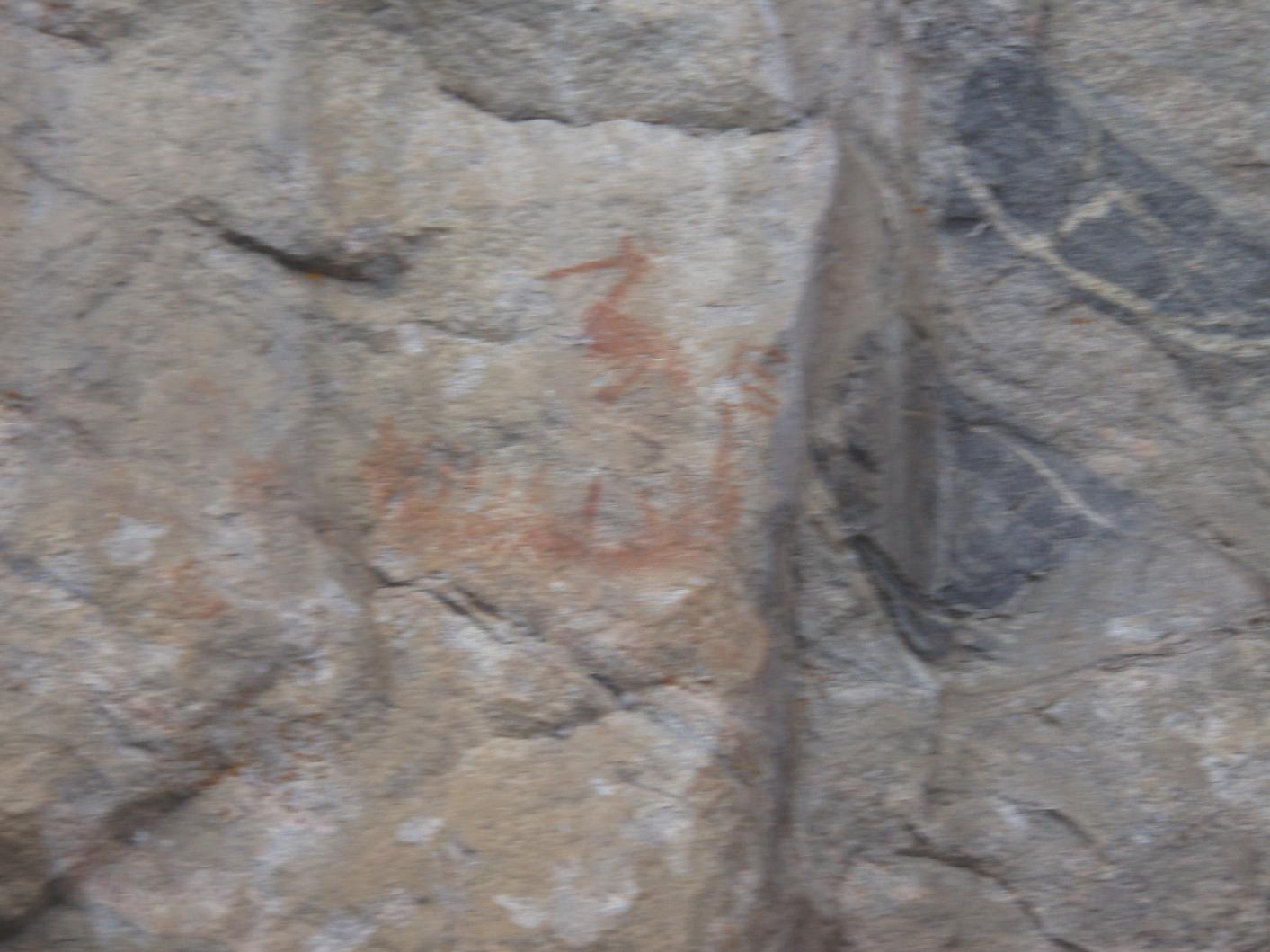