PREAMBLE: It’s a 16-hour drive to a BWCA put-in from our home in Indiana, so its not something we do casually, sad to say. We typically rotate vacations through a year of backpacking, then a year of whitewater paddling, and take a wilderness canoe trip every third year. So for a BWCA, Isle Royale, or Sylvania foray, we spend six months planning, buying new gear, tweaking what we take and what we do not. This year was no different…

When perusing topo maps my eye is typically drawn to the more obscure entry points, those with minimal descriptions and little detail on conditions, portages, and campsites. Homer Lake, slightly obscure, fit the bill with the long, narrow lakes connecting to popular Brule, nearby is the allure of the Temperance lakes, even more because of the nearness of Cherokee Lake as a possible goal. BONUS: The opportunity to traverse an area recovering from both the ’96 fire and the ’99 blow-down closed the deal. 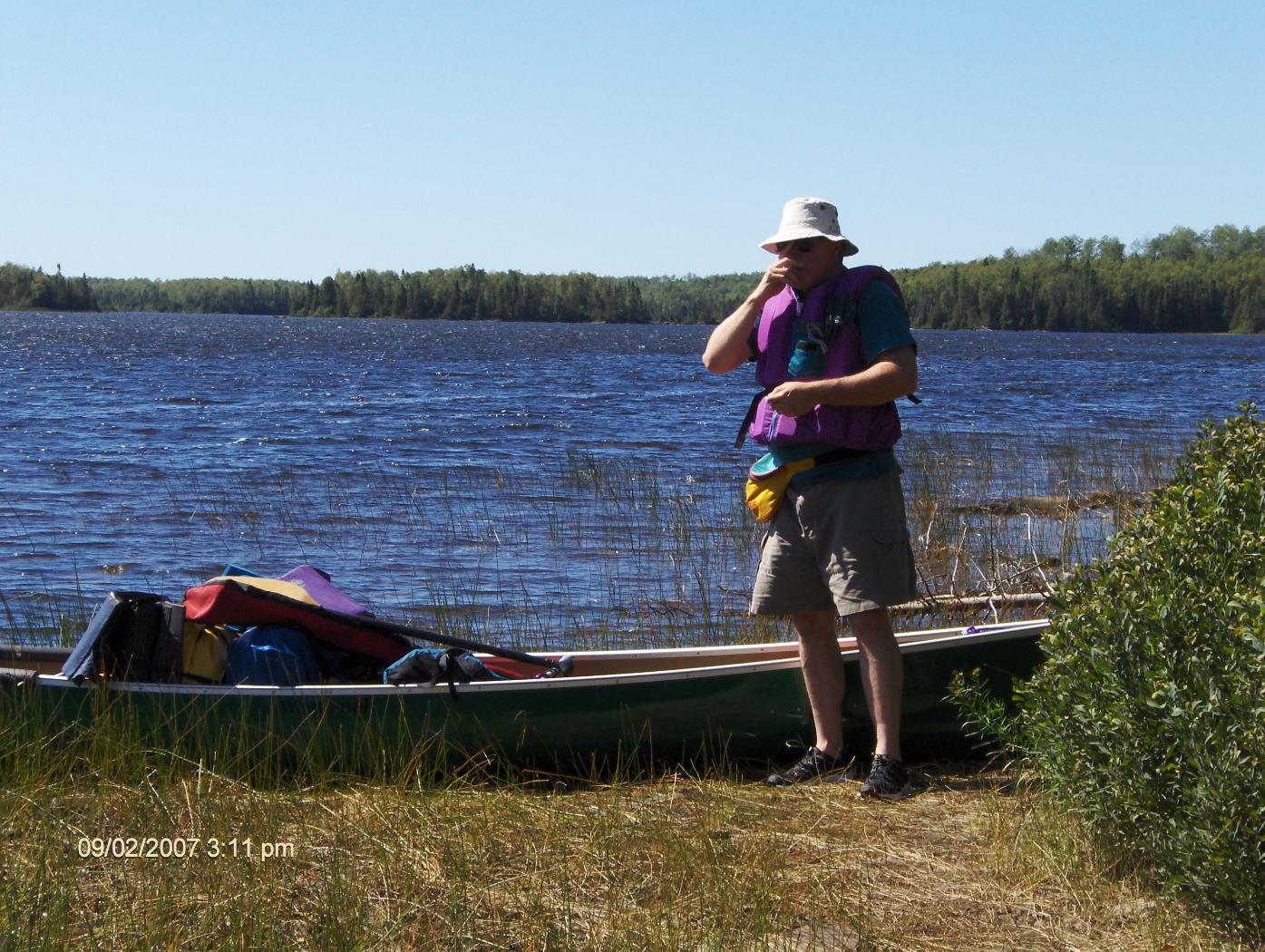 THE TRIP: We arrived at the entry point (#40) Sunday (9/2) about 3pm, the wind was stiff out of the west and a procession of waves continually licked the shore. Loaded and on the lake, we found the wind gusts did make forward progress a challenge (We paddle a lot, but are not in top physical shape). We landed at the only campsite on the west end to take a breather before moving on to Vern Lake for the evening. But, the wife liked the campsite (#963) quite well and suggested we stay there instead of taking a chance of not finding a free site (of two) on Vern. Having enjoyed just three hours of sleep in the past 36 hours, I agreed and we set up camp sans fire due to the ban. The site has excellent access, a nice sitting area, a great easterly view, and a good tent pad, with room for a second tent elsewhere on the site.
Monday (Labor Day) kicked off with a great, sunny morning; we loaded up and headed west for the short portage into little Whack Lake, but ran into a full-fledged bog with no sign of a portage. After 60 minutes of sloshing around and searching, we turned SE to take the alternate route into Vern. We met an outgoing group that informed us the low water levels had made the boggy Whack Lake portage into an undesirable route. The short portages on this small channel into Vern Lake were well marked and easy to walk. We were able to save a few carries by walking up the rocky streambed.
As the narrow channel turned to the NW, the beauty of Vern Lake was clearly apparent. Eagles wheeled overhead, the new forest growth rebounding from the fire was maturing nicely, and the only signs of the fire were the many “toothpick” tree trunks towering over the landscape. Some were blackened and charred, some were snapped off halfway up, others were just stripped of leaves with limbs reaching for the sky as if mourning their death.
We shortly arrived at the north end of Vern Lake and headed up the 60-rod portage into Juno Lake. This is a surprisingly rough portage with difficult footing, somewhat steep inclines, and a twisting path. There were many signs of wildlife on the trail and the views of inland ponds and close-ups of the fire recovery made this an enjoyable, yet challenging hike.
Juno Lake was very similar to Vern, though with more bays, inlets, and narrow channels. Two-thirds of the way up the lake we stopped at the third campsite (#959) we’d passed so far for lunch. A large, very nice site sitting on its own bay, we enjoyed a sunny hour resting for the next leg of our trip. We were soon back on the water and easily found the almost level 65-rod portage into Brule Lake.
We set off from the portage and made the turn around Mock Jock Point with the intent of grabbing a campsite (of the 3-total) on the far west end of the lake. We made good time with little wind in our faces, but the sound of thunder (rumble!) in the distance hurried our strokes. The first site (#956) was on an island on a small channel in the center of the west end, -occupied! We paddled around a nearby island to check the next closest (#957) site, -occupied! (rumble-rumble!) We tried to spy out the last site located on the south shore of the lake with binoculars, but could not see it. We paddled across and began a search for the site (#955), finding it shortly, -unoccupied! The wife looks it over and says, “Its OK, but I’m not sure…” (RUMBLE-RUMBLE!) “Well, I guess it would be OK…” We had already discussed that the next closest sites were in South Temperance Lake; and had heard they were popular with fisherman (even in September); and we might not find anything; and it might rain really hard on us, something we did not fear but thought to avoid if possible. 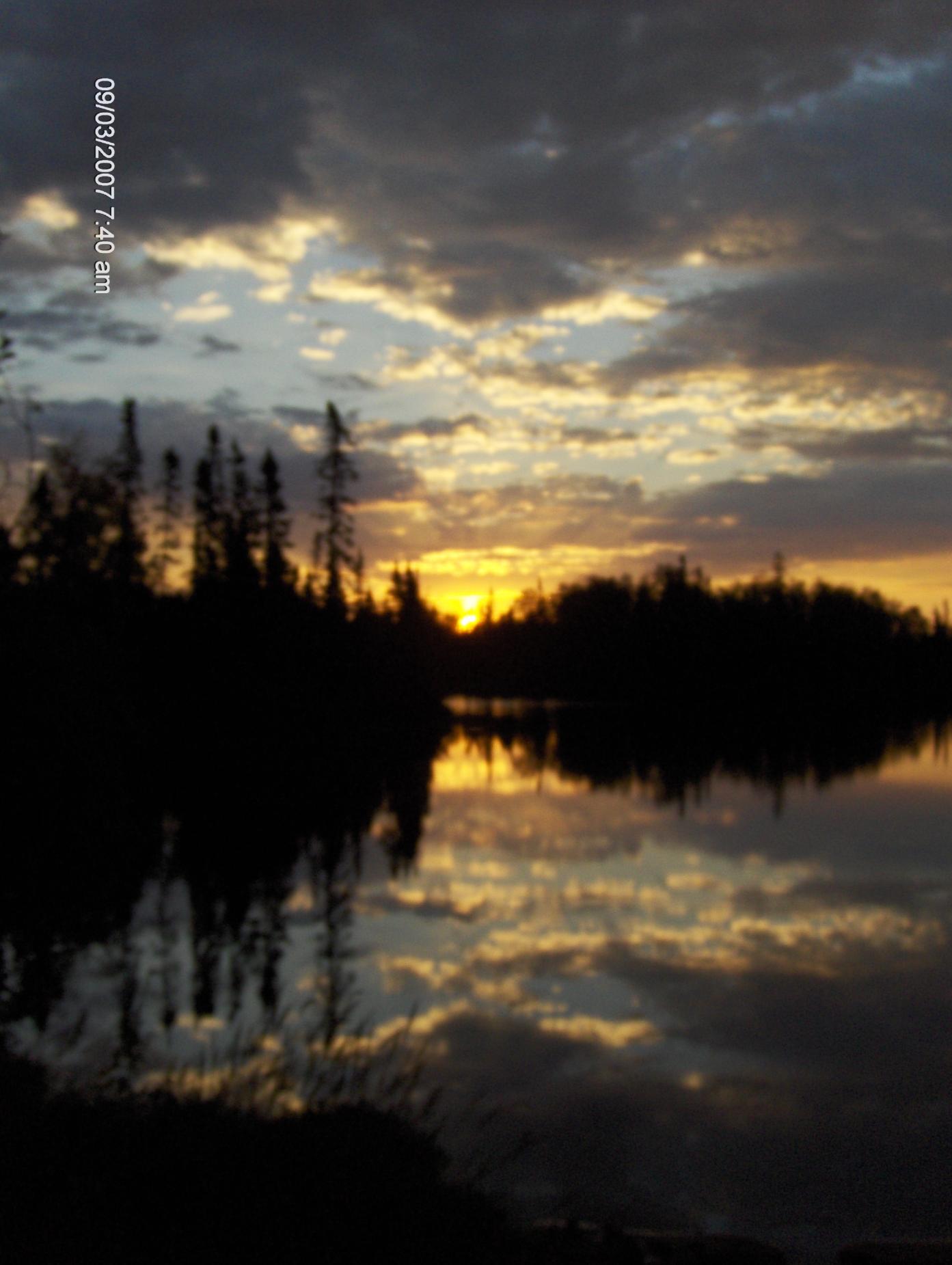 We set camp up and within an hour had raindrops pattering on the CCS rain-fly. The wife grumbled about fire bans during cold rainstorms, but we heated some drinks on the old propane stove and waited out the rain. Several other boats were coming down the lake from the east, clearly looking for campsites and we commented on how three sites seemed very few for one end of such a big lake, especially sited prior to significant portages towards Cherokee, among other lakes, as popular destinations.


The rain came and went, never getting severe, but being consistent enough to keep us under cover for the evening and, though it finally relented before morning, very gray skies met our morning breakfast along with a strong easterly breeze. We decided to wait out the weather, since we did not have to be anywhere at any special time. During this relaxing, though gray, cold, and windy day, we eventually decided to lay-over and set out for the Temperance lakes in the morning regardless of anything other then a thunder- or snow-storm.


I agreed with a smile and told her there was a nice motel practically across the street from Rutabaga’s with a big hot tub, plus an Erehwon outdoor shop in the shopping center next door. She rolled over as did I and all I could think of was how blessed I was to have a wife who shared my loves and my passions, -all of them. 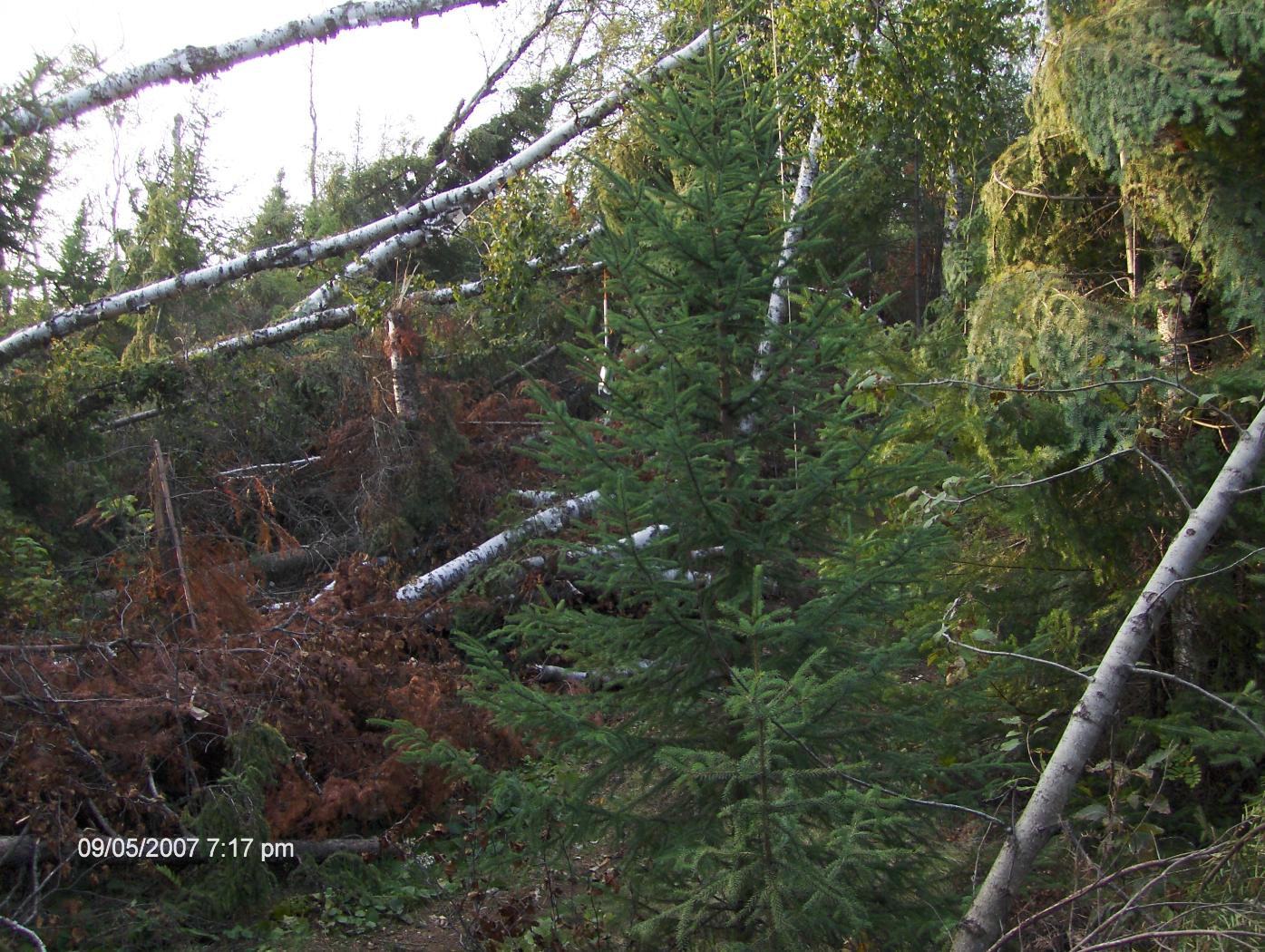 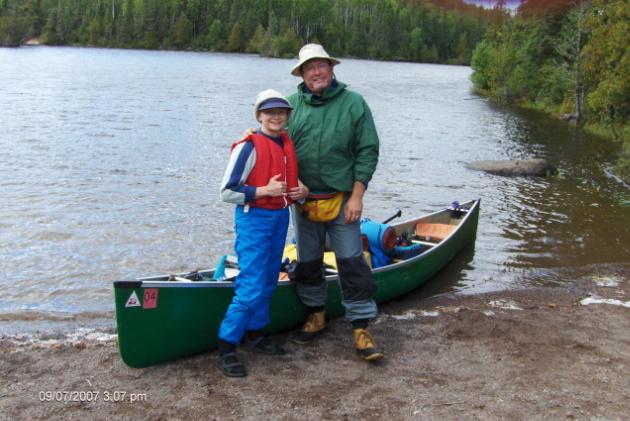