Trip Type: Paddling Canoe
Entry Date: 06/27/2008
Entry & Exit Point: Quetico
Number of Days: 9
Group Size: 2
Trip Introduction:
This is a loop that started and ended in Prairie Portage through Sarah, McIntyre, Brent, Conmee, Susanette, with just me and girlfriend. This was her first attempt at anything like this. We Covered 60 miles.
Day 1 of 9
Friday, June 27, 2008  Arrival to Ely

We pulled in to Ely early Friday evening, first stop, the Ely Steakhouse, and find the veteran canoe enthusiast known as ‘Fishguts’ and his son. They should be having there first civilized dinner following an extended trip through the very waters we were about to head into, and tap into his reservoir of knowledge. I’ve read enough of his writings to know to value of such. I walked into the dinning hall of Ely’s finest and there, at the back of the room, second tier, the founder of the “Quetico Aficionados” and his son Thomas sat, still waiting for their meal. But, what is the proper way to greet someone you best know by his handle on the internet? I walked nearer to their table and shouted FISHGUTS, of course! He was expecting me. He responded with an unexpectedly pleasant demeanor for a man of such mountain-mannish stature. He suggested a place to meet up later and “throw down some maps!”

We checked into LaTourell’s outfitters for an overnight bunk and an early morning tow to Prairie Portage. The list of stuff to bring has been revised many times over recent months. Every thing we needed for the next nine days was in three backpacks. 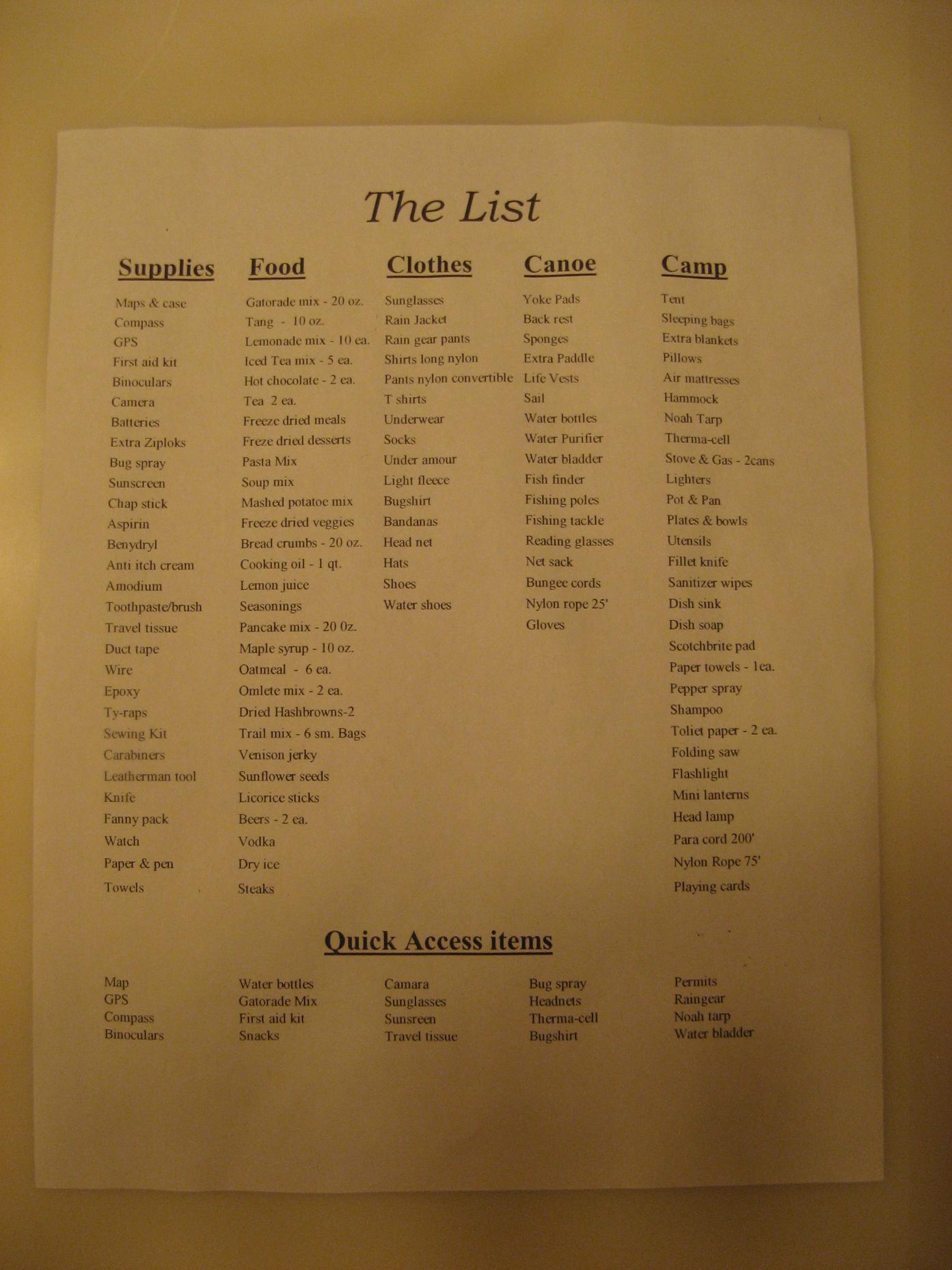 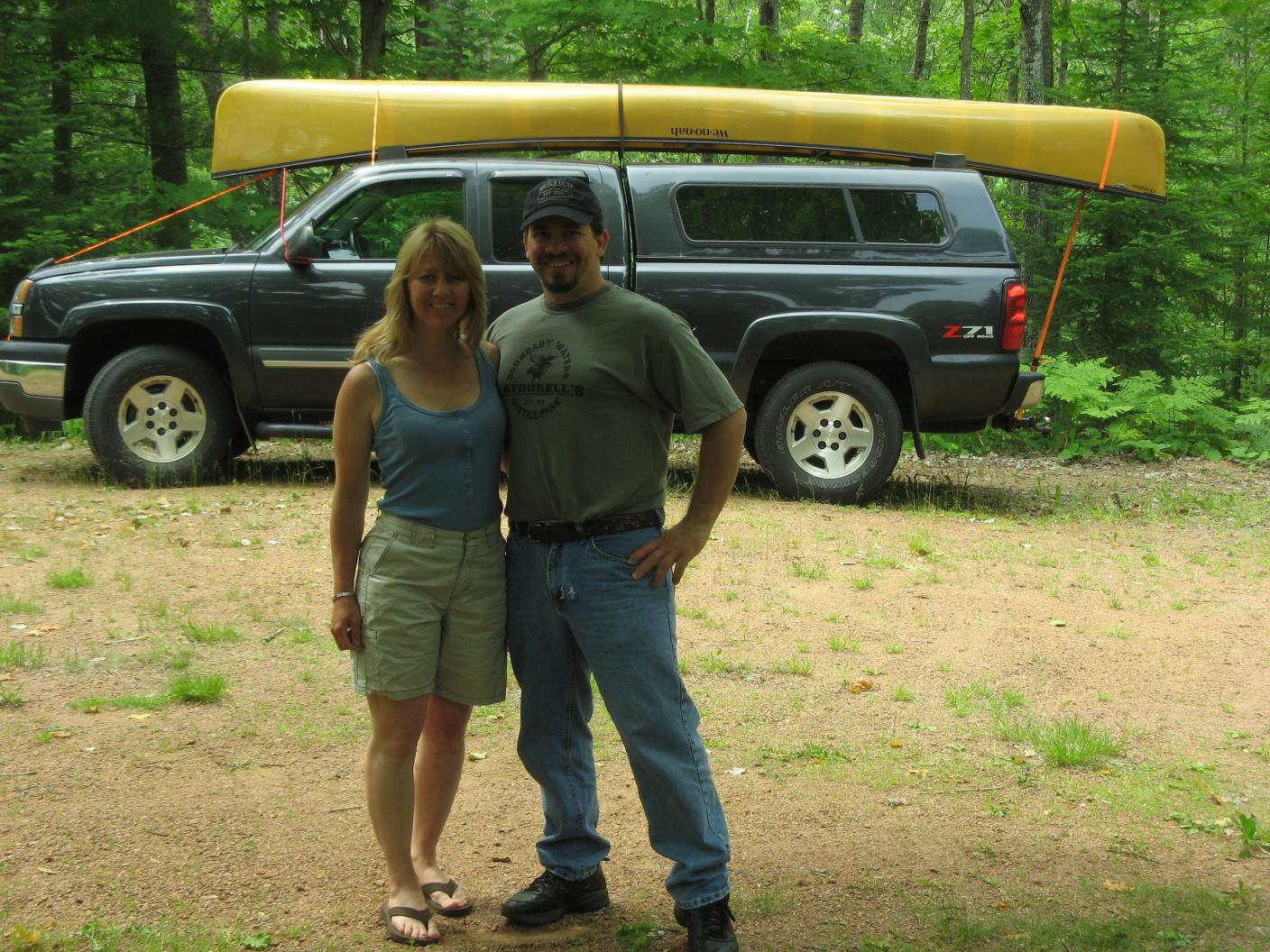 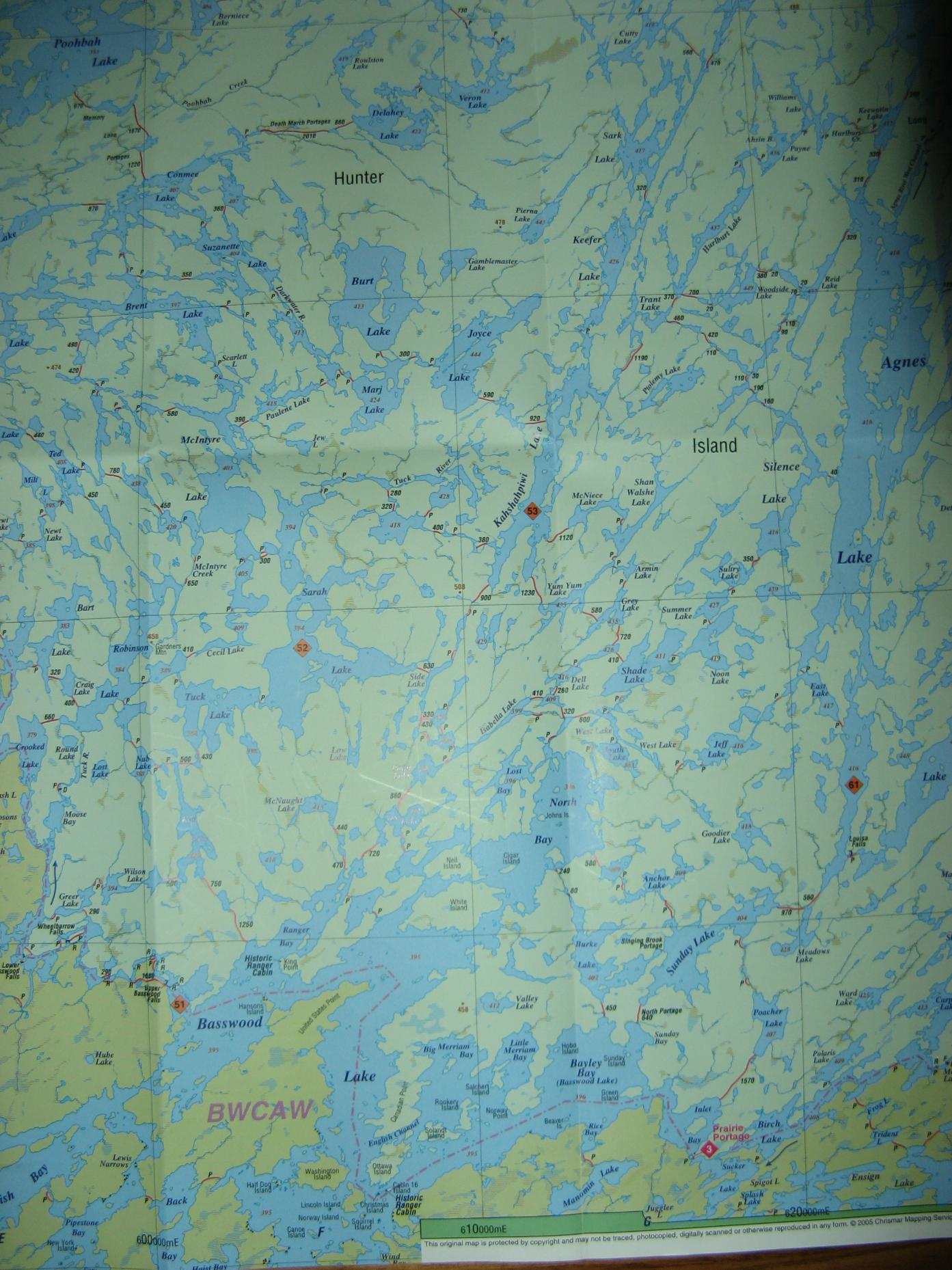 During the later visit, we got the scoop on water levels and bugs, fishing hotspots and interesting areas. While we heard their stories and went over their photos, close to a thousand, Thomas, who is a young man that would be difficult to pick out of a group of NFL linebackers complained, he complained his hands were sore, sore from bringing in so many fish. This is a problem I was hoping to have to deal with, I needed details! Lots of them! Fishguts went to work on my maps, he drew a dotted line with the letter ‘L’ for Lake Trout across two points on a Lake, marked the best place to catch each species of fish on the lakes I was headed to. He put a star next to worthy campsites, added campsites, and portages that weren’t already on the map. He wrote in short notes on interesting spots to visit. Thomas showed us the poppers he just slammed so many fish with.

Laura and I thanked them for an enjoyable visit, and wished them a safe return home then headed out.

We got to the truck, I needed poppers, we went strait the fishing supply stores to stock up on the surface lures. I had just been humbled. From here on out Fishguts will affectionately be referred to by this paddler as “Uncle Fishguts”.