We got up about 5:00 am and got ourselves and our gear ready for our trip. But before we put in we had a date with Timbergirl (Ruthanne) at Brittons’s at 6:00am.

Brittons is a great breakfast place! Nice atmosphere (a place where you can wear dirty boots) and great food at a great price. I love their sausage links. They are like small bratwurst! They have great pancakes, too. Oh! And apple jelly! Mmmmm.

Bogs likes the homemade wheat toast. He nearly cried when he was told they were out.

We had a great visit and then we took the one hour drive to the Little Indian Sioux River North entry point (LIS). We arrived about 8:00 am.

It took us another hour to double portage to the river, get organized, and launched. We were sharing the portage and the put-in with another group. I guess it is a popular entry even in October. We exchanged pleasantries and we launched at 9:00 am, just ahead of them. They either gave us some distance or we pulled ahead of them because we didn’t see them again.

I was out in front (pretty rare) and spotted two otter curiously checking me out. I stopped and tried to not spook them so that Steve and Jim could see them, but they disappeared just as soon as Jim pulled up. I hoped he had seen them, but he didn’t.

Soon we came to a big beaver dam. Ninety percent of them aren’t a big deal to cross, but this one was one of the other ten percent. It was challenging to find a good spot to cross but we finally made it.

We crossed Elm Portage and saw the waterfall, took the longer portage from Upper to Lower Pauness, and took our time on the Devil’s Cascade Portage. We admired the Cascade, and took some pictures. We also dropped our load halfway across the portage so that we could have lunch at the hikers’ campsite.

I saw a pine martin and a few grouse, but the surprise sighting were bugs! Don’t they know they’re not supposed to be out and about in October?! We had both mosquitoes and gnats. It was a pretty nice day – probably close to 50 degrees.

We paddled more of the LIS to Loon Lake, up through East Loon Bay, to Little Loon, and reached the northern campsite (#23) by 4:00 pm. It was a nice site. Plenty of room though most of the tent sites have a slight slant to them. Not a big deal, however.

Jim brought great beef stew for supper. We had a nice first evening. It was cool at night but not too bad. It didn’t freeze. But my feet did get cold. Even in my 20 degree bag. Socks to bed from now on. 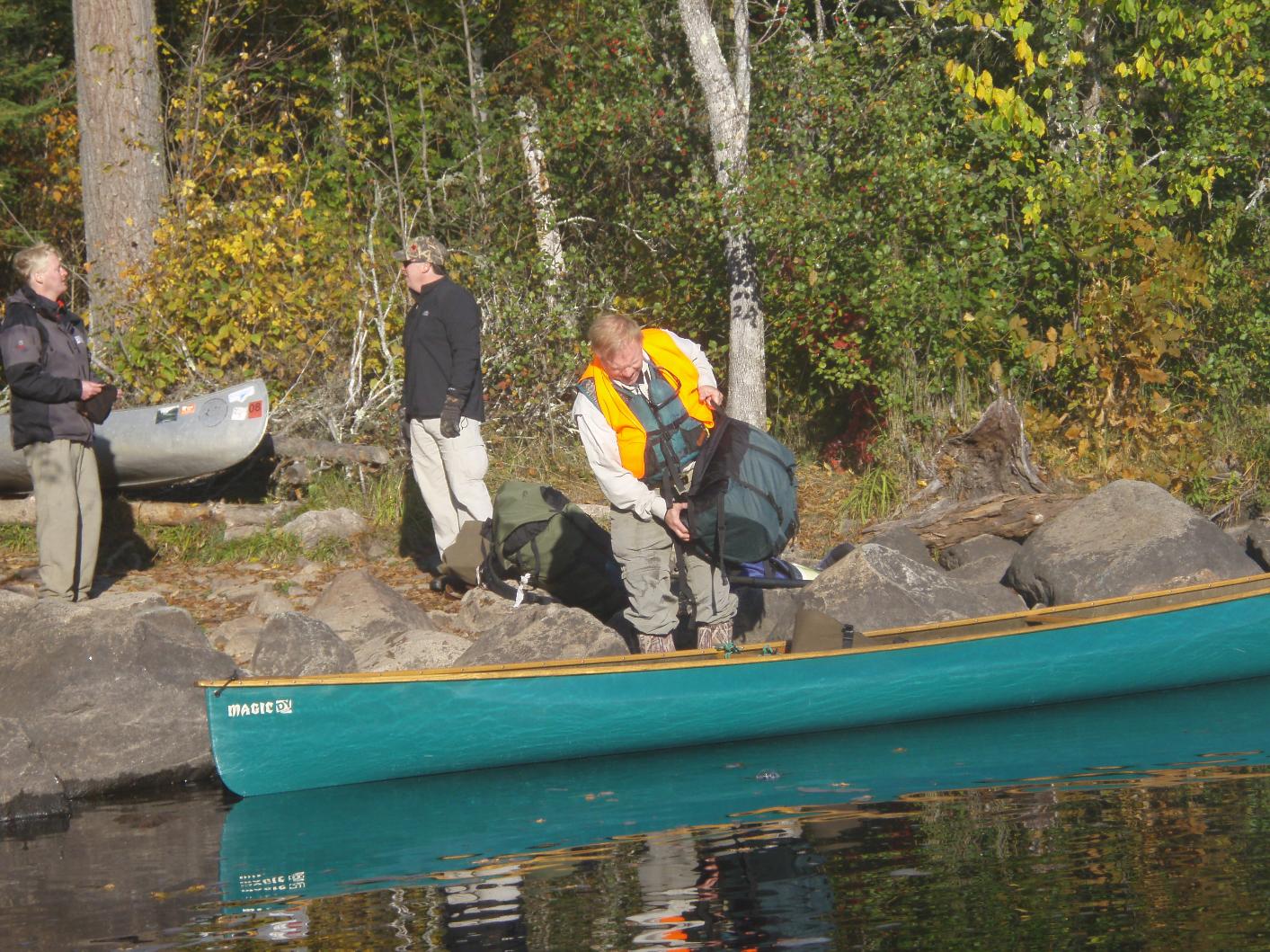 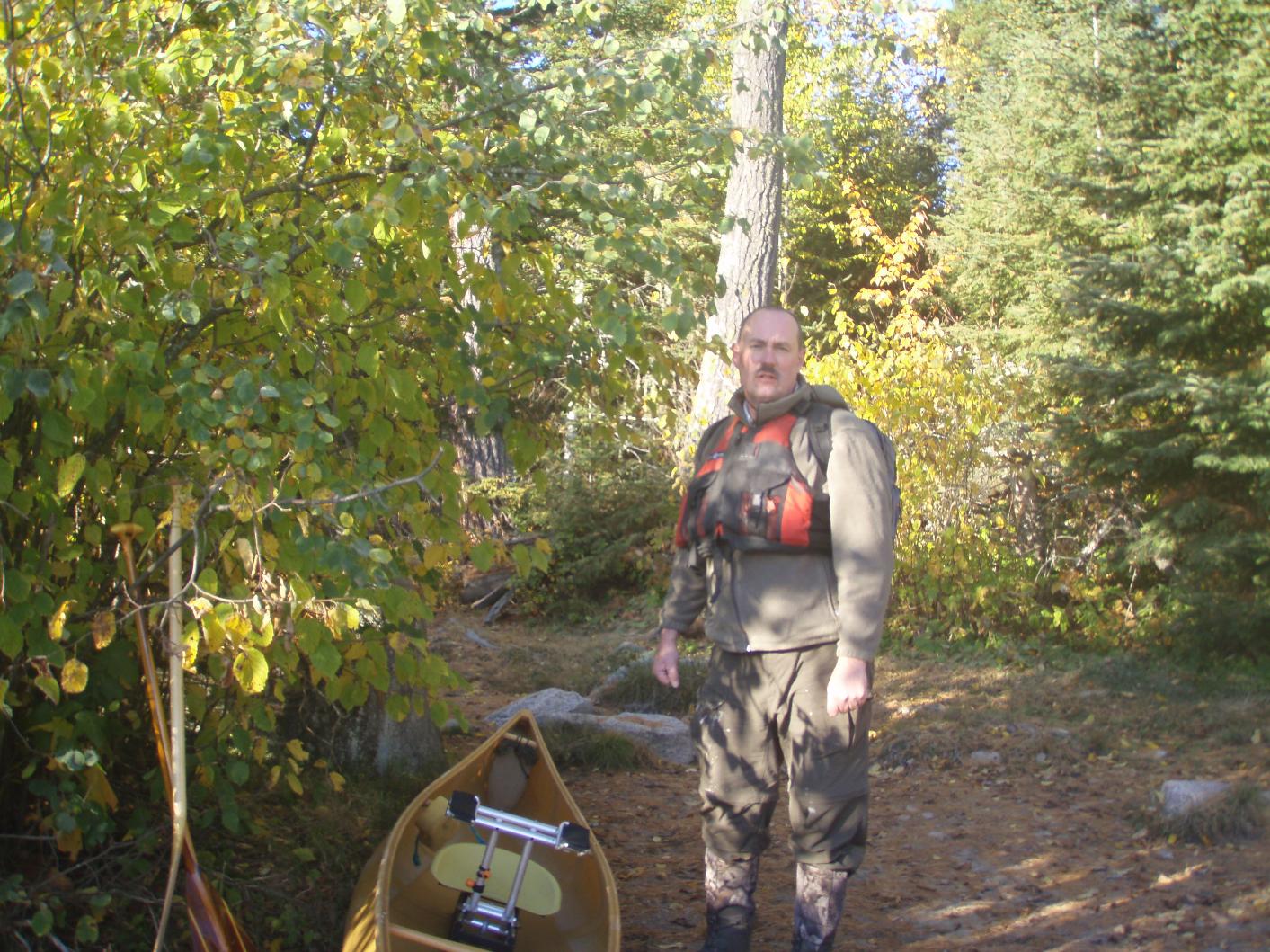