Trip Type: Paddling Canoe
Entry Date: 06/27/2006
Entry Point: Moose/Portage River (north) (EP 16)
Exit Point: Moose Lake (EP 25)
Number of Days: 10
Group Size: 5
Discuss Trip: View Discussion Thread (9 messages)
Day 2 of 10
Wednesday, June 28, 2006 Breakfast Vanilla Granola, Milk Hot chocolate We packed & got going. Yelled at group B we were trying for 3 island in Iron lake. We decided to go around Tiger Bay to get to Bottle portage since it was early and there wasn't much wind yet. We saw Arkansas man on the way out of Agnes he told us the fishing was good at the campsite on the west side of Iron. Thanks, it was a nice site. Sorry if we got in the way, that was the portage G tried to pick up the canoe in the water, slipped and gashed a hunk of skin out of his palm. I had to get him to the other side of the portage to find the 1st aid kit. We made a note to always remember which pack we put it in. He cleaned his hand with alchohol swabs and put neosporin on it. It healed very well.
Bottle portage was steep up & down. 80 rods but relatively smooth. I turtled on the way up with a really heavy gear pack. My foot slipped off a rock & I made the decision not to try to stop the pack as it started to swing around to keep from twisting my leg. I simply let the pack pull me backward. Fortunately most of the stuff in it was soft. I landed on top of the pack upside down but ok. I had to leave the pack there because I couldn't stand up with it without help. G carried it back even though I told him I could if someone helped me up with it. Lots of mud at exit. Lunch: salami/cheese sandwiches on a rocky point.
Decided to lay over a day on Iron. The boys climbed on the big boulder by the fire grate and played chess & cards. Ben hooked a 2 foot pike from the canoe then handed the pole to G. The fish splashed them with his tail & swam off. Many people claim pike are sentient. We think we know what the fish was saying as he left. This is a great campsite except the latrine is about 200 feet back in the woods, lots of mosquitoes & was almost full. I hope it got a new latrine. It also has a nice large flat rock area close to the water. Lots of rocks & logs to sit on around the fire grate.
Dinner Steaks, garlic mashed potates corn. Yay, lots of weight gone. Ben shows us a sore spot on his foot that looks like he got something in it. Everyone is bushed & we had another round of hang 3-50-60Lb bags in a tree. 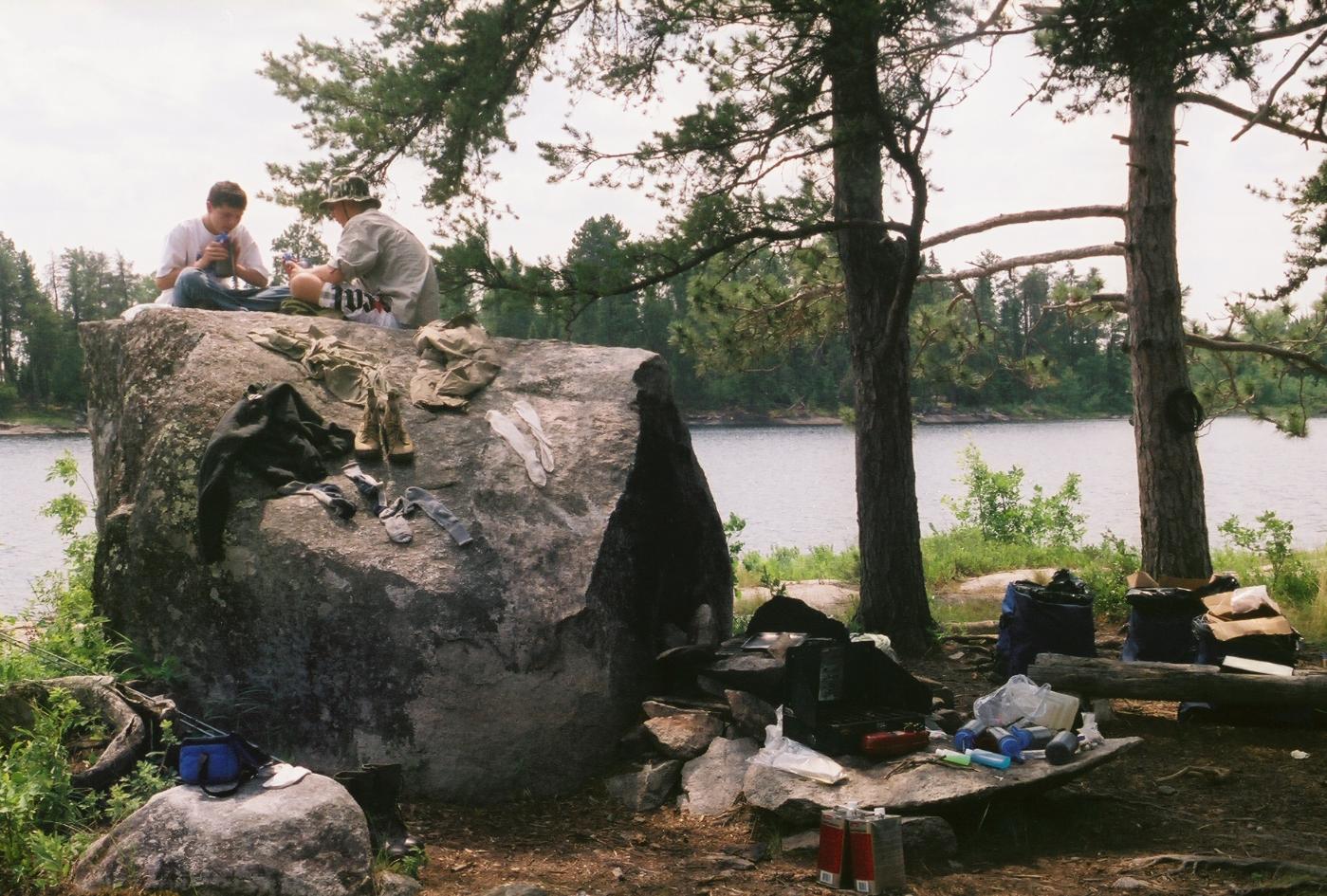 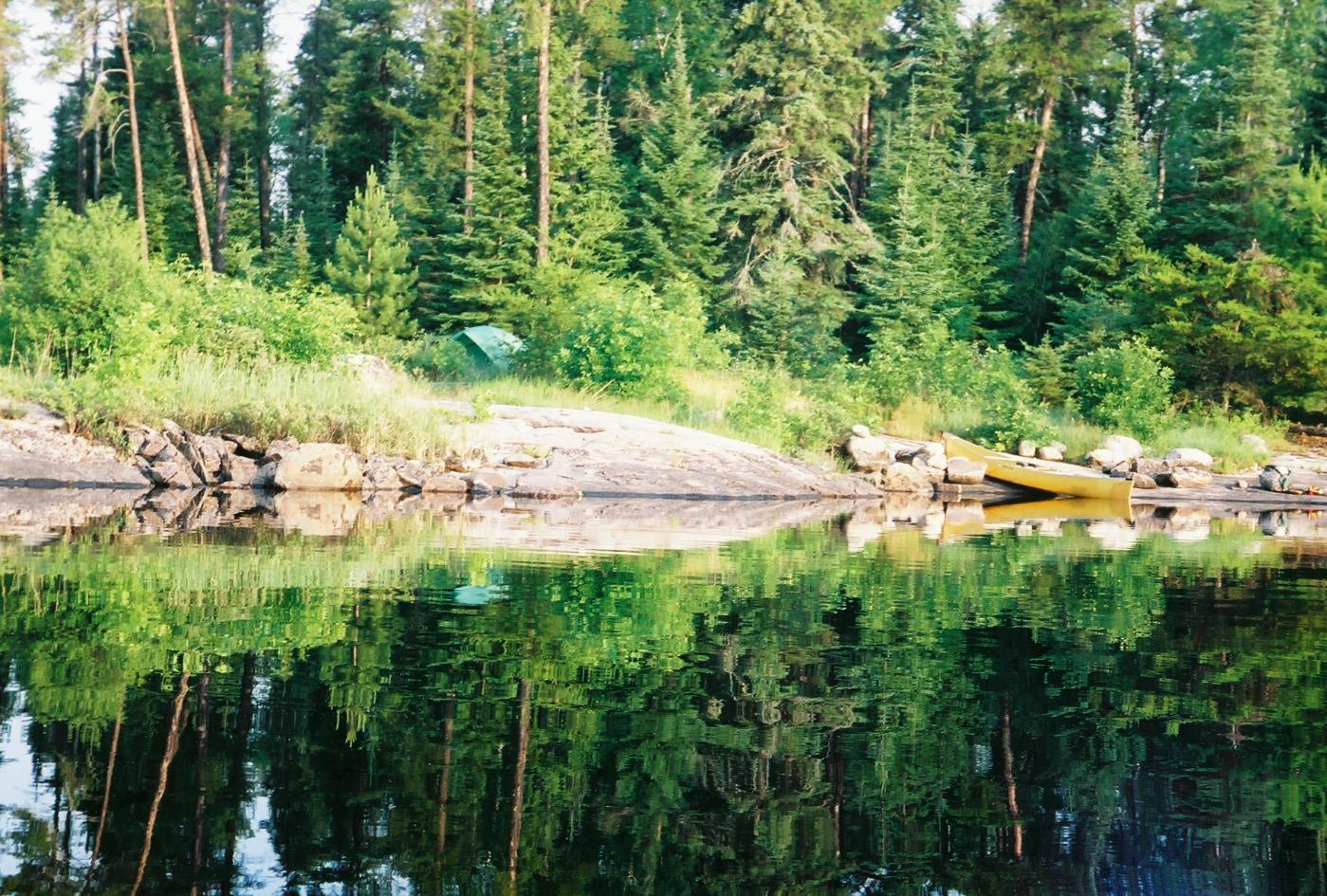