Quetico from the north.
by hexnymph

Trip Type: Paddling Canoe
Entry Date: 05/24/2008
Entry Point: Quetico
Exit Point: Quetico
Number of Days: 8
Group Size: 6
Trip Introduction:
Our crew this year consisted of Chad, Mike, Greg, Nate, Brian B, and I. Chad, Mike, and Greg are part of my core group. Nate and Brian B have traveled with us in the past. I met up with most of my crew in Sault St Marie in the Upper Peninsula of Michigan. From there we traveled north over the Canadian boarder and along Lake Superior, through Thunder Bay, towards Atikokan and our outfitter. The shore of Lake Superior along that stretch of highway is the most scenic part of the lake I have seen so far. The highway travels through some hilly areas with many spectacular views of Lake Superior. The lake in this area is full of large bays, islands, and cliff faces. By the time we reached CQO (Canadian Quetico Outfitters) we had seen three bear, two live moose, and one dead one. Upon our arrival we met the owner of CQO, Doug. He informed us that the other two crew members (Nate and the other Brian) had run into some travel problems and would not be arriving at the Thunder Bay airport until hopefully some time later the next day. That news was a little bittersweet, it meant we wouldn’t be getting the early start we had hoped for, but it also meant that we could take our time sorting and packing our gear. We settled in at the outfitters, set up our tents for the night, and proceeded to get to know Doug. I could go on for a long time about that first night, our mini home brew tasting (we all brew beer), meeting one of the Quetico Park Enforcement officers, the steak, and Doug, but I’ll keep it short. We had a lot of fun and Doug is by far the best outfitter we have dealt with. His dedication to ensuring we enjoyed our time was unbeatable.
Discuss Trip: View Discussion Thread (8 messages)
Day 1 of 8
Saturday, May 24, 2008

We woke up at the outfitters and started to unpack and re-pack our gear. The conditions were perfect with a clear sunny sky and the first warm weather of spring. Grey jays visited us while we went about eliminating excess gear that didn’t necessarily need to come along, and selecting gear we couldn’t live without. Most of the gear that the other two party members would be carrying was with us so we packed their gear as well. We tried to be fair with everyone’s load so no watermelons were hidden in their packs this time. After we finished packing we stopped off at the neighboring diner and had our last meal before entering the park. It was a hearty breakfast to keep us fueled for the beginning of our travels.

About 1pm Doug escorted us to the park entrance and dropped us off so we could fish while he went to pick up Brian B and Nate. Our canoes were placed in the water and loaded with gear in no time. A male mallard nervously watched as we dipped our paddles into the clear water. Chad and Mike took off in the canoe in one direction while Greg and I went another. We started dragging lures in search of walleye and lake trout but instead we found weeds. Greg and I were about 200 yards from the put-in when the mallard landed right next to the canoe. Maybe this mallard wasn’t as nervous as I thought. Unfortunately we didn’t have any handouts for the duck so we continued on our mission to catch some fish.

On the north end of French lake we paddled up a narrow river towards Mink Lake. Greg and I occasionally spooked fish as we made our way towards some faster water and eventually some rapids. In this faster water we saw pods of fish schooling together and immediately thought they might be walleye spawning. We tried everything we could to get a bite but to no avail. Chad and Mike showed up and tried as well and had similar results. Everyone eventually got bored with this, figuring the fish to be suckers, so we headed back to French Lake. I think Chad or Mike managed to catch one pike on the lake buy the time Doug showed up but otherwise we were skunked.

It was 6:15pm by the time Doug returned with the others. After some quick packing of their gear our travel began. Finding the entrance to French River was rather difficult as the mouth of the river is in lowland choked with mazes of sweet gale, tag alder, and various other woody shrubs. Eventually it was evident that we were on the right path by the landscape sloping around us and a centralized channel of flowing water.

Spring had not really sprung yet. The water was dark, silty, and cold. The trees had not yet formed leaves, the grasses were still choked with last year’s growth, and only the slightest hint of green was sprouting from the ground. The river passes through open meadows lined with evergreens in some areas then tag alder swamp and open forest in others. The current of the river was enough to be a burden to those wishing to go against it and surely slowed our travel.

As we wound our way upstream on our journey we would occasionally spook a duck off the water ahead of us and a number of unidentified critters along the banks. I tried to follow the twists and turns of the river on the map but I wasn’t completely certain of where we were. When we encountered a bridge that crosses the river it was apparent that we were at the intersection of a trail that follows the Baptism River. The Baptism River intersects the French River a good distance beyond this bridge. We were able to find that intersection because of an orange ribbon hung on a branch. Without that ribbon we might have missed it as others surely have.

On the Baptism River disaster struck me. Nate and I were fighting a rather strong current through a section of rapids trying to avoid a portage when my paddle struck a rock. I felt the snap of the blade and froze, not knowing what to do in this predicament. My paddle was utterly useless against the current but Nate continued to keep us from going down the river sideways. One of the others managed to catch the piece of paddle that was floating down the river and we managed to get the canoe to shore. Nate and I portaged the short distance to Baptism Lake as the others managed their way upstream.

By this time it was late in the day and we were going to have to set up camp soon. It was decided that we would push on to Trousers Lake to get a jump on the next day. I took the one good paddle and lumbered Nate and I across Baptism Lake while the others went off towards the portage to Trousers Lake in their hunt for a campsite. Although our progress was slow, I was thankful that the wind wasn’t blowing, lake was as smooth as glass.

As the sun dropped out of the sky the temperature dropped with it. Nate got pretty cold sitting in the front of the canoe so we switched places after the portage. Then I had time to get cold as we crawled across the lake to a campsite the others were busy setting up. When we landed the canoe at camp it was officially dark. After dinner I made a sorry attempt to fix the paddle with some superglue but ended up with most of it on my hands. That night I laid in my tent considering our options now that we were down a paddle. I knew controlling the canoe with one paddle in the wind and waves would be dangerous and exhausting. The paddle would have to be fixed or we would have to send a canoe back to replace it. I will always carry a spare paddle from now on. 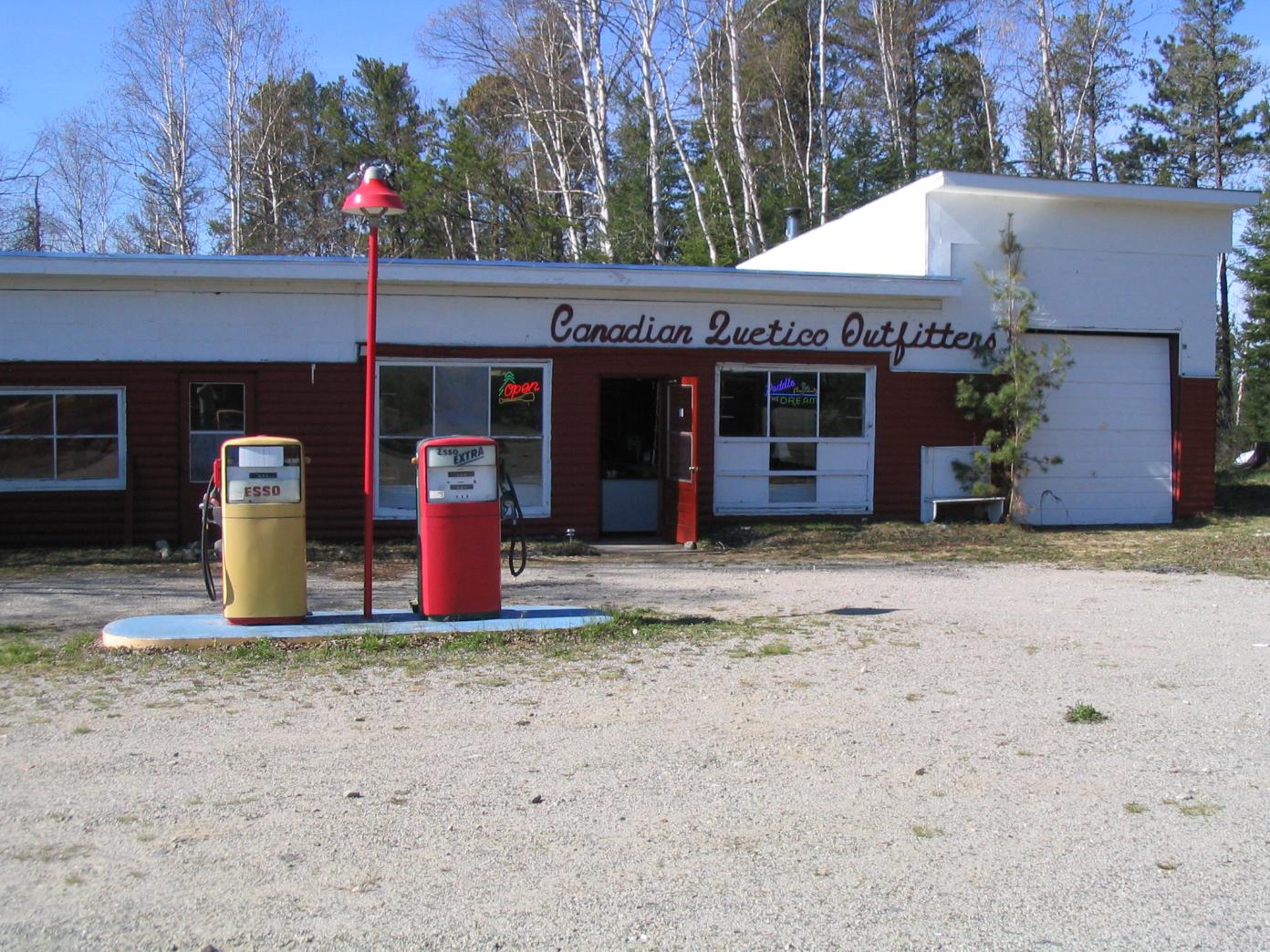