of Wind, Waves & Men
by Kiporby

Trip Type: Paddling Canoe
Entry Date: 05/13/2009
Entry & Exit Point: Quetico
Number of Days: 9
Group Size: 3
Trip Introduction:
Only in today's world could an adventure to a remote wilderness area be planned on the internet. BWCA.com provided the conduit that brought together Jan (kanoes), Kyle (whiteH2O), and Dan (kiporby). Using our high speed internet connections we spent many a hour chatting online about our beloved Boundary Waters. Somewhere in cyberspace amongst the electrons carrying stories about canoes, gear, tents, and past trips came the idea of tripping together. - We decided to meet last fall to discuss trip ideas over some dinner at a restaraunt near Jan's place. Admittedly it was a little odd meeting complete strangers that you only really knew by their cyber names. Would these people be what I envisioned? Would Kanoes walk in, take one look at me and decide he'd be better off turning around and going home? Well, with all the joking and ribbing that occurred it became pretty obvious that we would have a good time together. We began to formulate a plan and decided on a 8 day trip to the Man Chain in Quetico. - This would be a trip of many firsts. A first canoe trip to Quetico for Jan and Kyle, a first canoe trip in a solo canoe for Dan, and a first trip together. We decided to enter the Man Chain from Cache Bay (EP 72) and use Seagull Outfitters on the Gunflint Trail for our bunk, tows and one solo canoe rental. We agreed on a "Group Solo" format meaning that each of us would use a solo canoe and supply all of our own gear and food. Aside from a few meals no food or gear would be shared. The idea being that we could stick together as a group or separate into solo side trips if we choose to do so. - A May trip was agreed upon to try out luck at Spring lake trout fishing and to experience the Quetico just after ice-out. We would actually enter the park the day before it officially opens, so obtaining an EP permit wouldn't be neccesary as the Canadian ranger stations have self-issue permit kiosks during the off season. - We booked the trip with Seagull Outfitters in January and began working to obtain our RABC's, passports and Ontario Fishing Licenses. The next few months would be spent planning, packing and repacking, and of course chatting! May could not come soon enough.
Discuss Trip: View Discussion Thread (40 messages)
Day 1 of 9
Wednesday, May 13, 2009

Jan, Kyle and I met at 9am for breakfast at Betty's Pies in Two Harbors. It was a typical May day along the North Shore: cold, rainy and foggy. As we were eager to make our way to the end of the Gunflint Trail, we made only a few stops. We checked out the camp store at Sawtooth Outfitters in Tofte and gassed up the cars at Buck's Hardware in Grand Marais. We ran into Dave from Seagull Outfitters there. He joked with us about the weather forecast for the next few days saying he heard something about 30 mph winds. (We would find out soon enough that he was not really joking.) The rain stopped as we made our way up the trail and the sun peaked out from time to time. It was sure windy along the trail and it turned out that this would be an ominous forewarning to one of the themes of our trip.

Halfway up the trail, we stopped in to see Mike and Lynn at Rockwood Outfitters on Poplar Lake. Jan had used them in the past and wanted to check in. Mike was working to get his cabins ready for the season and he gave us a tour of the Rockwood Lodge. The lodge was built in the late 1920s out of native Norway red pine. What a neat place!

We continued up the trail and arrived at Seagull Outfitters around 2pm. By this time it had warmed to almost 70 degrees as the sun was more persistent, but so was the wind. White caps were clearly visible out past the bay that the outfitting buildings reside on. We met up with the owner, Debbie Mark to go over the route and pick out a solo canoe for me. She kindly marked up our maps with information on campsites, portages and "secrets". Sorry, the secrets will remain secret! It is always interesting to hear stories from the long time residents of the Gunflint Trail. She grew up on Round Lake and has spent almost her entire life on the Trail.

After a quick paddle, I decided to rent the Wenonah Prism over the Old Town Penobscot 15. The Prism is about 12 pounds lighter and faster in the water than the P-15. The choice was an easy one. We then got settled in the bunk house, got the canoes loaded on the truck for our morning shuttle and made final arrangements with Debbie regarding our tow. We decided to book a Saganaga Entry Permit, so we could camp on the American side of the border along our route if we needed to.

We heard that prime rib was the special at Trail Center, so for dinner we headed there. Sue was our waitress and boy is she a hoot. She is hilarious and those of you have met her you understand what a treasure she is to the Trail Center experience. The prime rib was excellent as was the service.

We headed back to the Seagull and relaxed on the dock talking to some of the staffers and casting a few. I caught a couple nice bass on a blue and silver Wiggle Wart. It would turn out this lure's work had just begun.

Jan, Kyle and I took one final look at the route maps before we retired for the night and drifted off to sleep. 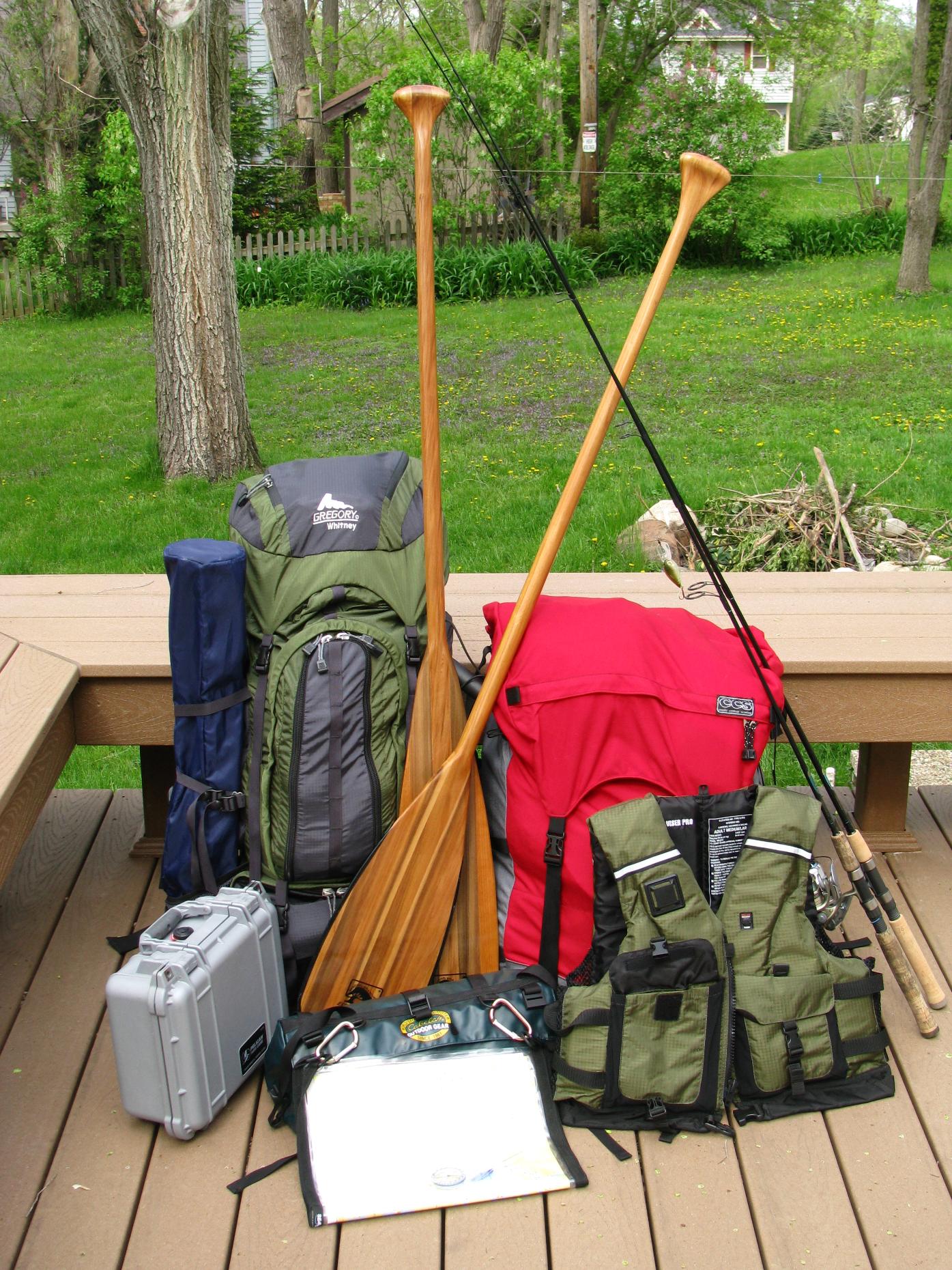 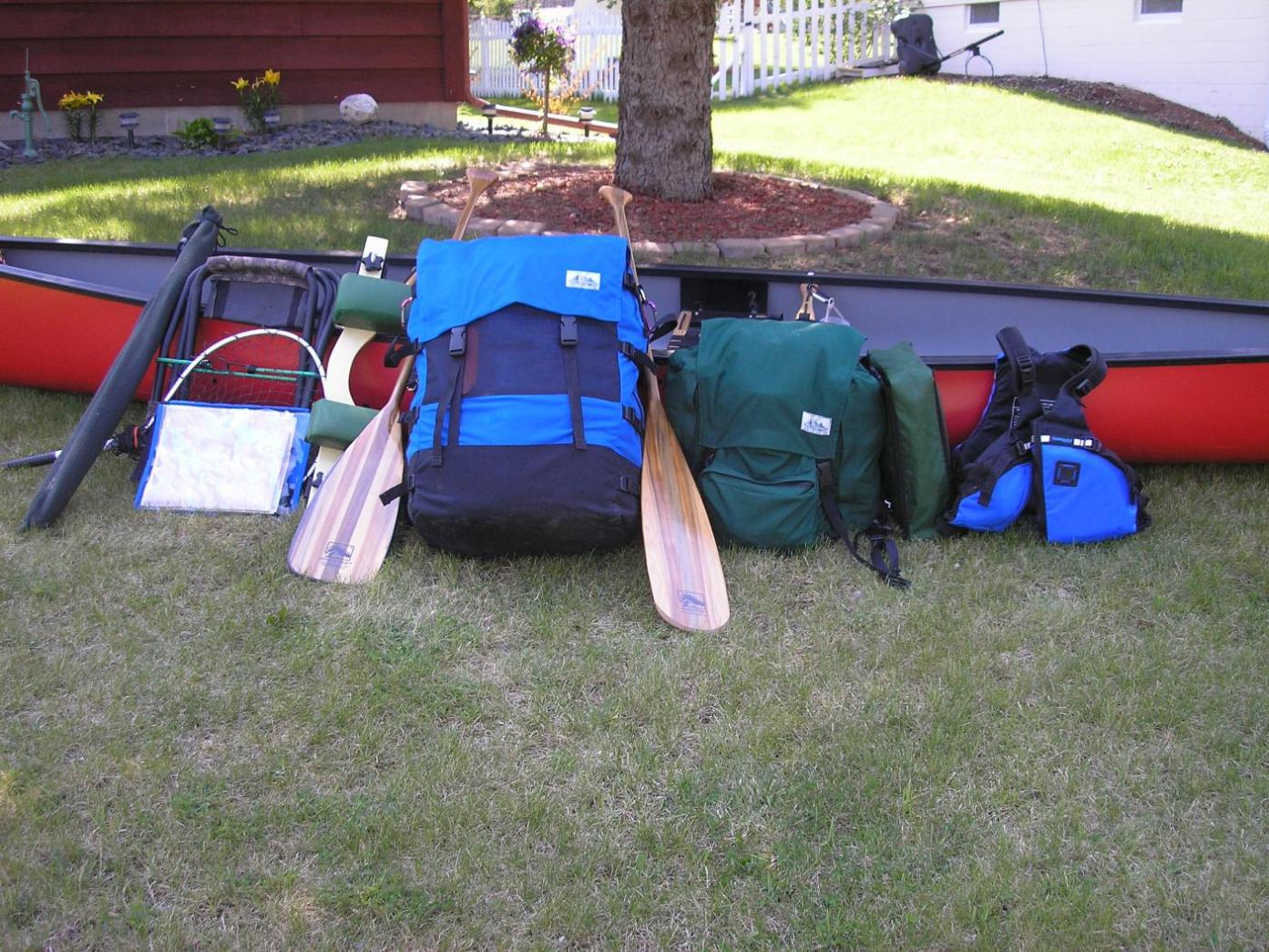 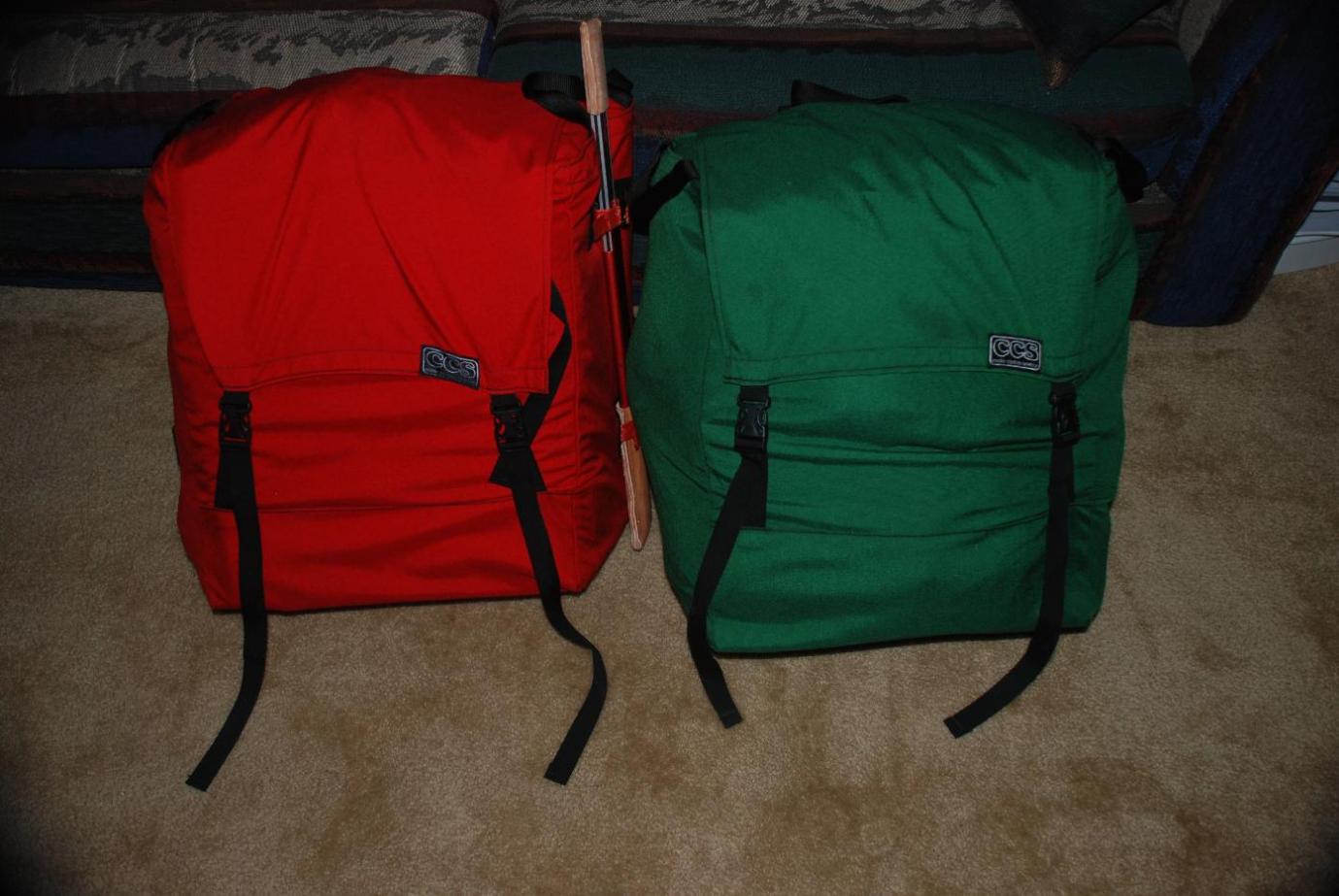