Awoke and had coffee and coco. On the water for our first attempt at trolling. We trolled on our way up to Tiger Bay, with everyone catching fish. Jake caught his biggest northern (27"), while Manny and myself caught a northern and smallie within seconds of each other. Back to camp we went to fry up some fish for lunch. I grabbed the stringer with the walleyes from the night before, except there now was a northern and a Walleye on the stringer. Seems a northern had come up and swallowed the smaller of the two walleyes and now was stuck on the stringer. We let the northern go and cleaned up the fish we had and had a fish fry, nothing like fresh walleye. In the afternoon we headed for the Dahlgren River. Along the way, caught plenty of northerns in the Boulder River. Manny and Jake caught two at the same time, while I was straightening out my reel. I reached over and retrieved Jake's fish, which was flopping around and got the lure stuck on my pants. At this point I was a little irritated with my pole, the lure and a stupid northern. By the time I fixed my pole, the northern had spit out the lure. I picked it up and put him back in the water, then looked down in the bottom of the canoe and noticed the carcass of a duckling. Apparently the northern regurgitated the duckling waiting for me, I guess that is what I get. Made it back to camp for dinner, chicken breast bagel sandwiches. Traveled a total of 10 miles in the canoe today. Relaxed in front of the evening fire with the ensemble of the owl and loon playing in the background. 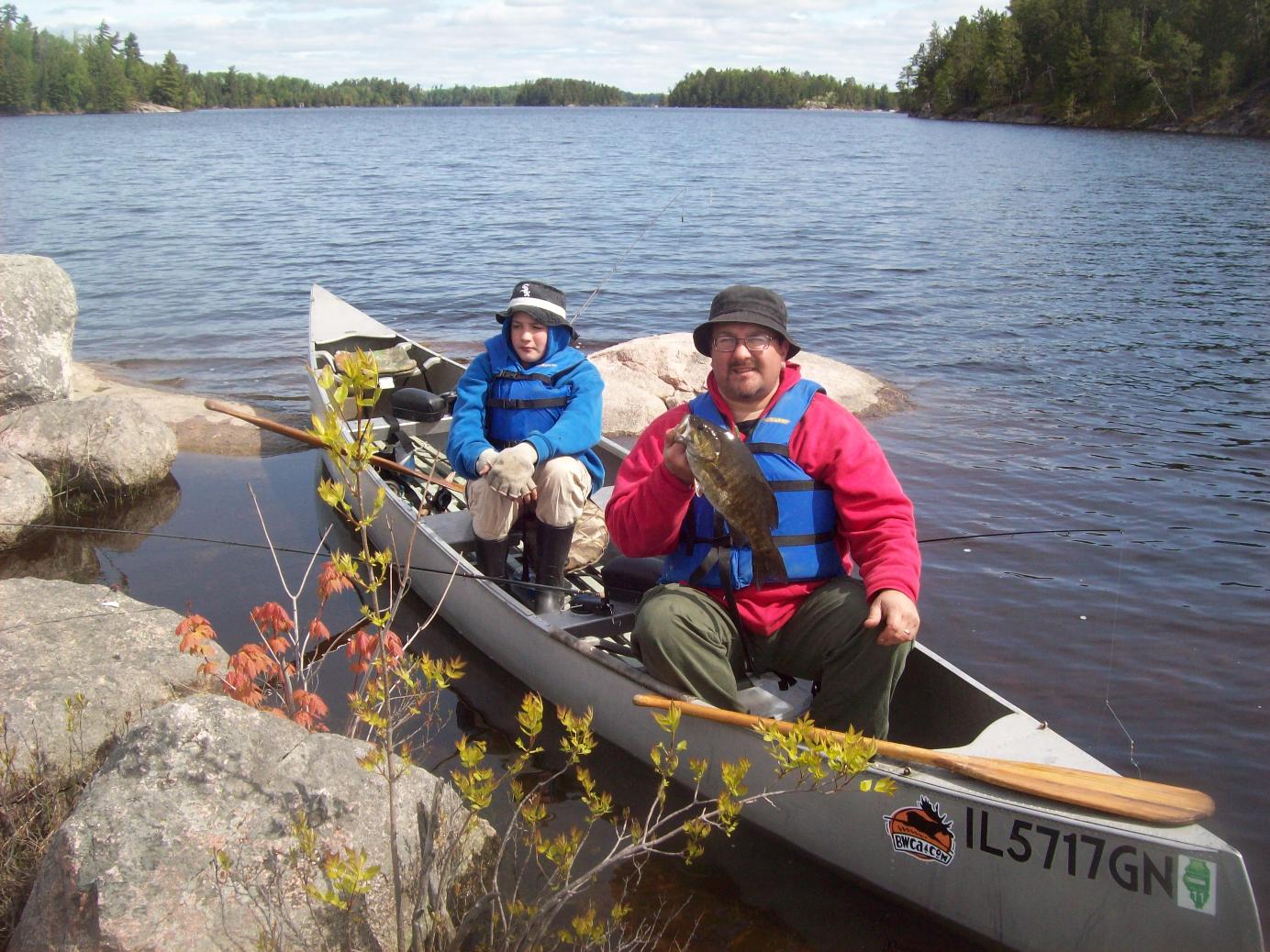 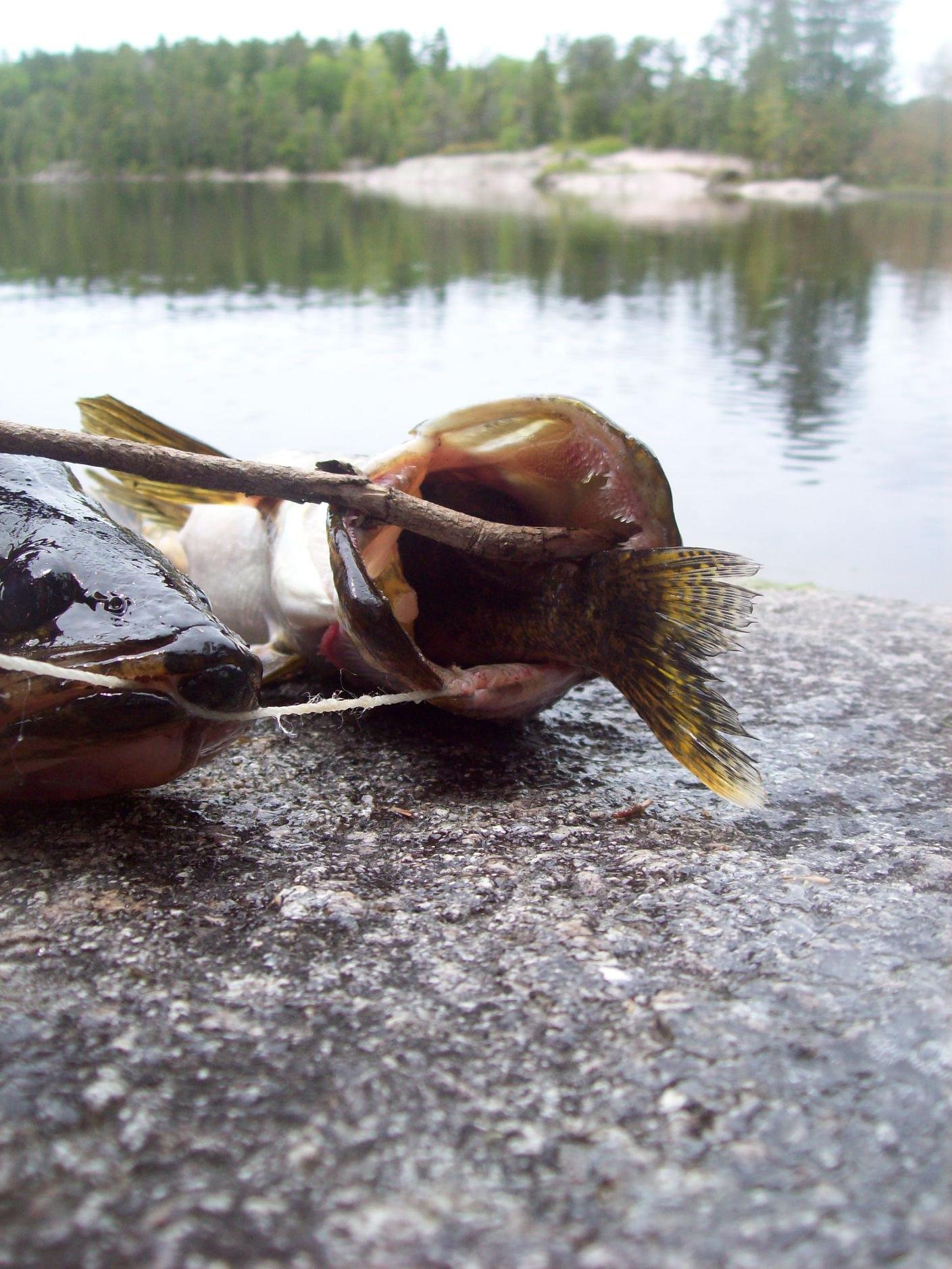 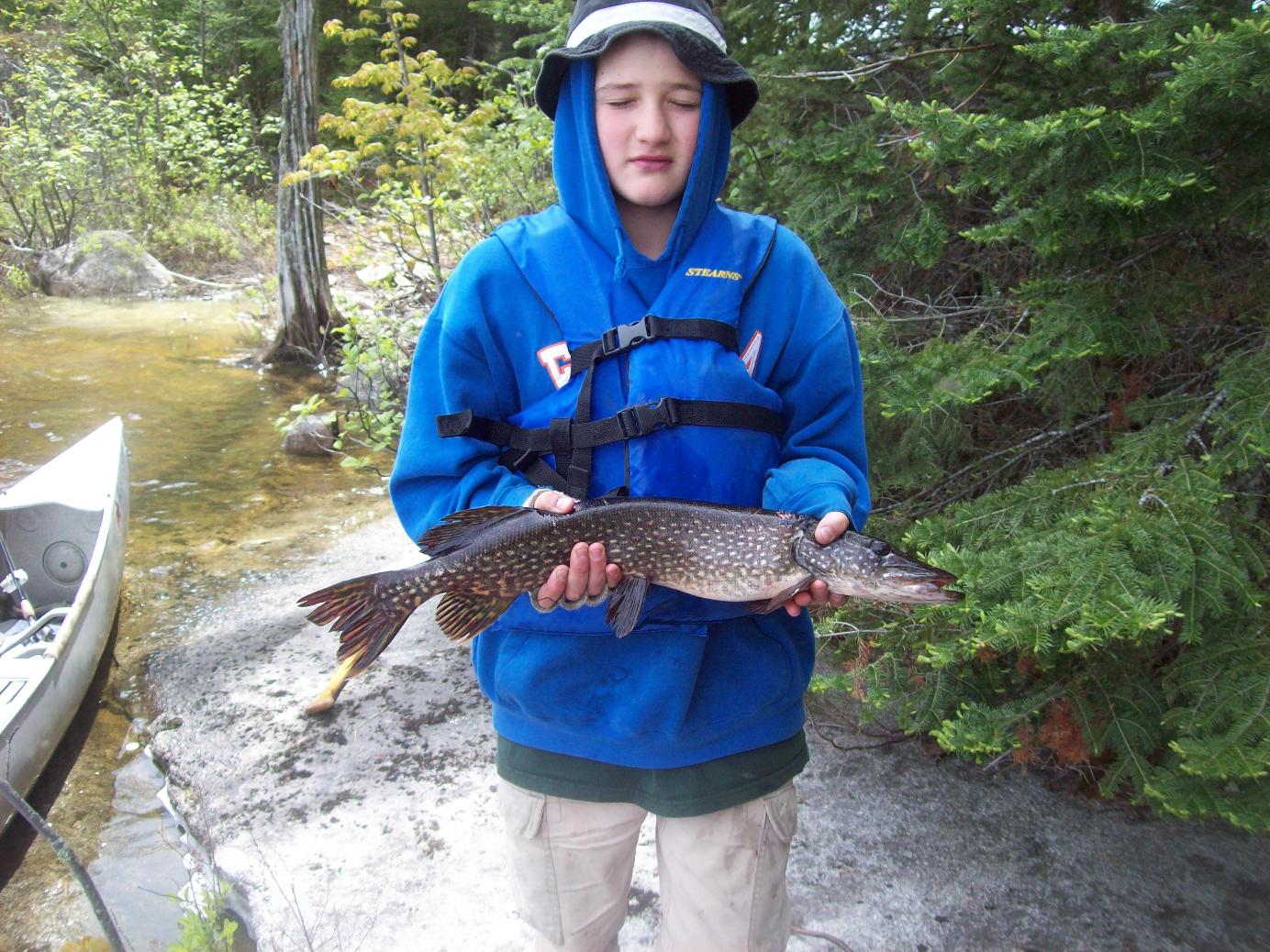