The Bear Facts
by sheeres

Trip Type: Paddling Canoe
Entry Date: 06/05/2009
Entry & Exit Point: Sawbill Lake (EP 38)
Number of Days: 8
Group Size: 3
Trip Introduction:
On the 17 hour trip from lower Michigan to the Sawbill entry point, we talked about all kinds of things, one of them bear. "They talk about them so much, but they are probably more of a myth than a problem." We found out differently.
Discuss Trip: View Discussion Thread (20 messages)
Day 1 of 8
Friday, June 05, 2009 – Sawbill to Burnt

We (Kevin, Mike & Stan) had driven 17 hours straight through to the Ranger station at Tofte. We arrived an hour before they opened so we took the opportunity for a quick nap.

We did our business, filled up the gas tank, headed to Sawbill Outfitters and began sorting equipment and food Packs. After 30 minutes of mixing and matching, we were on the water by around 10:30, just in time for the wind to pick up.

Three of us each headed out in our home made solo canoes(John Winters design). We did not think the wind would bother us so much as we would only be on Sawbill for little over a mile.

Over the short portage and onto Smoke Lake. With the wind back on Sawbill Lake, we decided to poke around Smoke a bit. By the time we decided to head for Burnt, the wind had REALLY picked up! When we hit the ‘funnel’ to the Burnt portage, the wind was blowing up whitecaps and we were fighting to get to the portage without dumping!

I had read on one of the posts here that the peninsula site on Burnt was a good one. We did not know which peninsula sight he was talking about, so we took the one straight across from the portage.

Upon landing, we took a quick assessment and decided to stay even though the site was a mess. The previous occupants had left the remains of 6 fish right in the middle of the path to the ‘throne’, they cut at least 5 green trees to use as pokers, canes, etc. and had left bits, used the path as a latrine and left pieces of wood scattered over the entire site.

We set up camp, made dinner and went to bed amazed that it had ‘rained’ at least 20 times since put in. Even though the ‘rain’ was nothing more than a very light mist, followed by sunshine, wind, more mist, replay. 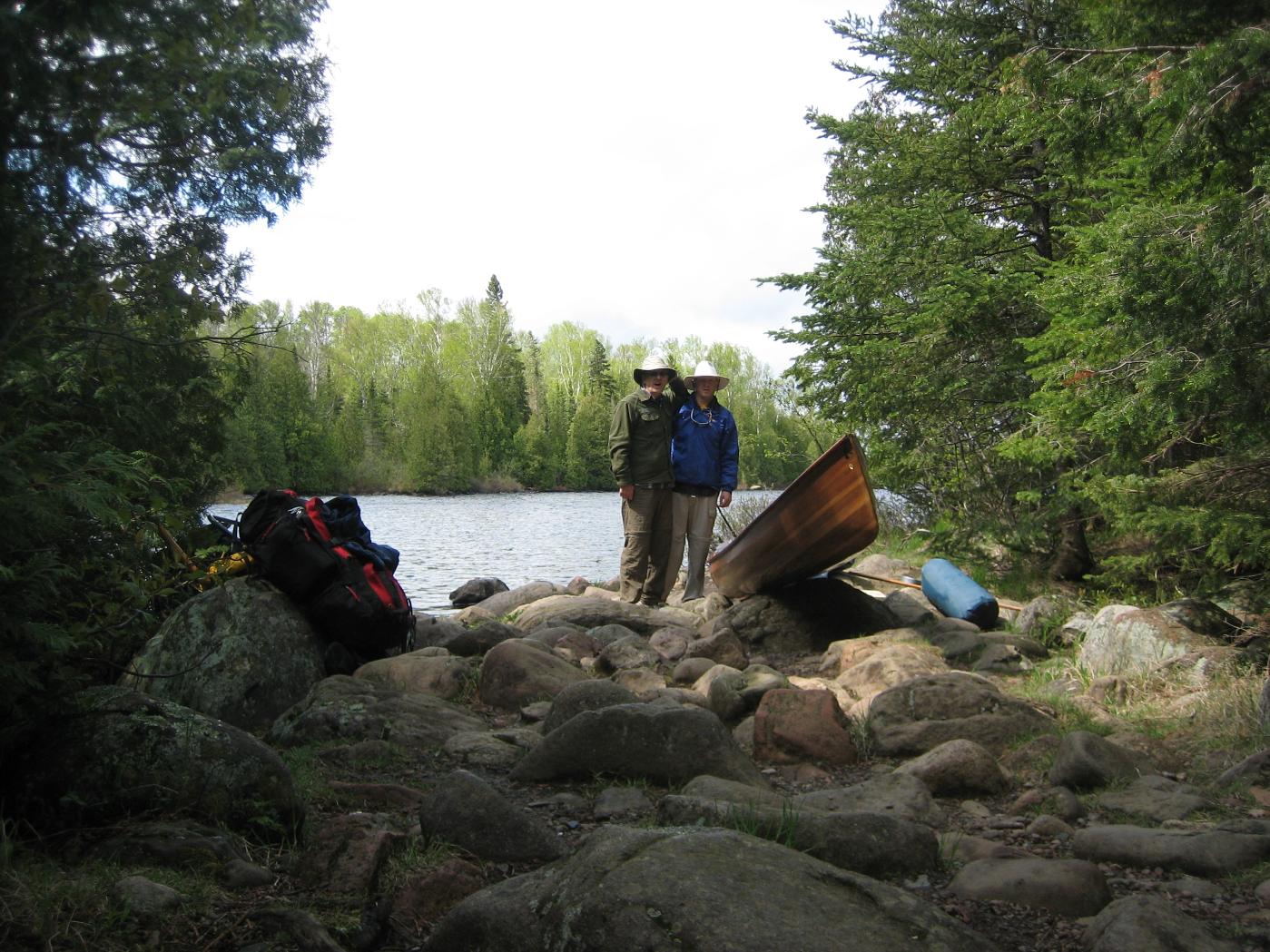 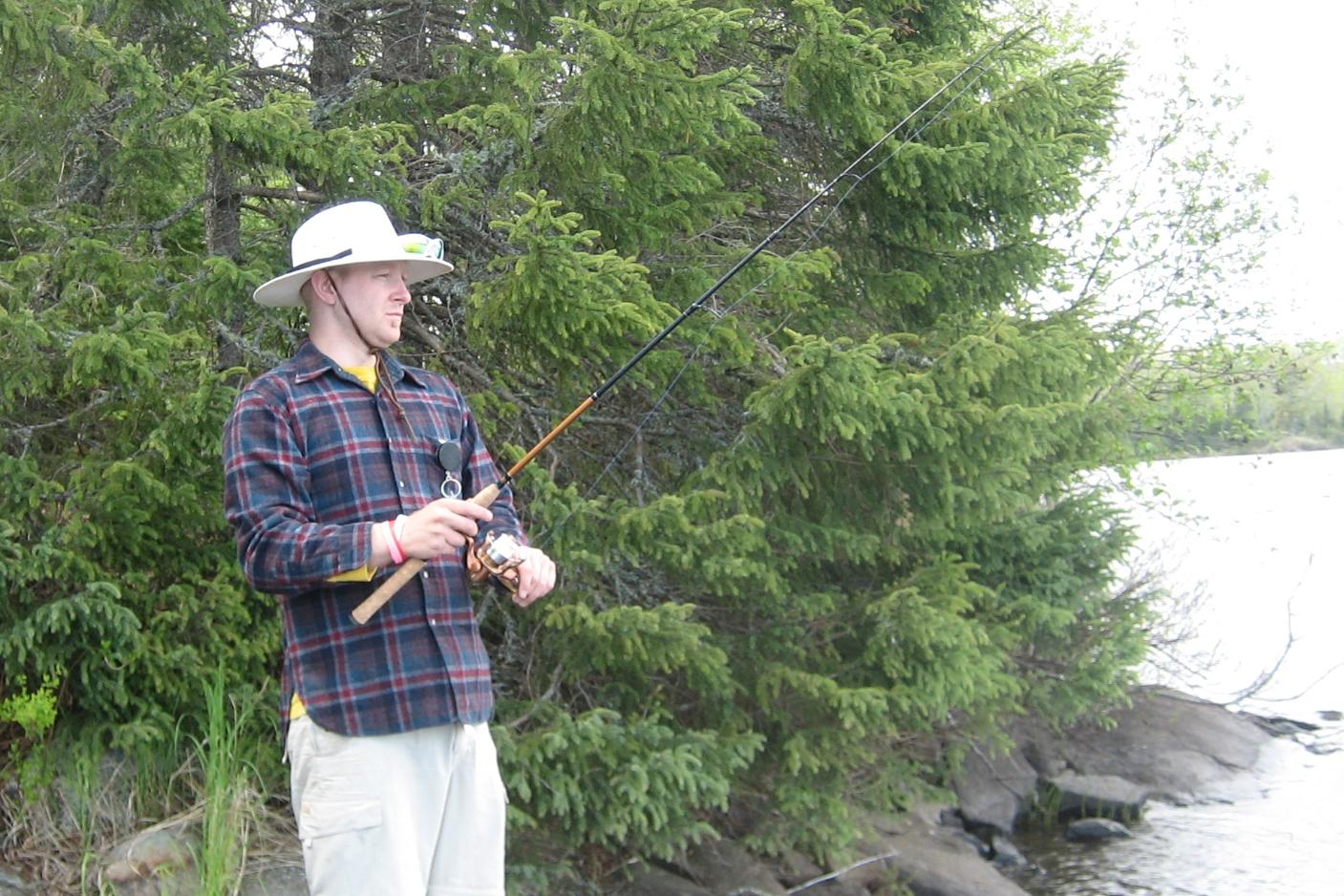 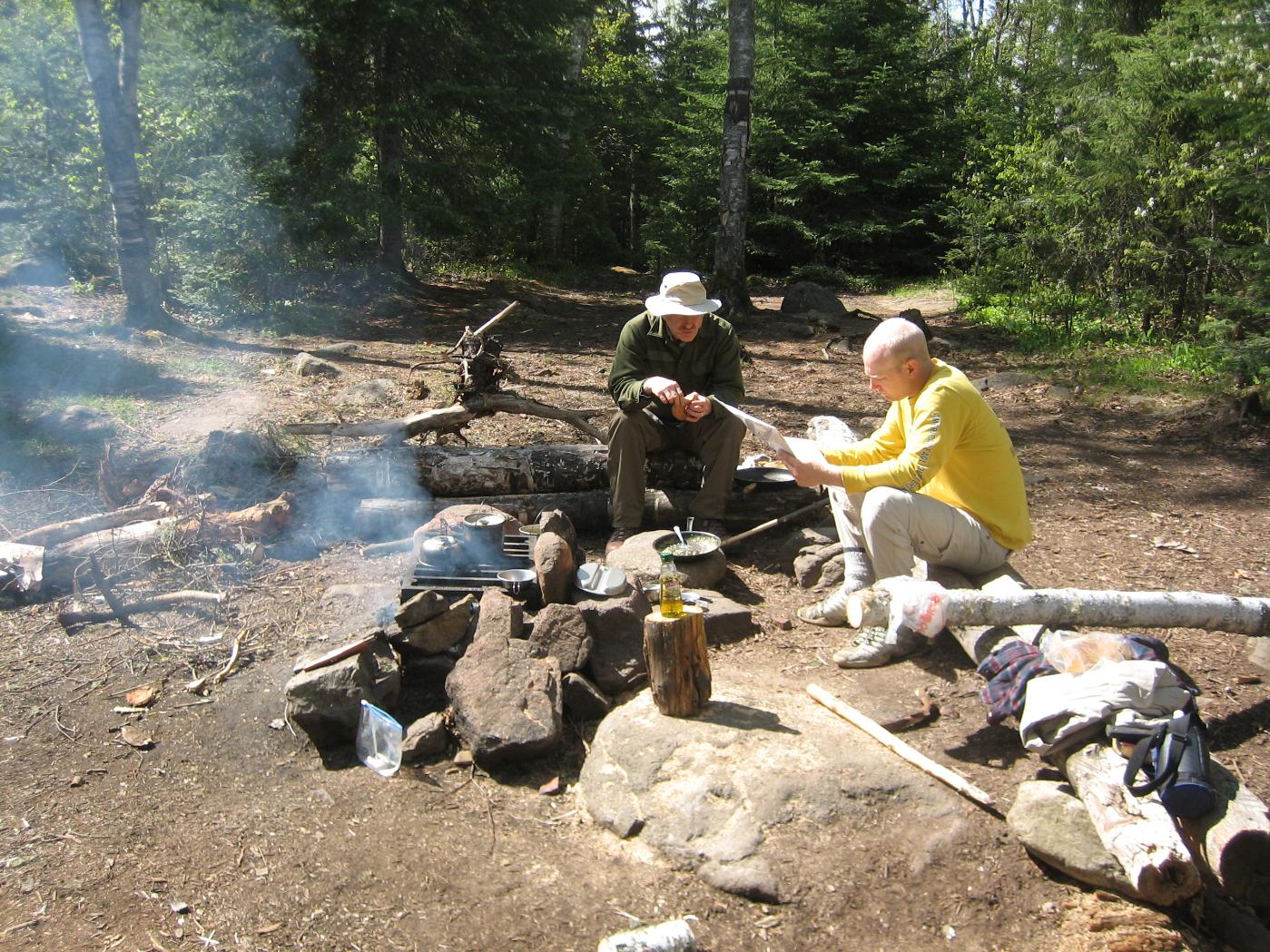