Trip Type: Paddling Canoe
Entry Date: 06/08/2009
Entry & Exit Point: Crab Lake and Cummings from Burntside Lake (EP 4)
Number of Days: 6
Group Size: 3
Trip Introduction:
This was our second trip to the bwca.
Discuss Trip: View Discussion Thread (10 messages)
Day 1 of 6
Monday, June 08, 2009 We spent Sunday night in the bunkhouse at V.N.O. got up Monday morning and had breakfast at Brittons Cafe. After returning from breakfast we loaded our gear and headed for the public access on Burntside Lake and took the tow over to EP 4. From there we dug in and made the portage. We doubled it so it was twice the fun. I should mention there were two adults and my 10 year old son. All morning it had been looking like rain so we were trying to hustle and get to camp and set up before it started. Naturally, in the rush I ended up in a different part of the lake. I realized I was one off from the cove with the portage, must have been the angle and rush but, that's what happened. We got to the site with the chair and realized the mistake but, rain was coming so we went for it. Set up the tent, tarp and got a fire literally right before the rain. It rained all night so we hung out and ate some hot dogs then later cooked supper and settled in for an early night. 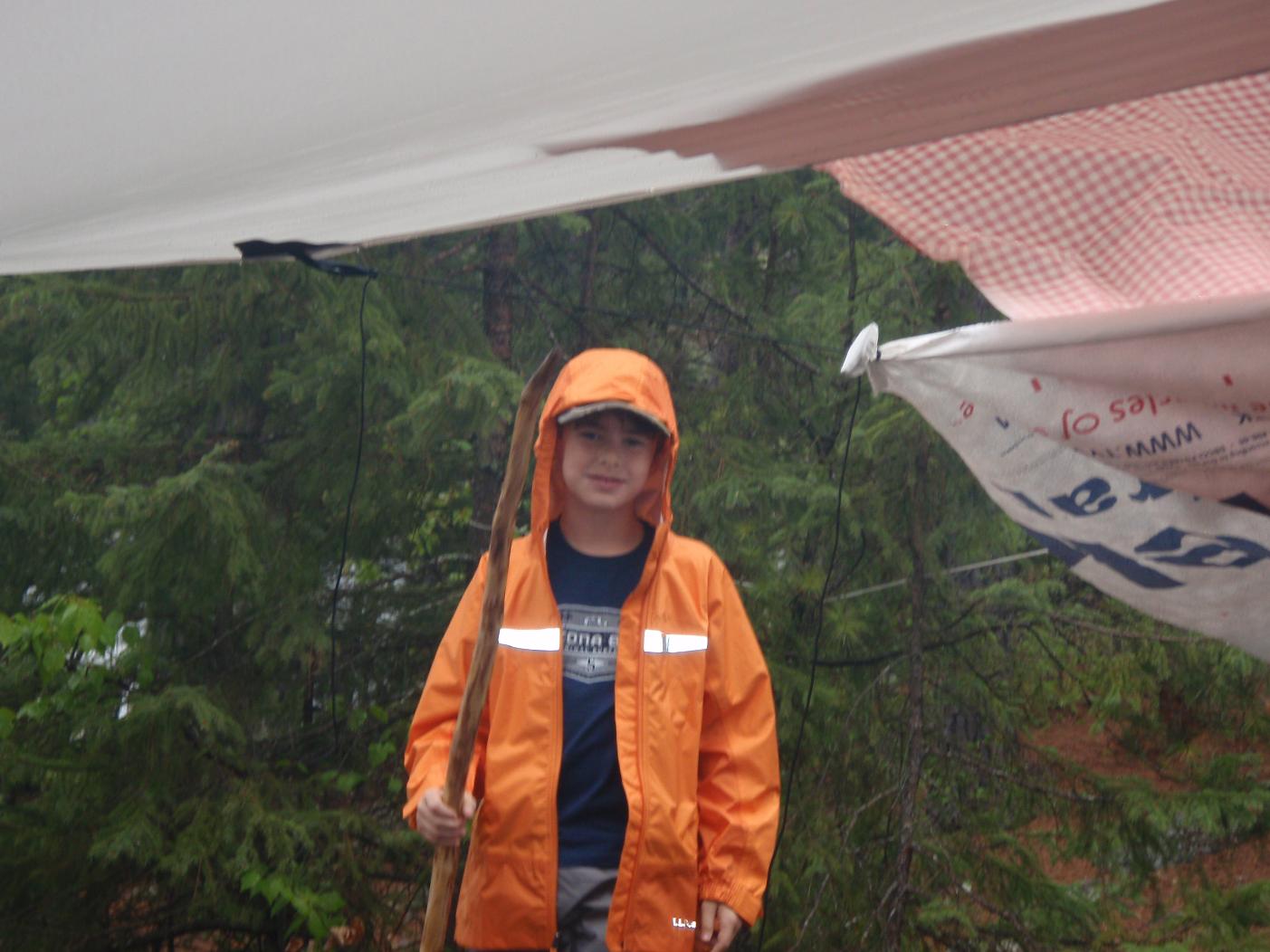