Trip Type: Paddling Canoe
Entry Date: 06/19/2009
Entry & Exit Point: Lake One (EP 30)
Number of Days: 4
Group Size: 2
Trip Introduction:
This trip consisted of myself, Aaron, and long time friend, Brandon. Brandon is going to school to become a boat captain, so he is all over the map in a moments notice, kind of hard to plan a trip around. Sometime in late winter/early spring we took a stab in the dark and came up with this date. At the time it worked for both of our schedules, but you never know. In the back of my mind, I kept preparing myself for a solo. As the date got closer, Brandon found out he would have to head back to school on June 25. Perfect, our trip was a go!
Discuss Trip: View Discussion Thread (10 messages)
Day 1 of 4
Friday, June 19, 2009

Well, the day didn't exactly start the way we wanted it. Brandon lives in Duluth and I in St Louis Park, so I drove to Duluth on Thursday night and the plan was to head to Ely at 4 am. Brandon called me on Wednesday afternoon, he just got done with his physical for school. The bad news? He had a TB test, which can only be checked at least 48-72 hours after it is given. The only time he could get in was 8 am on Friday. We are already 4 hours behind schedule!

The doctors visit was short and we were actually on the road before 8. Made it to Ely, got our canoe, leeches, booze and permit, and were in the water by 11, not bad.

It was a gorgeous day, but which one isn't when it is your first day away from the real world and about to enter the BWCA? I've waited for this day forever! 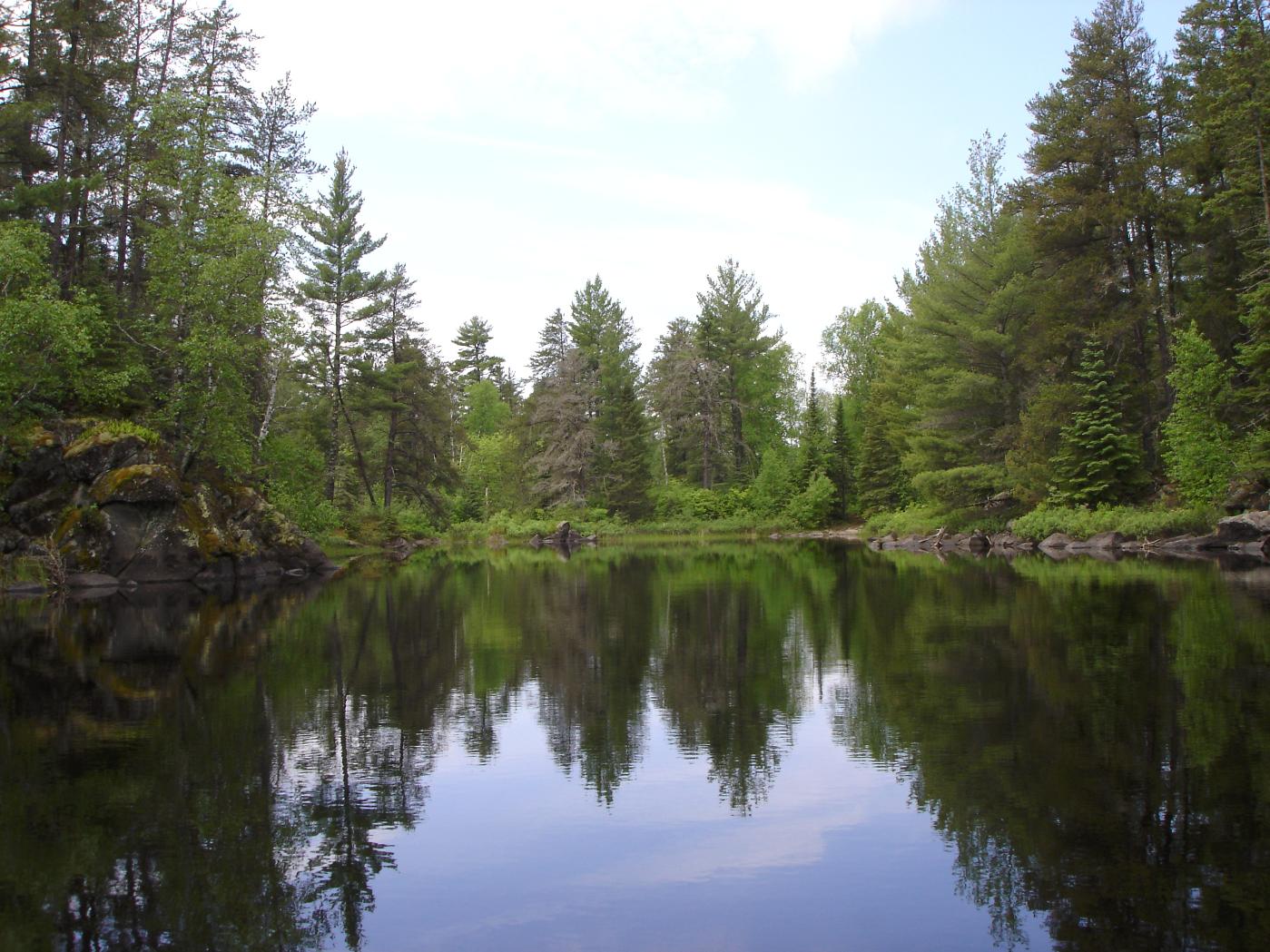 We paddle on our way, getting a little confused in spots, but get it figured out. About an hour in, we run into a group who is leaving today. Asked them where they stayed and how many people they have seen. They camped on the island site just to the west of the fork of the North and South Kawishiwi. They really enjoyed the sight but said they have already seen 4 groups heading in that direction. Brandon and I decide that we will quit fishing and find a decent site before they are taken. Seems we are base-camping and the main goal is fishing, we make it to the site that was recommended within another two hours. It was a site that I had read about and we were happy that it was open after finding so many filled along the way. We decide this 4 star will be our home for the next few days and set up camp.

Shortly after getting camp set up, the sky clouds up and it begins to rain. I don't think we could have timed it any better. It only lasts a half hour or so, and soon clears up again. 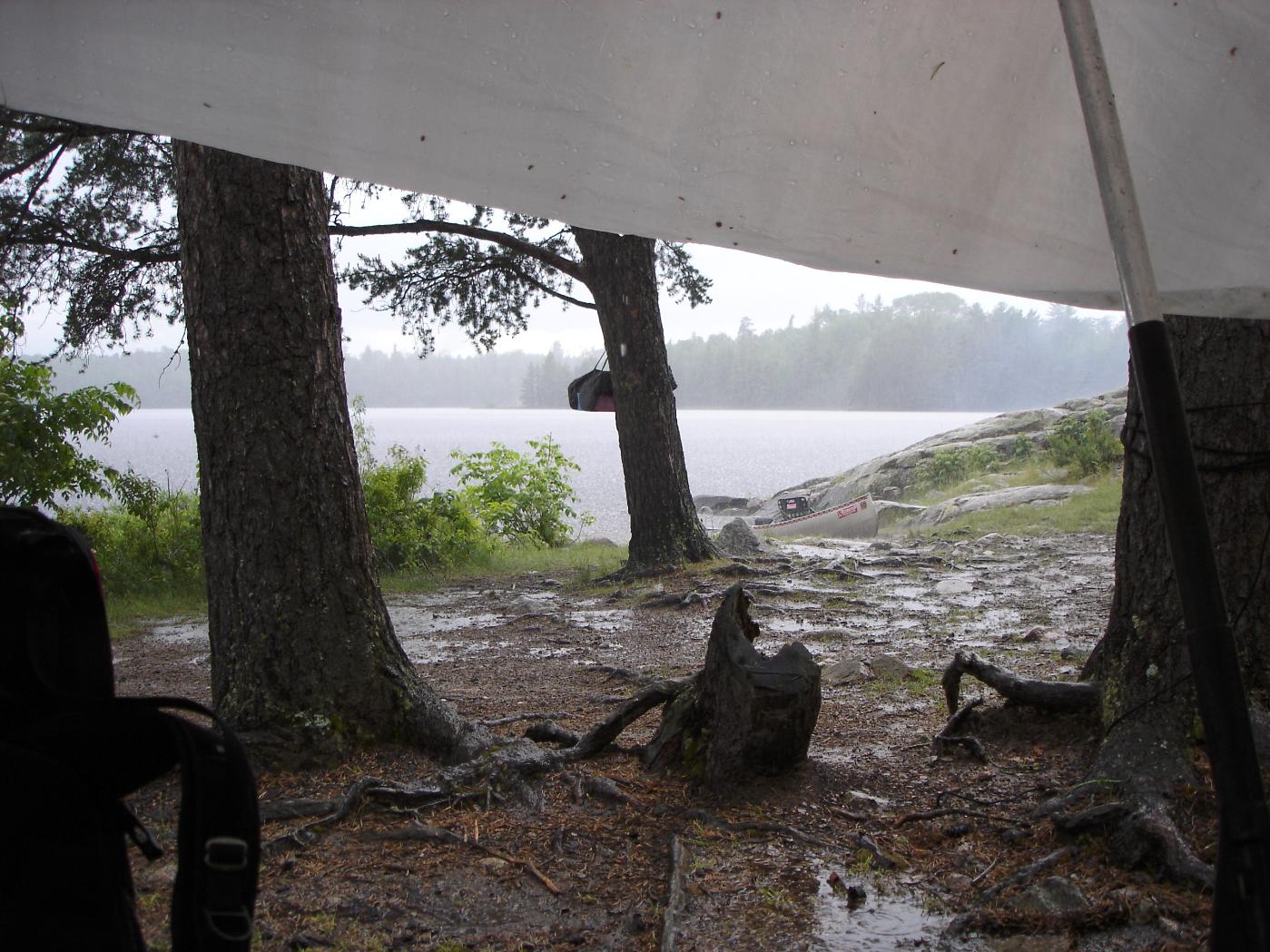 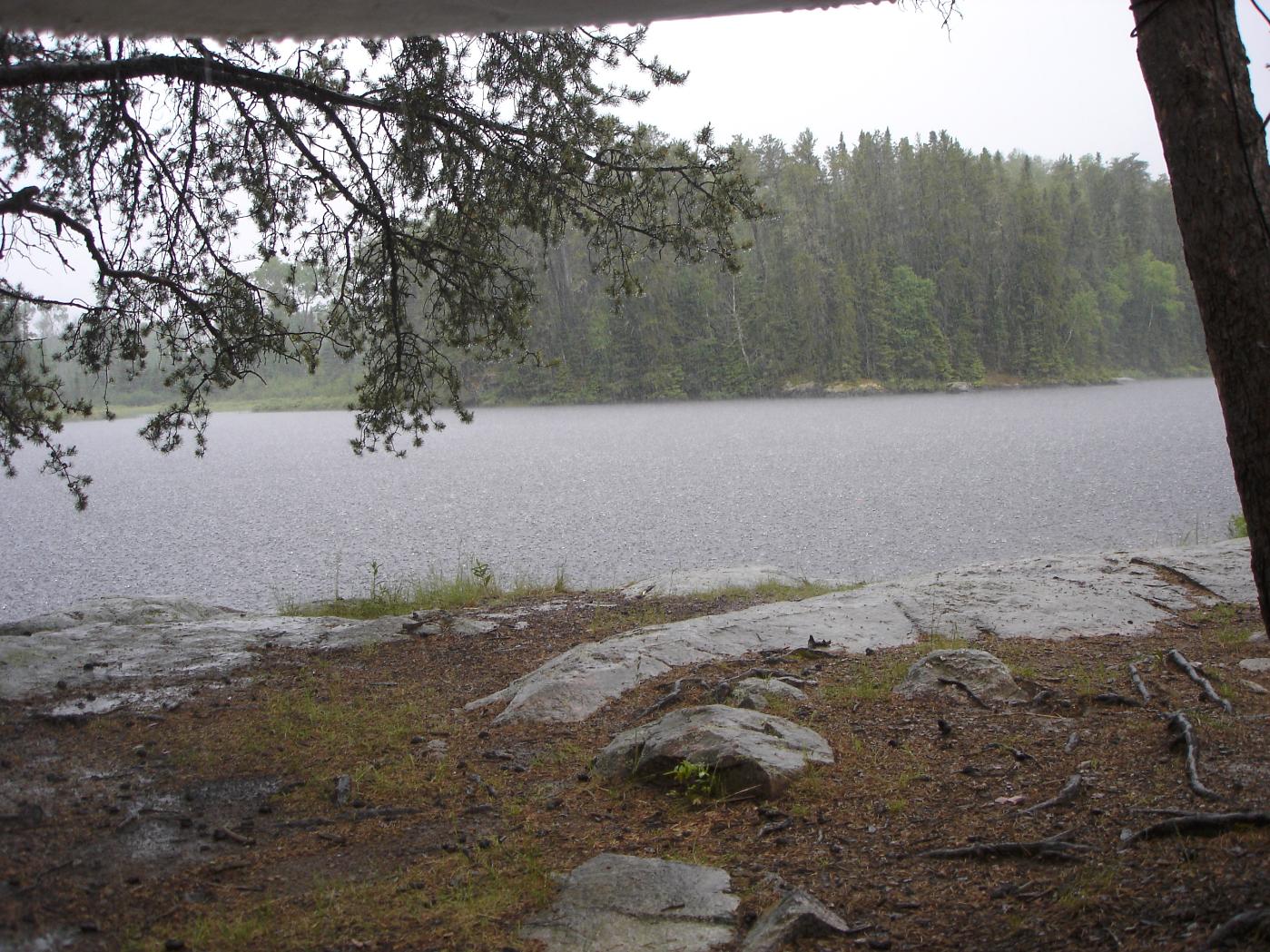 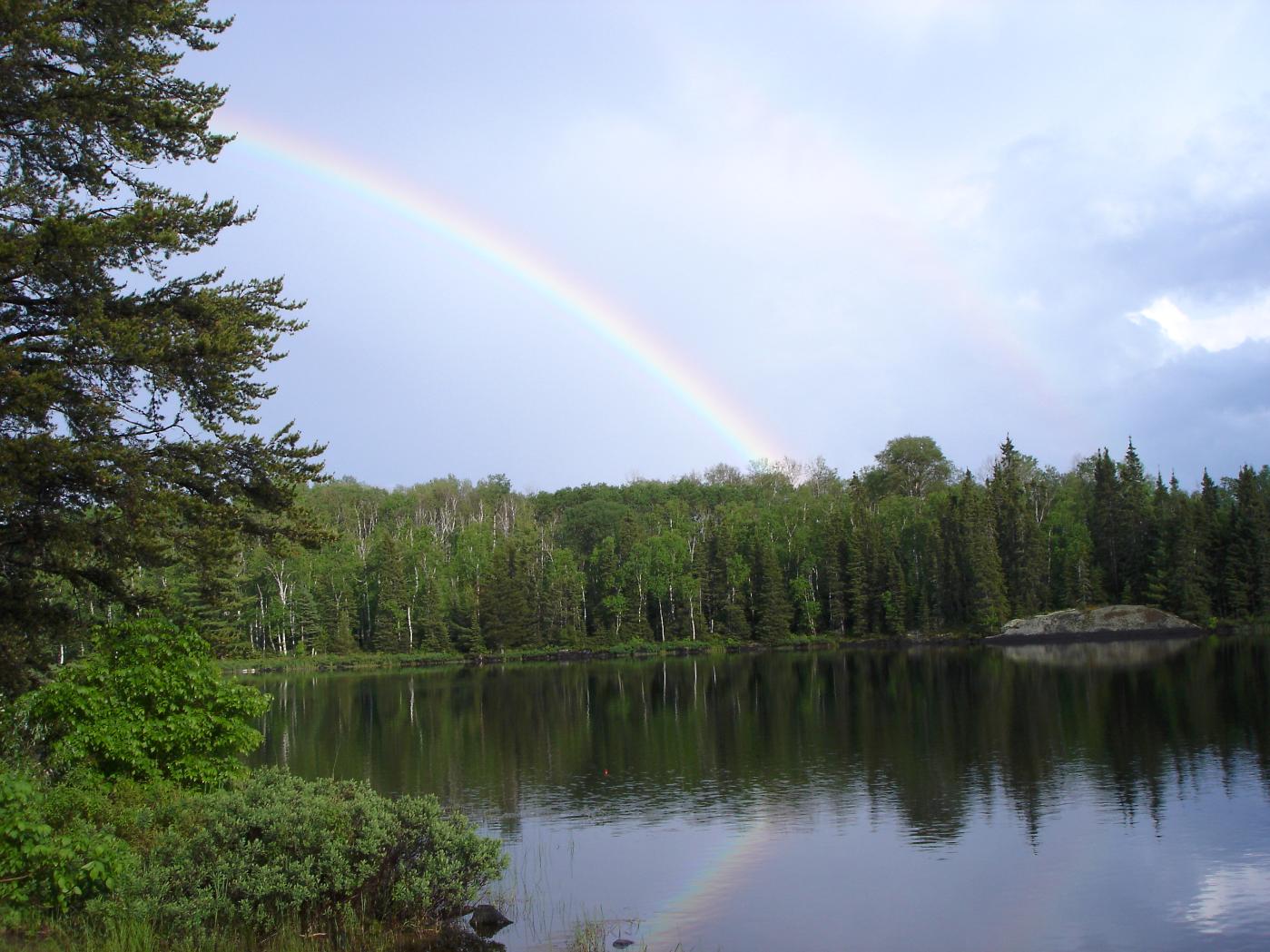 After a bite to eat, summer sausage sandwiches and gorp, we decide to head out and do some fishing. Just as we are leaving we notice a deer in the water across the bay. We quietly paddle over and get as close as 15 yards. Very cool to sit and watch him dunk his head under to eat and drink. We leave him to his business after watching for about 10 minutes. 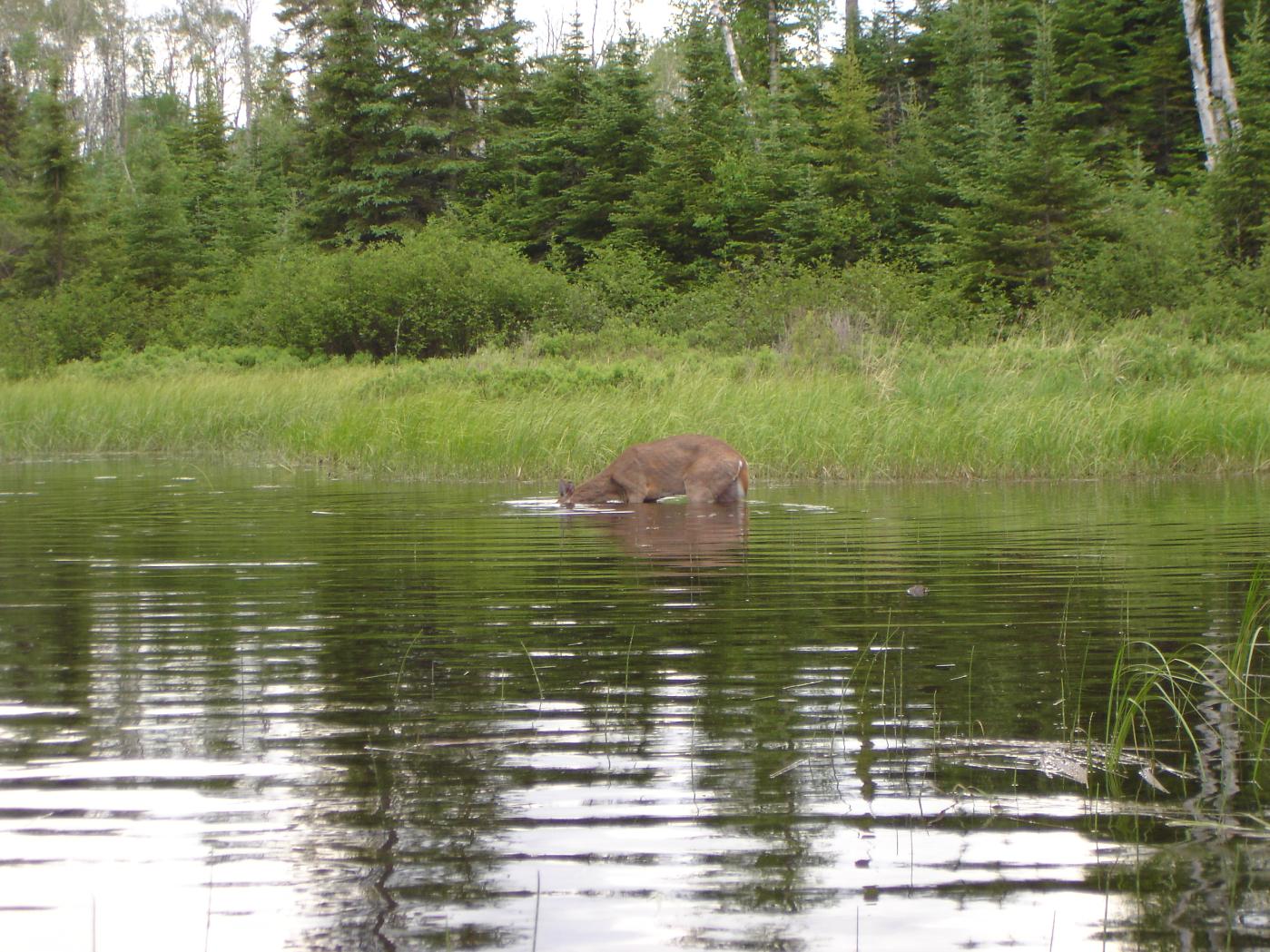 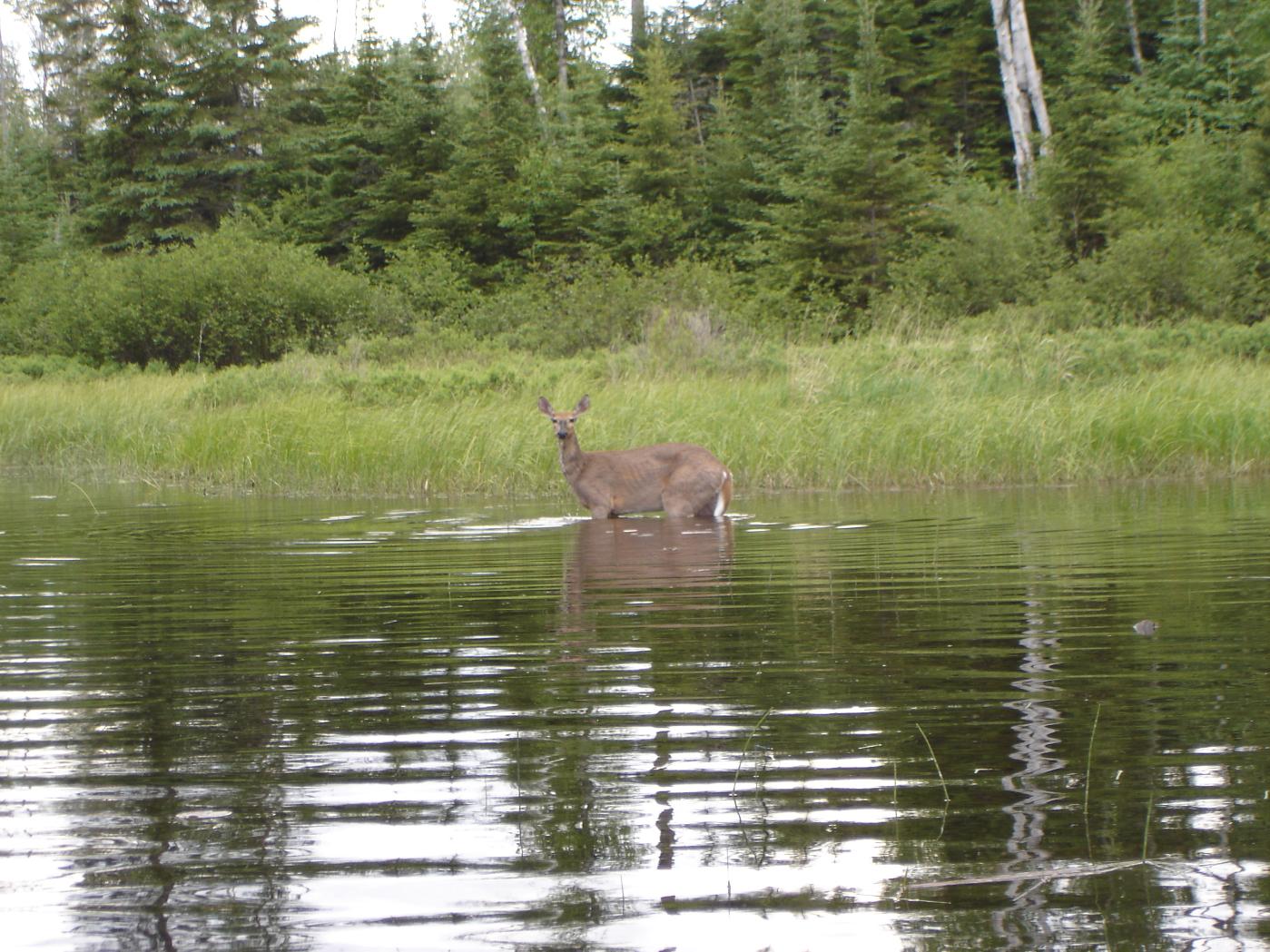 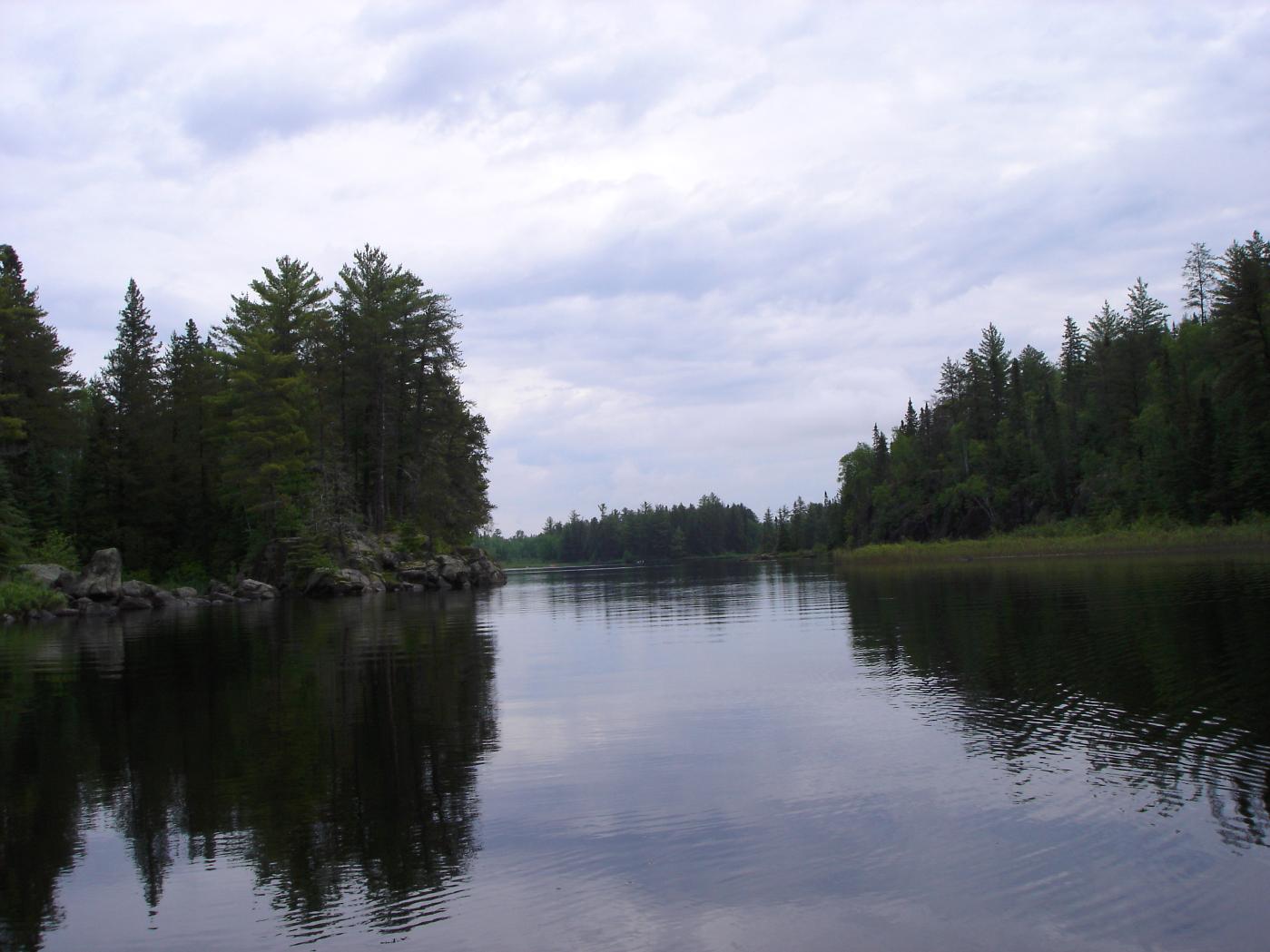 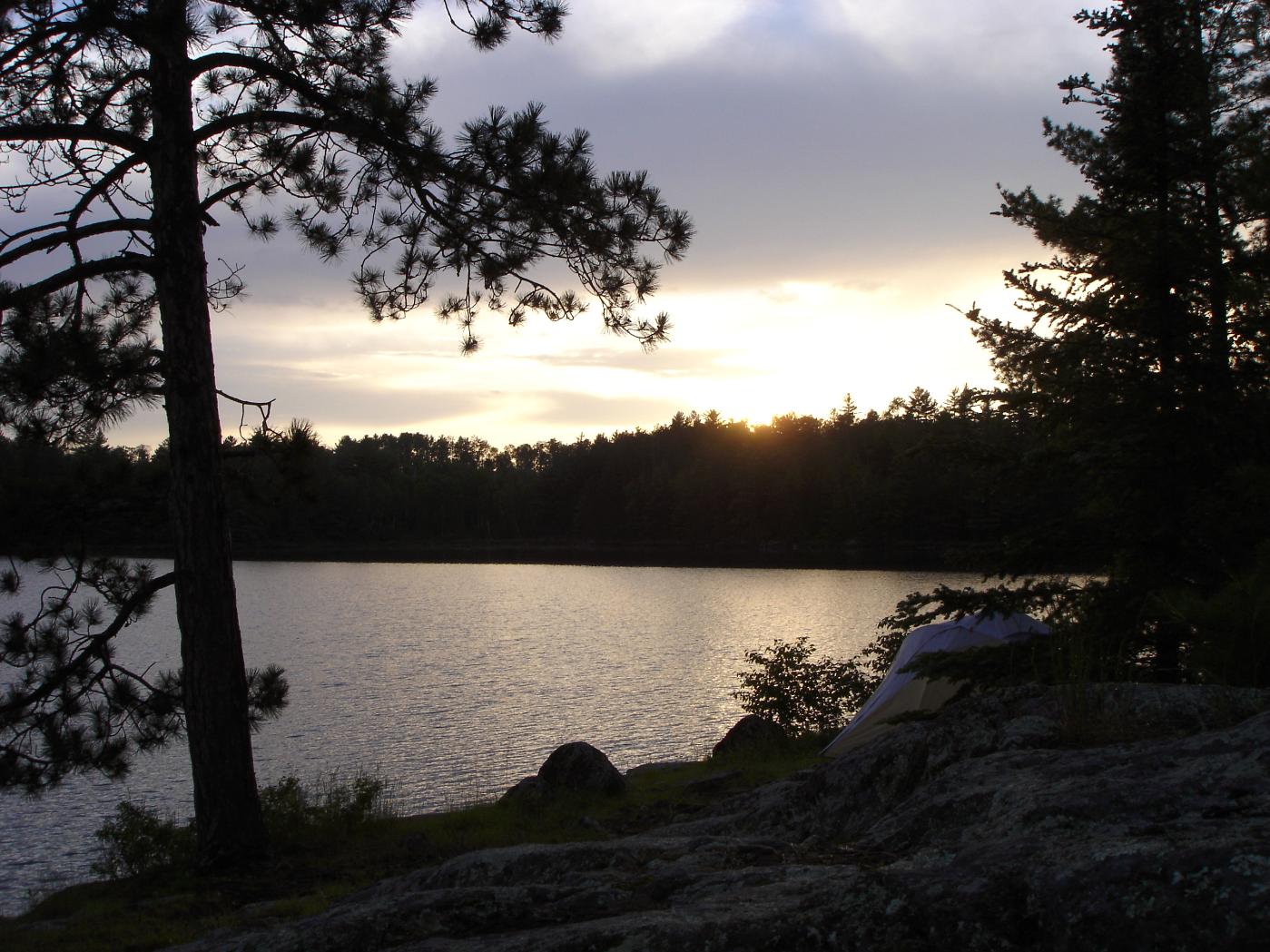 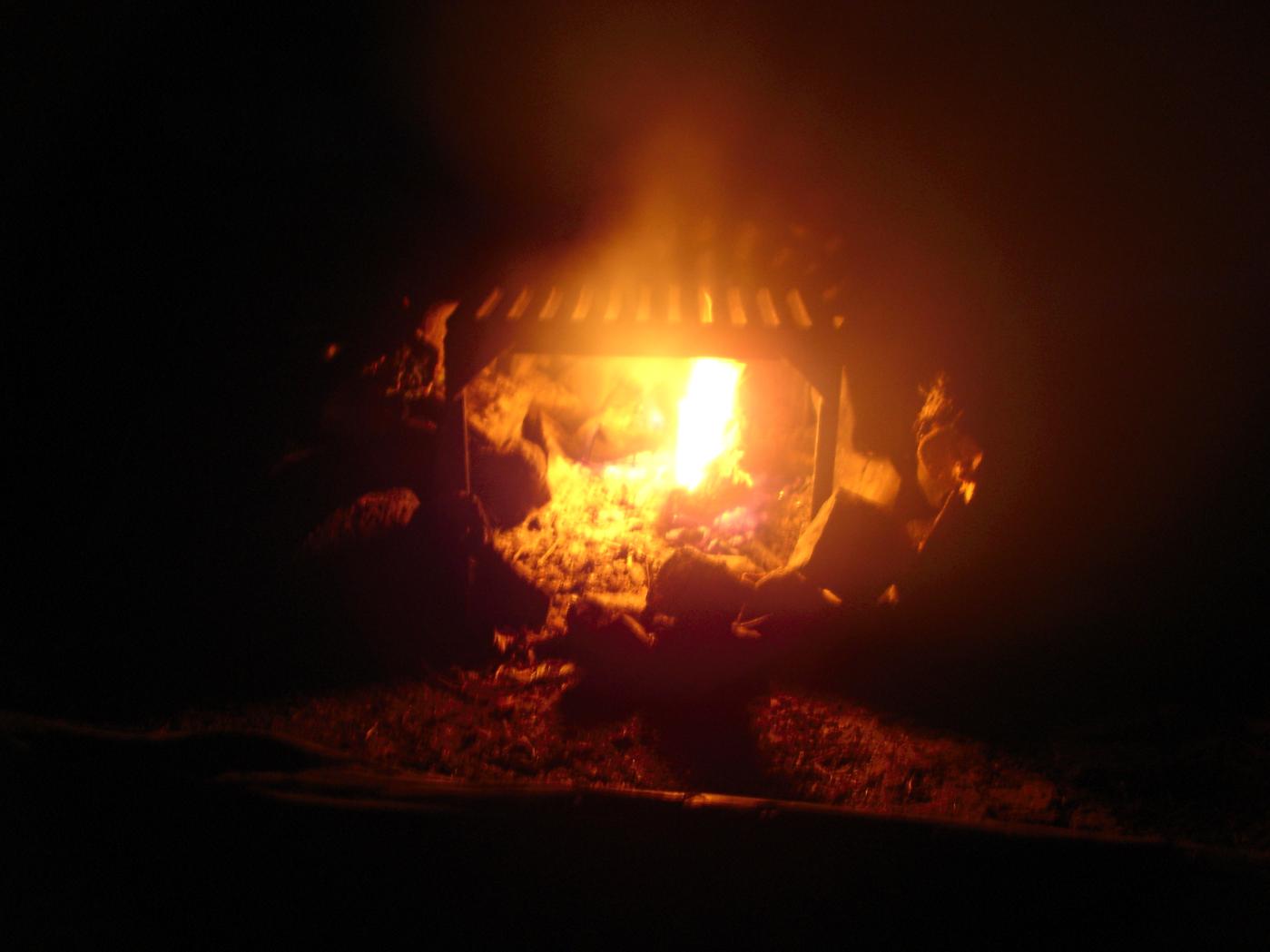 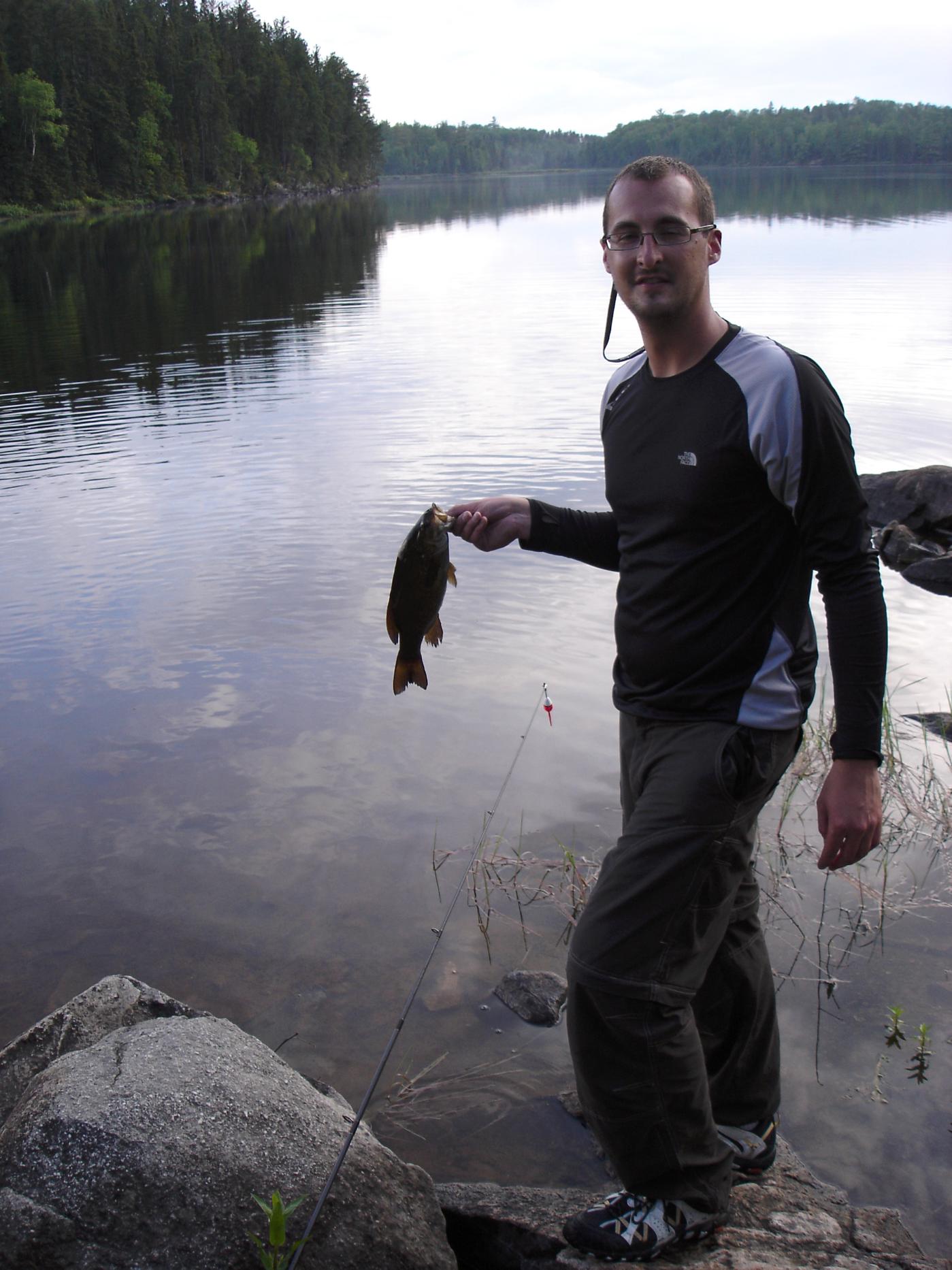 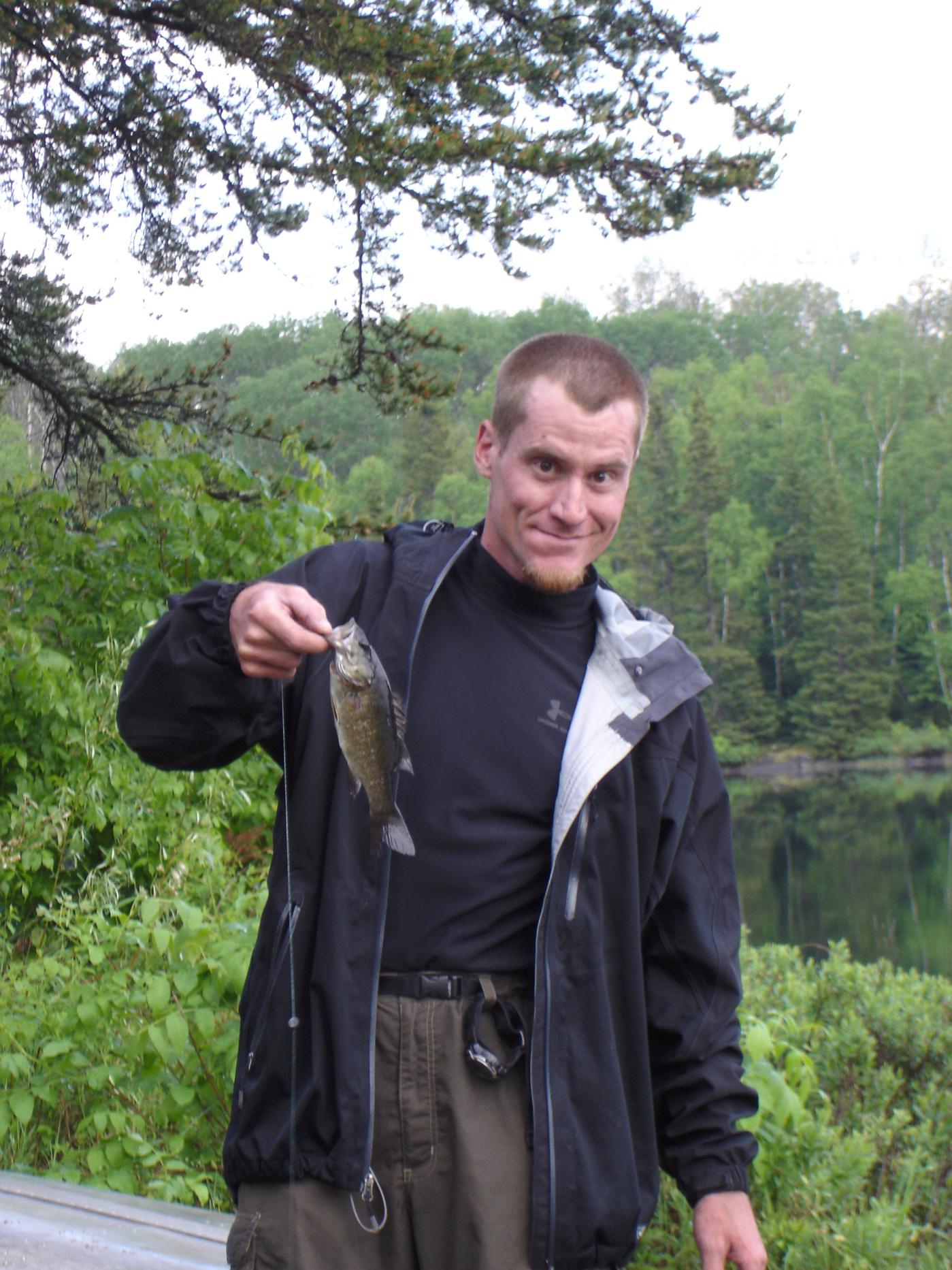