Family at Elbow Lake
by motherteresa8

Trip Type: Paddling Canoe
Entry Date: 06/29/2009
Entry & Exit Point: Other
Number of Days: 5
Group Size: 10
Trip Introduction:
It all started with a comment from my 23 year old son, Tyler, who stated that he had worked for 4 years and had never taken a sick or vacation day. I asked him if he could take a vacation, where would he go? He said he’d always wanted to go to the Boundary Waters, and so… the story begins.
Discuss Trip: View Discussion Thread (6 messages)
Part 1 of 1
I began searching, and found the BWCA website with lots of valuable advice. We chose to try out the Timber/Frear area as we thought at the time our party would consist of 12 people and 5 canoes. For over 6 months we planned, and the day finally arrived for a trip including 10 family members, 4 canoes, and a whole lot of food! We all met in Duluth at 8:30 am, and set out with 2 heavy canoes (borrowed from friends) on a trailer rigged by my husband, Rich, to carry 4 total. We rented two more from Sawtooth Outfitters in Tofte, and got some last minute tips about campsites. The temperature was a chilly 51 degrees as we drove the next 45 minutes of winding crushed rock road. We donned our rain gear to stay dry and I silently hoped our bags would do the same for our bedding. We put into Whitefish at our planned goal of 12 o'clock. Our youngest son, age 3, sat in his spot looking into the water with excitement. For the last two weeks he had overheard skepticism from outsiders worried about his well being on a trip like this, and he feared he would be left behind. Now he was in his spot and ready to go! Our 13 year old daughter wasn't quite so eager. Her friends at school were vacationing in sunny California, and here she sat, cold, in rain gear she refused to be pictured in, accessorized with insect repellent, and about to get into a canoe that she had to not only paddle, but also CARRY across land?

Canoes loaded to balance; we headed for the first landing to portage into Elbow. The short trip was slow for one canoe, and we laughed when we found the team was in their canoe backwards. The portage was a flat 63 rods, and everyone pitched in to get it done. We got reloaded and headed in the right direction (canoeists included) for the campsite we hoped to get which was on the northwest part of the lake, high on a rock, and large enough to accommodate our party. The scouters found the spot and we were happy to be alone on the lake. The rain let up so we hustled to set up camp hoping to keep our gear dry. It amazed me how the tasks were completed in harmony. Three tents were up, canoes unloaded, firewood found, fire started, water gathered, and a hungry cold family stood before me. I was glad to have included the hot chocolate I debated to leave when I was packing in 92 degree weather back home. It took some time and patience, but eventually a meal of tuna pasta hot dish with hot chocolate was prepared, consumed, and cleaned up. Whistles and flashlights were passed out to each tent, the location of toilet paper and hand sanitizer designated, and I was feeling ready for bed. My husband, youngest son, and I cuddled together in our tent and fell asleep to the noise of a hearty card game and hoped for a warmer dawn.

The morning wasn't much warmer, but precipitation had ended, and the fire crackled while eggs, sausage, and pancakes cooked over it. One by one the smell teased the kids out of their tents with stories of who slept on a rock or a root, and the low down on the hot card game winners. We began to plan the day hoping to catch some fish, when we realized that in our haste, my husband and I had forgotten to buy our fishing license. Tyler and our oldest daughter, Caitlin, agreed to go back to Tofte to get it for us. I think they had ulterior motives of finding spirits, but we were happy they would get us our license. The rest of us hung out and canoed around the lake. Even though it was cold, little Braden refused to stay out of the lake. The girls found leeches and began catching them to fish with. It was great fun, but did spoil their thoughts of swimming. I felt a sense of peace fill the air as the kids began to assimilate to the rhythm and surprise of nature. The sight, sound, and smell of living things captivated our attention. Little Braden watched Dad cut firewood and told him he "forgot to turn his saw on". Jarred noticed how funny it felt to be missing his wallet and cell phone. We were in a different world with a different set of values.

Tyler and Caitlin returned, we had supper, and went out to fish. Northern Pike were biting as the sun set over the lake. We heard loons cry and the splash of fish surfacing. The air smelled of campfire and fresh pine. The sky was tinted red with the sunset, and the moon lit our way back to camp. You could see your breath in the dusk as we hung our food packs in the tree. The cards came out to decide who the master euchre player was, and the rest of us retired to our tents. It had been a strangely unhurried day and no one knew or cared what time it was.

Day three we fished some more, but the wind made it difficult to stay in one place for long. A group portaged into Timber/Frear lakes, and came back satisfied that our present campsite was best, and it would be better to stay put. Other campers were sited and we were no longer alone on the lake. Occasionally, a small motorized boat would troll by. The kids quickly swam to get cleaned up still feeling too cold to enjoy the water.

While the campsite was quiet, Jarred was making his acquaintance with the latrine when he was startled by a grunting noise. He looked up to see the backside of a moose lumbering through the dense woods less than 100 feet away. Caitlin testified that the look on his face, as he ran back to camp, was definitely inspired by fear. We checked out the place he pointed to, and there was a bedlike area 50 ft in or so where grass was matted down. I think some of us believed him.

Rich and I went out fishing as the water was calm and beautiful. We threw on some Hula Poppers, and had hit after hit of Northern Pike and bass. We pulled in a few, but let them go to grow a bit bigger. Then, it was like a switch turned off, and nothing would hit. Mayflies were all over the surface of the water, and you could see the big fish surface and feed, rolling back into the water. It was the coolest thing ever to see! We returned to camp smelling Chicken Jambalaya over the fire. The kids were happy to see us, and it felt strange to greet them knowing we had nothing else to do but to enjoy their company. Braden told us he "tried and tried to catch a fish, but he just didn't!" He stood for hours on a rock on shore, casting and reeling in his chartreuse jig. He loved every minute of this trip and never complained about anything except being hungry when he was caught picking out the chocolate pieces from the trail mix. I kept thinking what a change of pace it was for everyone. Keith, our oldest son, is an accountant, and admitted to feeling out of his comfort zone away from the city and his screens. Still, he was happy that he and his wife came along even if he couldn't beat his little brother in Euchre.

Day 4 brought sunshine and lots of fun in the water. Canoe races and water frolic were a source of the best entertainment I've seen. The rock side of our campsite released the heat we had been longing to feel, and we soaked it all in at our leisure. Our water purifier began to get bogged down, so the boys and I went out to the lake to filter some into the water container for the last day. I felt glad to have a back up filter, and had an appreciation for water that I hadn't felt before. On the way back, we steadied the canoe for Braden to get out, but he lost his footing and fell into the lake. I jumped in to grab him by his life jacket, and I fell in myself! It was the first time the whole trip he was sad or scared. This resolved quickly with some dry clothes and a warm meal of hamburger gravy over mashed potatoes. For our last night, we pulled the campfire out on the rocks, and shared our appreciation for the beauty of the land. That night I wore my swim suit bottoms to bed as my last dry pair of pants was wet from the earlier accident in the lake. In the middle of the night, I awoke to a loud noise of something heavy scraping against rocks. I couldn't figure it out, and thought maybe the kids forgot to hang the food bags and a bear was into it. I tried to awaken my husband to no availed, and decided to brave the situation with my flashlight and whistle. The darkness was three dimensional. The light illuminated a small path before me, but unknown darkness draped around behind me. Keith was also awakened by this great noise and encouraged me from his tent. I lurked forward to see the food packs hung undisturbed, and saw the canoes safely anchored against the rock wall. All appeared to be well when I looked up to see the most beautiful stars I had ever seen in my whole life. I stood there shaking from fear and the cold in my swimsuit bottoms, gazing at a gift that will inspire me for years. I still do not know the source of the "mystery sound", but I am thankful for its disturbance.

Day 5, we had blueberry pancakes and oatmeal, broke camp, and left the stone walled campsite by 10 am. The portages went smooth, and the sun bid us farewell. By noon we were on the road home, tired and content. We stopped at the Two Harbors Dairy Queen for a quick bite to eat. Looking at the table, we noticed there was more garbage produced with this one meal than there was for the 15 meals we had in the camp. I don't think we would have noticed that before. Anyway, we said our goodbyes, and traveled back to our homes thinking about running water and flushing toilets. Cell phones were turned on and texting took place. Before long the phones were ringing, the radio was on, and the peace disappeared quicker than Caitlin running out of the lake thinking a leech was attached to her foot. The dirty clothes aren’t washed up from this last trip but I can't wait for the next to the BW. I don't know if the whole family will be with again, but I know my 12 year old told me this trip was "Way better than a trip to California". 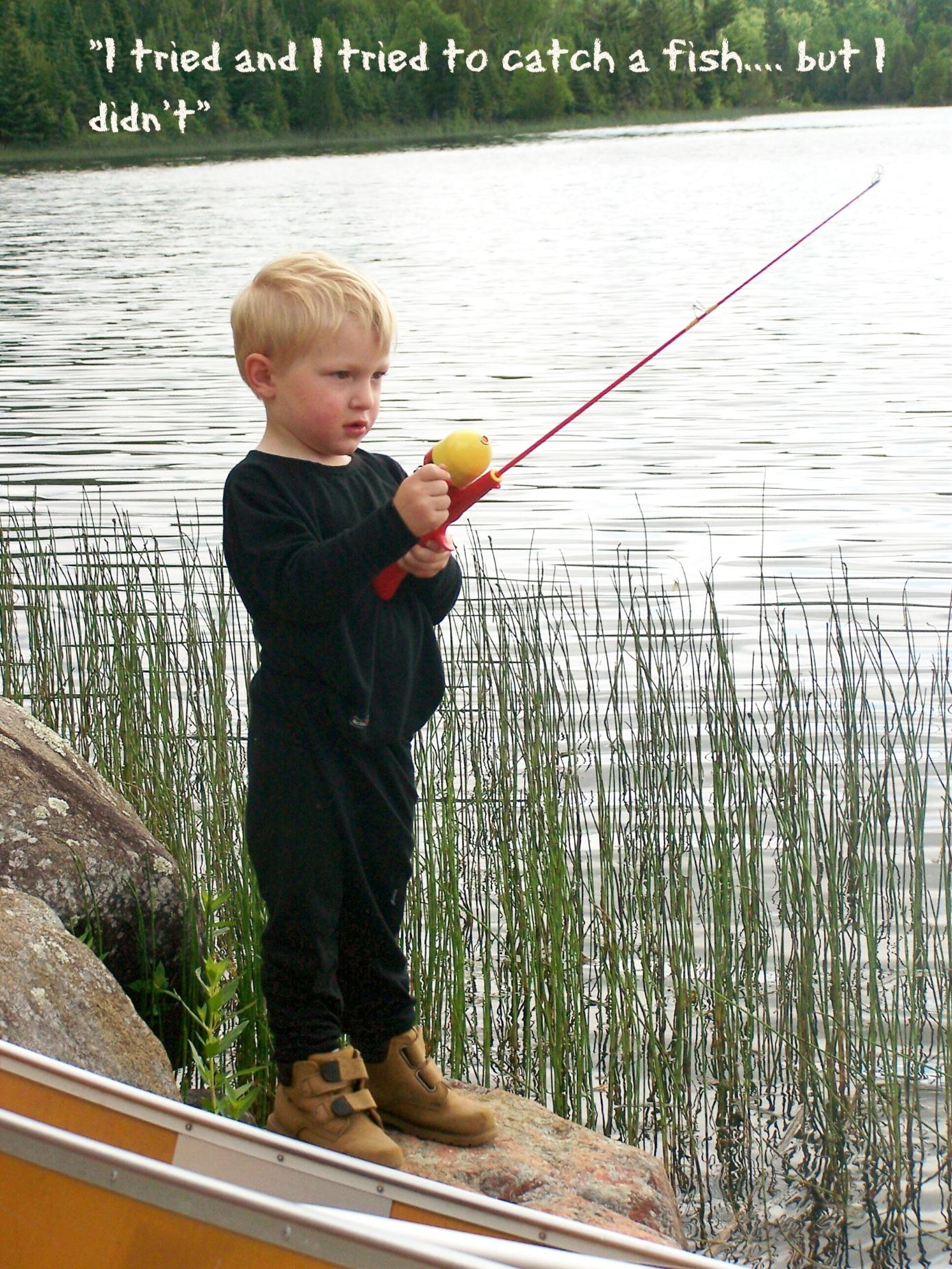 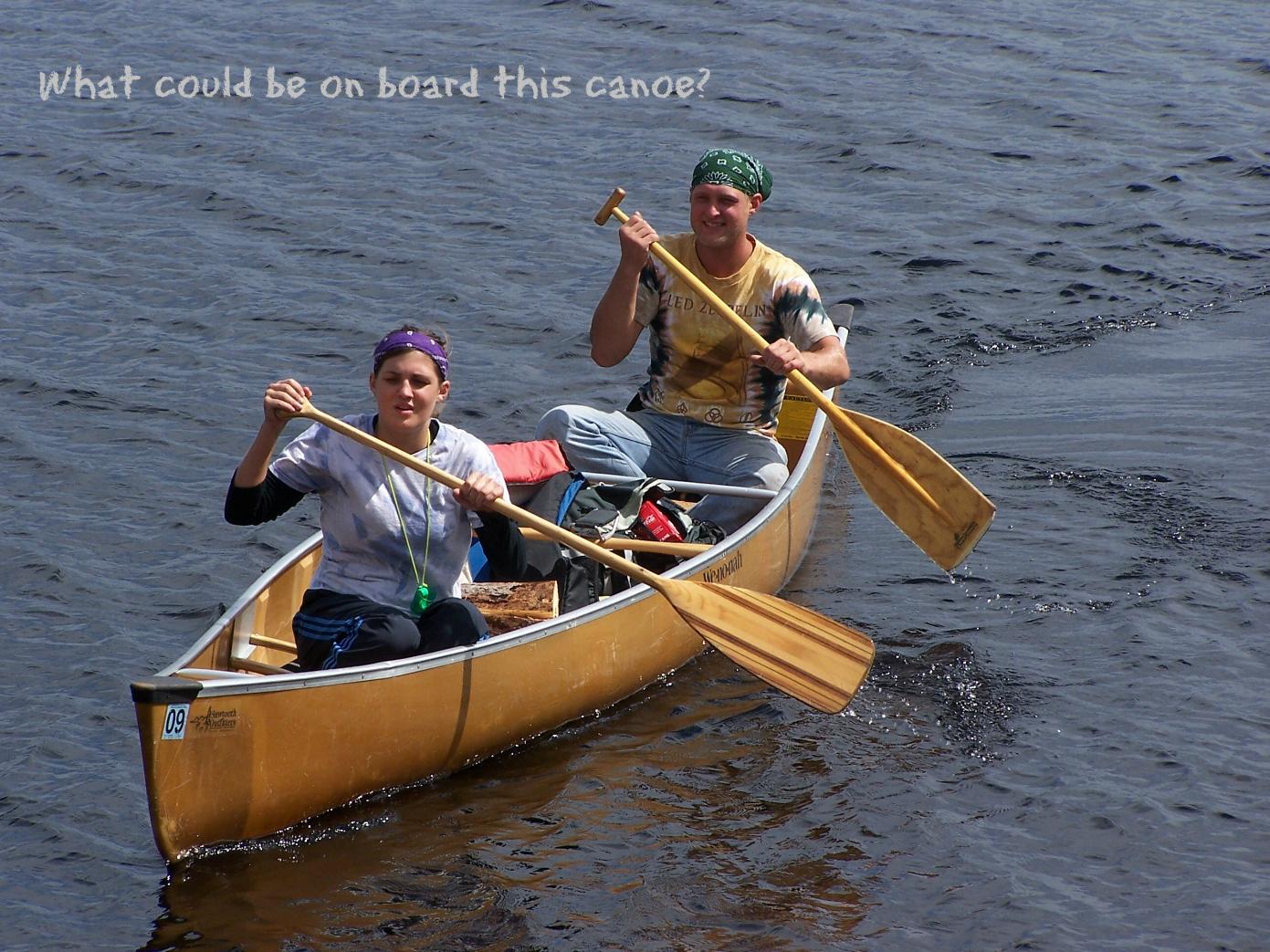 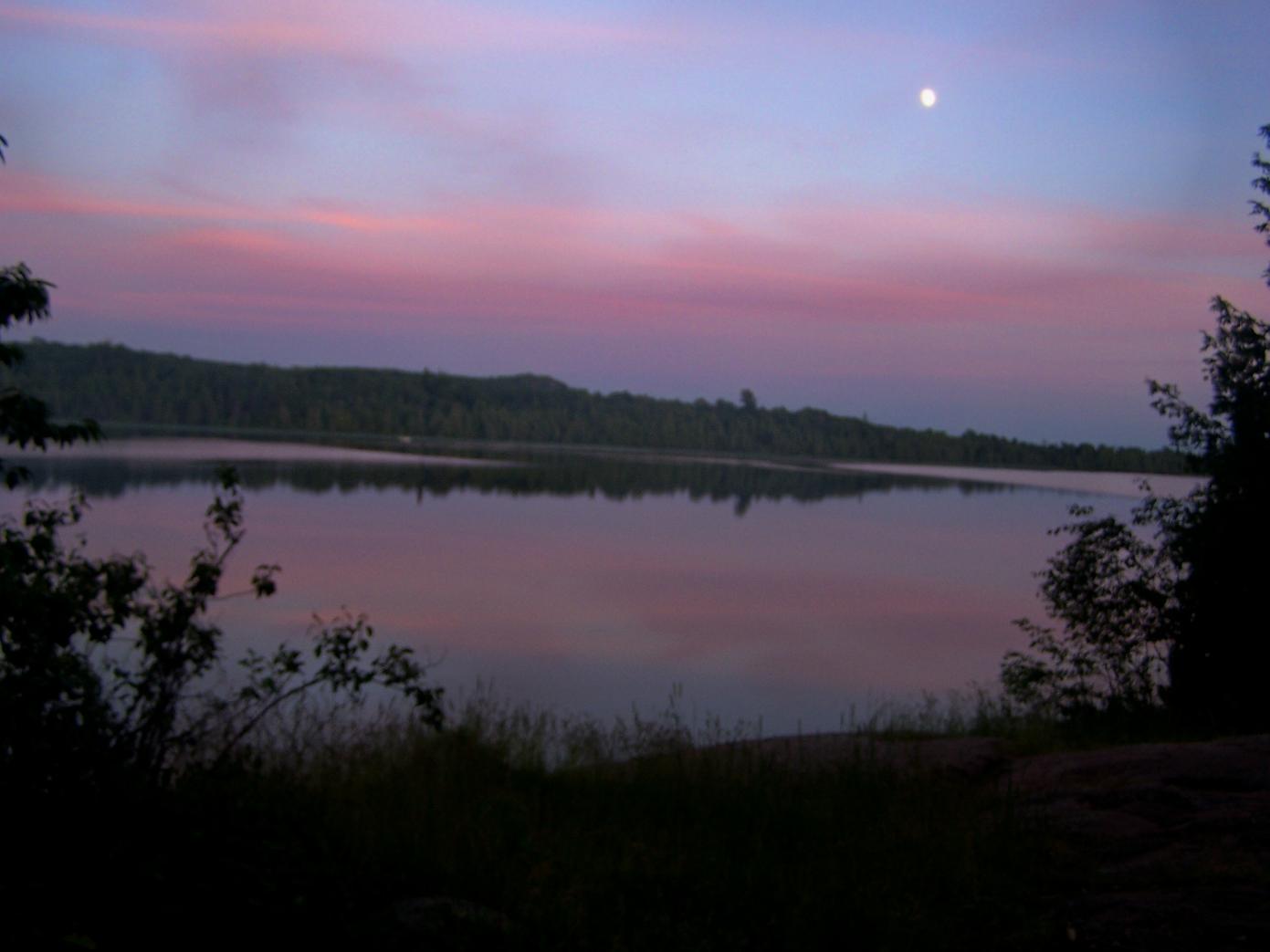 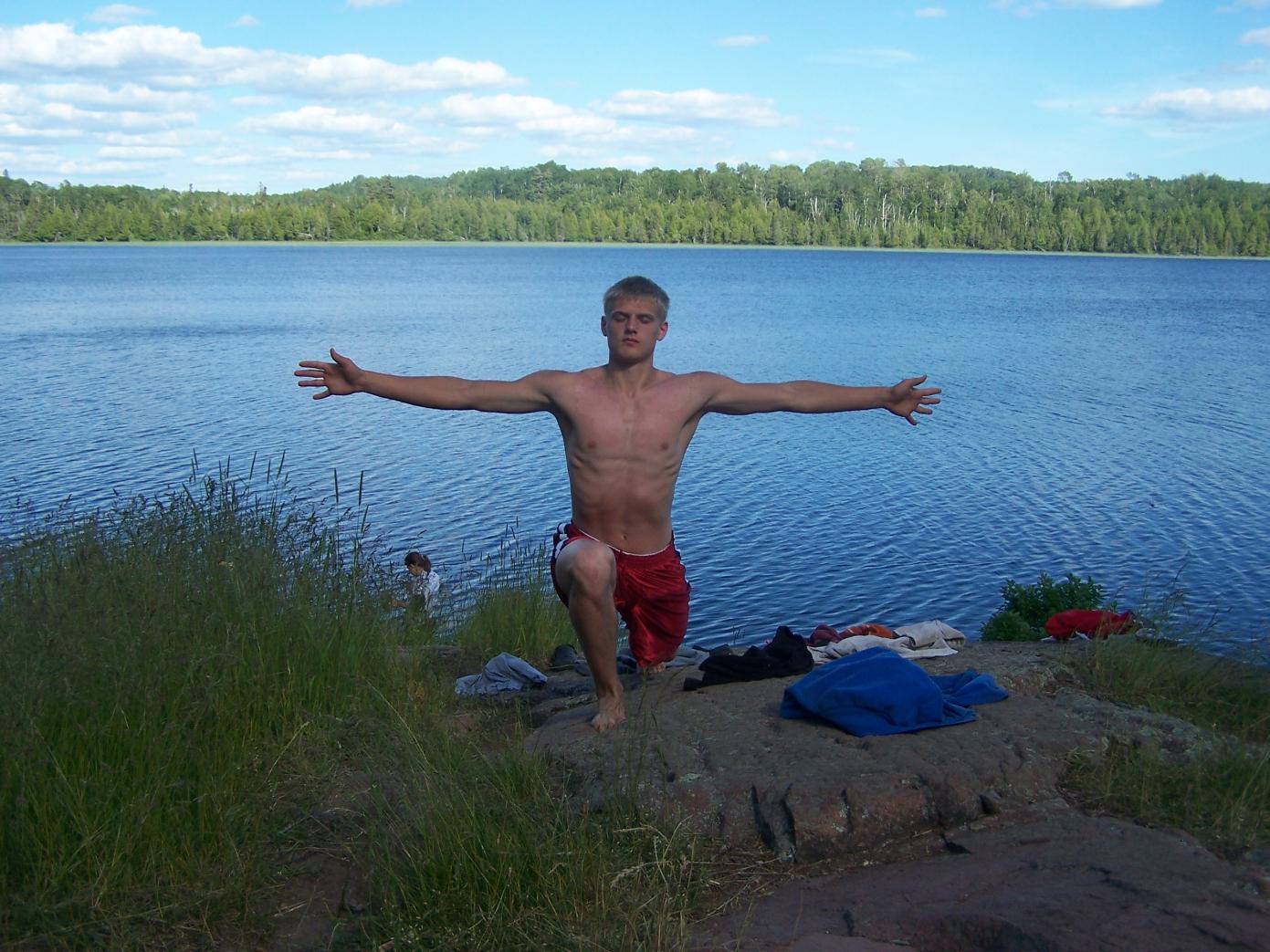 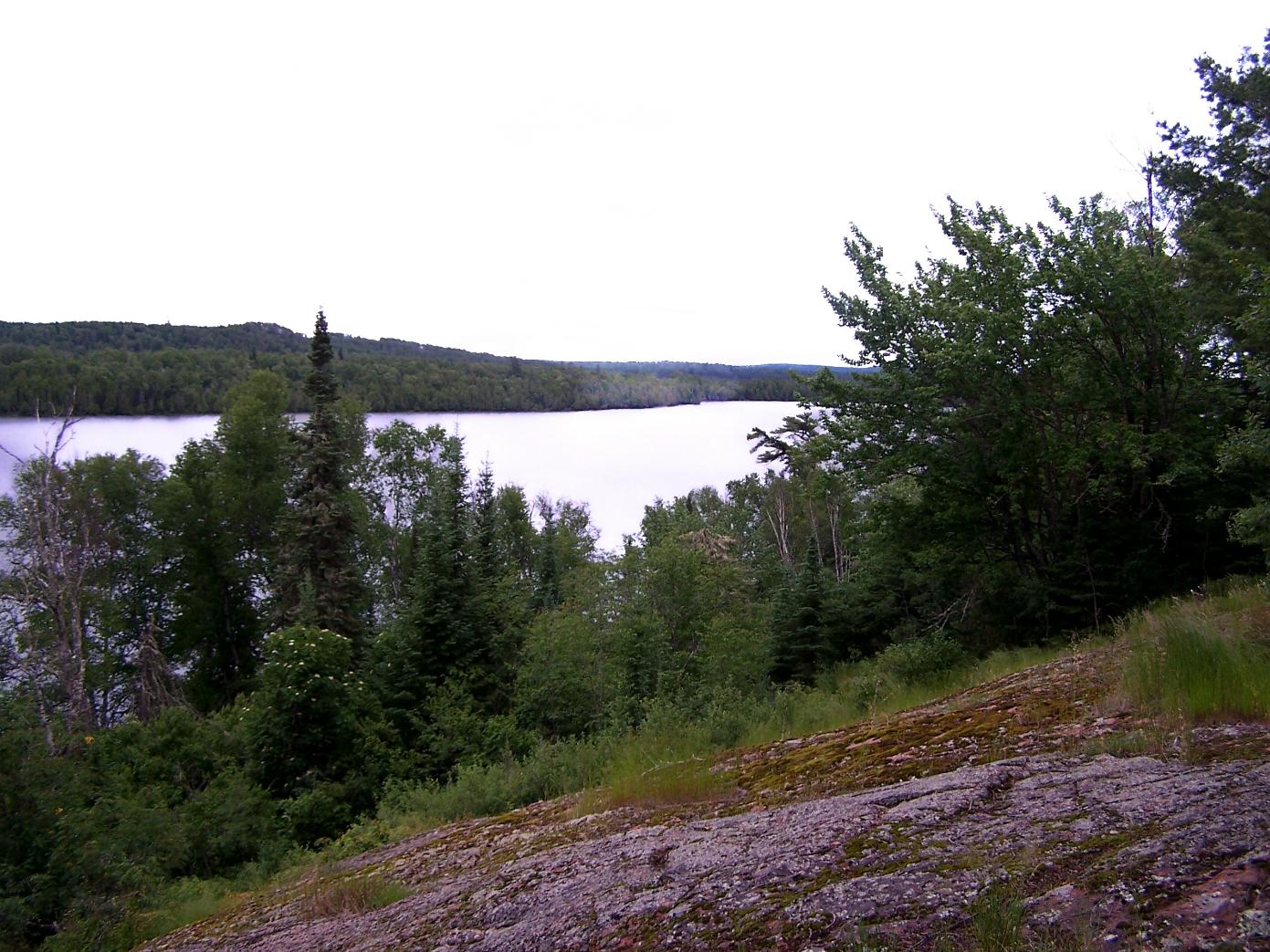 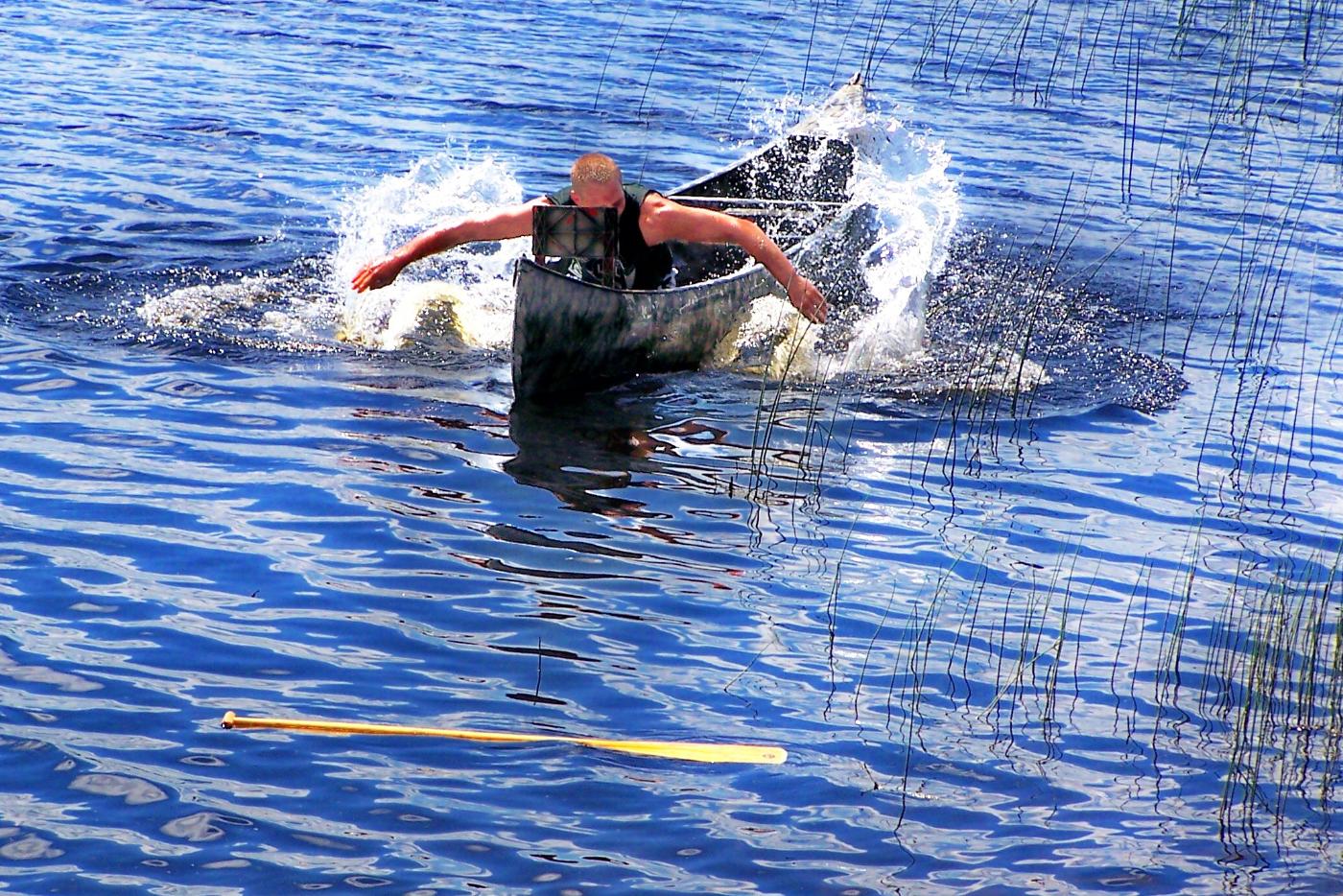 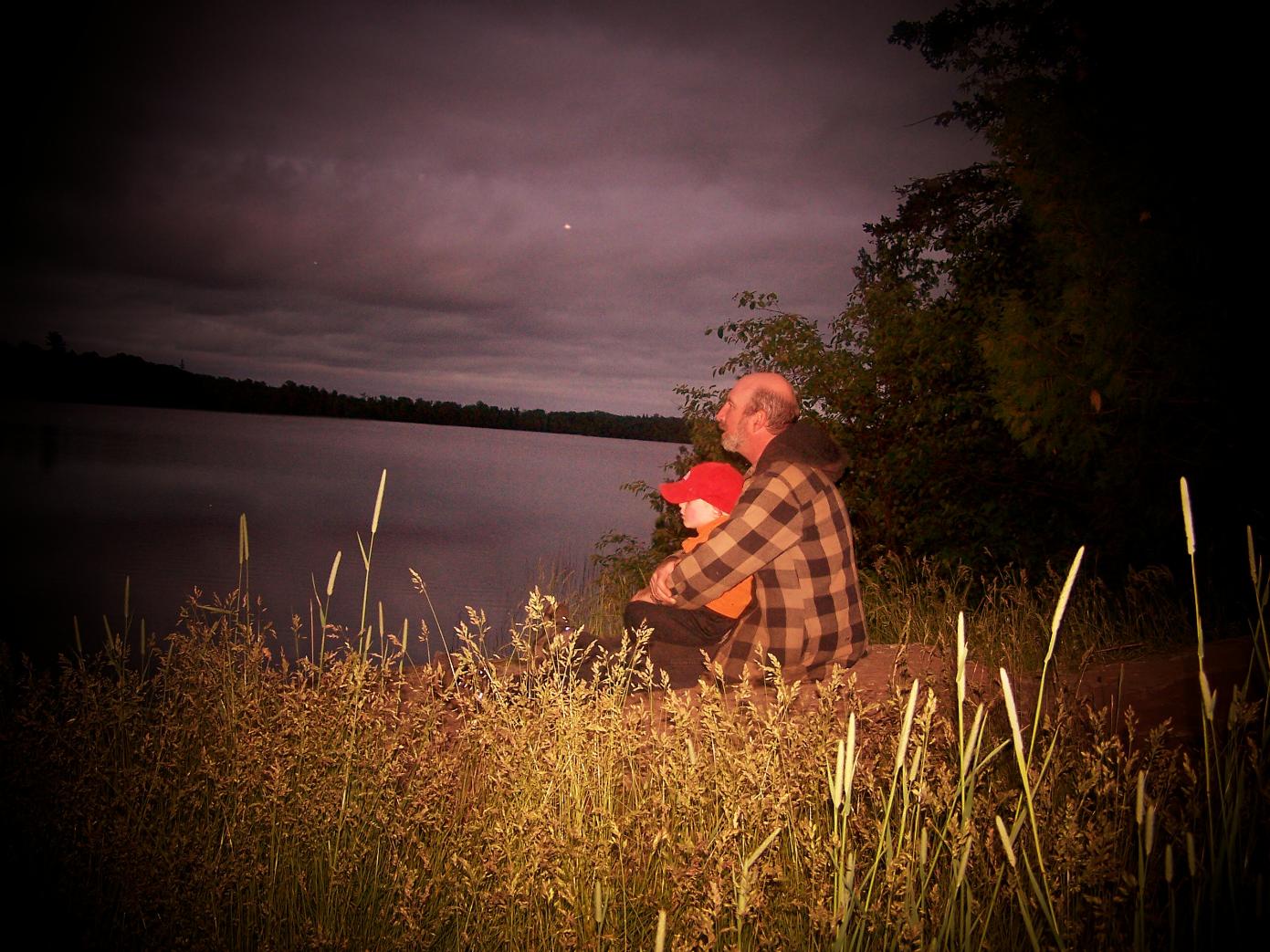 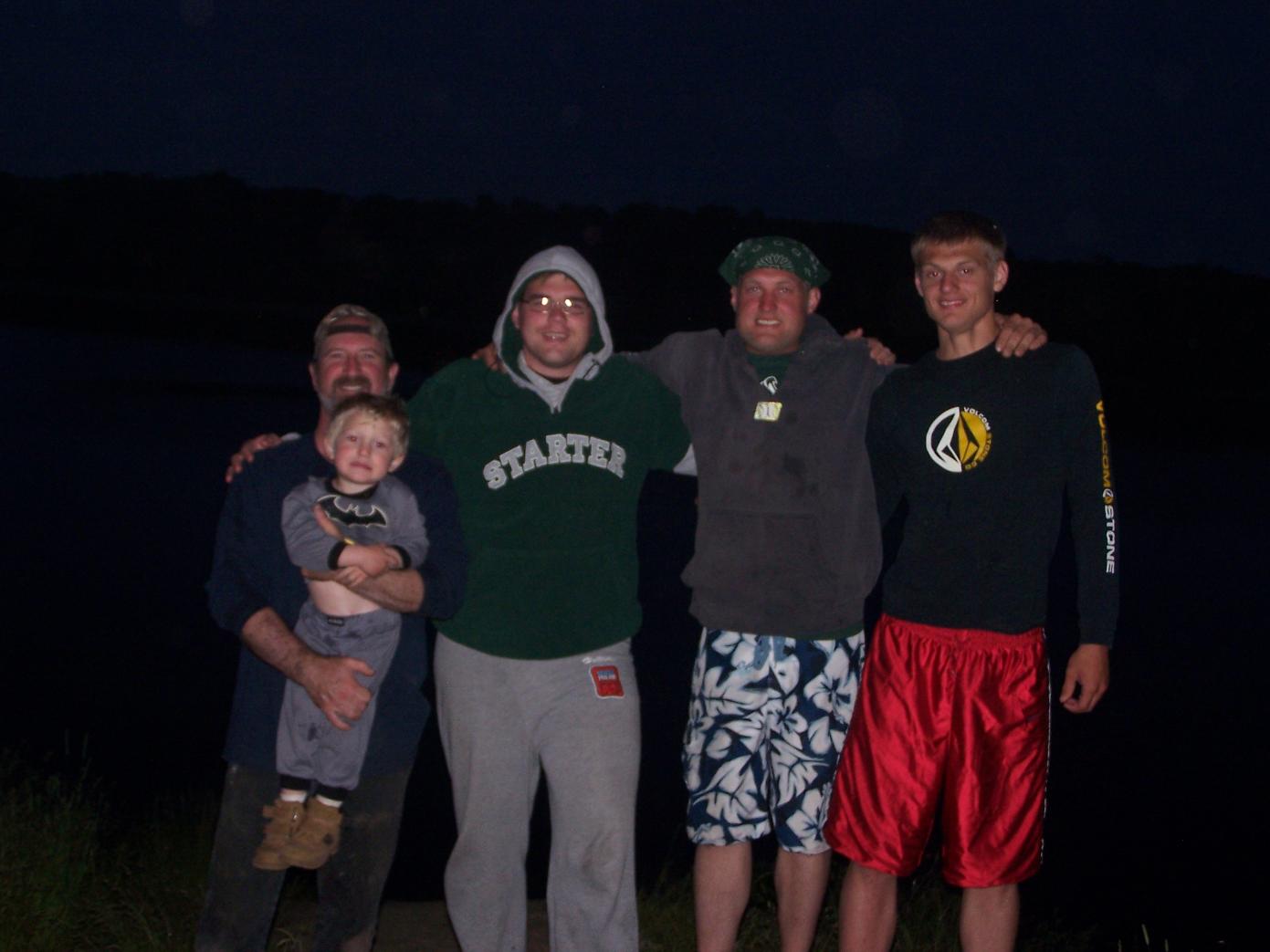 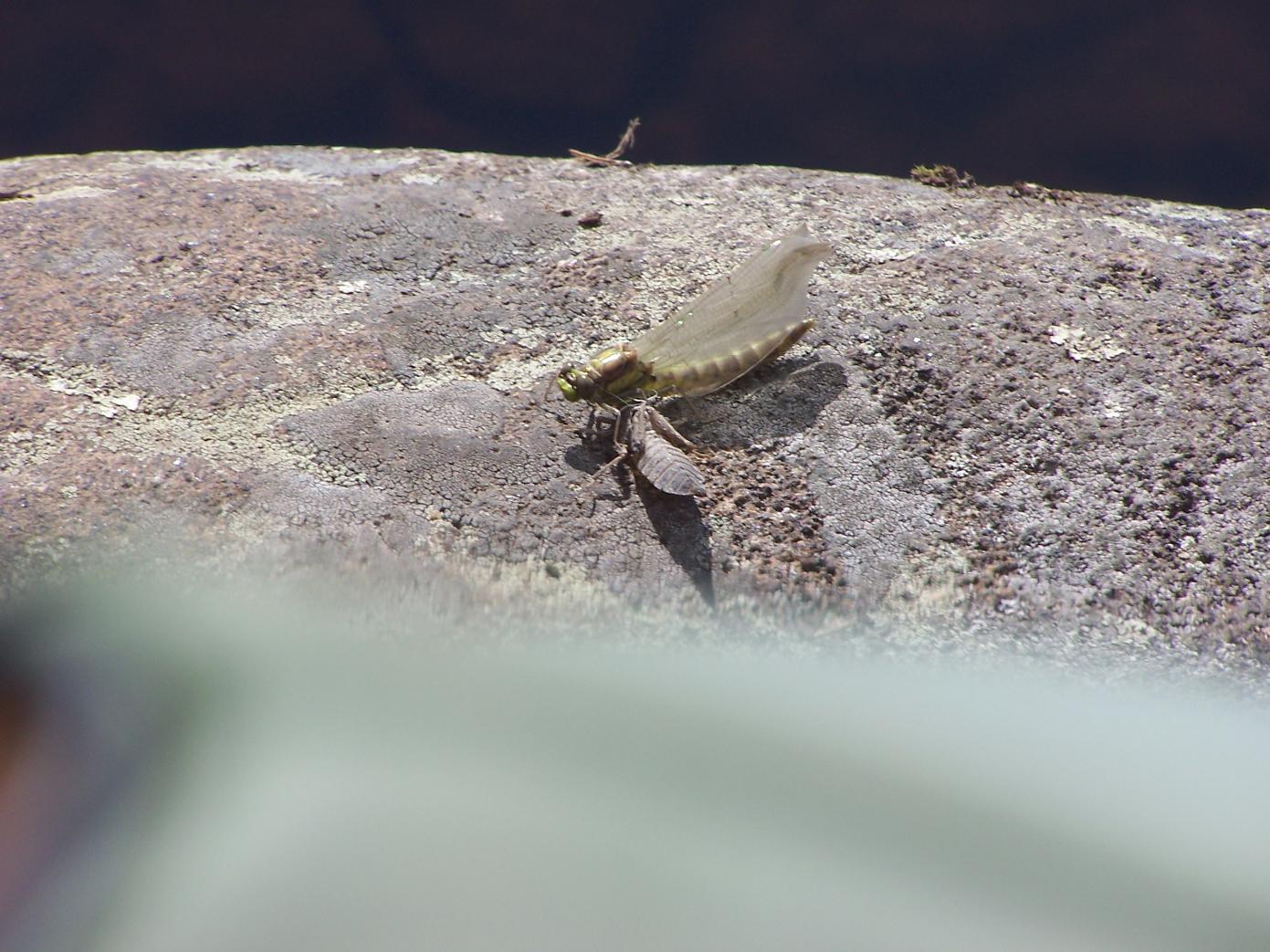 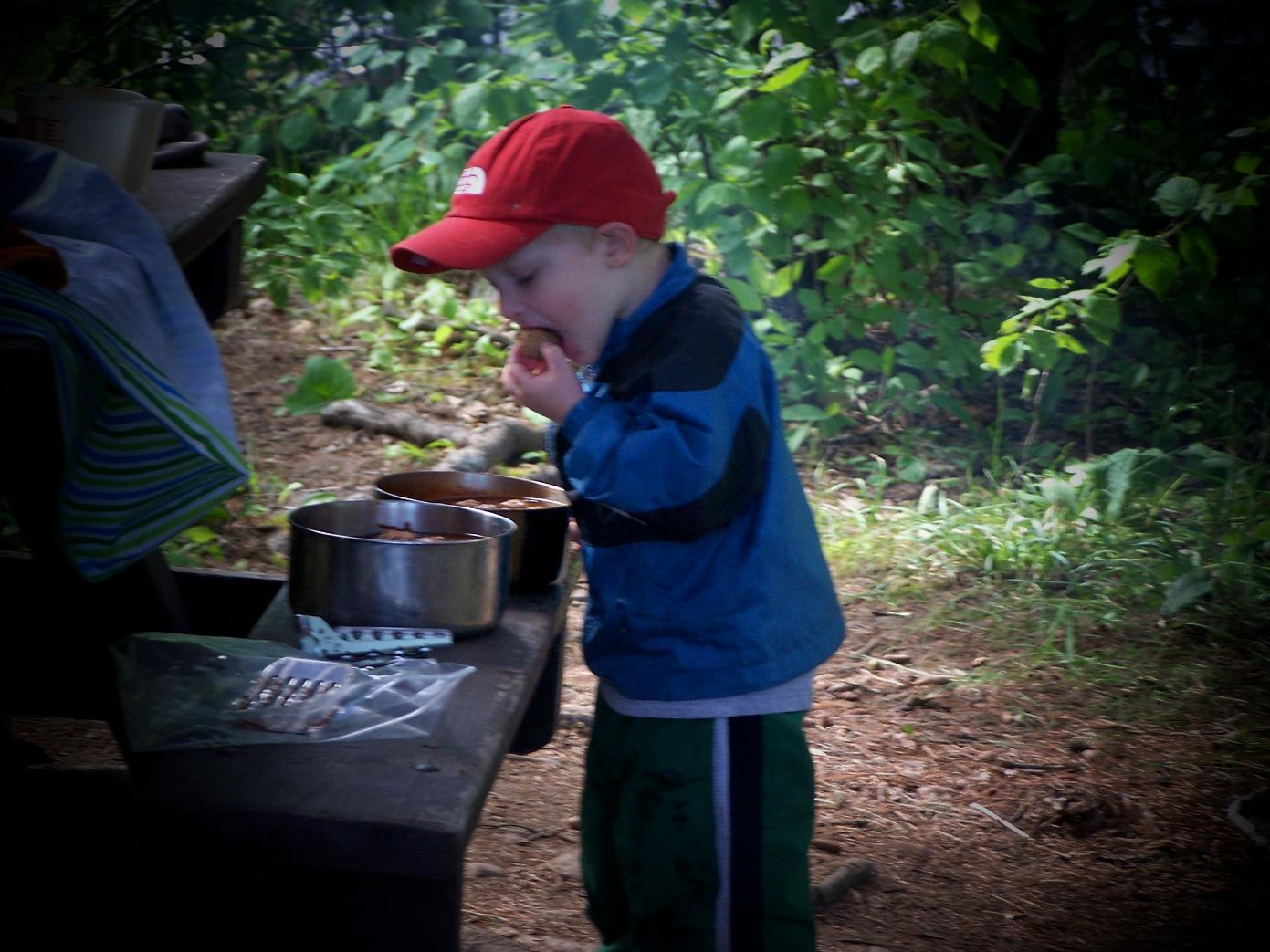 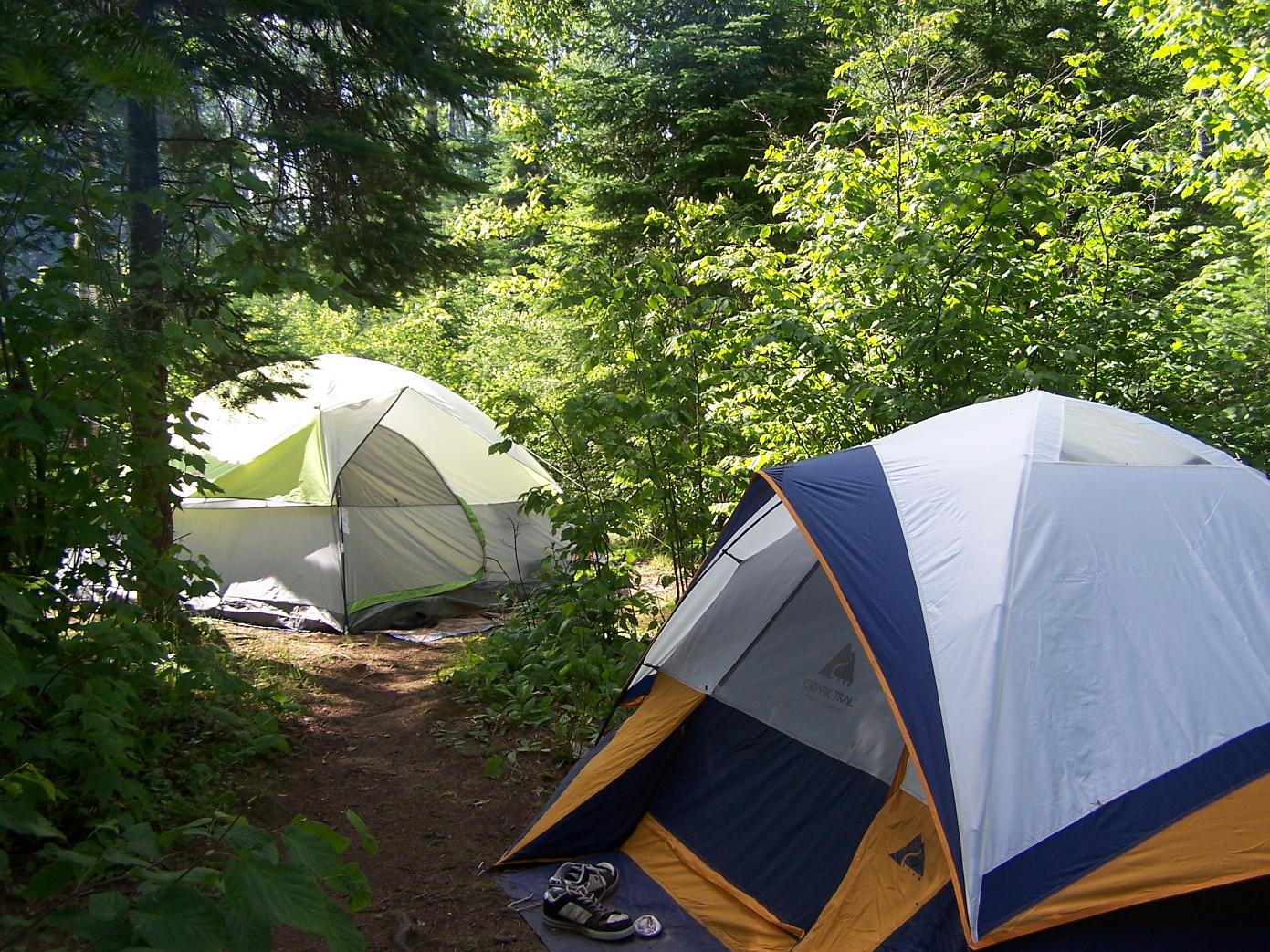 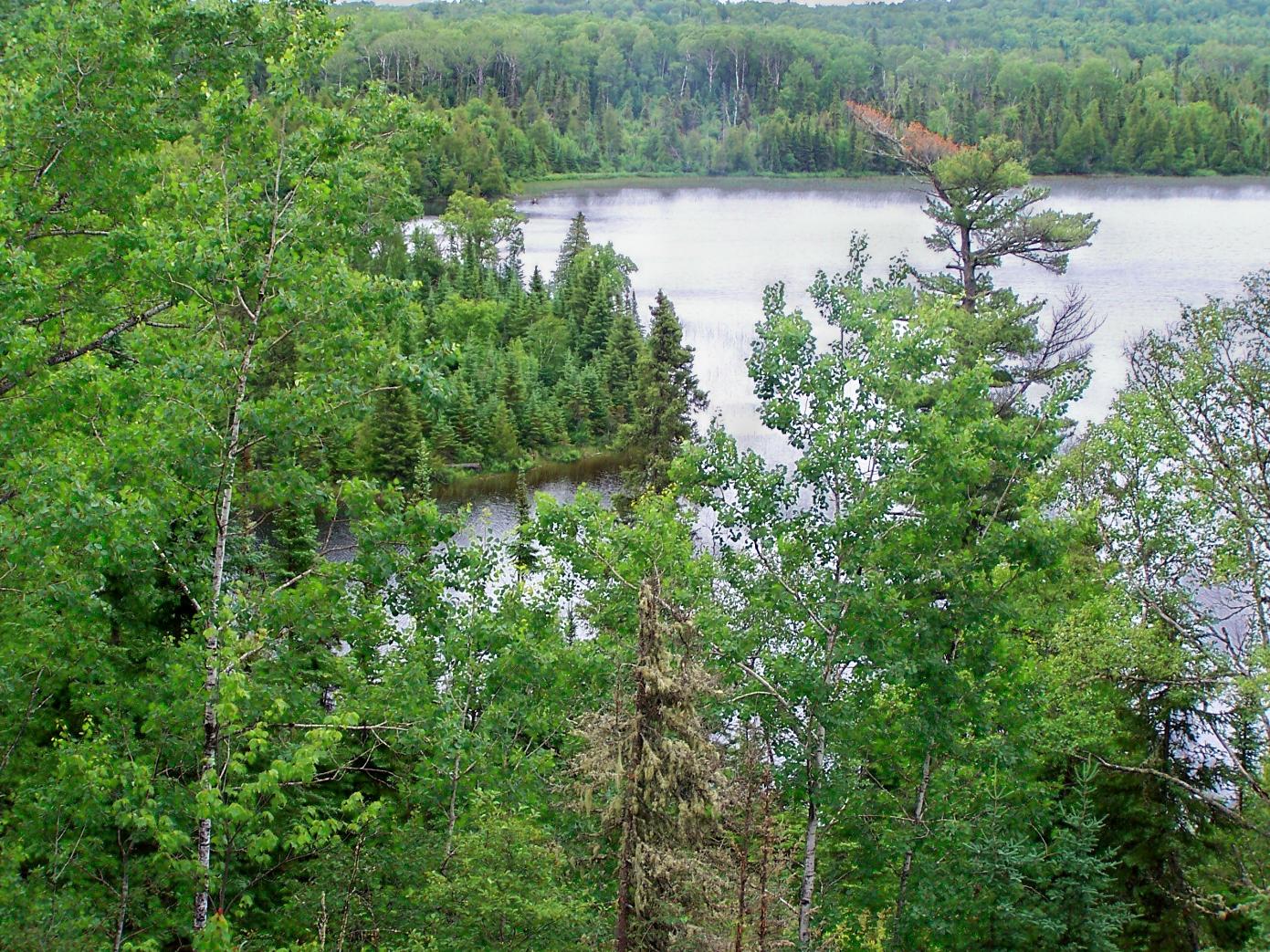 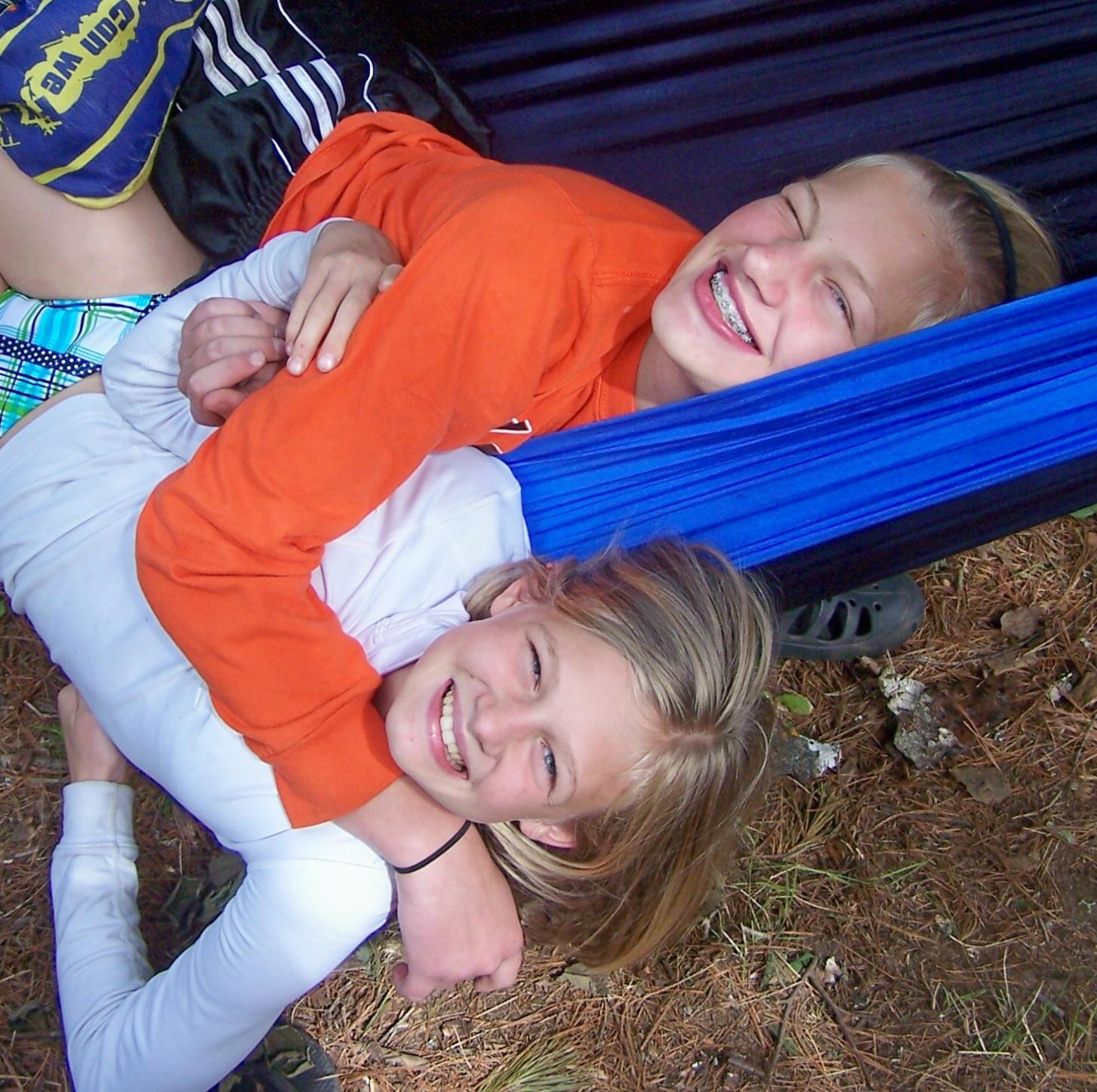 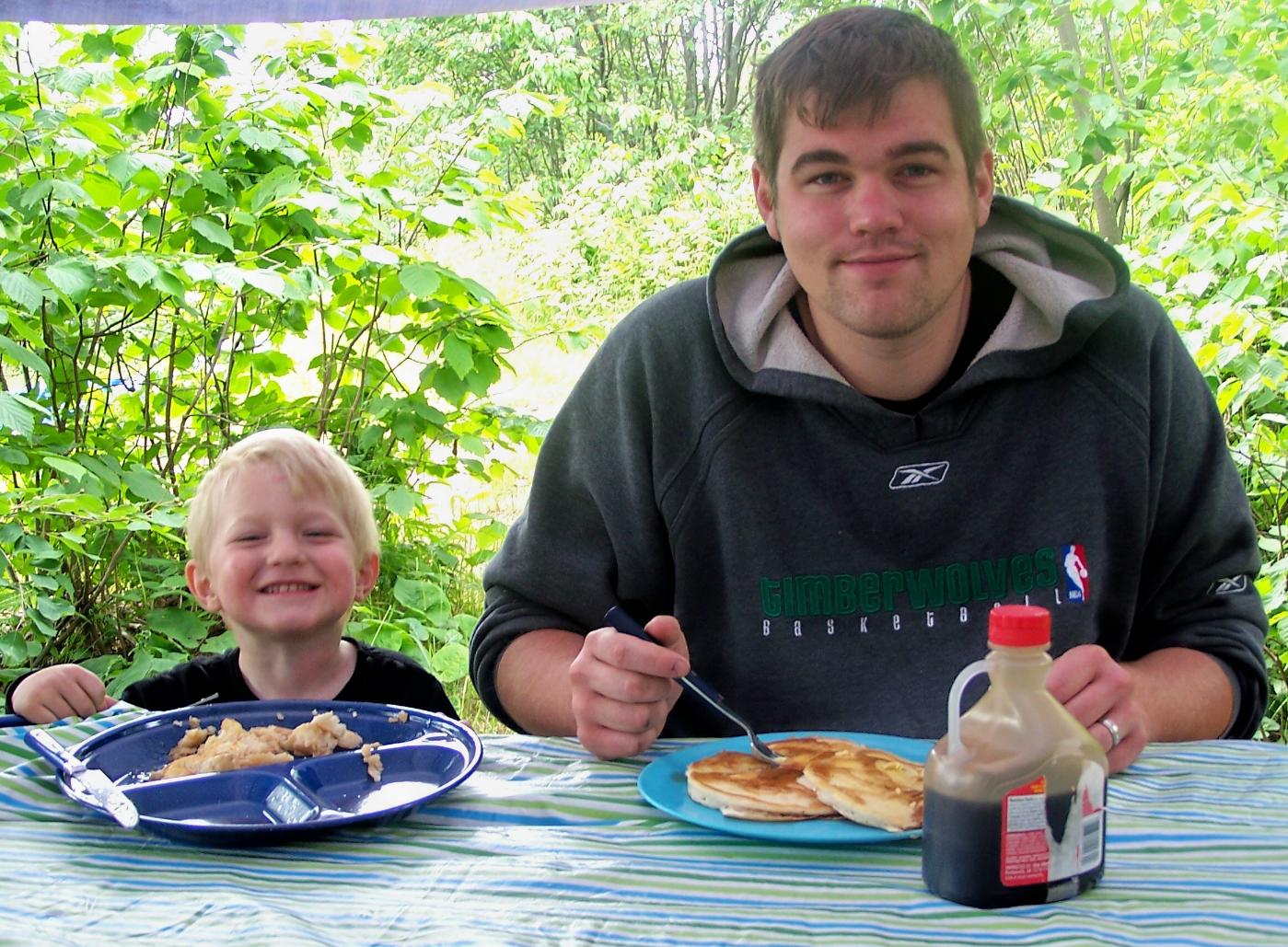 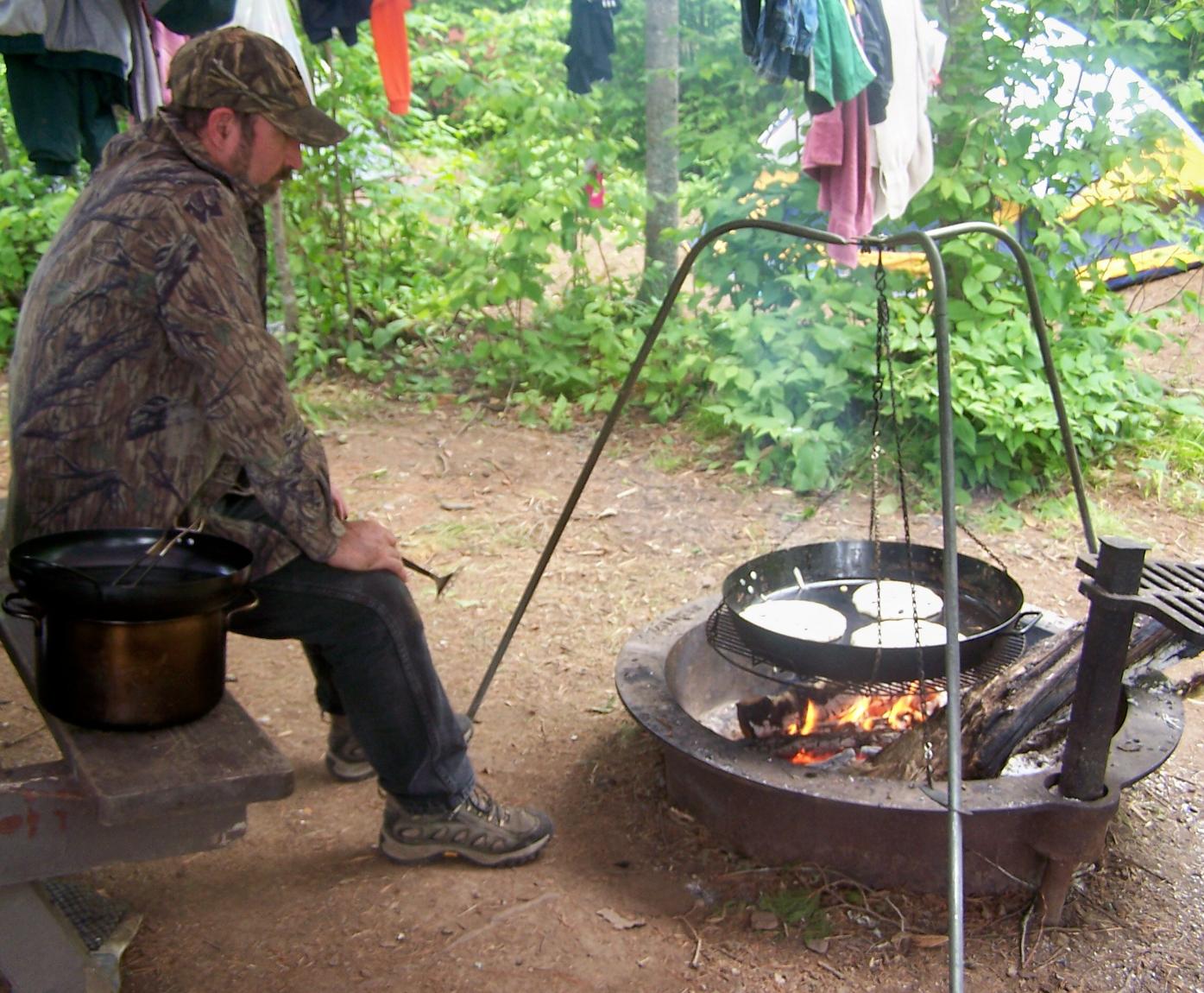 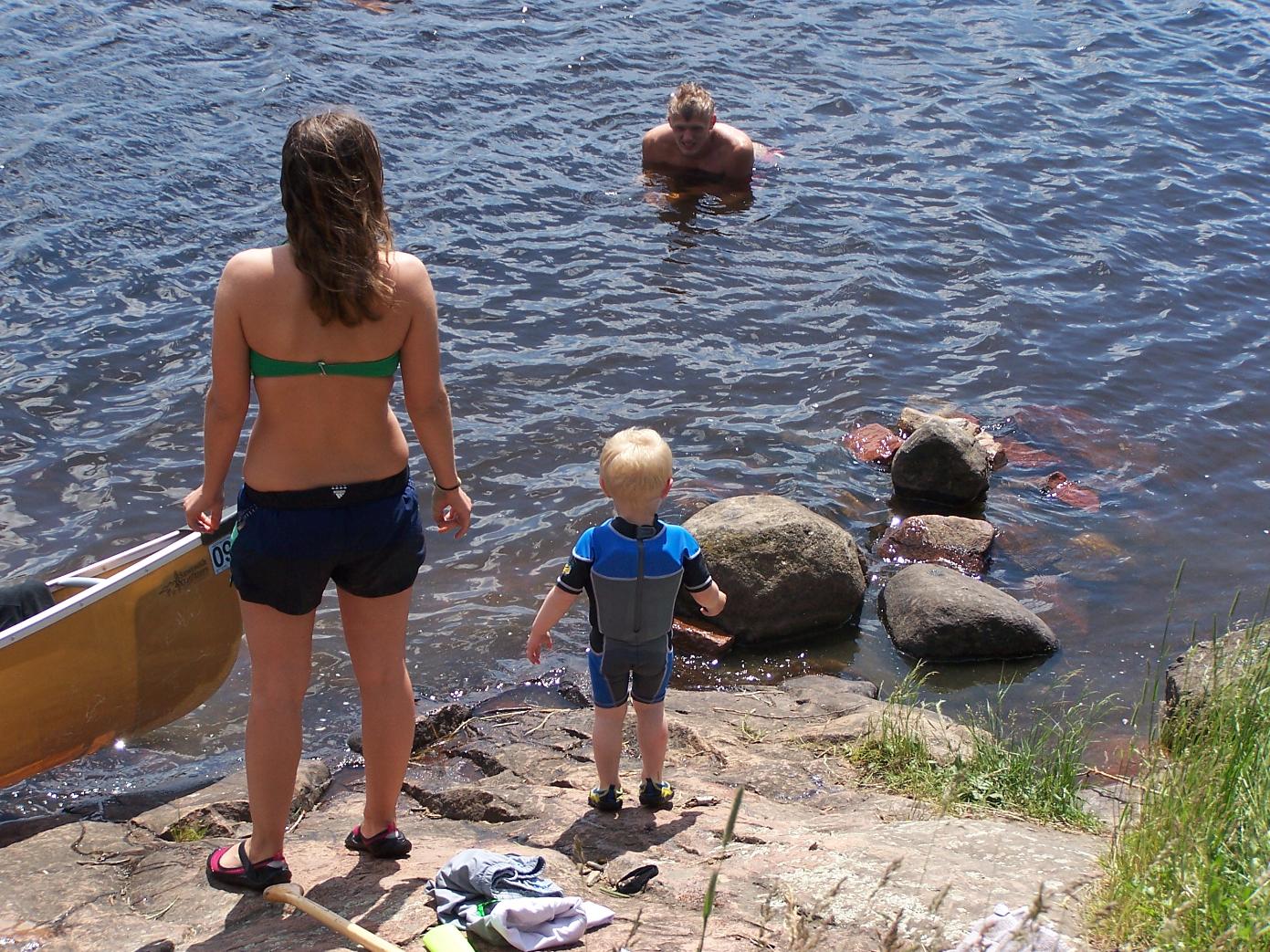 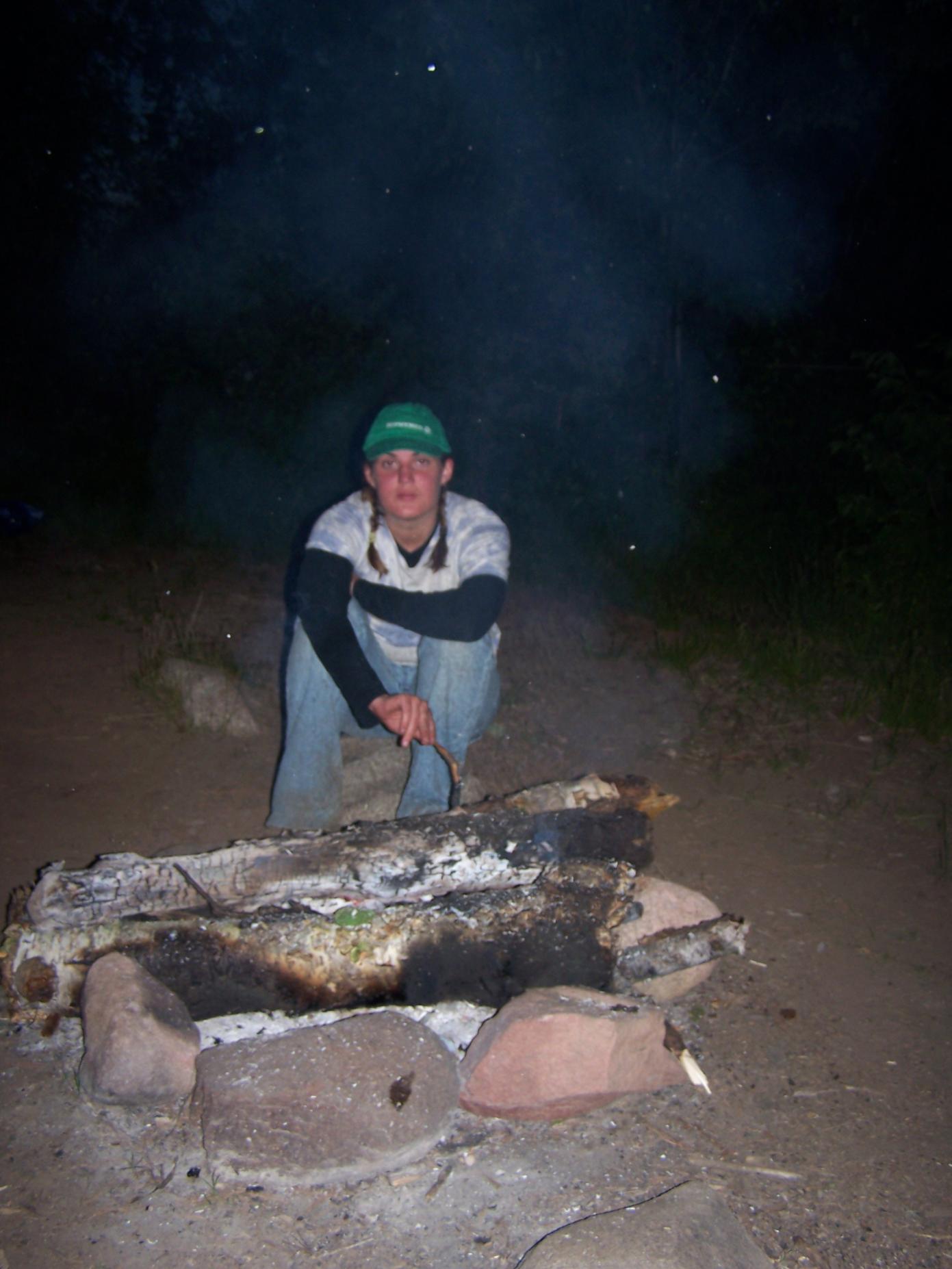 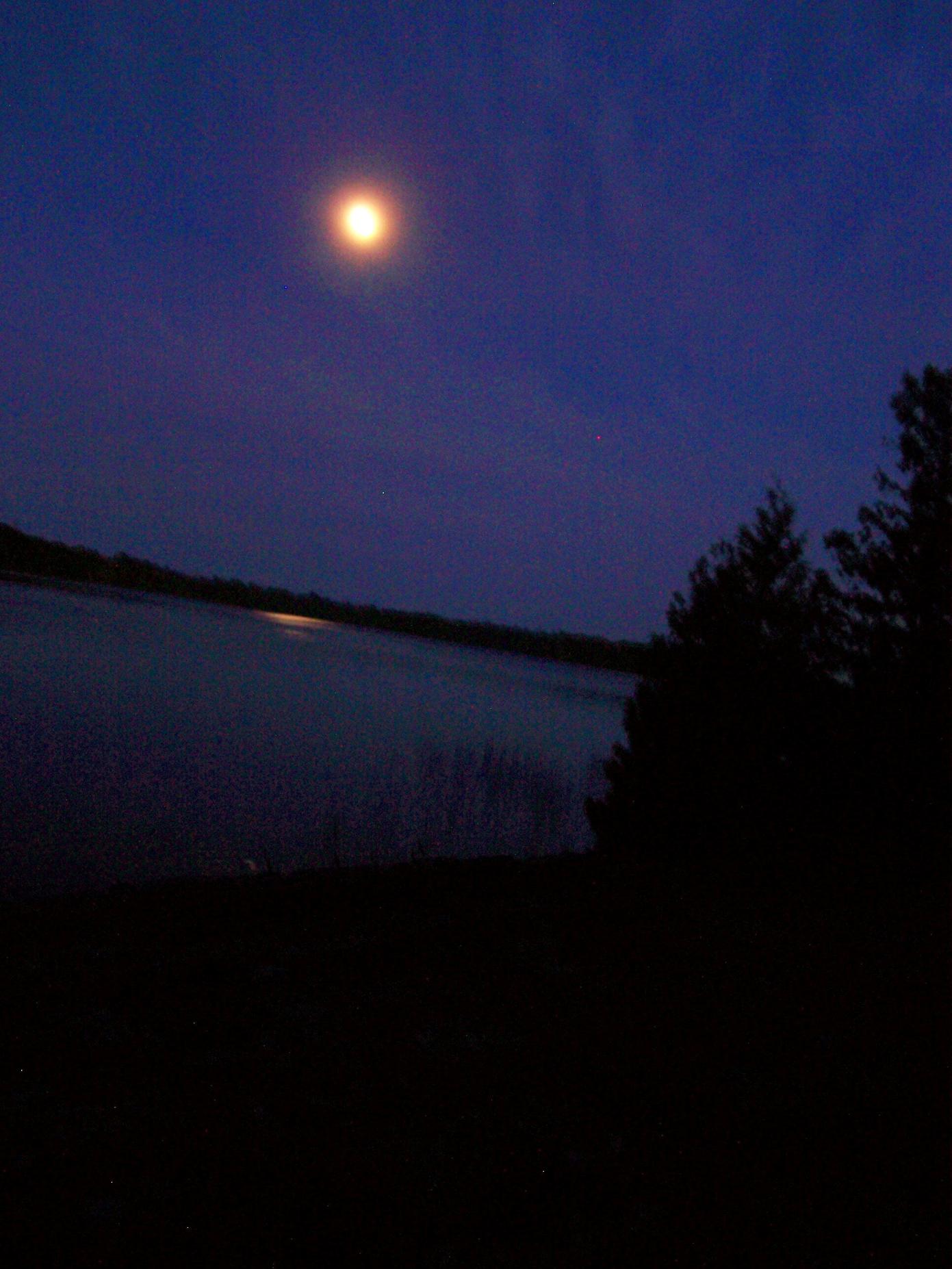