Jim arrived at my house at 8:30 am. We loaded my Sawyer Autumn Mist (solo canoe), packed up my stuff, and were on the road by 9:00am. Jim had his Bell Magic. This was a two solos trip. The day was overcast and about 50 degrees – good driving weather.

We made Eau Claire by 10:30 and were to our regular stop at Veterans’ Rest Area just outside of Spooner on mile marker 162 at 11:45am. We saw a lone wolf along side the road about 10 minutes north of Trego. Very cool! At 1:00 pm we were eating lunch at Subway in Superior.

We hit a detour going across the bridge that took us through some nice neighborhoods in Duluth. Somehow we lost the detour route so just worked our way downhill until we reconnected with highway 61. We reached the Tofte Ranger Station at 3:30, watched the video, and picked up our permit. After a quick stop in Grand Marais to top off the gas tank and grab a pop, we drove up the Gunflint Trail.

We made it to Flour Lake campground by 5:00 pm. -- pretty good time – eight hours including rest stop, gas stops, a detour, lunch, and picking up the permit. We selected site #20, which we found out later was the most popular site at the campground. It is a very nice campground with many of the sites having a path leading to the lake. Ours was one. This would be a great campground for a vacation if you didn’t want the rigors of the BWCA. Flour Lake looked like a nice lake to fish and explore.

We were completely set up, having a beer (Spotted Cow), and cooking supper by 6:00 pm. Supper was steak, potatoes, green Jello with pineapple (our salad), and rhubarb cake.

Jim met Tom, the campground host, and invited him to our site. He knew the area pretty well so we pulled out our maps and discussed our plans. Tom suggested that we use the lesser-used Portage Lake Entry rather than Skipper Lake (either can be used with the same permit). Instead of putting in at Poplar Lake we would put-in at Iron Lake. Jim and I agreed that would be our plan for the morning.

Mosquitoes came out for a few minutes but they disappeared when it cooled down. We had a very small campfire for a very short time. Looking back on it, it was the only fire we had the entire trip.

Animals that I recorded for the day: wolf, woodchuck, snowshoe hare, chipmunk, and red (pine) squirrel.

The Sawbill Outfitter’s website said that the high temperature for the day was 52 and the low 39. 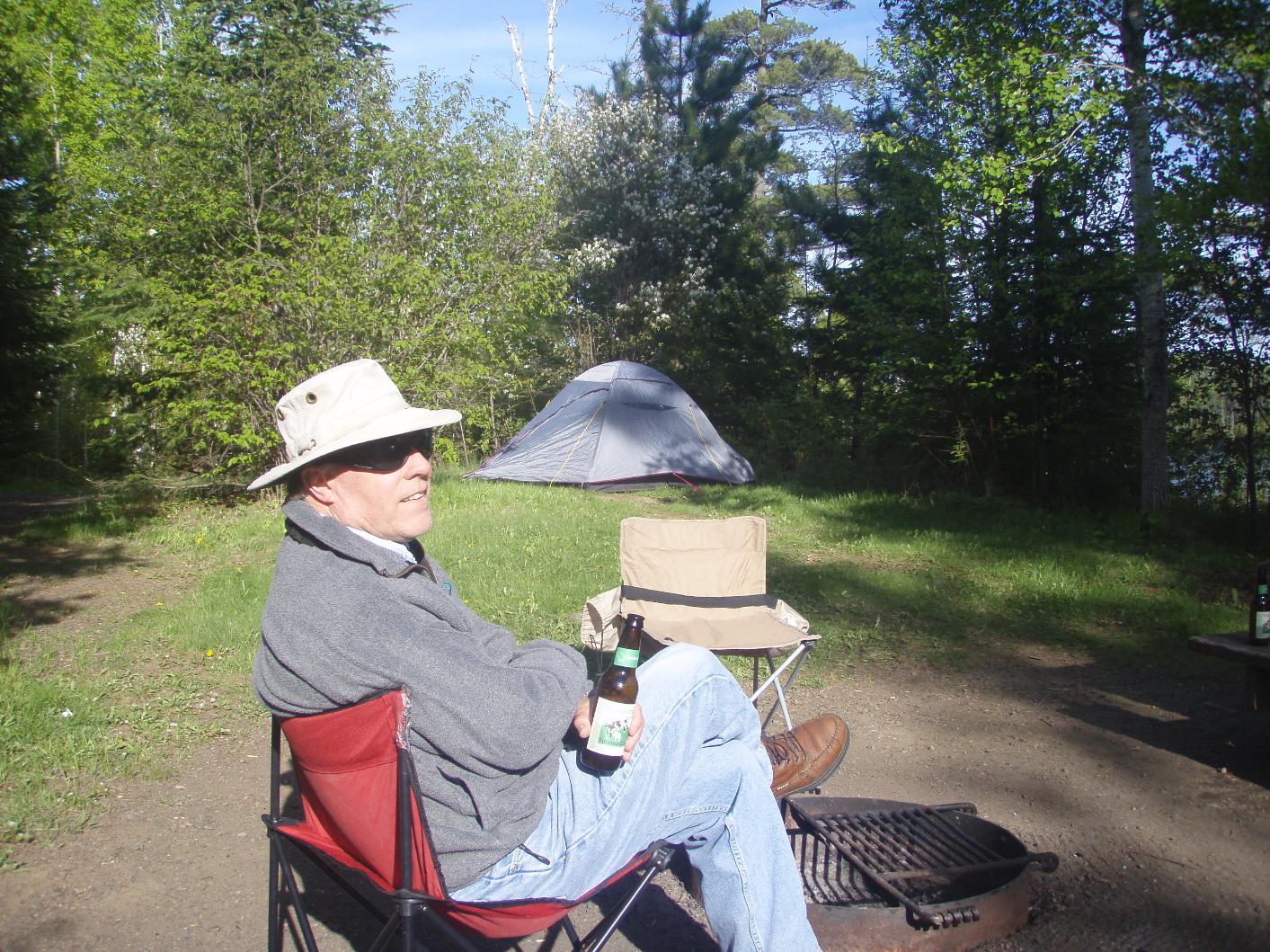