Snowbank to Knife and Back
by Landstryker

Temperatures dipped low overnight. I gave Movie Mike my 25 degree bag and bundled up to spend the night in my old bag. It was a bit chilly in the hours before dawn but nothing terrible, and in any case despite sleeping in the day before, I generally am the first one up any way. Day 2 dawned grey and blustery. A curious east wind bellowed as we ate our breakfast, two packets of instant oatmeal and freshly roasted Dunn Bros. coffee. While the wind never relented the rain was lighter and more sporadic, so our gear was merely damp when we struck the tents and headed out on the water again.

Now seasoned by a solid day’s travel, everything went more smoothly as we traveled down Ensign to Vera, and across Vera to Knife. Both portages were beautiful - long arcing passages of open rock through a biome that was wholly new to me. I’ve spent a lot of time on the Gunflint side of the Boundary Waters and so this area seemed quite exotic - easy to find landings with pebble beaches, simple, stair-like ascents and nice dry, rocky ridges. And oaks! I’d almost never seem them in the BWCA. With trails as beautiful and strange as these, no one could mind double-portaging.

The sun began to peek through as we took a break for lunch on Vera, and by the end of the lake we had stripped off our rain coats. The portage from Vera to Knife was the most beautiful of all, but did offer one significant challenge spot, a short, steep descent over an awkwardly exposed ledge. Finding discretion to be the better part of valor, we conquered this by dismounting the boats and bringing them down in two man teams. The two men in question turned out to be Movie Mike and myself, who ended up taking both boats both directions.

Knife proved to be well worth the effort. As it was now late afternoon and time to make camp, we chose a site in a bay near the portage to Portage Lake, at the western end of Knife. It was perhaps the most beautiful campsite I'd ever seen. Set on a grassy hill at the side of a long, deep channel, it offered some shelter from the wind without sacrificing views of the lake to the east, including the Isle of Pines. It also had excellent tent pads, a good landing and a couple small beaches. And if that weren't enough, the previous campers had left us a huge pile of nice, dry firewood. They even separated the kindling.

I split wood, made a fire and got dinner started while everyone else went fishing. Nothing was caught but we did feast on more Viggo, and the second growler of beer. We turned in exhausted, elated and satisfied. 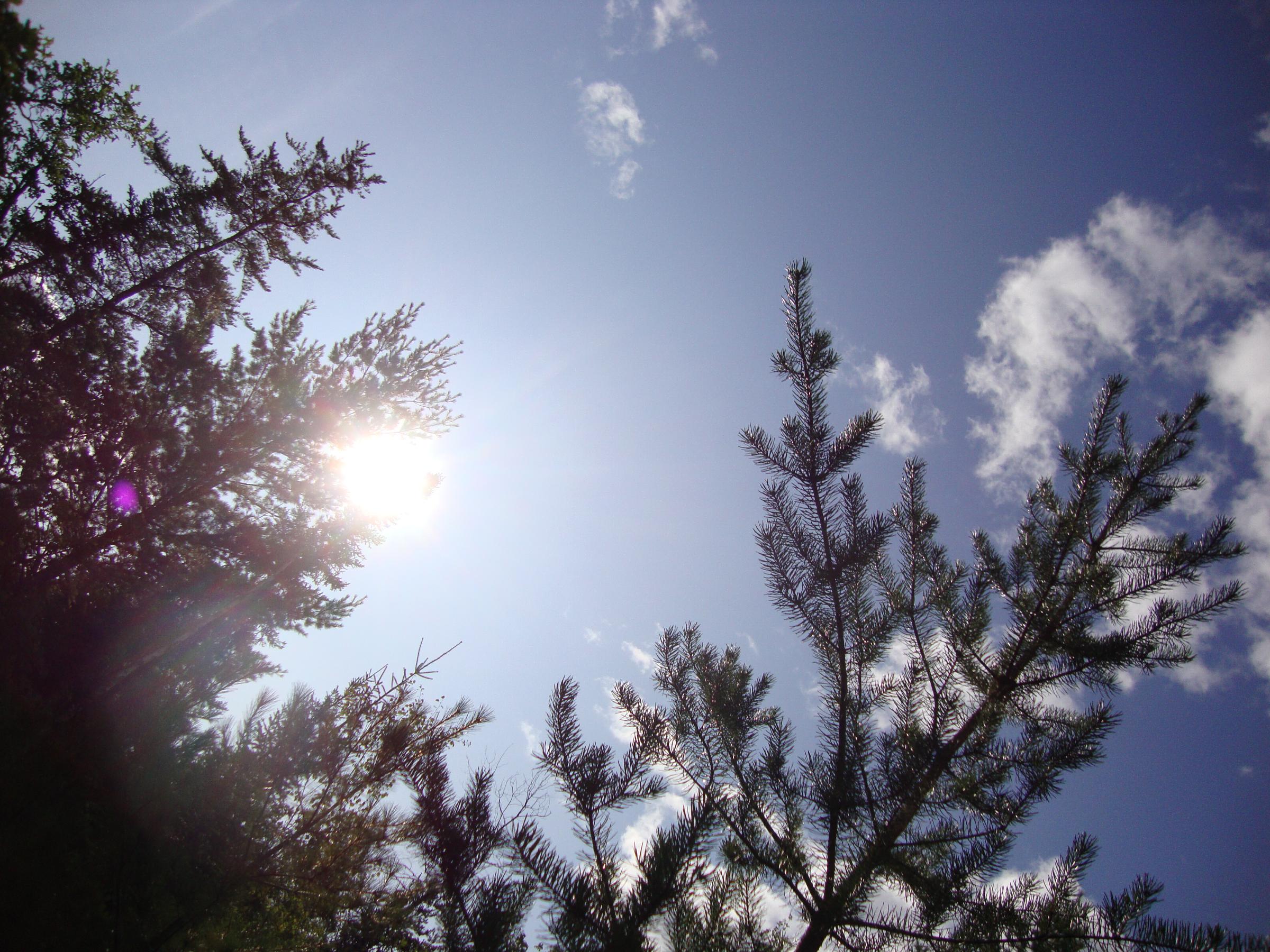 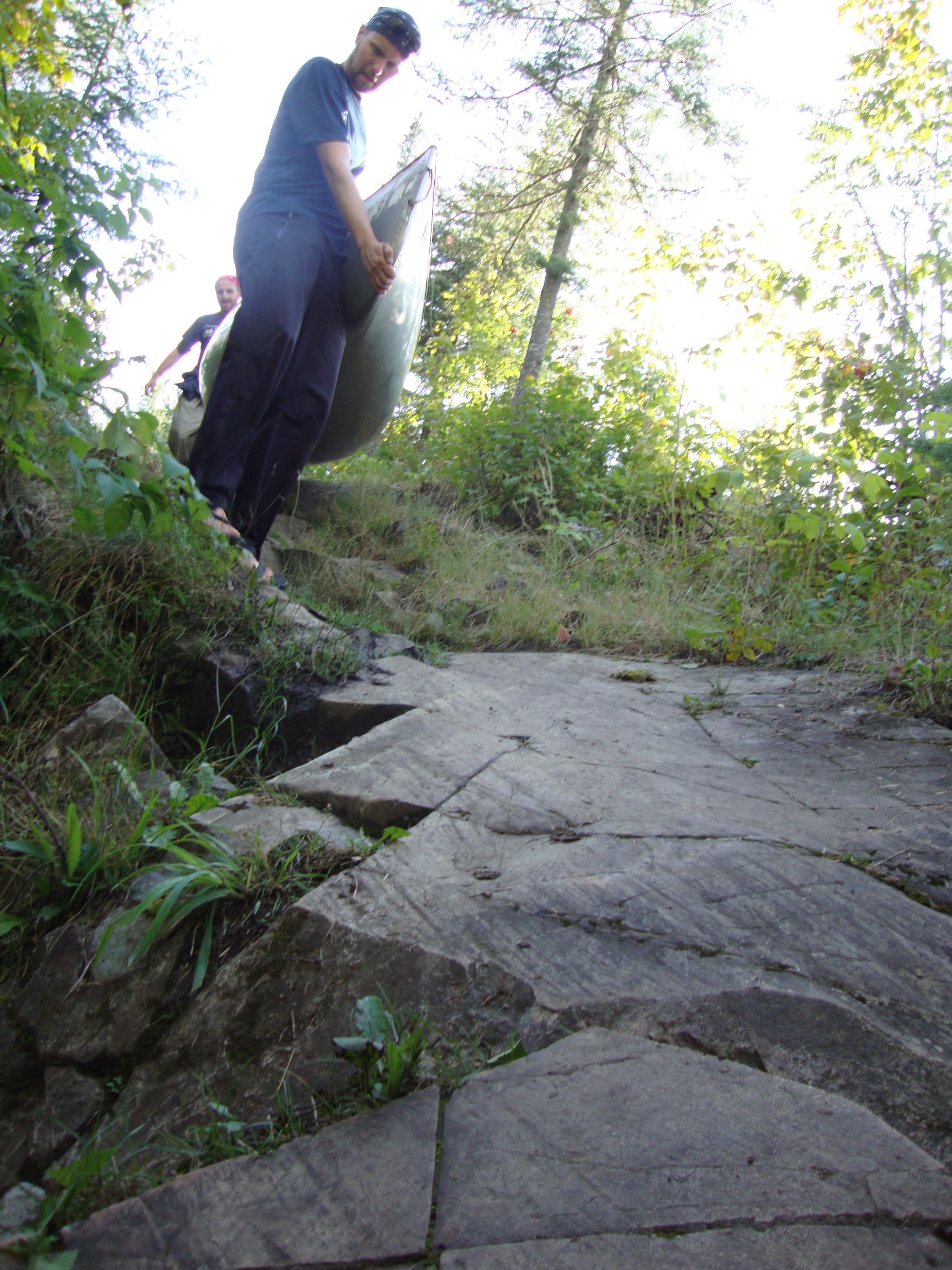 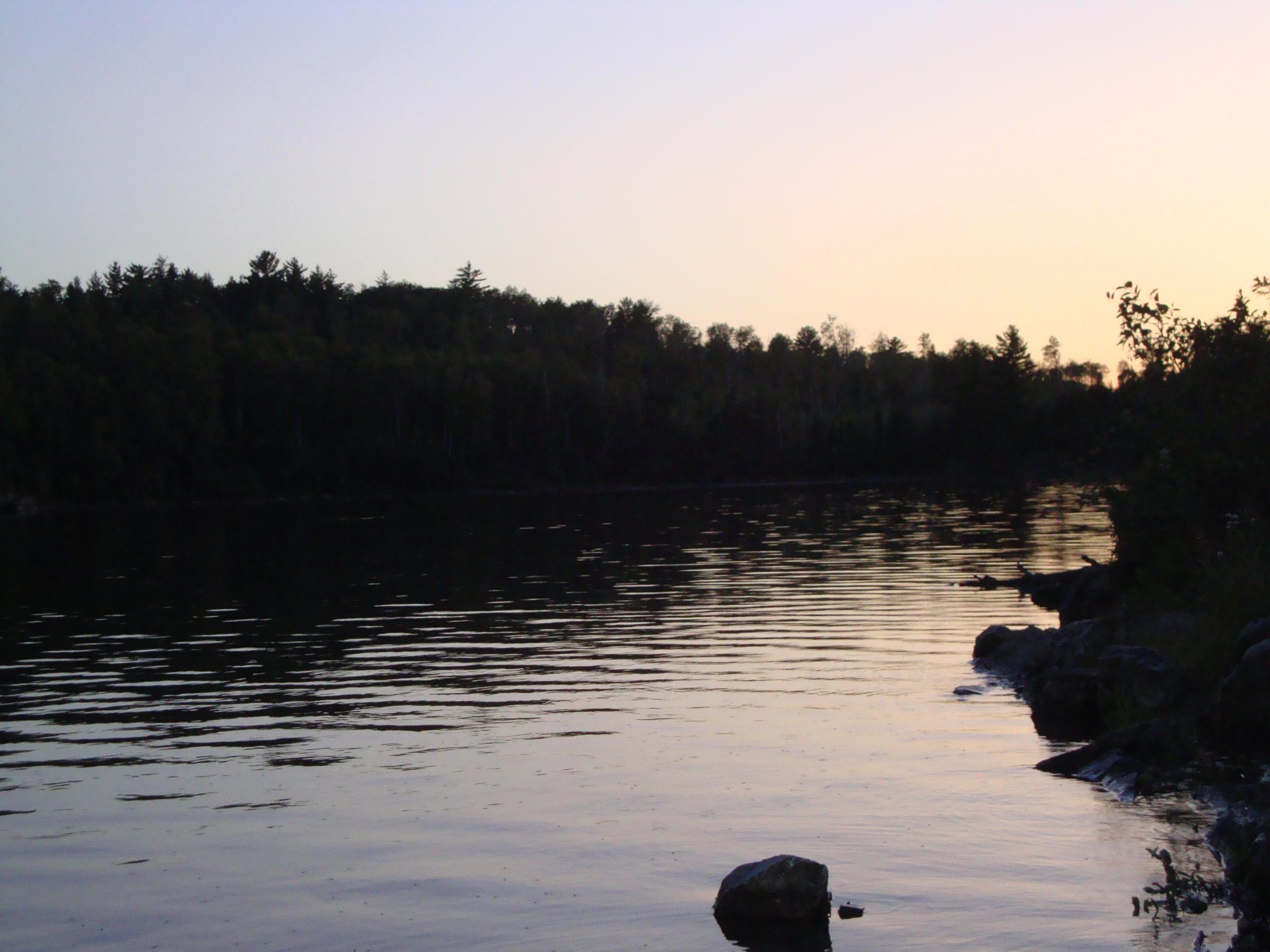