Far Reaches of the Gunflint
by marc24

After a night of persistent rain and strong winds, I woke up at daylight to a bit of calm weather. Our tent came through unscathed as it always does but my parents were not so lucky. The sides of their tent kept caving in due to the high winds and they did not sleep too well. I had to inform them that I slept like a log. They were jealous. Eggs and pre-cooked and vacuum sealed bacon (great idea) were on the menu for breakfast.

We were looking to be adventurous this year, even after the drama of the prior year. See "Seagull to Round and trouble on Kekakabic" in trip reports. Our goal for the day was Toe lake off of South Arm of Knife. We wanted to try to avoid paddling the length of Ogishkemuncie and after consulting with our outfitter and people on BWCA.com I figured it would be possible to take the old portages from Ogish to Holt to Nabeck to Nave and then onto South Arm. We decided to give it a try. We found the portage from Ogish to Holt, loaded up and started a trek/half bushwhack on the old trail. The going was rough and before we even reached Holt Lake (even though we were almost there) decided to turn back. If it was just my Dad and I we would have kept on but the women wanted no more of it. Although my wife looks happy in the picture, trust me, she wasn't! We got back to Ogish and grabbed a snack to ease our hunger. 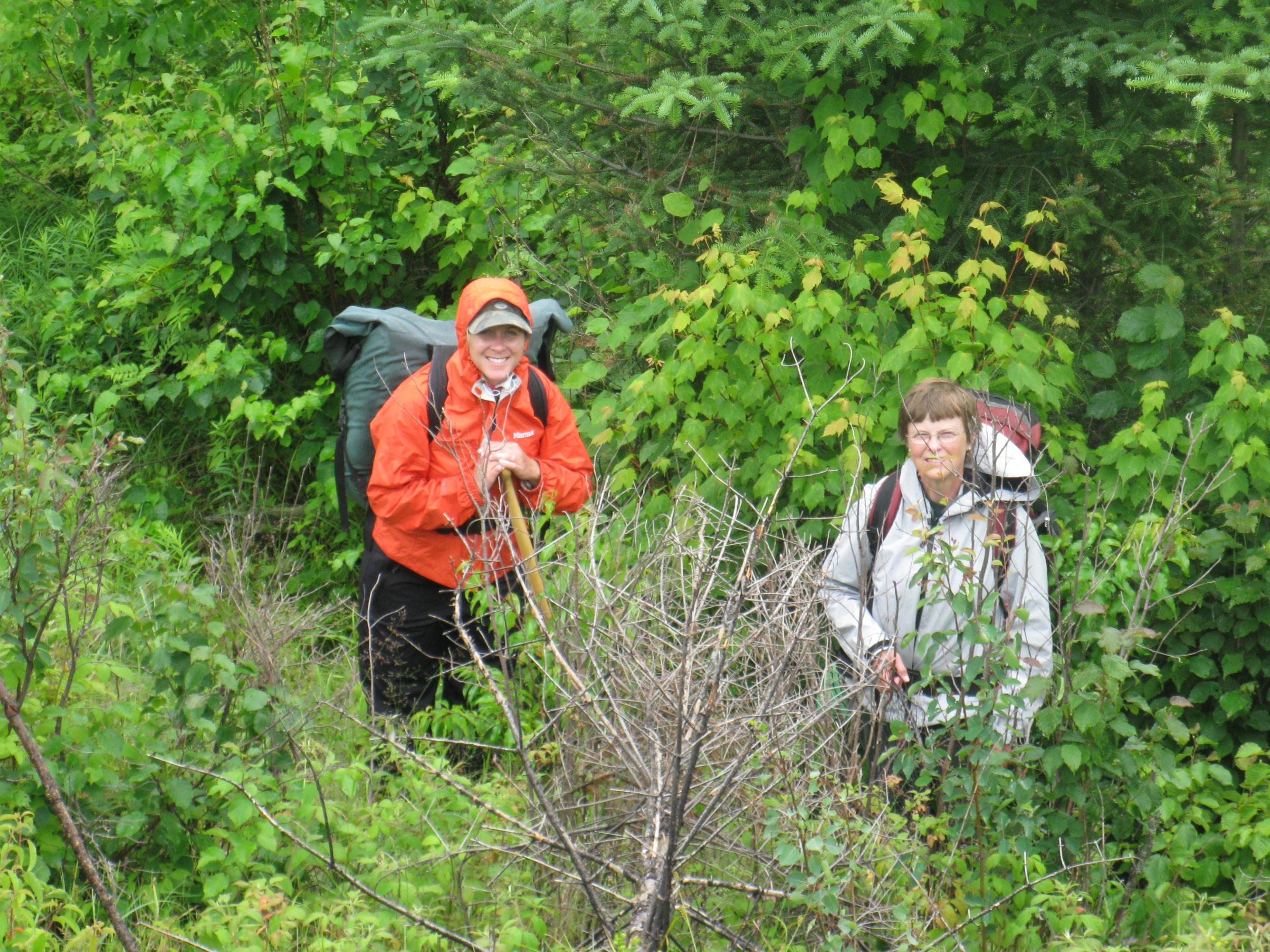 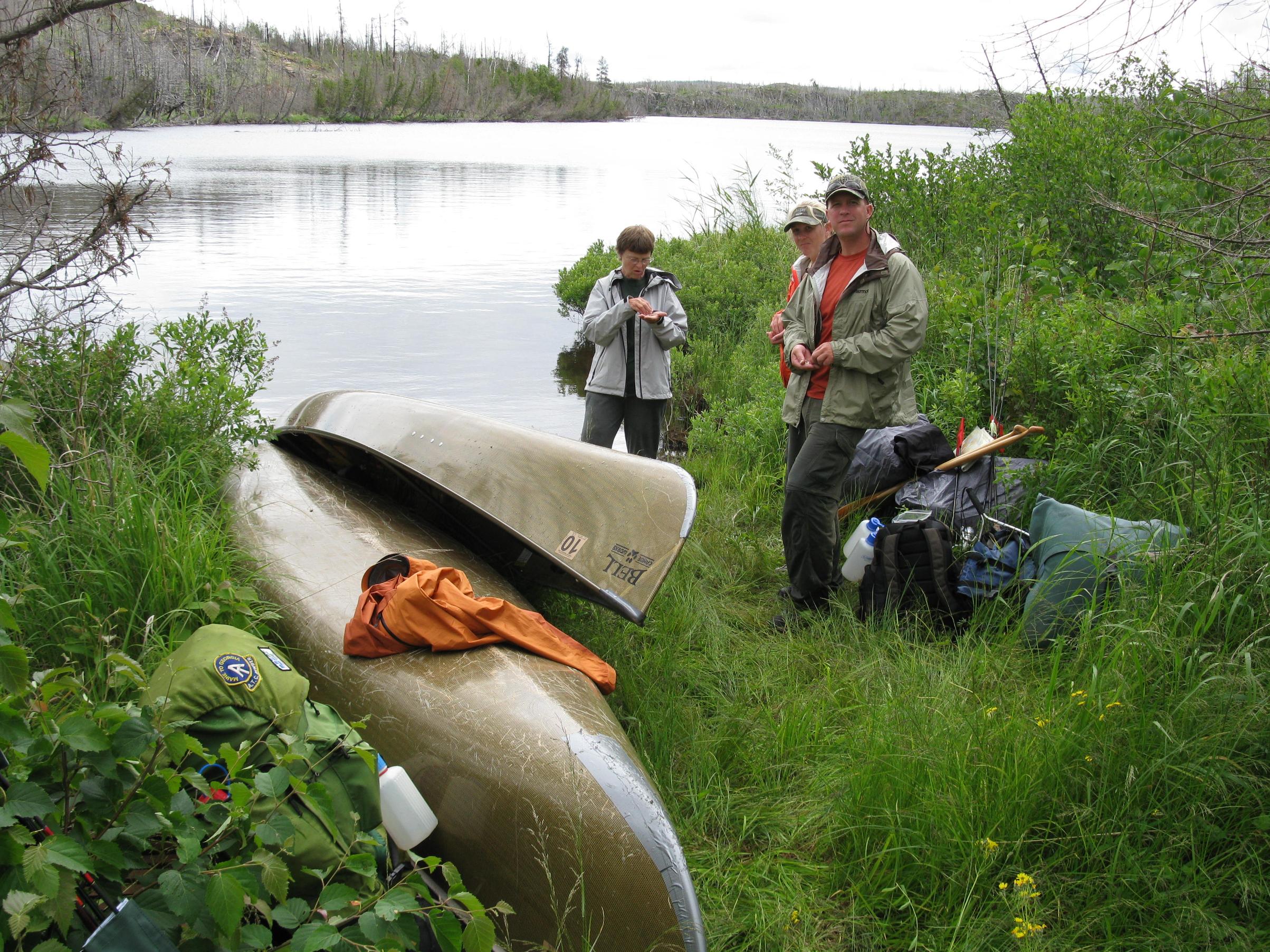 With our effort thwarted, we wanted to press on and plan B was to go as far as possible to get close to Toe Lake. As we headed west on Ogishkemuncie, the rain and wind, which had been a drizzle all day decided to kick up. The squalls were rolling in from the direction in which we were headed and traveling was tough. We pulled into an empty campsite for lunch and quickly decided this would be home for the night, plan C. Once again we have an early dinner of homemade, dehydrated chili (yum-yum) and all turn in early. IN THE RAIN! 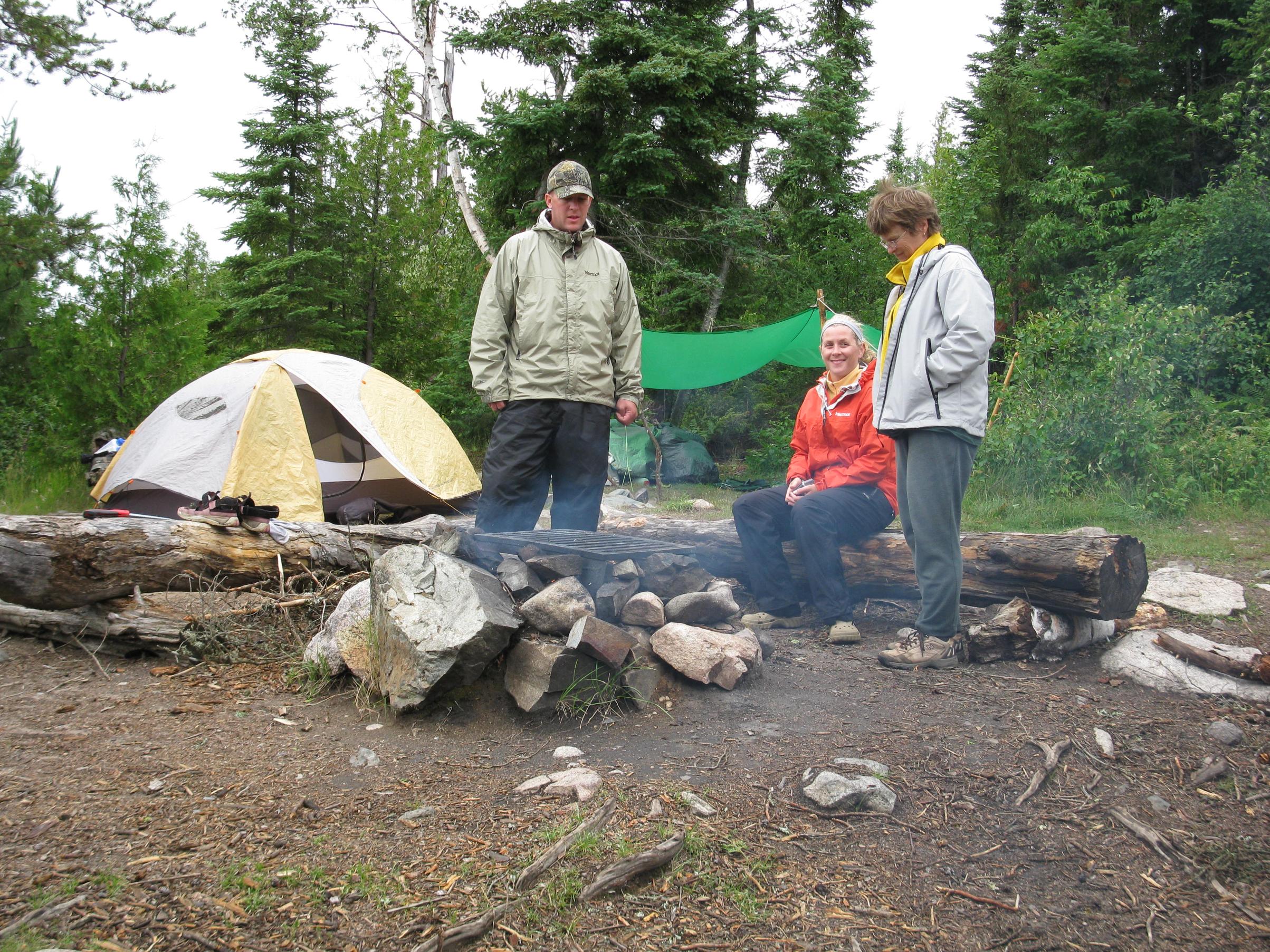 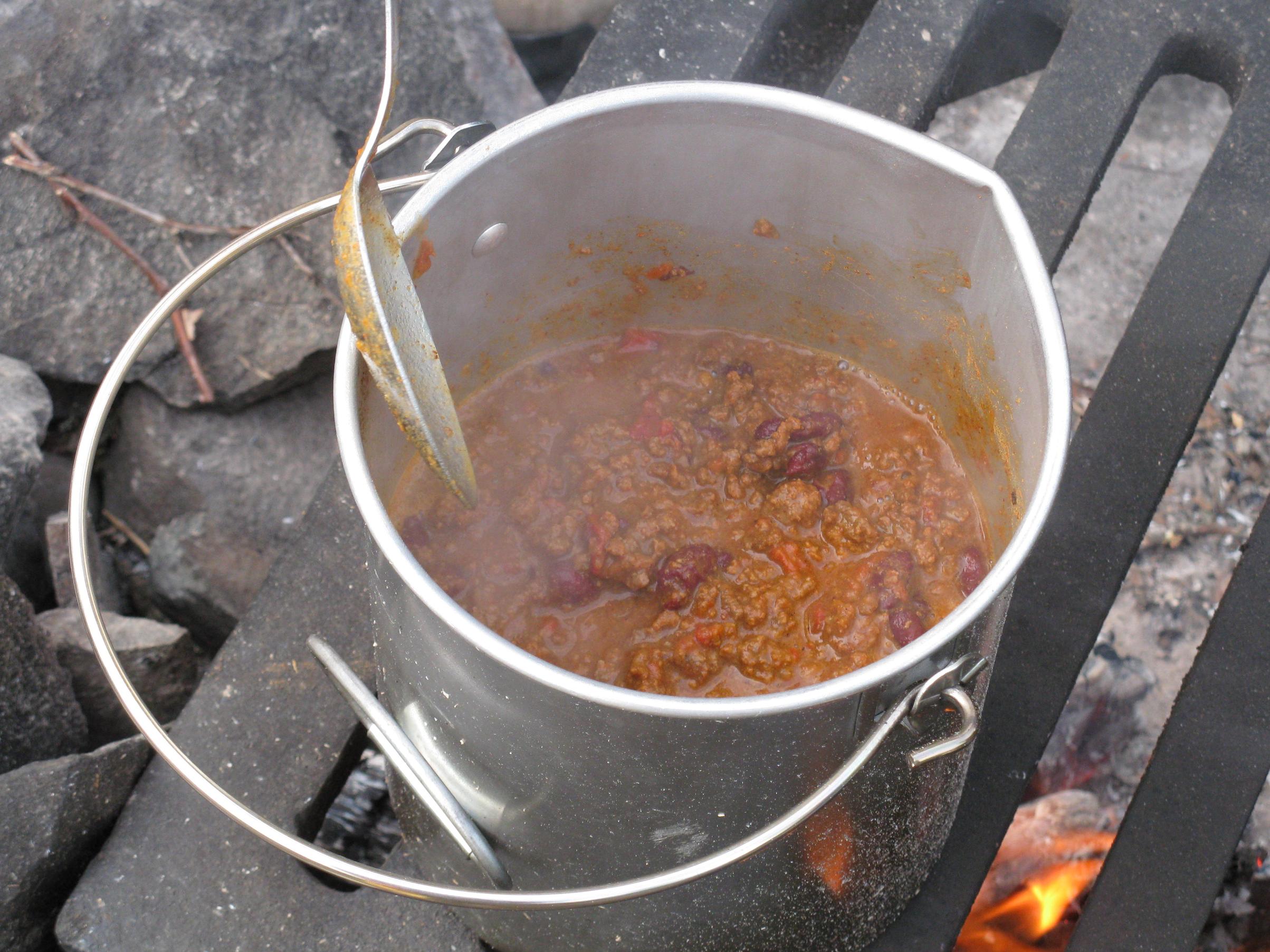