Trip Type: Paddling Canoe
Entry Date: 09/25/2009
Entry & Exit Point: Baker Lake (EP 39)
Number of Days: 8
Group Size: 2
Trip Introduction:
A few years ago, one of my tripping partners, Ted Davis, noticed the close proximity of Davis Lake to the lake that shares my last name, Frost Lake. The Davis/Frost loop idea was born but would take a while to become a reality. We finally got serious about it in the spring of 2009 and planning took place. It would be a fall trip and we decided on Baker Lake (ep 39) as a starting point. We agreed to not follow a tight agenda but instead to let the weather and our will dictate our travel. The tentative route would begin at Baker Lake, with an afternoon start, and head through South Temperance, Brule and the Cones to reach Davis Lake. From there, we would head somehow to Long Island and West to Frost Lake. After Frost, our travels would go through Cherokee to Sawbill and then finish up by going East through the Fire Chain back to the Temperance River and out again at Baker. I reserved a Baker Lake permit for September 25th and slowly over the summer we prepared for The Namesake Trip.
Discuss Trip: View Discussion Thread (25 messages)
Day 1 of 8
Friday, September 25, 2009 The September weather had been gorgeous, a nice extension to an otherwise cool summer. It was warm, muggy and overcast when Ted picked me up at 5:30 a.m. A June trip up to the Gunflint had told me that it was about 7 1/2 hours to the Ranger Station in Tofte. We loaded the Tahoe and headed North through Madison to pick up the interstate. The drive up through Wisconsin was uneventful as the clouds parted, and by the time we reached Two Harbors, it was a clear, warm, breezy day. A Subway sandwich was topped off with a wedge of Blueberry alamode from Betty's Pies. We finished off our desert at a pull off rocky point and watched the waves crash over the Lake Superior shore. The wind off the big lake had a crispness to it that finally reminded us that it was September. 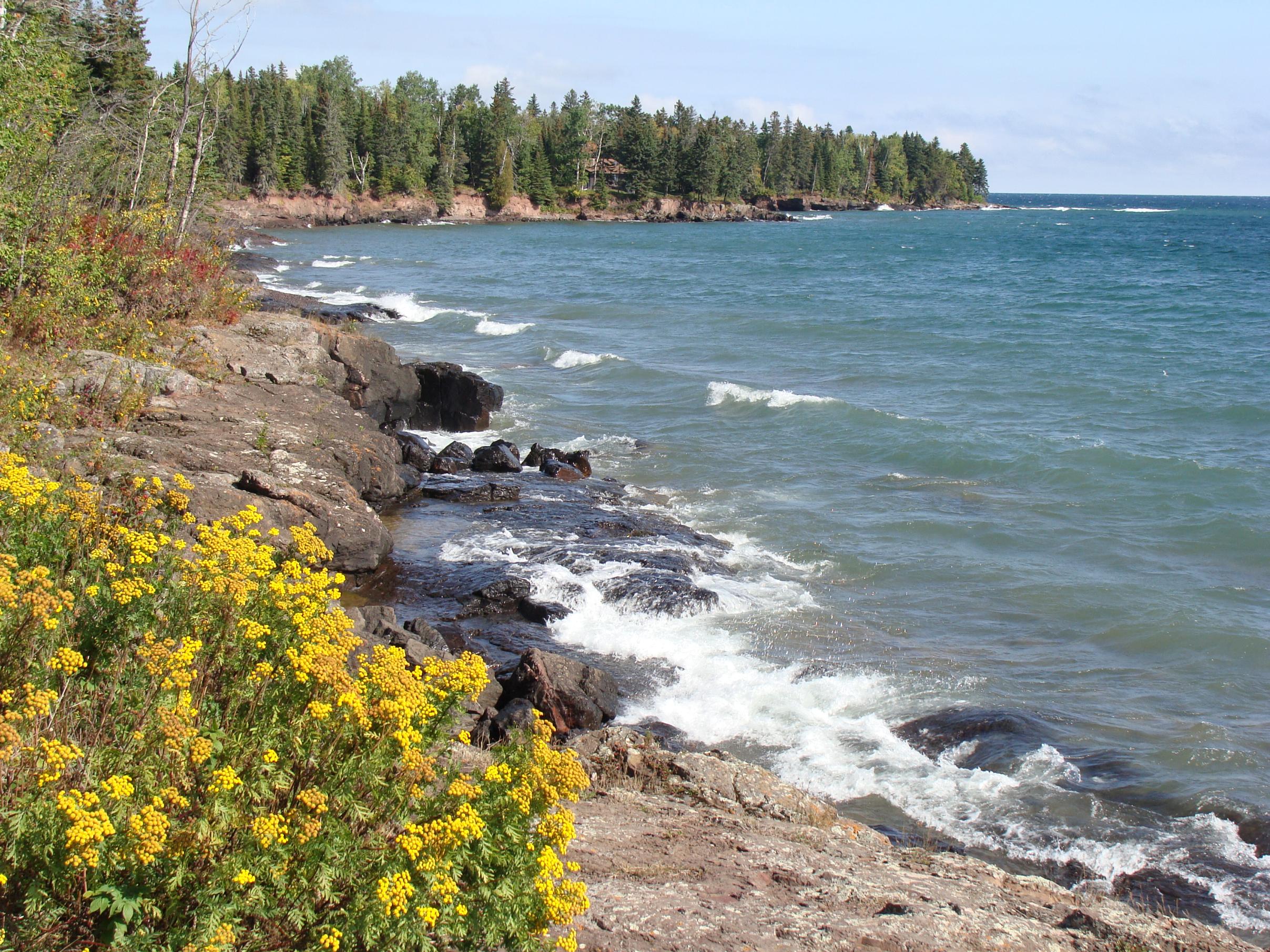 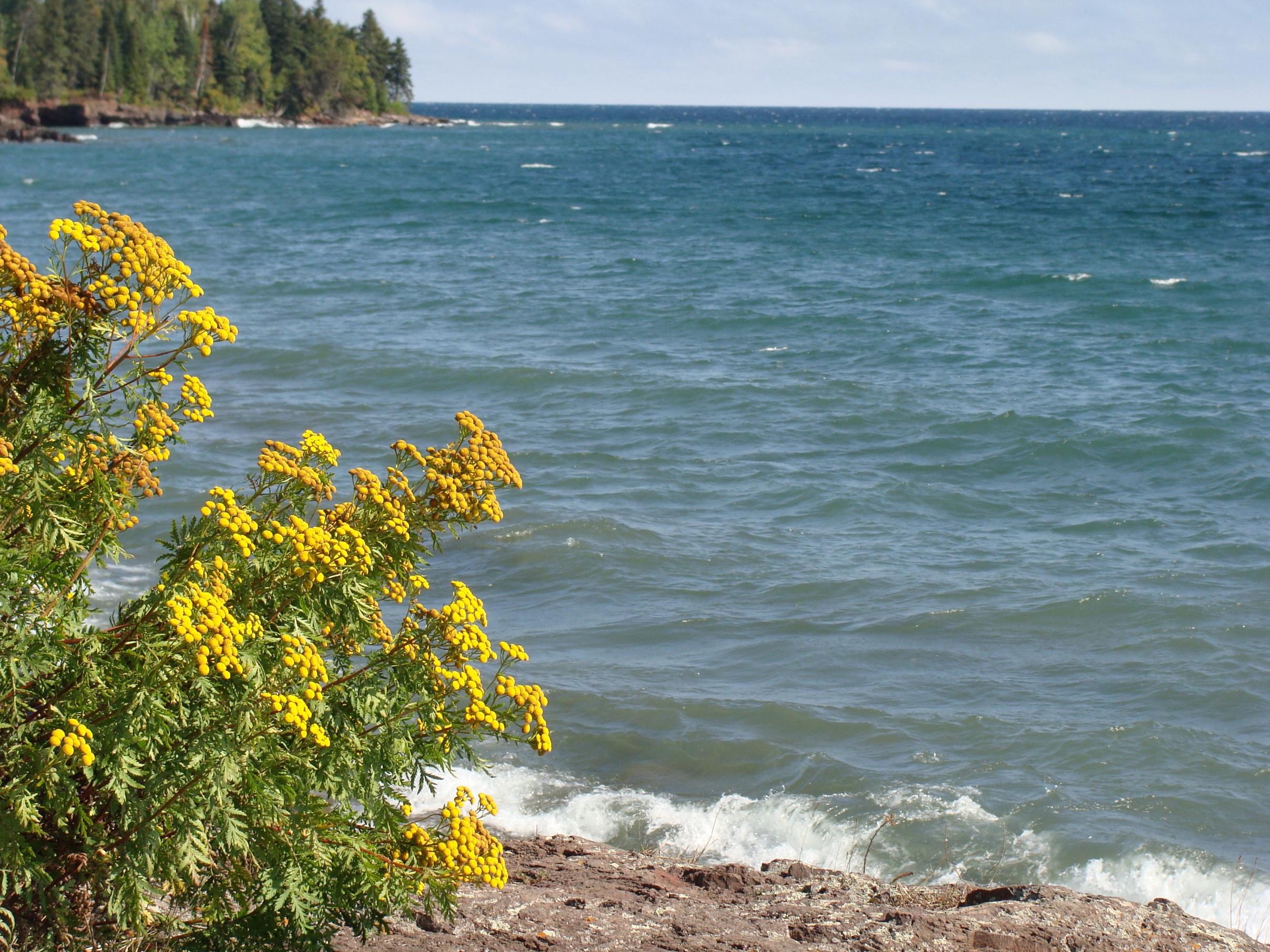 By 2:00 we were watching the LNT video and grabbing our permit. The Ranger said that the nice weather had led to many campers and a slight fire concern. The pre-trip excitement grew as we headed up the Sawbill Trail. We were a little disappointed in the blandness of the fall colors. Evidently, the cool summer had delayed the onset of the brilliant oranges and gold's we were expecting in the Temperance River valley. 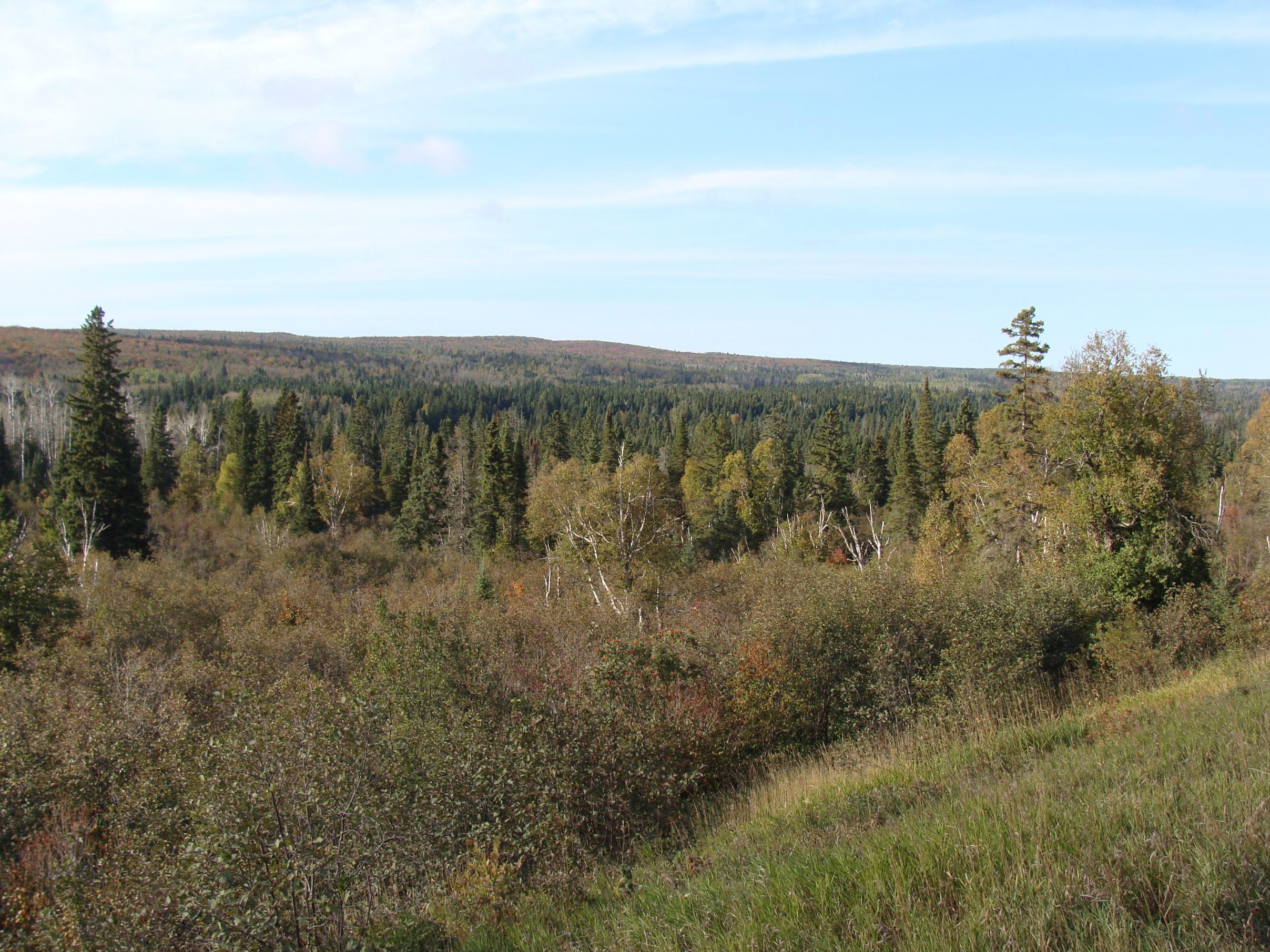 After a few more dusty miles, the Baker Lake parking lot and landing appeared before us. The dozen or so vehicles there, and the presence of a few people wandering up to the campground, echoed the Ranger's prediction about people taking advantage of the lingering nice weather and squeezing in some late season canoe camping. We figured most of them were weekenders and as the afternoon unfolded our hunch proved correct. We unloaded, snapped some photos and were paddling by 3:15. 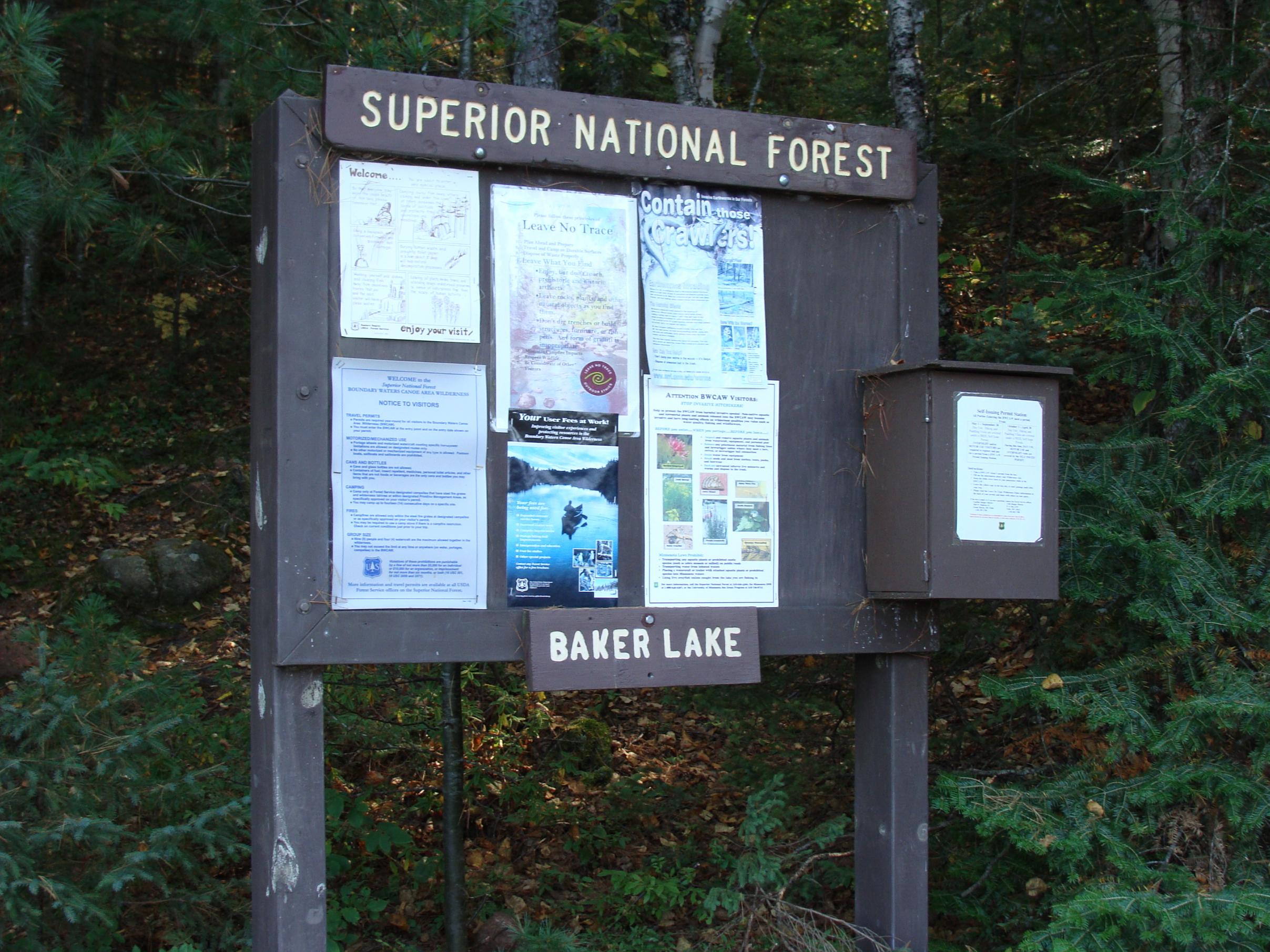 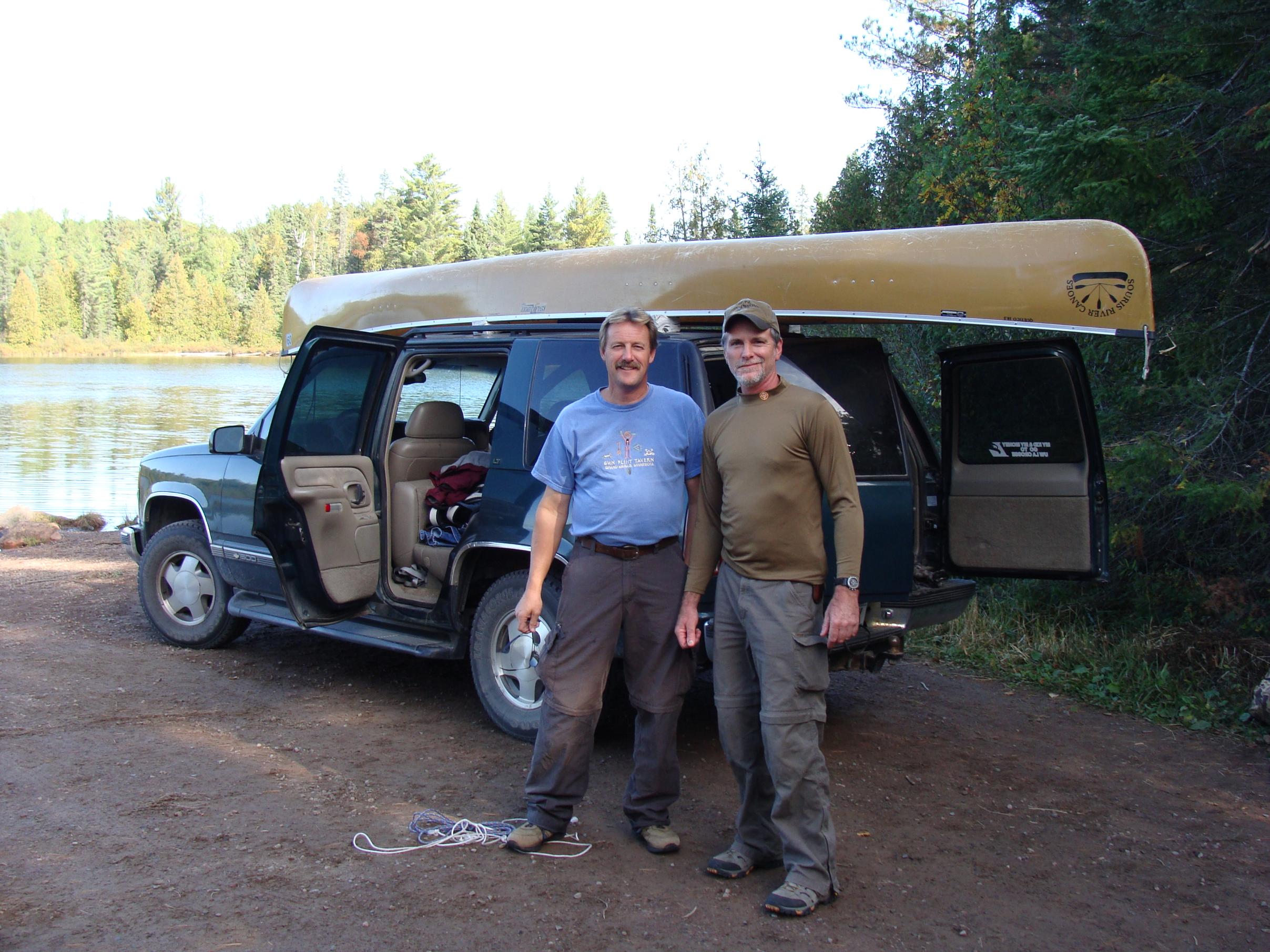 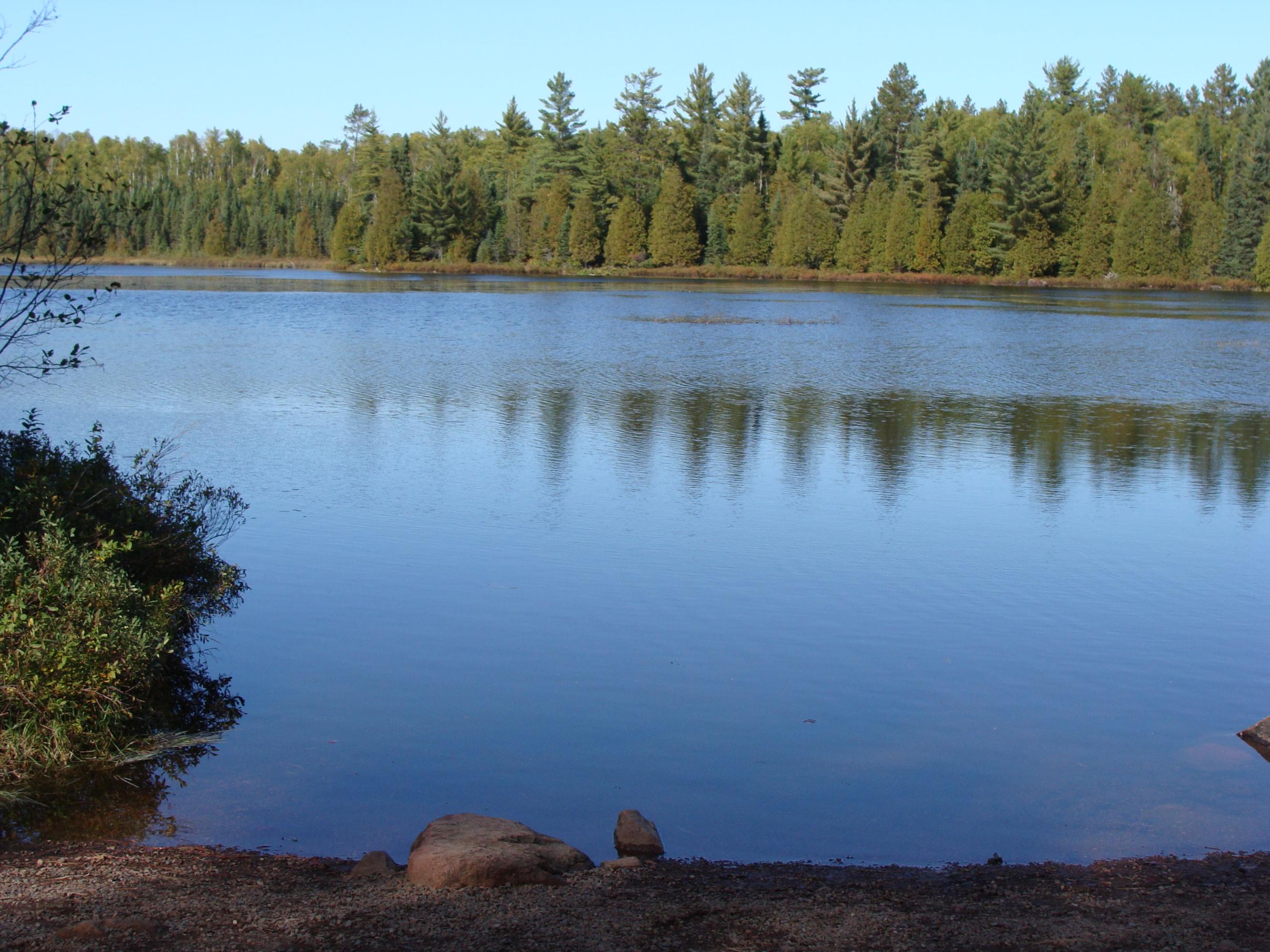 As we started the first leg of our journey up through Peterson and Kelly Lakes, numerous daytrippers were heading out and we noticed all of the campsites were occupied. After the 72 rod portage into Jack Lake, the weekend "crowds" were left behind and we realized that darkness would approach quickly so we pulled into the first site we came to on Jack Lake. We had hoped to travel slightly further this first half day, but the low water levels had slightly increased the number and lengths of the first series of rocky portages on this stretch of the Temperance River. After surveying the campsite, we quickly went about our jobs to set up camp. 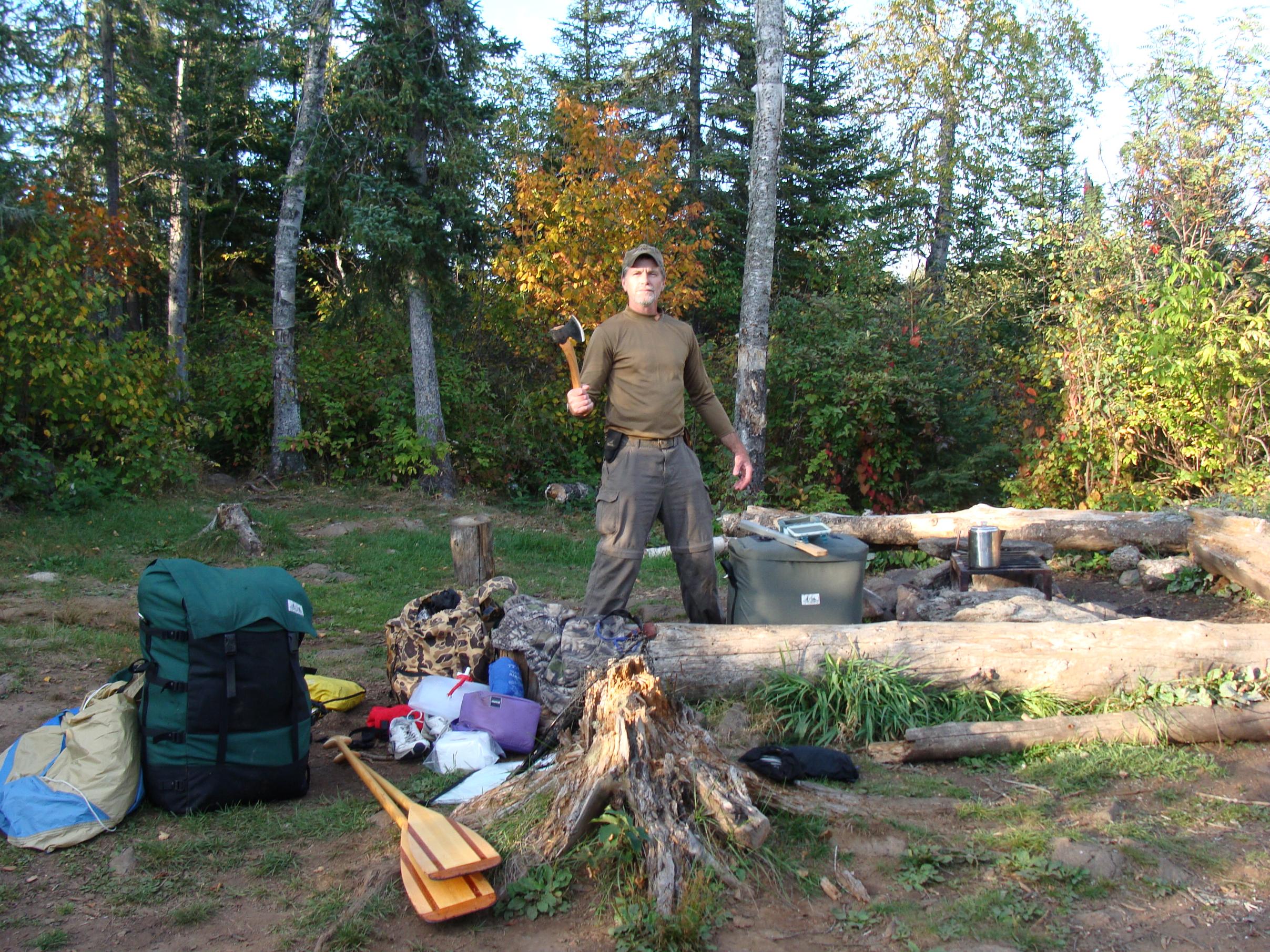 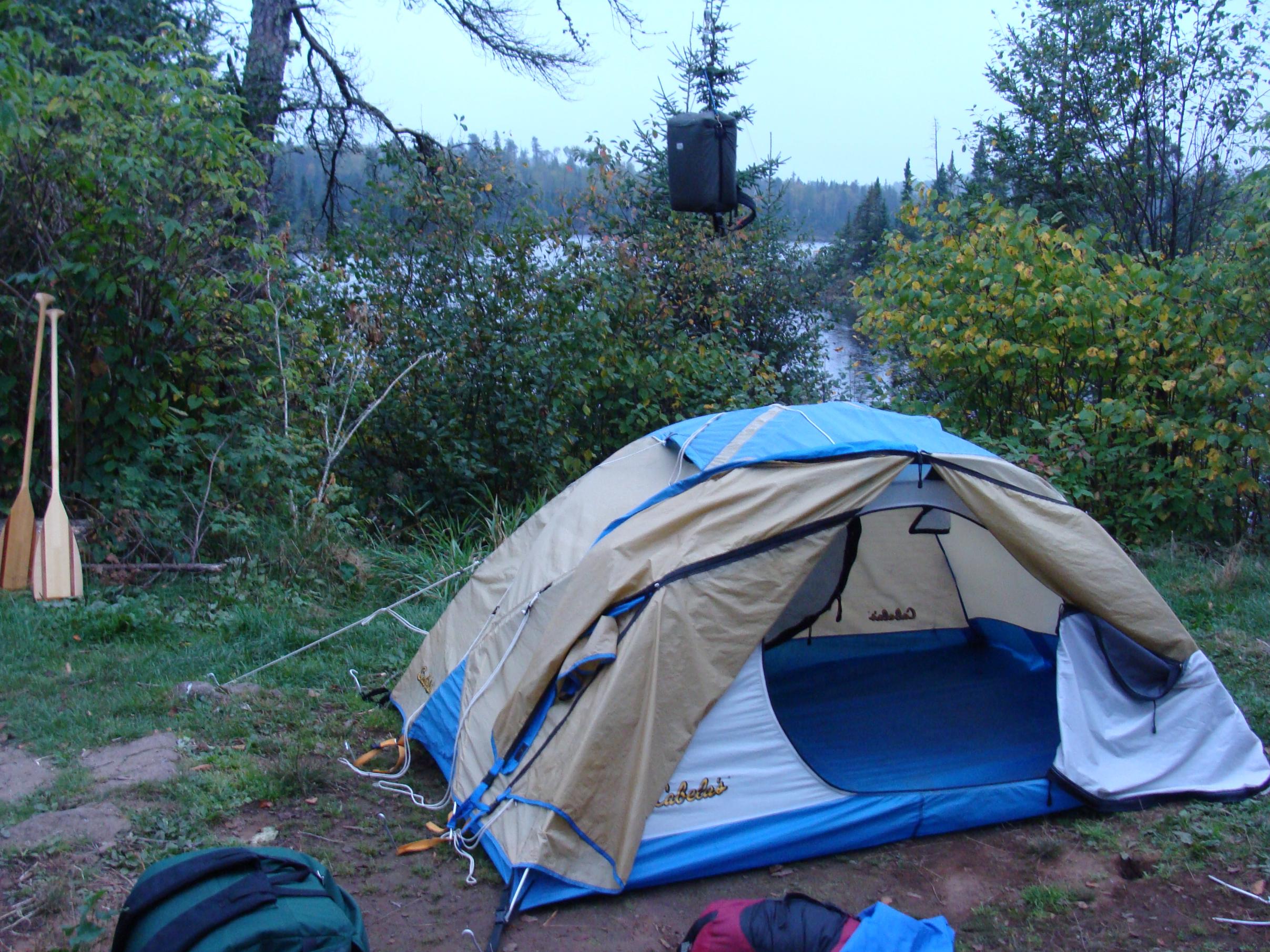 As darkness settled in we dined on grilled steaks and fried potatoes to fill our bellies and lighten our food pack. It had been a warm day for late September, complete with more than expected sweat and even a few hard core mosquitoes, but the night was going to be cool, so we enjoyed a fireside toast to a good start and crawled into our sleeping bags at 9:30.