Trip Type: Paddling Canoe
Entry Date: 06/06/2009
Entry Point: Little Gabbro Lake (EP 33)
Exit Point: South Kawishiwi River (EP 32)
Number of Days: 6
Group Size: 4
Discuss Trip: View Discussion Thread (6 messages)
Day 2 of 6
Sunday, June 07, 2009 Day Two broke cool but with the sun making an entrance among some small puffy clouds that reflected perfectly on the calm water. The three older campers need to heat water for our coffee and tea so we take a little time to work out the kinks and have a breakfast. I didn't keep records of when we arrive and leave campsites but we’re always on the water before 8:00 on travel days. We were more than ready to get going after the start ground to an abrupt halt the day before.

We actually found a few open campsites early on day 2 but it was not to be the case often on the rest of the trip. It was a beautiful day to enjoy our travel heading NE on the South Kawishiwi River. Before EP 29 we crossed a 15 rod portage where we met a young couple from Alaska traveling with their dog. During a nice chat they told us they just left an island site that we would shortly come to when we made our westerly turn. We had high hopes for that site! As we headed west we came across 3 sites, including the island, already occupied. I think we are learning a lesson on traveling so near other entry points. We had a long paddle westward into the wind with at least four canoes ahead of us which I wrongly assumed were also looking for a site. Where we saw the canoes stop was at a campsite we'd pinned our hopes on. It happened that all the canoes passed through the long 210 rod portage and the camp right next to the portage was open!

It had an open elevated site with a nice view. There were plenty of tent pads. The rocks had some comfortable “sitting areas” that got used often. There was quite a bit of portage traffic nearby but overall that wasn't a problem. We made ourselves very comfortable at this site and started to think about making it a two day stay. 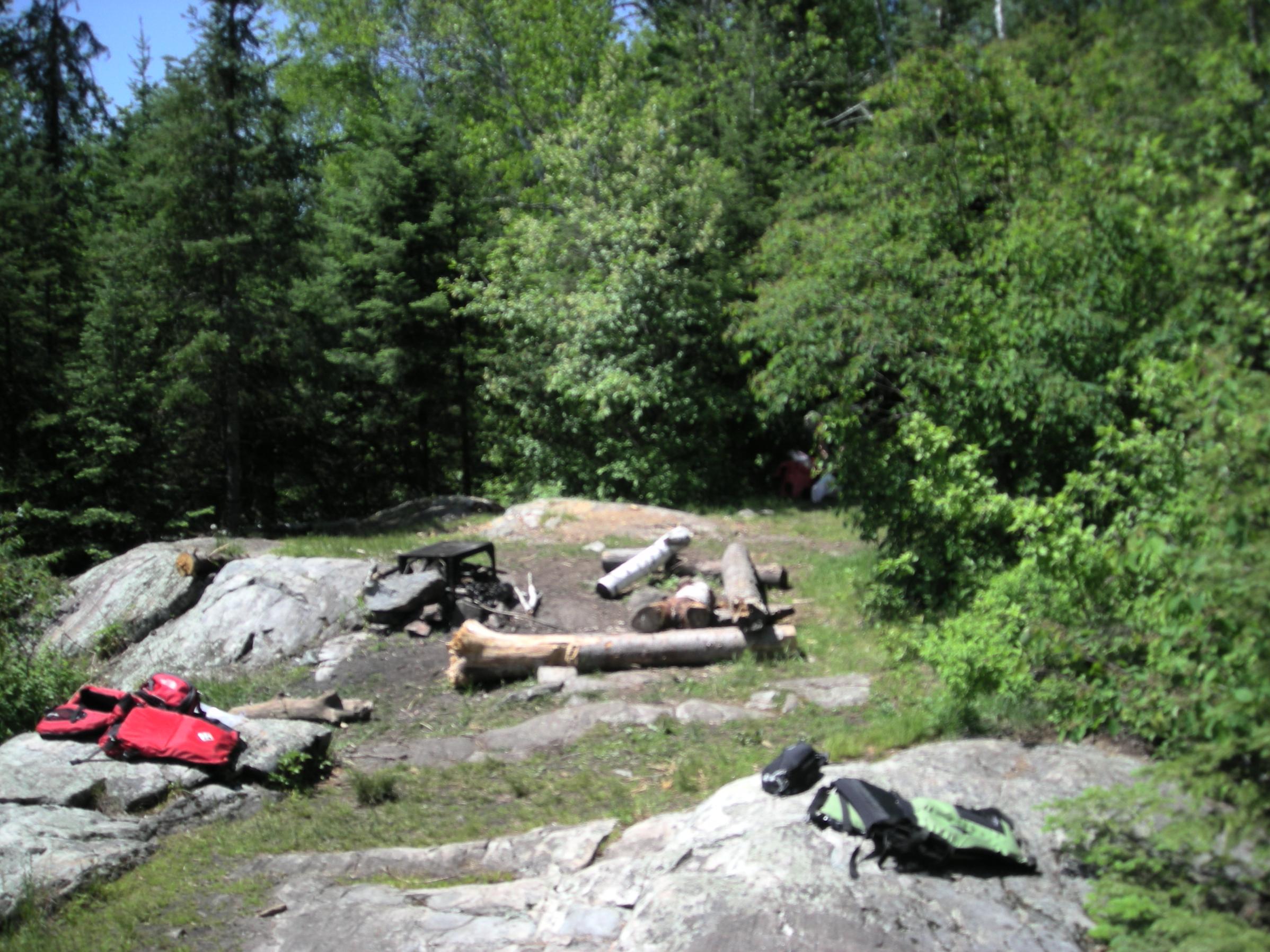 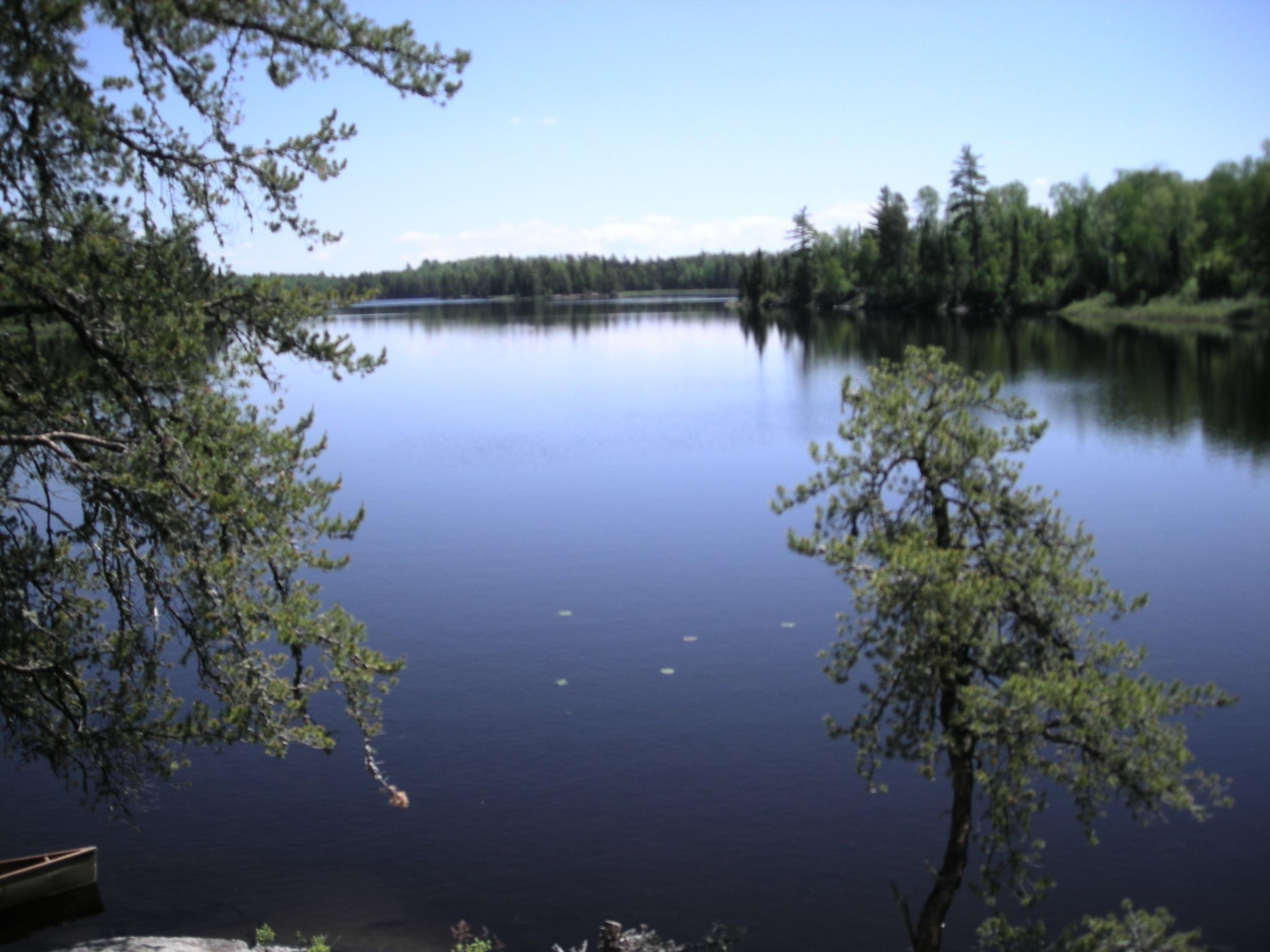 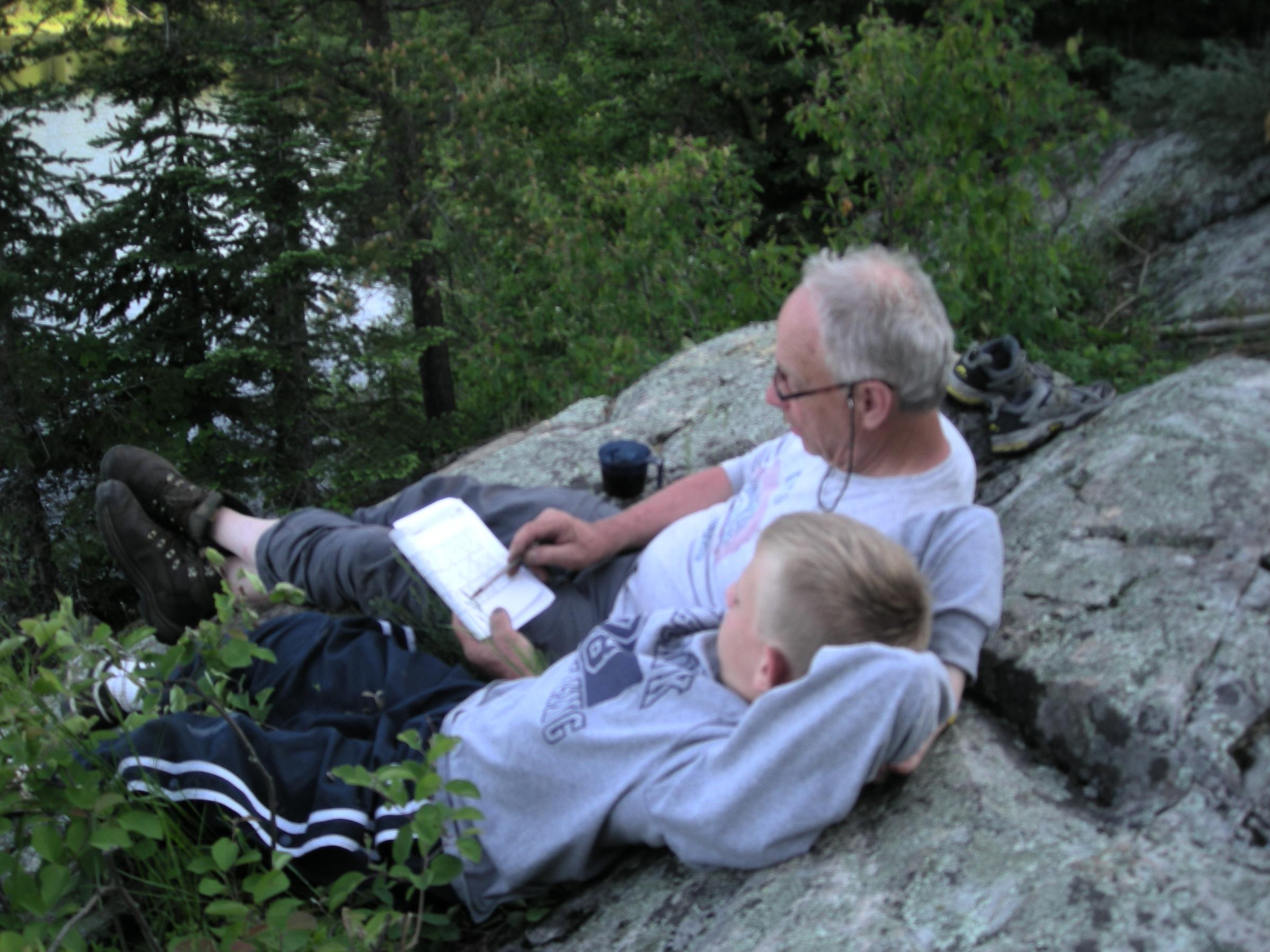