Trip Type: Paddling Canoe
Entry Date: 05/20/2009
Entry Point: Missing Link Lake (EP 51)
Exit Point: Brant Lake (EP 52)
Number of Days: 9
Group Size: 1
Trip Introduction:
Being laid off is never a good thing. I was given the option of taking a voluntary layoff (starting May 1 and going until October 5) or staying at work with only a 32 hour work week. Coupled with the fact that I would make just as much being laid off as working a short week, was the fact that the company would also cover my health care for the duration of the lay off. It was a no brainer as far as I was concerned. My first thoughts were of the potential trips I could do with all this extra time off. This trip was one I'd been wanting to do for awhile, and here was my opportunity. I immediately knew this trip would have to be a solo adventure. I felt it would be foolish on my part to think that my usual companions (who were all still working) would be able to, on such short notice, dedicate the amount of time I wanted to take to thoroughly enjoy this trip. Then factoring in the over 500 rods of portaging On day 1. I didn't waste my breath. I have soloed before, but never on a trip this ambitious. And usually in a solo canoe. I have my own tandem canoe. (Bell Seliga Tripper) a.k.a. "The Black Pearl" But, in my financial situation, I couldn't afford to rent a solo canoe. So I improvised and bought a drop in seat from Piragis to convert my tandem to a solo. Wasn't sure of the wisdom of this strategy? But hey, it suppposed to be an adventure,right?
Discuss Trip: View Discussion Thread (25 messages)
Day 1 of 9
Wednesday, May 20, 2009 I woke at 6:45 in my bunk at Tuscarora outfitters, just in time to make it for the french toast breakfast served at 7:00. Andy gave me some last minute tips for campsites and trout fishing along my route. I really wanted to make it to Tuscarora today and try for some lakers this afternoon. I was anxious to see how the drop in seat was going to work. I decided that with my Duluth pack and bear barrel there would be enough weight in the canoe for me to paddle from my normal position. The sun was shining, but the wind was already starting to pick up. It pushed me around a little. So I decided to pull over and put one of the packs in front of the front seat. That seemed to do the trick.

The Missing Link portage was easy enough to find. The portage itself was fairly long, rocky, & wet. None of which seemed to bother me much as I officially entered the wilderness on this trail & was already focusing on the next portage.

Missing Link was a pretty little lake, which I was told contained brook trout. I would definitely like to come back and spend a couple nights here. But, for this trip, I pressed on to the fabled Tuscarora portage.

The start of the portage begins on a very nice sandy beach. I grabbed my Duluth pack and The Black Pearl and off I went. Now I have seen on this site where someone only rated this portage a 4 out of 10! I'm not comparing this to Lewis & Clarks' 18 day portage around the Great Falls in Montana, or saying there are not tougher portages to be had in other areas, but, I been around enough to know that as far as the BWCAW is concerned...... I'm here to testify that this portage is DEFINITELY amoung the toughest maintained portages in the BWCAW! Not sure how someone could say that 60% of the portages in the BWCAW are tougher?

When the lake did come into veiw at the top of the hill before the final decent to the lake, I immediately thought of one of my favorite quotes from William Clark upon finally seeing the Pacific Ocean. "O! The JOY!" I had heard the beauty of Tuscarora compensates for the sweat lost on the portage. I think after doing that portage, that any navigable muskeg swamp would look pretty darn nice! That being said, the portage is not a dealbreaker by any means. For the most part it is a dry, very well worn path. In the right frame of mind, even intermediate trippers, packed properly, not rushing, & in decent shape can reach Tuscarora fairly early in the day.

The portage behind me, I had another bigger problem. While it felt very cooling while sweating doing the portage, the wind had really picked up. I couldn't even begin to load up without my canoe crashing on the rocks. So I dug out a book and sat down to wait it out, hoping the wind would eventually calm. After an hour or so a group of five with eyes as big as saucers came ashore. They had just done the 255 rod portage and were now heading for Missing Link. I asked about campsite availability, as there was one just to the east of this portage that they would've passed. They told me they were looking straight ahead the whole time, way too busy paddling to notice. They asked how bad this portage was? I told them it's everything it's advertised to be. To give an indication as to how windy it was. Just as they were heading up the trail with their 1st load, the top of a rotting birch tree came crashing down just missing one of their canoes. It had to be at least 8 inches in diameter. It was partially rotten, but would have obliterated their kevlar canoe upon impact.

At about 6:00 a group came down the hill from Missing Link. They said they were gonna try to make it to Crooked yet tonight. The wind was starting to die down a bit. They said they'd keep an eye on me as I tried to get around the corner to see if the campsite to the east was open. IT WAS! Thank God! Never been so happy to find a site. I waved them on and began to set up camp. 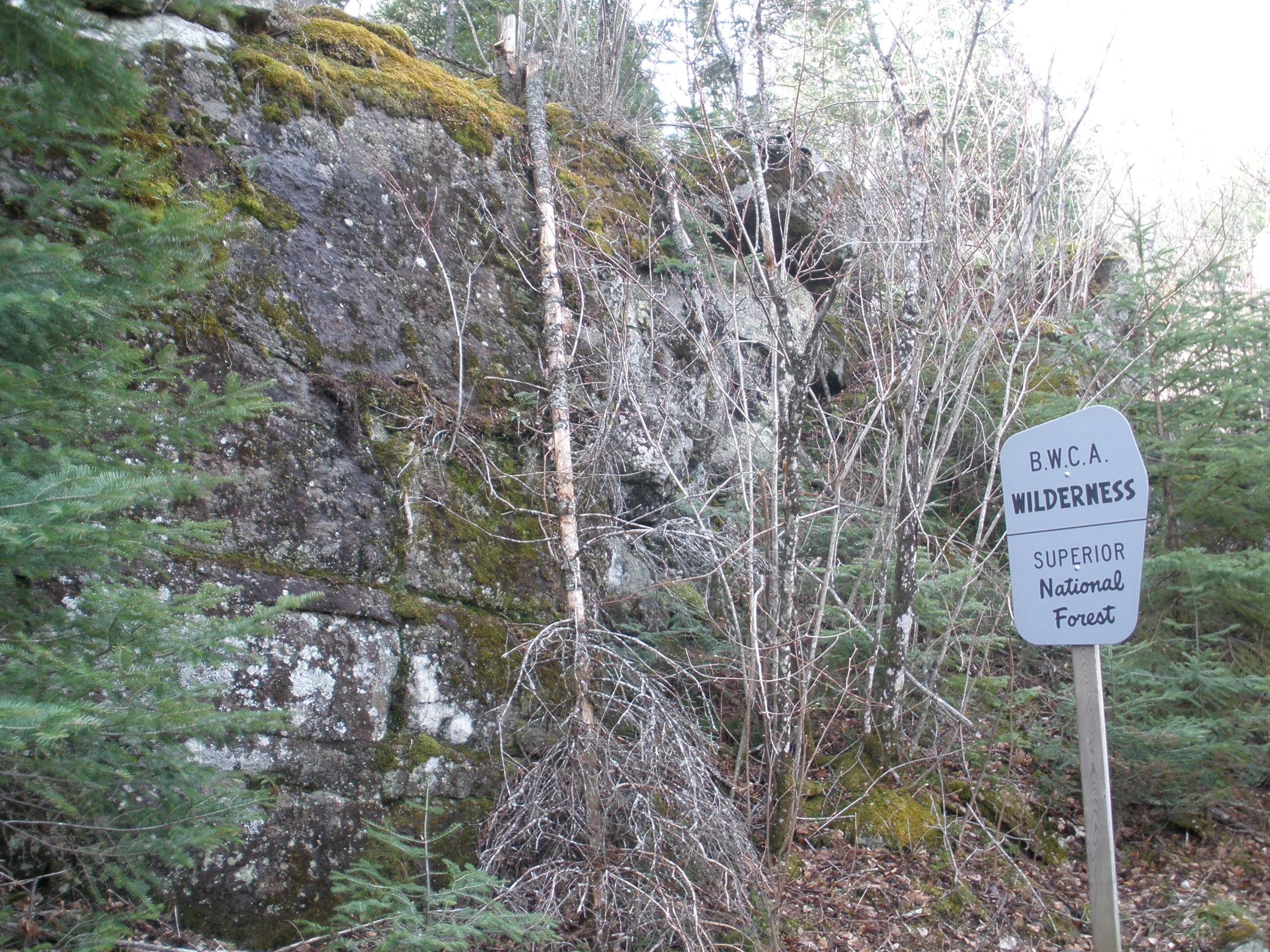 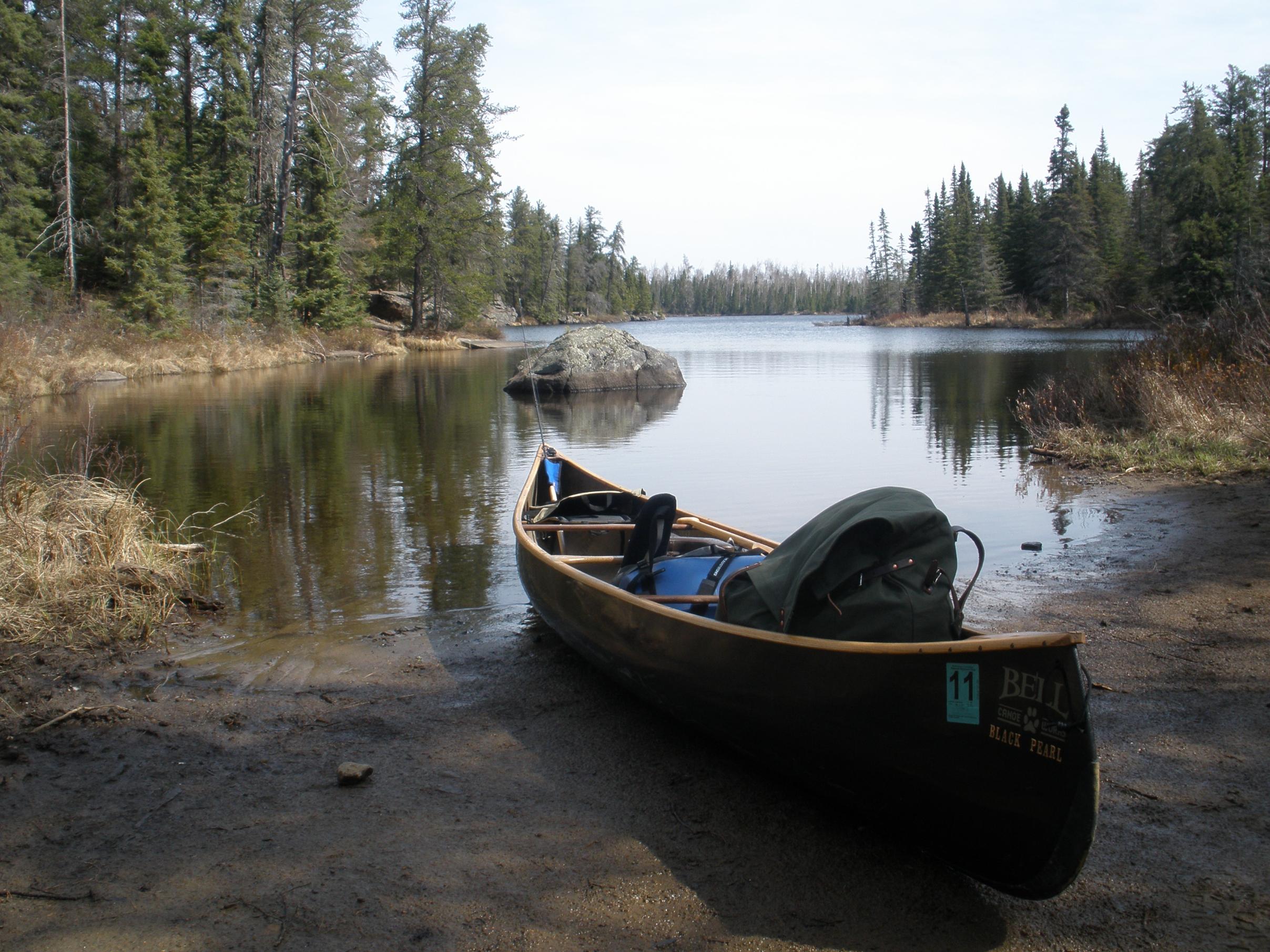 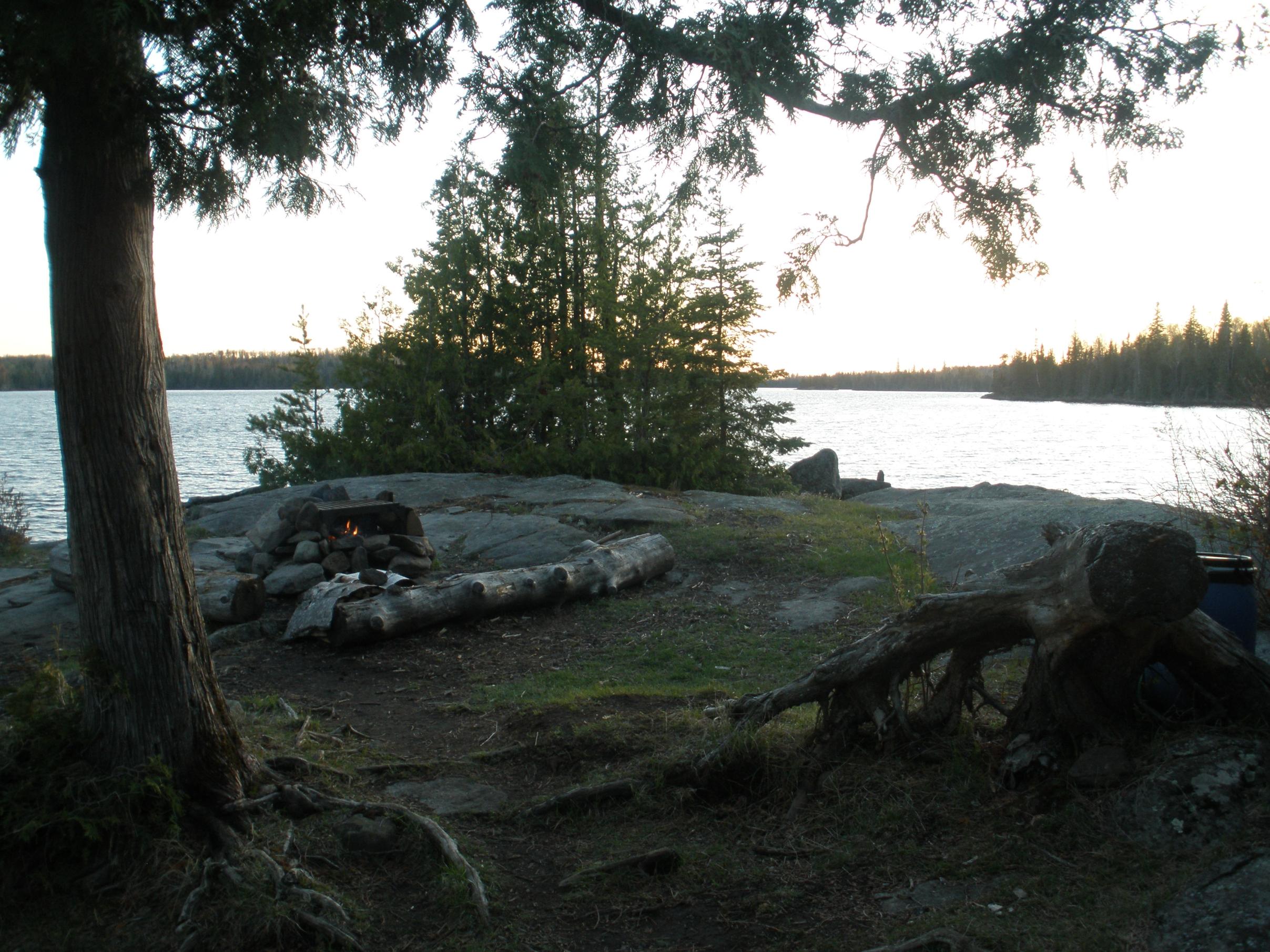