left the driveway at about 5:15 am. that was alot later than i was originally planning. oh well, not in a big hurry anyway.

arrived in ely around 10 and began looking for The Great Outdoors to meet jim for the first time. great guy. we chatted for awhile and as i was leaving, i was offered a beer...talk about tempting. i declined though and headed towards the echo trail.

stopped at the ranger station and self permitted, and hit the echo.

i had never gone very far on the echo before, only as far as the mudro turnoff. what a wild drive...i hope it never gets paved. at one point i got stuck behind a road grader. 4 mph for one mile. lost some time there.

arrived at the little indian sioux landing around noon. there is one truck in the parking area...im kinda bummed when i see that.

it seemed to take forever to get the canoe packed and floating. finally, im paddling. within 15 minutes i run into a couple paddling back out from a morning paddle. the truck owners...im happier now. :)

the river surprises me. very wide with expansive marshlands bordering it.

the wind is from the north and no part of the river affords any wind break. its nice having the wind at my back but the river twists and turns so much i often end up battling it.

definitely a wind chill. i caught the forecast when i was in ely. low tonight, 22. low thursday night, 18. now im happy i threw in a 40 degree bag to supplement my 20.

i think it would take me about another 3-4 hours to get to bootleg which would put me in camp fairly late in the day. i decide to take bogwalkers advise and camp at a winter site right above the falls. ill sleep well tonight with the sound of rushing water 30 feet away. 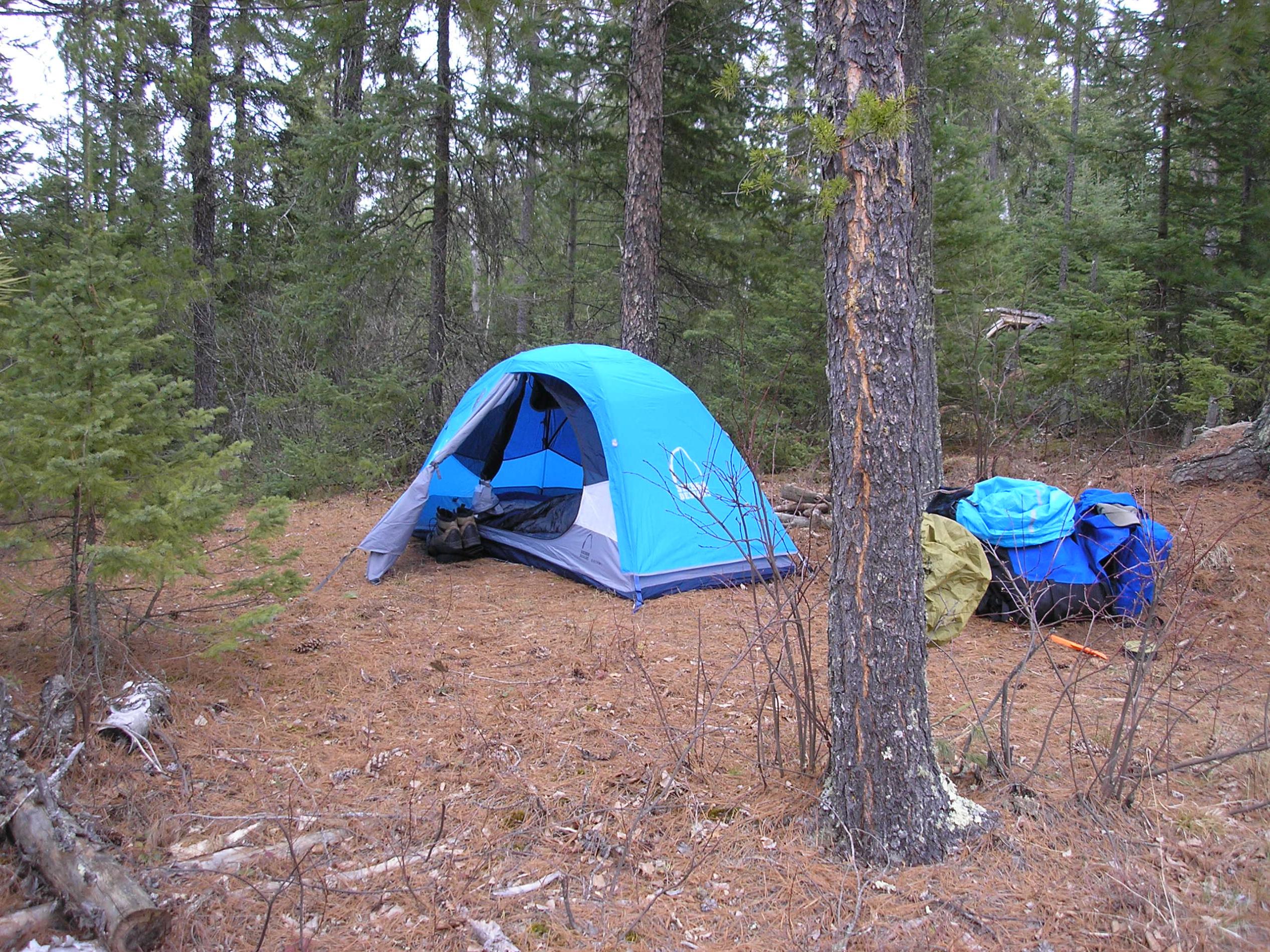 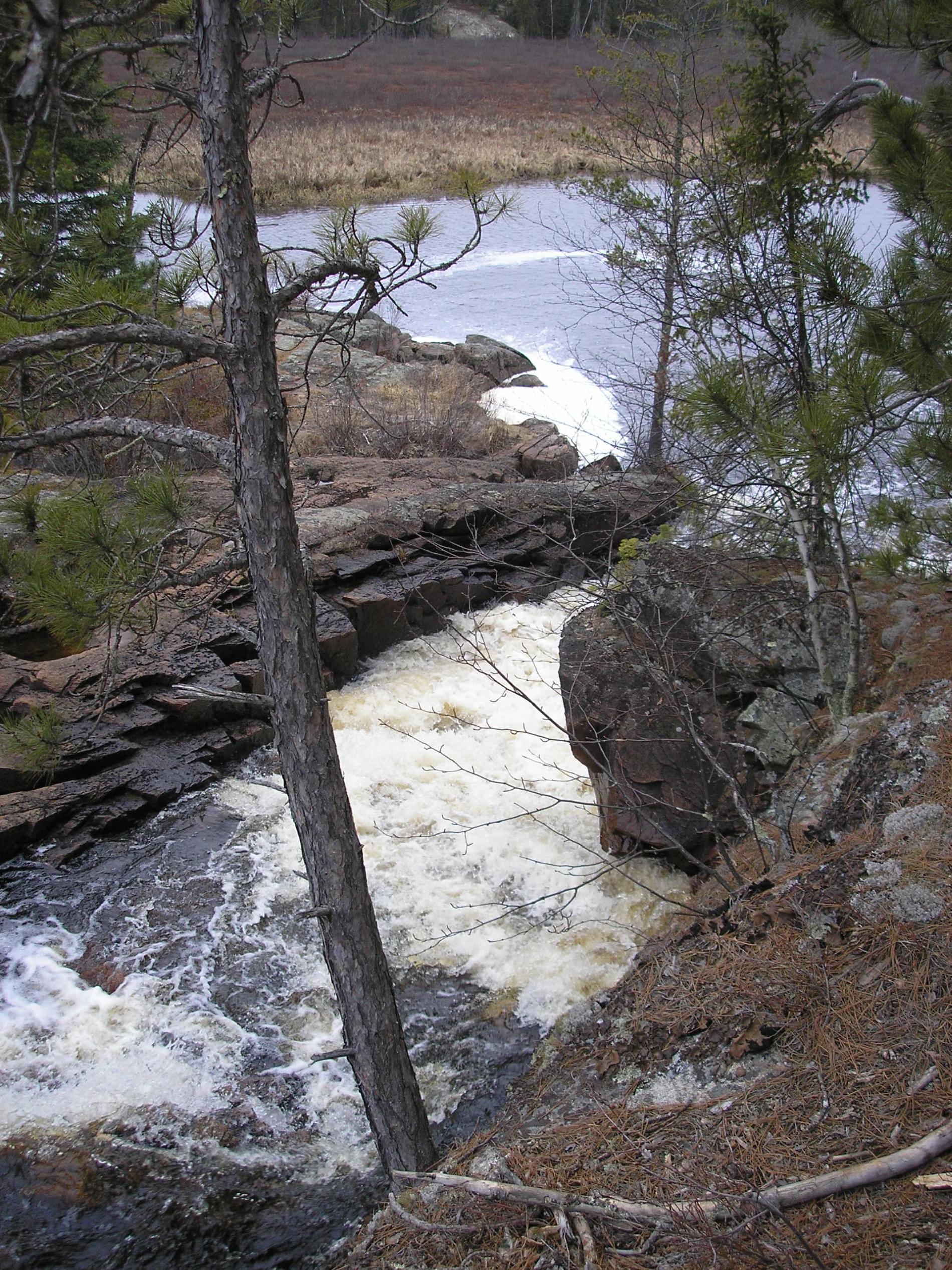 its now 5 pm and just ate dinner. its 38 degrees right now. i didnt set up the tarp, wish i would have...the wind is ripping thru here now. im shivering so i add another layer of fleece and throw on the raingear.

this is sad. even though there is a ton of firewood at this site, i wont be having a fire tonight. its a winter site, not an official one. not even a fire ring is present. hey, thats ok...its just good to be up north again. ill have a nice fire on bootleg tomorrow night.

for wildlife its just been ducks, mergansers, many robins and one osprey so far.

this is the first trip in years where i dont have a "certain something" in the back of my mind. its a great feeling, one im not used to yet. lol

at the last moment i packed my little grundig radio. i guess that even though i love solo trips i also enjoy the human voice.

sleeping will be interesting tonight. the coldest ive ever camped in before was 28 degrees. tomorrows 18 degree low will be even more interesting.

its difficult to write with wool gloves on. its 35 now. its been a totally grey sky since i got here.

its 8 and without a fire i hit the bags. hope i can stay warm.