We left the little one at Grandma and Grandpa's for the weekend. We got up at 4:15 AM and drove to our entry point (EP #16 - Moose River North). On the Echo Trail we saw a moose, which was a good start to our trip. 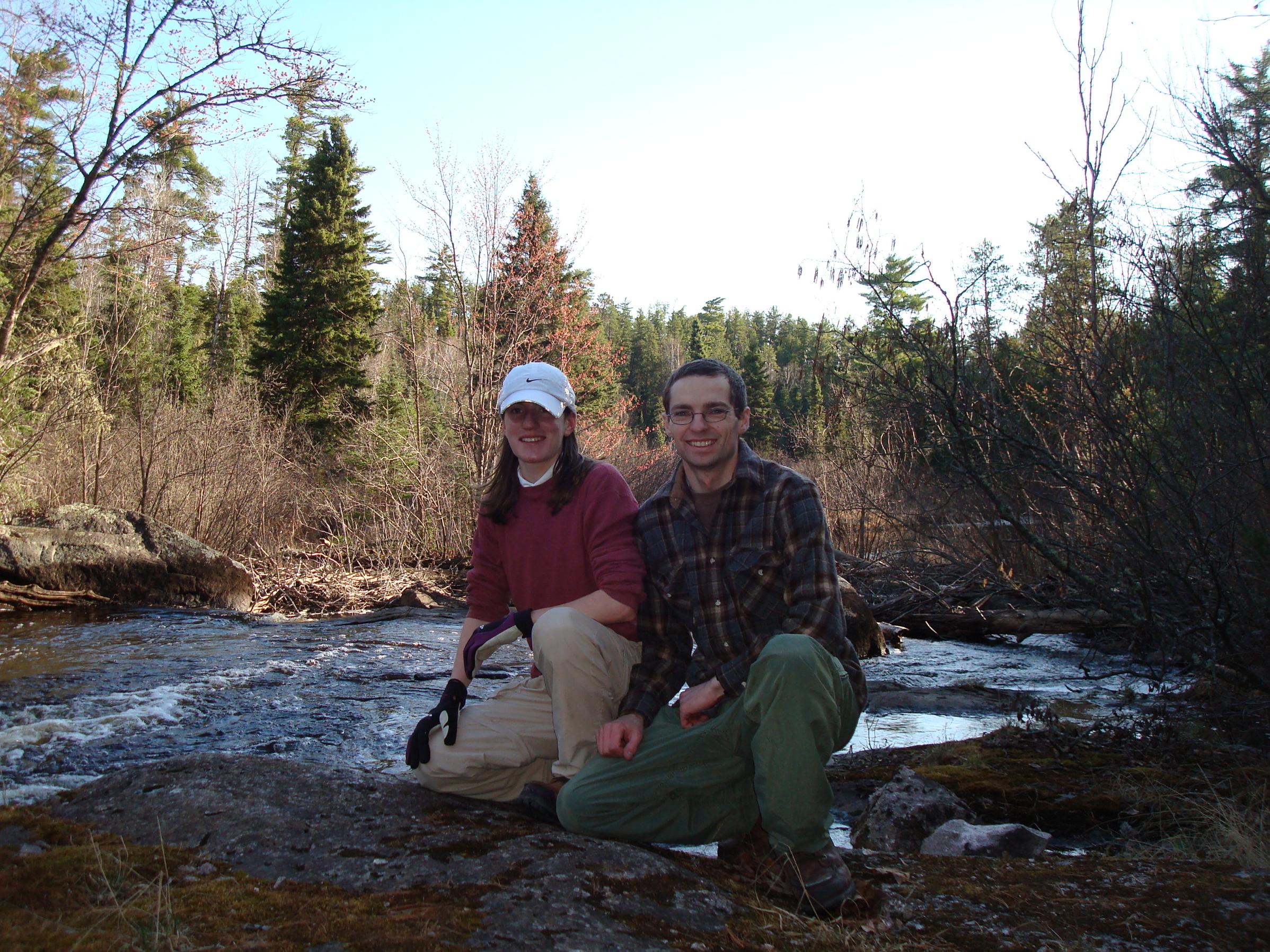 We stopped at "Top of the World" to hike it for the first time. We both thought the view was spectacular.

Auralee at "Top of the World" 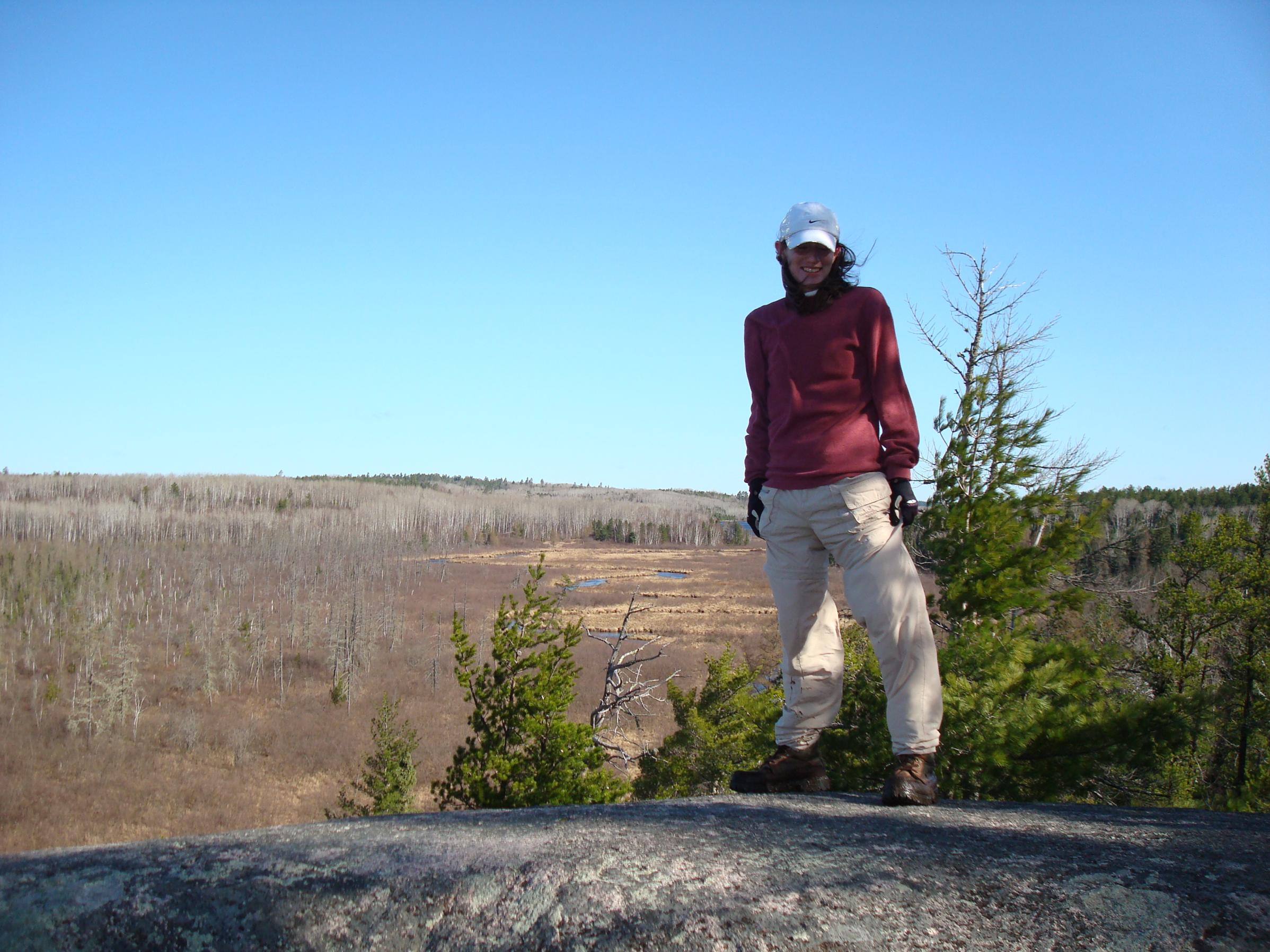 I could see white caps on Nina Moose from the top, so I knew it may be rough going. I was right. Once we hit the lake, we had to paddle for all we were worth. We made just a few inches on each paddle, and on the gusts, it was all we could do just to stay in place. We eventually got across, though, and were thankful to be back on the river.

We saw a soloist at the next portage. He said that he hadn't expected to have to share this area with us, and I could say the same. He was on his way to Oyster, while we were going to LLC, so we eventually parted ways.

Taking a break after a portage 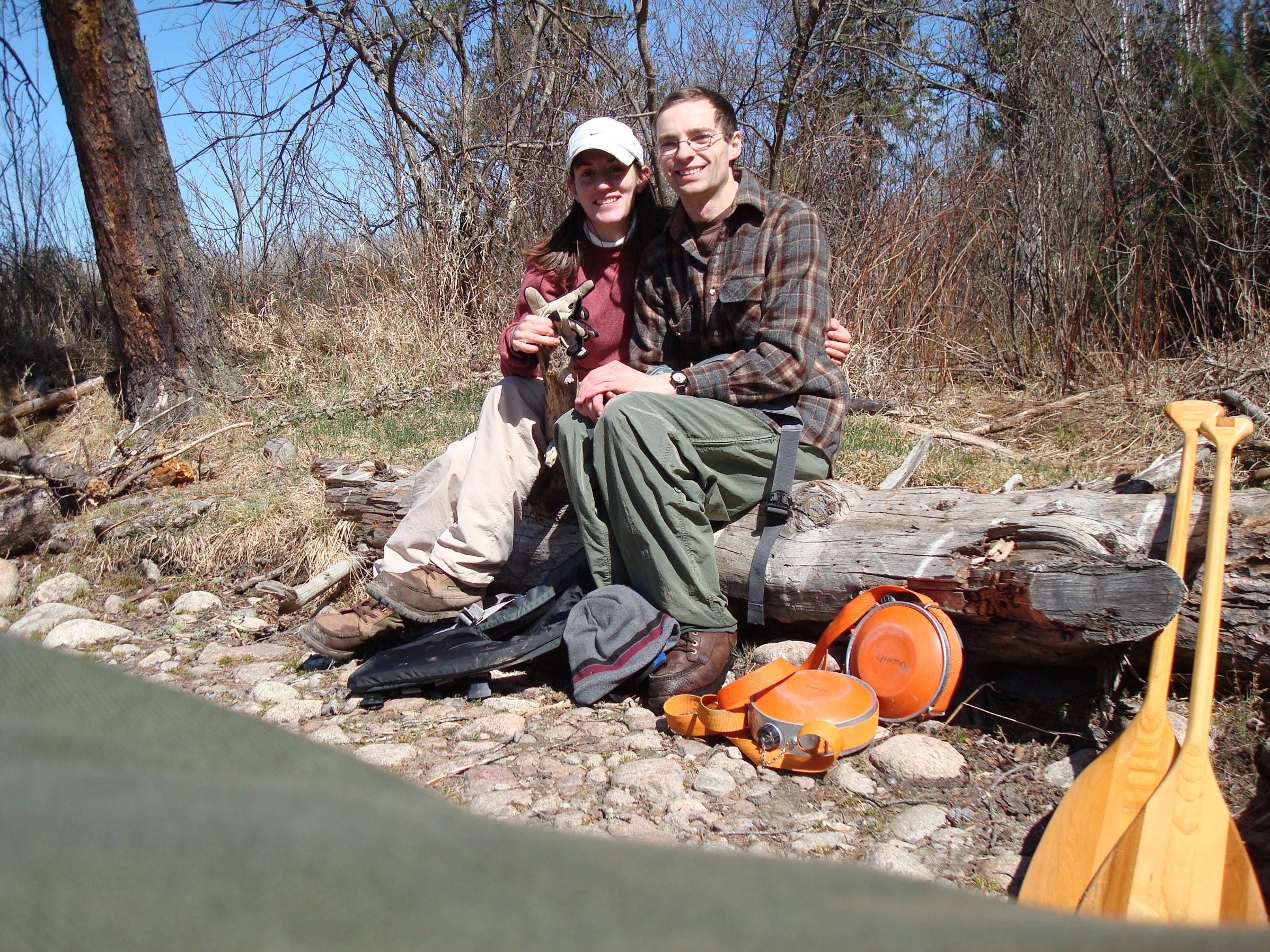 Knowing what the wind was like on Nina Moose, we weren't sure if we would be able to get across Agnes. We stopped at the campsite by the Oyster Lake portage to have lunch and discuss what we should do. It was a much needed break, and after eating we decided we were up to trying to get across.

Even sticking to the western shore was tough. If we got more than a few feet away from the shore, the wind would try to drive us to the middle of the lake (where we really did not want to be).

We eventually made it across. We were both starting to get tired, but we didn't have too much further to go. The first portage was uneventful other than the canoe getting blown 180 degrees at the end of the portage when the wind caught it. The pond/bay between the two portages was pure white caps, though. It was hard just to get away from the portage, and then I thought we would be crushed up against the rocks on shore. I didn't time how long it took us to get across, but it was too long.

Our first view of LLC was not comforting. We decided that we could only make it to the first campsite across the bay, so we hoped that it was nice. The wind had died down (a little) for the moment, so the first stretch wasn't as bad as Nina Moose and Agnes. However, when we were just a few yards from safety (the leeward side of a point), the biggest gust of the day almost capsized us - which would not have been good since the water was barely above freezing. The gunwale actually dipped below the surface for a split second before we righted. I yelled for us to get down on our knees to prevent any further mishaps. 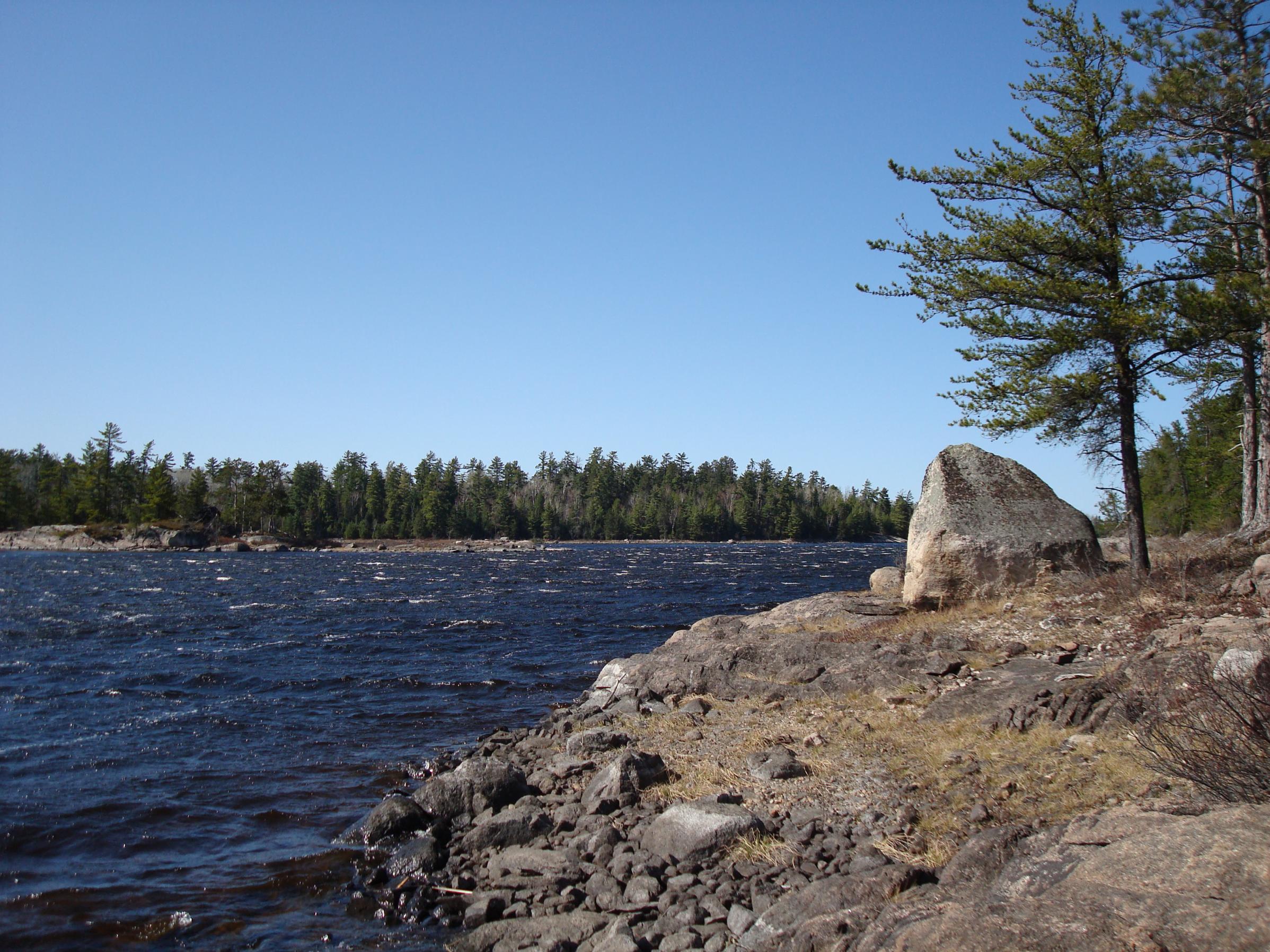 After struggling across that small stretch of water, we finally made it to the campsite at about 3:30 PM. The campsite was everything we could have hoped for. It was protected from the wind, was nice and open, had a nice kitchen, and had a comfortable bed of pine needles for the tent. We decided that eight hours of paddling had been worth it.

We set up camp, made dinner, and relaxed for the rest of the evening.