Trip Type: Paddling Canoe
Entry Date: 05/09/2010
Entry Point: Moose/Portage River (north) (EP 16)
Exit Point: Fall Lake (EP 24)
Number of Days: 6
Group Size: 7
Trip Introduction:
I just got back from leading a 6 day trip covering about 75 miles from EP 16 to EP 24 during the period of Sunday, May 9 through Friday, May 14. We had seven in the group and the fire ban was in effect until noon on Friday, which did us no good. For the first trip I had planned and led, I thought it went very well. The trip length did not allow room for layovers days in case of bad weather so we pushed on despite the rain or sleet on Thursday. This was my first May trip to the BW, and I think the pluses outweighed the minuses over the July or August trips I had taken in the past. I hope this trip report will be helpful to those planning a similar trip. I found this website very helpful in planning my trip.
Discuss Trip: View Discussion Thread (18 messages)
Report
We put in on Moose River North EP 16 on Sunday afternoon and only went as far as Nina-Moose Lake the first night. The second night we spent in the Tiger Bay area of LLC. The third night we spent just east of Curtain Falls at the beginning of Crooked Lake. The fourth day we paddled the entire distance of Crooked Lake down to just south of the pictographs near Basswood River. On day five we went through the Basswood River portages and camped just south of the Basswood Falls area on Basswood Lake. On day six we paddled out to the Fall Lake EP 24 where we had a second vehicle parked to go get our other vehicle and trailer at EP 16. That two hour round trip shuttle time was not great, so I might look for a nice loop trip next time to obviate that factor.

We did not encounter any bears or moose on the trip. For that matter, we did not encounter any other human beings for the first three days on the lakes. There were practically no mosquitoes and black flies were non-existent. However,we did attract some ticks. The worst times were an all-day and night rain (including some sleet) on Wednesday. (I guess that helped get the fire ban lifted so we were helping the campers coming in after our trip.) We got caught in some high winds on a late afternoon/early evening excursion to Warrior Hill and the pictographs on Irving Island on LLC which made the paddle back to Tiger Bay very difficult. We also had some strong winds going east from Curtain Falls at the west end of Crooked Lake. We had high temperatures near 60 on the first 4 days, followed by a 40 degree high day and a 50 degree day. Nights were all in the 30s. We stayed dry and warm in the tents and sleeping bags with plenty of sleeping layers and socks.

We had three 18.5 foot Grumman canoes carrying 8 large Duluth packs and 7 passengers. We each had relatively small lumbar or fanny packs or packs we could wear on our fronts or around our waists to carry personal items like rain gear, snacks, water bottles, cameras, etc. I brought an Etrex Vista GPS with the downloaded MN topo maps but only used it a couple times. Most navigating was done with maps and compass and looking for landmarks and shapes of shores and islands. The hardest navigating I had was out in the middle of Basswood where Jackfish and Pipestone meet. For cooking we used a two-burner 12,000 BTU Century stove and four nesting aluminum pots. We used four 16.4 oz. propane tanks in six days. I took 8 of the tanks to be safe, but they each seemed to last for at least one hour of cooking so I carried a little extra weight there. For filtered water, we used a Katadyne Base Camp gravity filter supplemented by two hand pump filters. We hung two bear bags each night. Our dinners were all freeze dried Mountain House and Marine Cuisine brand meals (all very good) with some Marine Cuisine blueberry cheesecake and Aldi pudding cups and jello cups for desserts. For lunches we did peanut butter or PB&J or tuna mixed with Miracle Whip on soft tortillas, supplemented by snack bars, cookies, jerky and dried fruits. For breakfasts we had oatmeal with granola, or pancakes, and dehydrated hash browns. (I bought them from Sportsman's Guide recently and they were very good.) We drank more hot drinks than cold drink mixes, but I had plenty of both since the weather was unpredictable.

Our group's members ranged in age from 20 to 69 years old but they all worked together well and made a good team. Four of us two-tripped each portage but that worked out fine because some were faster on the trails and better able to handle those rigors than others. We covered a lot of territory and some members were more challenged by the route than others. The next trip I might plan a little shorter. Some members did not have the greatest gear and I think I will be a little stricter on that in the future to control our weight and number of packs. I also might invest in some Jetboils to cut down on my 13 lb. stove weight and speed up the boiling.

I hope this report will be of some assistance to readers. I know we were not the most experienced or skilled or best geared group around, but groups in the BW vary greatly in those regards. The most important thing is to enjoy the trip and scenery and make it out safely. 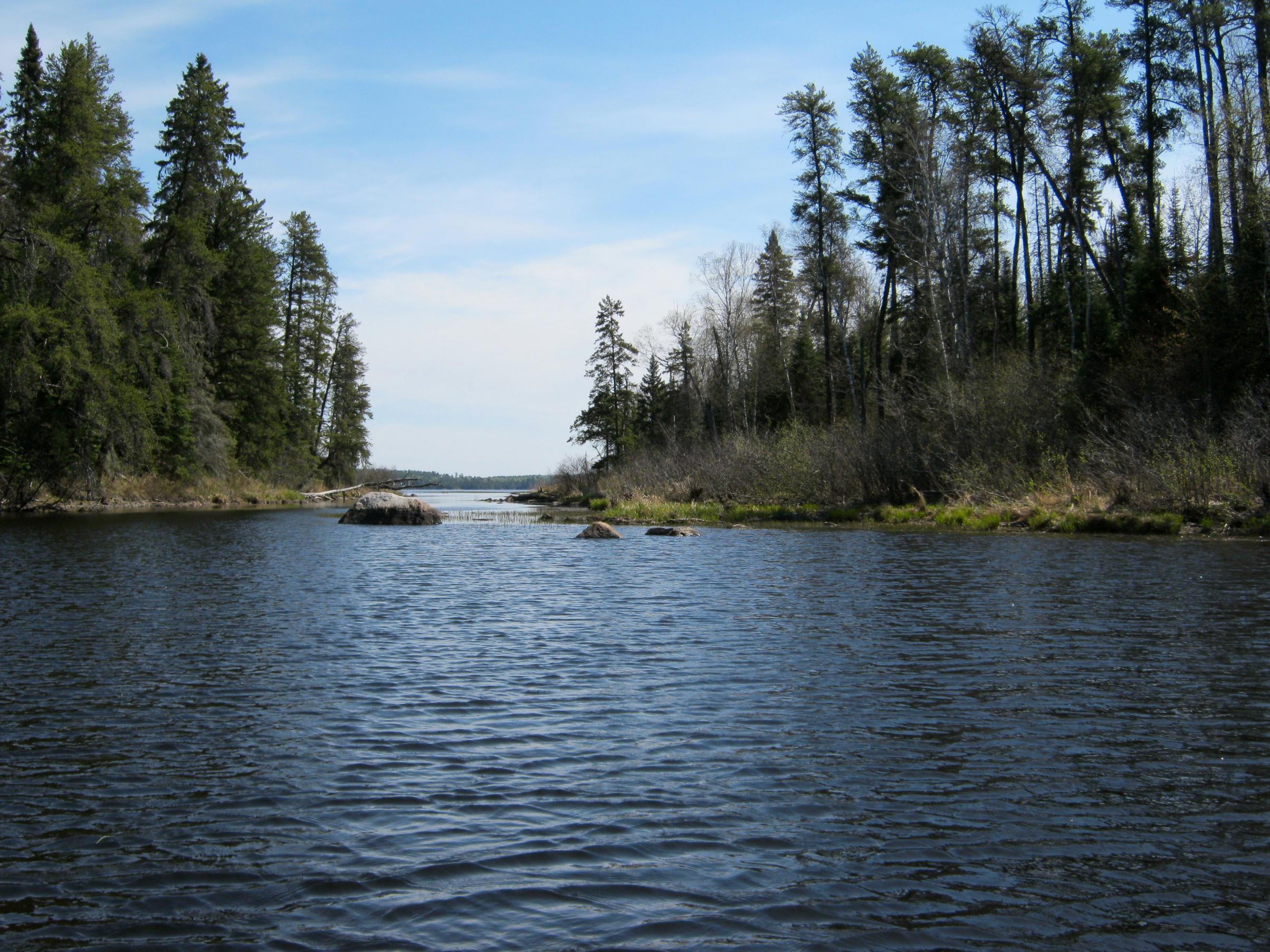 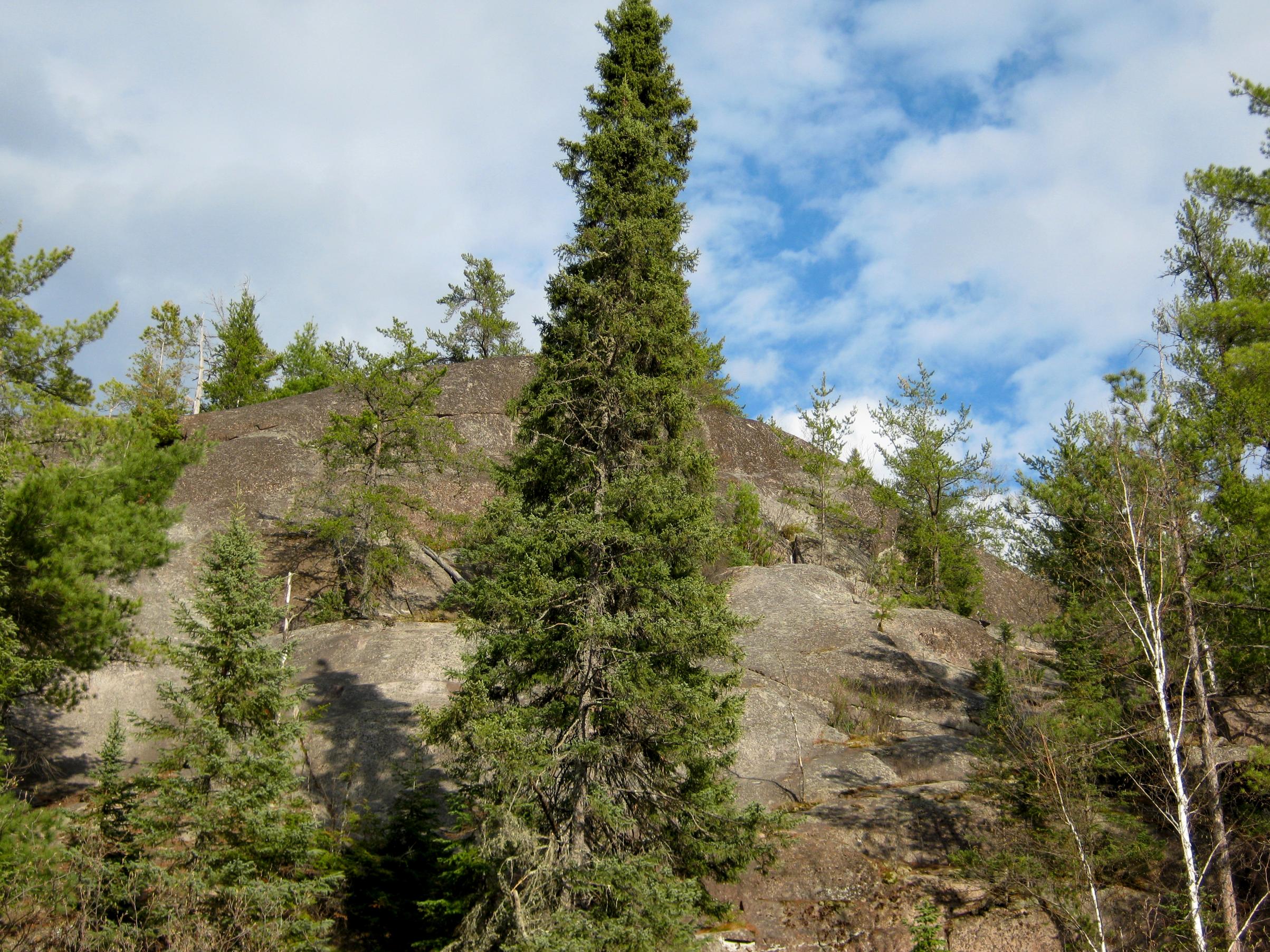 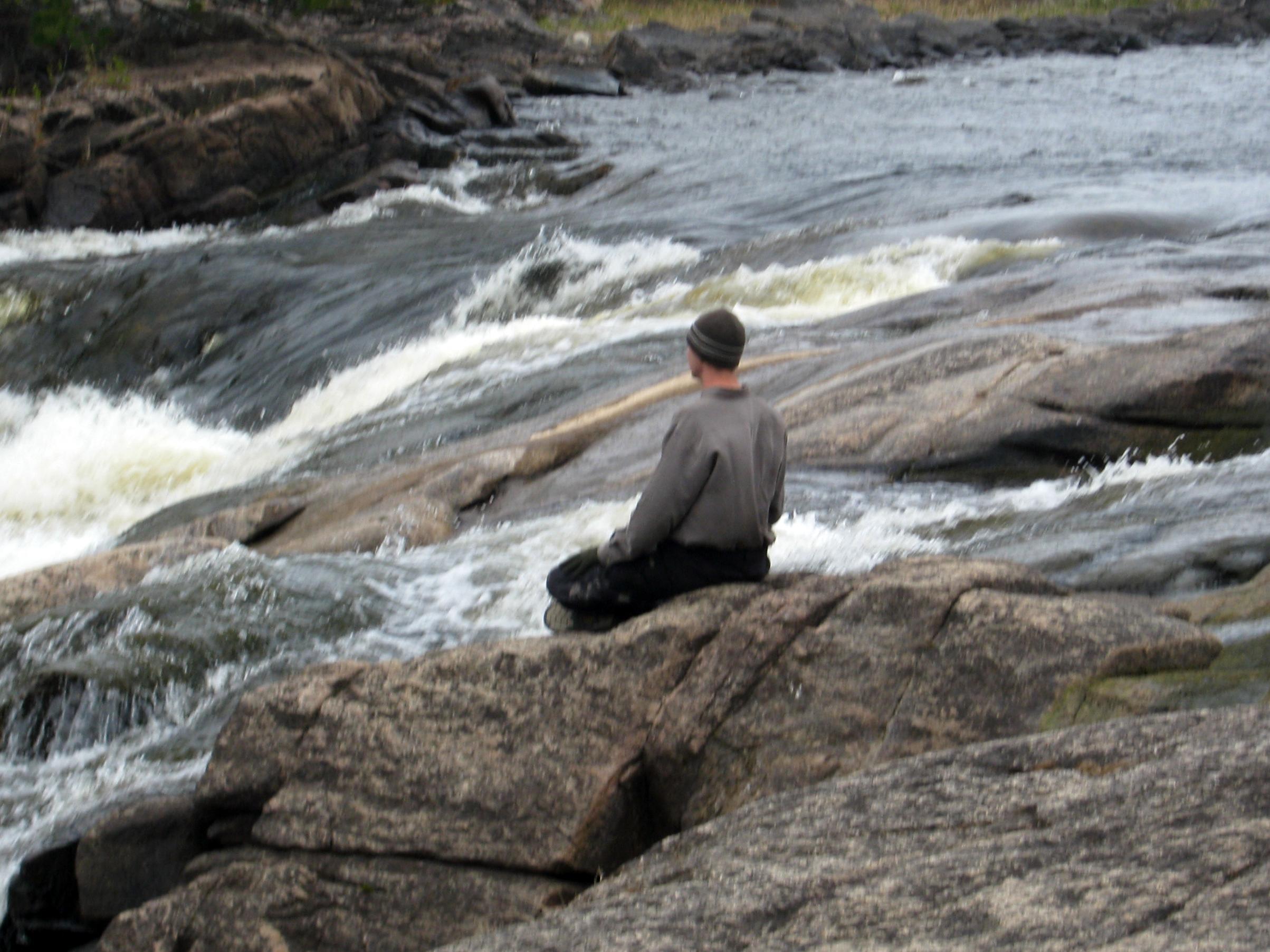 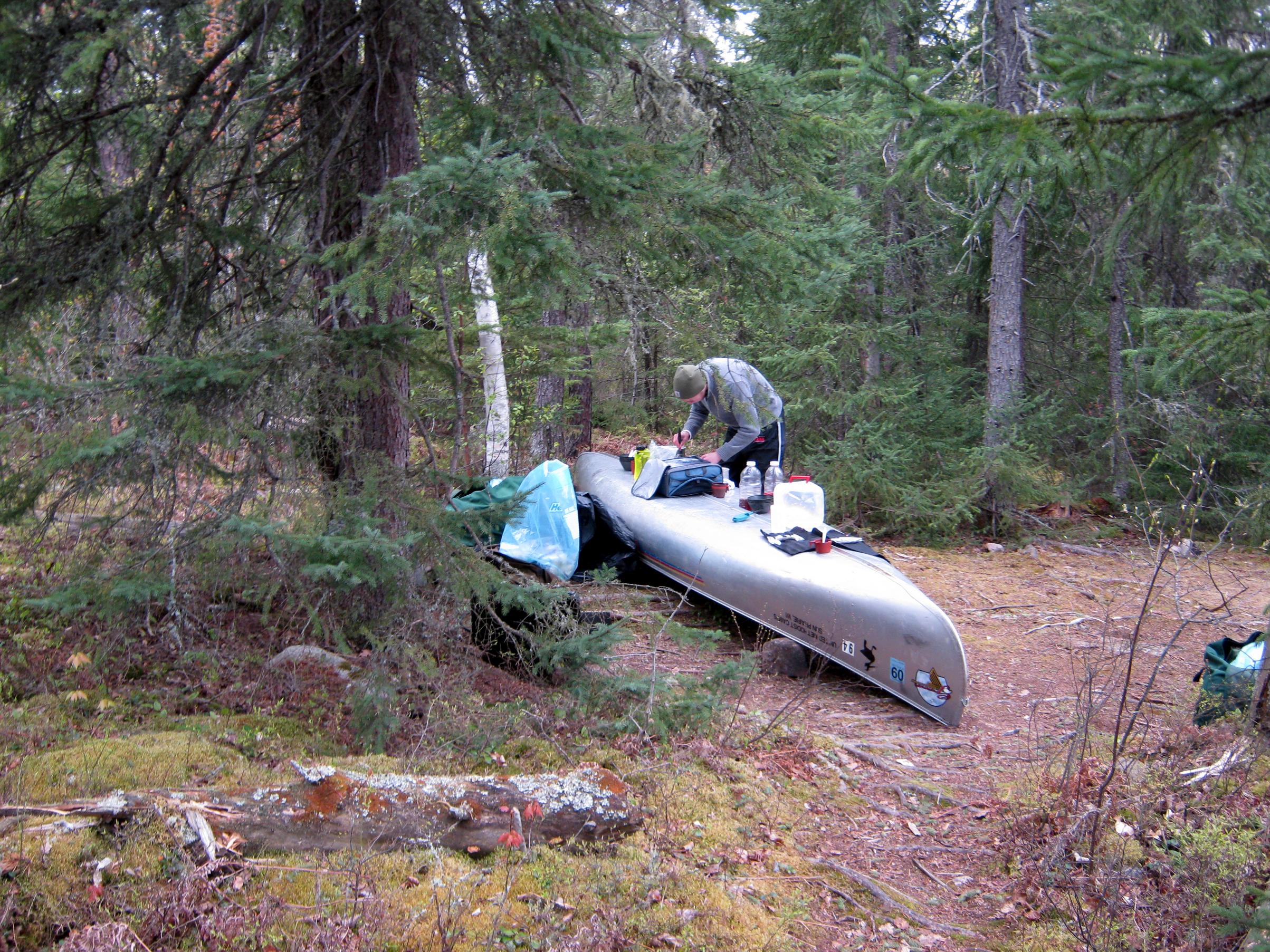 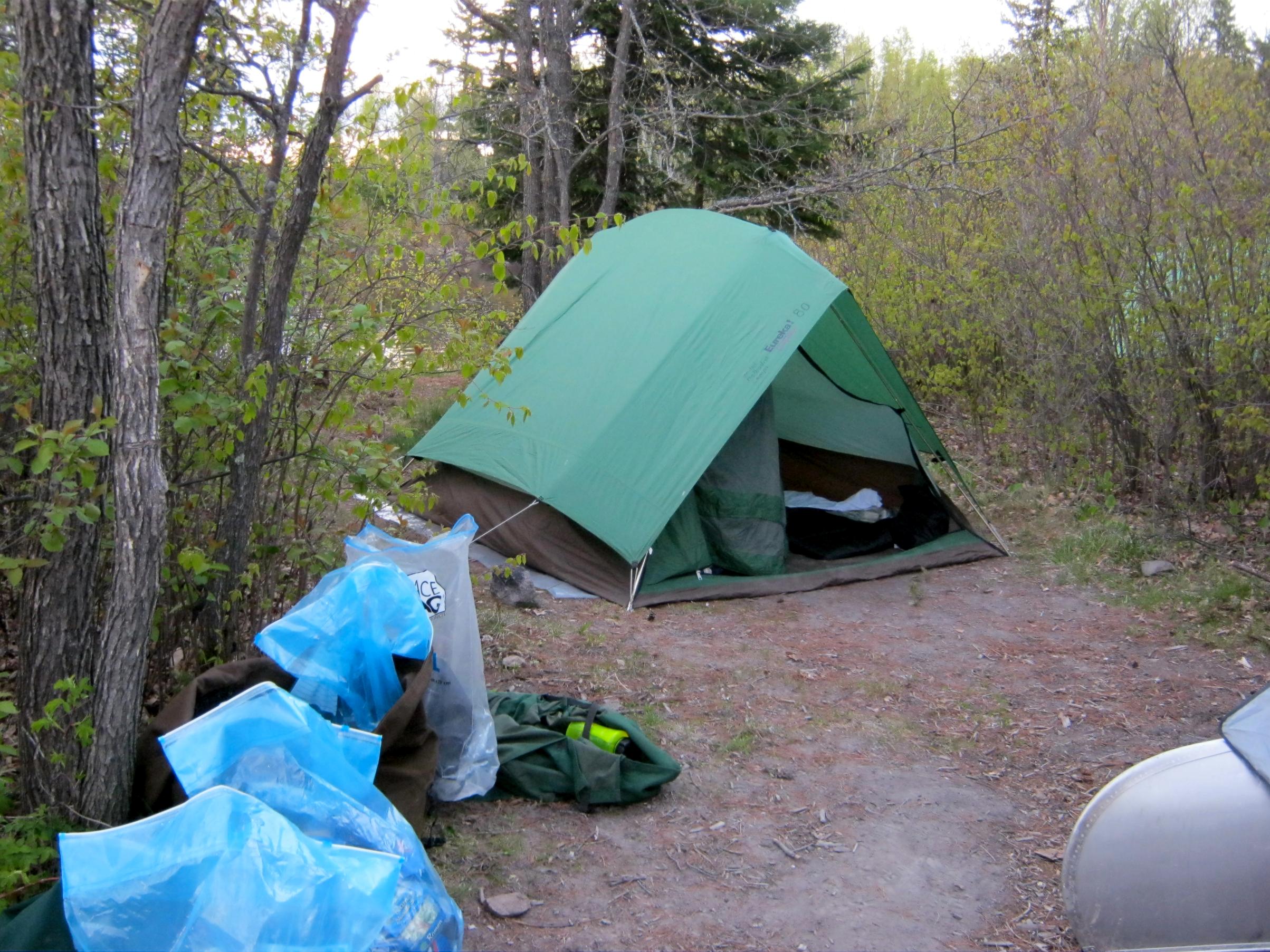