Trip Type: Paddling Canoe
Entry Date: 05/15/2010
Entry Point: Missing Link Lake (EP 51)
Exit Point: Brant Lake (EP 52)
Number of Days: 7
Group Size: 2
Trip Introduction:
Discuss Trip: View Discussion Thread (35 messages)
Day 1 of 7
Saturday, May 15, 2010 There I was standing in my driveway, with my packs, food pack, canoe, and gear waiting to be loaded onto Mr. Barley's truck. I had just finished mowing the lawn, and chatting with the Census worker,(yes, I didn't send in my form), when he arrived. I was really pumped for this trip! Mr. Barley arrived, and we quickly loaded up my gear. I quickly gave Mrs. Plums some "lip service", said goodbye, and we were off. We arrived at Gunflint Lodge at about 10pm, and we were met by our friend Sheryl, she was waiting for us, standing in front of her house. Sheryl is an old friend (not age wise), we used to ride the school bus together. We hadn't seen each other in 30+ years, so we talked till about 1 am, getting reacquainted. Thanks again Sheryl for putting us up, or should I say putting up with us. We got up at about 6:30 am, and headed down to the Lodge for breakfast, if you've never been to Gunflint Lodge, you have to visit, it's a living piece of history, and the food is awesome too. After breakfast, we loaded ourselves into the truck, and we were off to Tuscarora Lodge, to leave a special gift for LilCowdoc. No doubt she's already enjoyed the "Beer Medley" that Mr. Barley prepared for her. I hope it brought a smile to her face, after a hard days work. A special thanks to Sue at Tuscarora lodge for accepting the "Beer Medley" in LilCowdoc's behalf. Also, for updating us on the low water situation at Gotter Lake. We unloaded out gear at the Round Lake landing, and quickly paddled across the lake to the Missing Lake portage. We crossed the portage without a hitch, and paddled across Missing Link Lake toward the Tuscarora Lake portage, the first test of the day. The weather was sunny, and cool, and not a cloud in the sky. The Tuscarora portage was fairly muddy in spots, and required some fancy footwork. That's when I strained my calf muscle on my right leg. It started out as a tiny little pain, but gradually worsened, and tightened like making a fist. I limped across the portage, and made frequent stops to try to stretch it out, but it was no use. We "leap-frogged" across the portage. I started out carrying the food pack, and my Bell Magic together, but the extra weight on my leg was a bad idea, so I put the canoe down, dropped the pack, and carried the canoe across to the other side. Mr. Barley had to go back quite a ways to get the pack. I was done, my leg was throbbing by now. With the Tuscarora Portage behind us, we decided to give my leg a rest, and change our plans and stay on Tuscarora for the night. We found a good site near the portage into Owl Lake and set up camp. We fixed a nice dinner of giant shrimp, and Alaskan scallops, Yummy. After dinner we headed out to see if we could catch a few Tuscarora lakers, and quickly landed a few. Mr. Barley caught a big sucker, and accidently dropped his landing net in the lake, while dealing with the sucker and it quickly sank to the bottom. So if you are trolling around someday and catch a net, it'll be compliments of Mr. Barley. We headed back to camp about sunset, and built a small fire, and it was off to bed, about 10 pm. 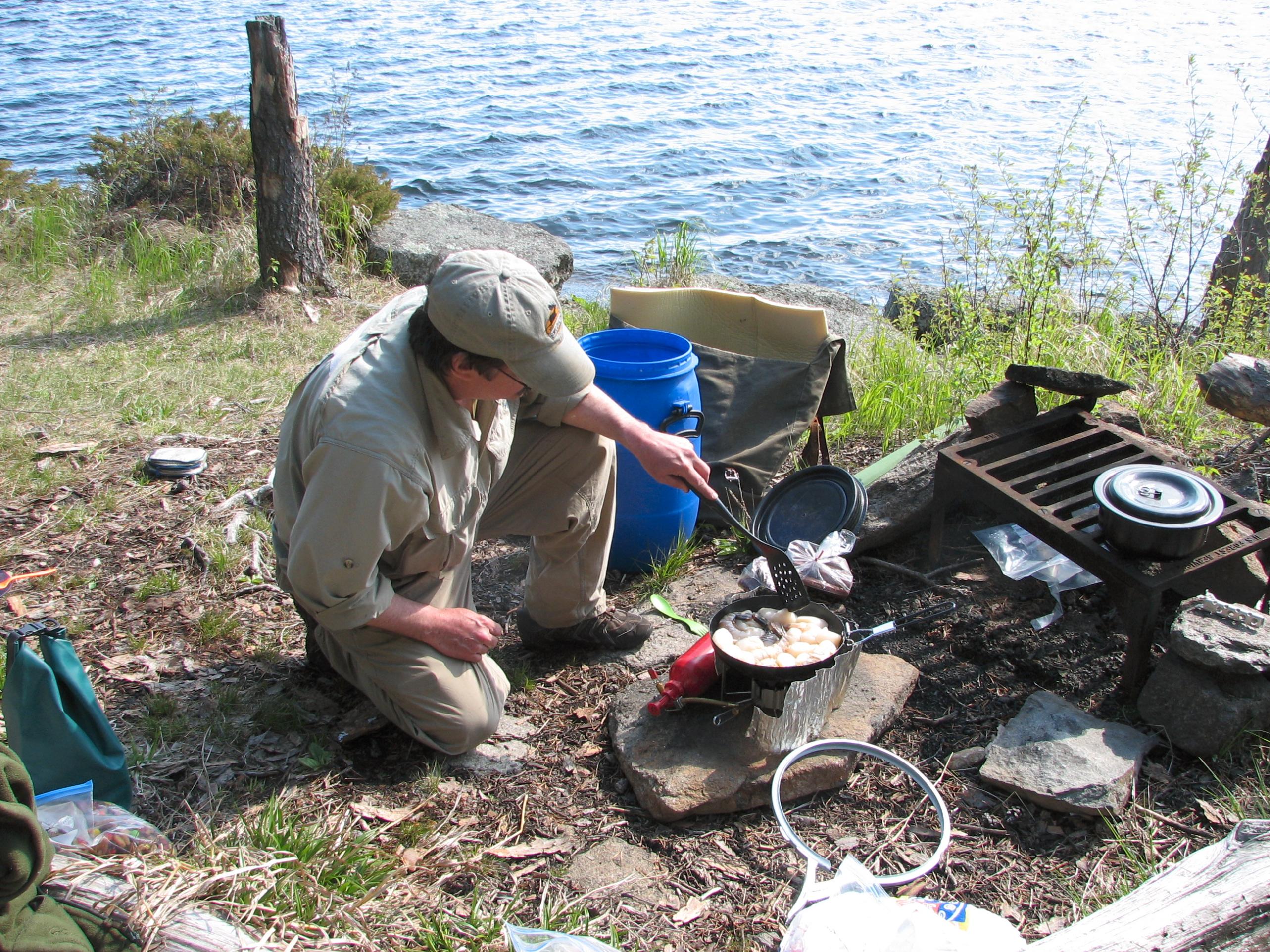 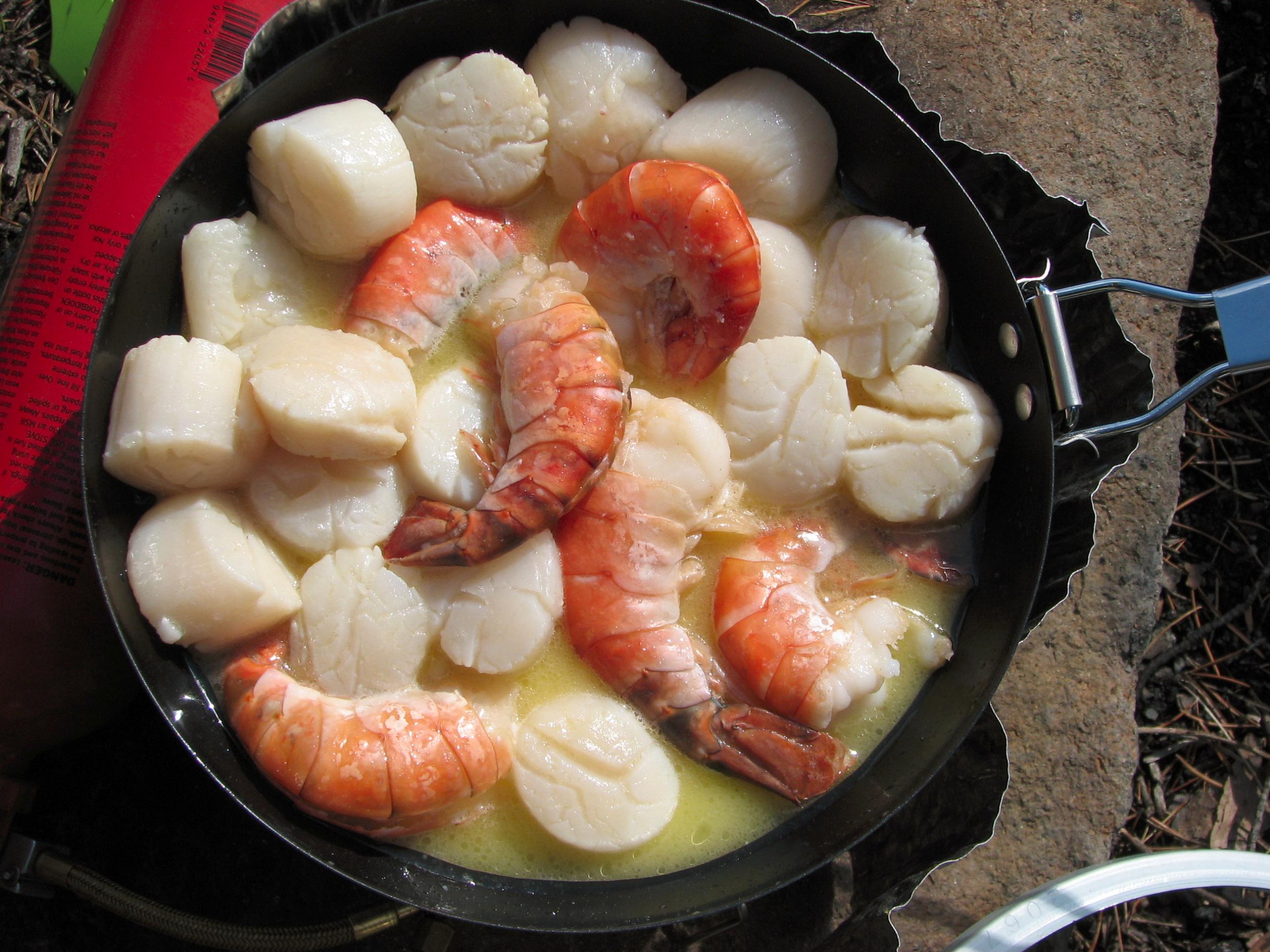 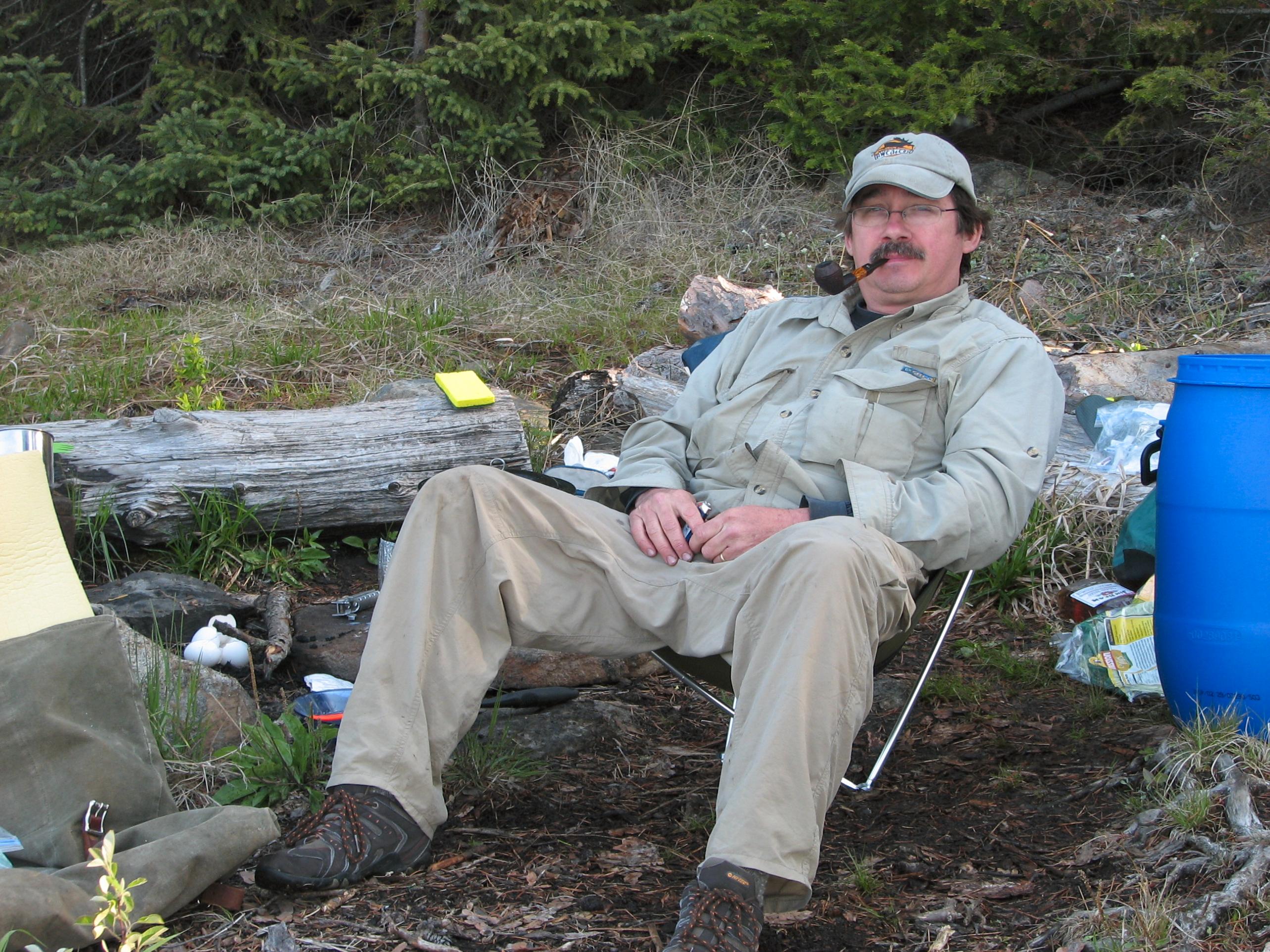