Trip Type: Paddling Canoe
Entry Date: 06/07/2010
Entry & Exit Point: Quetico
Number of Days: 10
Group Size: 2
Trip Introduction:
Another great Father/Son Quetico trip completed and in the special memory bank. This would be my son Alex(12) and my fourth trip together in as many years. We like to base camp and spend our trip with quality time fishing, taking pictures, talking, relaxing and just plain goofing around. Since it takes me forever to complete the long versions I'm going to try and produce a short summary of our trip with pictures just a few days after returning home. Let's see how this works?!
Discuss Trip: View Discussion Thread (9 messages)
Report
Left Illinois on Sunday June 6, 2010.

As with the past three trips this would turn out to be another great trip and experience with my son.

As usual Deb at Seagull Outfitters and her staff made us feel very welcome, important, did a great job getting us started, back in and cleaned up...what a nice polite group. 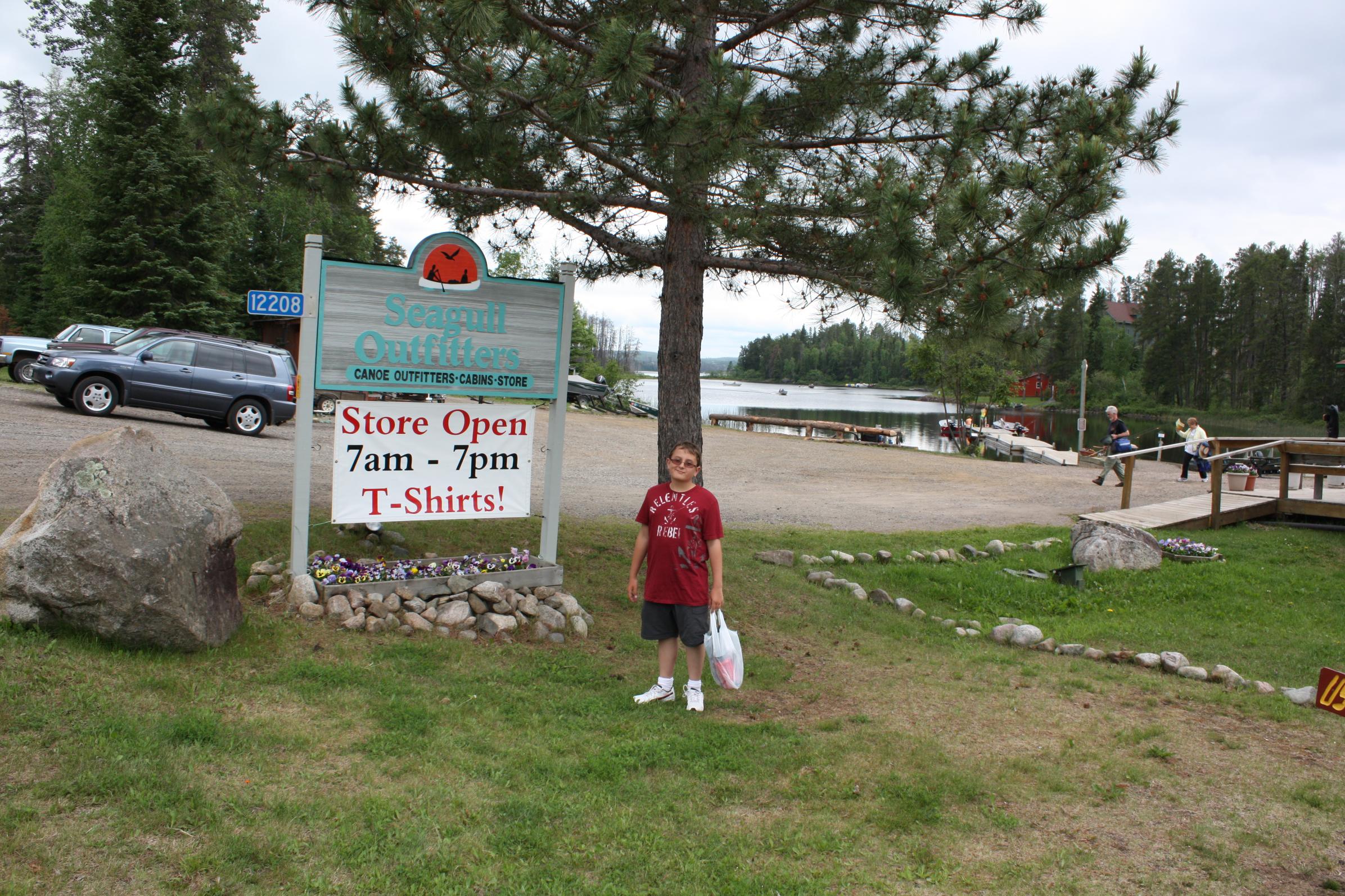 Left on our tow boat to Hook Island on Saganaga around 730a.m. Another gorgeous morning with light winds, sunny skies and pleasant temperatures. The exact same weather we've had the past three trips heading out. When will our luck run out?

Here's a summary of the of the highlights, low points, etc.

Weather....the best days we had weather wise were the days on the portage going in/coming out, otherwise it rained everyday. I actually like rain but not the kind that hangs around for hours and hours with no signs of moving off. The low, heavy, gray clouds just seemed like they wanted to circle us for eternity. Like I mentioned I like rain and fishing in the rain but getting out of wet clothes at the end of the day and then putting on wet clothes at the start of the day gets old....but we made the best of it. A few of the worst hours we spent in the tent laughing and laughing about different things, stuff you normally wouldn't talk about or think of talking about at home. The gray, no sun and wet weather cut into our picture taking this year. 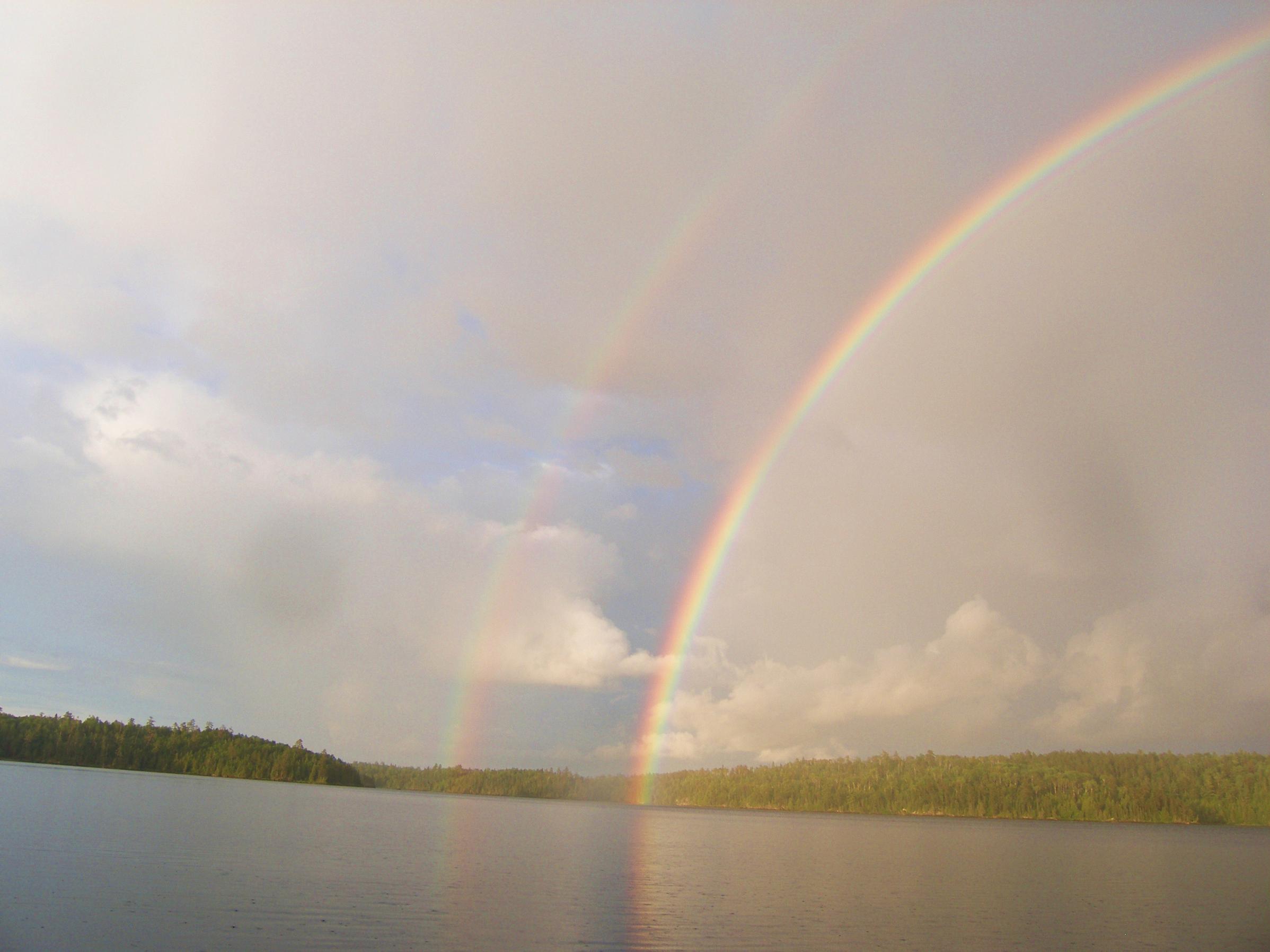 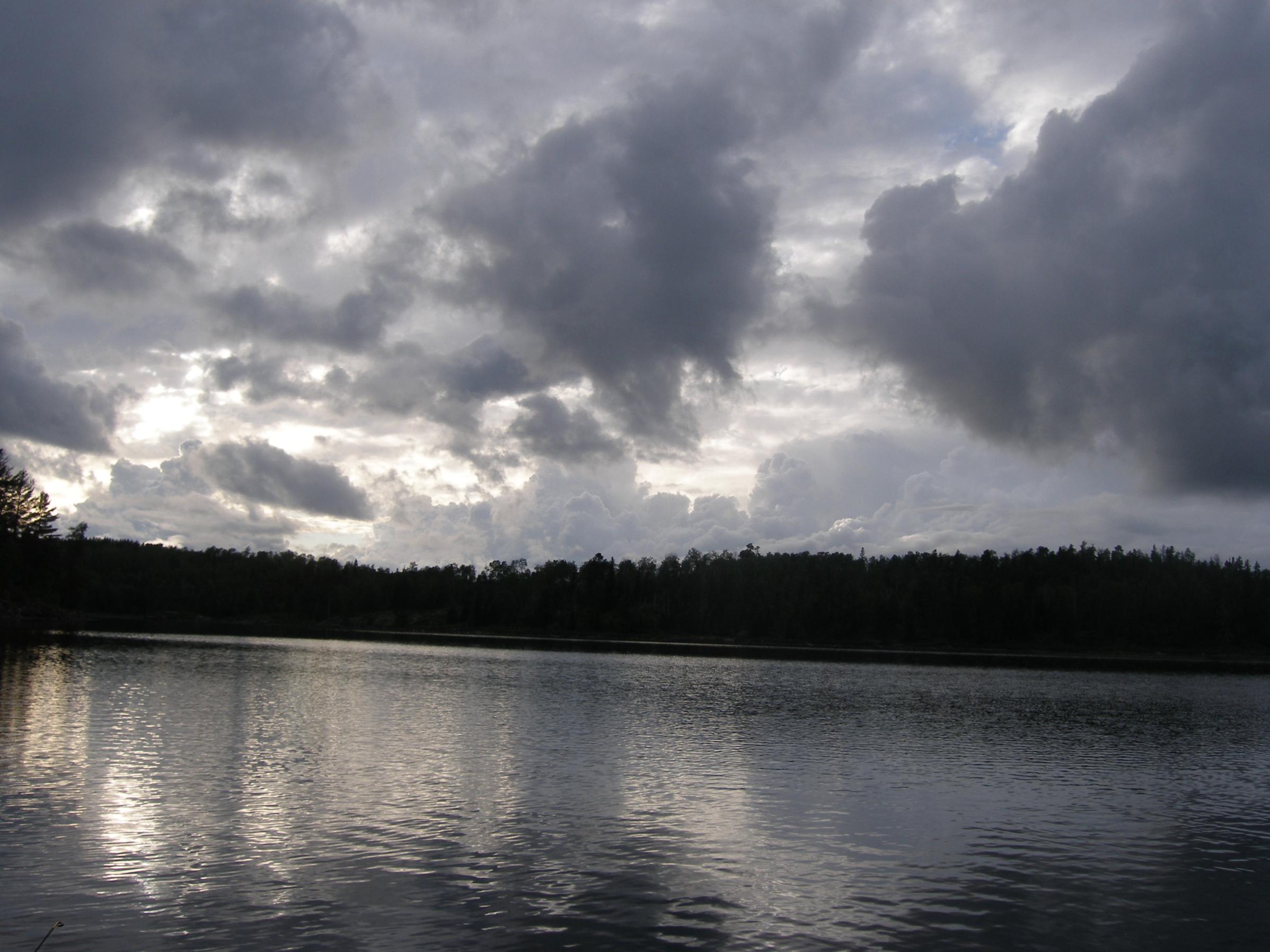 Bugs....I can't believe it but there were hardly any of the kind we hate...skeeters and black flies. Even the Silver Falls portage was absent of bugs. For the first time we portaged in our shorts instead of long pants. We never used bug dope or head nets and that's saying alot since my son is usually wearing his head net in the Seagull Outfitters store and our car. Dragon flies were out already and for the first 4-5 days of the trip the mayflies were hatching pretty good. Many adults sitting on the rocks drying out their wings and the empty carcasses of their nymph life floating in the water.

Water levels...boy were the water levels low. 3-4 feet below the last two years. I thought 2007 was low but this year the level was even lower. Makes landings interesting but the biggest bummer for us was all the good shoreline structure is out of the water. One advantage to the low water is if the wind was too bad to be on the main lake and control the canoe you could land anywhere then fish and walk for a good distance. No fire ban...fire threat at the Cache Bay ranger station going in was high one level from the worst of severe. Even with rain everyday the fire threat was still high going out. Checking the history of the days we were out it really didn't rain all that much. Temperatures never made it out of the 60's and a few days not out of the 50's. 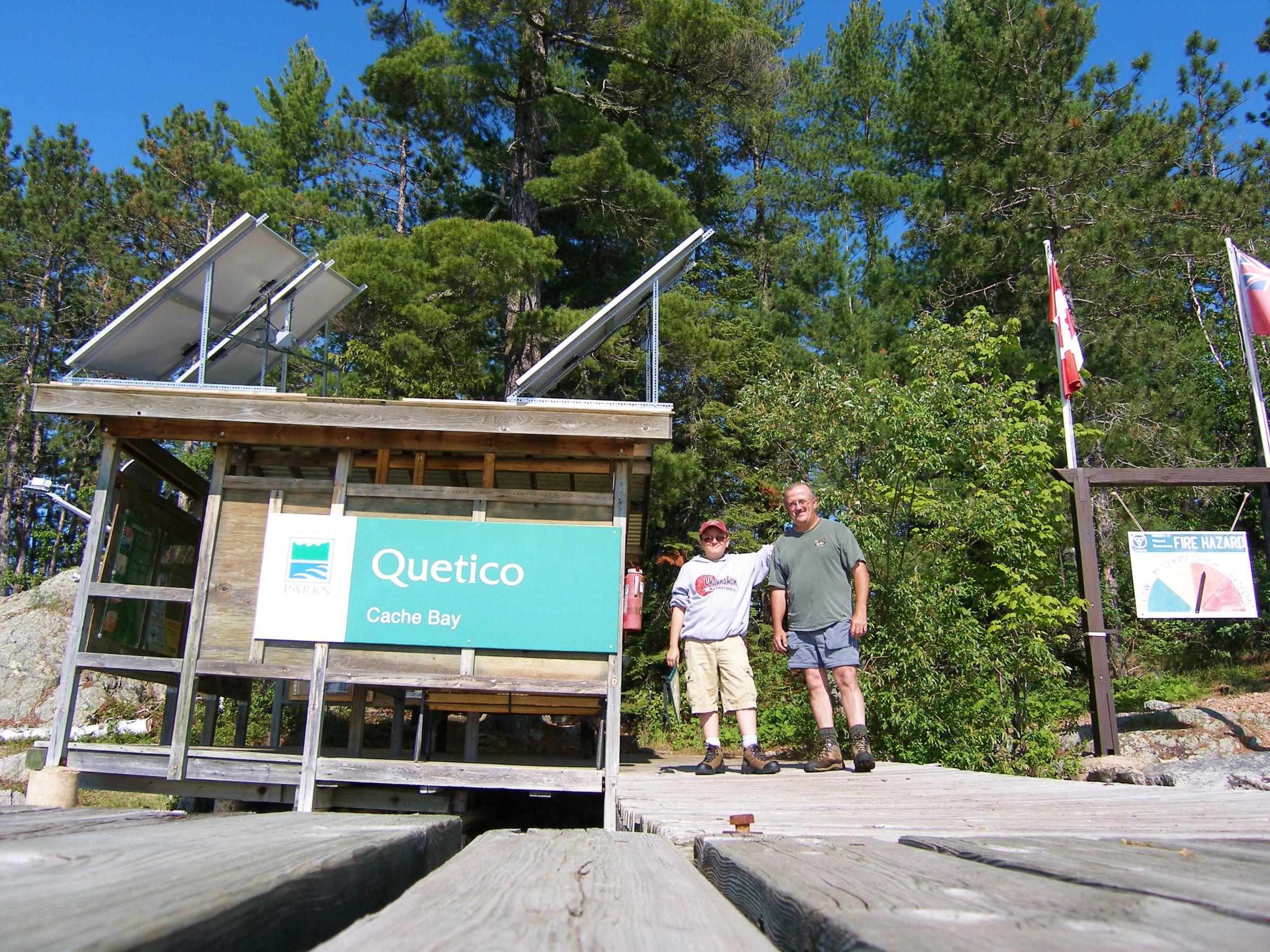 The all important "fishing report" If I had to rate it, it would be somewhere between "could be better" to "good", if that makes sense. The pike fishing was on fire for all but the last two days. I was actually getting worn out landing & releasing all these big fish. Having to wear my rain gear just about everyday helped from drowning in pike slime. Our landing net is trashed. Smallmouth fishing, numbers good, quality not so good. It was the same I experienced back in 2007 with low water levels and just recently spawned out fish. Getting a 16-17" smallie was a challenge and no 20" this year...not sure if it was one factor or a combo of all, low water, record early ice out, mayflies, water temps actually dropping all week instead of rising. Tried everything and every where for some bigger ones...a few but not what we were hoping for. Lots of tiny newly hatched smallies in the shallows. Got some nice walleyes but nothing consistent for a pattern...caught some in a back bay with mud bottom(feeding on mayflies hatching???), some dandies in 17 feet with rock and sparse weeds, and some others in another bay with a combination of rock, wood, mud, weeds. No lake trout, didn't fish for them, one gigantic Whitefish 30", biggest I've ever caught. One turtle. We caught and released well over 400 fish(we actually count just to be accurate) and that's without fishing hard on 3-4 of the 10 days we were out and not fishing at all on the day coming out. 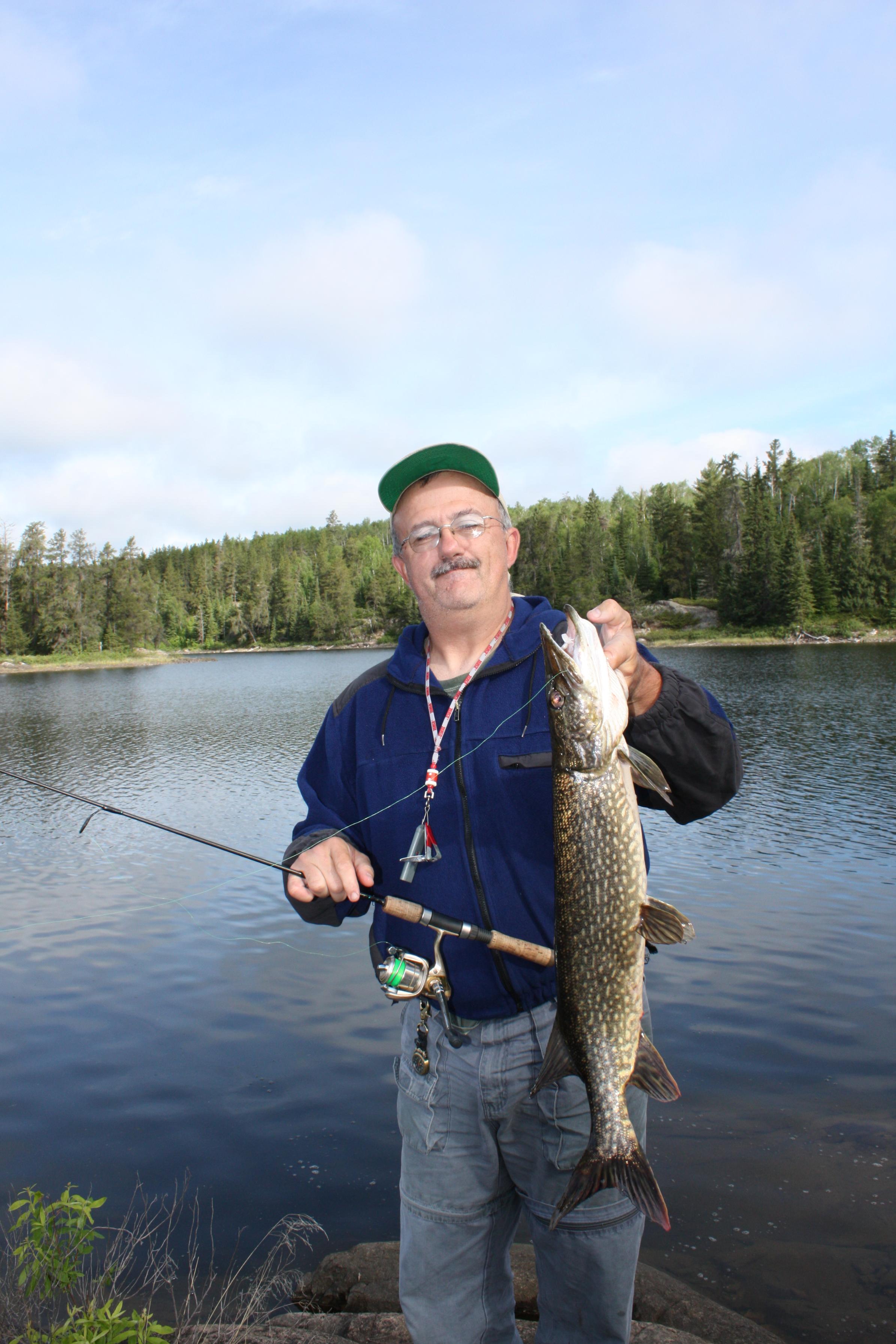 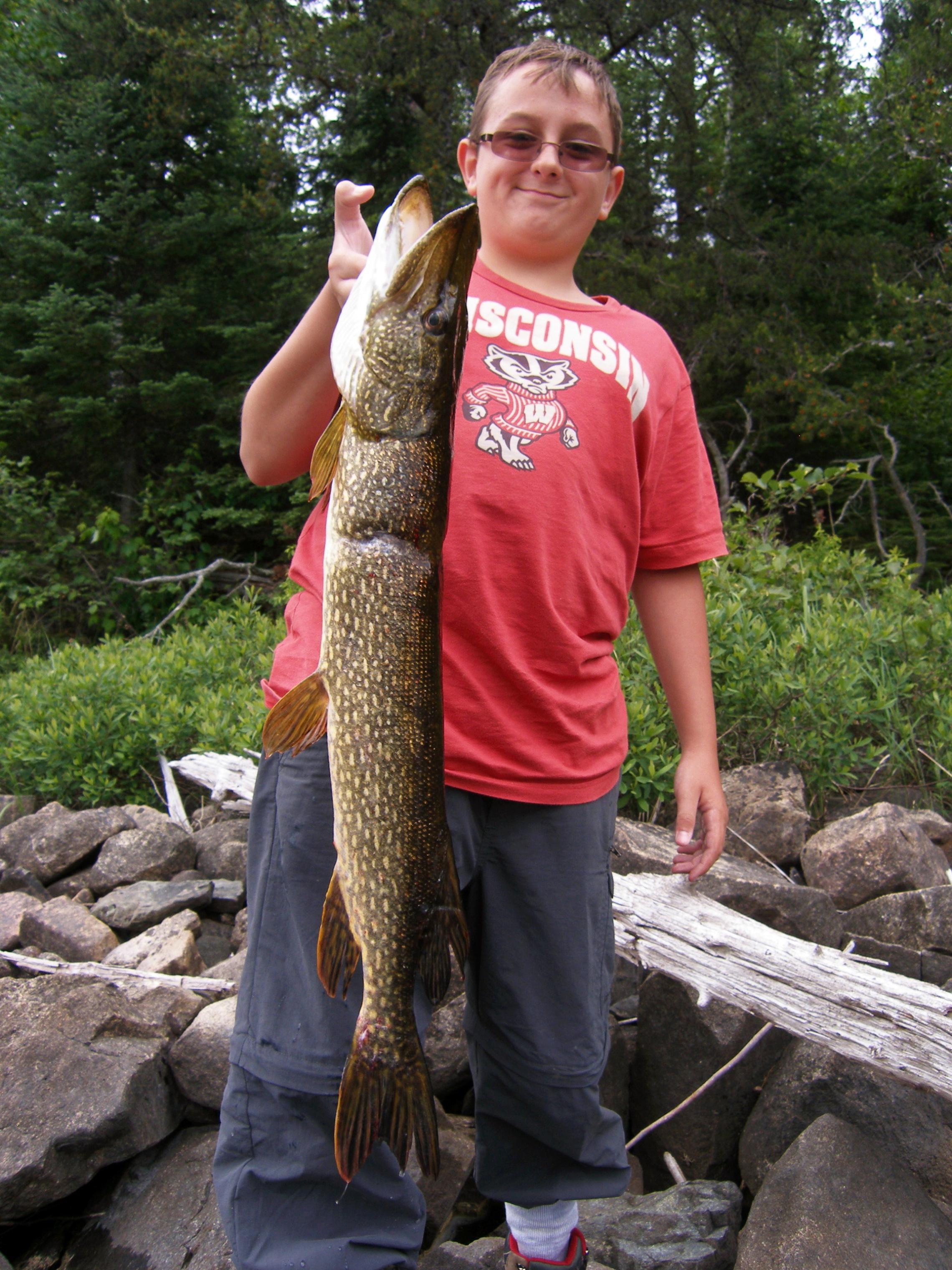 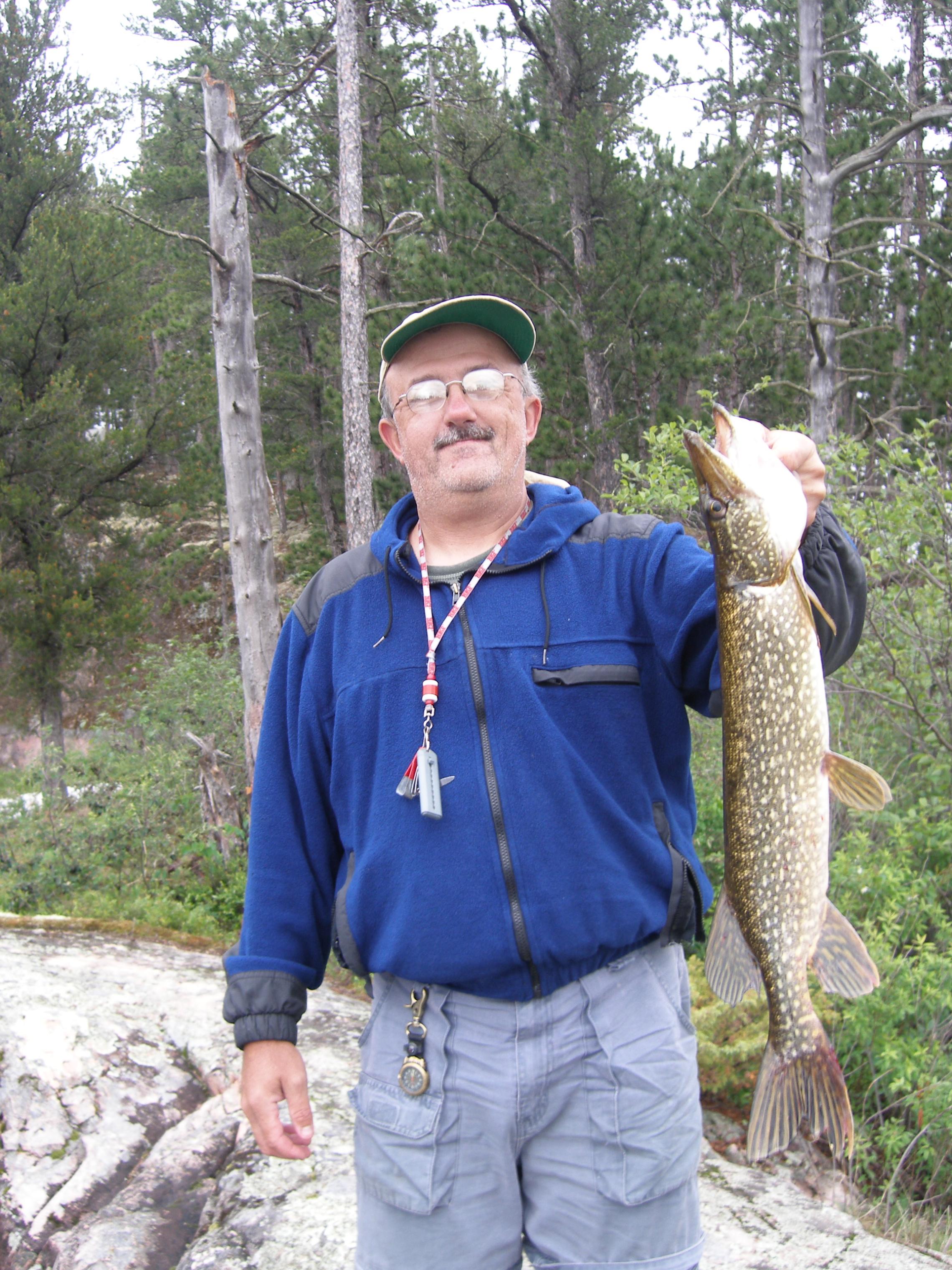 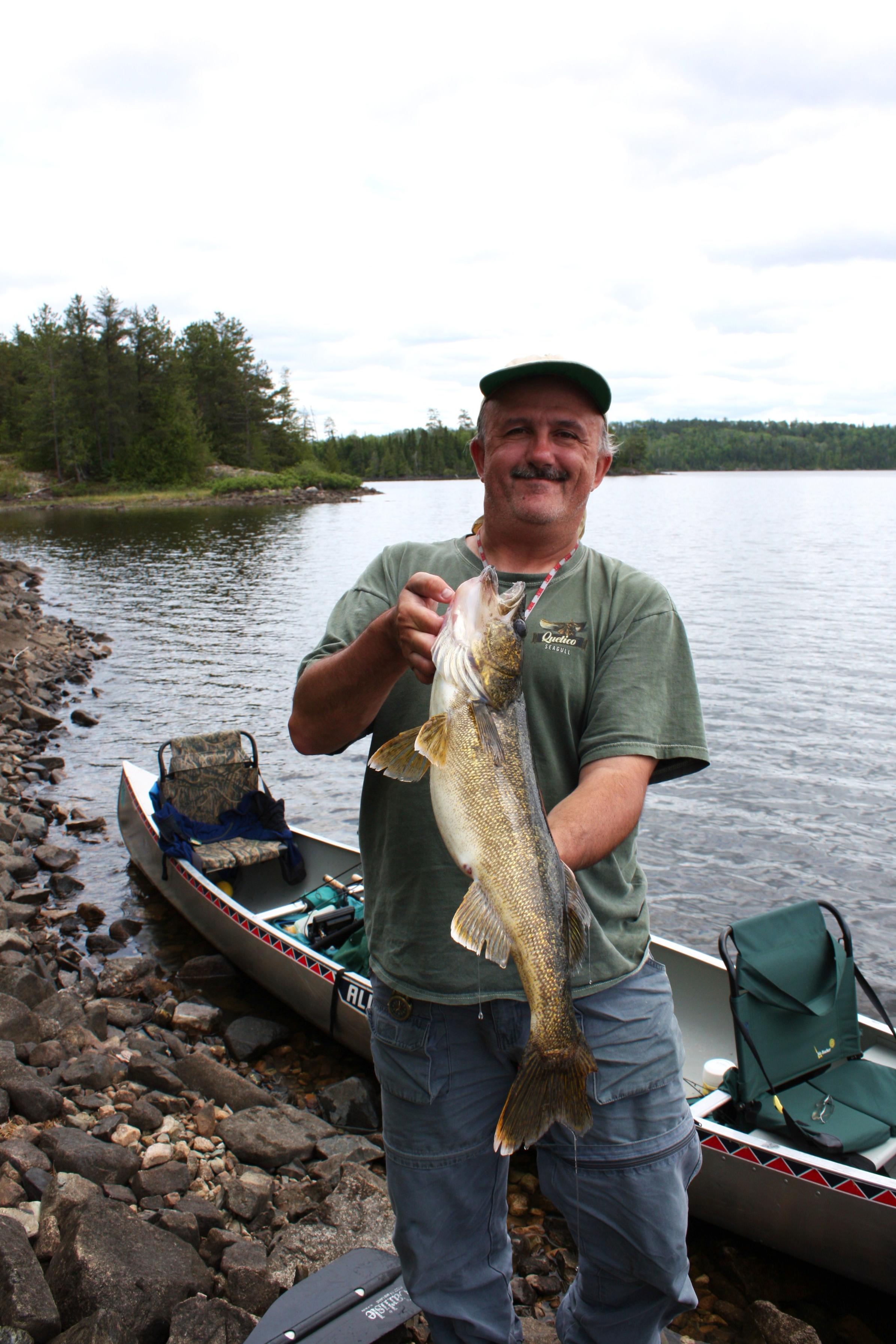 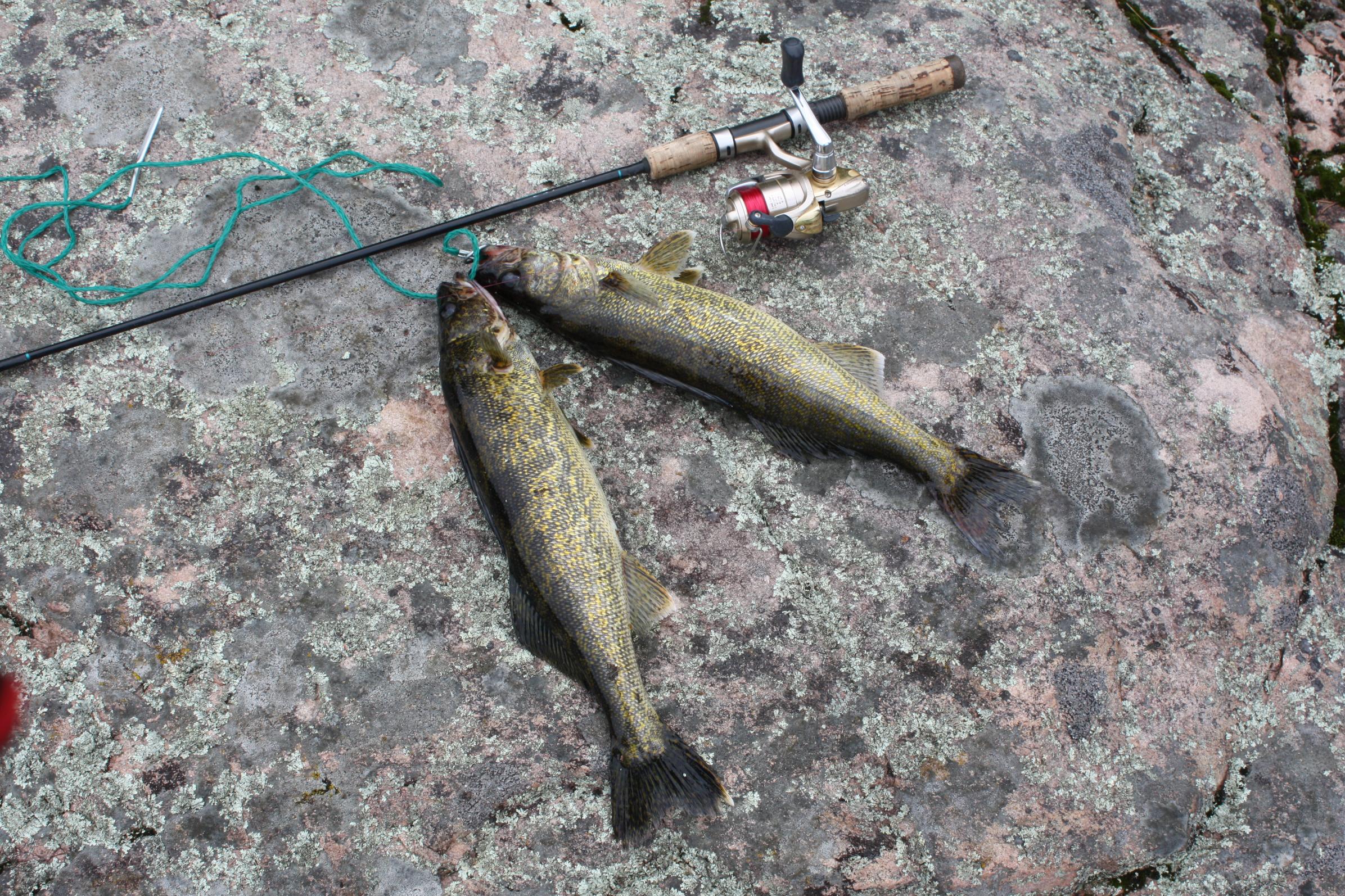 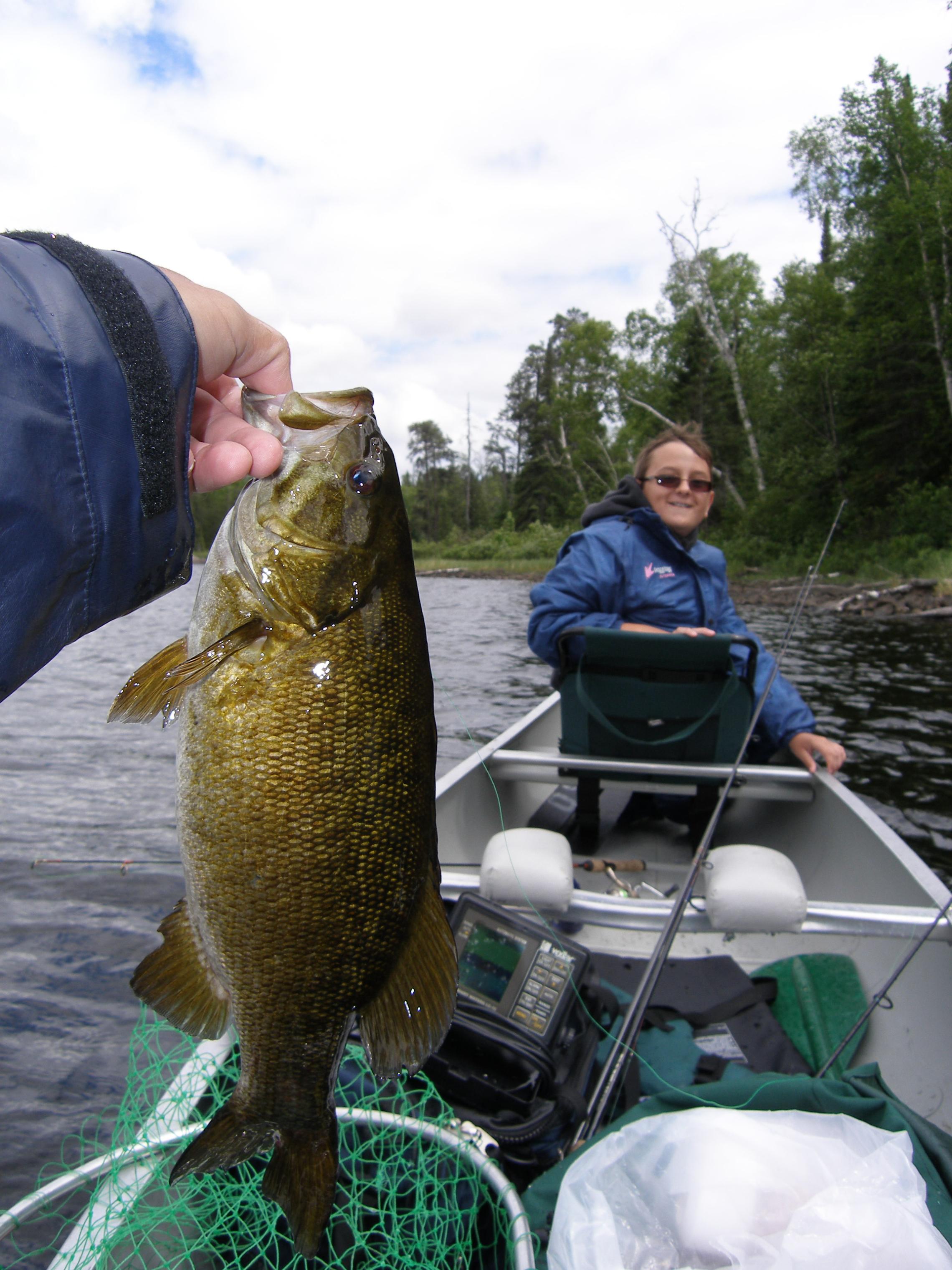 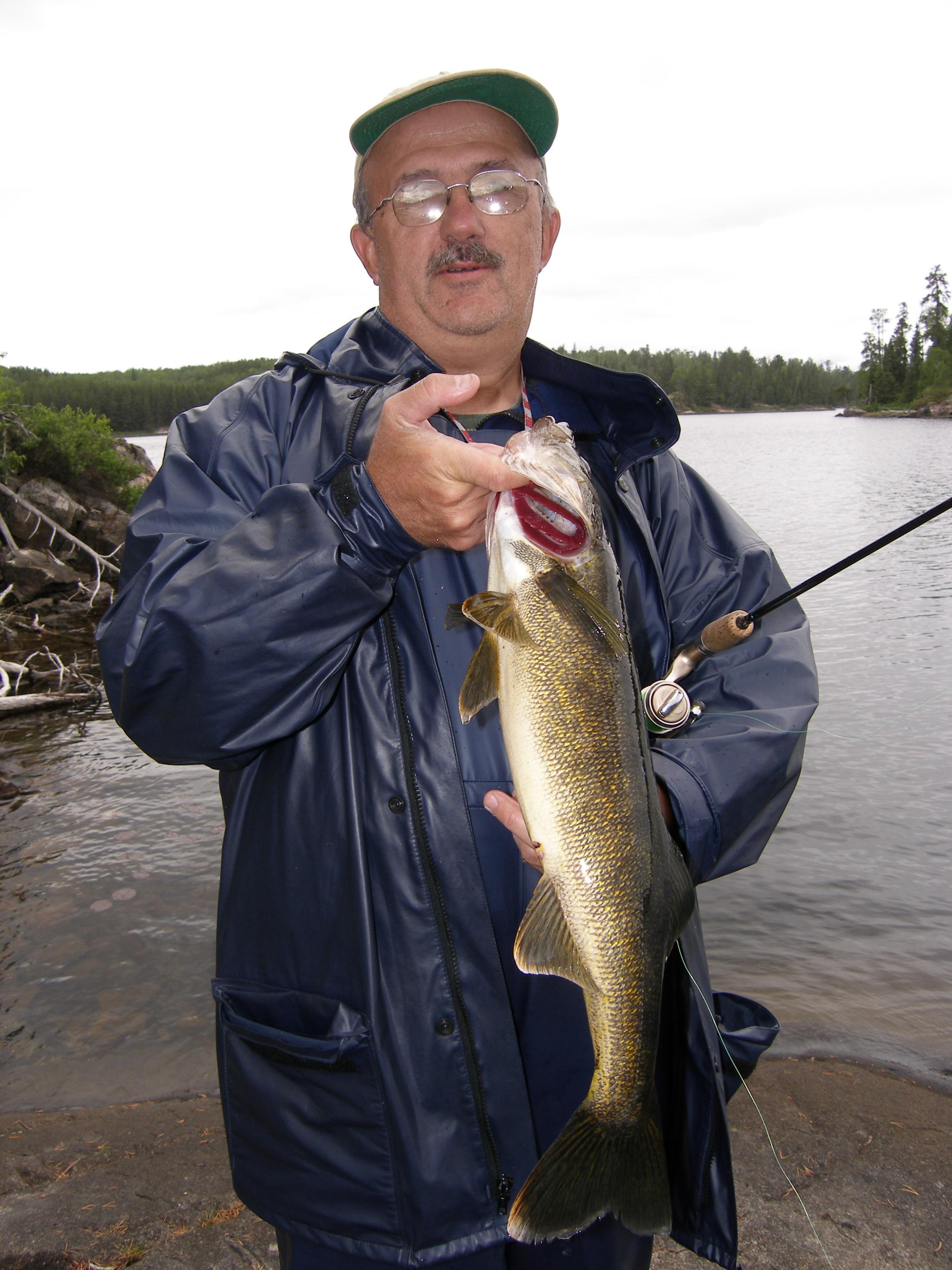 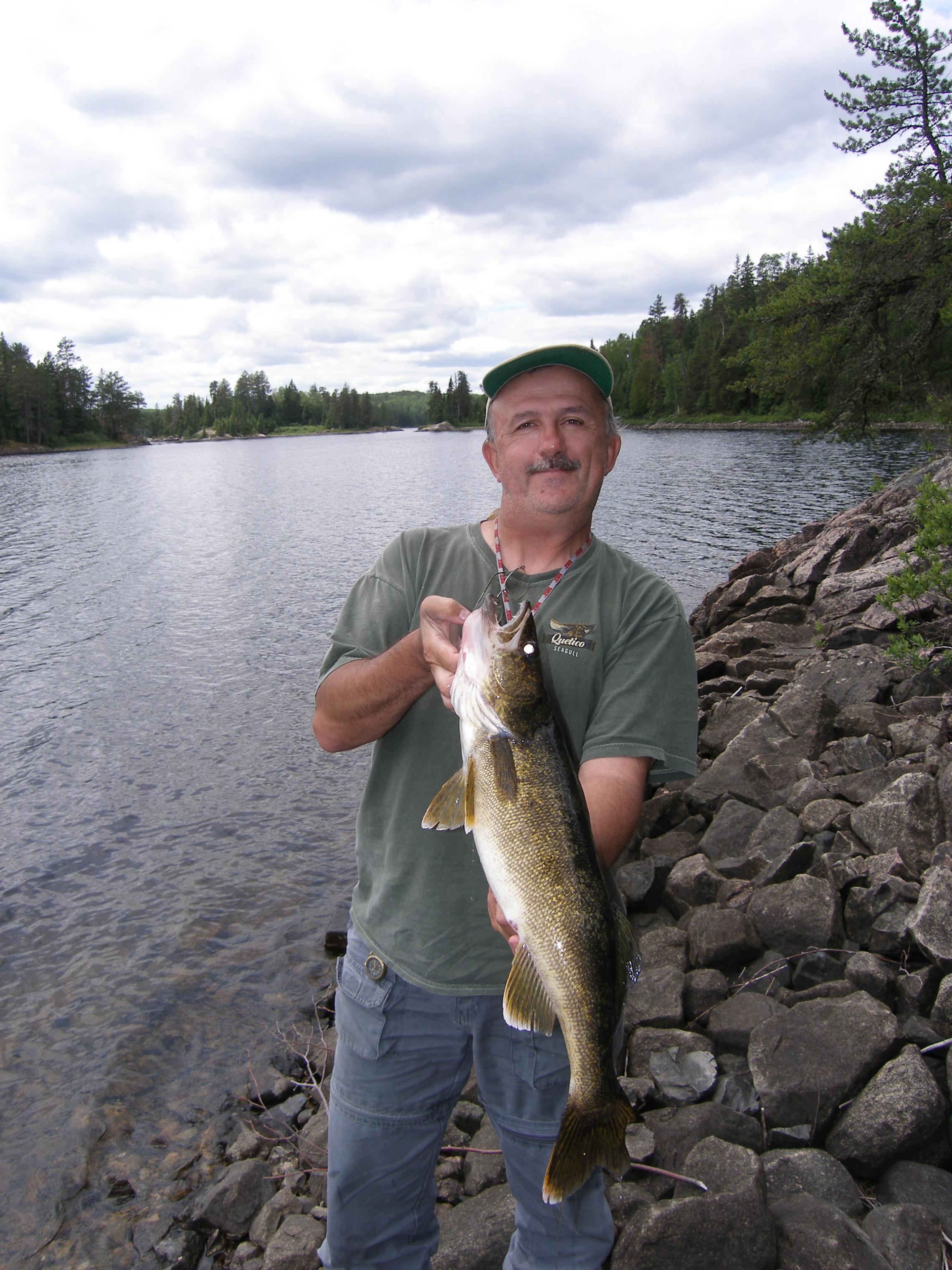 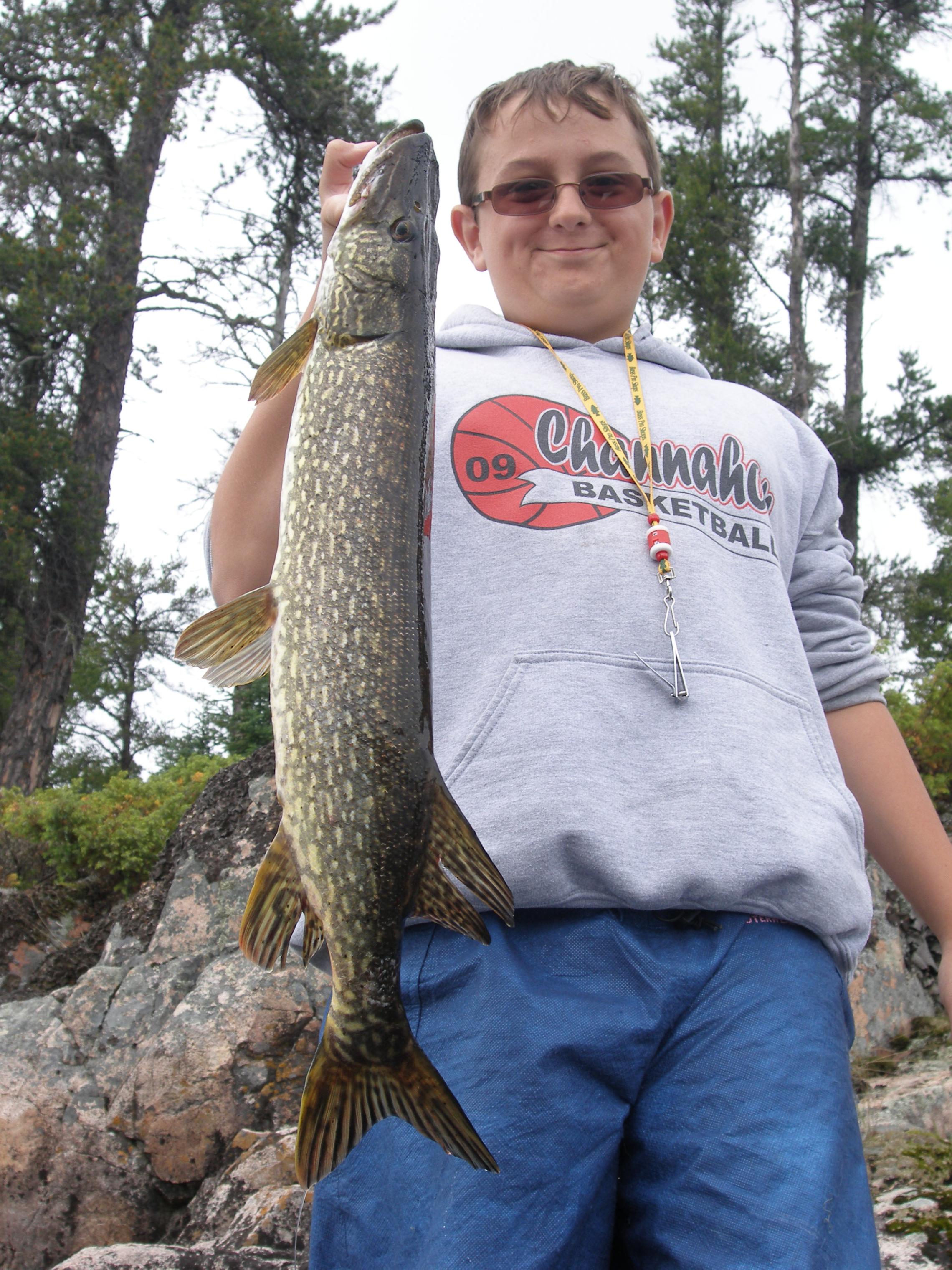 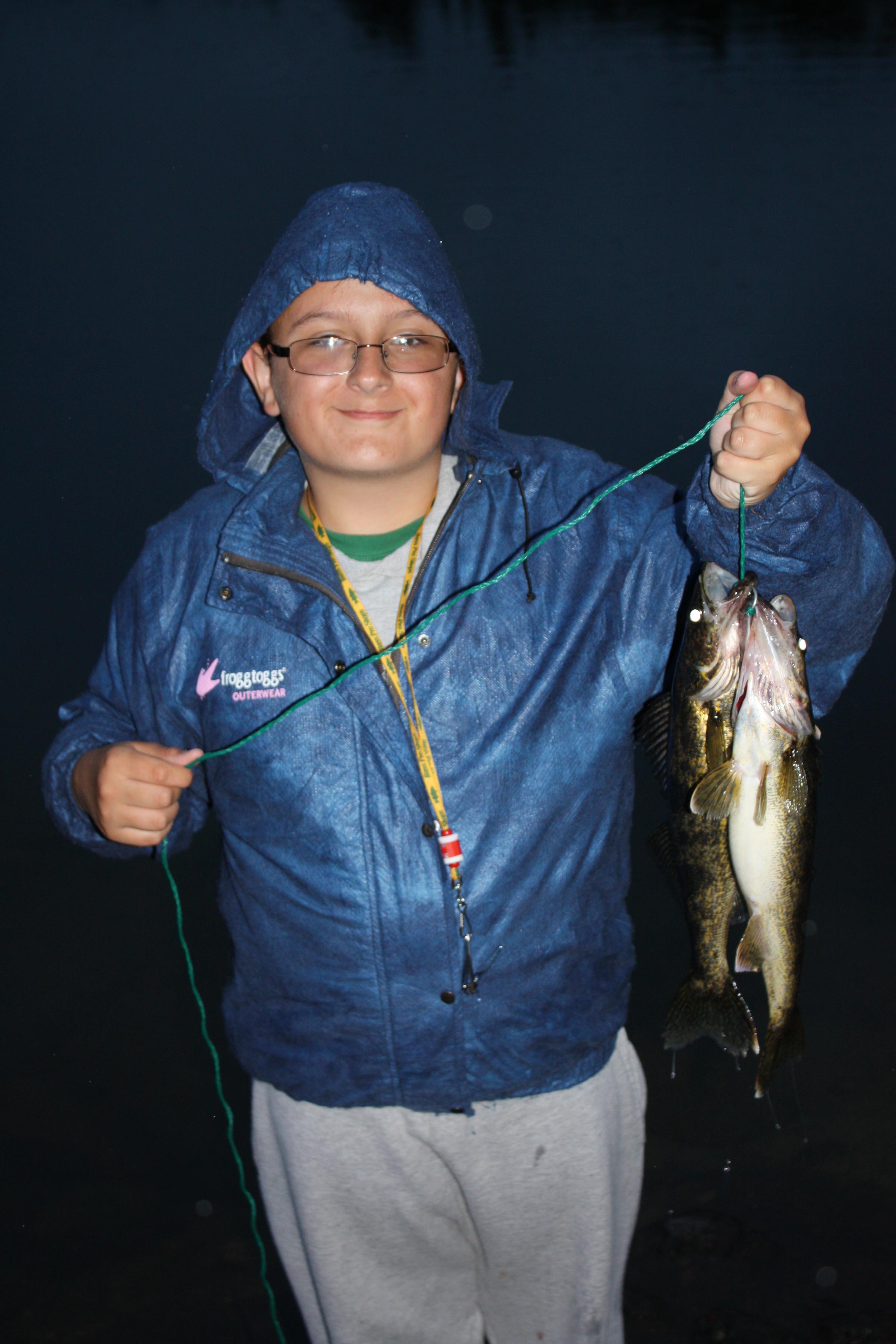 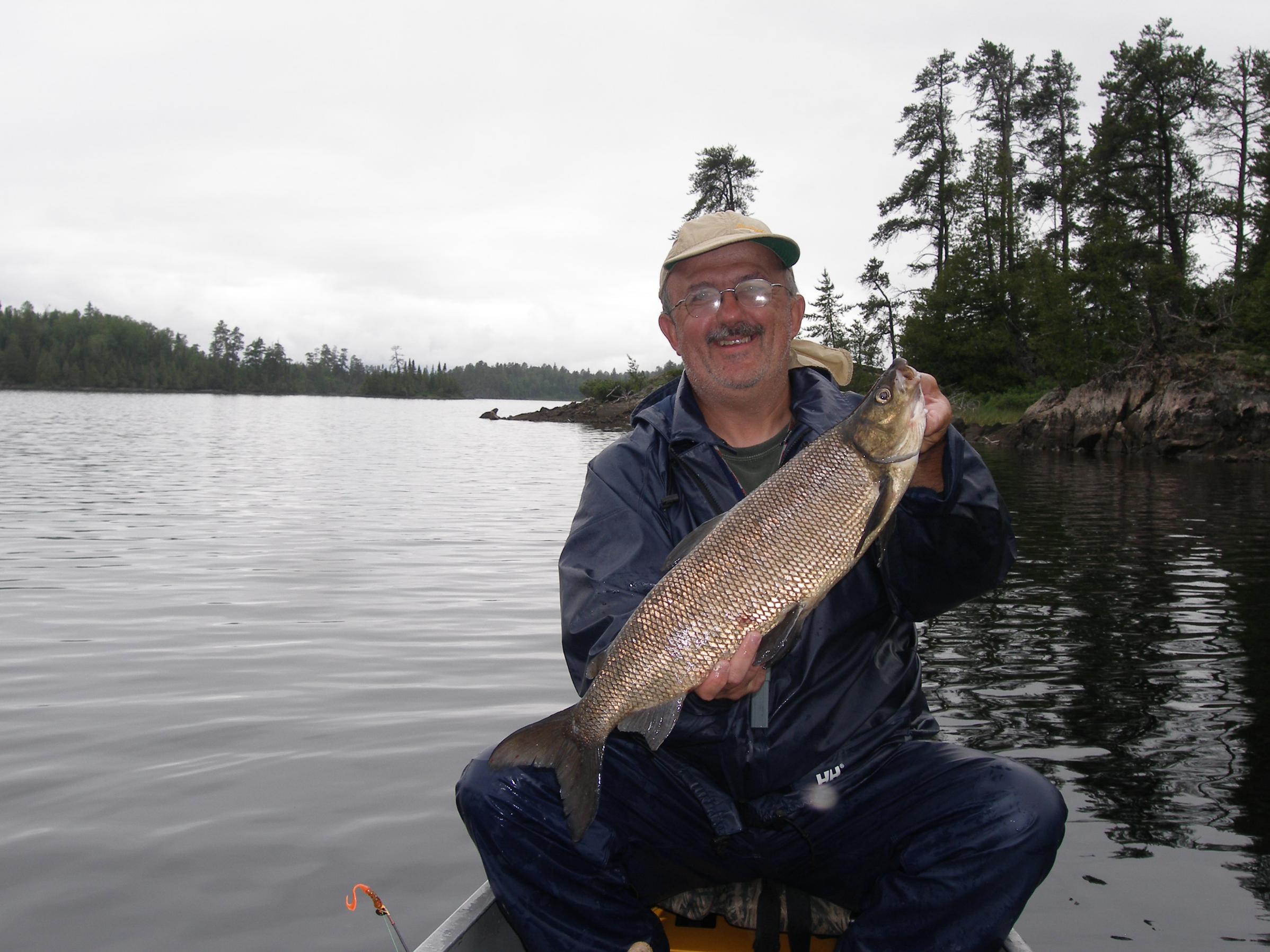 No problem with the Silver Falls portage and the canoe. Also, we both actually felt great on the portage going in and coming out. I believe some tips I received on BWCA.COM(Big thanks guys) about eating better helped with our energy level. They consisted of eating some fruit and Clif Bars. So I had grapes and Clif Bars going in and Clif Bars going out. Going out on the 16th up at 0530, left campsite at 0705, finished portage at 1030 quadtruple portage and we were in the tow boat at Hook Island at 1300 after a stop at Ranger station for a call for an earlier tow out. Was able to make it to the Grand Marais coast guard before they closed at 5pm. 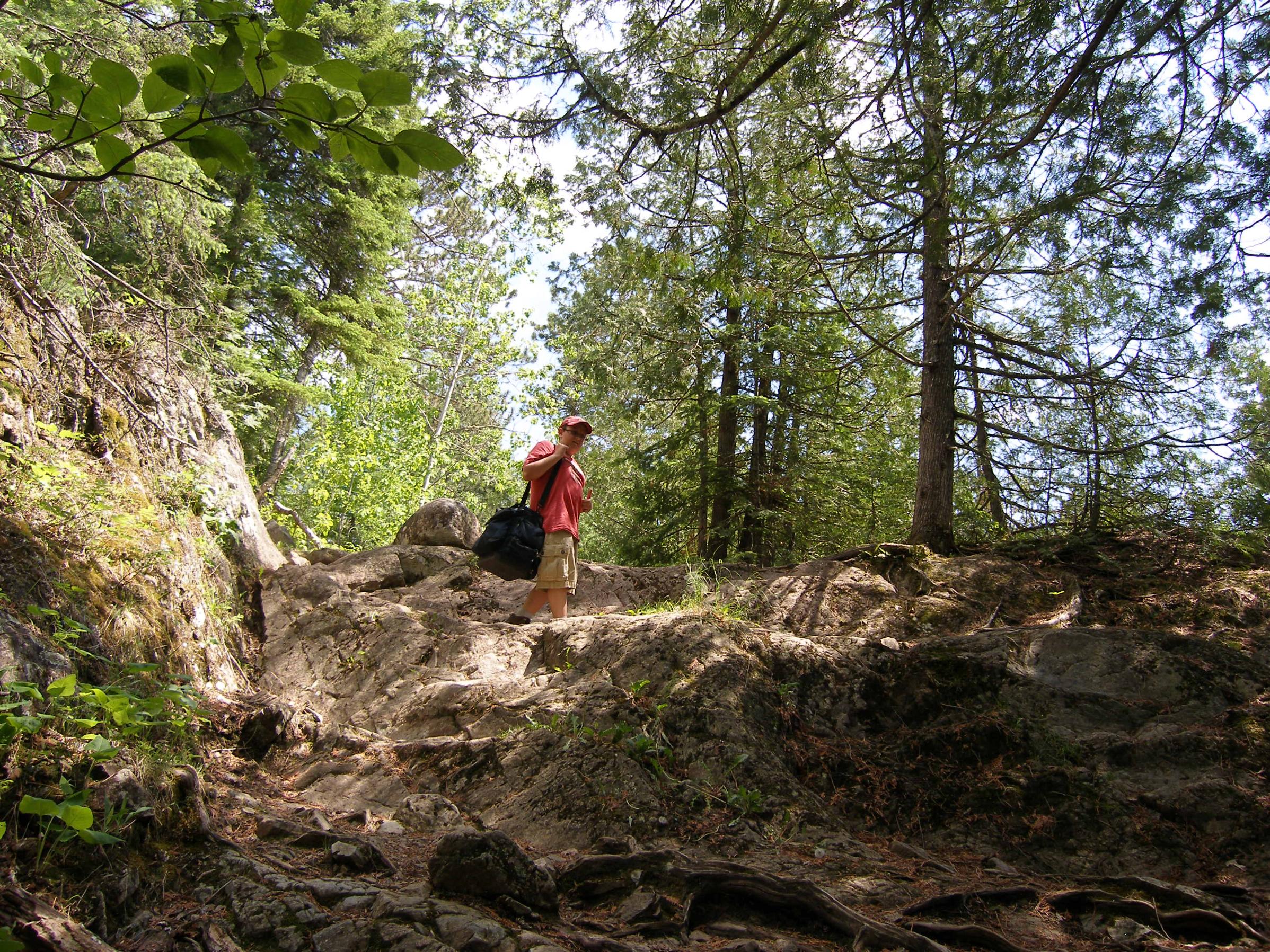 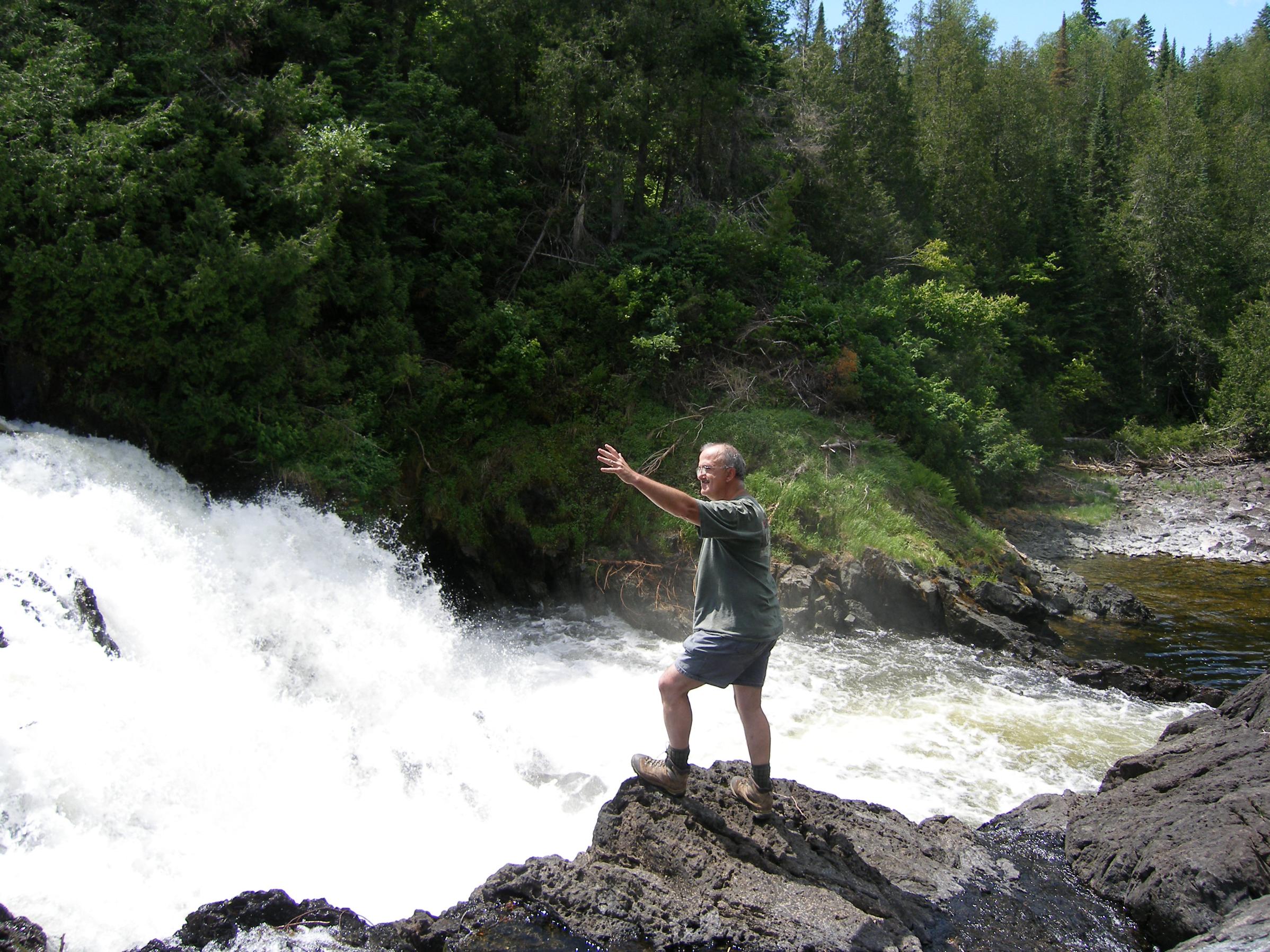 
Even with the poor weather still managed to get a few good ones this year between rain systems. 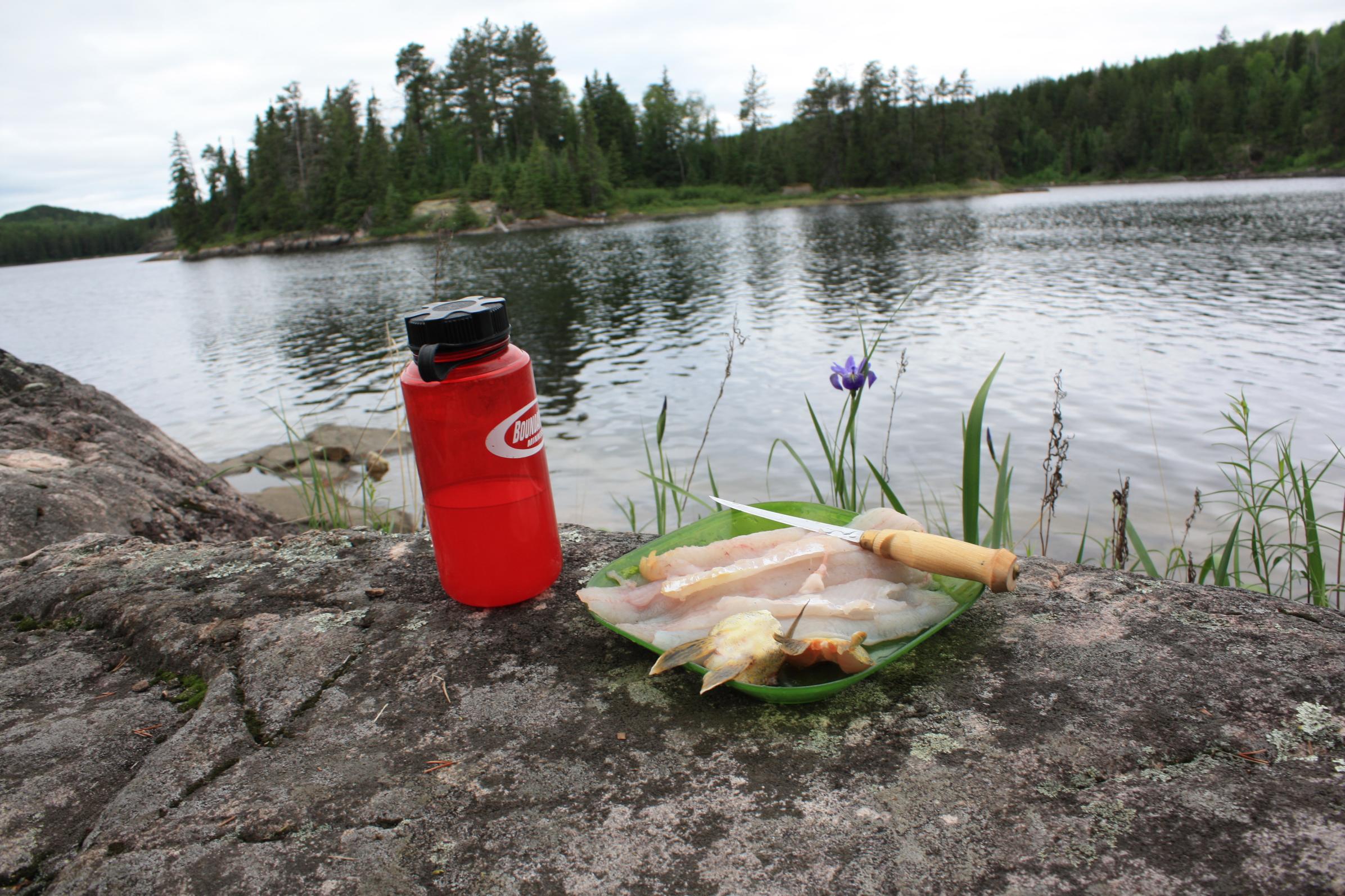 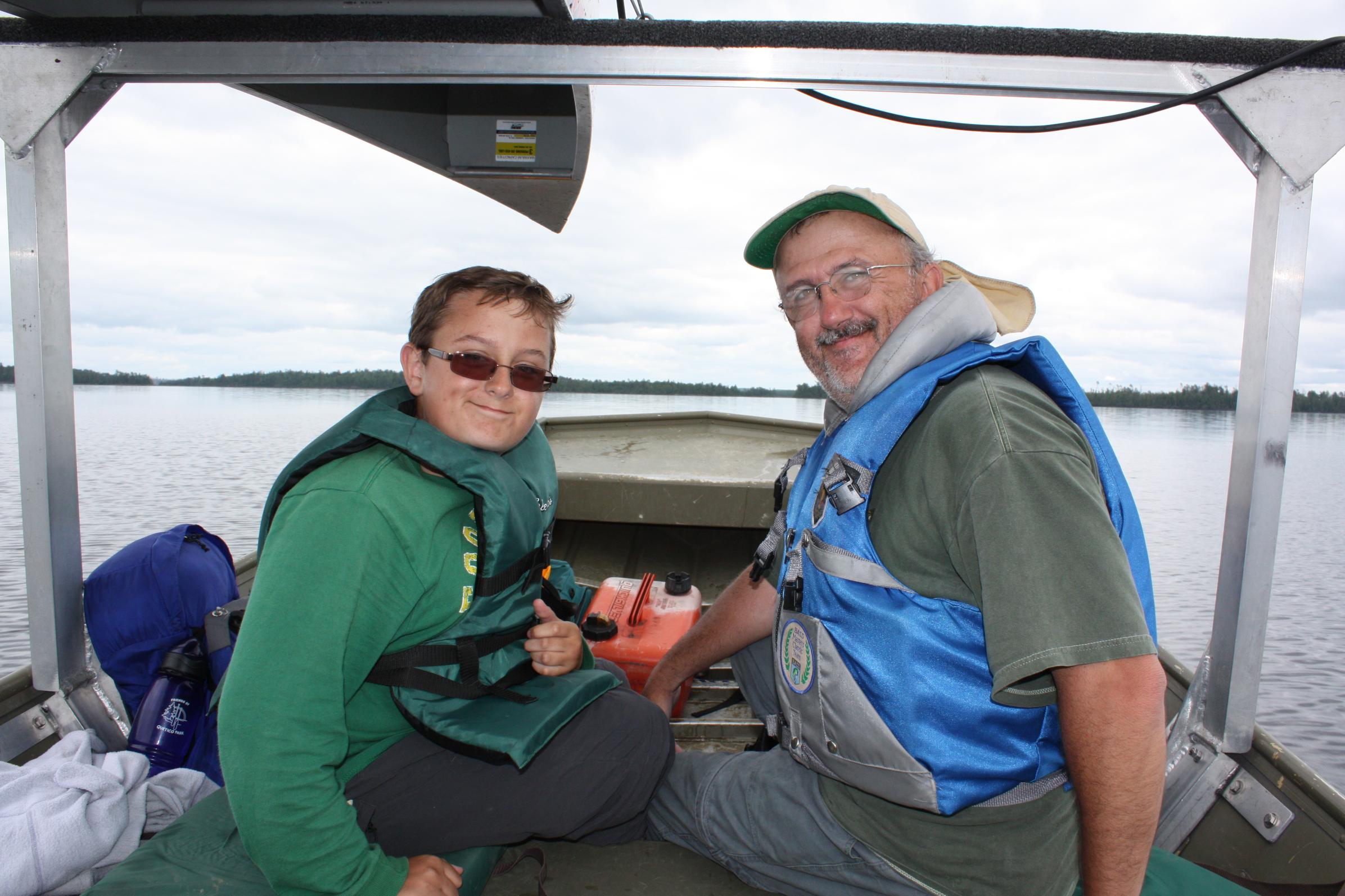 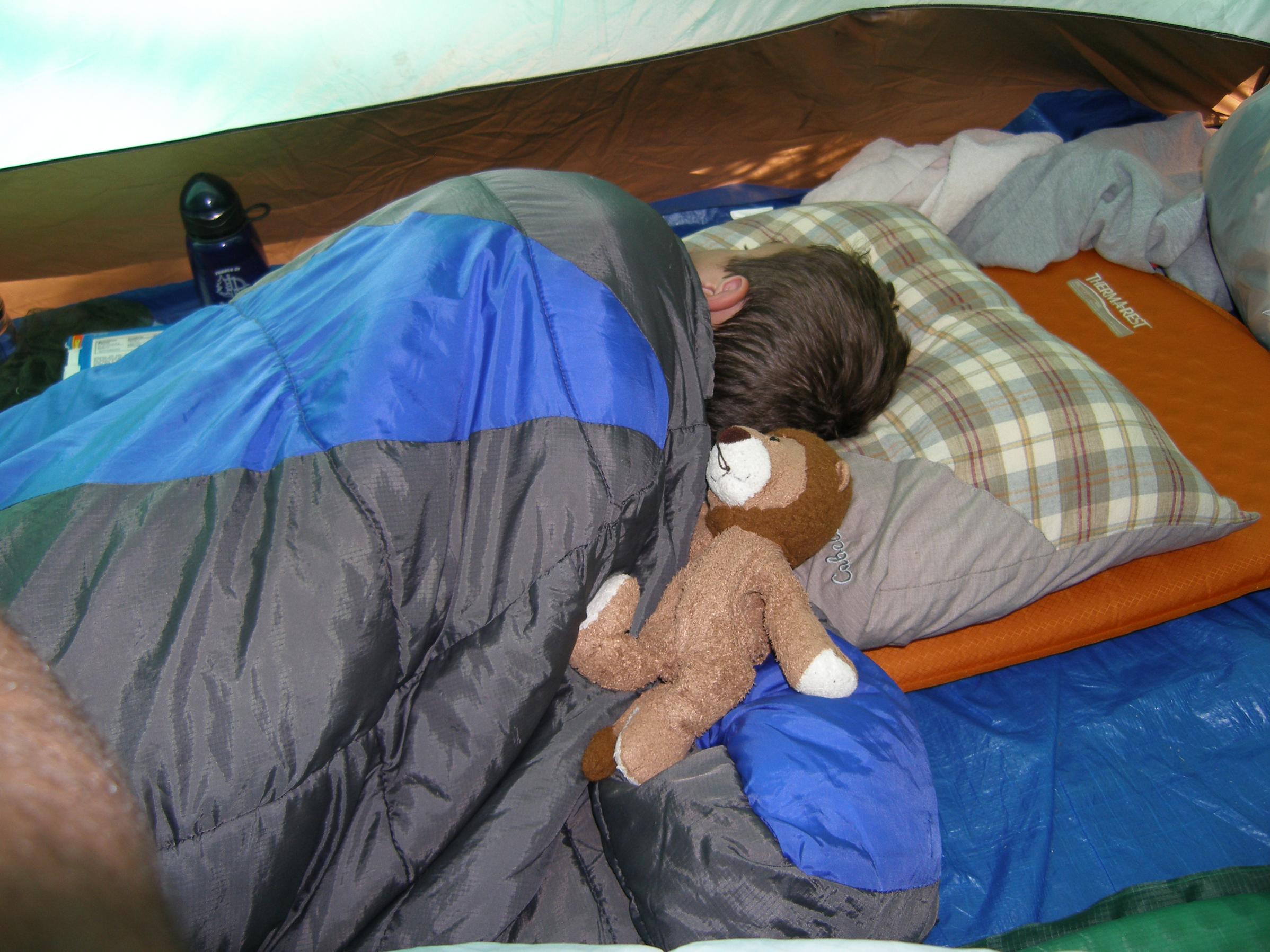 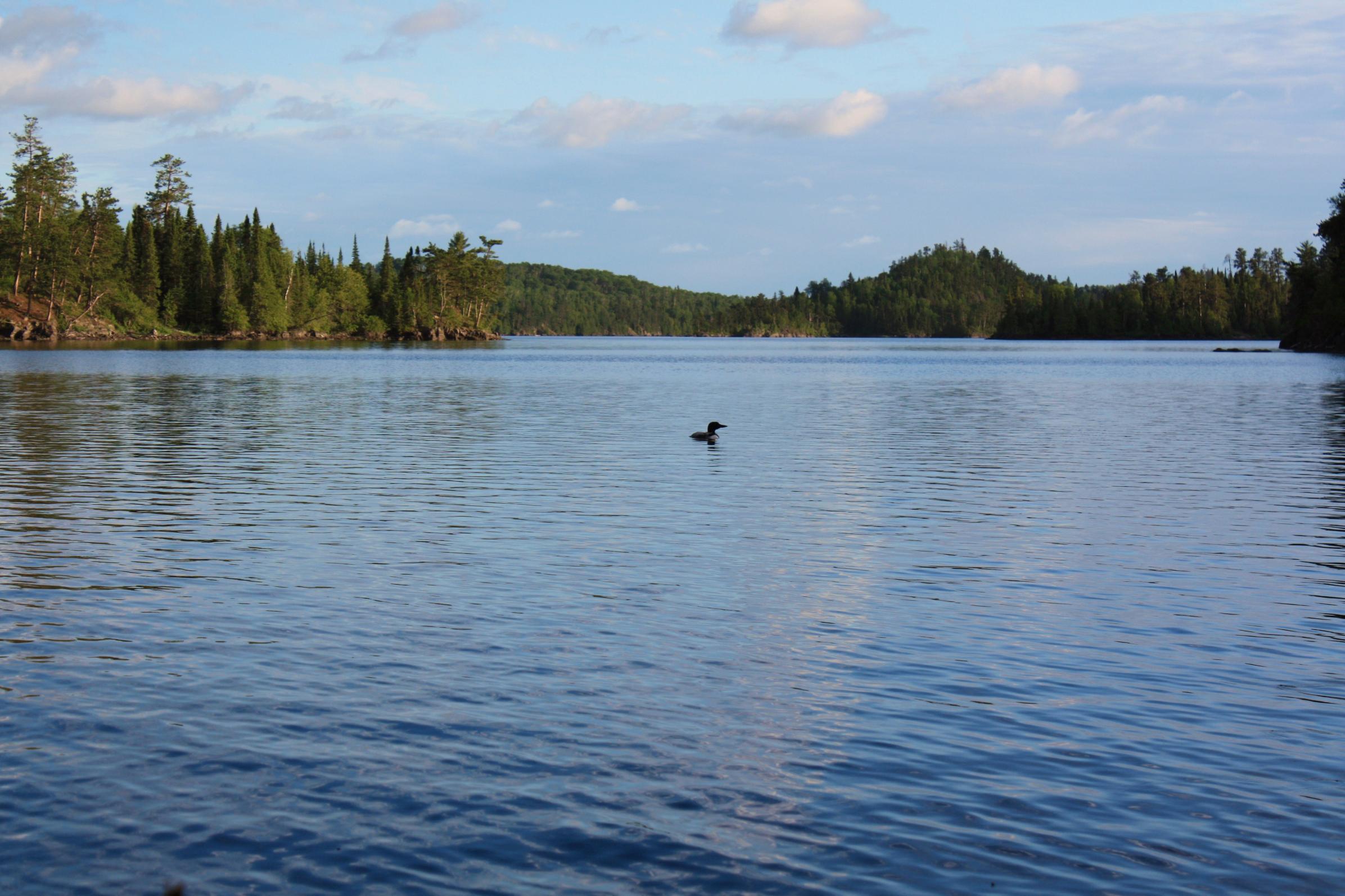 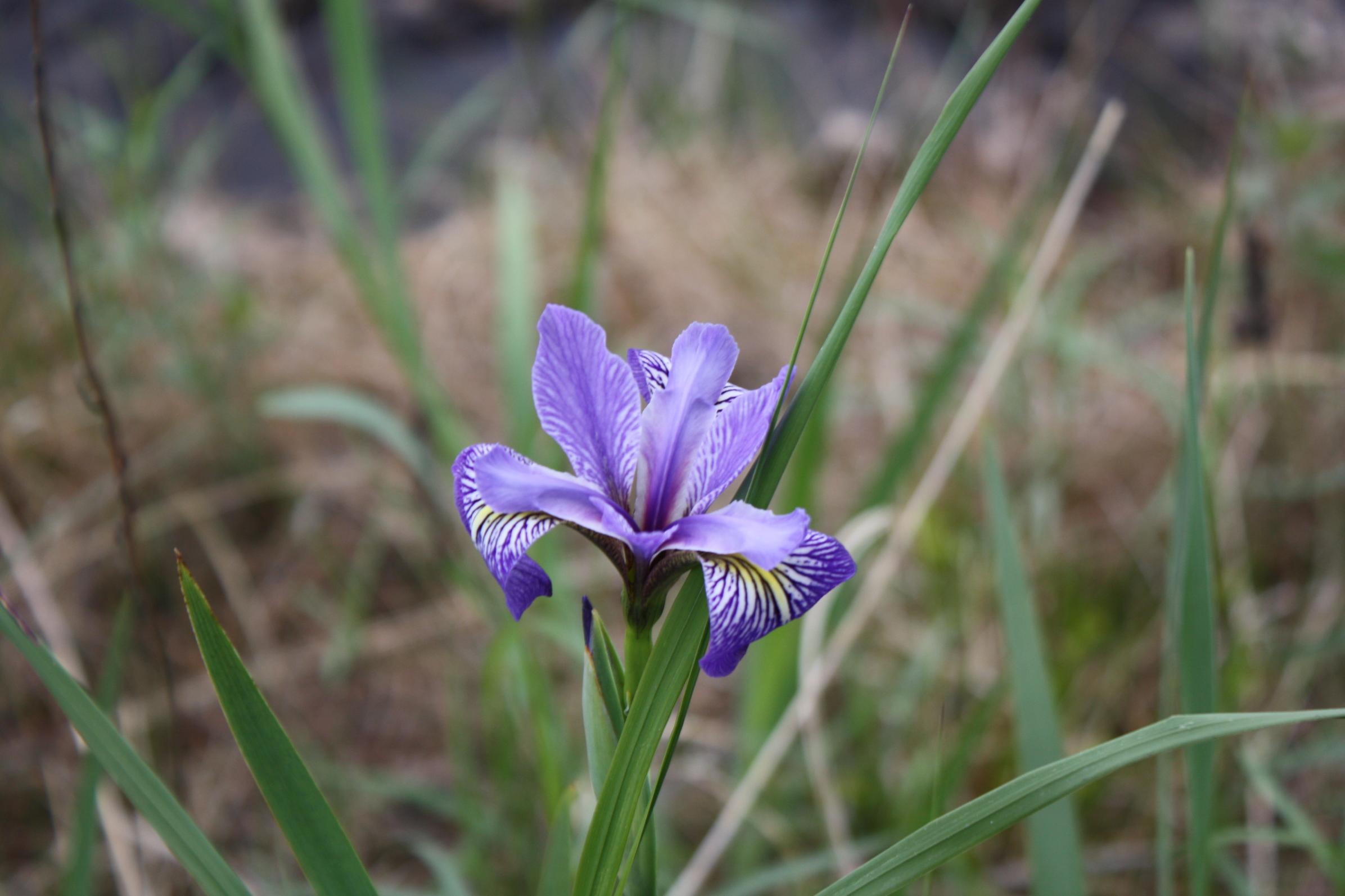 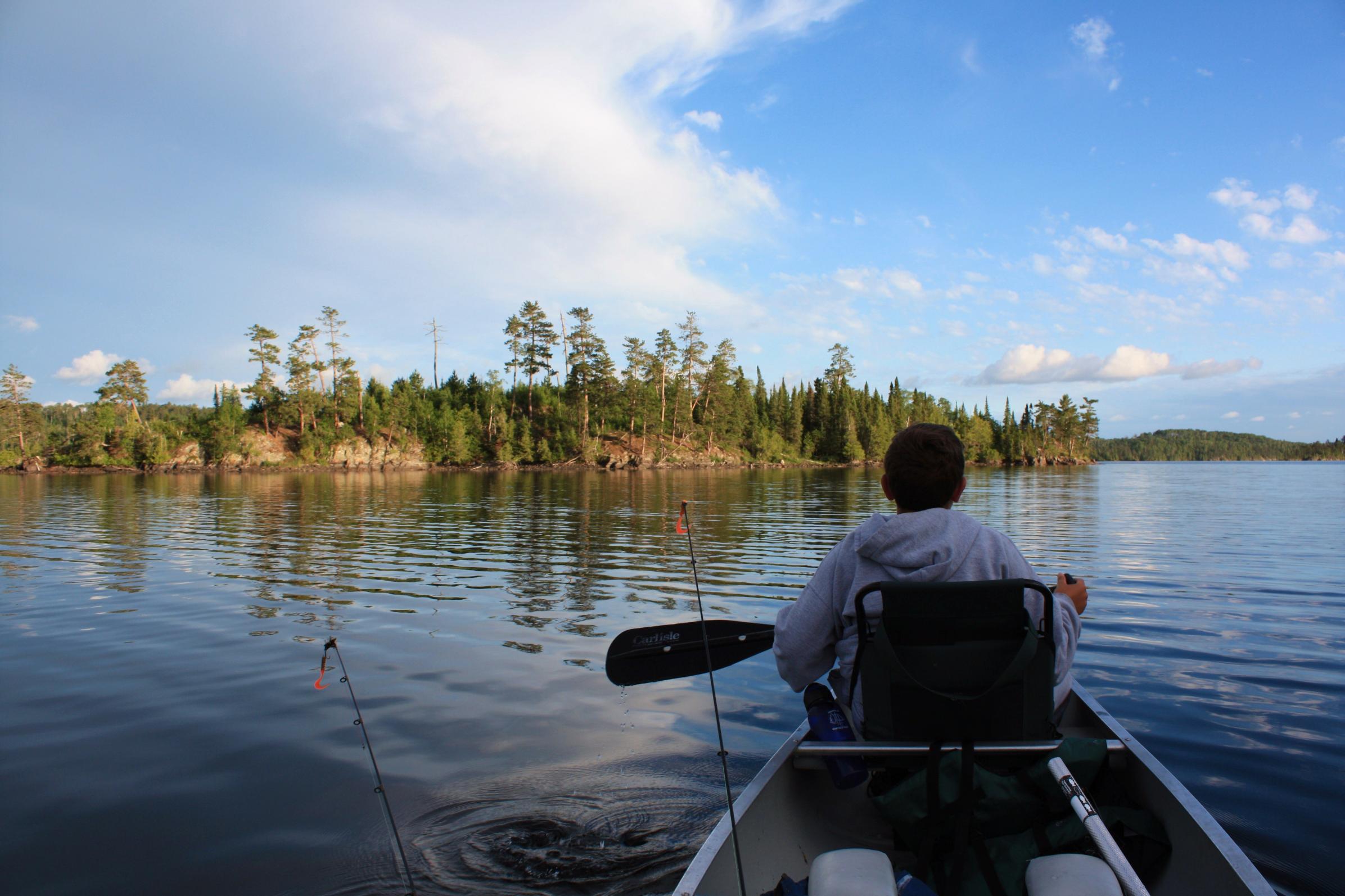 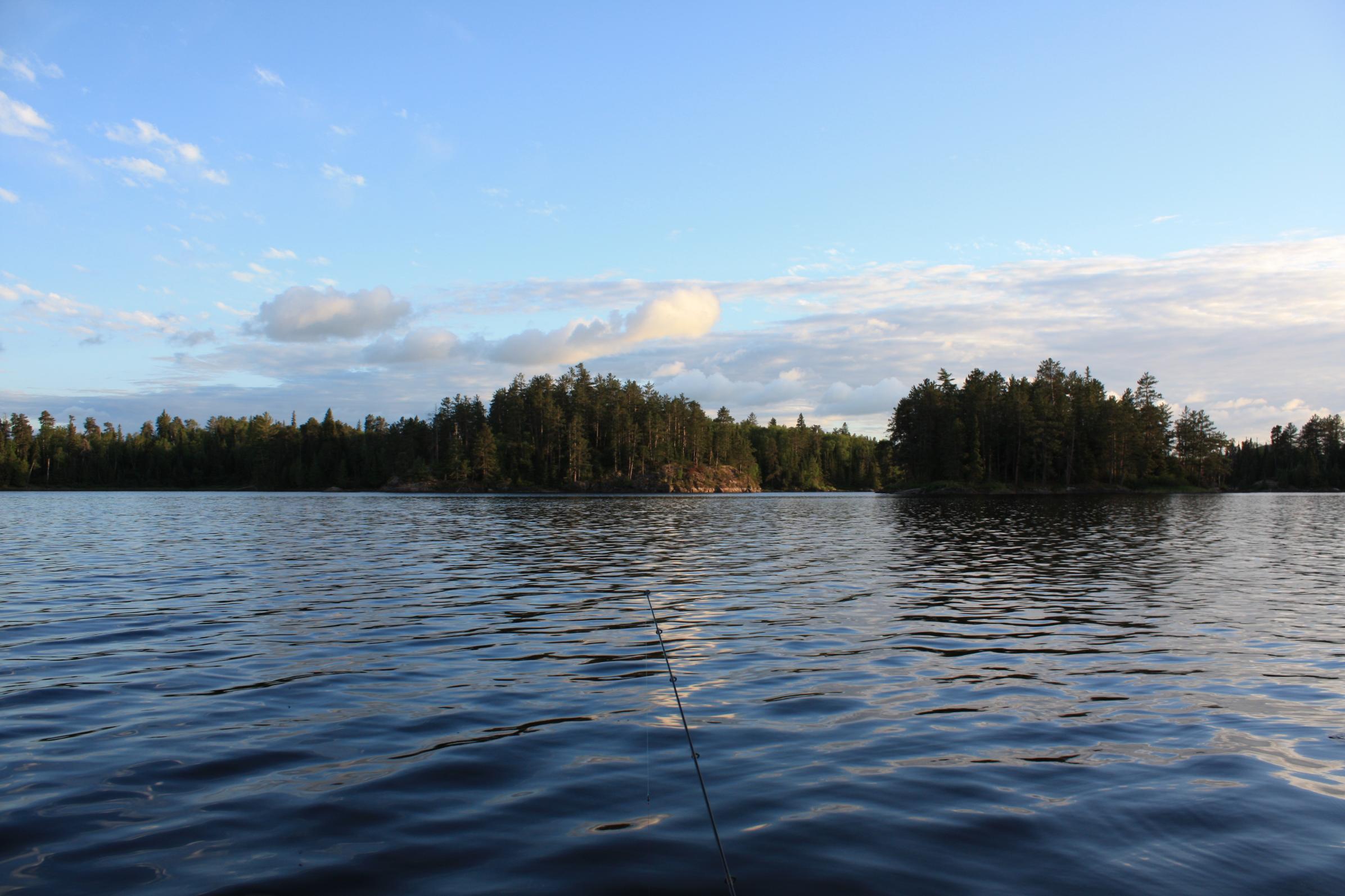 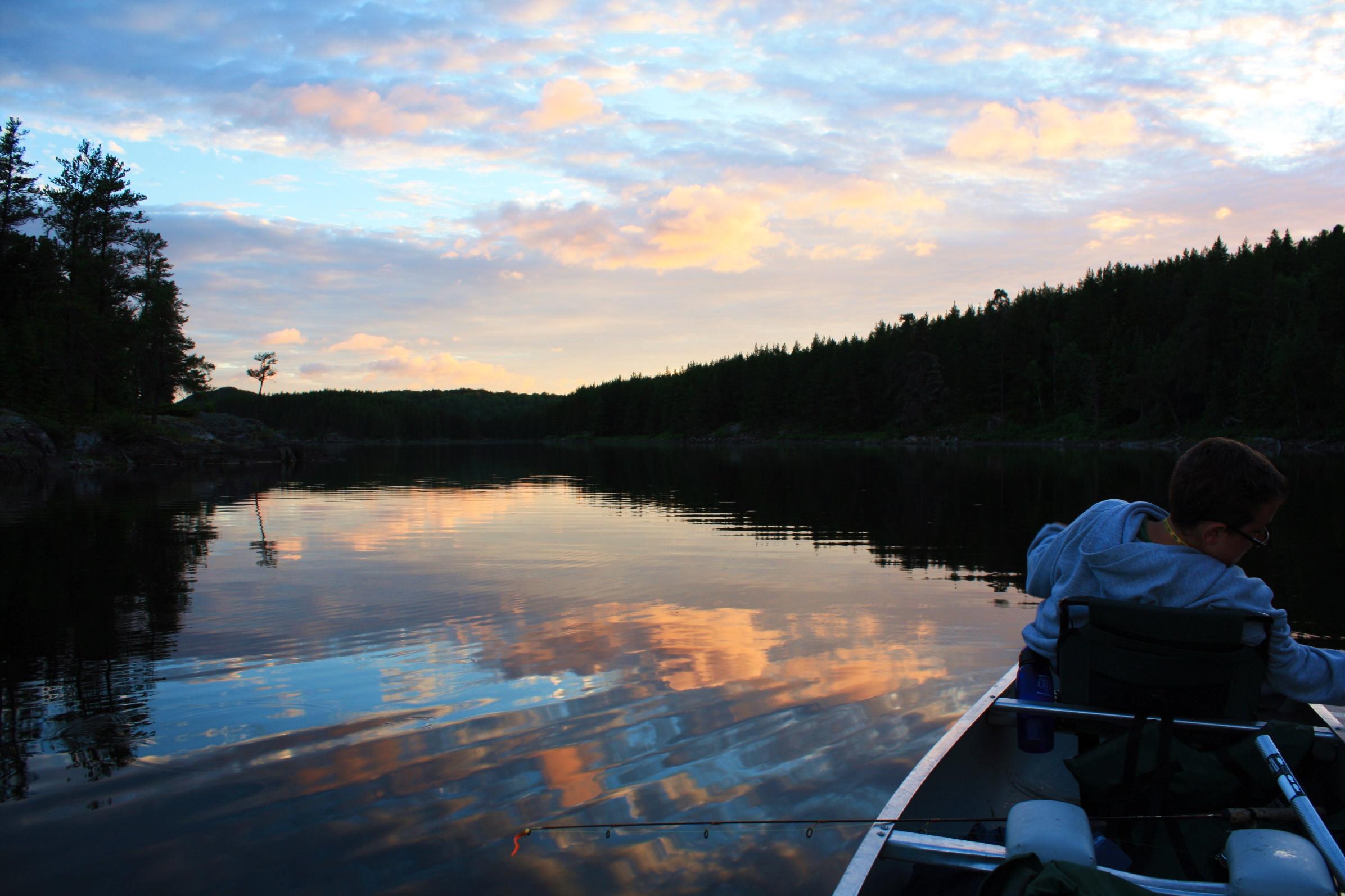 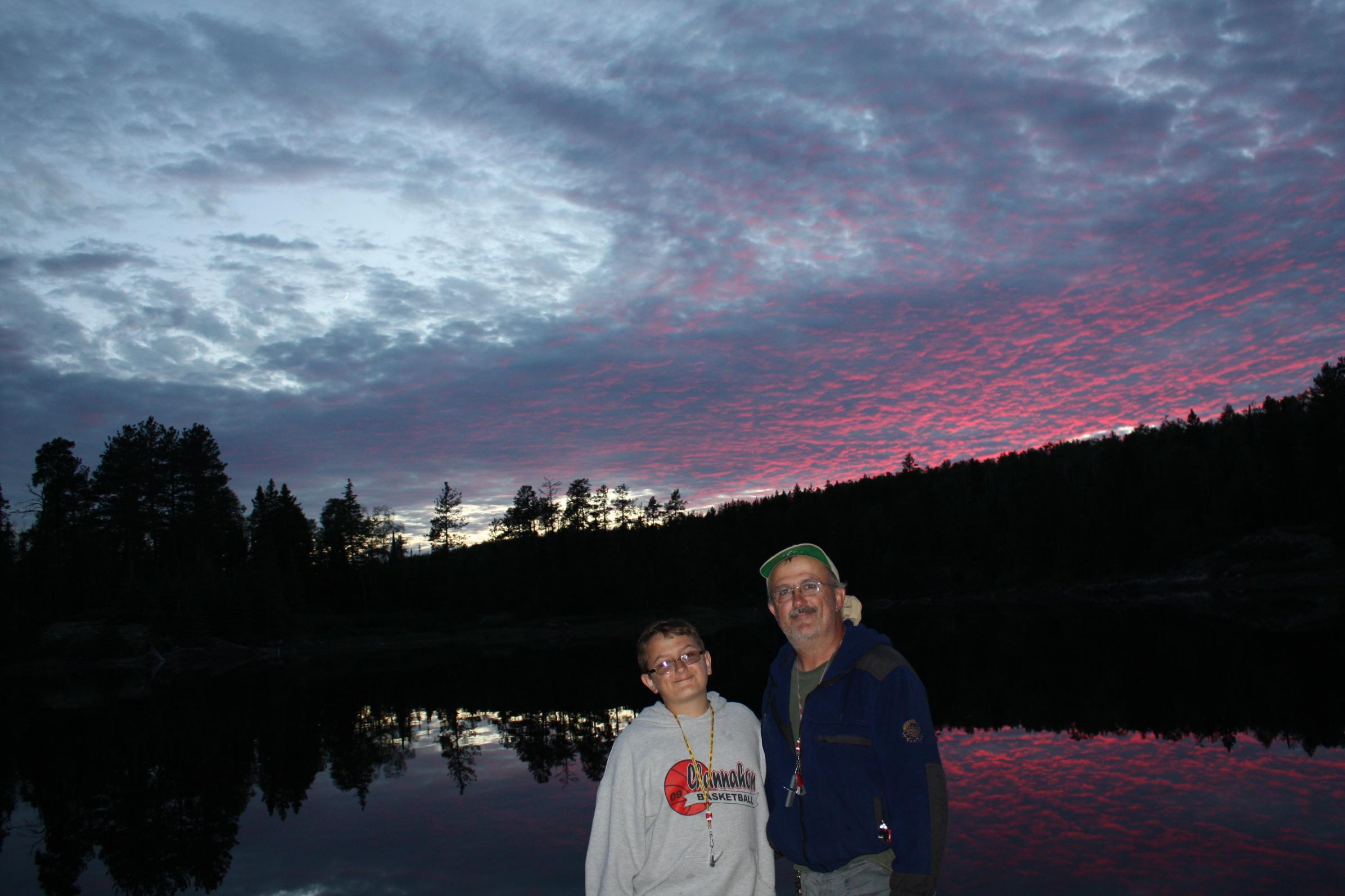 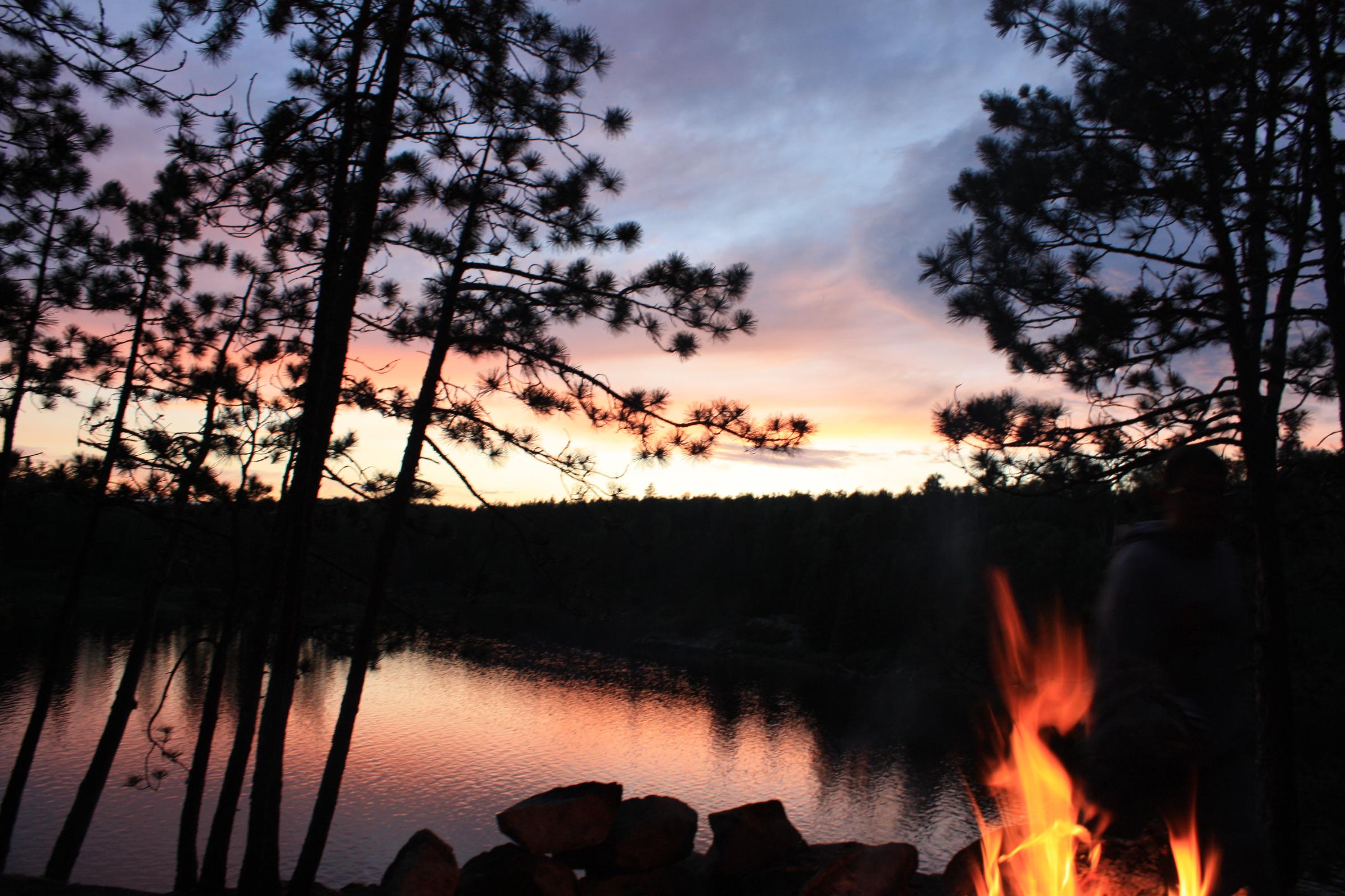 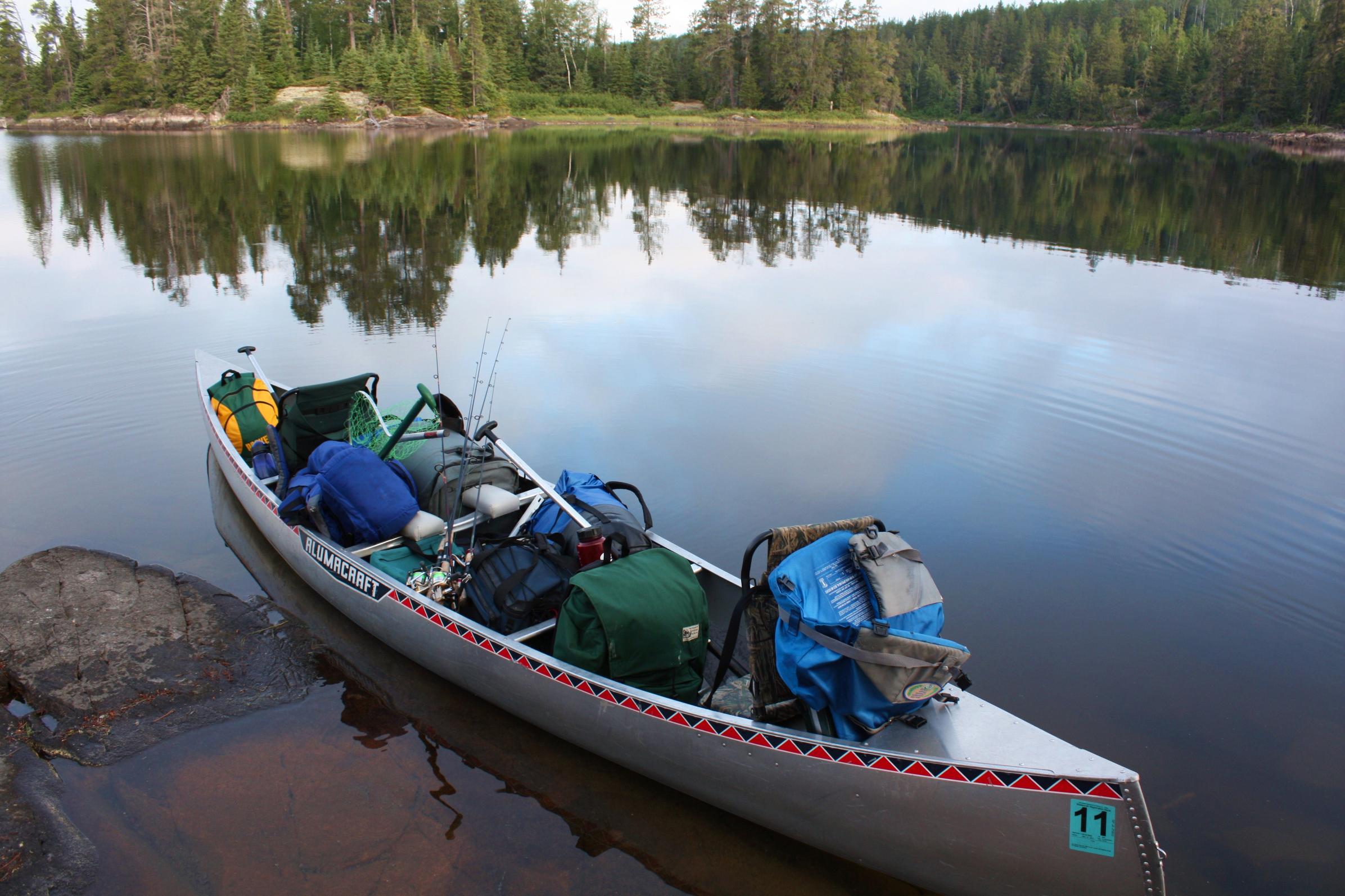 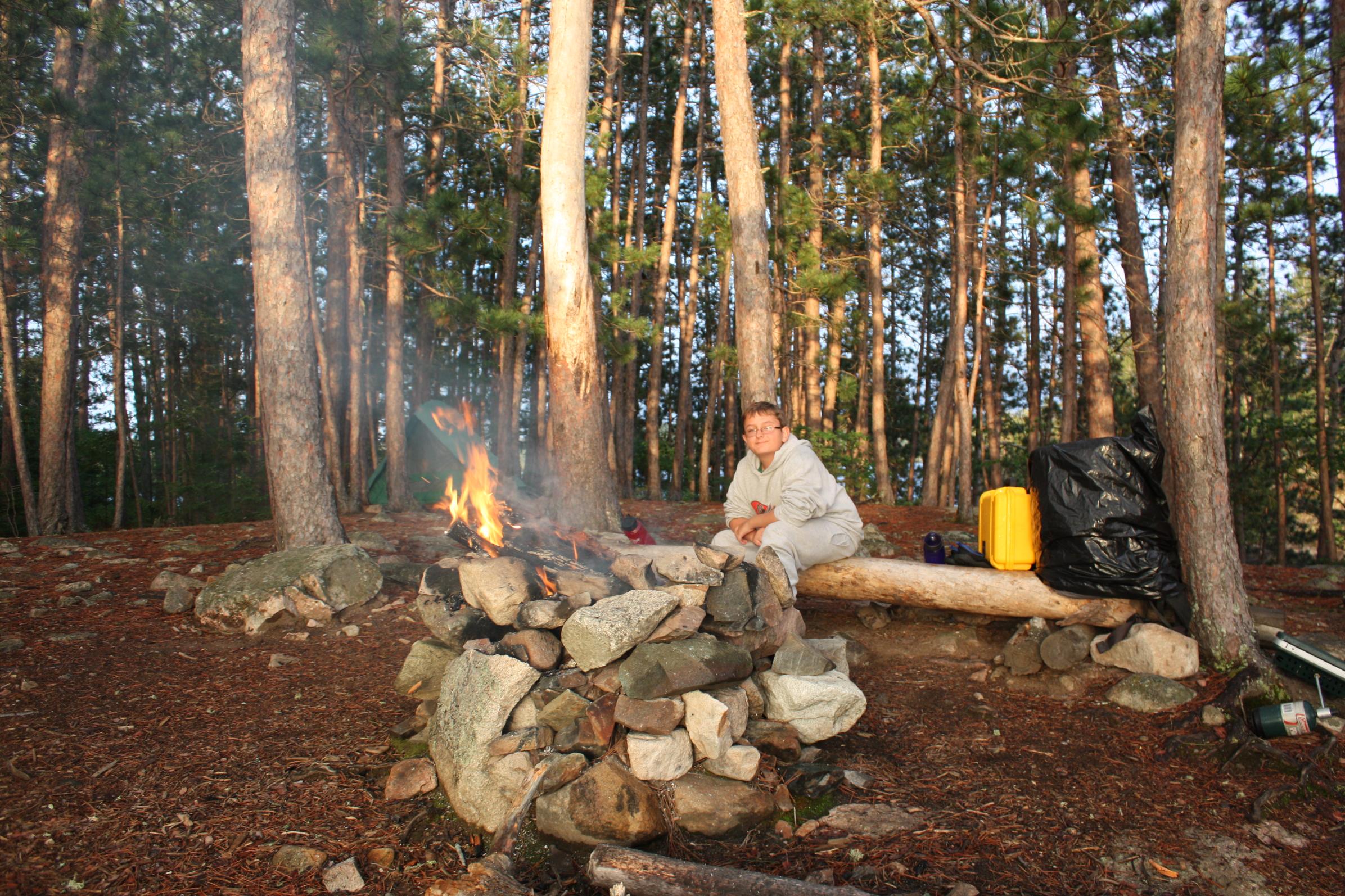