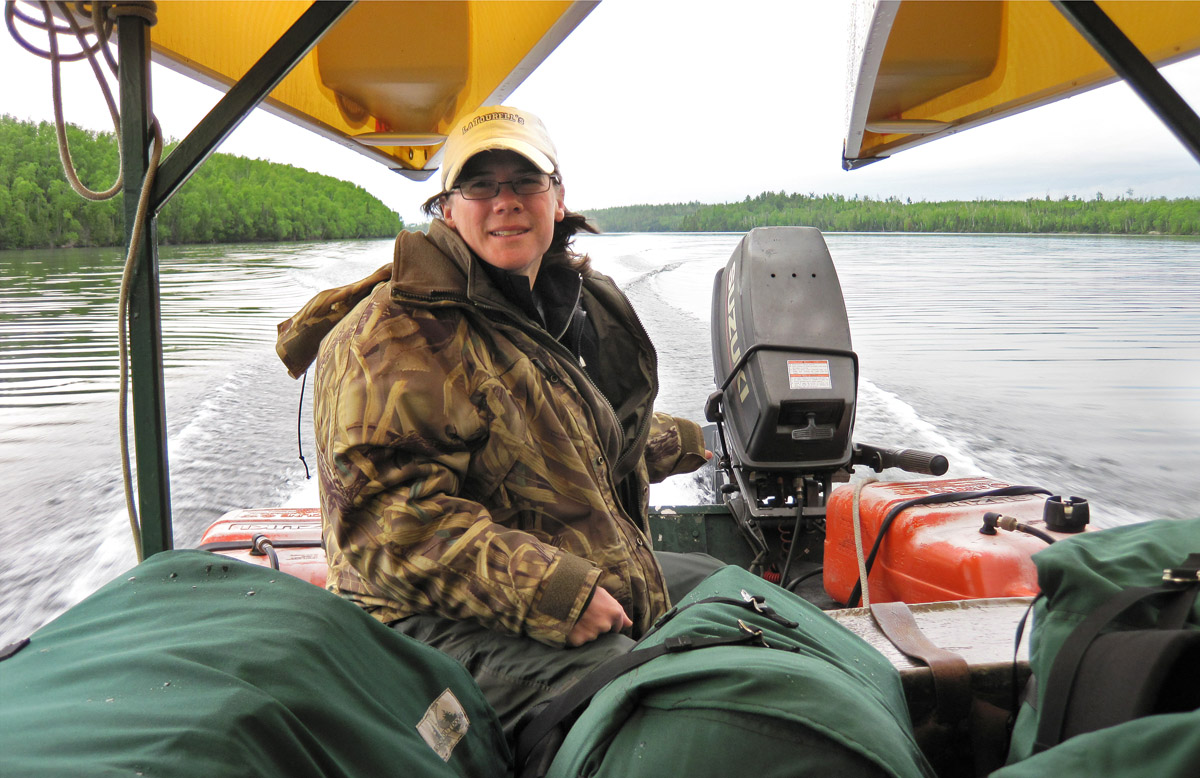 It was an early April ice-out, the earliest ever in the Ely, MN area (almost a month early) and the temperature was in the 80's when we arrived in Ely on May 23rd. The water level on Moose Lake at LaTourell's was very low. Monday dawned partly cloudy and calm, Mindy LaTourell dropped us at Prairie Portage around 7AM. 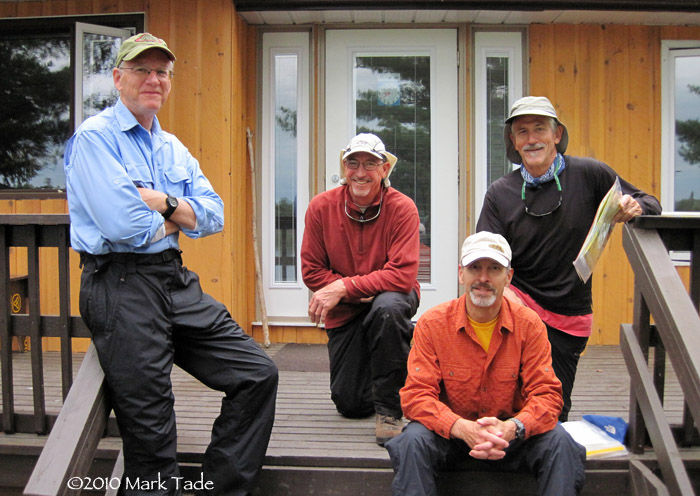 We were in and out of the Canadian ranger station by 8AM (doors open at 7:45). The new Ontario fishing Outdoor Card helped speed things up. We were across calm Bayley Bay and on the broad sand beach of the Burke Lake portage by 9:00. Very shallow water in the channel leading to North Bay required some pushing and shoving with the paddles and a couple times we had to get out and drag the heavily-laden canoes across the sandy bottom. We stopped for coffee and a snack on a 5-star campsite at the entrance to the South Lake channel. Many nice bass, pike and bluegills were spooked by our canoes in the shallow water of the channel leading to South Lake. We were on Shade Lake by 2:00 and ready for a swim. 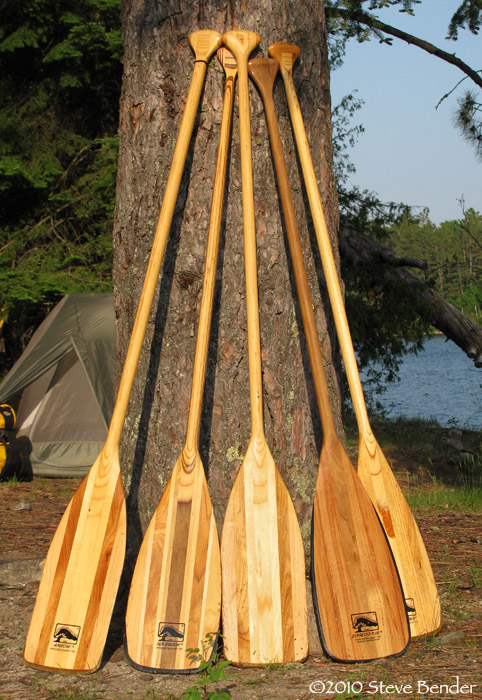 Bugs were a non-issue—black flies had already come and gone and it was too dry for the mosquitoes. Nice 4-star campsite on the peninsula dividing the lake with a narrow, sandy landing big enough for one canoe at a time and great entry for swimming. Mature red pines, clear water, room for 3-4 tents and a decent fire pit and seating with limited lake views. Set up camp, our 8-day conservation fishing licenses not yet active, we tried to nap but too hot in the tents so we swam, then paddled over to view the pictographs. 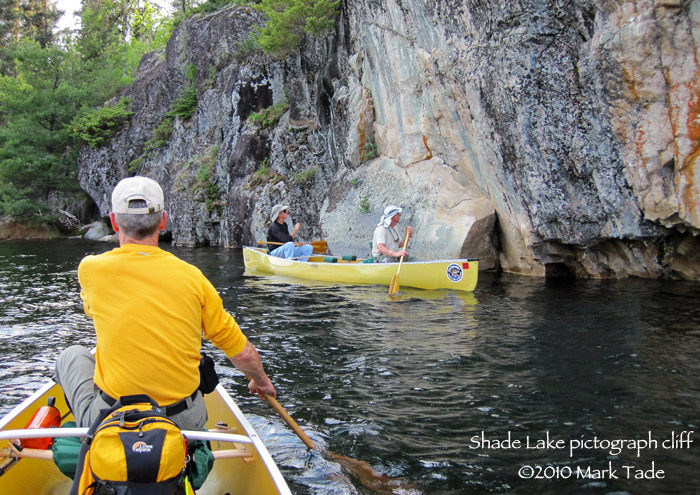 Two minimal images—three red lines repeated twice—possibly missing some elements. Michael Furtman's book Magic on the Rocks suggests they might represent thunderbirds, my thought is they might be someone's signature marking hunting or trapping territory. 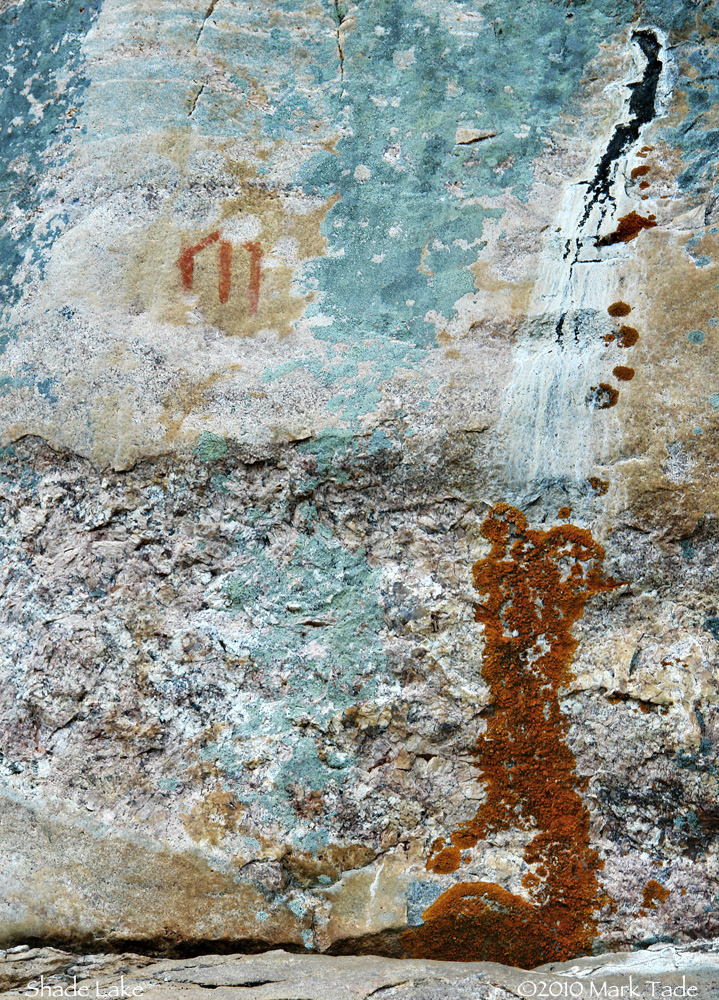 Natural High chicken&broccoli for dinner which was OK, but much better with the addition of JW's home- grown red pepper flakes. Tang&rum cocktails and a small fire, moon almost full, sky clearing and wind dying in the evening. Warm and humid for sleeping, beavers active during the night and a robin began singing around 4AM. We all heard something come down to the water early in the morning and take a long drink but no one looked out to see what it was. 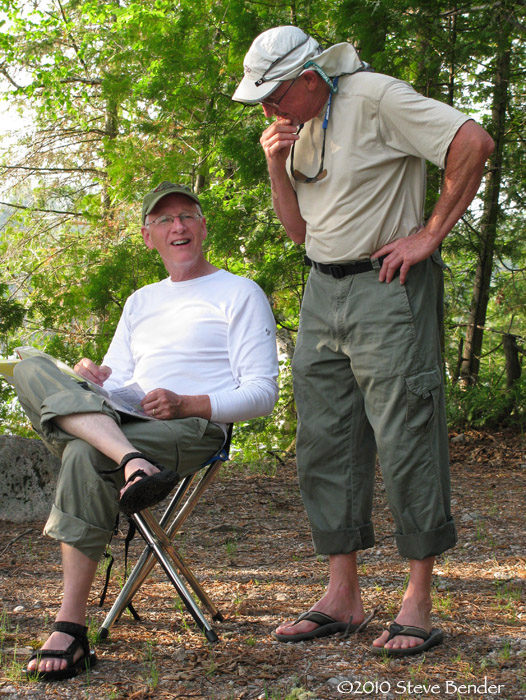