Baker Lake loop with a hole in the boat
by bapabear

Trip Type: Paddling Canoe
Entry Date: 06/12/2010
Entry & Exit Point: Baker Lake (EP 39)
Number of Days: 7
Group Size: 6
Trip Introduction:
We ended up with 6 going on this trip and had planned on only two canoes. We ended up 3 to a canoe and probably wouldn't do that again even though we made it work. This was such a more relaxing trip for me than last year's on the Kawishiwi River since we ran into far fewer people and found more open campsites.
Discuss Trip: View Discussion Thread (8 messages)
Day 1 of 7
Saturday, June 12, 2010

This day really started late Friday afternoon when John, Josh, Aaron, and Clayton arrived from Illinois to our organizational base at my friend Terry’s place. We all gathered for supper, compared notes and did last minute packing especially with the food pack. We also finalized that with four adult men and an 18 yr old and a 10 yr old we’d stick with two canoes. This left us seriously loaded which did have an effect on our travel in a couple of ways however we were able to over come any real troubles.

Saturday was an early start since we had a couple of stops before reaching EP 39 at Baker Lake - on the road about 4:30. We figure 5 hours to Duluth and made it right on the button. Construction was not a problem as we began up the coast to Two Harbors. Our permit was waiting for us at The Canoeist outfitters. We took time to chat with Mike Keller and met Lena, his dog. He told us about an old abandoned iron mine just off a portage trail we’d be using so we promised to search for it. Then we continued on to Tofte and Sawtooth Outfitters. Terry had purchased a used WeNoNah Champlain over the internet and we stopped to pick it up. We were now set to continue on to the EP.

We arrived at 1:30 and were quickly on the water. We had a “youth” canoe, an 18 ft We No Nah Kevlar49, which carried Aaron (18) in the bow, Clayton (10) as the passenger and Josh (30’s) in the stern. The Old Timers took the Champlain with myself (59) in the bow, John (62) as passenger, and Terry (66) in the stern. We were loaded in both canoes but the old guys rode much lower in the water and seem to stick to rocks a lot more. (Foreshadowing)

The first portage was only a 10 rodder into Peterson Lake but just past the portage we ran into trouble getting through some shallow rocks. Peterson was quiet and welcoming as we began our journey. The next portage of 3 rods was quickly behind us and we began to search for our site for the night . The first two sites were taken so we settled for the third one since it was just for one night. Not a great site with poor landing and most tent pads being small. We needed 3 two man tents and a 4 man tent and just barely fit them in. We had a good laugh trying to hang the food pack. There were no good trees so we tried hanging between two smaller ones and the more we pulled the rope to raise the pack the more the trees would bend. I think we were able to get it about 6-7 feet in the air. Not to worry since Yogi didn’t visit anyway. 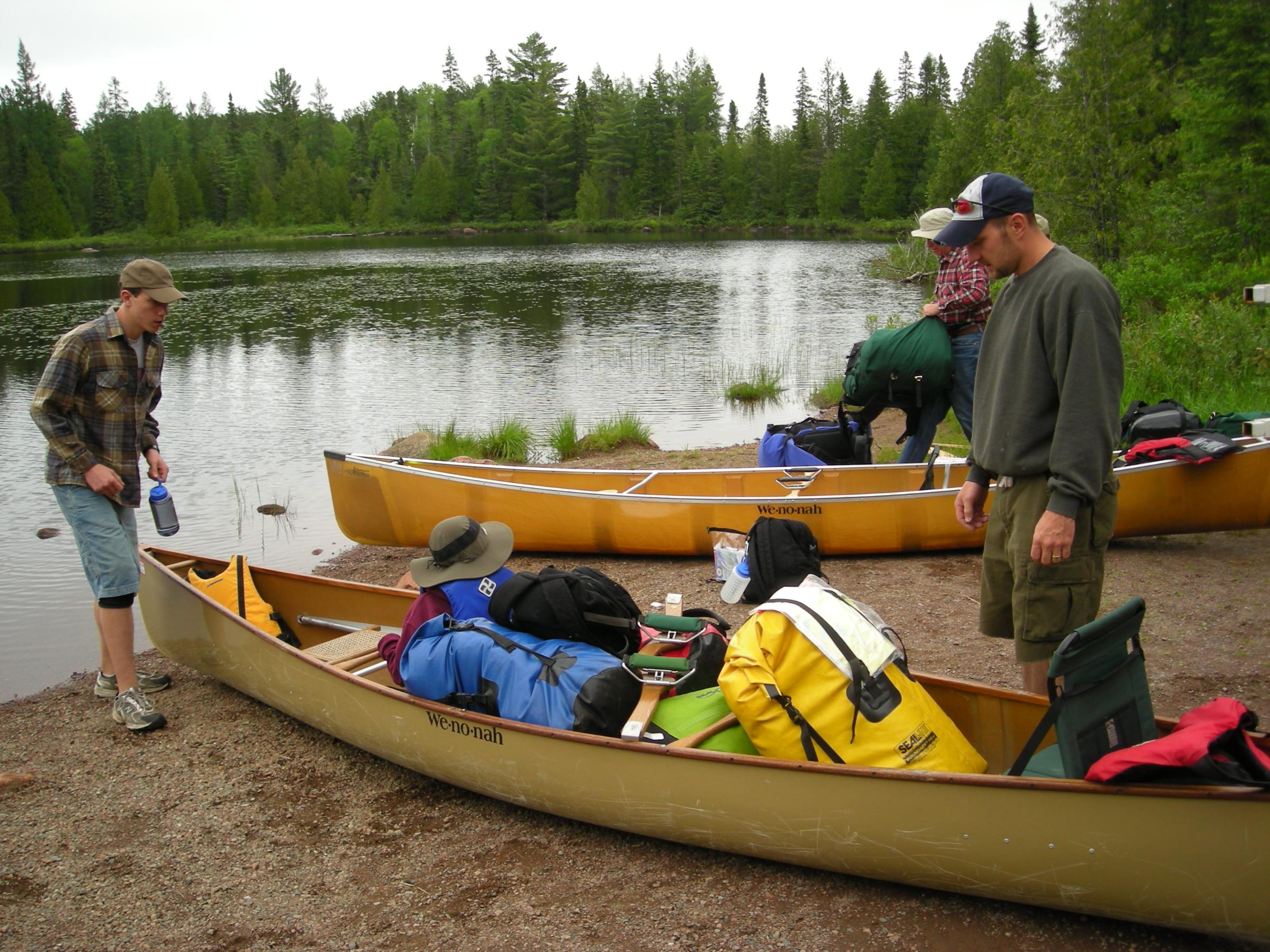 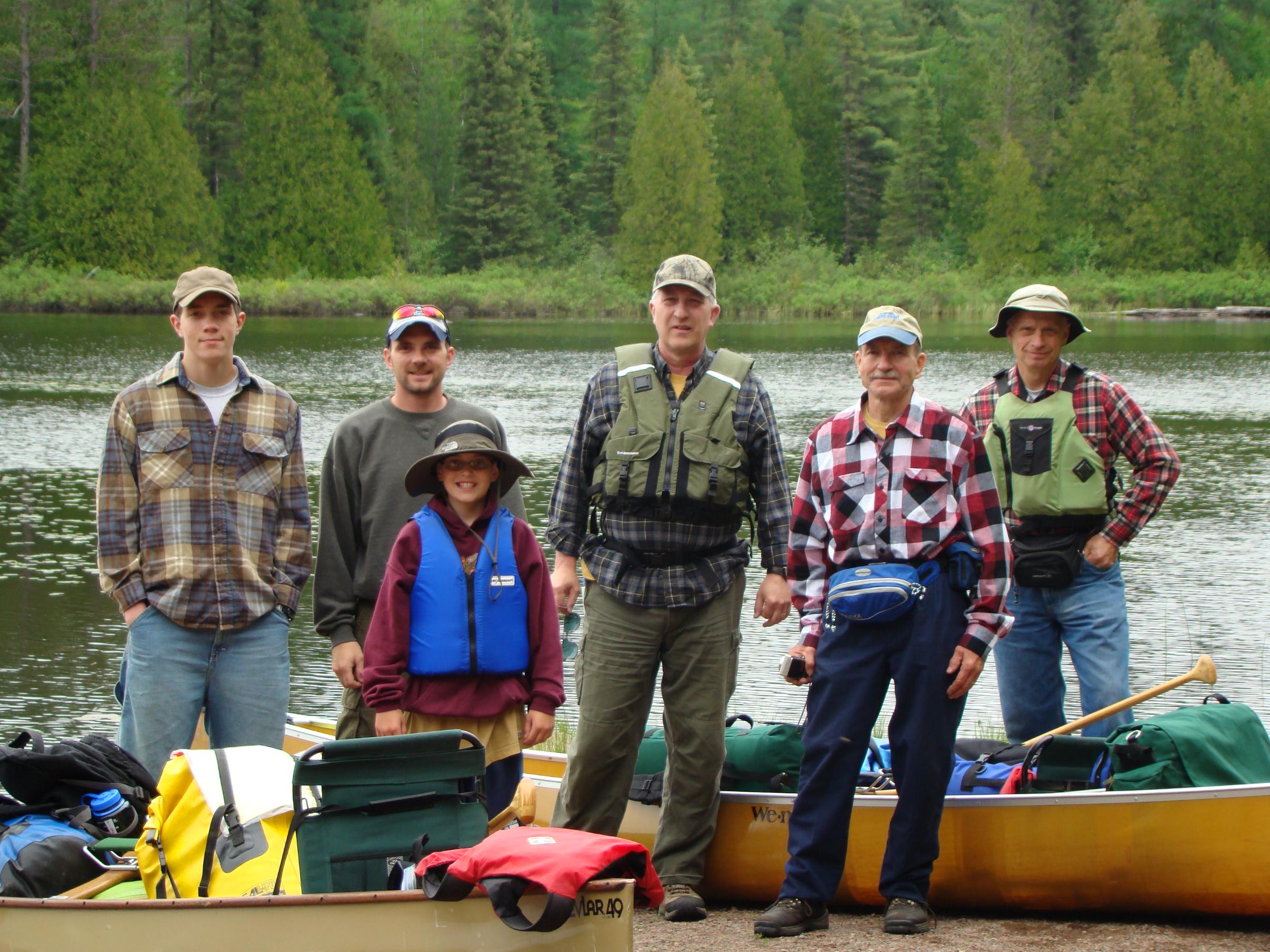 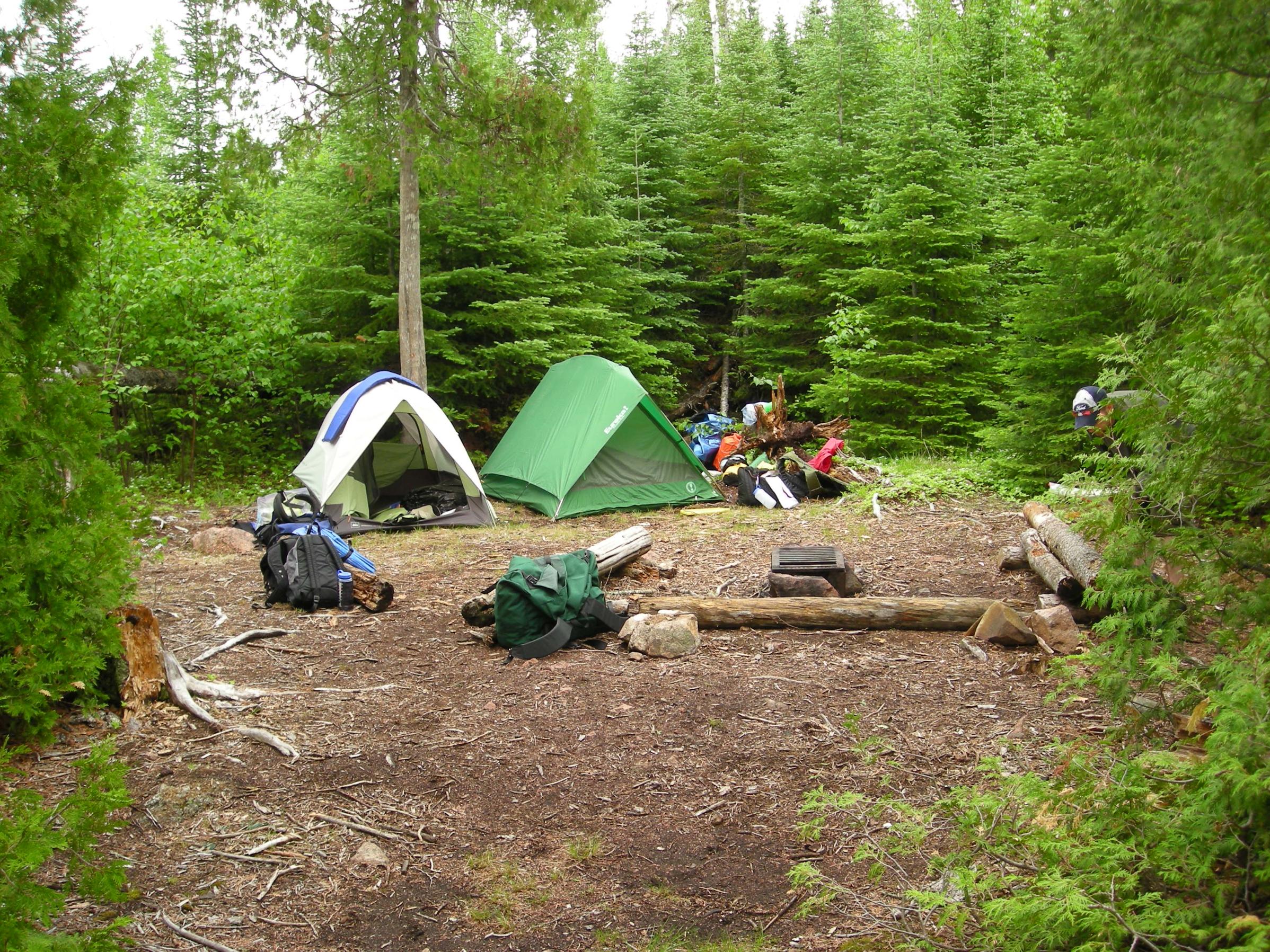 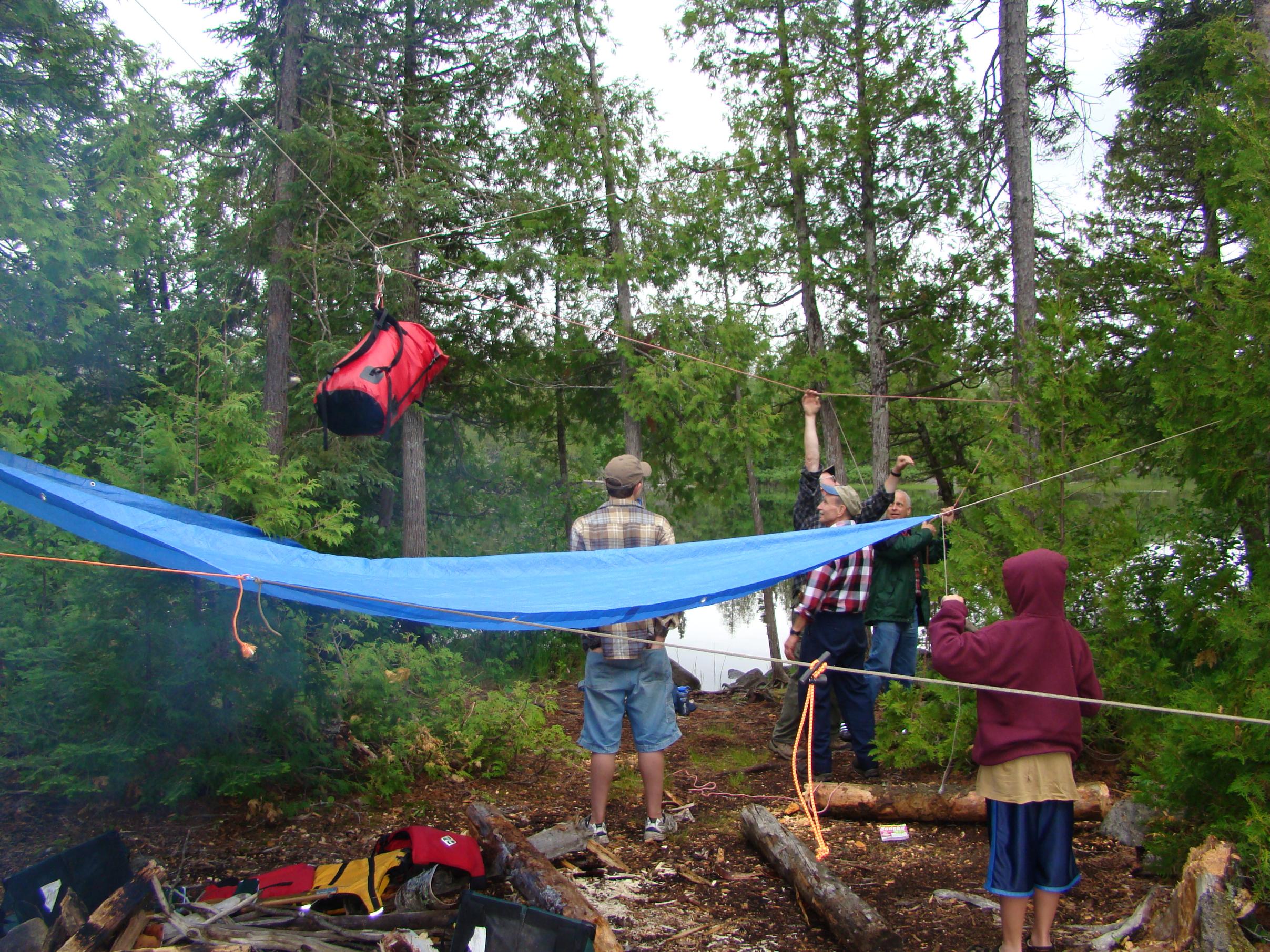