A Paddling Partner for Life, Part 3. A Portaging We Will Go!
by Kiporby 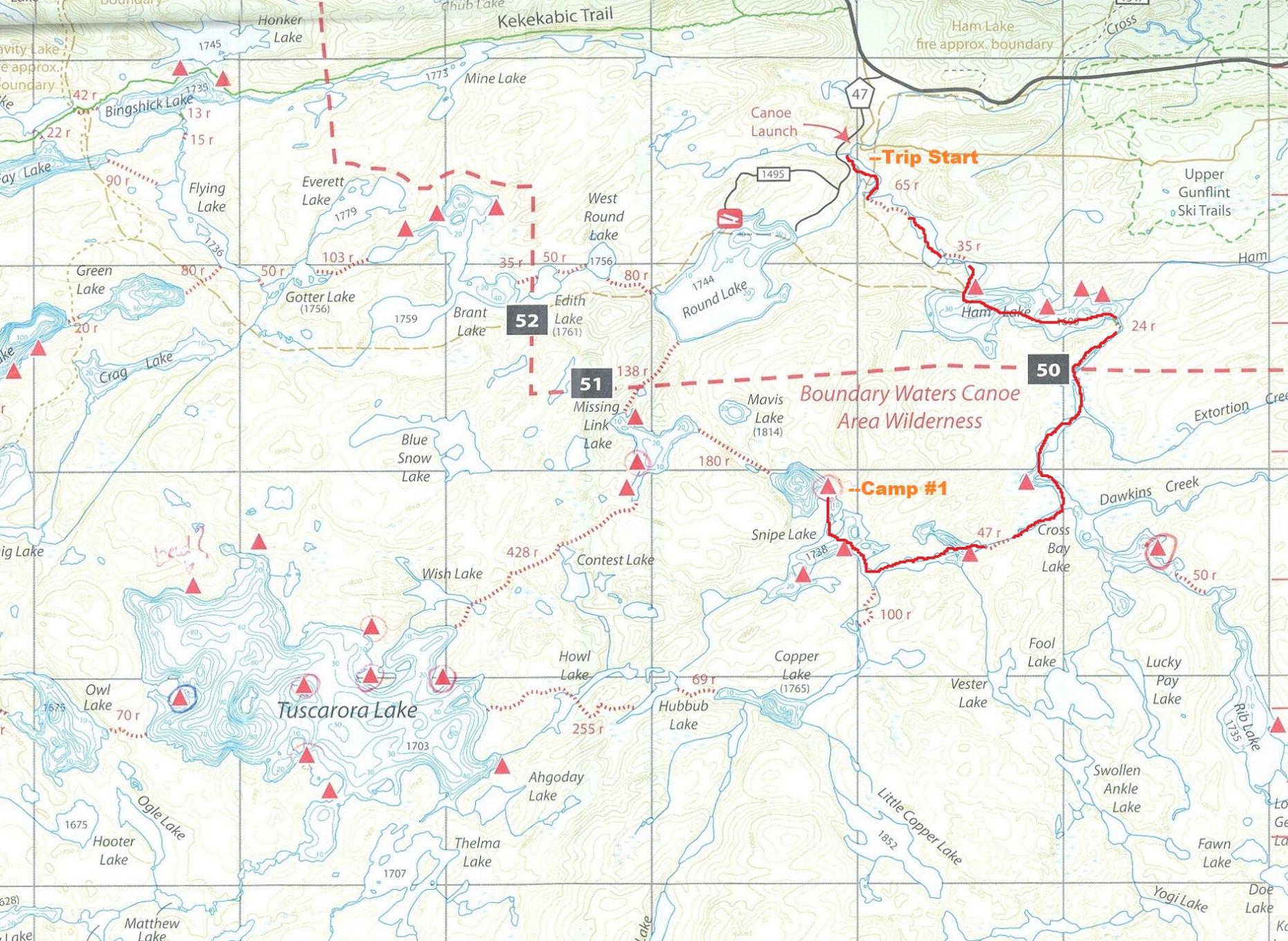 Lauren and I were up at 6am to finish packing and to load up the trailer for the shuttle ride down to the Cross Bay EP. I talked with Deb and Dave for a bit about some last minute route suggestions while Lauren talked with her friends in the store. Soon enough, we were loaded up in the Suburban and on the road to the EP. We hit the water at 8am--off we go! 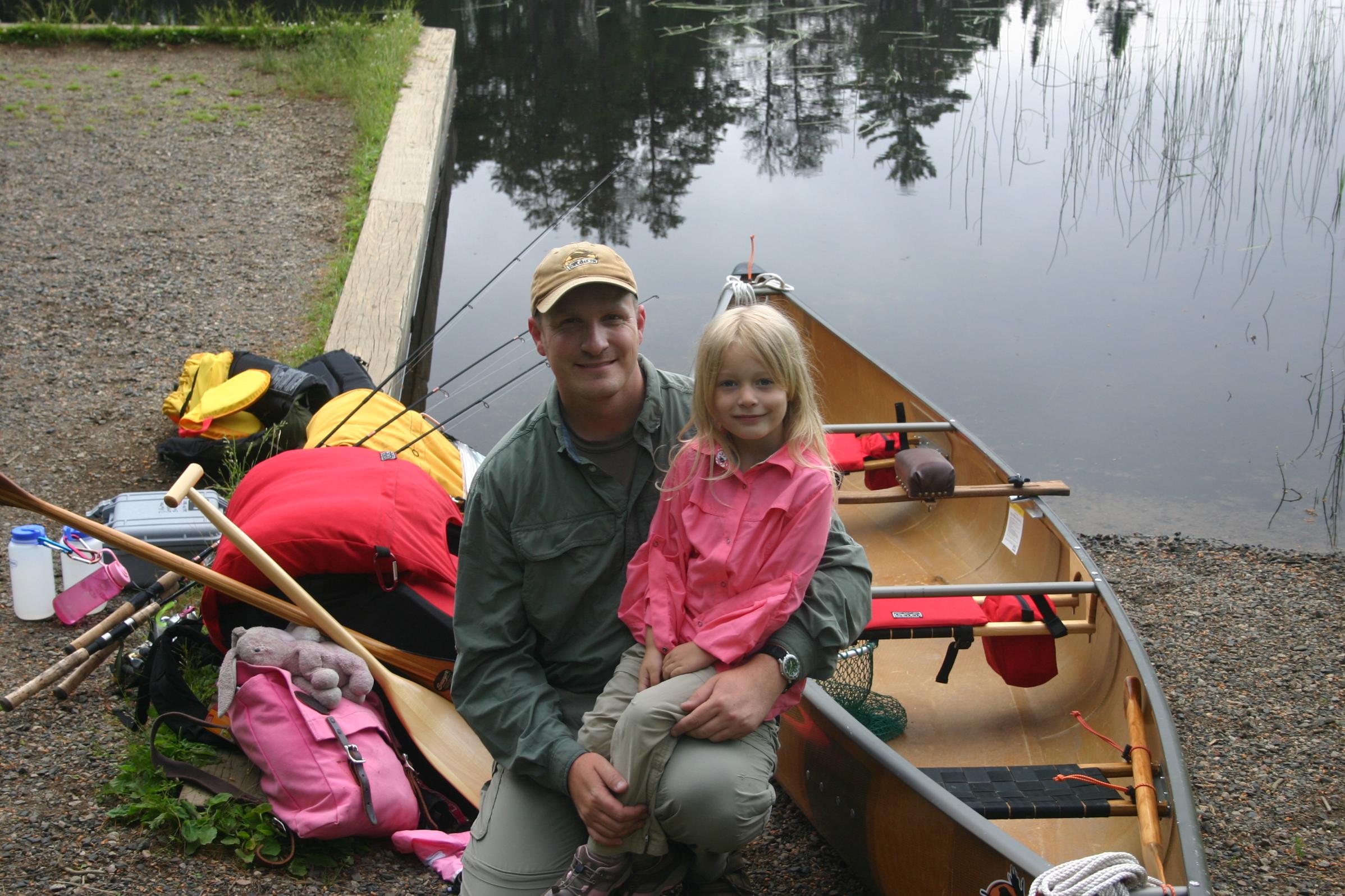 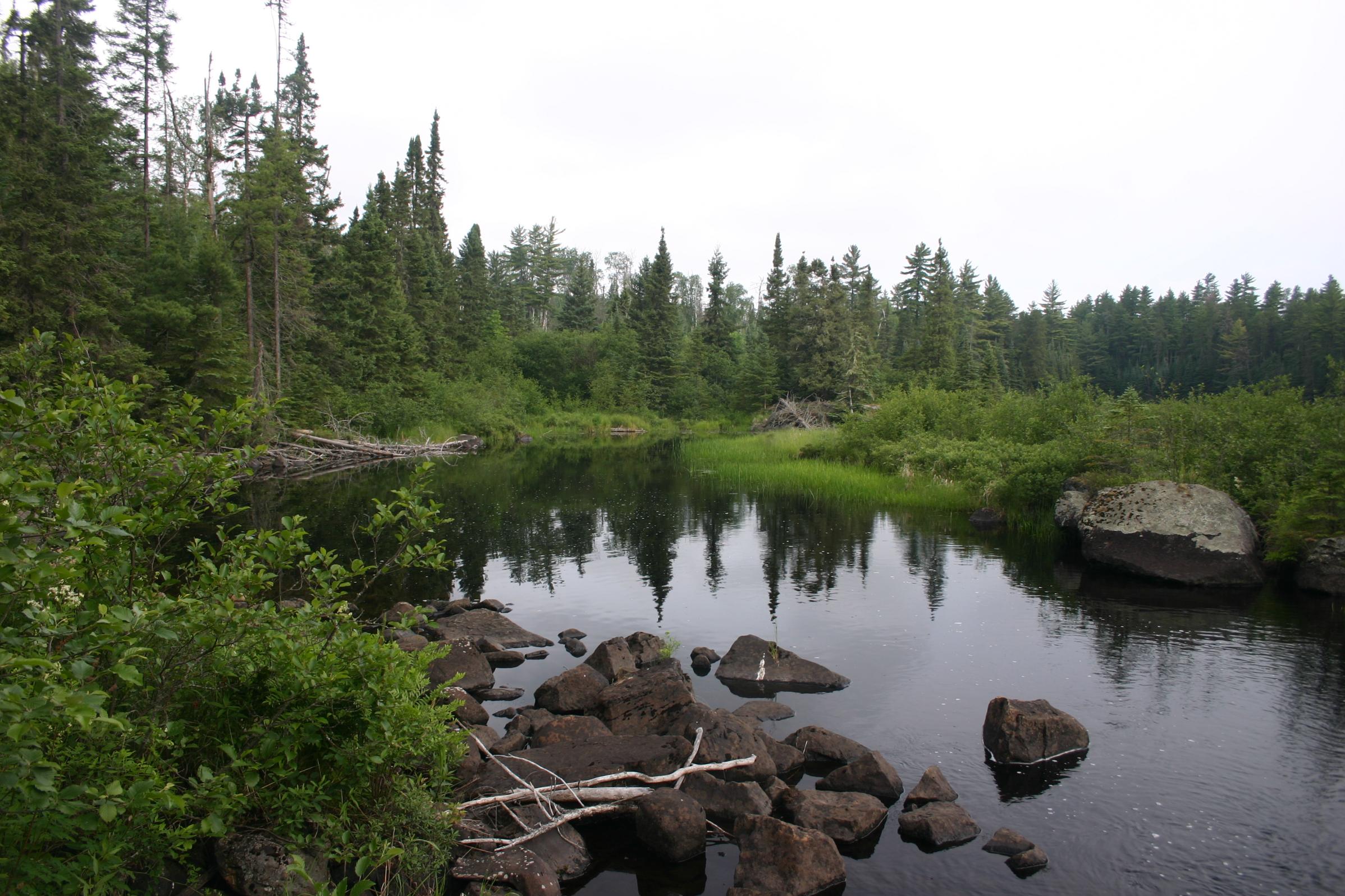 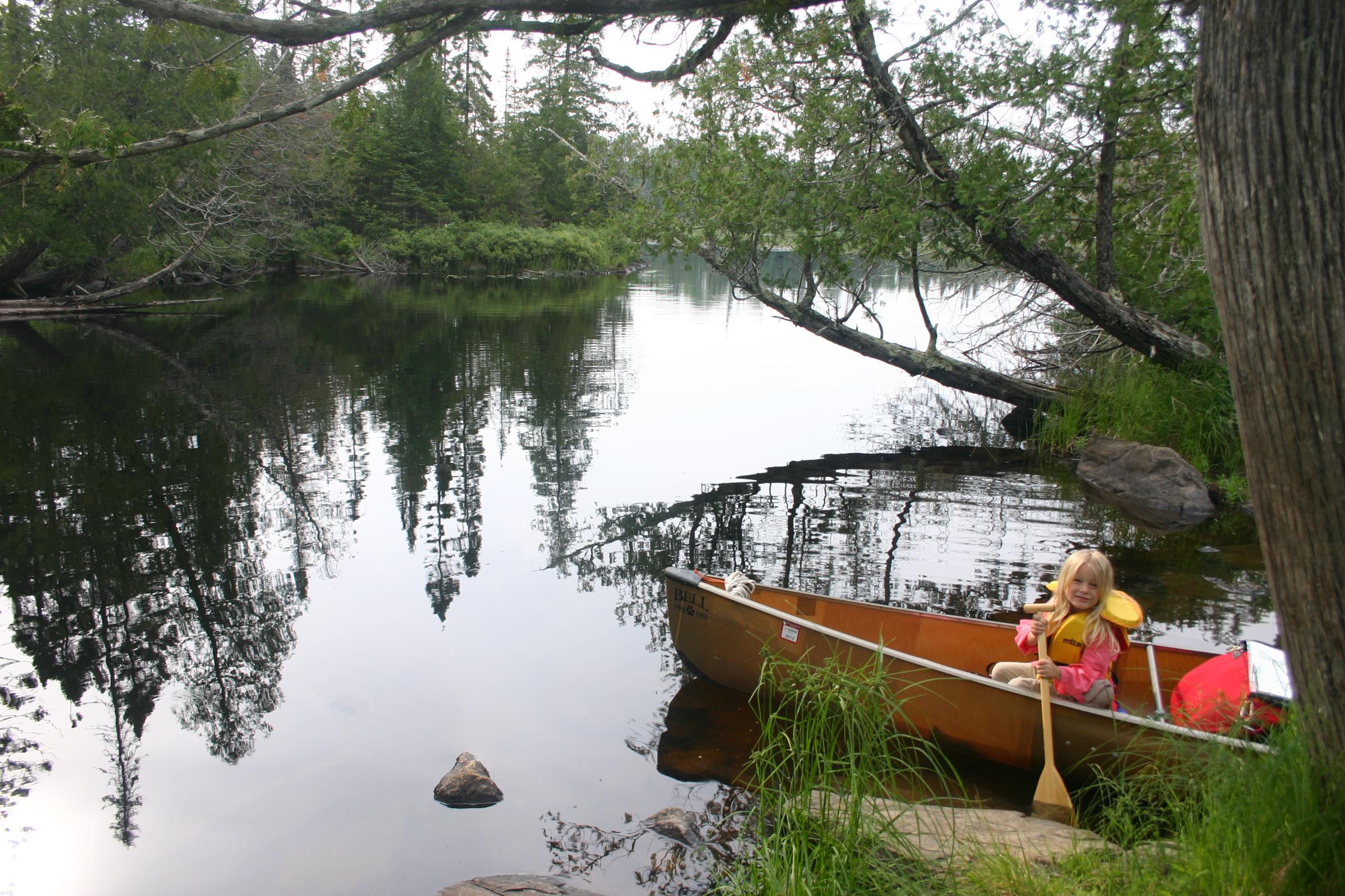 After a short paddle down the Cross River we were at the first portage of the trip, 65 rods. Although rocky at the start and a bit muddy, the portage was easy. A short paddle took us to the 35 rod portage into Ham Lake which was again very easy. Lauren and I were quickly getting our groove on and the mood was great.

The sounds of the forest seemed to fade and time stood eerily still as we paddled past the campsite where the Ham Lake fire started. Only a tiny part of the actually campsite was burned, but across the channel is where the embers blew and the fire really took off.

We observed that two of the four campsites on Ham Lake were taken as we made our way to the 24 rod portage to Cross Bay Lake. This portage was very steep at first, but leveled out and overall was very easy.

Cross Bay Lake is very cool in my opinion. An intimate paddle with rocky cliffs on both shores and tons of lilypads and flowers. After some twists and turns the topography flattens out into a more marshy area. We then made the turn towards Snipe Lake. The stream narrowed quickly and we ended up having to pull over 3 small beaver damns before reaching the portage into Snipe Lake. It started to rain at the landing of the portage into Snipe and Lauren was getting rather upset at the situation and wanted to go back. I was surprised by her reaction, but was able to convince her to press on as we donned our rain gear. Aside from one steep section, the 47 rod portage into Snipe Lake was pretty easy. 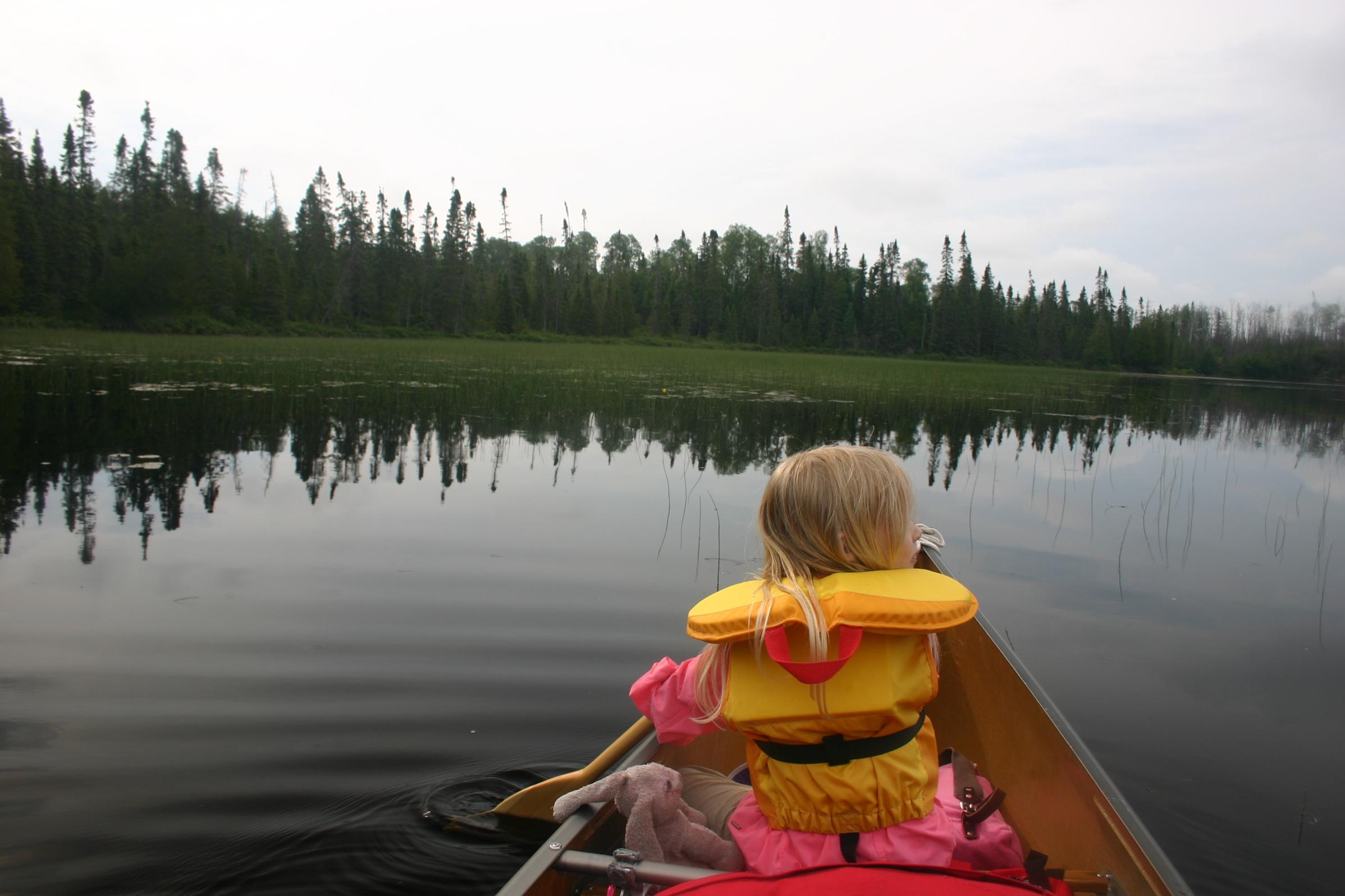 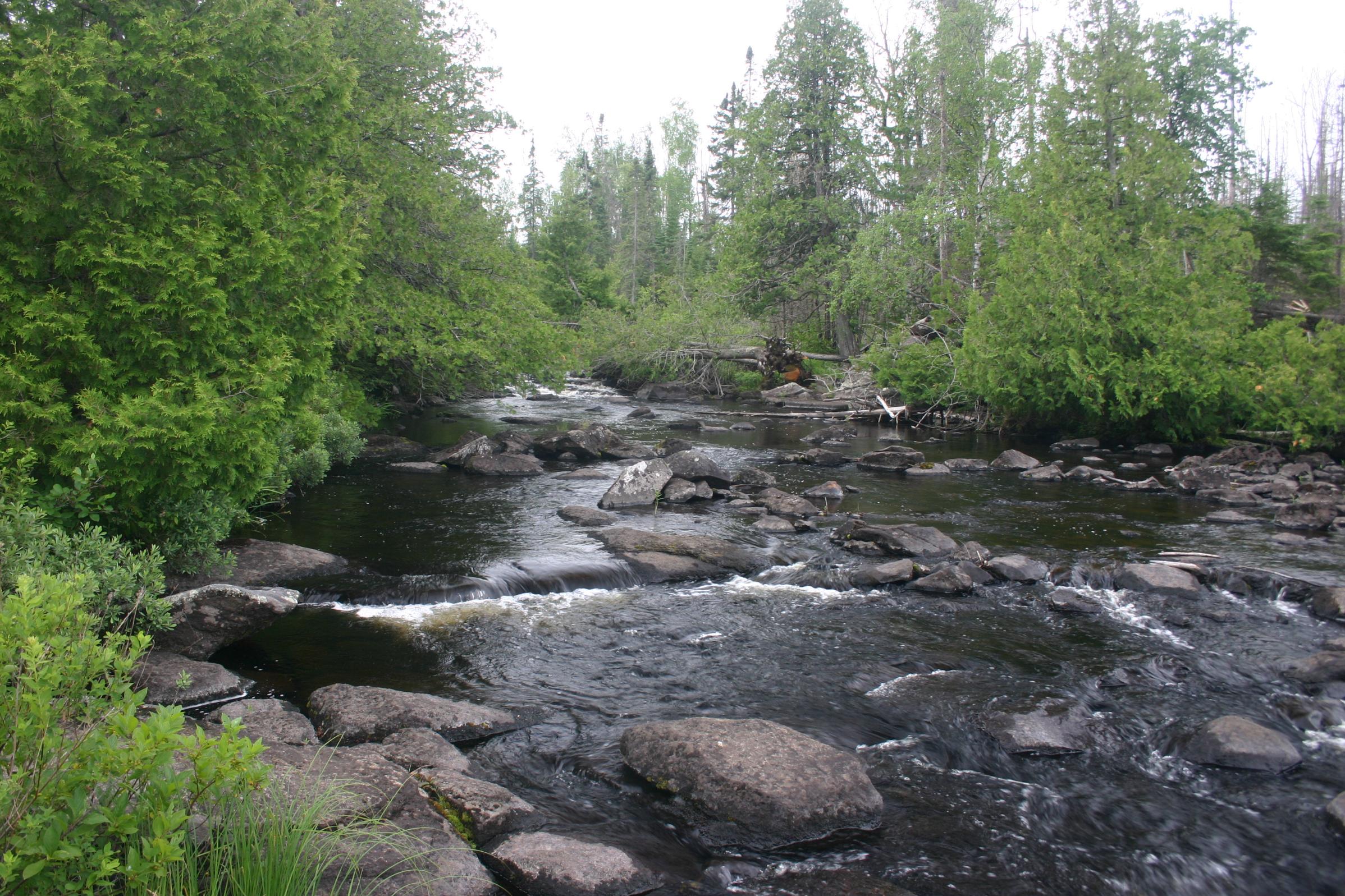 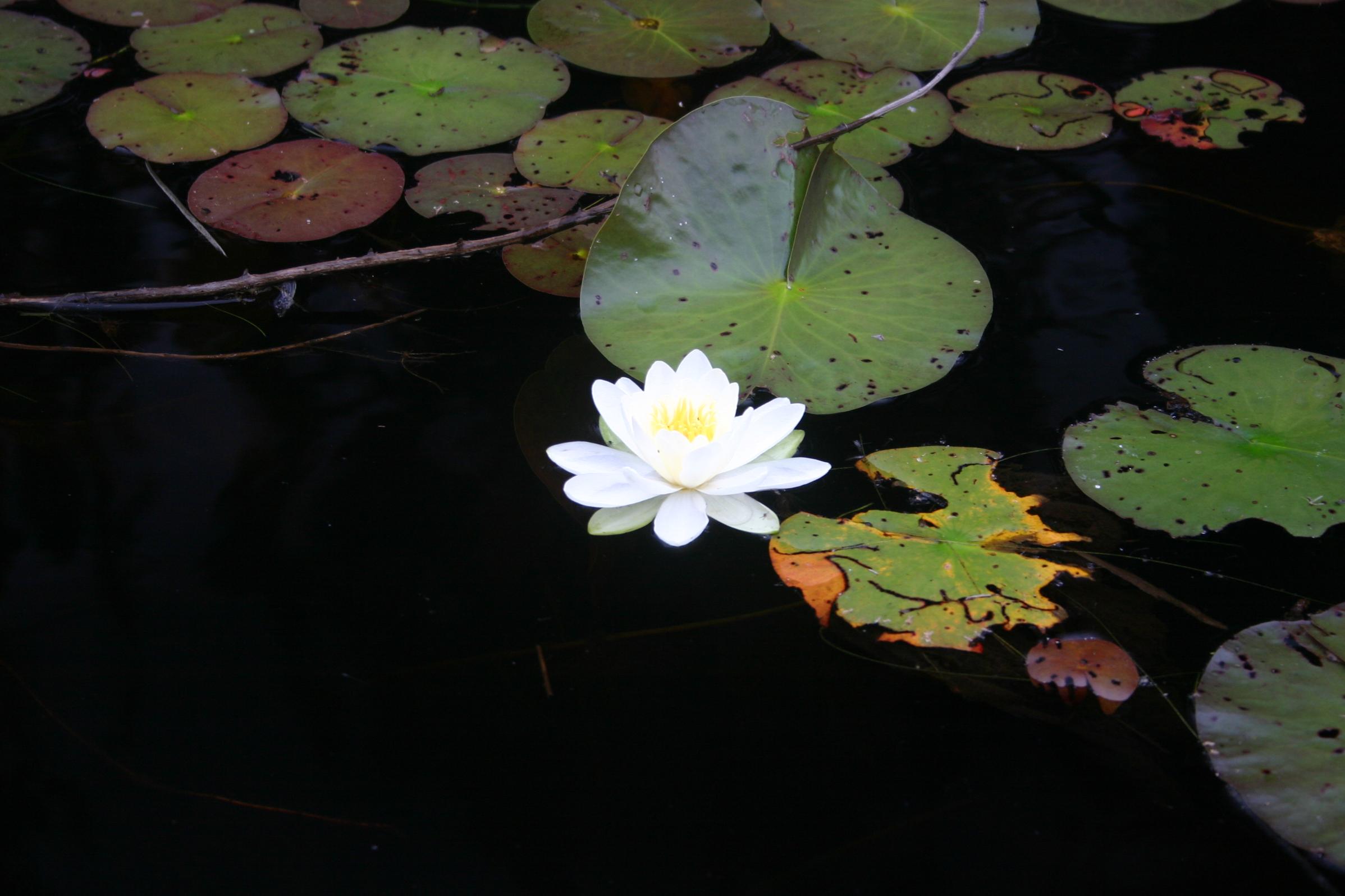 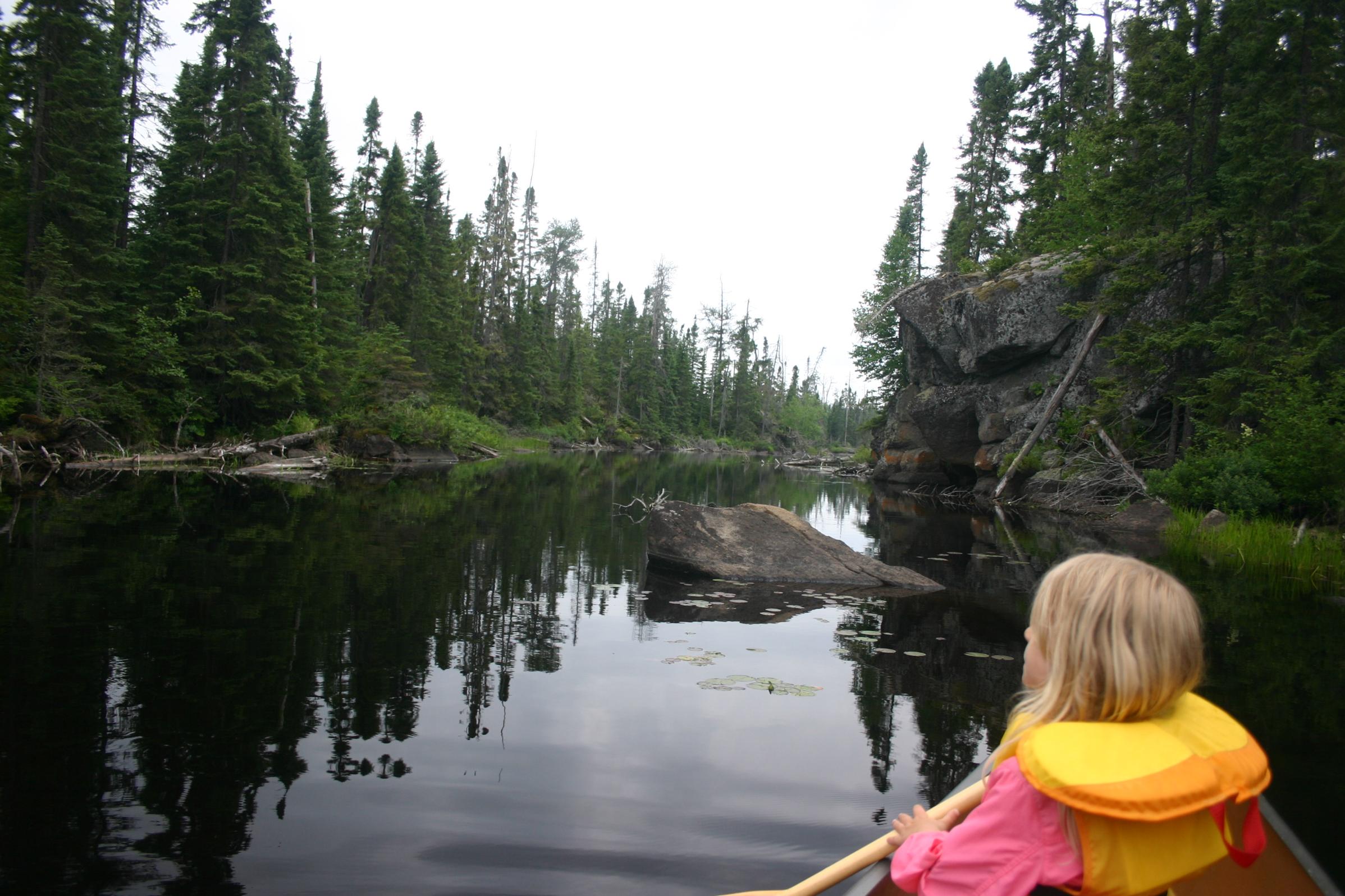 Snipe lake is really interesting. Unfortunately, it was raining pretty hard yet, so we couldn't really enjoy the views as we rushed to the campsite that Cowdoc suggested. We got the tarp set up and dried out a bit before we made lunch. It continued to rain on and off all afternoon. During a brief break in the rain, we managed to get the tent up and took a much needed nap.

Around 3pm, the rain finally stopped, so we procured some firewood for making dinner. The menu tonight would be brats and hot dogs. We went fishing after dinner and Lauren caught a little pike. The clouds from the recent rain provided for a nice sunset while relaxing by the fire. 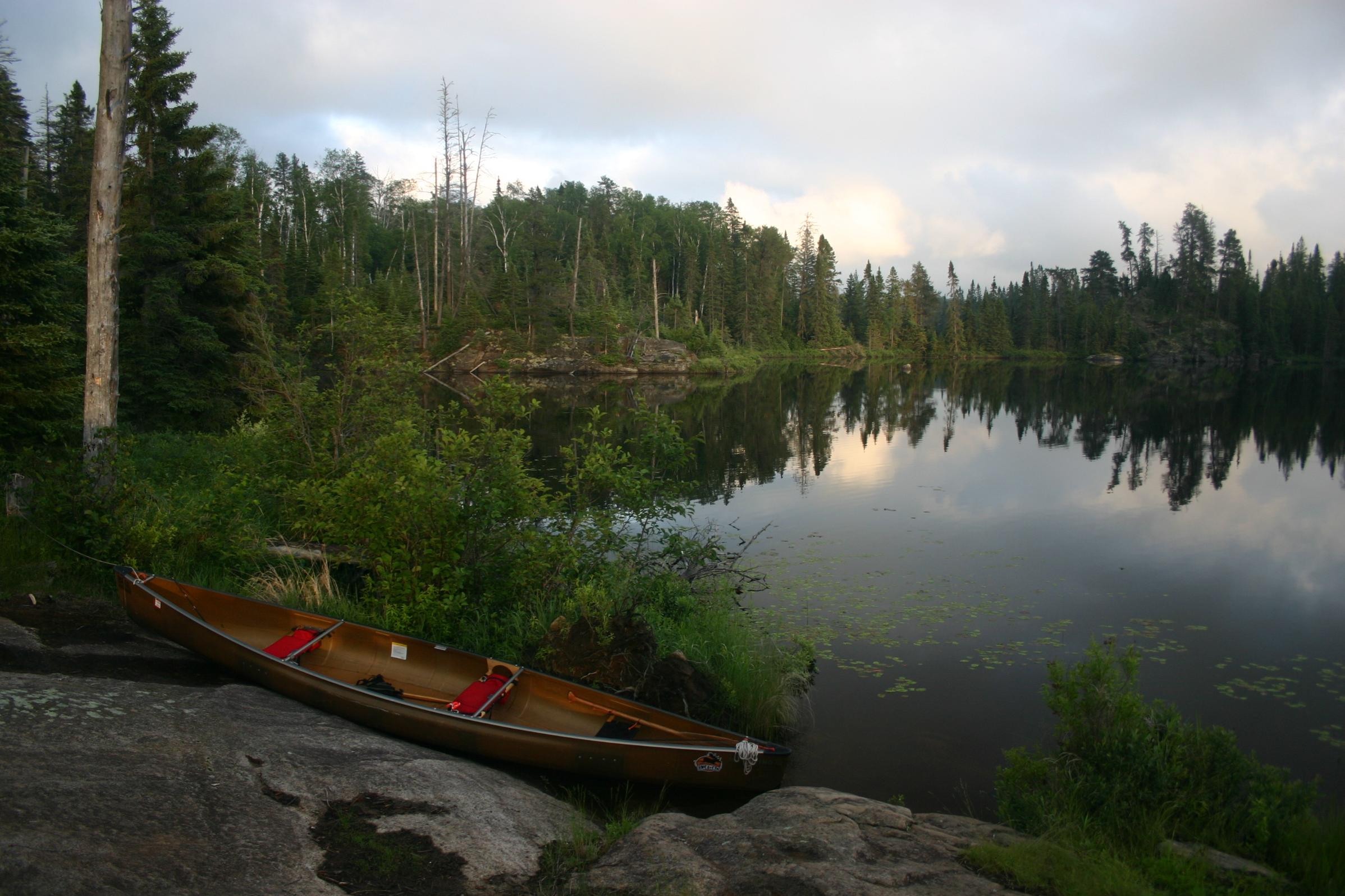 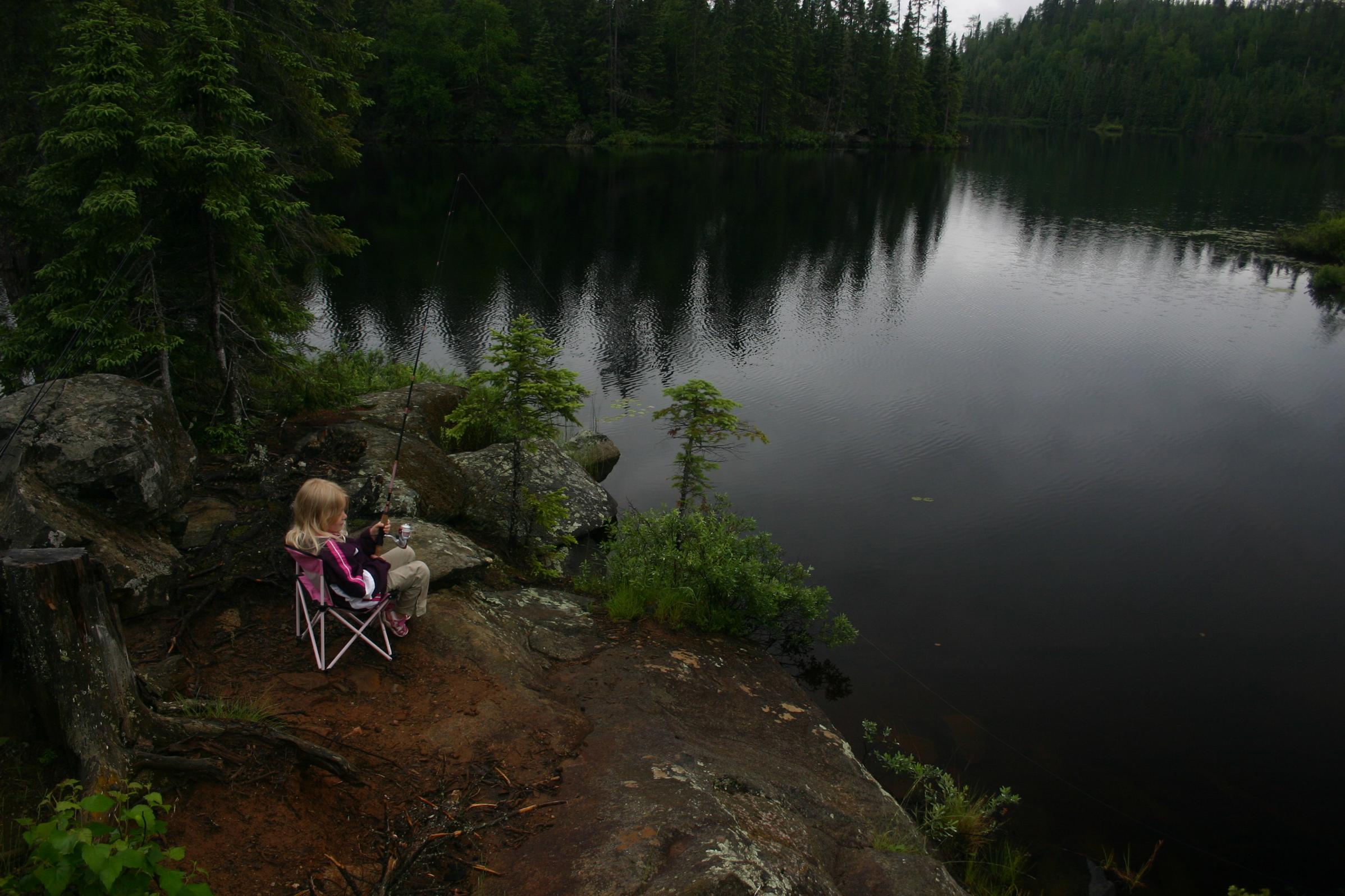 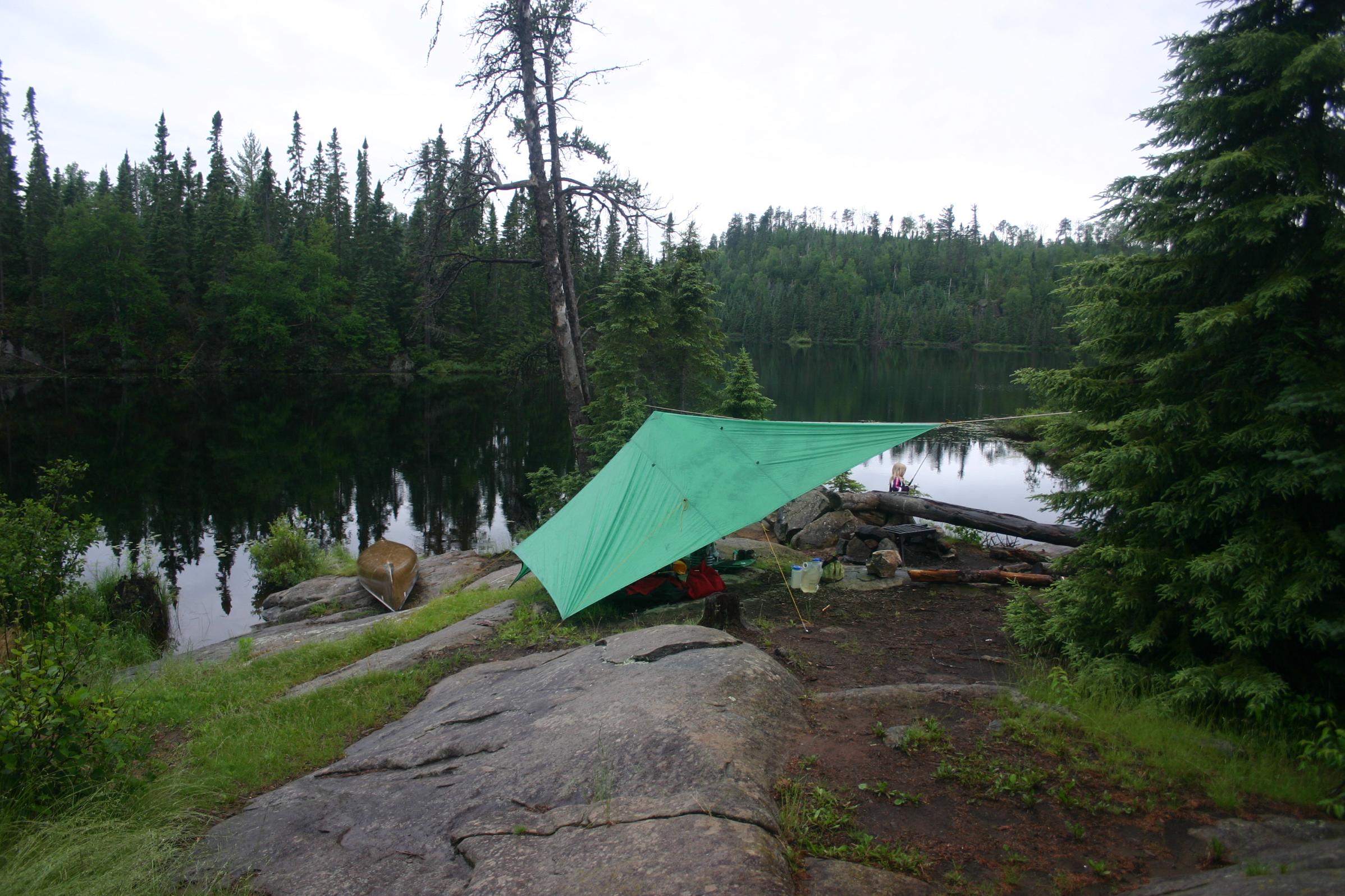 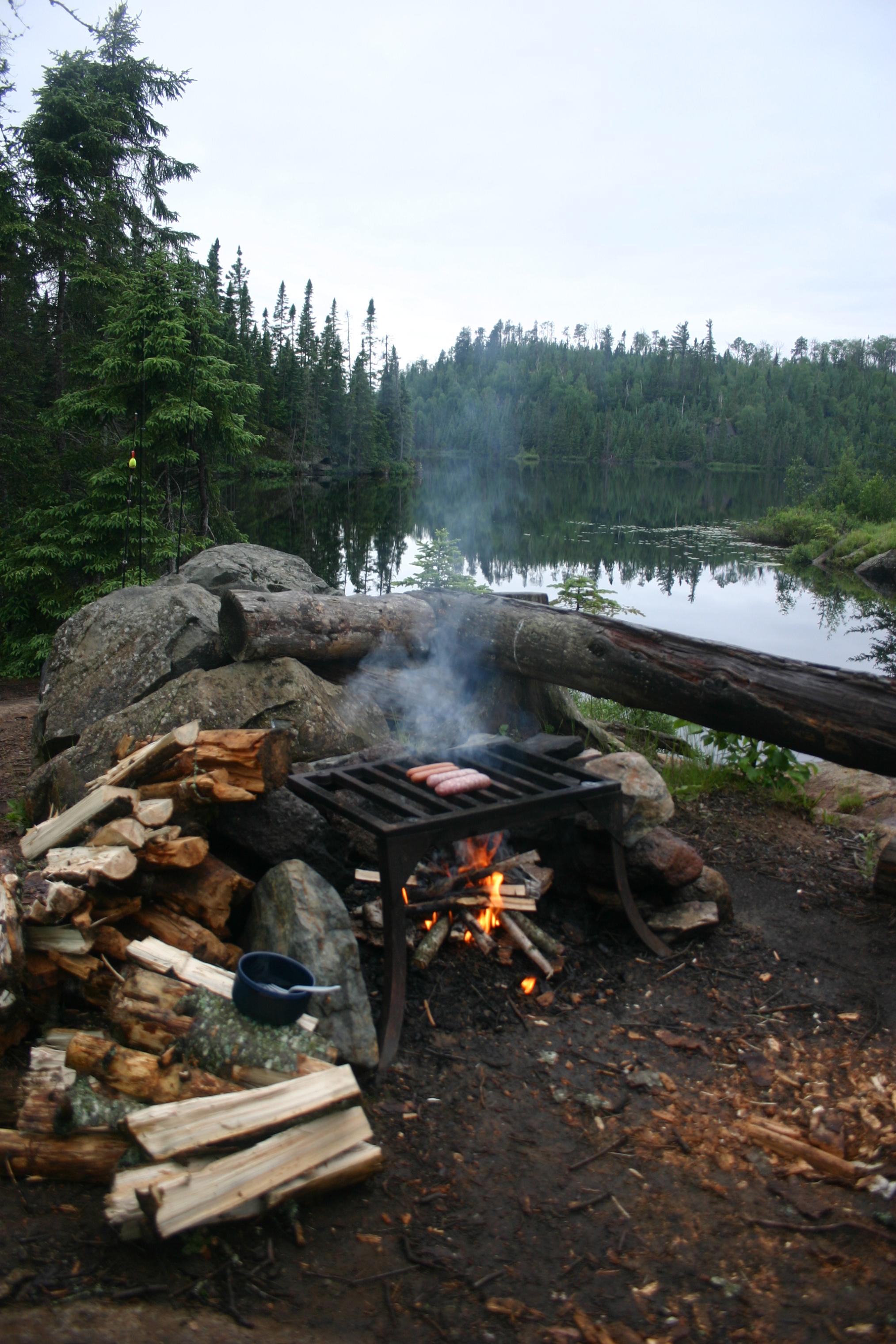 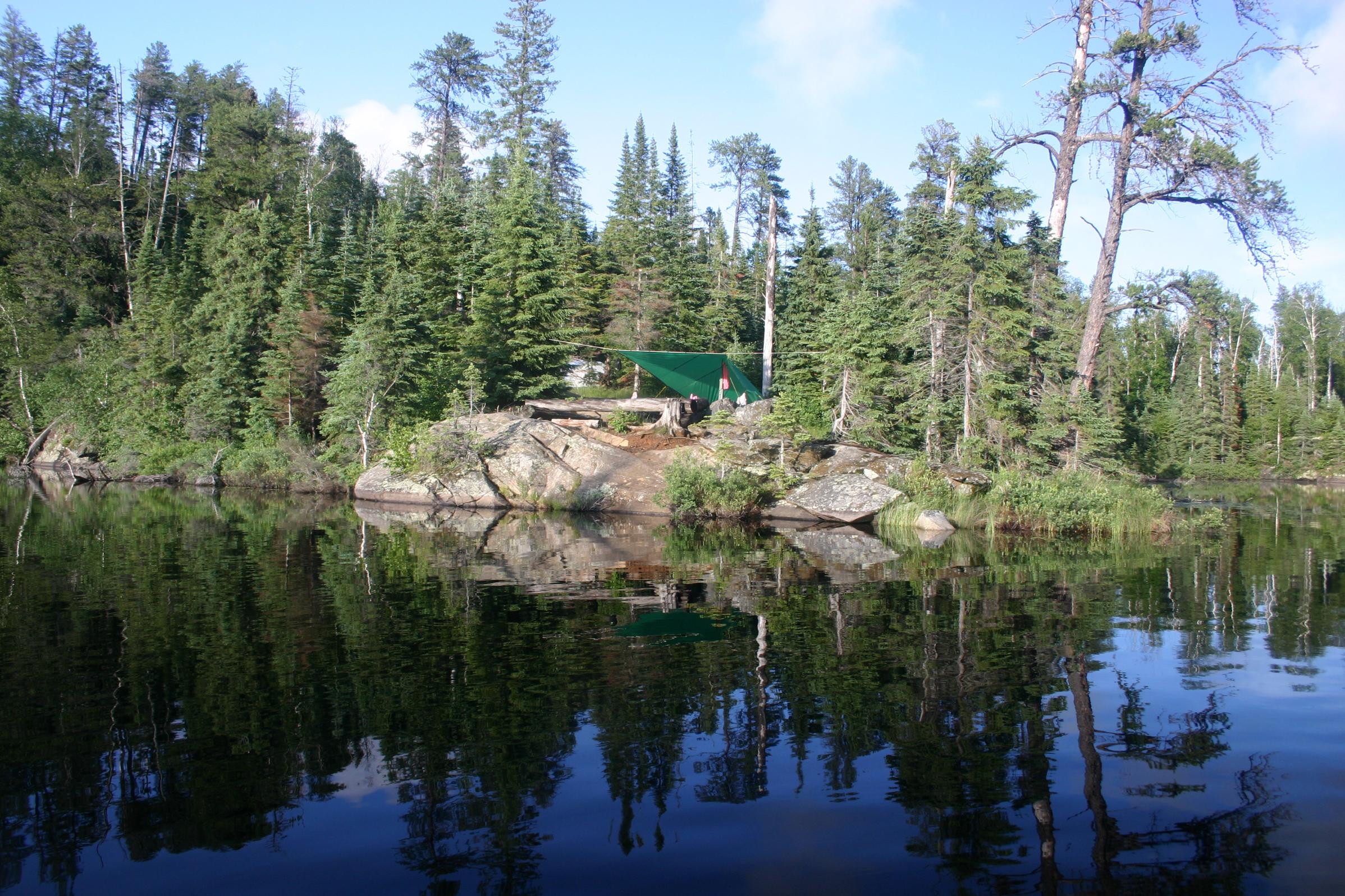 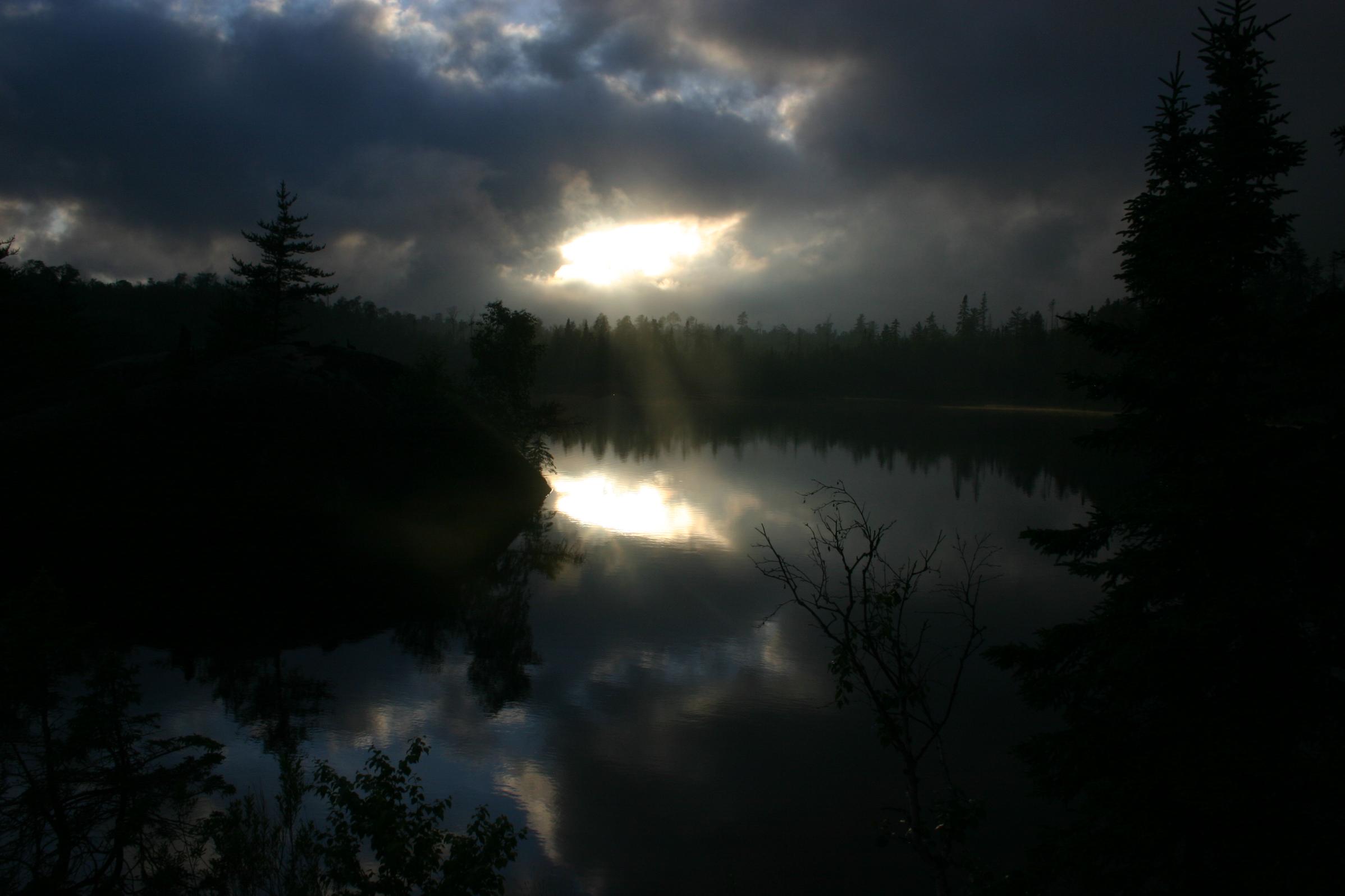 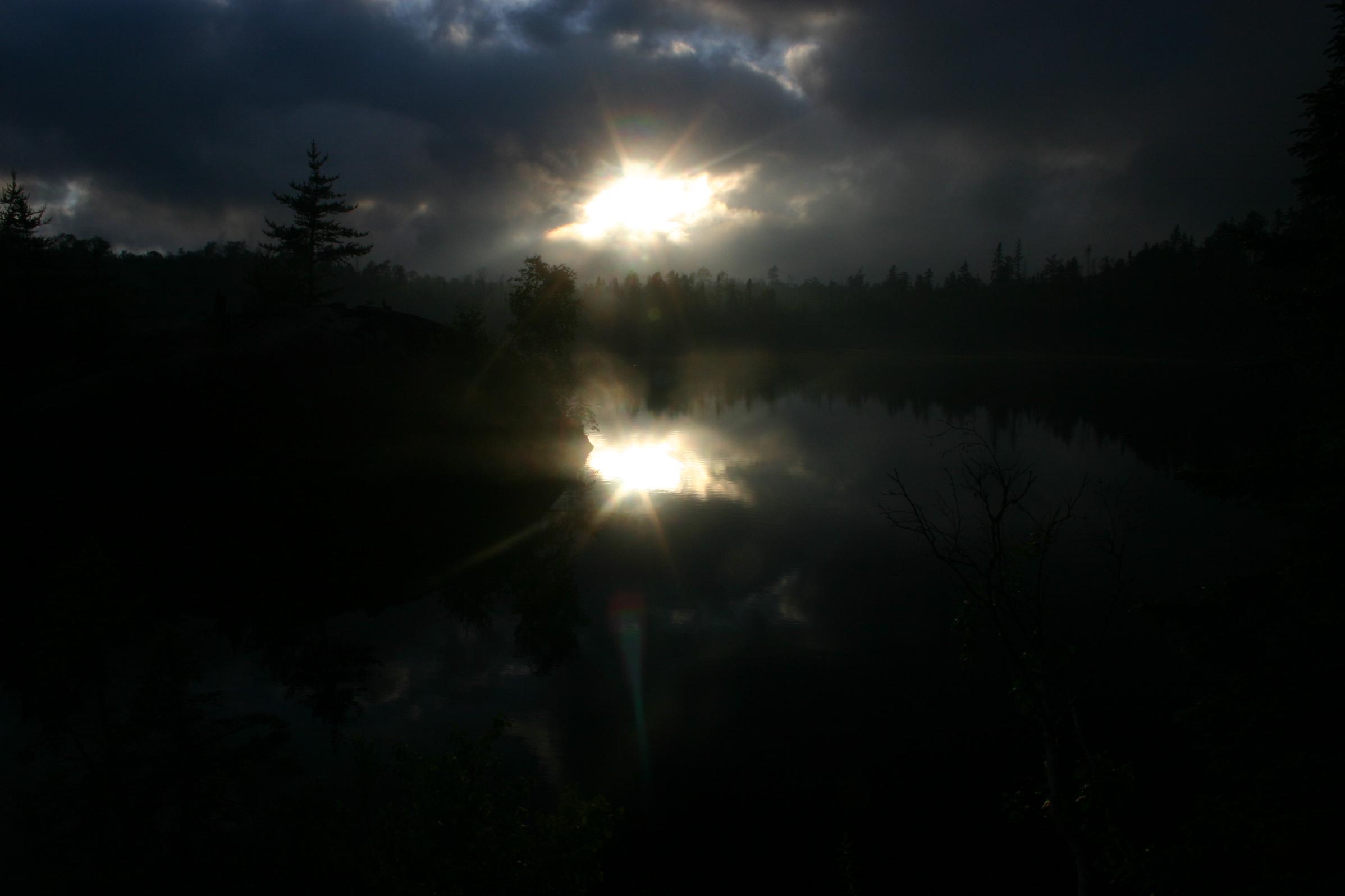