Trip Type: Paddling Canoe
Entry Date: 07/02/2010
Entry & Exit Point: Cross Bay Lake (EP 50)
Number of Days: 4
Group Size: 4
Trip Introduction:
Long Island vacation with 2 of my sons and one of their friends. The plan is to fish, relax, and explore the area.
Discuss Trip: View Discussion Thread (11 messages)
Day 1 of 4
Friday, July 02, 2010
Started out later than I hoped. We didn't leave the Cross River until 8:00am. We could tell it was going to be a hot, muggy day. The wind wasn't too bad but it was coming out of the south and that's where we were heading. The forecast was for rain and possible thunderstorms so we were ready for nasty weather. But the extra gear added weight to the equipment pack. Also, with 3 teenagers along, we need to pack a lot of food so the food pack was very heavy too.

Since our boys were busy with summer baseball, we had to work around their schedule and had problems finding time to go. We decided to go over the July 4th weekend to minimize scheduling conflicts. This worked out well last year.

We had been through this route several times before so we knew what to expect. The portages are short but a little hilly. There is really no big water. Our planning showed a lot of permits were available for that area over the July 4th weekend and were hoping to have the lakes to ourselves like we did the last time we were there. 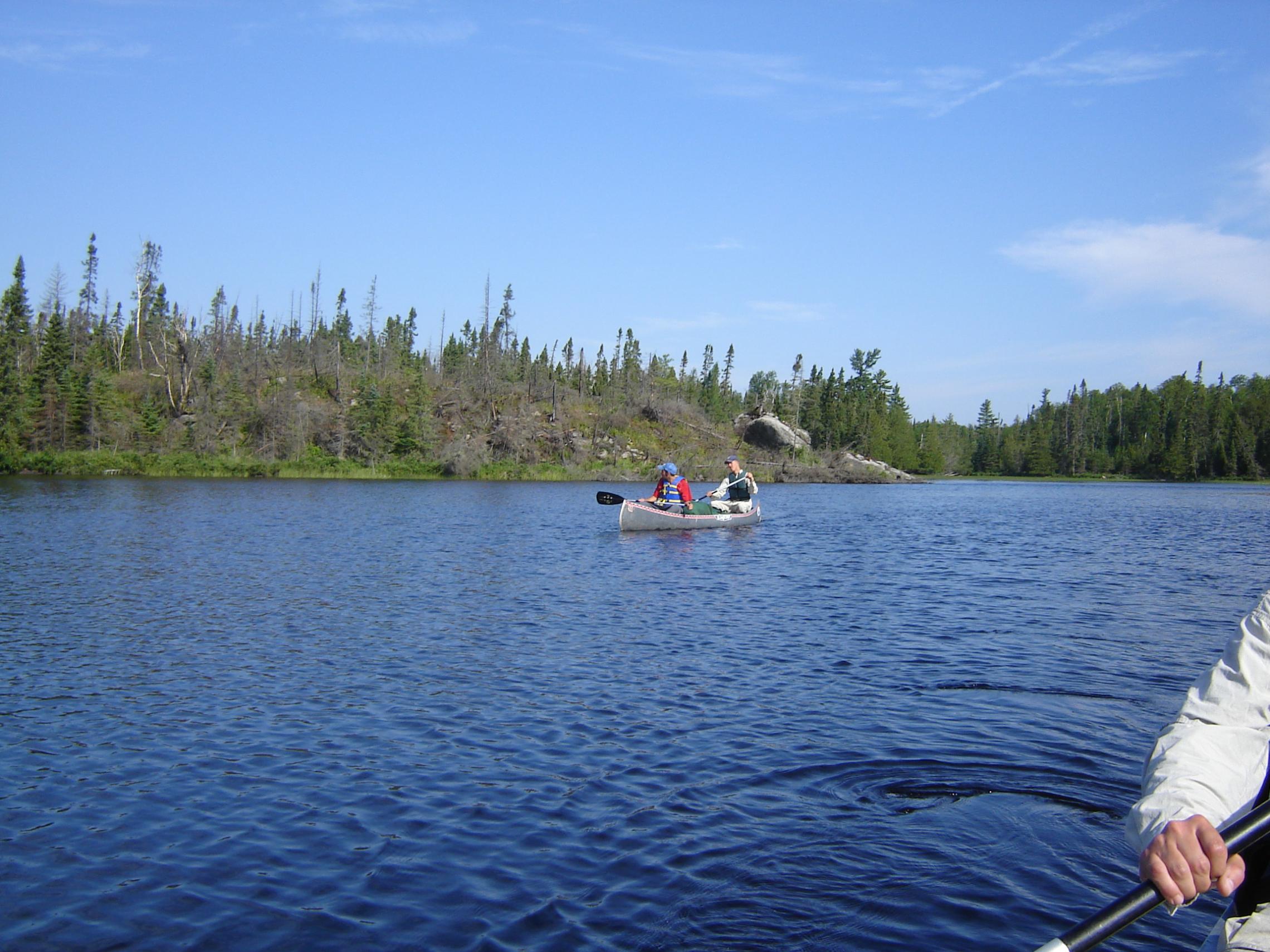 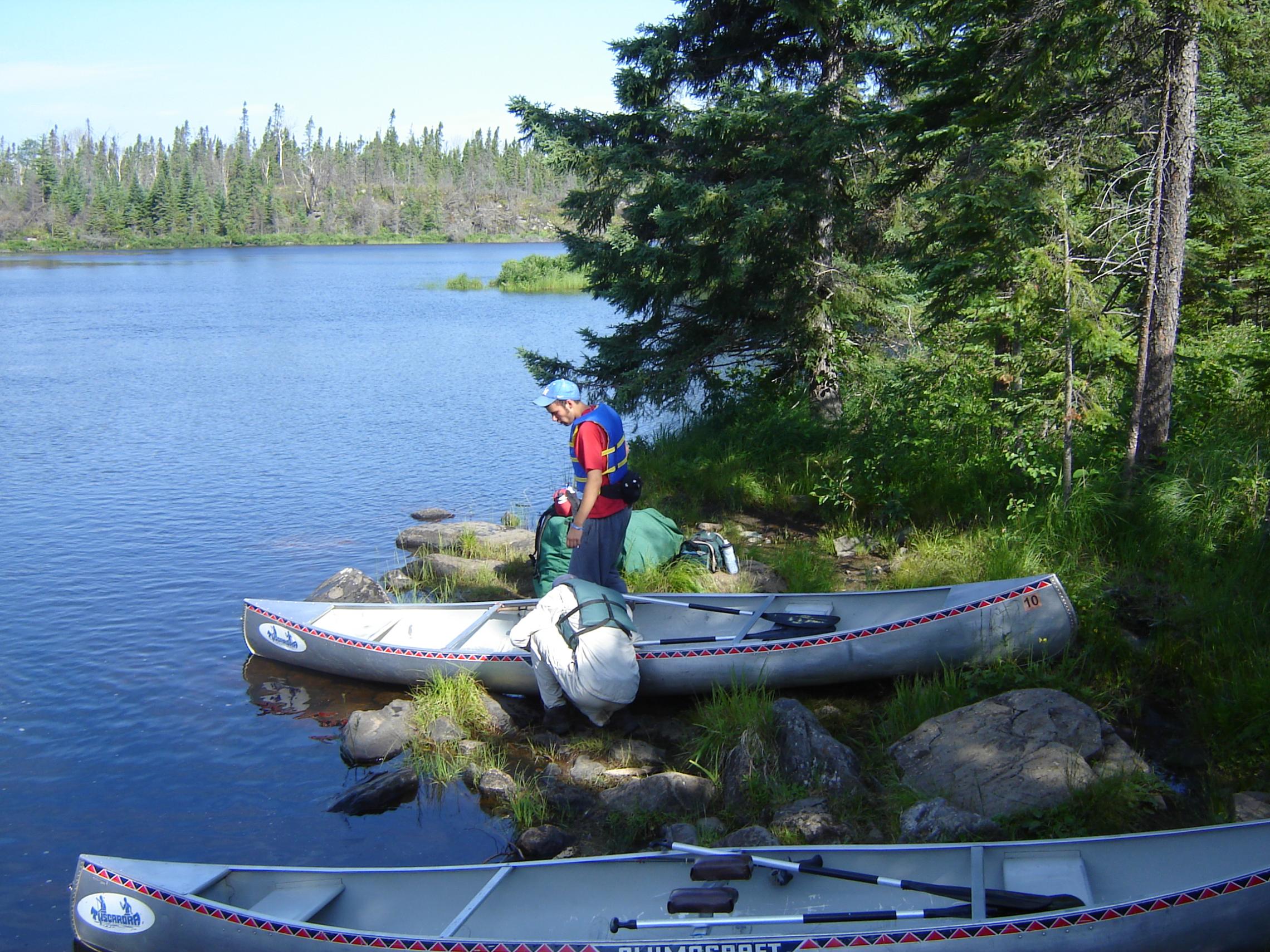 The paddling was easy but we had to be cautious with the frequent shallow rocky patches that you travel through. With the breeze and sun, it was harder to see the rocks -- even the aluminum coated boulders just under the surface. 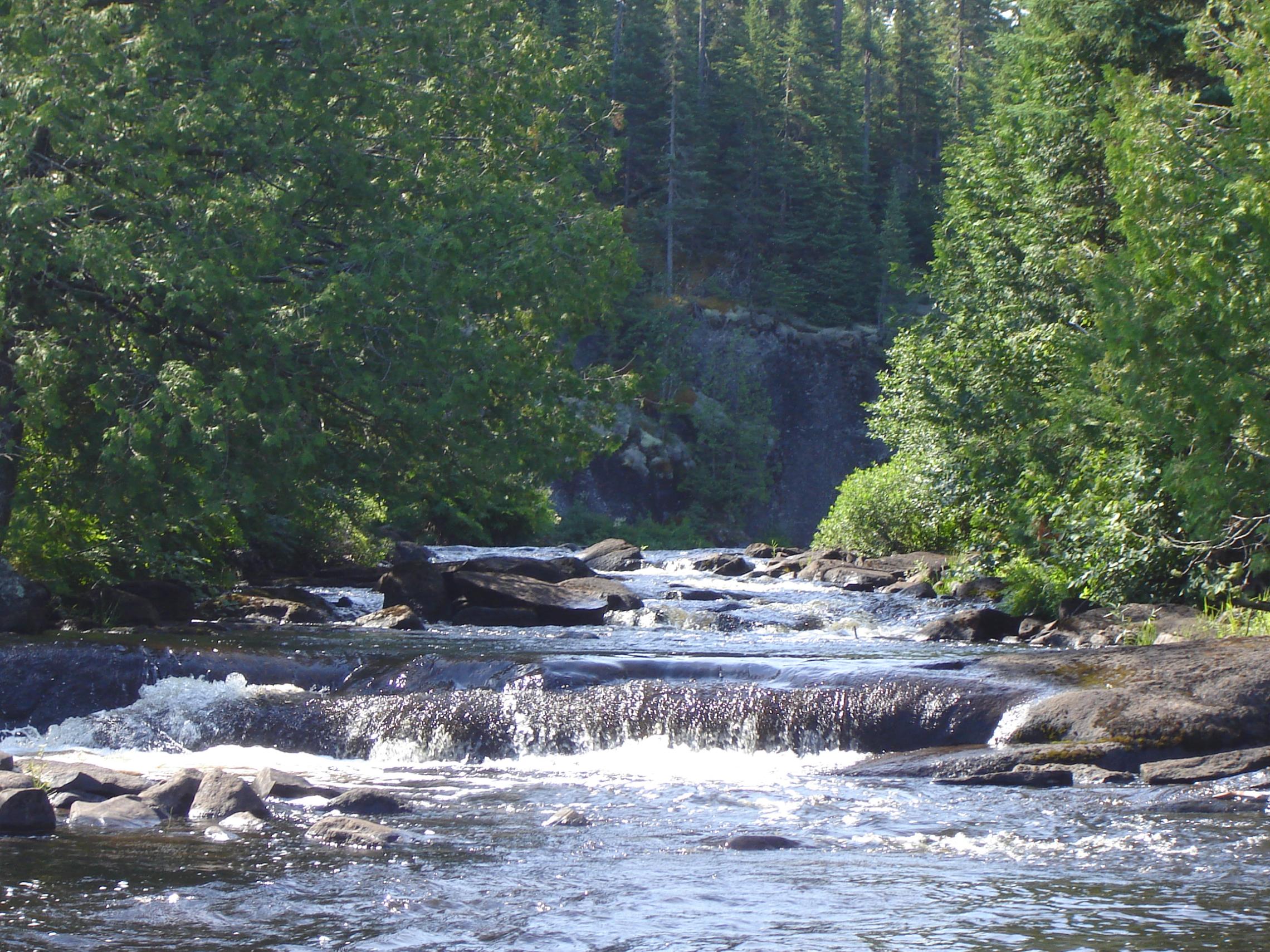 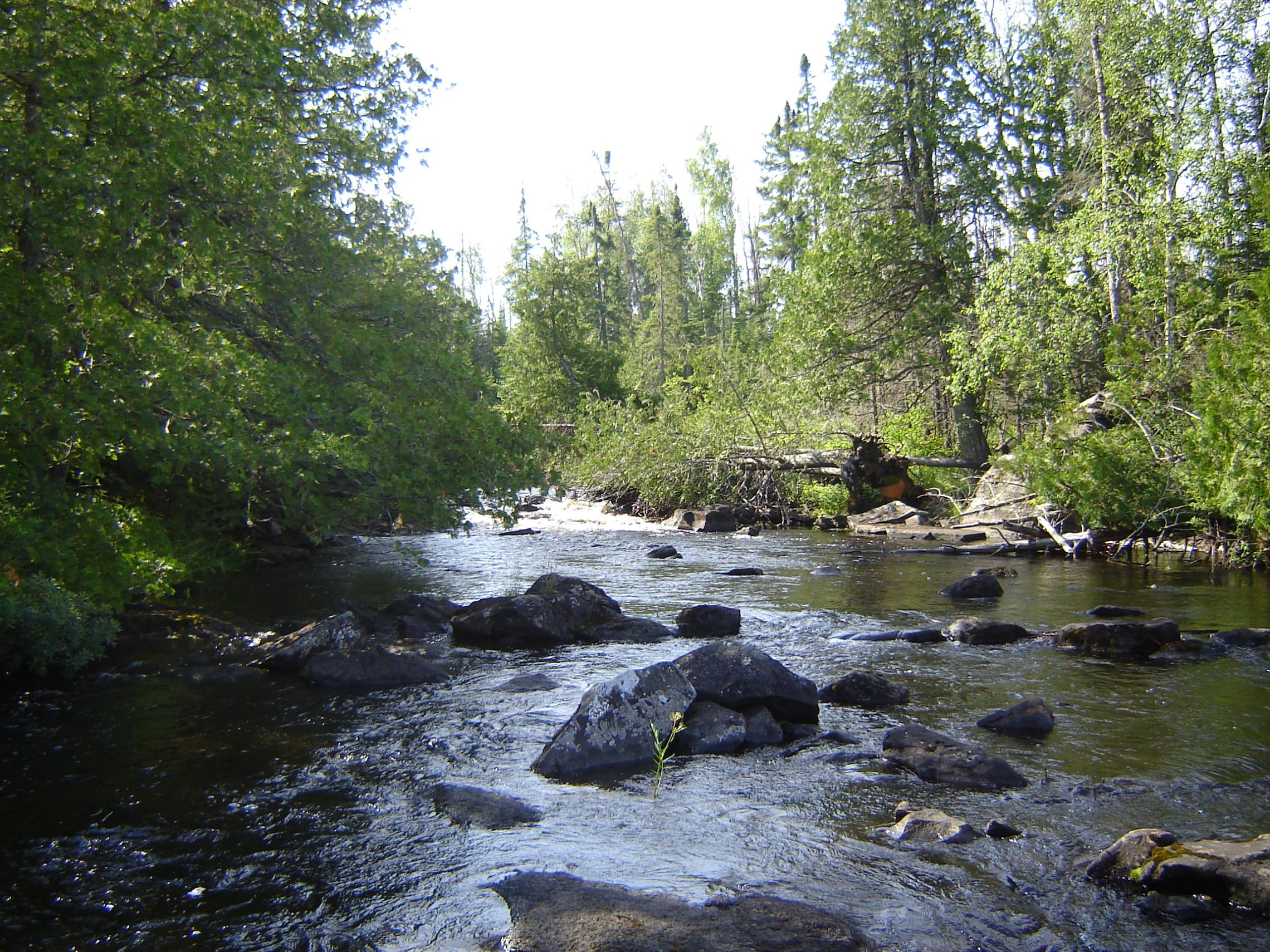 We hoped to see moose at Cross Bay Lake but no luck. There were reports of a moose and calf there earlier in the week. 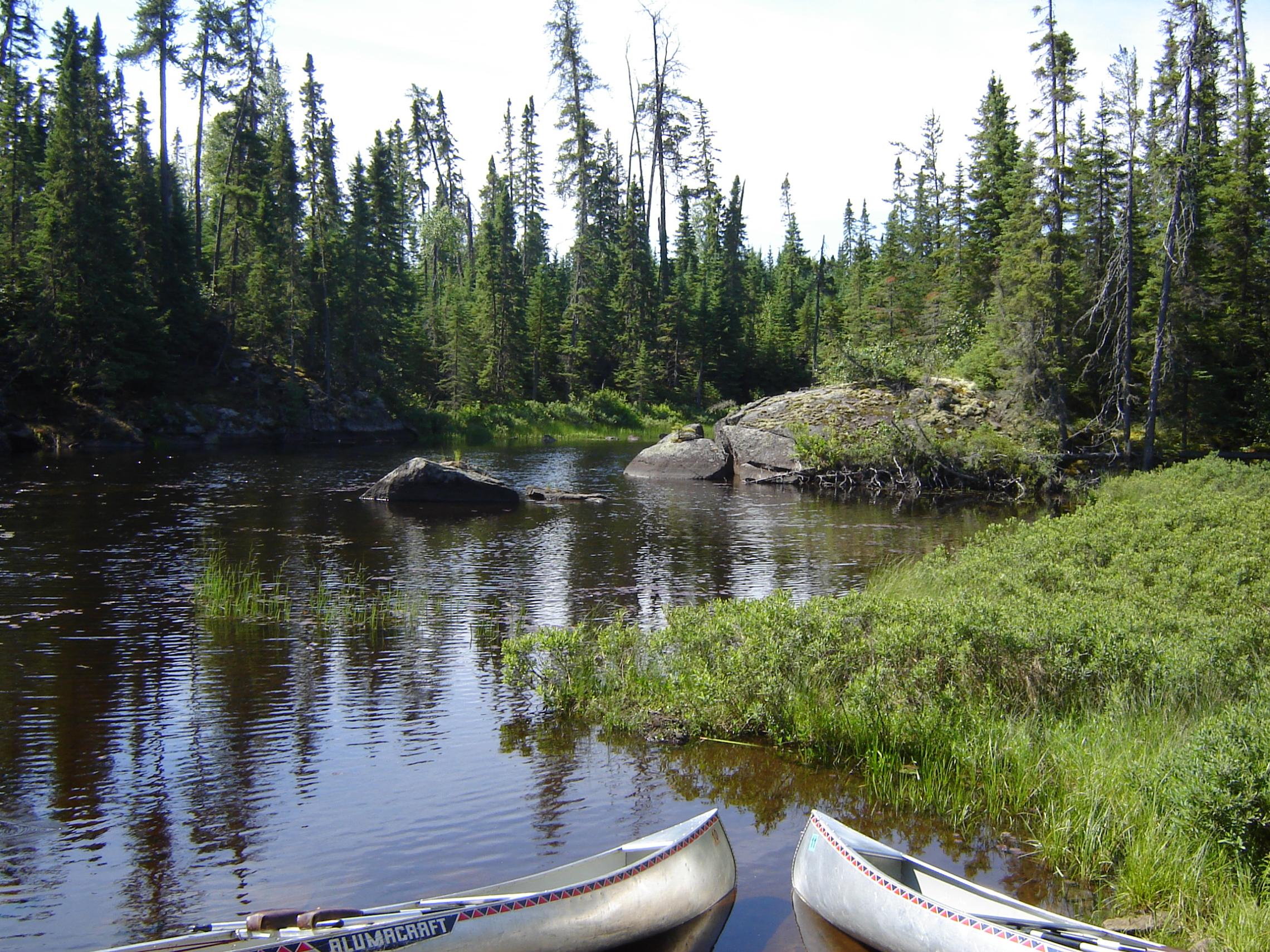 The wind picked up as we entered Rib Lake. The headwind slowed us down but helped to cool us off. 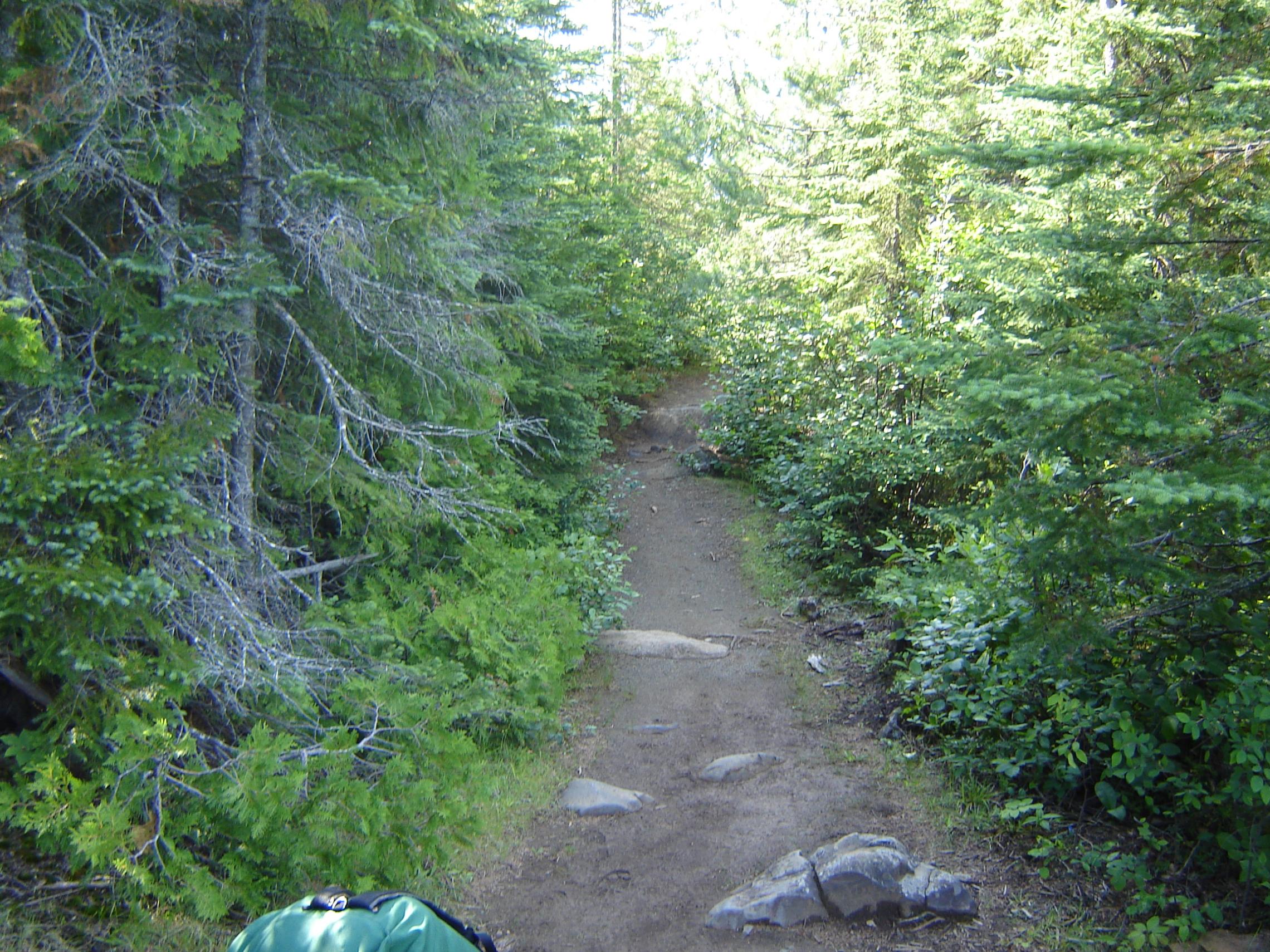 By the time we got to Karl Lake it was early afternoon and we were tired and hot. We needed to decide if we wanted to go on to Frost Lake or pick a site on Long Island. I had stayed on Long Island twice before, once on the far northwest sand beach campsite and once on the island on the far southeast side. One of the groups at a portage who was heading back to Cross Bay said that they stayed at a nice campsite on a island just as you enter from Karl Lake through the narrows. We decided to check it out.

We liked the campsite. There is a nice sitting spot on rock near the landing and the campsite was protected from the wind. There was some wood nearby for the fire (with a little cutting required) and the fire grate area was comfortable. The trees were a little tricky to get ropes strung for the food pack and tarps but we managed.

After a nice lunch and nap, we went fishing in Karl Lake. No luck.


The evening was a little breezy and warm, but no bugs bothered us. We had a few packets of Beef Stew mix and hit the tents early.