This was a last second trip due to mom and daughter traveling to Colorado for nephew's birth. Did not want to go to Ensign initially, as I've been there and wanted to see something new, but no permits were available in other easy areas suggested by bwca.com members. Arrived at CBO Tuesday evening(12:00 am)and slept in jeep till morning. Ate a quick breakfast and jumped in tow boat as nasty storms were coming. Passed a couple of possible sites on way in and settled on one up high w/ no trees and protection from lightning. After setting up tent quickly, storm hit. We watched for a bit and then fell asleep and took a nap. After storm passed we cooked up some lunch and went fishing.(Always main purpose as we're fisherman) Found some fallen trees and lodged in them and started jigging. Fishing was awesome. In 2 hours I caught a large mouth, 4 walleyes, and 3 big smallies.(1-18, 1-17, and 1 20 and a half inches) Son was having fun watching but not catching any so I handed him my pole in hot spot and he had on two huge ones. One was in the 20 inch range and jumped out of the water on him, and the next one just ran on him and snapped him off. He threw me my pole after that one and said, "Dad, I don't want to catch any big fish" Watching him fight those two and 1 the next day was highlight of my trip. Went back to camp for pictures and then cleaned the walleyes for supper. Slept awesome and had a great first day. For the first time in the bw, I was pumped we decided to take the trip.(Had some doubts after bear reports and storm news) 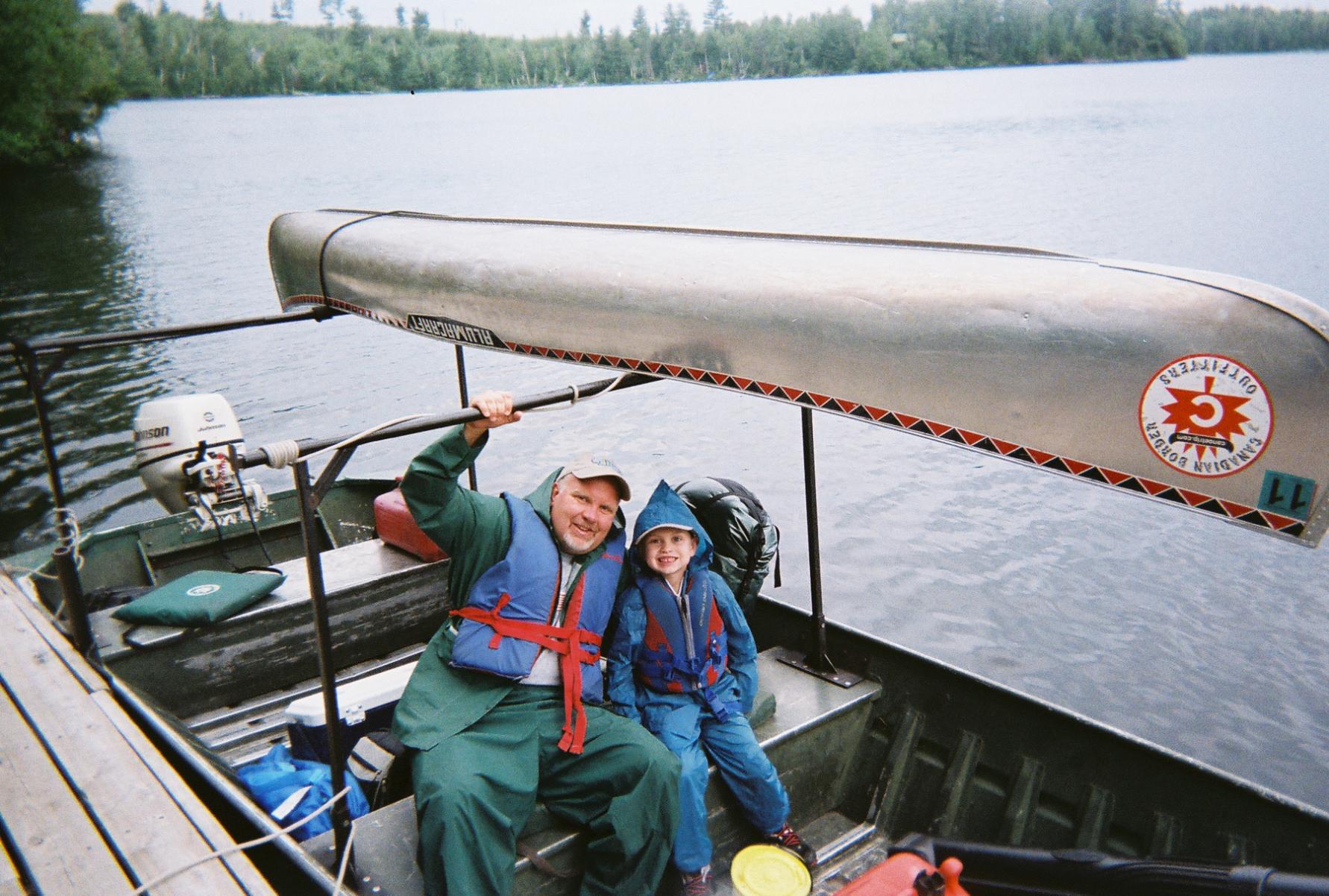 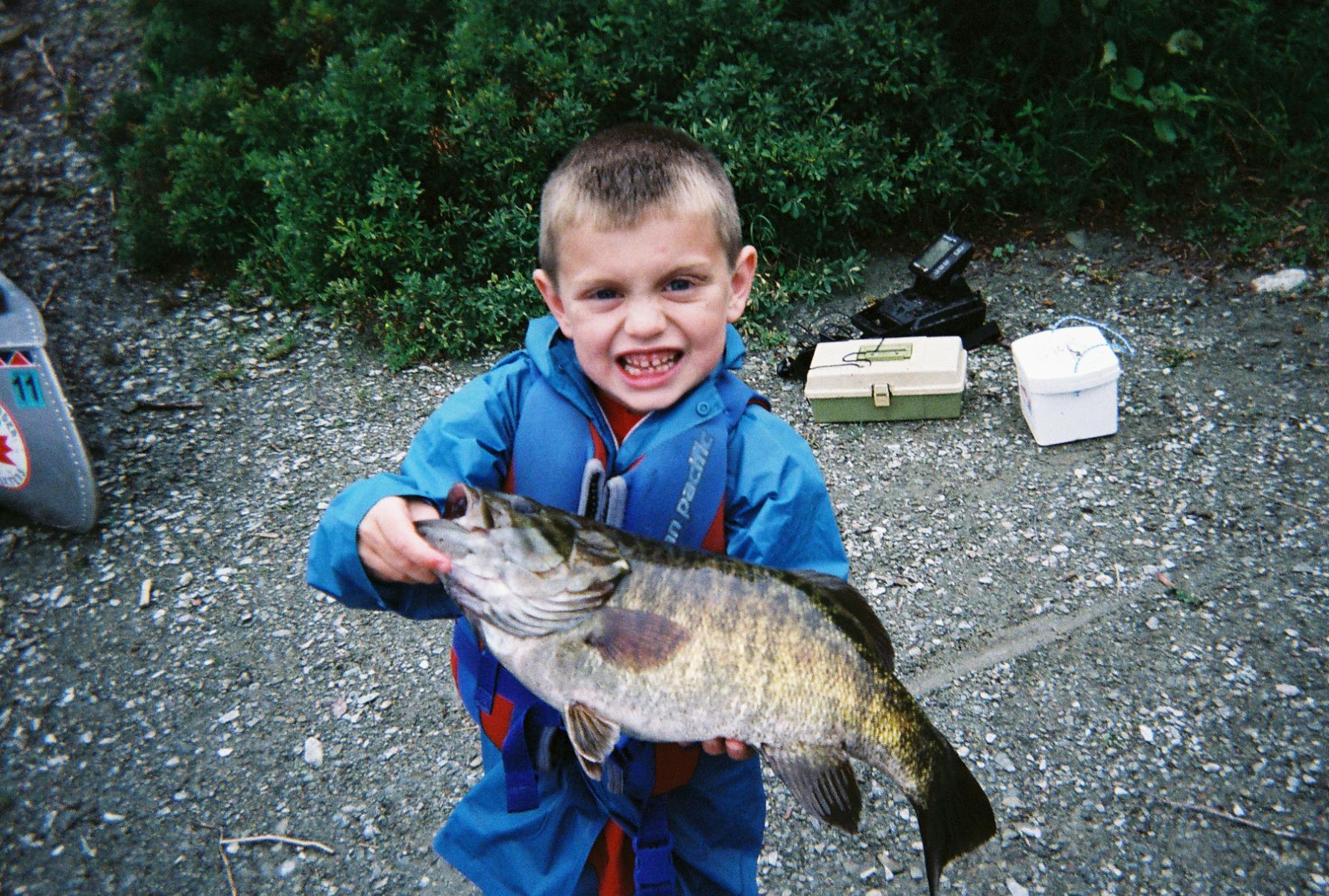 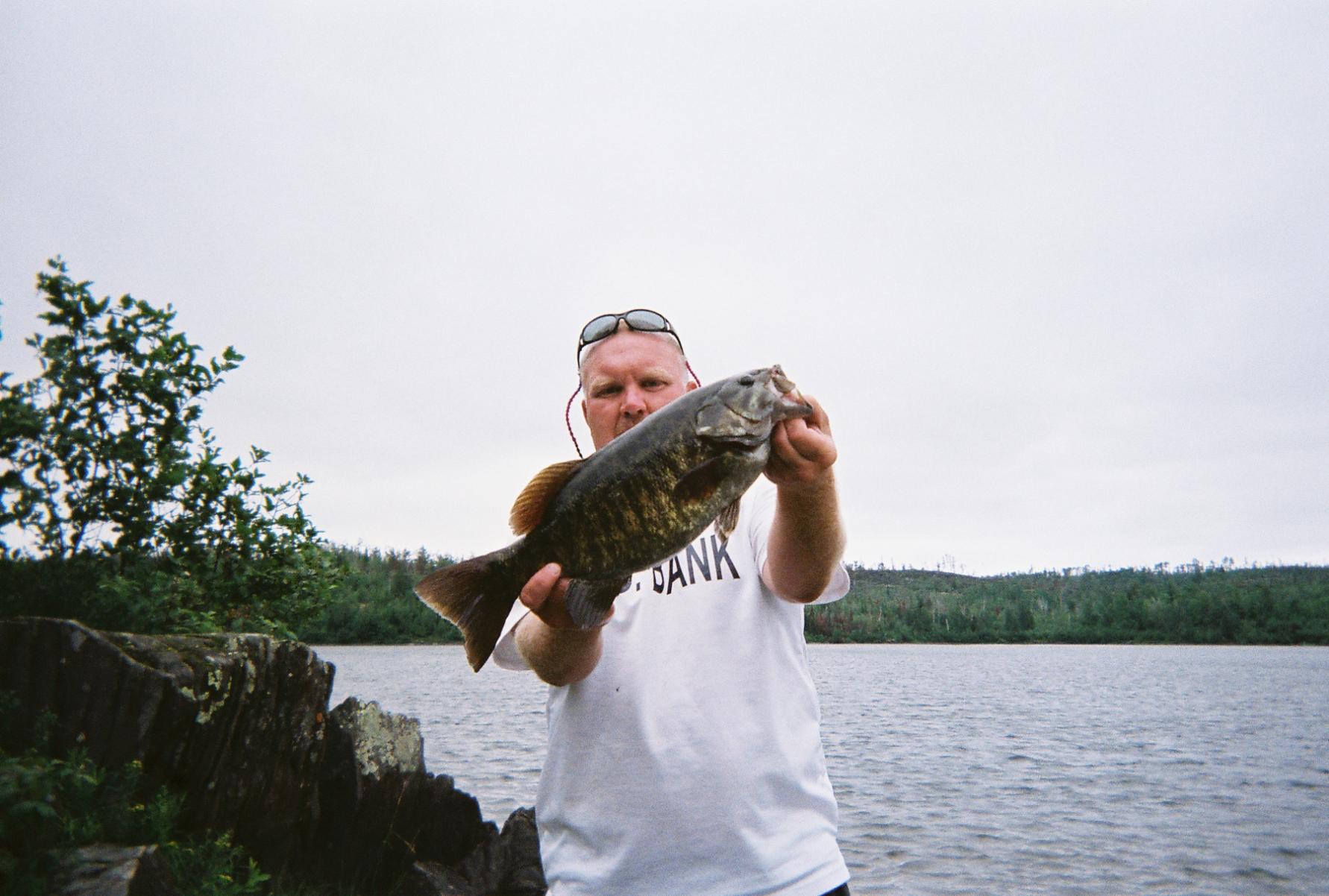