Trip Type: Paddling Canoe
Entry Date: 08/09/2010
Entry & Exit Point: Mudro Lake (EP 23)
Number of Days: 5
Group Size: 6
Discuss Trip: View Discussion Thread (4 messages)
Day 2 of 5
Tuesday, August 10, 2010 It was a great morning,sunny and 79 degrees. We had blue berry pancakes for breakfast, then went out on the water to fish on this large boulder near the camp site that barely breaks out of the water and has a very steep drop off - from zero to 20 feet in only about 30 yards distance. Well as you could imagine, during the day with the sun out, there were no walleyes present. One member from our party (Jimmy) had gone over to Horse Lake to fish but came back with no keepers. Tuesday as the sun started to set, thas when the fish started to bite - along with the mosquitoes. A tradition with my group at the BWCA - we have a big fish award necklace that is given out after the first day of fishing. Then it is passed on to the next person who catches the biggest fish. There are two fish award catagories - biggest Walleye/Bass and biggest North Pike. I will talk about the winners on the last date entry, so not to bore the readers. During the early night, the sky was not clear enough to see satelights and shooting stars. By the way in addition to the Fish Awards I had others prepared to give out as the events took place. The group being not aware of these awards made it more fun - as an event occured I passed out the awards. So far on the second night, I gave awards to all group members for just making the trip out to the camp site (in the form of a necklace with beads. There were a special bead for each year they came to the BWCA as well as a fish if a fish award was won in past trips or if not, ust a pewter feather. Other than the big fish awards: Derrick won the Eagle award for seeing the first Bald Eagle, the Satelight award and the shooting star award that he saw on the very first night (Monday). Too bad all the others were in their tents asleep - being worn out from the paddle in. Jared won the card award for winning the first game of 5 point Pitch. 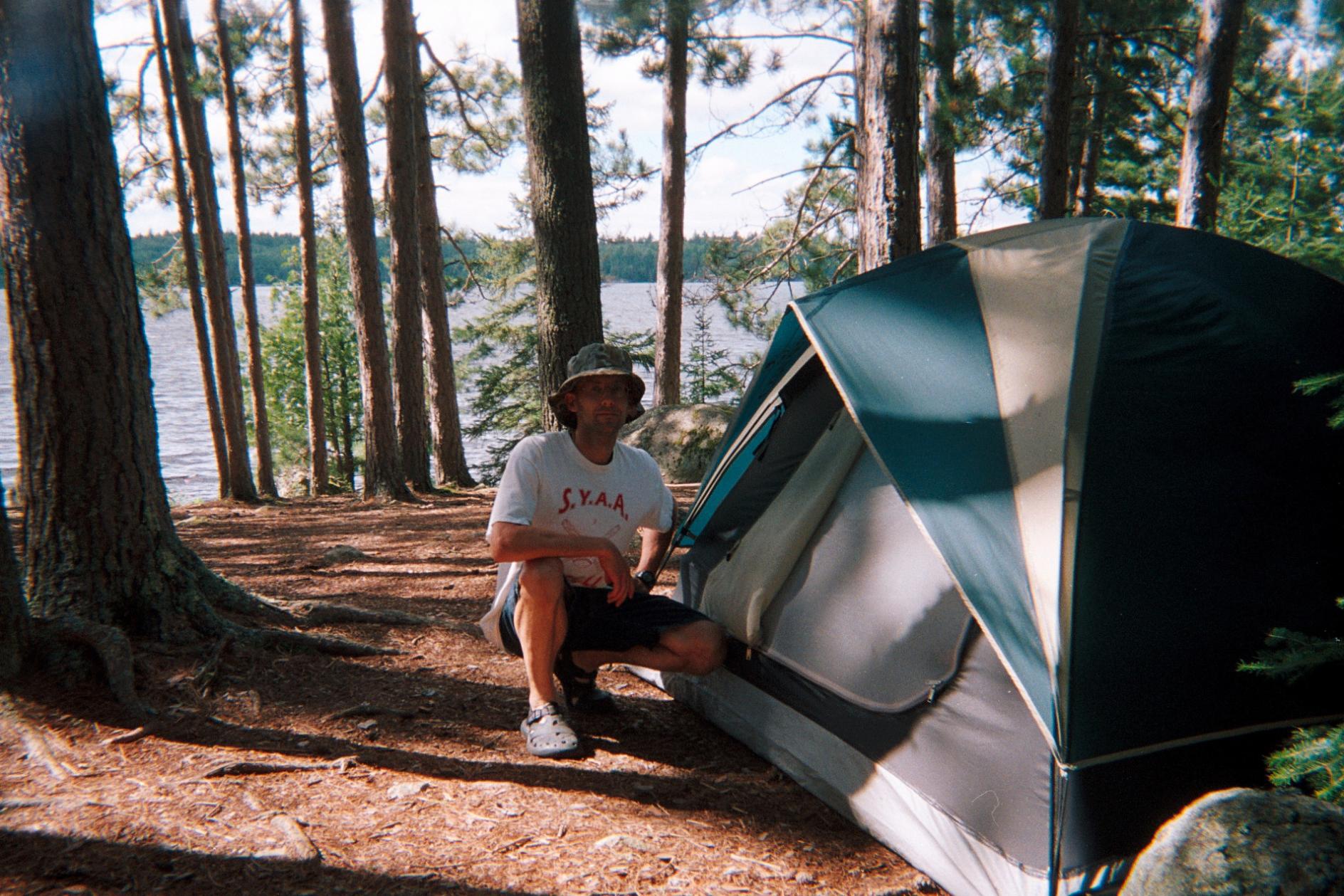 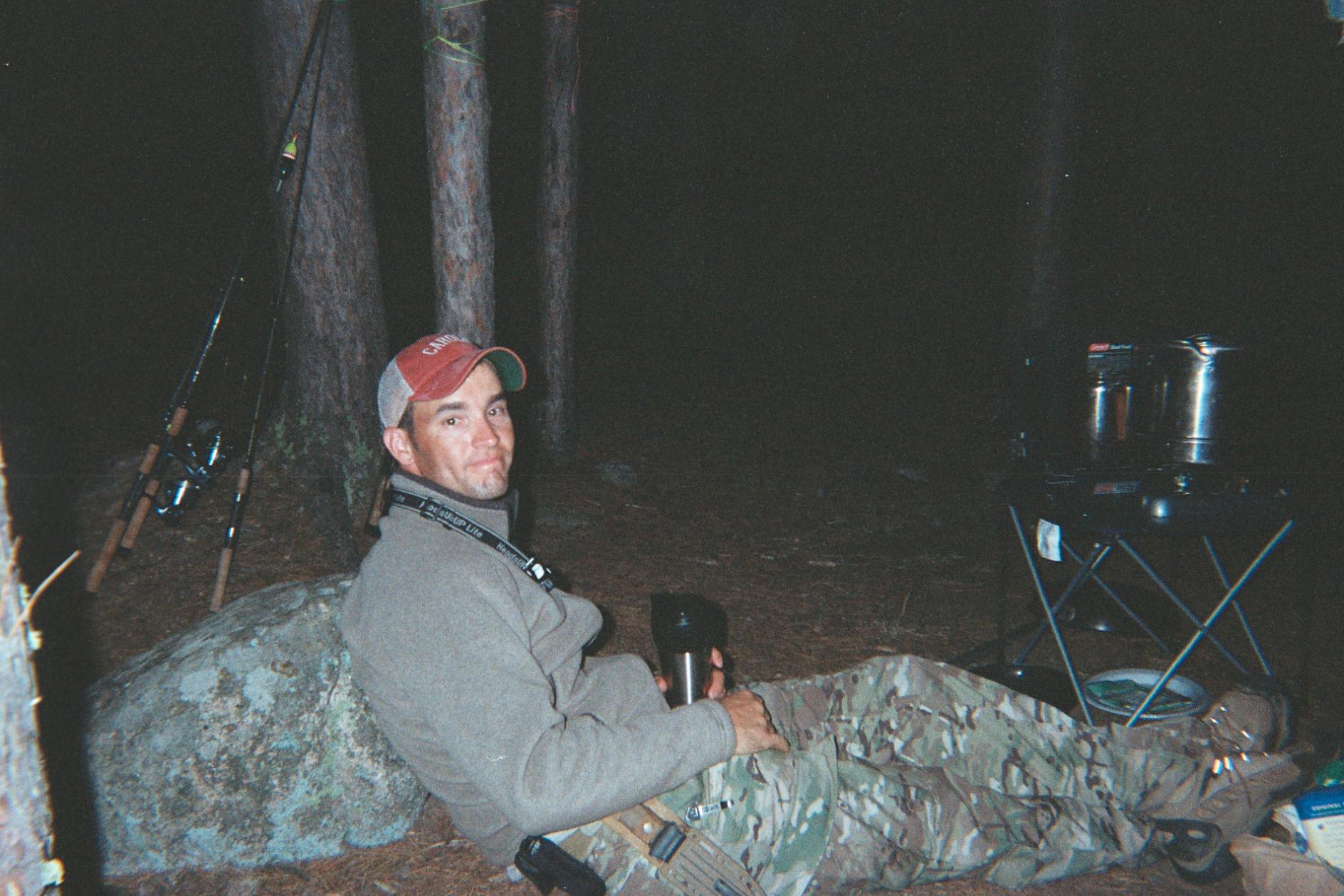