After last minute packing on Monday night, went to sleep exhausted and excited for the upcoming trip. This was my 6 year old son's first trip to the BWCA. My 2nd trip. It took a little to convince my wife to let him come along after one of our other members backed out at the last minute. I needed a little help from all of you at BWCA.com. In the end, she was either totally comfortable with my son going or she did a great job of hiding her anxiety!

We woke up around 6:30 AM to load everything into the car top carrier and the trunk. Five of us in my little Mazda Protege was pretty cramped, but not for me! I was the driver for the whole trip.

Grandpa Fred arrived around 7 AM and I could tell he was really excited. This was his 2nd trip to the BWCA and first in many years. Probably the last time he will go to the BWCA so this was a pretty special trip for him.

We left Mankato around 7:30 on our way to Bloomington to pick up my brother-in-law Mike. Once we got him and all his gear in the car, we were on our way north.

Made a stop on the north side of the cities and a few more along the way. When you're traveling with a 6 year old and the small bladder that accompanies him, frequent stops are necessary! Besides having to stop a little more often than normal and occasionally reminding him that he couldn't talk all of the time, he did a great job on the ride up! I could tell he was really excited.

We arrived in Ely around 4. We got our gear (rented MNIII canoe and food pack) and got settled into the bunkhouse. Went to the Pizza Hut in Ely for dinner, threw the frisbee around a little, and watched the Twins for the rest of the night.

Got a little annoyed by everybody and how they wanted to do things, but I kept reminding myself that it will be a great trip no matter how we do things so I should just go with the flow. Everybody was way over packed, but we were planning on basecamping and not taking many portages so I figured it wouldn't be an issue.

Around 7:30 we decided to drive out to the EP to make sure we knew exactly how to get there in the morning, along with the fact that we were excited and also a little bored by the Twins game.

Took the blacktop road north of Ely, which eventually turned to worse blacktop, and then to to gravel. Long story short, it took a lot longer to get to the EP than we thought it would. We kept thinking that we were way past the turnoff, but eventually we found the road that led to the Mudro entry. Then made the drive back. Got back to the bunkhouse around 9:30 and then the rest of our party arrived. Talked to them for a few minutes and then went to bed. I thought I would end up lying in bed wide awake, but thankfully I fell right to sleep and next thing I knew it was morning.

We awoke around 5:30 and got everything settled into the car. Made a stop at the gas station next to VNO for breakfast and made our way out to the entry point. Everything went at a slower pace than my last trip since we had nine people which included a 6 year old and a 70 year old along this year. That was fine with me because the trip doesn't need to be rushed, but it did take some getting used to because I like to go, go, go.

We portaged to Mudro and got the boats in the water. It was a very calm morning, blue skies, and a very light breeze. I was excited to see the reaction of the people on the trip that had never been to the BWCA, especially Jordan's. We sat in the MNIII with my Brother-in-law Dustin up front, myself in the middle with Jordan in front of me, and Mike in the rear. It was a little crowded, but worked out alright.

The weeds were high on the little waterway that leads to Mudro, but it was a beautiful scene, especially when the view opened up to the main part of the lake. We made a navigational error and it took us a bit to find the portage. It was kind of hidden back by a beaver dam and didn't look like a portage I had seen before. I had only been to the BWCA one other time. The Mudro area is different than the Snowbank area. A lot more elevation and rockier portages.

Made the little portage, paddled about fifty yards, and then came to the long portage into Fourtown. The sun was really starting to beat down by the time we started the 3rd portage of the day. It was about 150 rods if I remember correctly, but the elevation and rocks made it a tough portage for the younger and older guys. We had to double portage, mostly because we were packed very inefficiently.

Got all the boats back into the water and realized we had one more small portage before we were in Fourtown. I don't mind portaging, but when we only get to paddle five minutes between portages it gets old pretty quickly. We got to this portage, which was only about 15 rods, but at the end, it's about an 80 degree rock slope down to the lake. The other young guys and I went to the bottom and had the others lower the canoes and gear down to us. We loaded the canoes and then everyone came down and we got into the water and were finally into Fourtown.

These portages weren't really too bad, but they were more than I had planned for. I wanted to pick an easy route considering that we had a big variety of people going with varying degrees of physical fitness. It ended up being alright, but I would definitely choose a different route if I planned a trip like this again.

We were ready to find a campsite and eat some lunch. If the site we found was a good one, we planned on making it our basecamp. We paddled straight north across Fourtown and found a site that was a little bit elevated and faced the south. If you look at the map, there are three sites fairly close to each other. We chose the middle one. It had a view of three rock islands about 100 yards from camp.

We unloaded gear, got some water, set up camp, and made lunch.

The rest of the day was spent relaxing and exploring around camp.

Jordan did great the first day. He whined a little on the portages and asked a lot of questions about when we would be at camp, but all in all, he did great! He had his cousins along to play with as well so the first day went great. 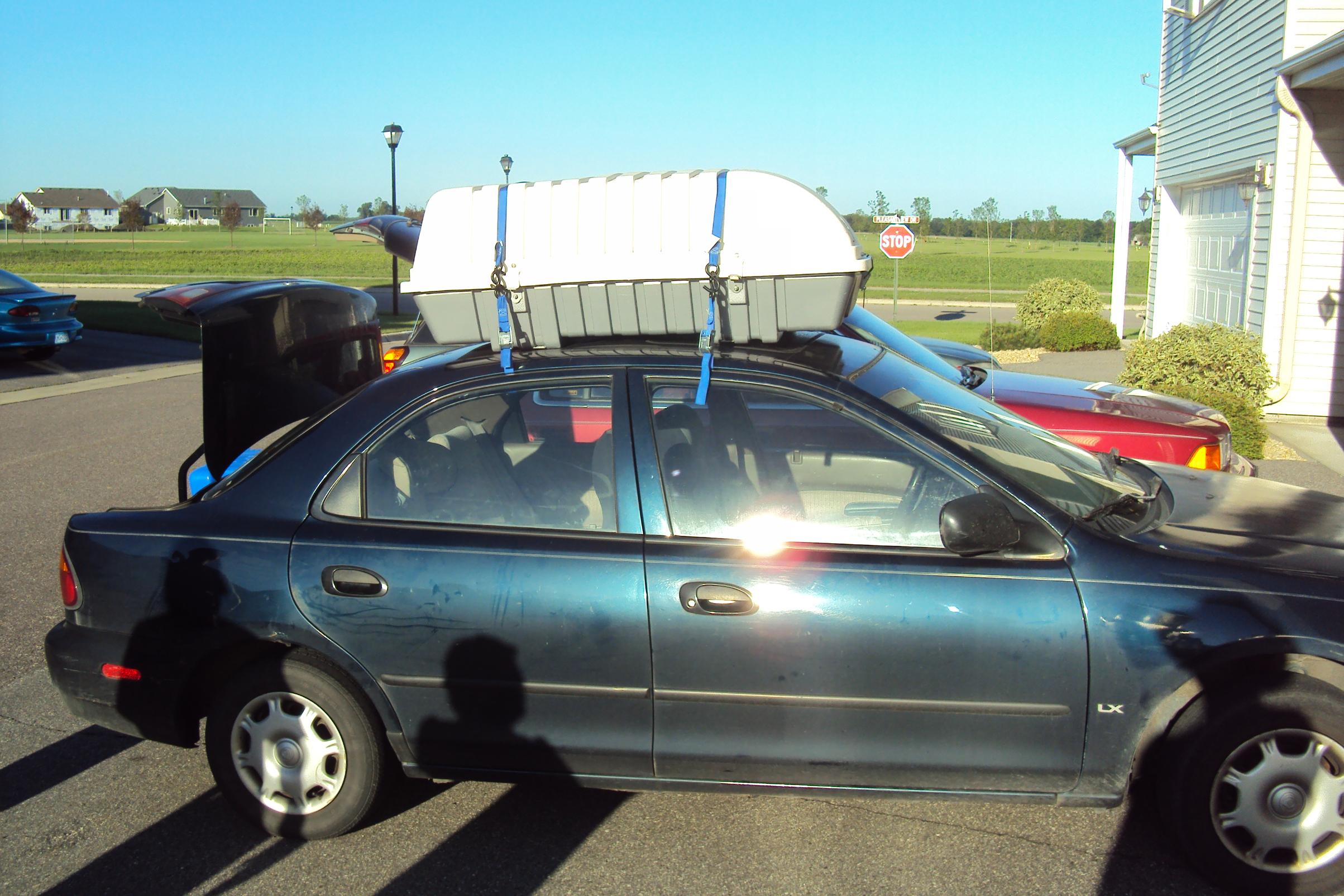 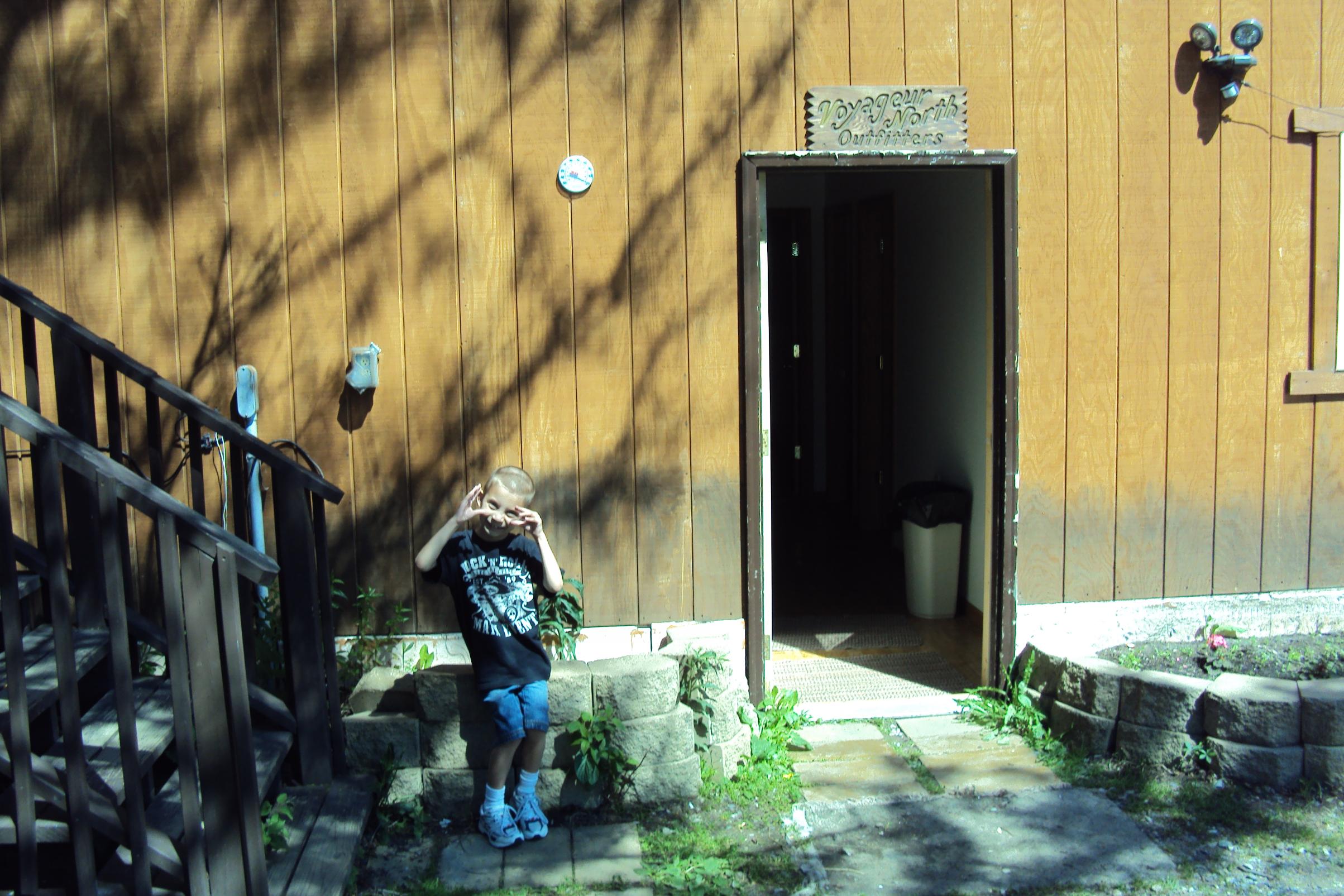 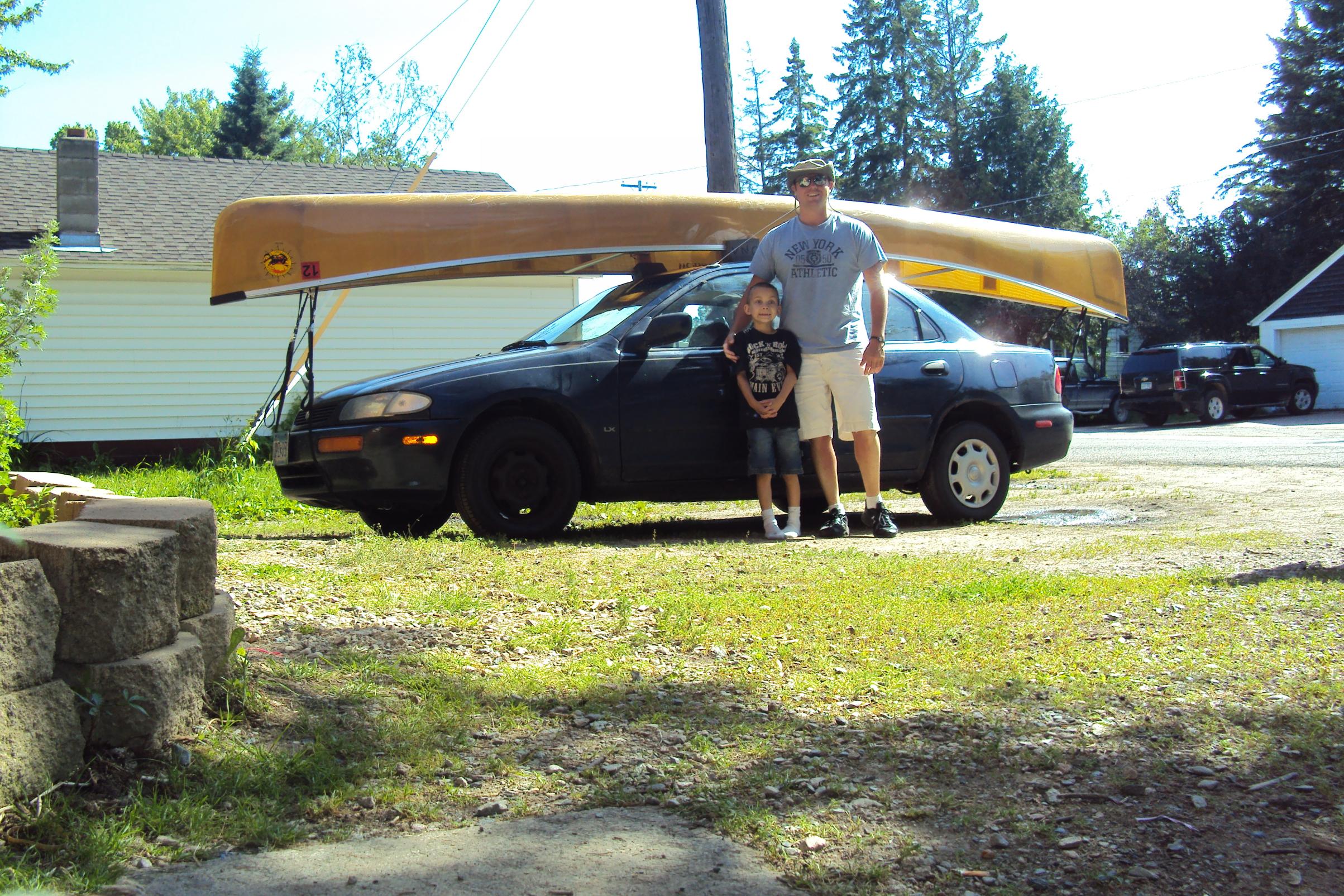 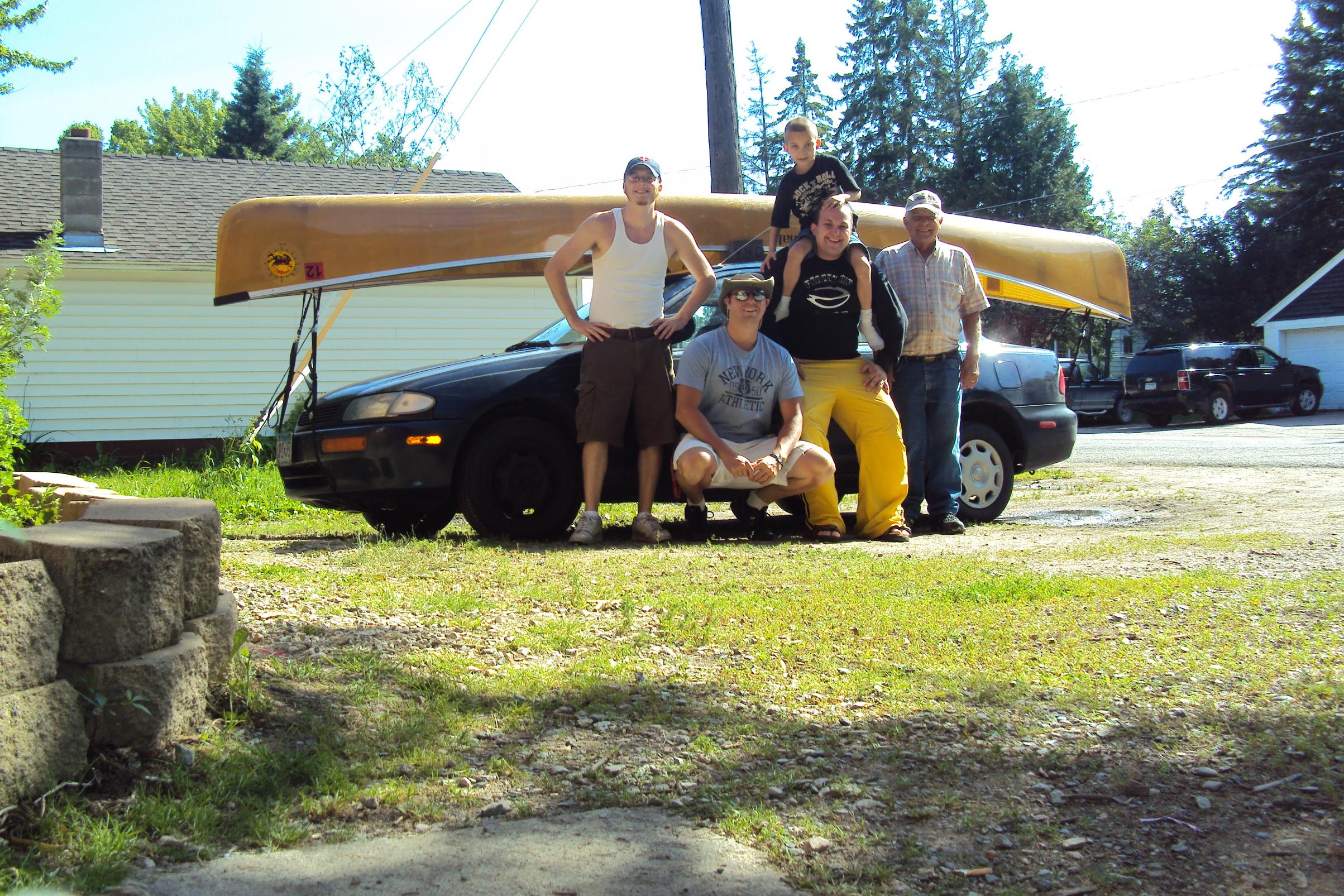 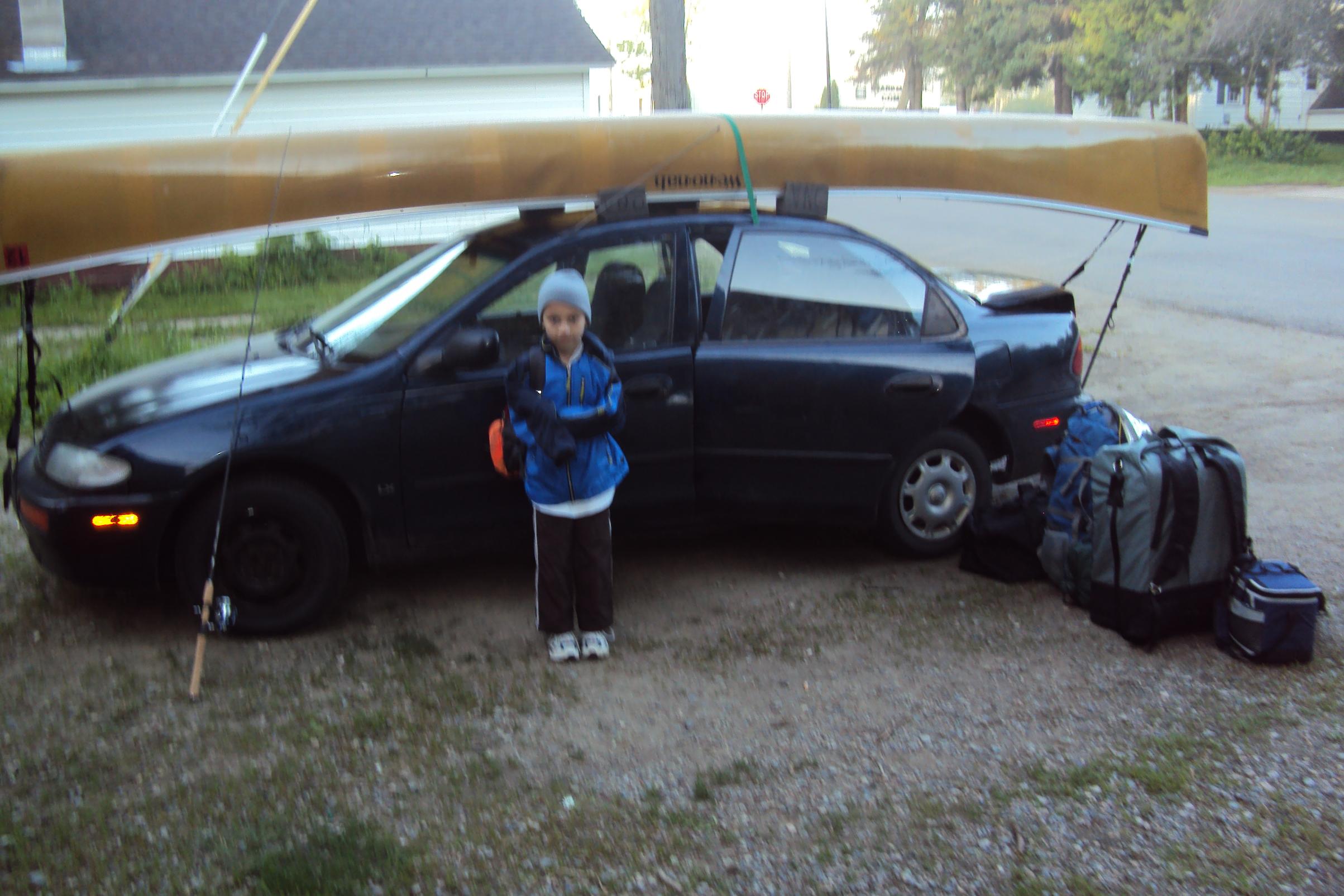 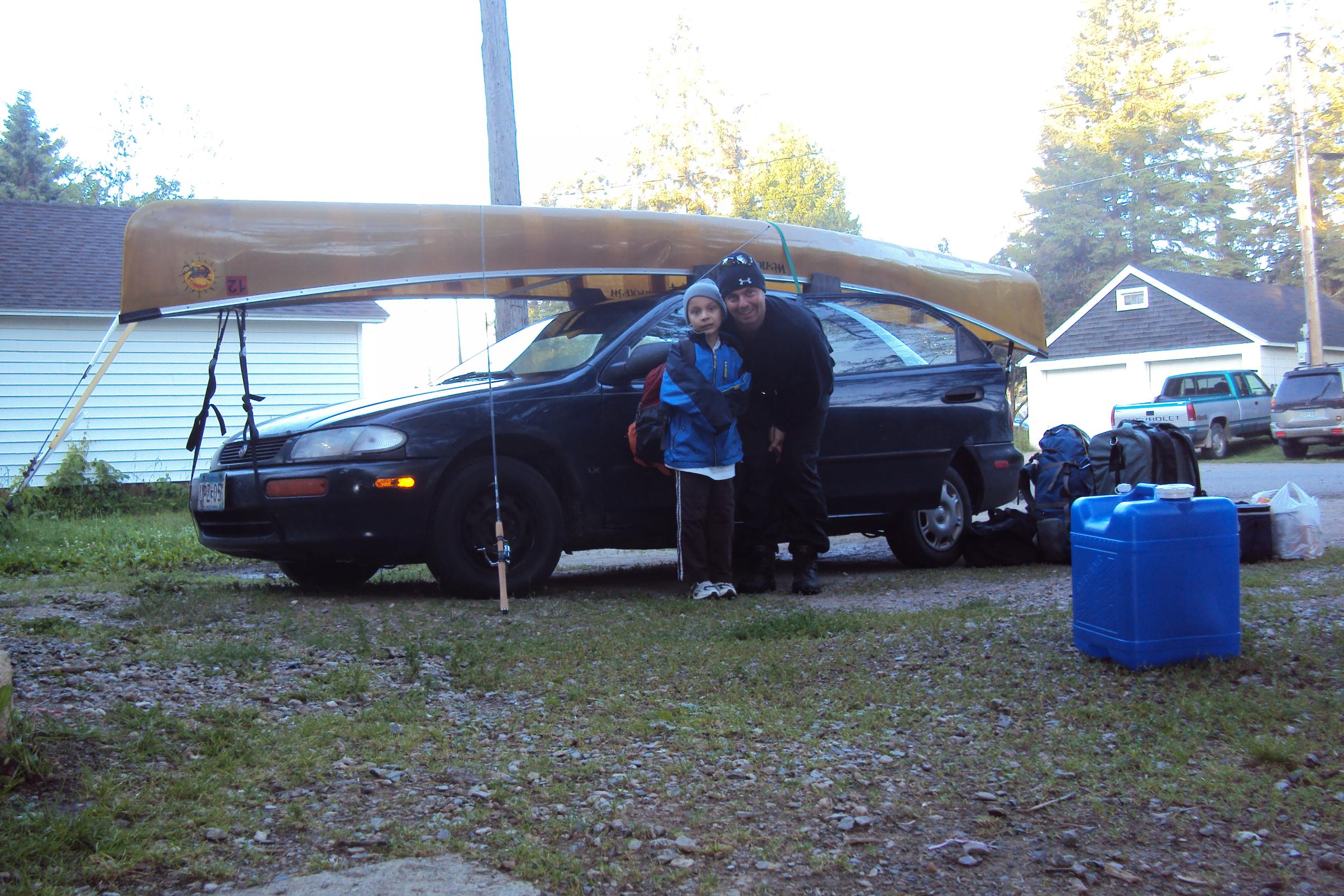 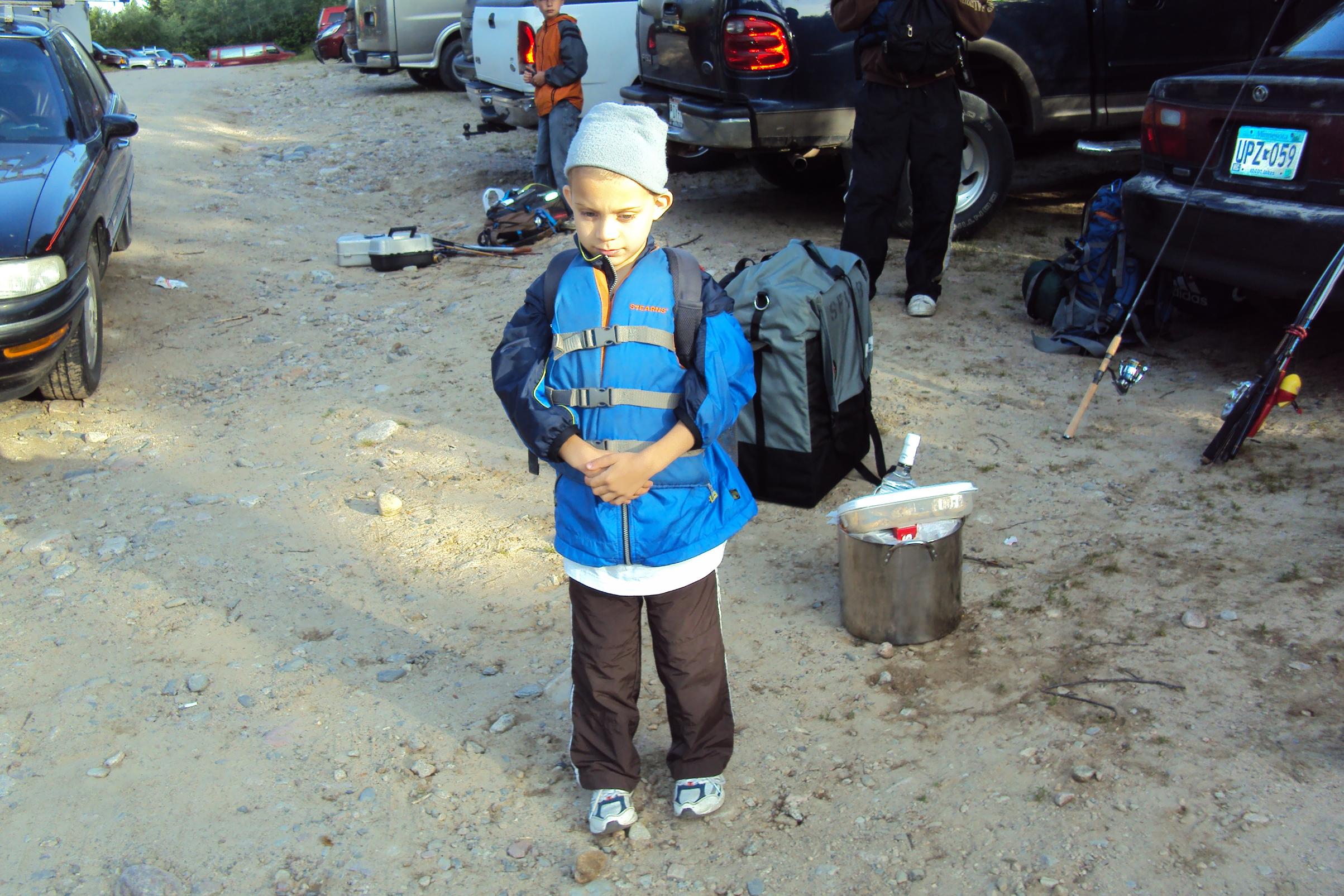 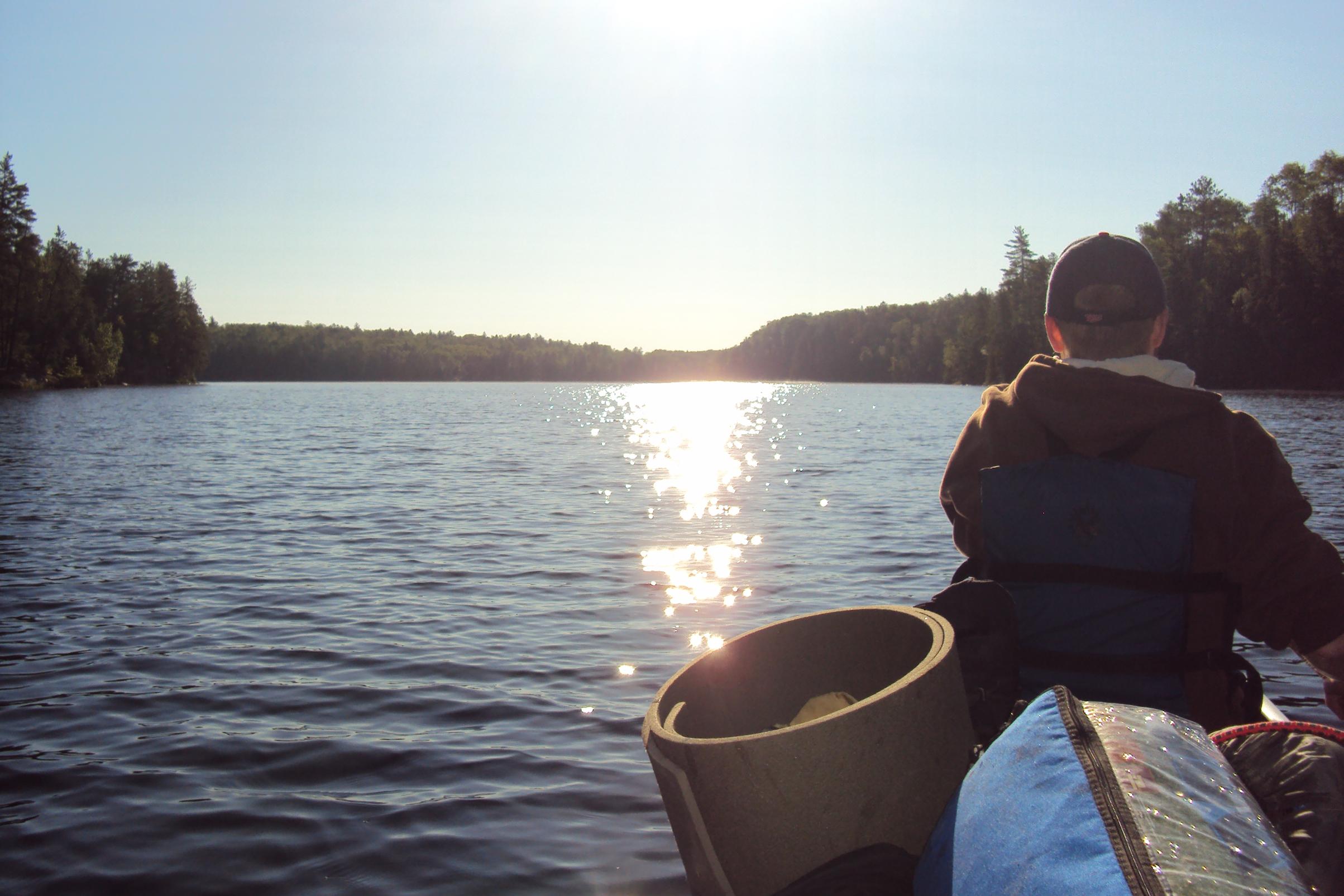