I'm not certain what time I woke this am, my cell died (I left it on to use as a watch, mine has gone AWOL since July.) I got up, filtered some water, then made coffee and breakfast (Oatmeal & some pre-made bacon). I took a few early morning pics, and tried to get a few from my firepit, facing east. 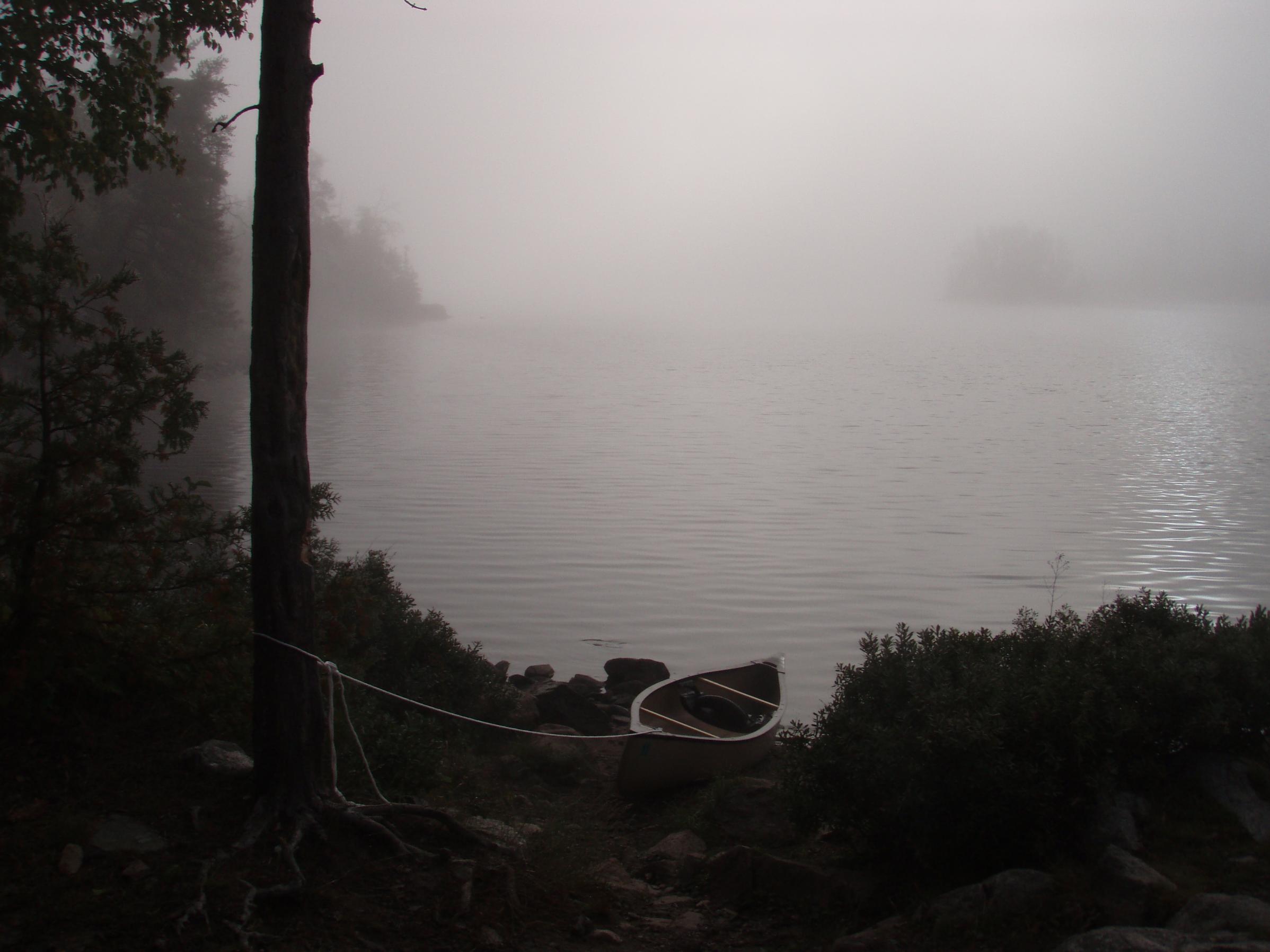 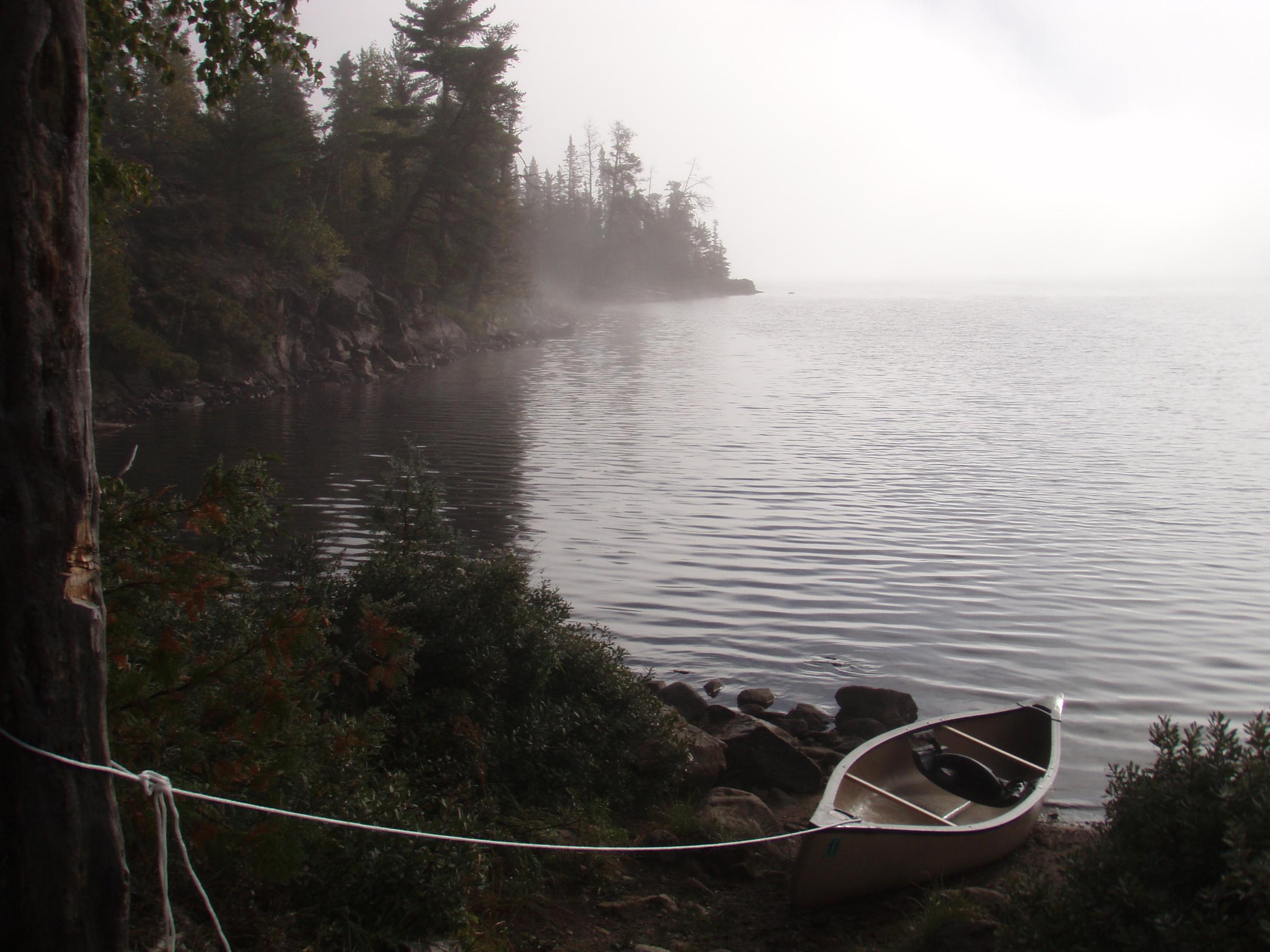 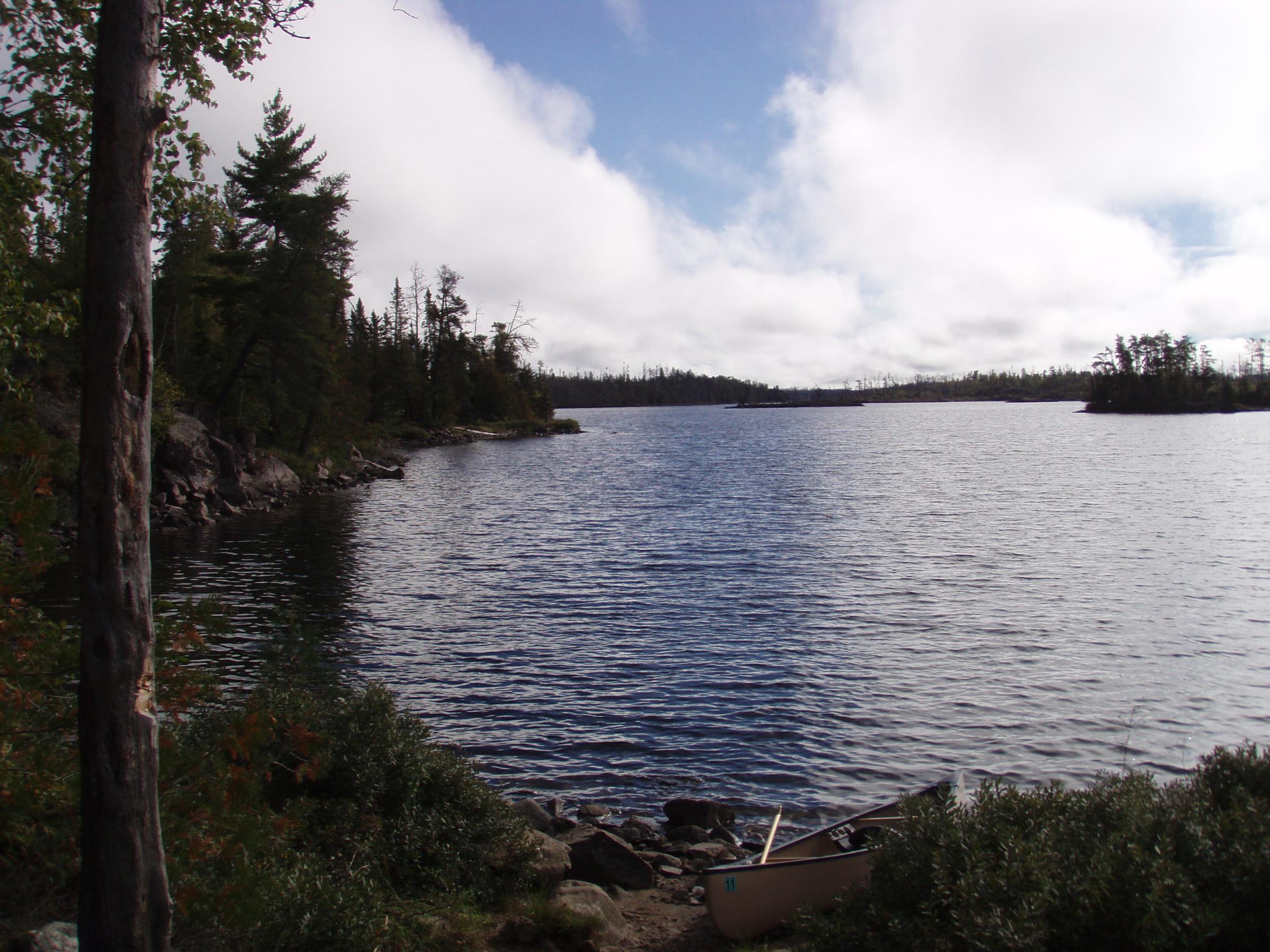 It was turning out to be a nice, sunny day.

After breakfast, I decided to explore some of the other campsites in the area. I hadn't decided if I was going to attempt a loop or just "hang out" on Seagull for a few days. But I saw 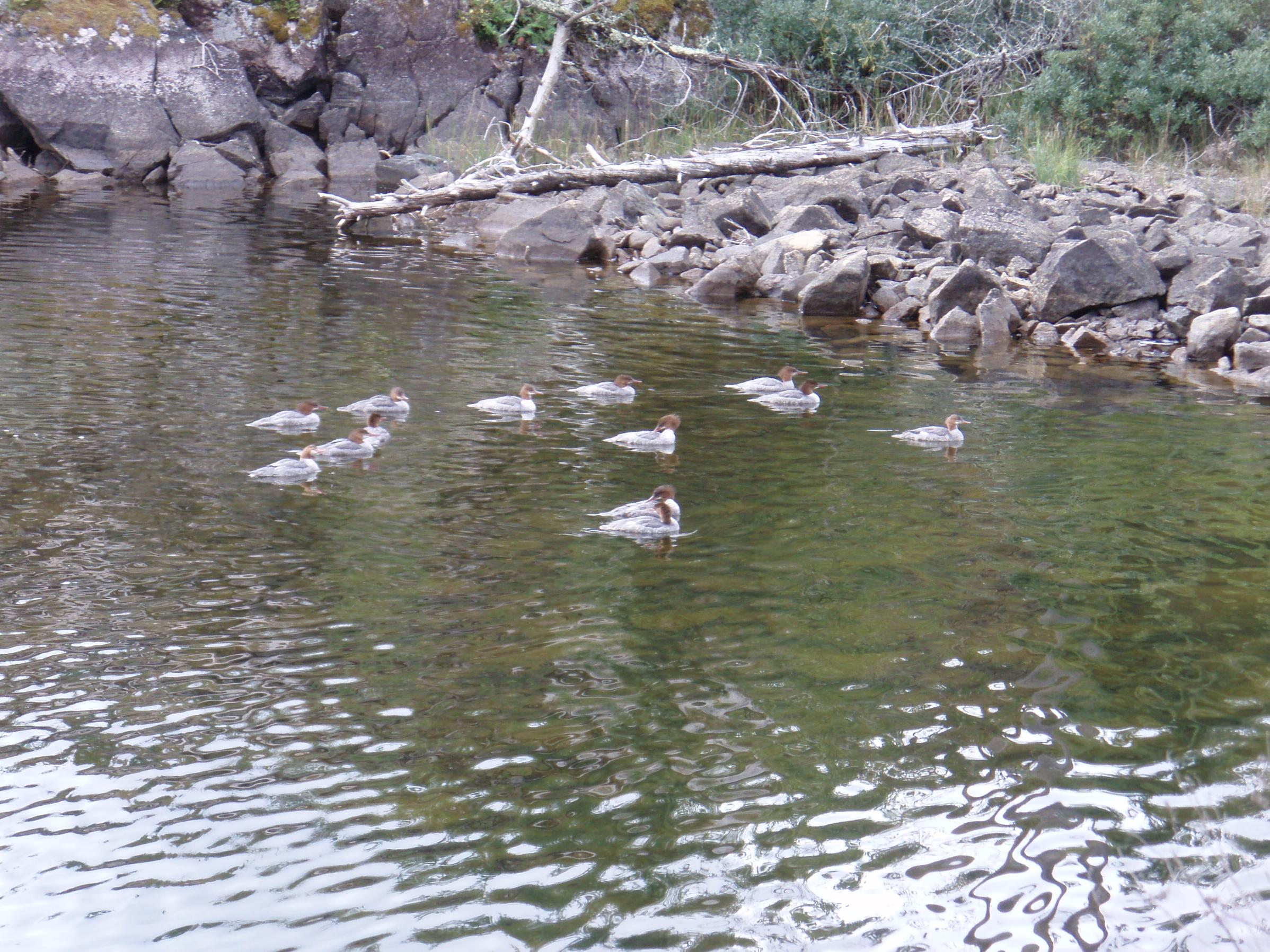 these ducks taking their morning swim before I left camp.

I checked out maybe four sites before heading back for lunch. Well, three. I never did find one of them that should have been in view from the site I was on. None were as nice as mine :) I adjusted my rating up a bit for where I was at. I initially thought it was a 2, now it's definately a 3. These were the sites west and southwest of my island.

After lunch (another Dinty Moore Compleate, but this time chicken alfredo, I think) I decided to check out some of the other campsites in the area and also the portage to Grandpa lake. I also decided to troll while I was paddling around. No bites while trolling. Once I found the portage, I decided to walk it to see what I may be getting myself into. Now, realize, I have only been on one other canoe trip. The longest portage I had ever taken was from one of the Paunesses to Shell. So I was trying to rate this portage against the few I had already traversed. At least a half an hour and 1,840 steps later, I was finally looking at Gpa lake! It was beautiful. But I could see someone else camped at the eastern/southern site, so I went back to my canoe and trolled home. I figure it was somewhere between 205-240 rods. So I had walked at least what, a mile? This portage was far more challenging than the Shell portage had been, and about the same length! I am giving this one an 8. Lots of ups and downs mixed in with low boggy patches. I could see why there were boards stacked at the beginning of this portage. It looked like they were going to 'redo' some of the low spots with planks. And I was getting hungry. While on my way back, I picked up a few pieces of dry beaver wood and driftwood from the shoreline (I know, I know, but I left more than I took!) and I had 2 hits. One was maybe a perch (it threw itself off my lure, believe it or not) and the other was a smaller largemouth. He wasn't large enough for supper so I resigned myself to the fact that I would be having Dinty Moore again tonight. 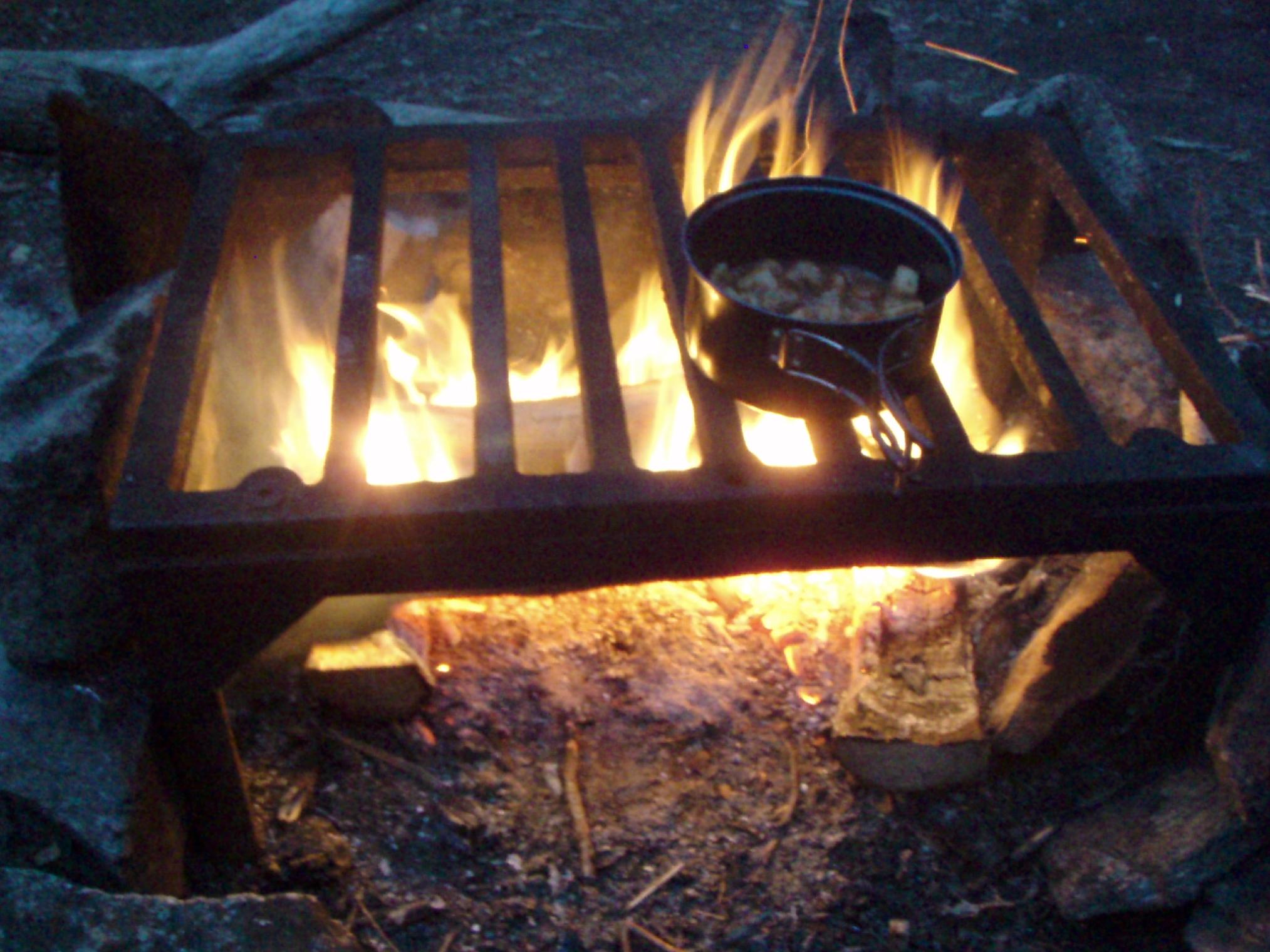 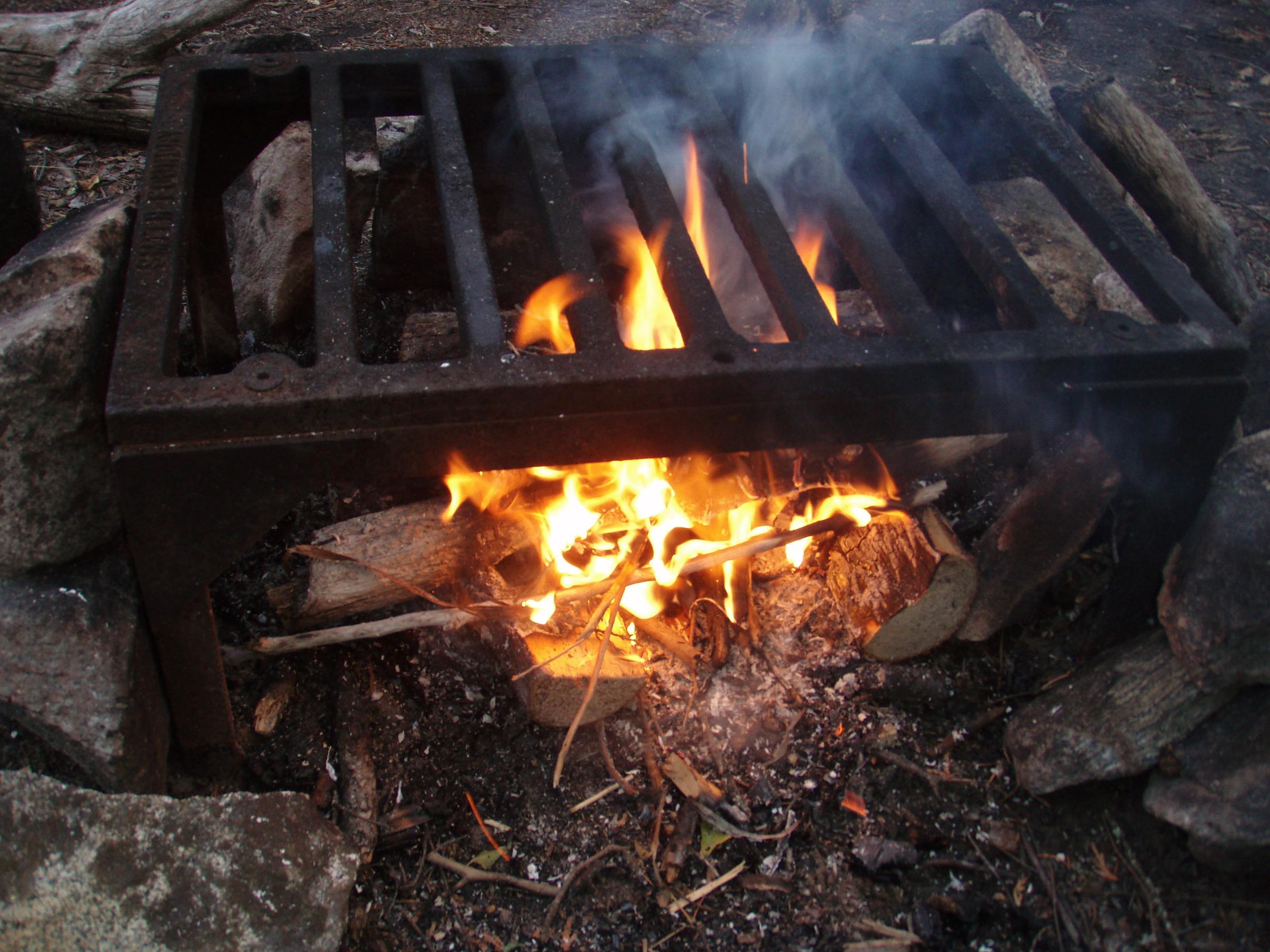 After supper I had another nice fire. All in all, it was a satisfying day. I could feel the worry flowing out of me. I can do this. I'll just take it easy this trip and plan something different next time.

I have seen and/or heard at least 3 motorboats today. And three groups paddling around.

I'm not sure when I went to bed tonight, the stars were beautiful. I woke up 3x (again), once due to 'nature' calling.