Trip Type: Paddling Canoe
Entry Date: 09/21/2010
Entry & Exit Point: Morgan Lake (EP 45)
Number of Days: 9
Group Size: 2
Trip Introduction:
In pre-planning we'd set course for Vista, then hit the high seas for Winchell. Then sail north towards Pillsbury & onto Horseshoe before exiting from whence we came. Good news bad news. Our planned trip got cut short a bit when (obviously prior to the trip) Vickie found out she got a new job and would have to be back for orientation on September 30th. None the less we still had over a week to explore & enjoy the "bounty" of this area. AARRRRRRRRRRGH! Matey!
Discuss Trip: View Discussion Thread (26 messages)
Day 1 of 9
Tuesday, September 21, 2010

Wanting to make it up to Grand Portage National Monument and still get to our Tuscarora outfitters bunkhouse before dark, we set off fairly early this morn'.

Making it to Grand Marais by lunch time. Fueled up the van, then stopped off at My Sisters' Place to eat. This venue is merely an in-town extension of Trail Center as they have the same decor & menu. Also, like Trail Center, the food was excellent.

It had been some years since I'd ventured north past Grand Marais on hwy 61 & was the first time for Vickie. It was a gorgeous day & the kaleidoscope of autumns' hues were beginning to reveal their splendor. So we took our time languidly driving along enraptured by the juxtaposition of leaves, rocks, & water.

As we sauntered up to the visitor center there was a robust "Voyaguer" just leading a group of folks out on a guided tour. We readily joined in. I had some knowledge of the voyaguers colorful past, but was really enlightened as this tour was incredibly informative and even entertaining. How they planted their gardens, how they built birch bark tepees & canoes, what they used for paddles, what they ate, what it was like in the BWCAW & Quetico in those days, & obviously a tour through the fort. There were many interesting artifacts & interpretive stations in the Visitors center as well. Did I mention free admission, though donations are welcome. We talked afterwards about possibly coming back next year during Rendezvous days. I strongly urge anyone who has an interest in the early history of BWCAW & canoeing to stop in. You won't be disappointed. 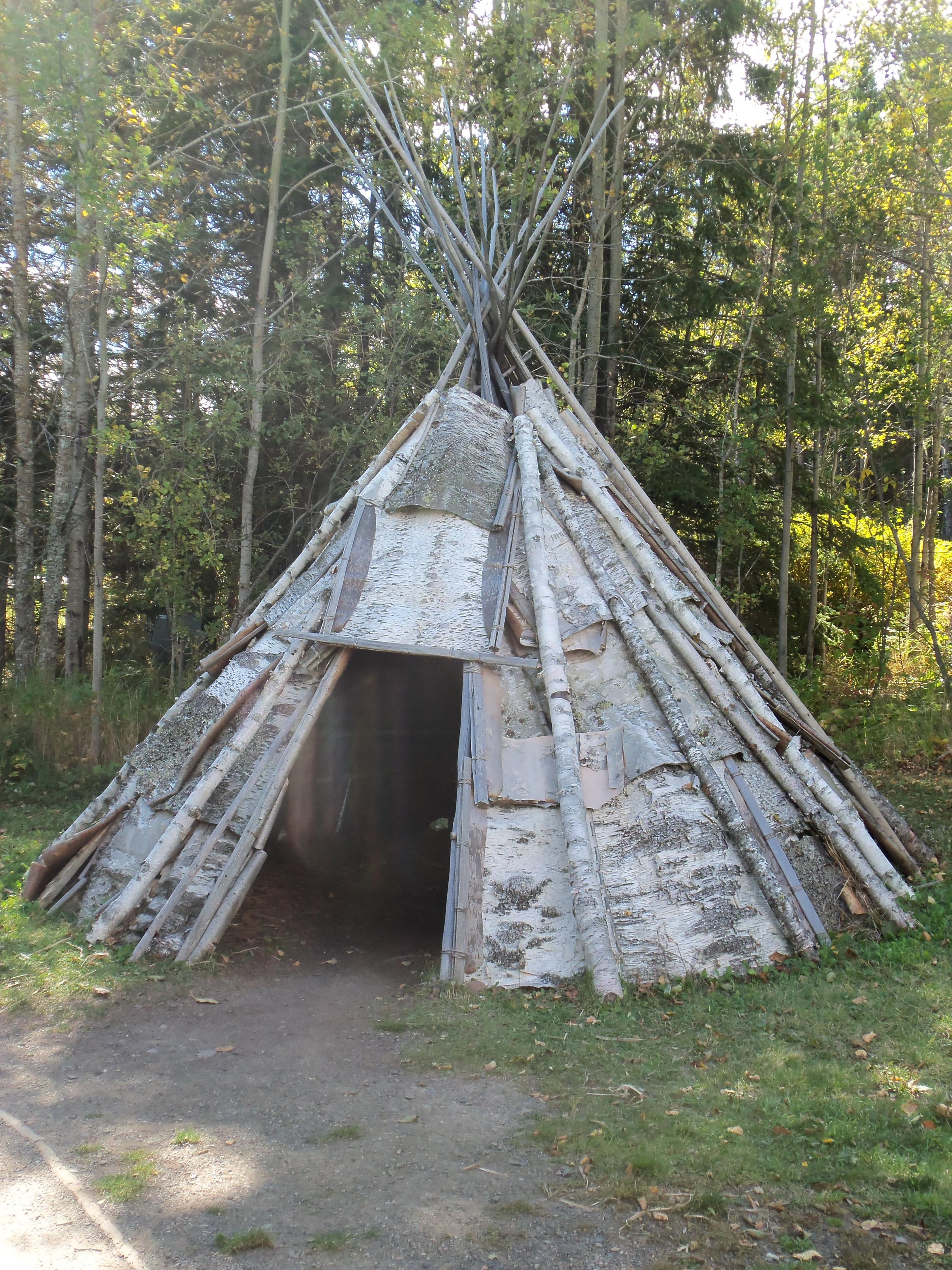 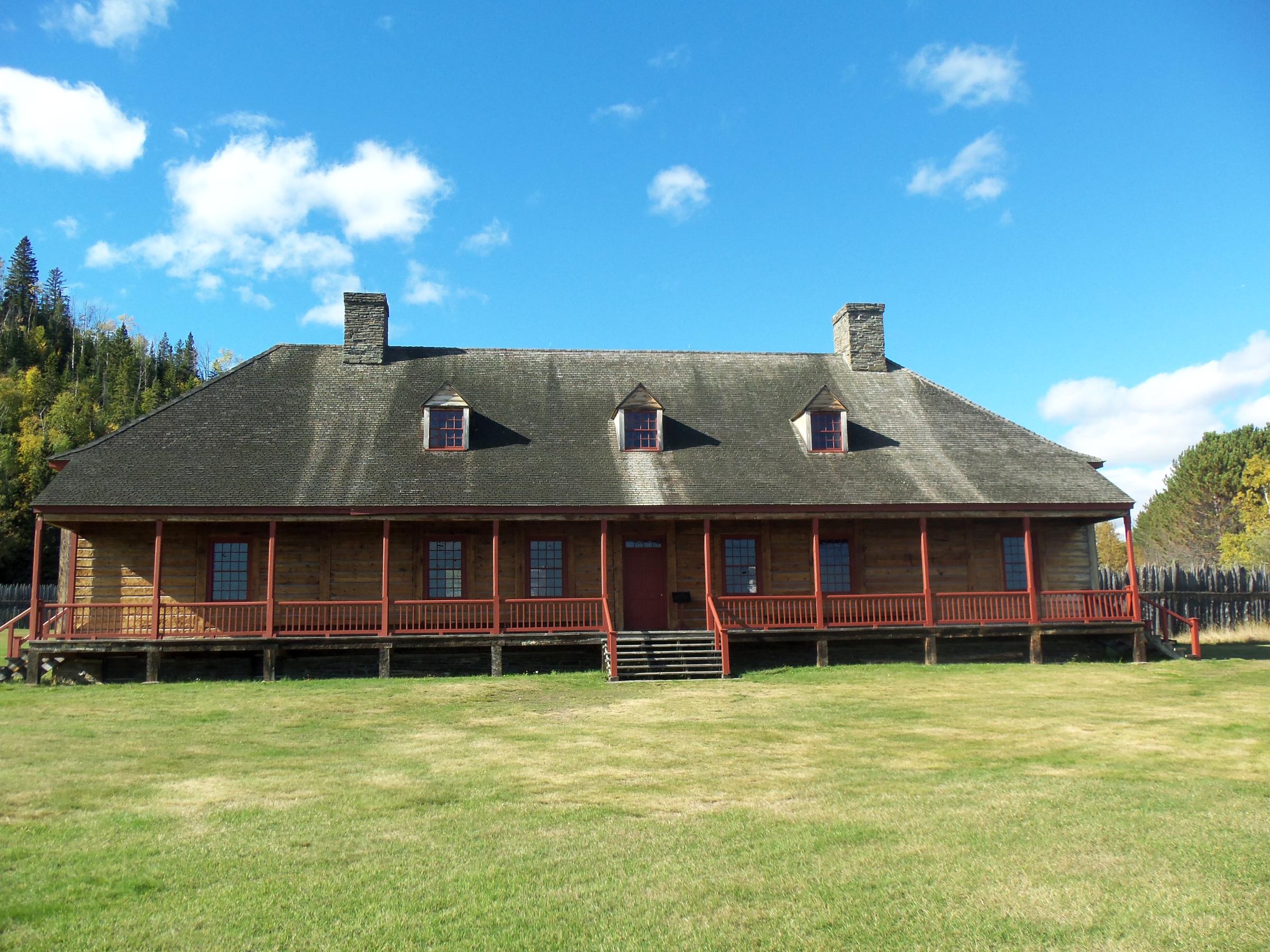 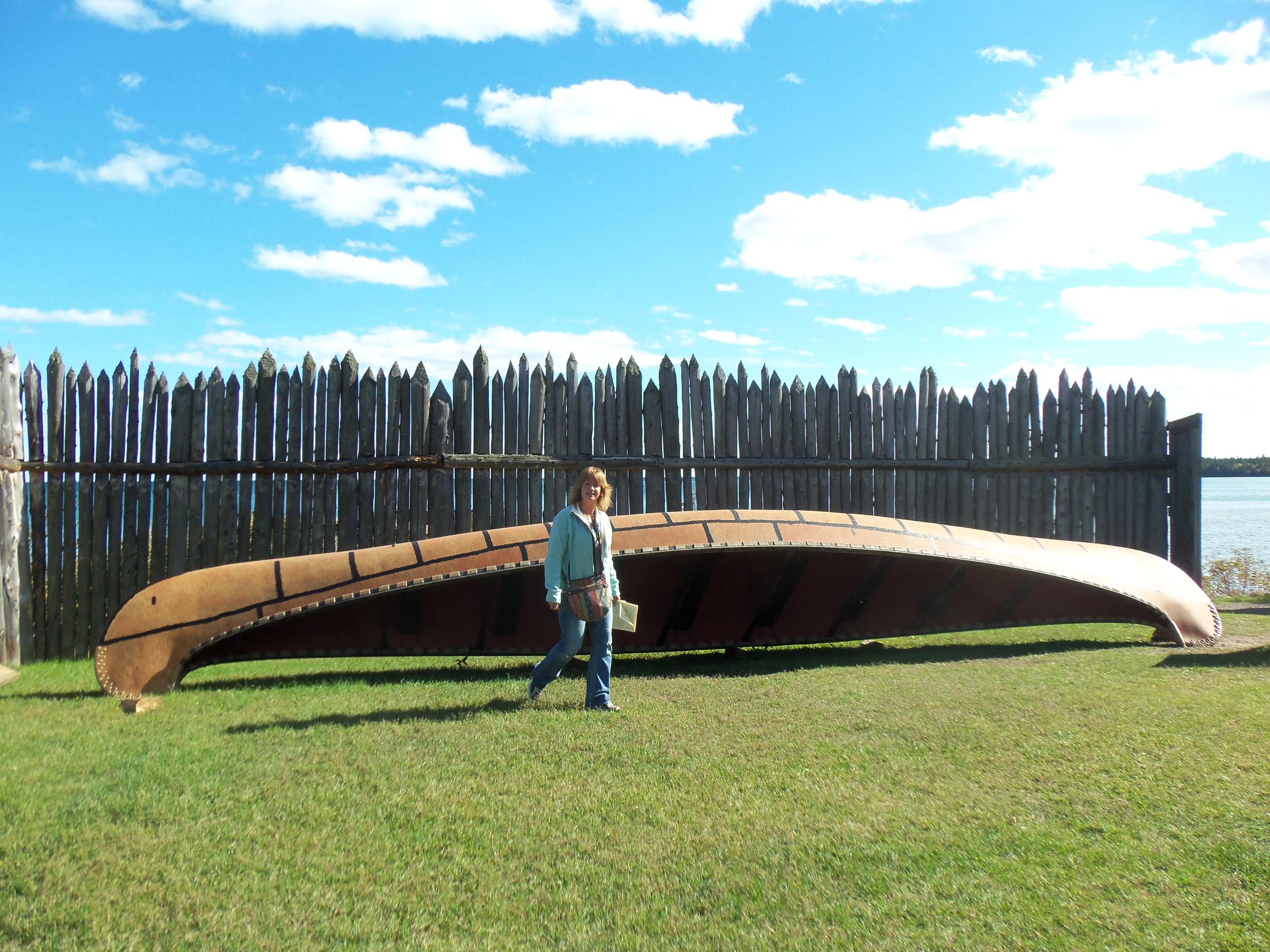 Instead of driving all the way back to Grand Marais, we opted to take 14 north and intersect Gunflint Trail further up. It was a narrow undulating road that likely didn't save us any time. But, it offered an even wilder experience & exploration of previously unforseen terrain. Which is always a good thing.

Pulled into Tuscarora Outfitters at about 5. After securing our permit, Andy suggested we explore the Centennial hiking trail which starts near the entrance of their driveway. At the trailhead were pamphlets explaining fragments of the history about the area at each of the numbered stations along the way. Much of it was about the old Paulson mine & the railroad grade that ran through here. Along the way there were a few wonderful vistas overlooking a swamp. Off in the distance, Gunflint lake even came into view. 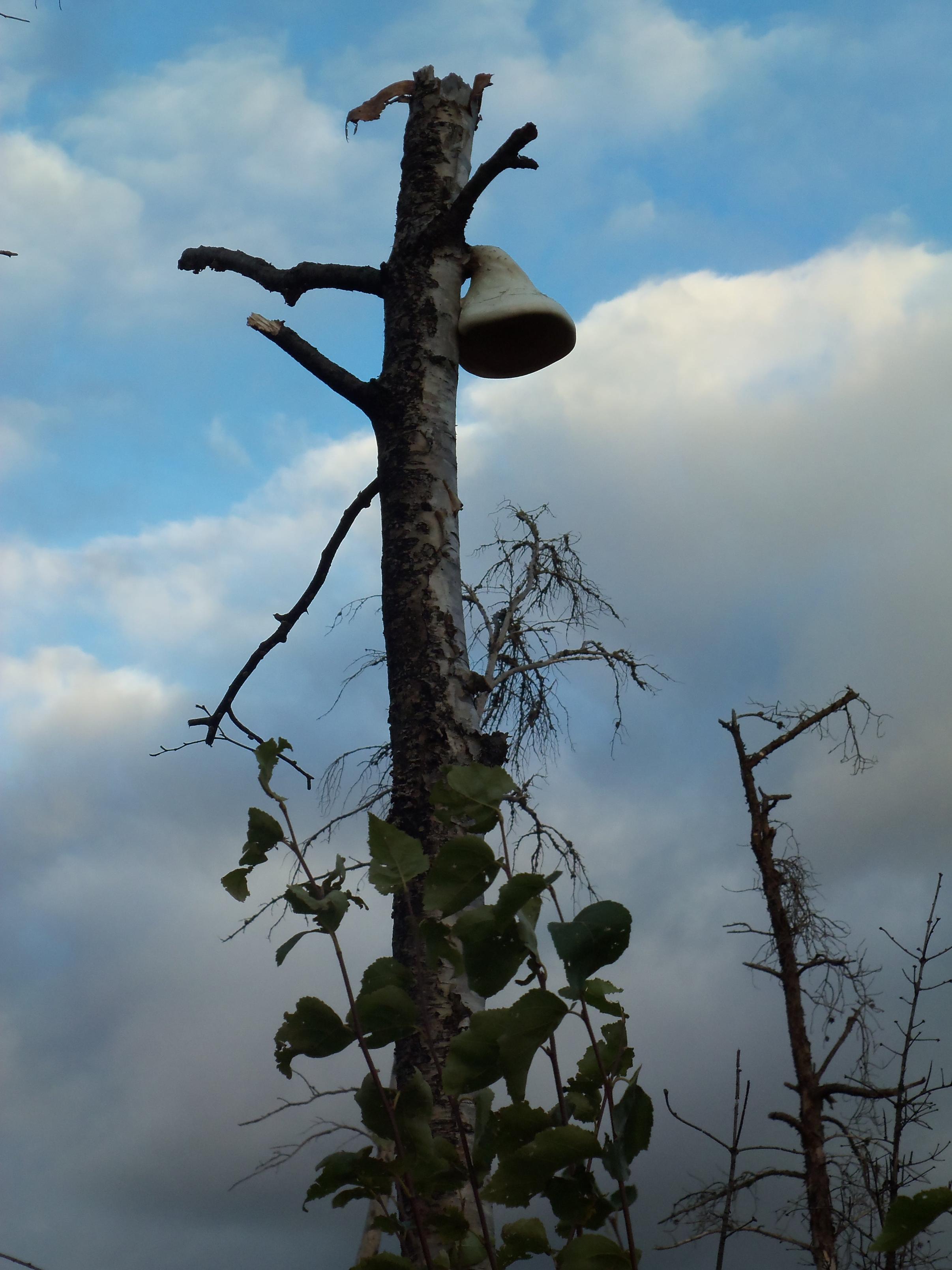 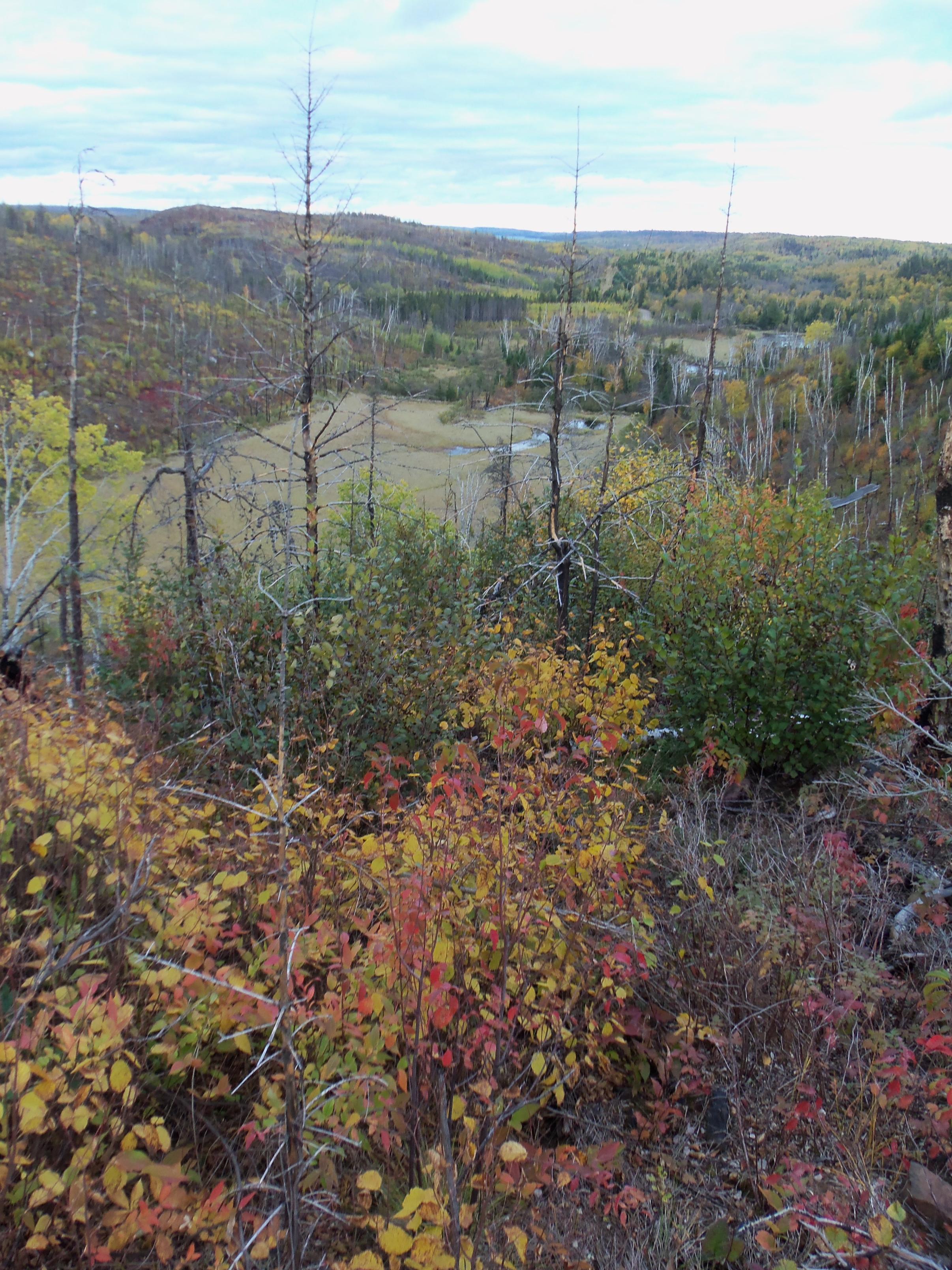 We made it approximately 1/3 of the 3 mile trail (which covered most of the interpretive stations)when we decided to head back the way we came. As we climbed up to the ridge overlooking the swamp I noticed a large dark object below. We watched from the relative safety of the ridge as a bull moose lumbered his way across the length of the swamp. This was the first time Vickie had ever seen a moose in the wild. As the bull was approaching intersecting the hiking trail 50 yards below our position, Vickie figured we'd taken enough photos/videos etc. & should head back to the vehicle;-) 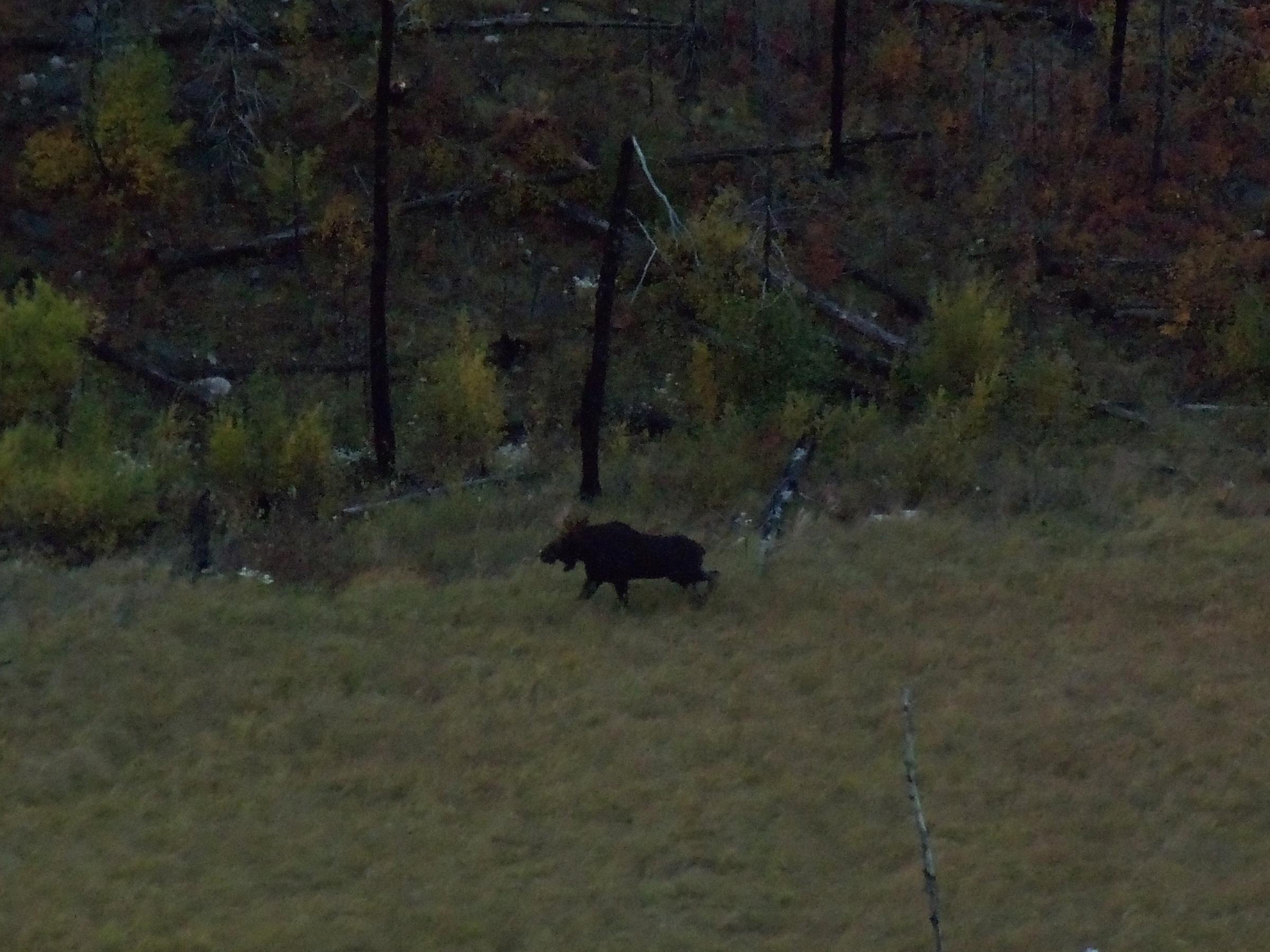 Continuing on down the trail with an ever watchful eye looking back, Vickie lead the way to the van. While trying to avert an attack from the rear..... we both nearly collapsed of heart attack as a spruce grouse, who obviously waited until the optimal moment for maximum shock value, flew up right in front of us. I say this because about all the bird did was fly straight up about 5 feet from the ground & perched itself on a branch. Now showing but little concern or fear for our intrusion. 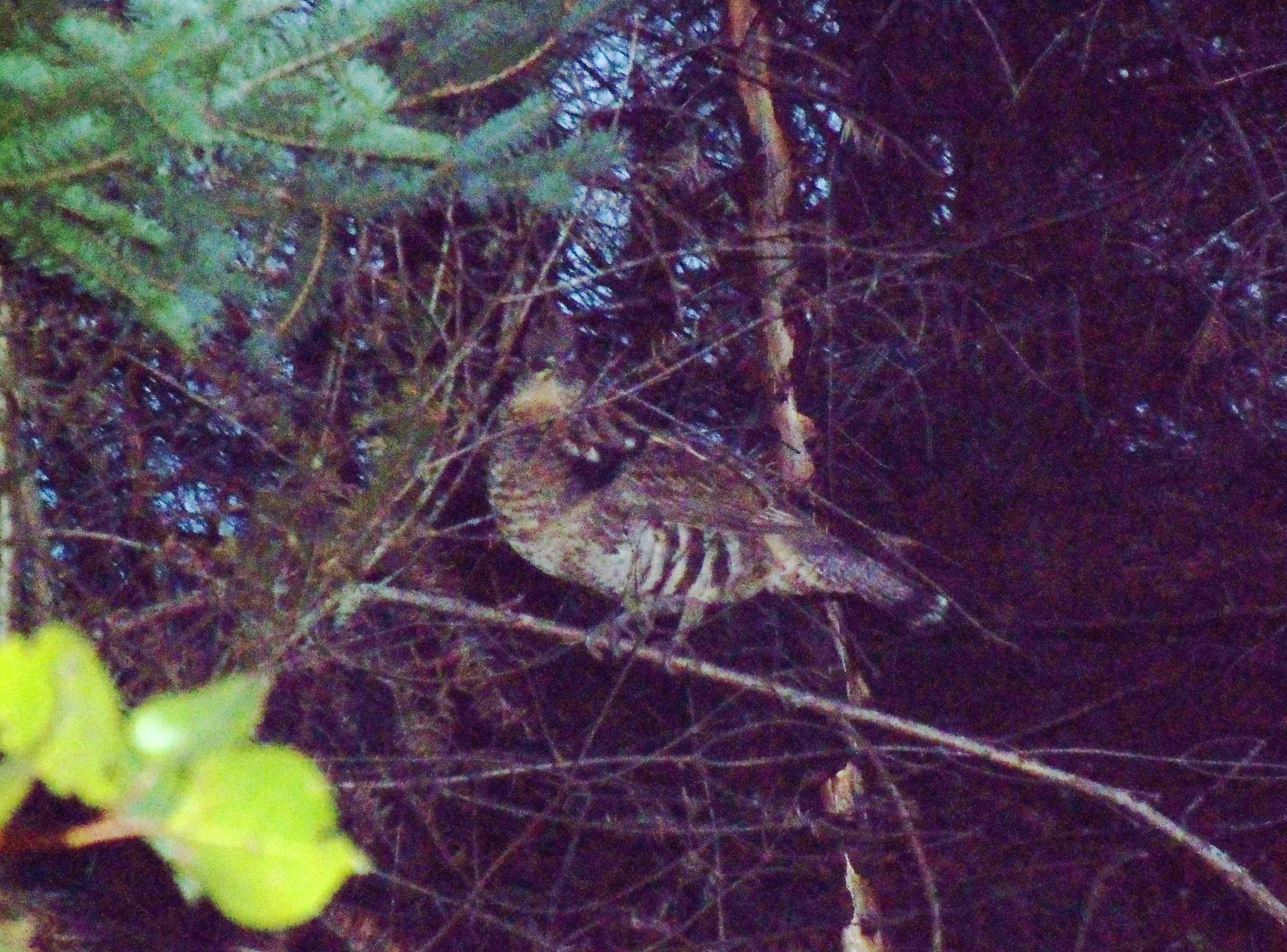 Daylight was quickly becoming scarce, so we headed back to our bunkhouse abode. After a little reading and pouring over the maps one last time we hit the sheets as we wanted to get an early start.