Trip Type: Paddling Canoe
Entry Date: 08/13/2005
Entry & Exit Point: Sawbill Lake (EP 38)
Number of Days: 4
Group Size: 4
Trip Introduction:
I am writing this because I wanted to share my first canoe trip to the Boundary Waters with everyone here. Our group learned a lot of lessons on this trip through physical hardship, but we also had a very rewarding experience. I am recalling this trip from over six years ago, so the details are not perfect. But from what I remember, it is worth sharing.
Discuss Trip: View Discussion Thread (10 messages)
Part 1 of 5
August 13, 2005 (The drive north and Sawbill Lake)

Before this trip, wilderness camping was something I had not experienced. My father had been teaching me about hunting and fishing since I was a young boy; but spending nights in the woods with tents pitched under the starlight was an experience I had not yet been blessed with.

I was eighteen years old at the time and had just graduated from Anoka High School. My trip partners were TJ (my best friend), Katrina (TJ's girlfriend and now wife), and Melissa (Katrina's closest friend). Both TJ and Katrina had been to the Boundary Waters before as a part of church groups, but Melissa and I had little experience with this kind of trip. My significant other at the time was not thrilled that I would be spending nights in the woods with a woman other than her. But we had given her the chance to go with us early in our planning and she had declined. In hindsight, she may have changed her mind and had tripped with us, if she knew her spot would have been filled by another woman. In the end, I'm glad it worked the way it did. I left the cities with a kiss from my girlfriend and an understanding that Melissa and I would not be staying in the same tent together. Or would we?

I don't remember much from the drive up or the night before the trip. However, we did stop at TJ's uncles place in Cambridge to pick up our canoes for the trip. Trying to save money on canoe rentals by borrowing them was one of our biggest downfalls on the trip. The canoes were heavy, battered, aluminum brutes weighing in at a whopping 80 and 95 pounds each. I believe both of these canoes were Sea Nymphs, which later we nicknamed them the “Sea Beasts.” We immediately realized that these canoes were awkward to lift and carry. I had never portaged a canoe before this trip and had no understanding of how it should be done. But carrying these canoes didn't make sense. There was no good way to do it without two people. Why was this you might ask? These canoes did not come equipped with portage yokes, a piece of equipment I had never heard of and had no idea how bad we would need them on our trip. But being young and dumb, we took what we had available to us and headed north without a second thought.

The drive went smoothly, probably why I don't recall much. We stopped at the Ranger Station in Tofte to pick up our permit and I got to watch "the video" for my first time. I kind of enjoy watching the video these days; it lets me take a moment to think about what a wonderful place the BWCA is and what it takes to keep it so pristine. It's just a short moment to collect myself after a long, often hectic, journey north.

The Sawbill Trail was an awesome drive. We stopped along the trail several times to get out and take a few photographs. TJ and I are both avid photographers and had many rolls of film to fill with the light of the landscape. Our group arrived safely, albeit later than we had hoped at the Sawbill landing. We were greeted with a stiff wind coming from the north and a light rain. We packed our gear into the canoes and pushed off with hopes of making it to Cherokee lake. We made a poor decision to split up the canoe teams by sexes-- the men in one canoe and the women in the other. TJ and Katrina were power paddling in the bow, while Melissa and I guided our canoes in the stern.

As we entered the main part of the lake, the wind seemed to get stronger and the rain became heavier. The girls were having a hard time keeping pace with us in the tough conditions. TJ and I had to slow down often to let them catch up to us. Our progress was slow and tiring. I might have described the experience as miserable had it not been taking place in such a beautiful setting. There is a reason Sawbill is such a popular entry point.

We paddled hard for several hours until we reached the portage to Ada creek. By the time we got there our hands were white and spongy, as if we had spent the entire day in a tub of water. It was cold and much later than we had anticipated, so we decided to rest our tired bodies for the day at the campsite adjacent to the portage.

We set up camp as the rain turned to drizzle. We pitched both tents with the mind frame that guys and girls would sleep separately; but in the end, we put all of our wet gear into the smaller tent, and we all crammed into the other tent. I was feeling a bit guilty about this set-up, but we really did need to keep our gear and us as dry as possible. Before we called it a night, TJ and I tried some fishing in the bay by the portage. I managed to reel in a very small northern pike, it was probably nine inches at most and the only fish we caught that evening. When we retired for the evening the girls were chilled to the bone, so we had them move to the center of the tent so they would be surrounded by warm bodies. Of course TJ wanted to sleep next to Katrina, so I sheepishly took my spot next to Melissa and the cold tent wall. 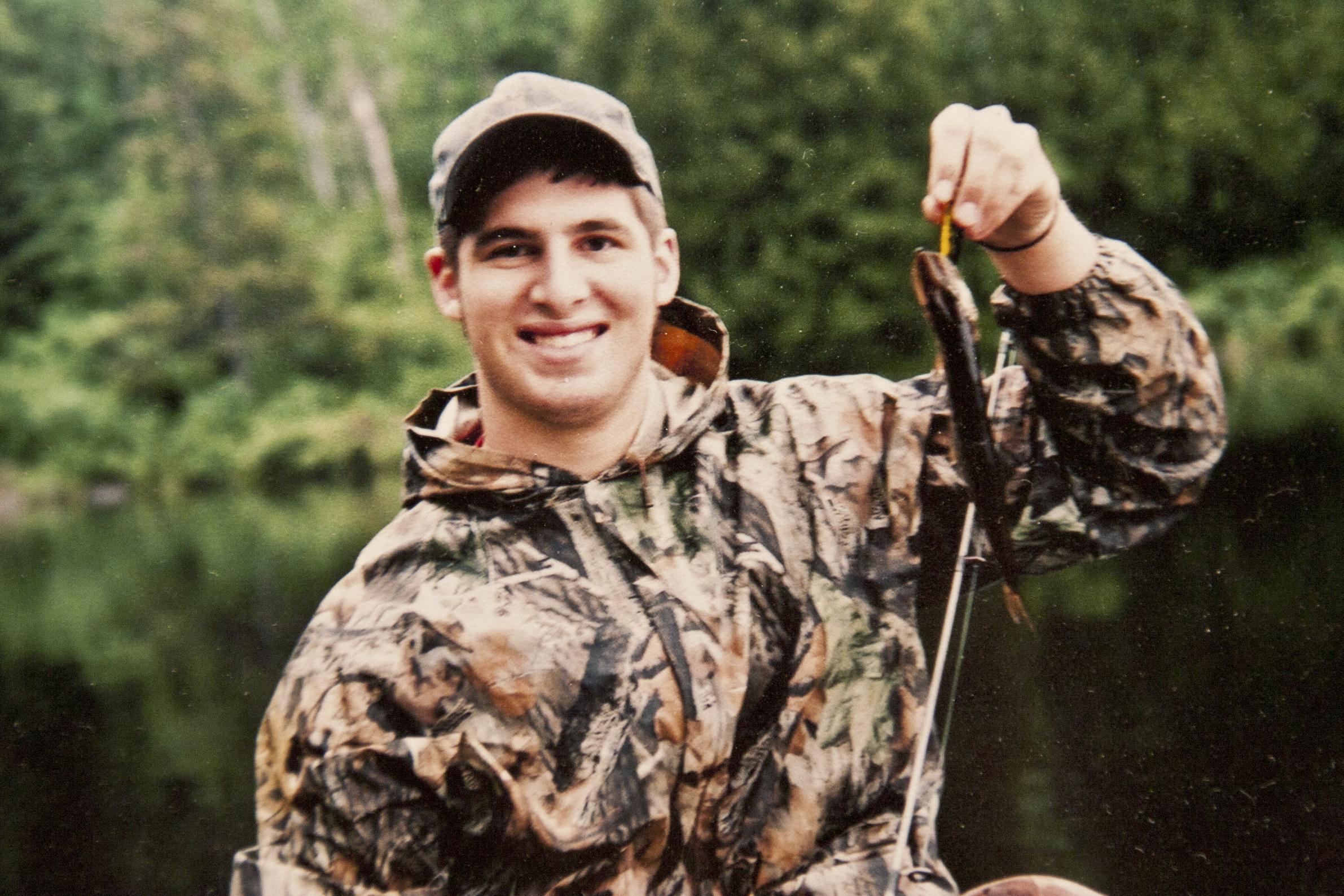