Trip Type: Hiking
Entry Date: 03/12/2011
Entry & Exit Point: Duncan Lake (EP 60)
Number of Days: 3
Group Size: 7
Trip Introduction:
Brett, Tina, Erin, Reese, Phil, Cory, Bayla (the dog), and Myself all went to the Boundary Waters for a winter camping trip the second weekend in March 2011. Erin (my girlfriend) and I met up in Duluth on Thursday night. Brett and Tina met us for Breakfast in Duluth at Sarah's Kitchen Friday morning. After breakfast we made a few stops into the Duluth Pack store where I bought a Bob Dustrude Quick Buck Saw, which by the way is awesome, and a map. After cramming all of our gear into my truck, we headed up the Shore. We rented a wall tent and wood stove from a business (The Canoeist, thanks Mike) in Two Harbors. Unfortunately Mike and his wife were at copia so we didn't get to meet him until we returned after the trip. The guy at Mikes shop pointed us toward the bait shop in Two Harbors, "Just look for the truck with the 'Bait Shop' sign in the back and turn there," he says. FYI, the truck with the sign... its not there, but we did manage to find it tucked behind a storage garage.After leaving Bemidji, we make it Tofte before a bathroom break was needed. Our destination was Hungry Jack Lodge via a stop at "My Sisters Place" for a late lunch in Grand Marais. We checked in just before dark and went to the bar in the Lodge before unpacking... The trip is well documented in the pictures with exception of the trek out on Monday (the camera got packed away accidentally). It was a great trip overall but I am sure there were moments when Tina and Erin stared into the woods pondering places they could bury me for making them do this trip... But those 2 "Non-mountain women" did the toughest winter portage (IMO) in the Boundary Waters twice (up and down) and still found plenty to smile about on the trip... victory? I think so!
Discuss Trip: View Discussion Thread (19 messages)
Day 1 of 3
Saturday, March 12, 2011

Five of us stayed at Hungry Jack Lodge (HJL) on the Friday night before we trekked into the Boundary Waters. Phil was unable to get Monday off of work like the rest of us had, and since he only had to come over from Ely, he hiked in by himself on Friday afternoon. Cory and Bayla (Cory's dog) met us Saturday morning at Hungry Jack. For the Five of us that spent the night at HJL, the morning started with an early rise to stoke the wood stove, followed by biscuits and homemade mushroom gravy made by yours truly. Before making the short jaunt to West Bearskin with our gear, we decided we had better settle our bar tab with HJL from the night before...I was expecting it to be steep considering the slight headache I awoke with but thankfully the nice folks at HJL (Forrest and Ericka) didn't empty our pockets so we thought it best to add to our tab with a round of morning mimosas! 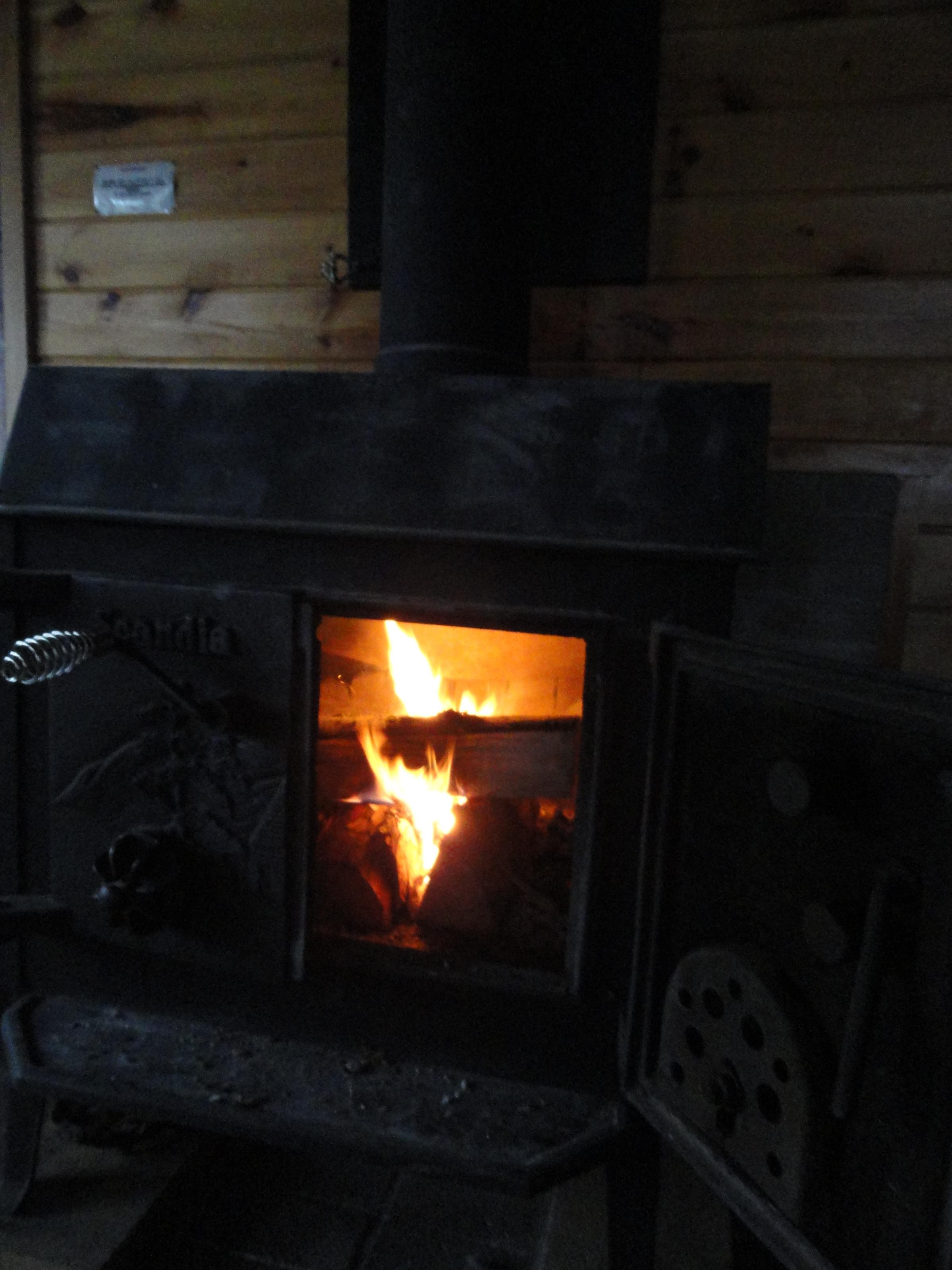 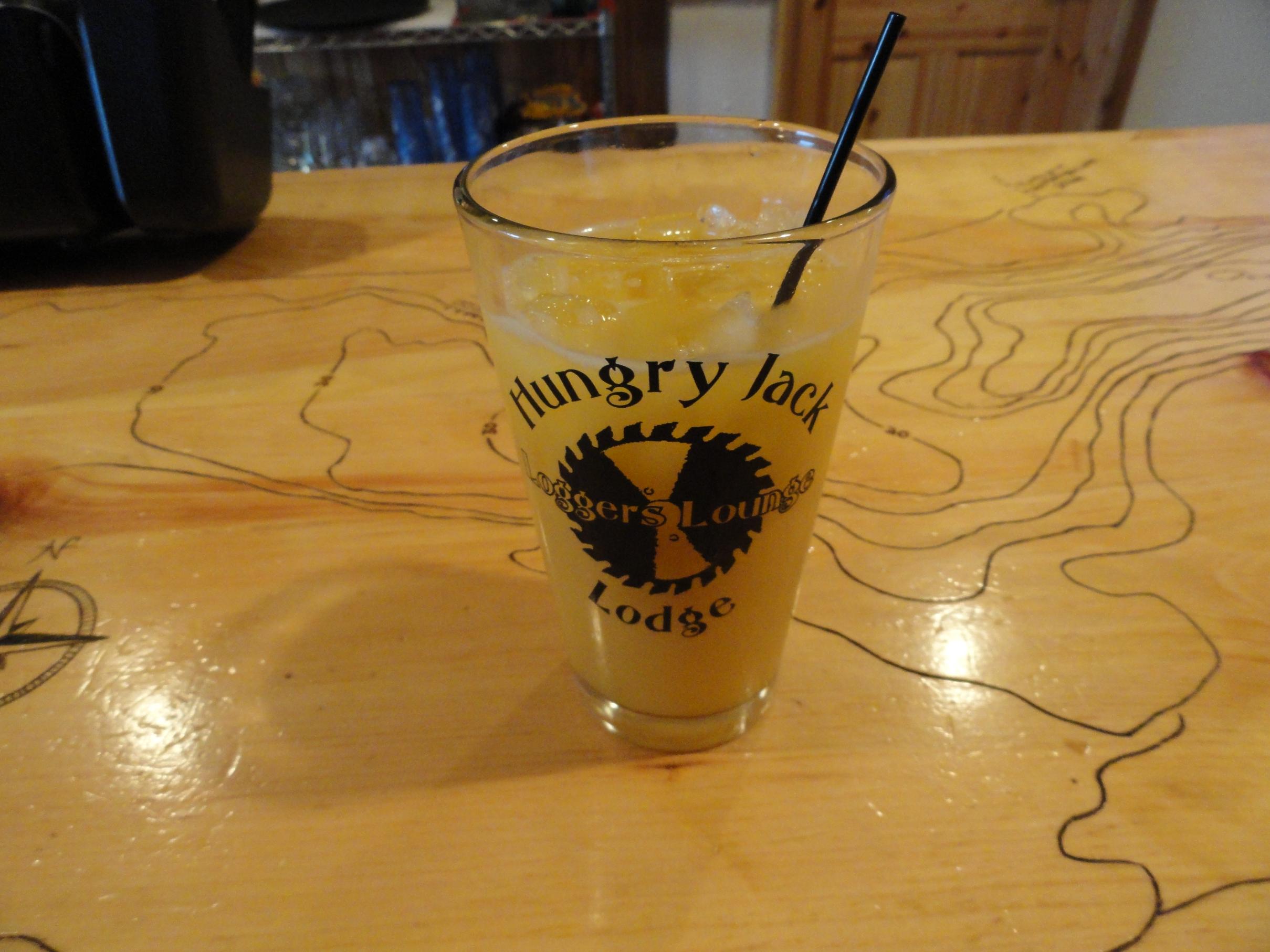 Finally, we settled the bill, hopped in the truck and drove the 1 minute down the road to the West Bearskin access. Needless to say, we packed a little heavy... 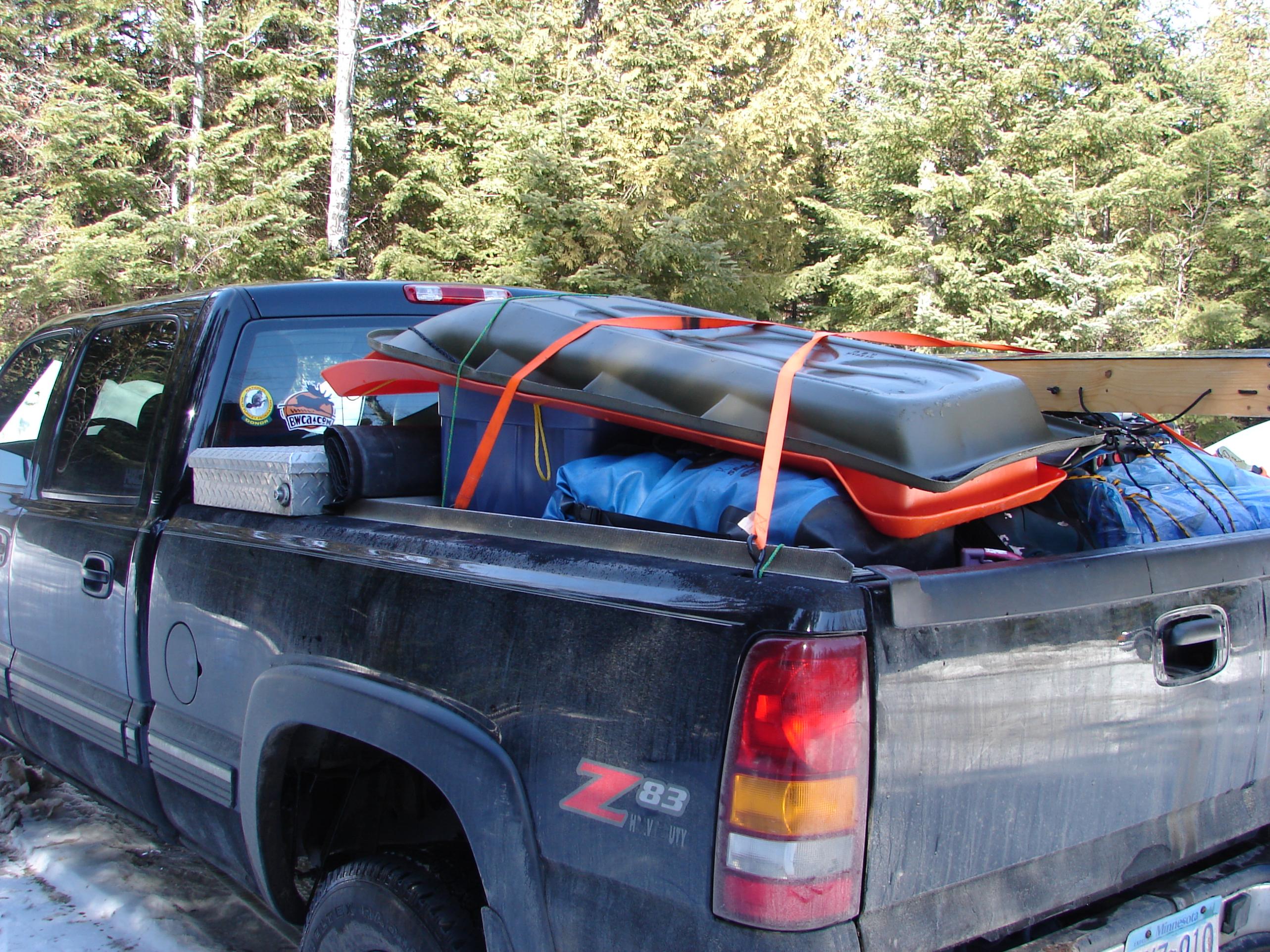 After loading the sleds in the snow we were off to cross West Bearskin heading towards Duncan. Although the parking lot at the access was full, there was little traffic on W. Bearskin. We met to guys on Duncan by the portage who were on their way out, they had also rented a tent from Mike at The Canoeist. The fishing report they gave us for Duncan sounded promising and kept our hopes up for Lake Trout on Rose. After a few minutes chatting with the other group we started the trek again, hauling the overloaded sleds across Duncan. Erin struggled a little with the load she was hauling but Cory was generous enough to allow Bayla (some type of sled dog from Greenland) to give some assistance and attached Bayla's harness to Erin's belt to help pull... sort of like Ski-jouring without the skis. It worked remarkably well and I did not catch up to Erin until we hit the portage from Duncan to Rose, the dreaded stairway portage.

Once upon a time, when was in much better shape, I spent a great deal of time rock climbing. How I wish that I would have brought my ropes with to lower (and eventually bring up) our gear down this hellish portage. Instead, it was all hands on deck in an attempt to SLOWLY guide each sled down this portage. It was a tedious task, with lots of cussing, but we made it down. Unfortunately we don't have any evidence of this because of the effort that was required to get the sleds down the hill, no spare hands for snapping pictures. Upon reaching the bottom of the portage I learned two very interesting things: 1. Phil (our friend that made it to Rose Lake the Day before us) attempted to lower his sled down the portage by himself... the sled got away from him on the lower staircase, hit a tree, and busted the front of the sled. All was not lost as he was just fine and was able to mend his plastic sled with an impressive amount of duct tape. 2. My cousin Brett had proposed to his girlfriend, Tina, at the top of the Stairway Portage overlooking Rose Lake and Canada. What girl could say no to a setting like that?! Looking back, its a really good thing she said yes, otherwise the rest of the trip could have been awkward! It's important to note that Brett and I are cousins. Erin and I, and Brett and Tina each had our first dates together (but separately) on the 4th of July in 2007. We didn't plan it and didn't even realize it until a year or so after. Kinda cool, except that when they beat us to the punch and got engaged... in our presence, and I had/have no plans of doing this same then or anytime soon... well... lets just say that got served a little crap for not keeping pace :)

The rest of the day was spent setting up the tent, gathering fire would and celebrating a new engagement in our cozy, warm, wall tent. The party continued late into the night (9:30 pm... we were exhausted) while sipping on our Growlers from Fitger's and Box wine. The other three in our tent slept on cots while I was on the floor on my sleeping pad (Reese and Cory were in Cory's tent and Phil in his portable fish house). My thought was that if the fire in the wood stove went out, I would be the first one to gt cold and could get up to stoke the fire. The good news is it worked, I was the first one up every time. The bad news is the wood we cut during the day was not nearly as dry as we had hopped and I was up A LOT during the night nursing coals back to life. It was a pretty restless night for me and we awoke chilly and tired. Here are some more pictures from Day 1: 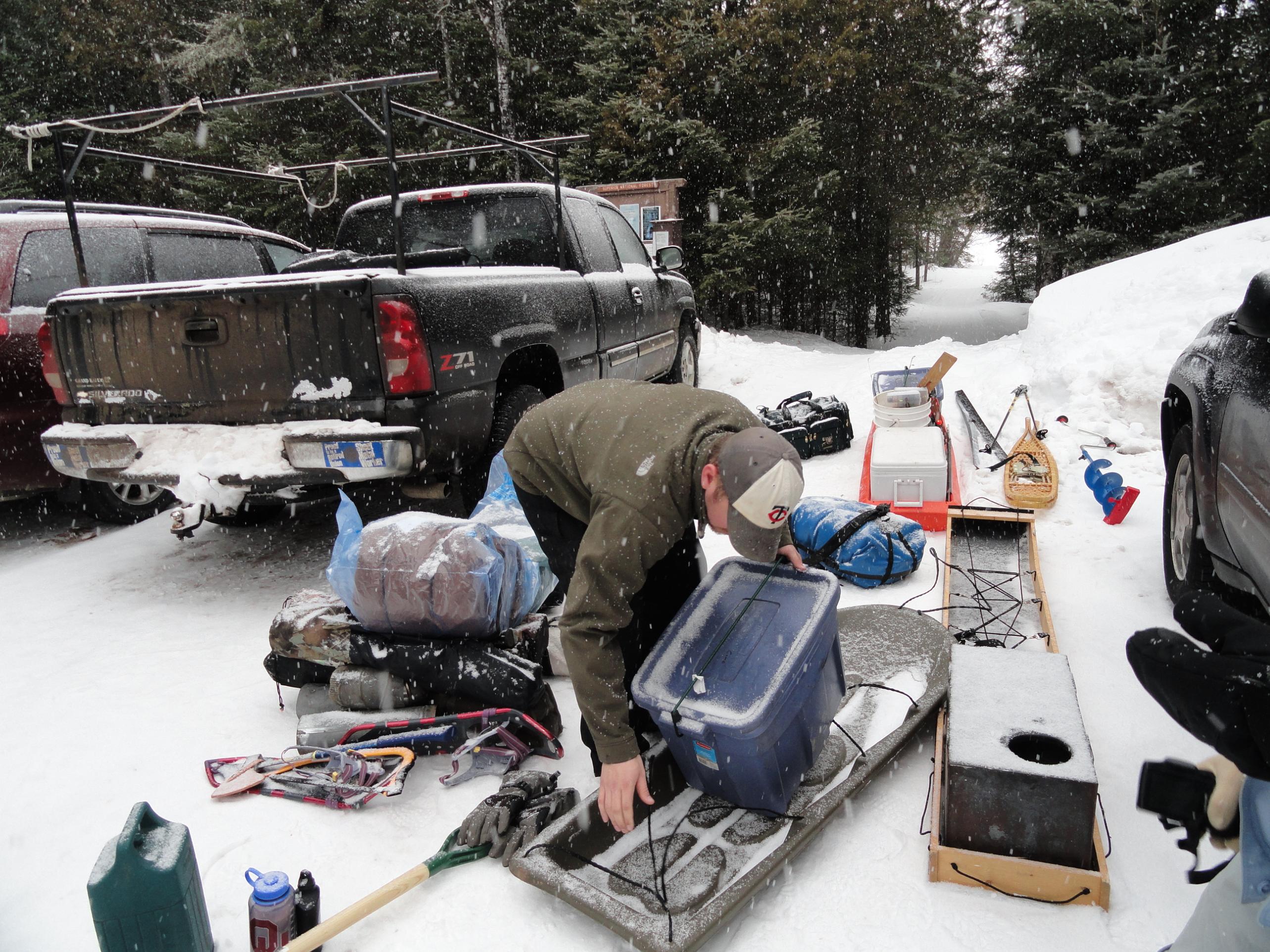 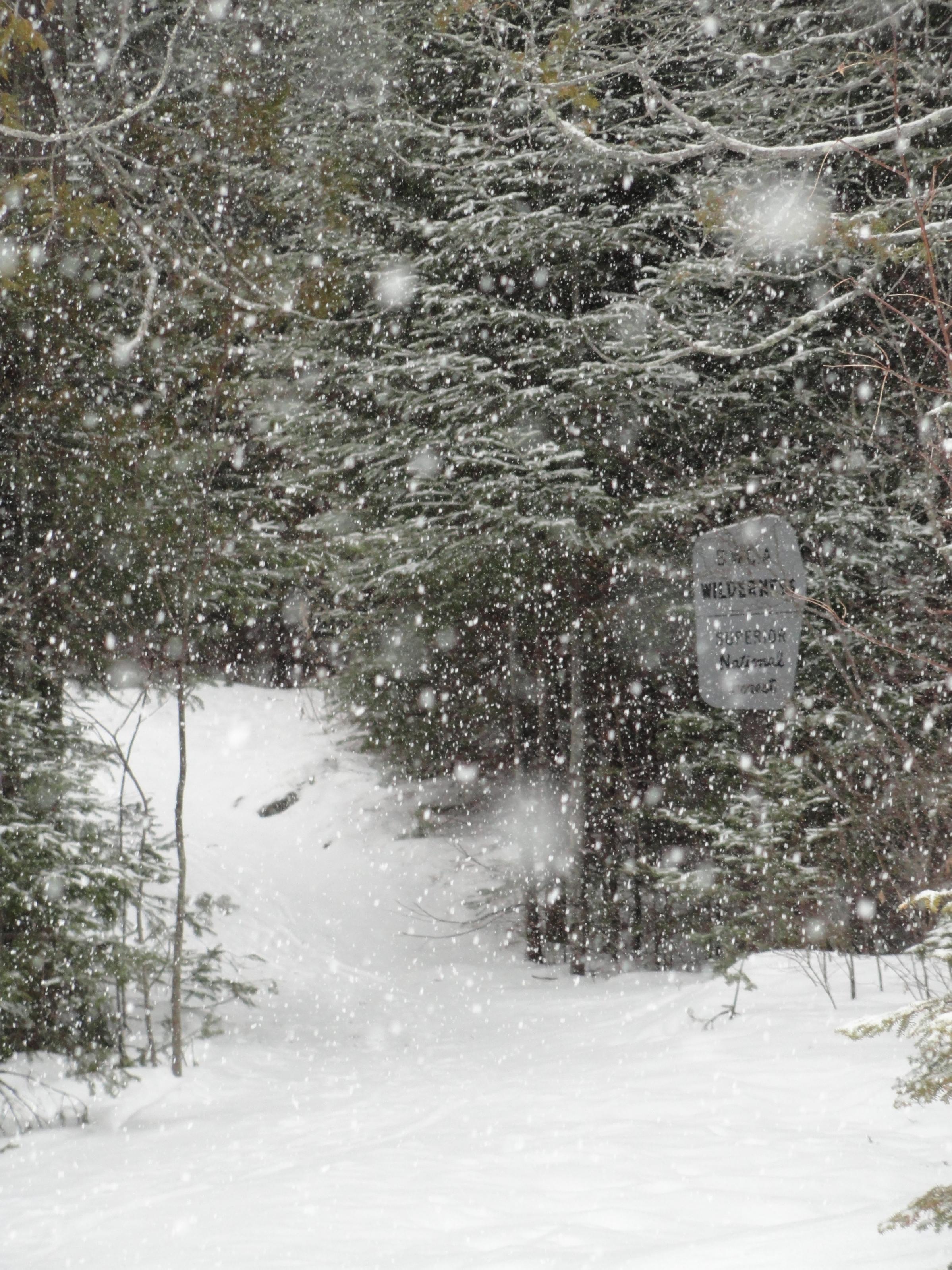 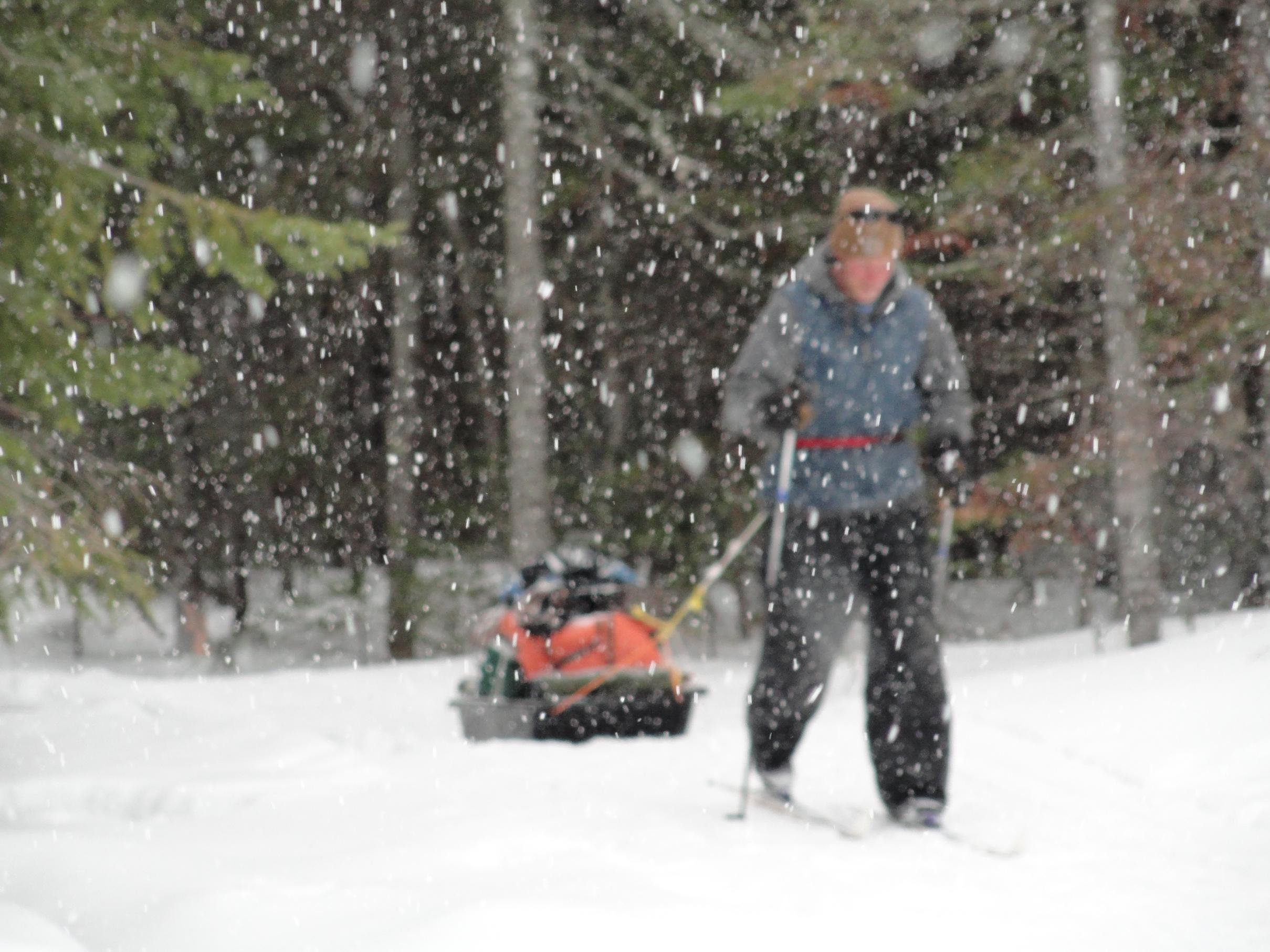 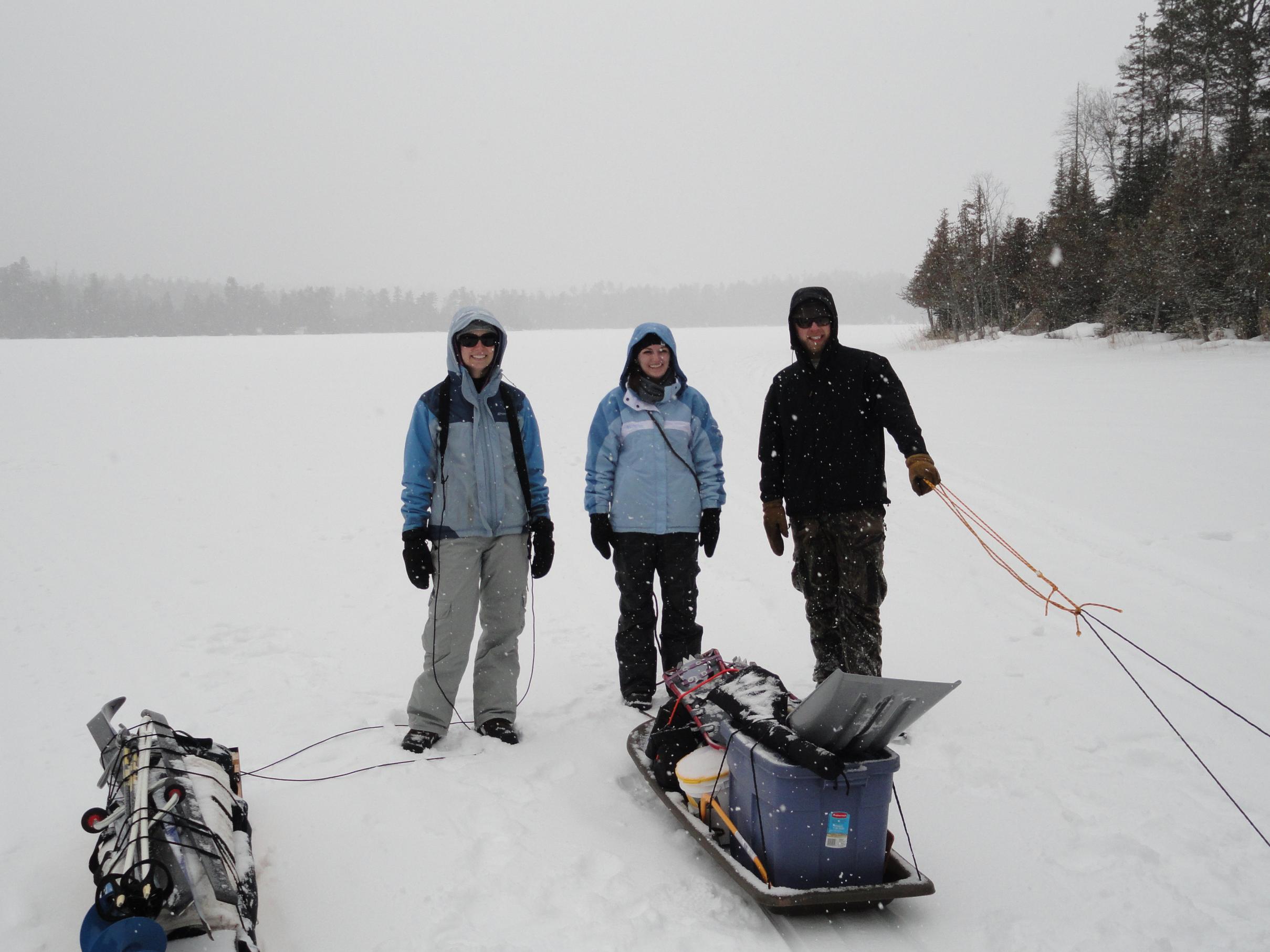 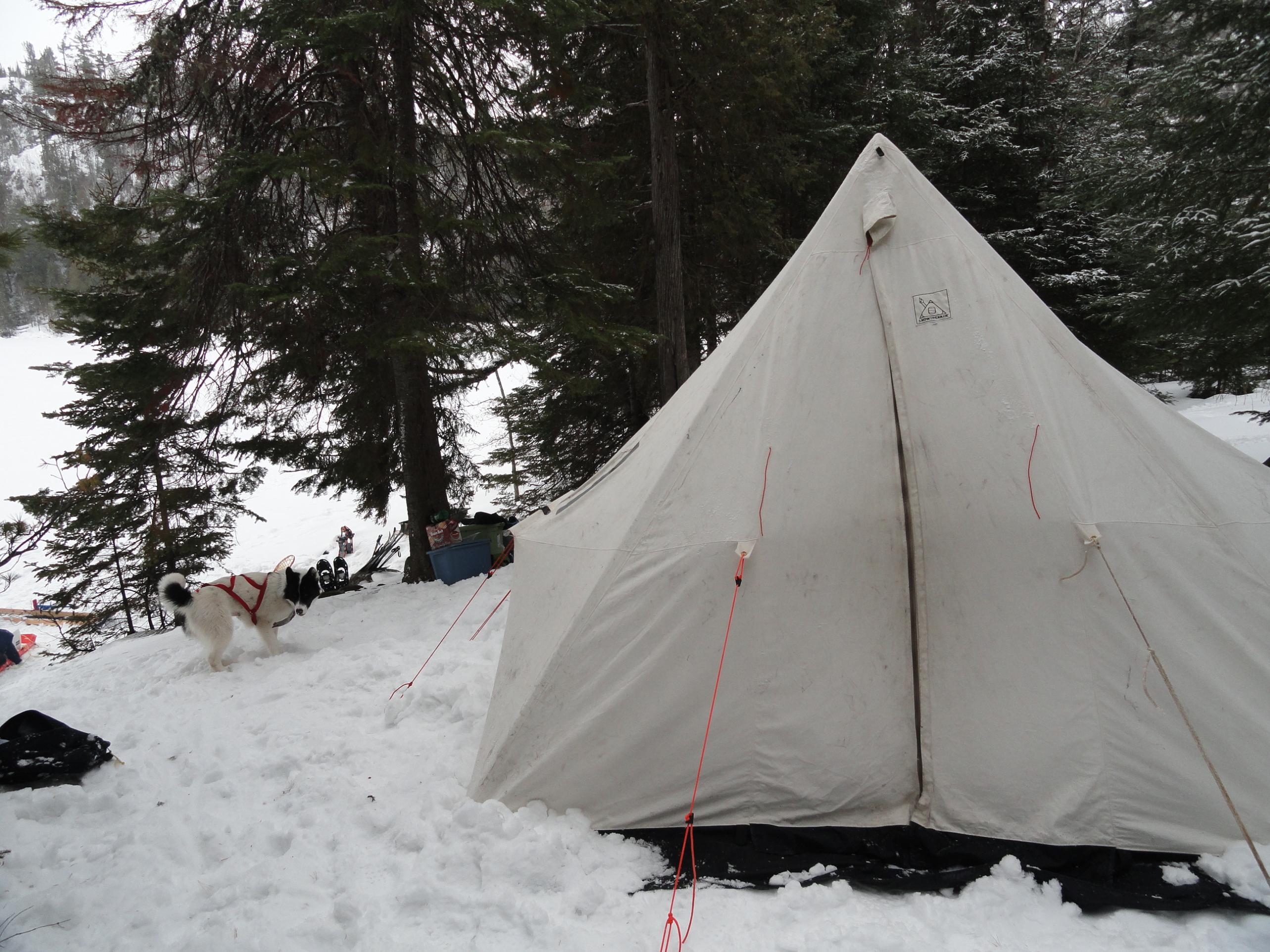