Lake One; Getting off the beaten path.
by paddlefamily

Trip Type: Paddling Canoe
Entry Date: 05/20/2011
Entry & Exit Point: Lake One (EP 30)
Number of Days: 4
Group Size: 4
Trip Introduction:
I try to plan an all-women trip every other year. So myself, and four friends decided on a loop beginning at Lake One. Two have been to the BW many times, two were newbies. With a forecast of rain and occasional thunderstorms, we set off down the north arm of Lake One. On a beautiful, 60 degree, sunny day.
Discuss Trip: View Discussion Thread (9 messages)
Day 1 of 4
Friday, May 20, 2011

Deciding to take the longer way in for variety, we headed toward three short portages that take you onto the main body of Lake One. It was the maiden voyage of our new, Wenonah Boundary Waters. Loved paddling her, she was light and stable.

Paddling was uneventful and portages easy. The water being much higher caused the rapids at the second portage to come in with quite a current that had to be crossed, directly in front of our landing. With some trepidation, we crossed the current. No dumping, but not very delicate. We were happy to get beyond those. Spotted morel mushrooms near landing. Left them for the next person to discover.
Continued through Lakes Two and Three. Wind was strong from the S/SE. Realized later in calmer areas how much work we were doing to stay straight. Tucked back in to the bays of Lake Three. Gorgeous area with some prime campsites. All were occupied. Jumped from Horseshoe, Brewis and Harbor with the final destination being N Wilder Lake. Being that most campsites were occupied the entire trip, we were a little concerned about finding a site.
Found a wonderful, empty campsite at about 3pm on North Wilder. Another small group came in a short while after us and took the other. After the warmth of the day, we dumped our stinky bodies in the refreshing lake. Amazing how mild the water temps felt. Cool, but not freezing. Site had nice tree cover and so we set up the tarp, knowing we might be spending some time there in the "living room" watching rain.
Ate beans and rice with homemade smoked chicken. Topped everything with cilantro and cheese. Nothing like eating, sitting on a camp chair, appreciating the hard work and fulfilling day. Tossed in my fishing line. Bites, but no fish. Curious painted turtle followed me along the bank. Maybe he wanted my lure? 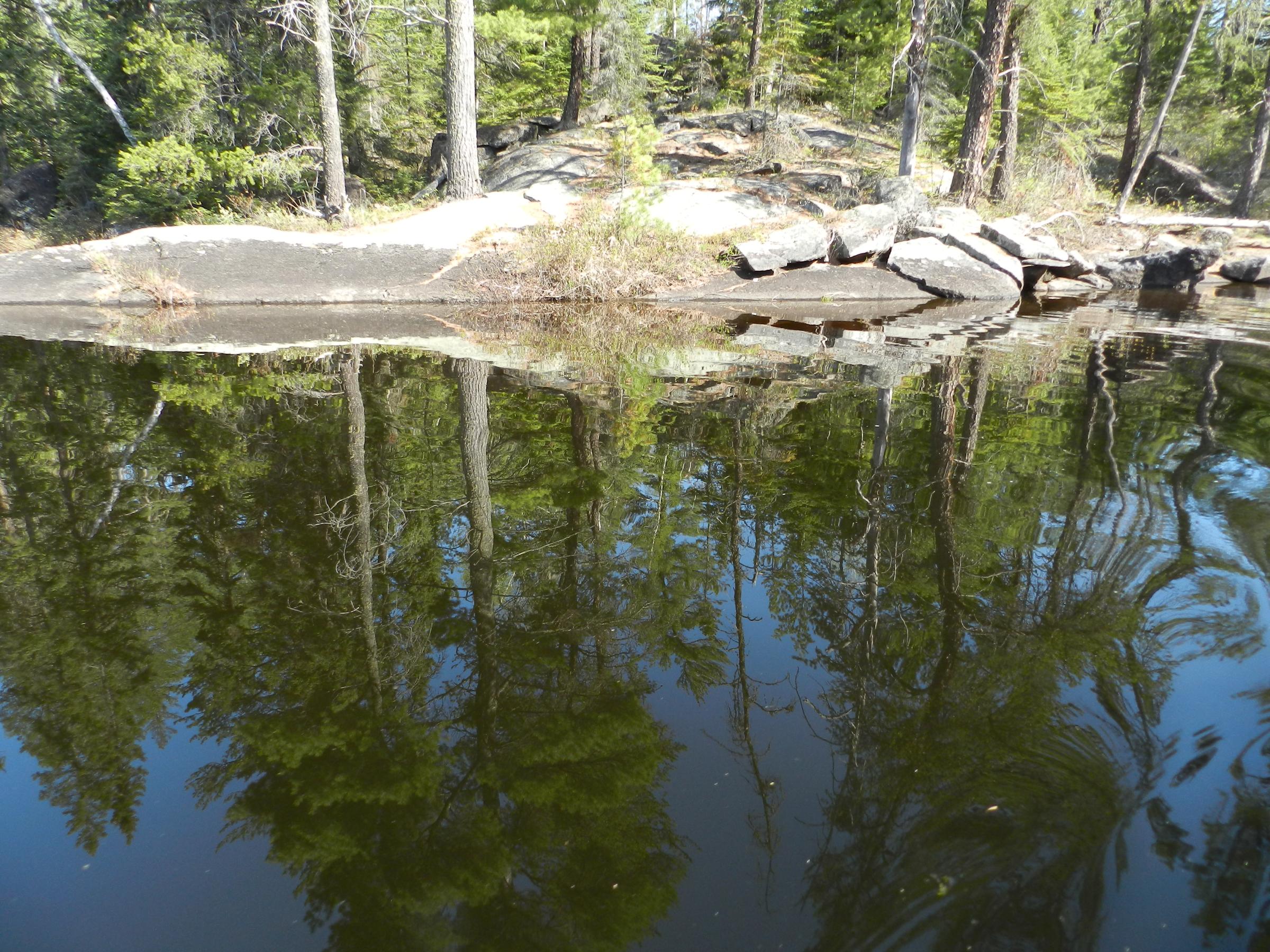 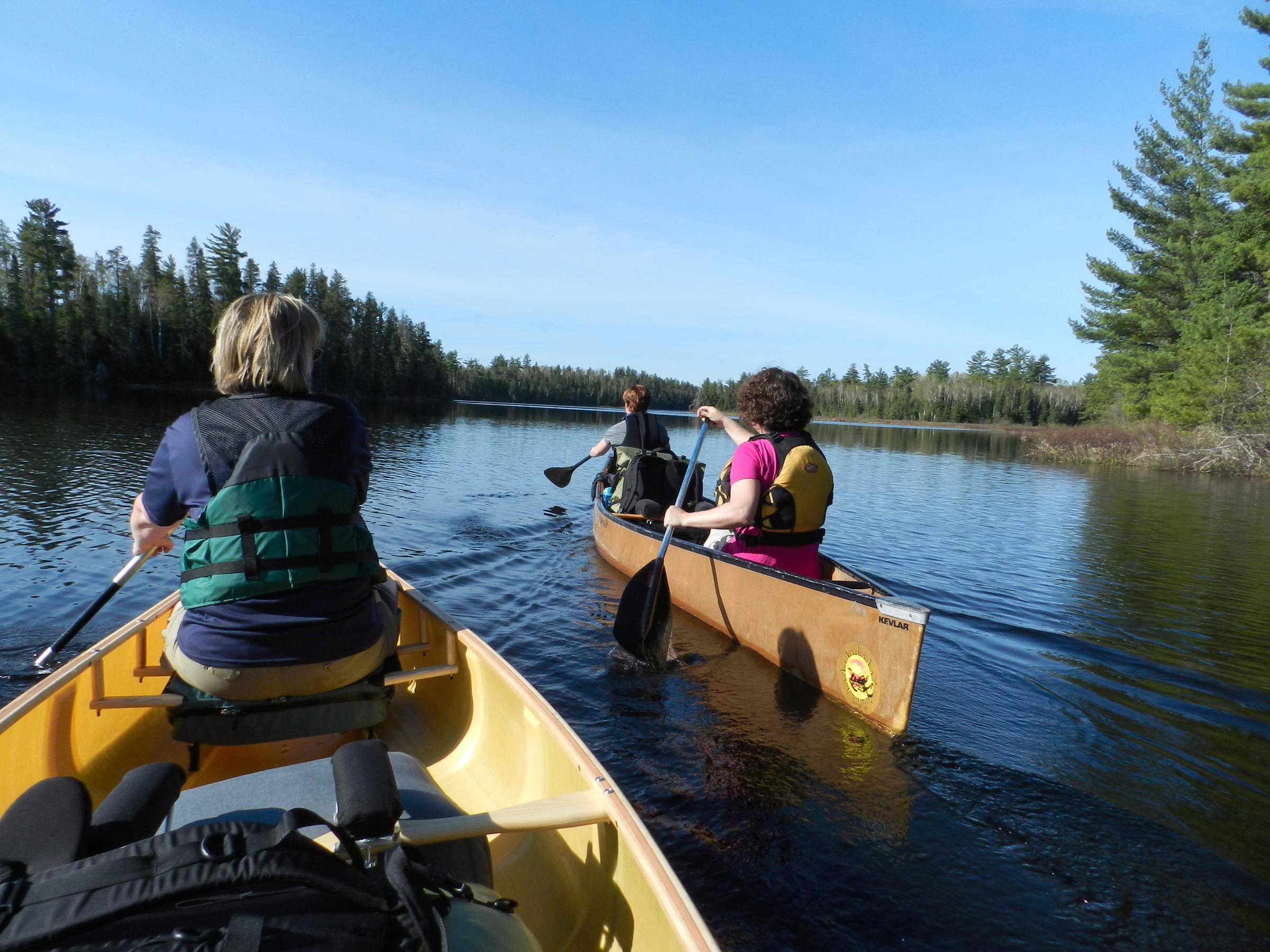 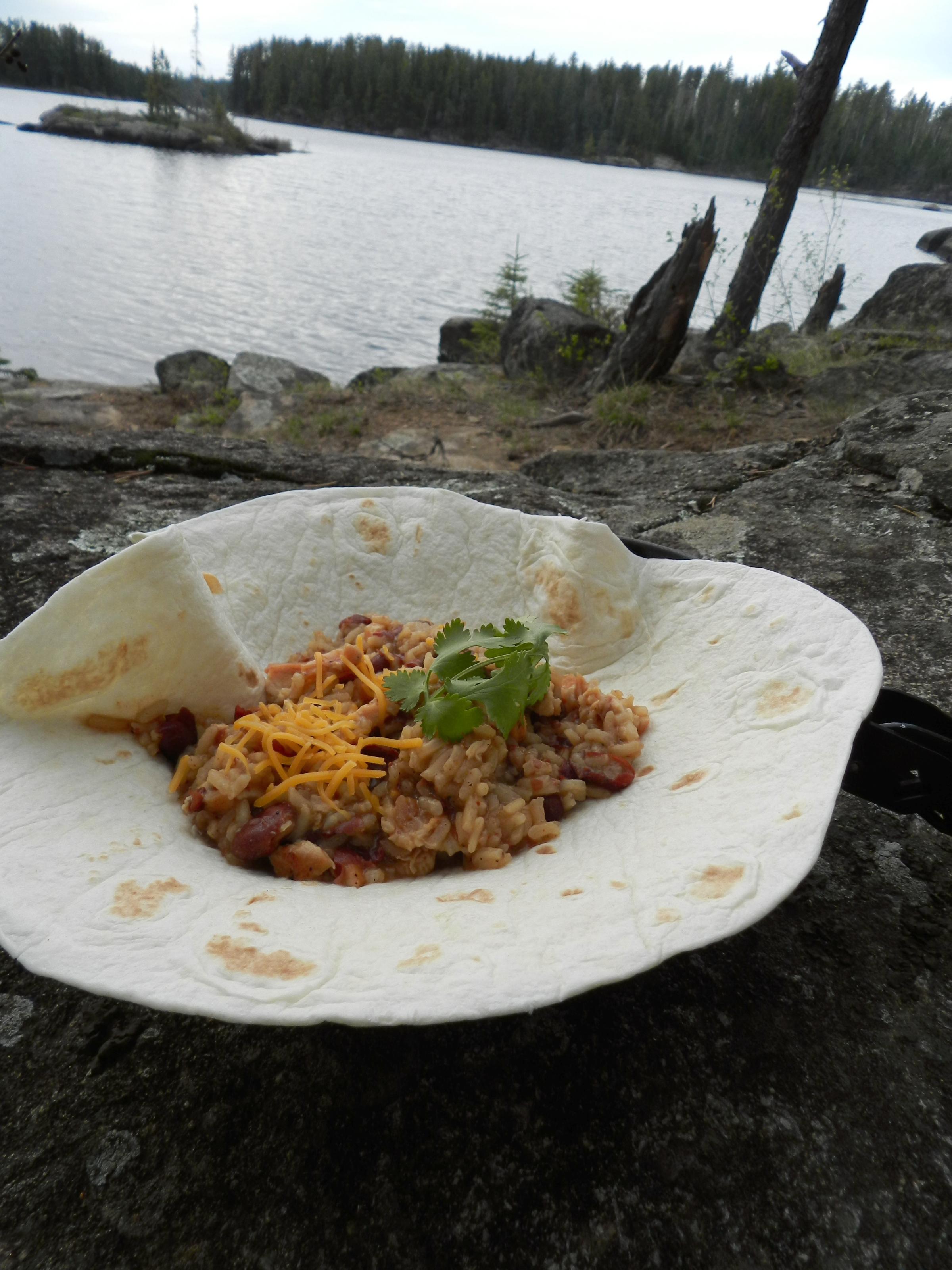 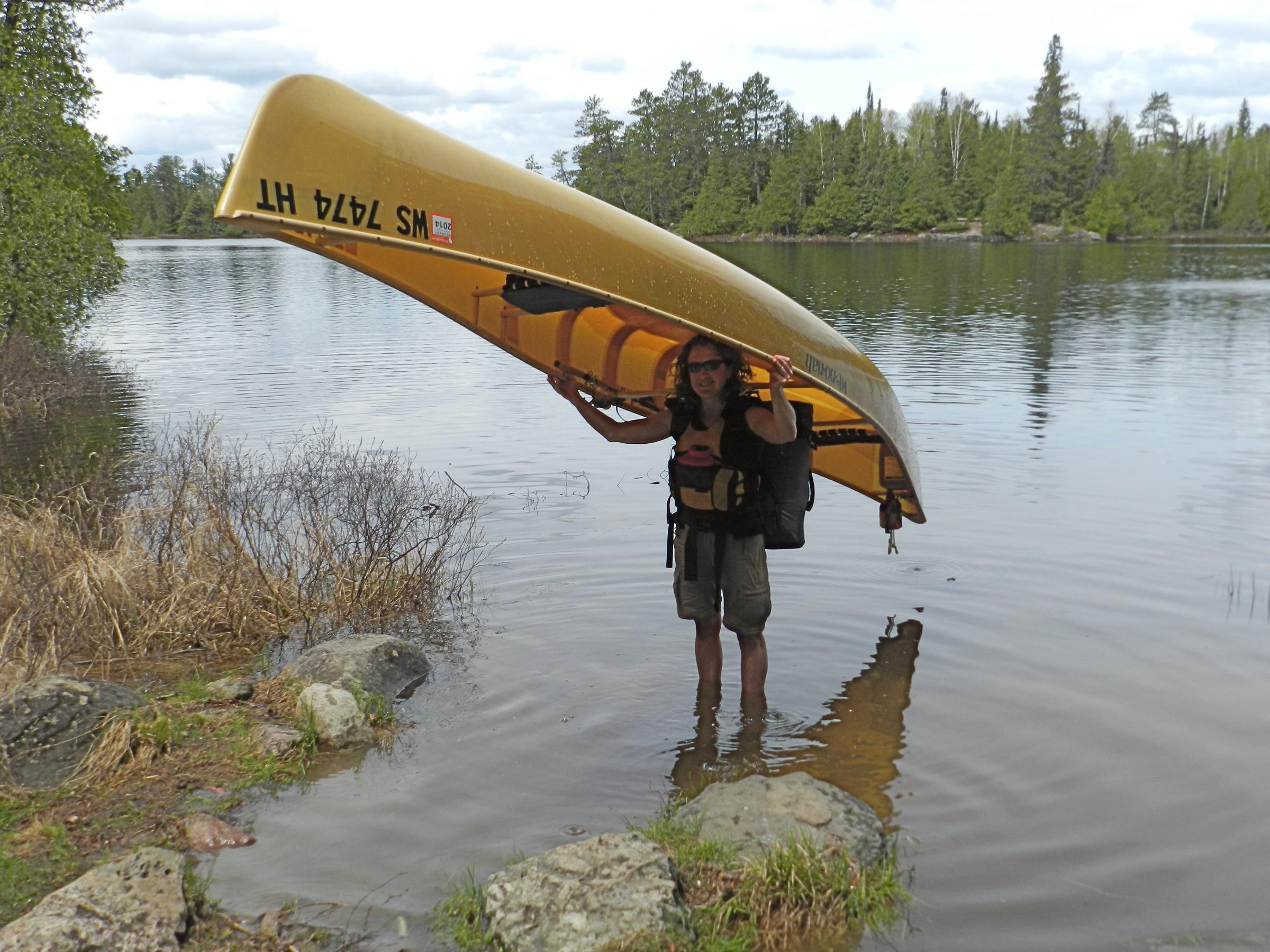 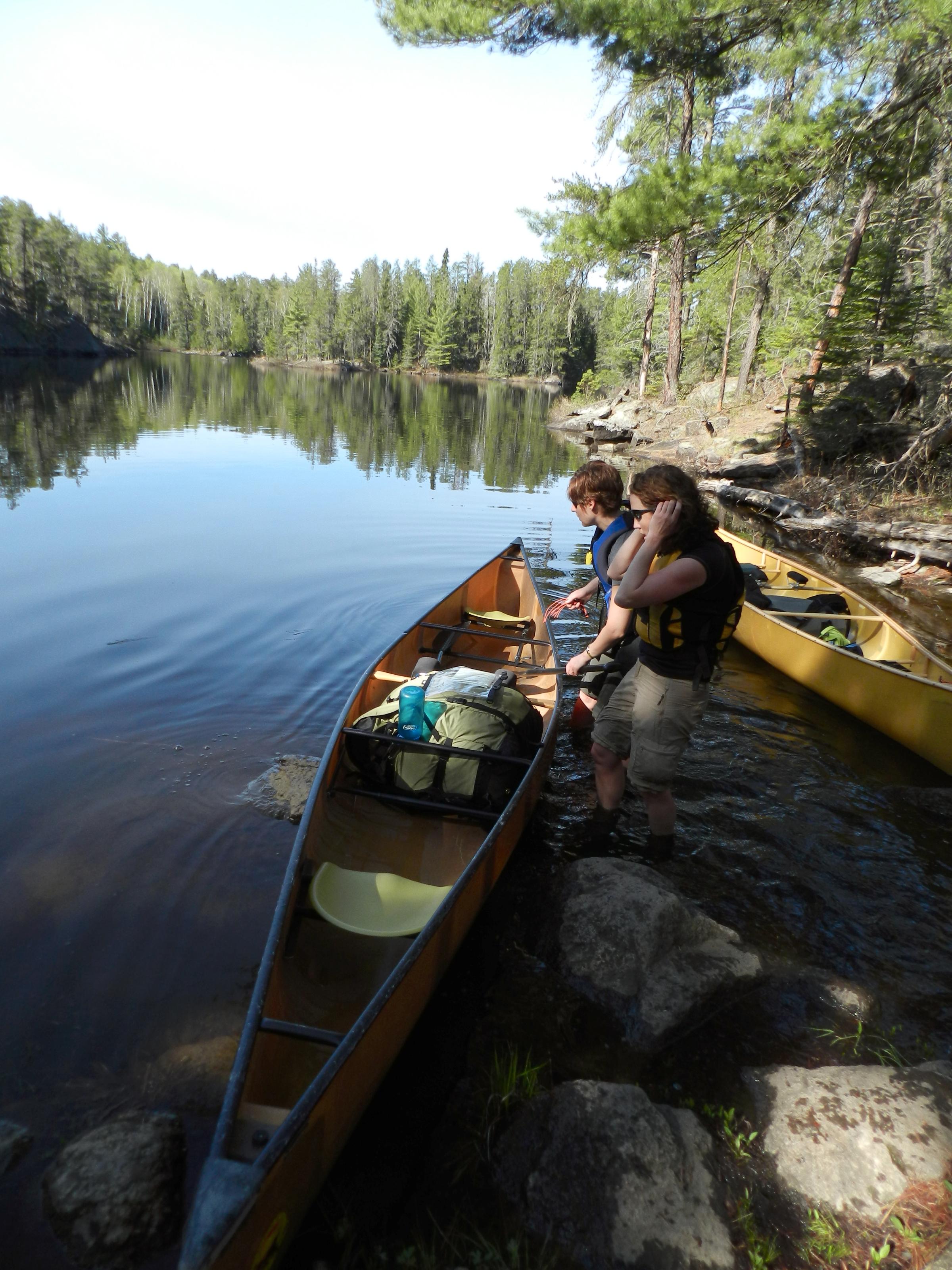 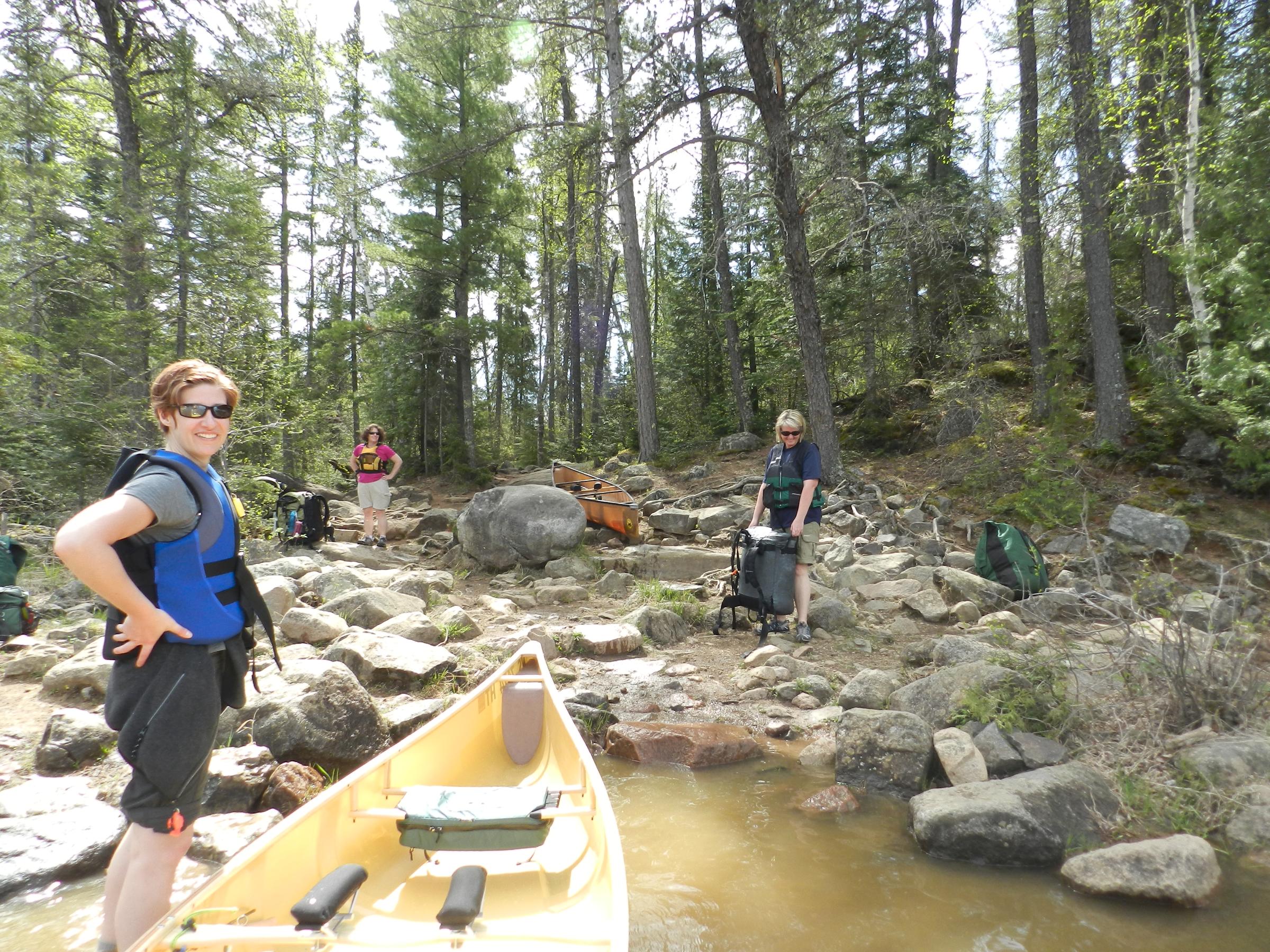