That morning we met at the outfitters and had J.B. drive us down to Moose Lake. We had a tow set up with the Vosburgh Custom Cabins Company to take us up along the border, dropping us at Birch Lake. It was a great morning to start our trip, beautiful blue skies, warm and not too windy.

We followed the right shore of Birch Lake to a 40 rod portage into Carp Lake. Skirting the south end of Carp, we came upon three short portages and one 75 rod trail into Knife Lake. We stopped by the island known as the Isle of Pine. This was formerly the home of Dorothy Molter, also known as the Root Beer Lady, one of the last permanent residents living in the BWCA. We had planned on having our lunch there but the north wind was picking up so we decided to keep paddling and have lunch later.

As we continued our paddle, we started trolling for lake trout. We caught now nice ones before we got to our campsite across from Thunder Point. Thunder Point stands 150 feet above the lake with a quarter mile trail that leads to a panoramic view overlooking the Canadian border. It was still windy after we set up camp so we decided to just hang out. Temperatures were close to 70 degrees and the sky was still a brilliant blue.

We planned our next day’s travel that evening. We had nine portages to Frazier which would bring us through the worst part of the blowdown area from the infamous 1999 “BWCA Storm of the Century”. The Forest Service had plans to start a controlled burn of this area and we figured we’d get a chance to see some of it. 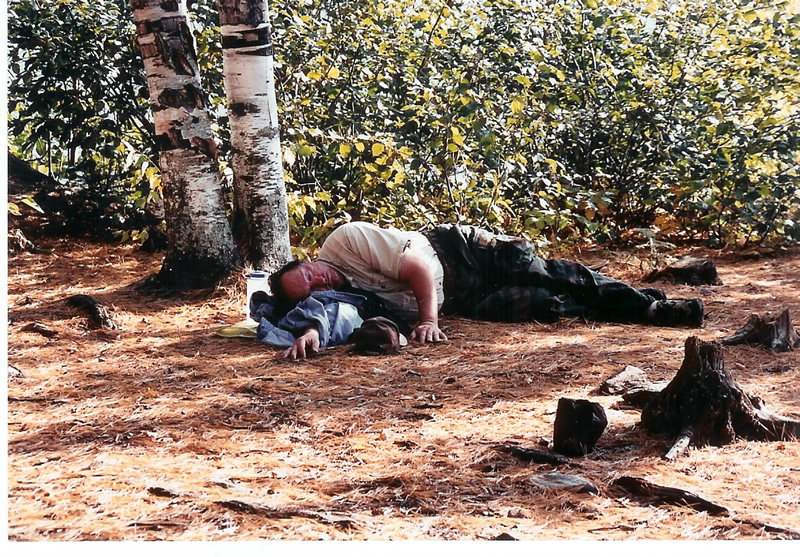